Let’s say you’re near the top of Krenitsyna Volcano in the Kurils, you’ve applied the Strategic Stratovolcano Stratagem to secure some imminent sunny weather, you have tents with you, sleeping bags and gas stoves (no firewood up there) and all the rest, which you’ve carried with you 500+ meters along the vertical and 9km on foot (7.5km to the edge of the caldera; 1.7km to the pond), you dump it all down on the grass (or put up the tents straight away if the weather’s still poor), sit on the very edge (ideal spot – very comfortable) and are ready to behold the most mind-blowingly picturesque volcanic scene on the planet… 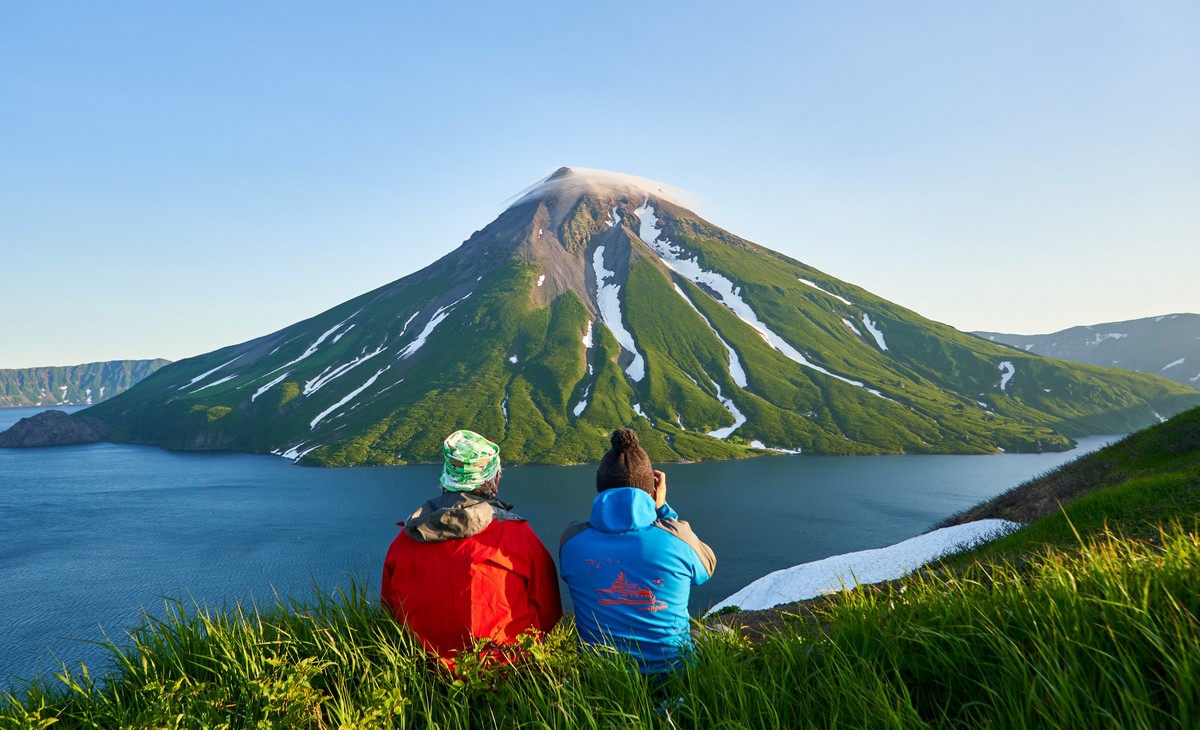 Next, you just sit and wait. Everything will work itself out. Namely, that just-mentioned most mind-blowingly picturesque volcanic scene on the planet slowly but surely comes into full view. Oh my grandiose! Then, you just stay sitting there, unable to tear your eyes away from it – as if you’d want to ).

END_OF_DOCUMENT_TOKEN_TO_BE_REPLACED

Herewith, a continuation of my narrative about the most beautiful volcano in the word, the king of all volcanisms on the planet (and in the Solar System, surely:) – his royal highness Krenitsyna Volcano! Here he is:

END_OF_DOCUMENT_TOKEN_TO_BE_REPLACED

Now we’re done with the northernmost Kuril islands, and it’s time to head south. On the right hand side, we see two islands Antsiferov and Makanrushi. I’ve not heard anything interesting about these two, which is why we pass them by without calling in; perhaps there is something worth seeing that I don’t know about. If anybody knows of something worth seeing on those islands, let me know and I’ll try and visit them next time I’m around this way.

Next on our Kurils route comes sunny Onekotan, a truly remarkable and delightful place! What makes it so special is the Krenitsyn volcano, the most beautiful volcano in the world, positioned at the island’s southern tip. No words or comments can match its beauty… This is the king of all volcanos! A stunning creation. Oh… and there I was trying to steer clear of “words or comments”. Even just looking at these pictures, it takes your breath away… Wow!

END_OF_DOCUMENT_TOKEN_TO_BE_REPLACED

The next northern Kuril Island on our expedition was Paramushir. If you look southwest from Kamchatka you can’t miss it – dwarfing, and just to the left of, tiny Atlasova where we were the previous day. It’s more than 100km in length and up to 30km across. The whole of the island’s surface is covered in volcanism both old and new – and very active, with its main volcano having erupted as recently as in 2016. That volcano was Ebeko – whence came the towers of smoke and ash we saw back in 2018 over on Kamchatka while walking along the shore of the Sea of Okhotsk.

To climb up Ebeko on a clear day had been a dream of mine ever since we made it to the top in 2014 in horrendous conditions: cold, wet, windswept, and visibility down to next-to-nothing. But this year – just the opposite: warm, dry, windless, and visibility up to scores of kilometers. Hurray!

First – a bit of factual background on Ebeko. It’s a stratovolcano of a multi-faceted structure with several craters at the very top. In fact, the topology of the volcanic activity is so complex that one of the craters was found to be a separate, independent volcano. Not that that really matters. The main thing was that it was a clear sunny day; that meant one thing – we were off up Ebeko and it was going to be a heavenly experience!

This is where we were headed: 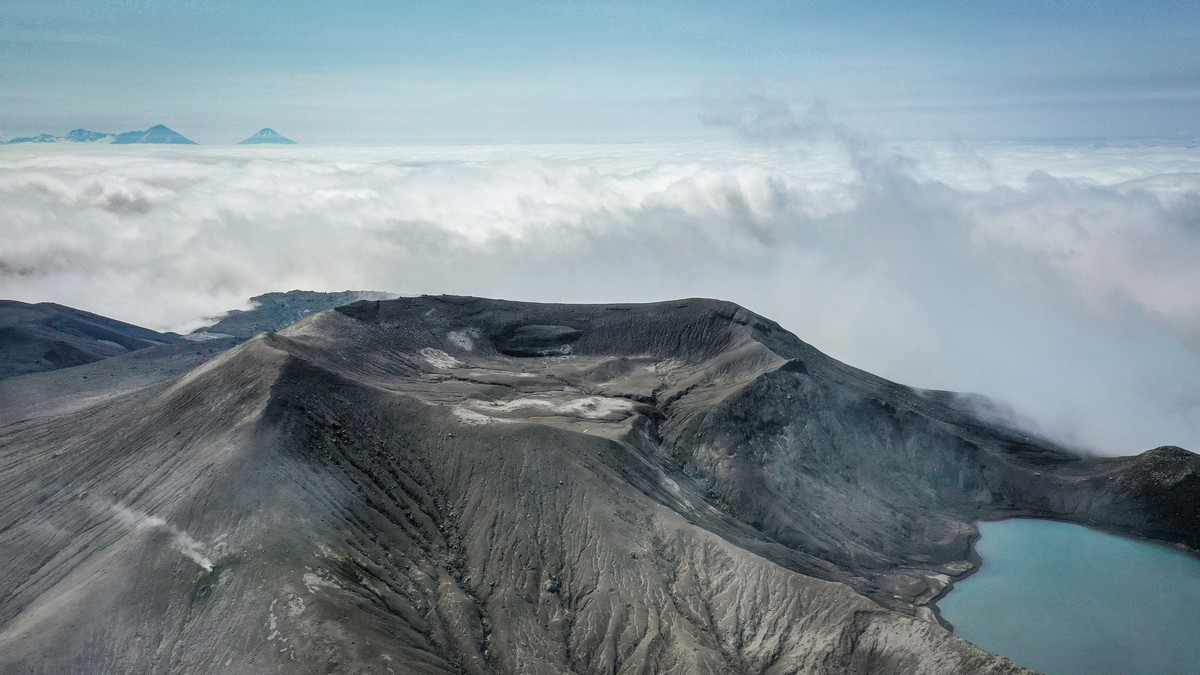 END_OF_DOCUMENT_TOKEN_TO_BE_REPLACED

If the internet is to be believed, there are a total of 56 Kuril Islands, not including the many separately standing and/or grouped rock formations. In all I’ve walked upon 14 Kurils, which doesn’t sound much; however, I chose well – they’re among the most interesting.

As I mentioned earlier, we were going from the northernmost to the southernmost Kurils. The first, northernmost Kuril is Atlasov Island, which is basically a volcano-island, the volcano itself being called the Alaid (pronounced A-la-eed).

The Alaid is 2285 meters high, making the island not only the tallest of all the Kurils – but also of all Russian islands (didn’t know that; isn’t the internet just great?:). And since the depth of the Sea of Okhotsk around these parts is around 800 meters, the total height of the volcano from the bedrock under it is a full three kilometers. An impressively colossal construction!

But enough of statistics. The main thing about this volcano-island is how it looks. It’s just so smoothly spherical. So much so, our guides told us how many Japanese who visit say it’s even more beautiful than their sacred Mount Fuji!

I could write at length describing the stunning symmetry of Atlasov-Alaid, but, as I often say, why bother when I’ve lots of photos – plus a video (of the time-lapse variety, no less)?! Here you go ->

END_OF_DOCUMENT_TOKEN_TO_BE_REPLACED 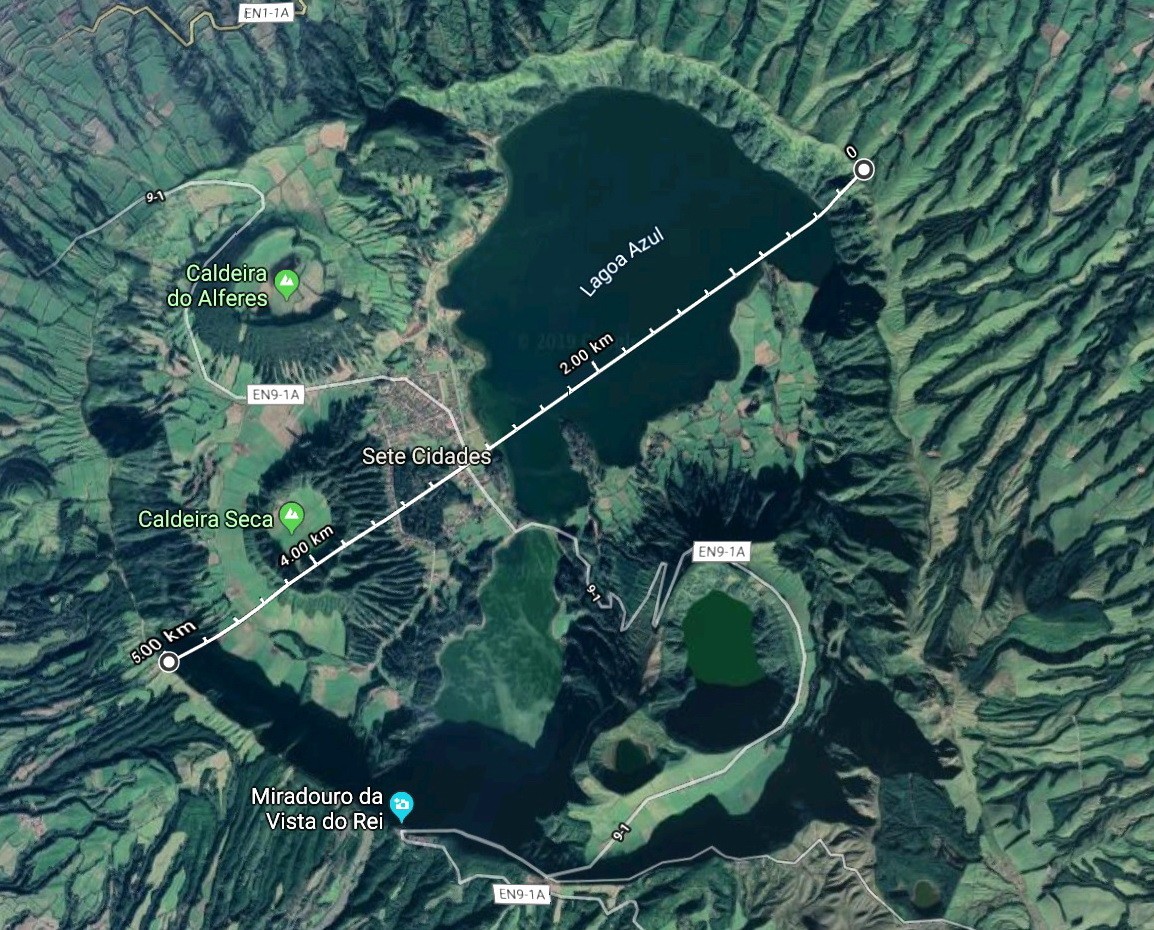 END_OF_DOCUMENT_TOKEN_TO_BE_REPLACED

Since Ecuador itself and also its Galapagos Islands are both crammed with snowy-peaked volcanism, you might have expected that, after a full two-week expedition there, we’d have been to the top of at least some volcanoes. Well, I guess I would have expected the same too. However, we were on a take-it-easy, contemplative/meditative trip – not a high-octane, stamina-stretching, intense, head-down, onward-and-upward marching one. And one other not unimportant reason – actually, more important than the one just given – is the fact that the snow-capped peaks here are all almost stratospheric – clocking in mostly above five, and sometimes even six thousand meters high. And as any keen volcanist knows – that means acclimatization needs taking very seriously and lots of specialized kit is required; but, like I said – we were in chill-mode throughout the whole expedition, not serious-mode.

However, we did get one teenie-weenie bit of volcanism in – up the ‘easy’ volcano that shrouds Quito: Pichincha. Here are some pics therefrom:

END_OF_DOCUMENT_TOKEN_TO_BE_REPLACED

Our tour of the Galapagos was over. All that was left to do was fit in our traditional few days of ‘decompression’ after the extreme part of our expedition before we were to head back home. This was to take place back on mainland Ecuador…

…So much for the ‘decompression’ bit: for our next Ecua-dish on the menu was… volcanism ). Yes, we headed over to Cotacachi Volcano and its lovely caldera/lake called Cuicocha – here – around two hours drive from Quito.

The height of the caldera differs depending on whom you ask – among locals, various internets, and our own GPS locators. Our locators gave us figures which tallied with what the locals told us: from 3100 to 3450 meters, making the lake around 3km above sea level! And it all looks something like this:

A fairly easy path runs the full way round the lake, which takes around four or five hours if walking at a gentle pace (decompression, remember?:) – or six or seven hours if non-stop-stopping for snapping the super scenery, which is of course what we did. It’s a wonderful day’s walking, and the path is helpfully dotted with clear signs:

END_OF_DOCUMENT_TOKEN_TO_BE_REPLACED

I think this day was the most Ecuad-awesome of all during our boat-based excursion of the Galápagos Islands. Two islands in one day: one with brightly-colored iguanas; the other – with similarly wonderful wild animals and sensational sunsets. The latter wonderful wild animals – I’d been expecting them sooner or later as I’d heard about them before, but here they finally were, in the flesh – Galápagos penguins! Yes, you read that right: penguins! Who’d have thought it – on the equator of all places?!