Here we were – in the sunny Galápagos islands, after having flown in from the mainland and boarded the small ship we’d be on for the next seven days. And like I’ve already mentioned, on every one of those days we were treated to one large extraordinary Ecuad-awesomeness, plus several smaller ones. But let’s start with day one, whose main Ecuad-awesomeness was – the blue-footed booby!

Before your imaginations get the better of you, here are the boobies:

END_OF_DOCUMENT_TOKEN_TO_BE_REPLACED

After several days of our habitually lowland-residing organisms struggling to cope with the extreme altitudes of the Ecuadorian highlands, plus a wholly unusual seeing in of the New Year, our willy-nilly-wonky route returned us back to sea level and to the Galápagos Islands. Oh yes. Here: 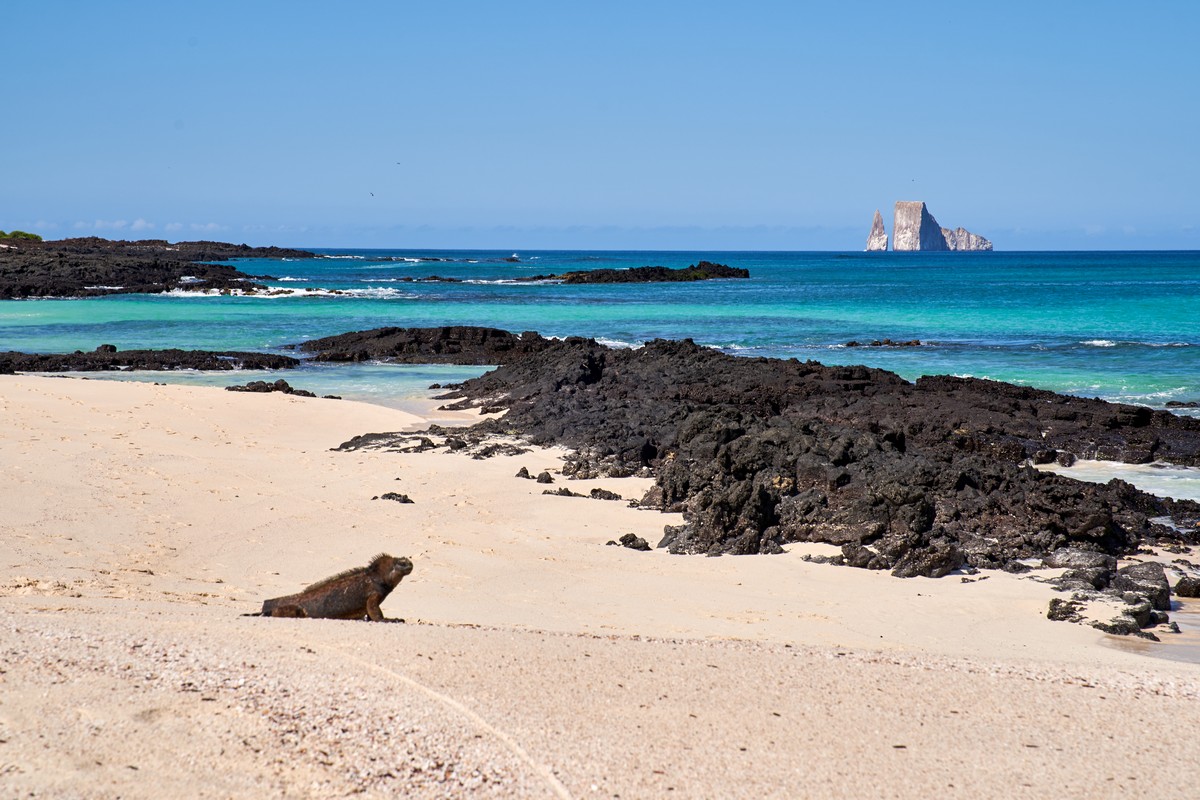 END_OF_DOCUMENT_TOKEN_TO_BE_REPLACED

Even if you know hardly any Spanish at all, it’s fairly easy to work out that the etymology of ‘Ecuador’ has something to do with the equator upon which the country sits. And you’d be right: ‘ecuador‘ is in fact the Spanish for the English word equator.

So it seemed obvious to me that we just had to visit said ecuador/equator. If we didn’t, it’d be like going all the way to Paris and not visiting the Eiffel Tower, or to London and not snapping Big Ben and the Thames, or to Moscow and not seeing the Kremlin and Red Square, to Rome without the Colosseum, Sydney – the Opera House, Kamchatka – grizzly bears; New York – the Empire State Building, and so on and on and on… (now there’s a list that could go on forever:). So that’s just what we did – we went to visit the equator and the ‘equator museum’, both of which are in suburban Quito.

All righty. Off we pop to Ciudad Mitad del Mundo – the Middle of the World City. And here it is – the middle of the world – painted as a line in yellow:

END_OF_DOCUMENT_TOKEN_TO_BE_REPLACED

The time has come to share our financial results for 2018. It can’t be denied that it was a tough year for us: the aftershock from the geopolitical turbulence that affected us which peaked in 2017 for sure caught up with us. But this is where it gets interesting…

You could be forgiven for thinking that everything’s reeeaaal bad for us and we’ve nothing at all to feel good about regarding 2018. But you’d be wrong. Because users still ‘voted’ for us with their dollars, euros and the rest: our business… continued to grow! The company’s global IFRS revenue for 2018 was 726 million dollars, 4% higher than in 2017*.

You could also be forgiven for thinking that, what with the unfair, coordinated informational campaign waged against us, we might have eased off a bit, gotten back into the trenches as it were, lain low for a while. You’d be wrong again! Just the opposite: we’ve continued to develop new products, new technologies, and new services of a kind our competitors can only dream!

So what did the best? Well, just like in the previous year we saw the highest growth in business based on promising new solutions and technologies that provide protection against the most complex of cyberthreats – the so-called ‘non-endpoint’ segment (+55%). Corporate segment sales also were up – by an impressive 16%; while online sales grew 4%.

Geographically, the greatest growth in sales (27%) was to be found in the META region (Middle East, Turkey, and Africa). Then (by some freak coincidence), the three regions of (i) Russia, Central Asia and the CIS**; (ii) APAC (Asia-Pacific); and (iii), Europe – achieved 6% growth in sales each.

A fall in sales occurred in Latin American (-11%), but that in large part can be put down to devaluations of national currencies in the region. And as could only have been expected, sales in North America fell – by 25%. All the same, North American users are good at reading between the lines when it comes to what their media tells them. How else can an increase of 8% in online sales of new licenses in the U.S. be explained? I’m often asked if we plan to close our offices in the U.S. and exit the market. No way! Actually, just the opposite: we’re planning on getting back to growth and developing the market.

So, why is it folks trust us? Maybe it’s because over the last year we’ve become the most transparent cybersecurity company in the world? We’ve opened up our source code and its updates, and in essence we’ve established new standards of transparency for the whole industry. And no matter how much nonsense they write about us in the press, still no one has provided even just a shred of technical evidence about any wrongdoing on our part (spoiler alert! They won’t provide any: none exists!). My life is set out before you right here on these here blog pages practically every day. I’ve nothing to hide; my company has nothing to hide! Folks see, think, understand, and vote with their money.

Finally, as per tradition, I simply must thank our users and partners who believe us – and believe in us! And of course all the KL employees, thanks to whom our products and services for many years now have remained the very best. Well done everyone! Now… back to work!

Back to Moscow, Moscow likes me getting back. . Назад домой. Домой нравится.

* Unaudited IFRS revenue data. The given revenue figure was rounded up to the nearest million. Actual revenue: $725.6 million.

** The Central Asia and CIS region is made up of: Azerbaijan, Armenia, Belarus, Georgia, Kazakhstan, Kyrgyzstan, Mongolia, Russia, Tajikistan, Turkmenistan, and Uzbekistan.

The other week it was time to roll out the red carpet again at KL HQ – this time for the French ambassador to Russia, Sylvie Bermann.

Our meet went very well: cordial, interesting, enjoyable. The ambassador and her aides showed great interest in cybersecurity matters, and clearly had a solid professional awareness of all things digital in this modern day. We told them all about our work and achievements in France and French-speaking countries, and shared our plans for development of new technologies and of cooperation with French companies and state bodies. Other topics included our vision of further development of digital technologies in industrial systems, and about possible cyberthreats to industrial infrastructure and how we can fight them together.

So yes, it went swimmingly. Our esteemed guests left us satisfied and certain of our shared cyber-tomorrow.

Btw, the ambassador was driven here in a Citroën C6. You don’t see many of those in Moscow. In fact [as curious as ever and looking it up on the net], you don’t see a great many of them anywhere: there were apparently only 23,384 ever produced, between 2005 and 2012. Nice car. And rather exclusive ).

My pals and I love a spot of trekking in remote places around the globe. Just two or three days normally does the trick: enough to get in plenty of gawping at luscious landscapes, plenty of exercise, plenty of curiosity satisfaction, and of course plenty of pretty photography.

And our New Year trip to Ecuador proved no exception. With small rucksacks on our backs (and accompanied by horses carrying the larger items like tents and so on) we walked along a lengthy stretch of the Condor Trek.

END_OF_DOCUMENT_TOKEN_TO_BE_REPLACED

As I’m sure you’ll know, Ecuador has plenty of volcanism. Right down the middle of the country from top to bottom there’s a section of the mountain range that goes be the name of the Andes, along which are not less than ~three dozen volcanoes, many of which are situated in the ‘Alley of the Volcanoes’ – a valley with mountain ridges and volcanic cones on each side.

Not only is the quantity of volcanoes very impressive; the quality is too: attractive though unusual; monumental and hypnotic, with lush (and perfectly round) lakes in considerable craters, sheer cliffs, and assorted other OMG panoramic views. The first one we inspected like that was Quilotoa: 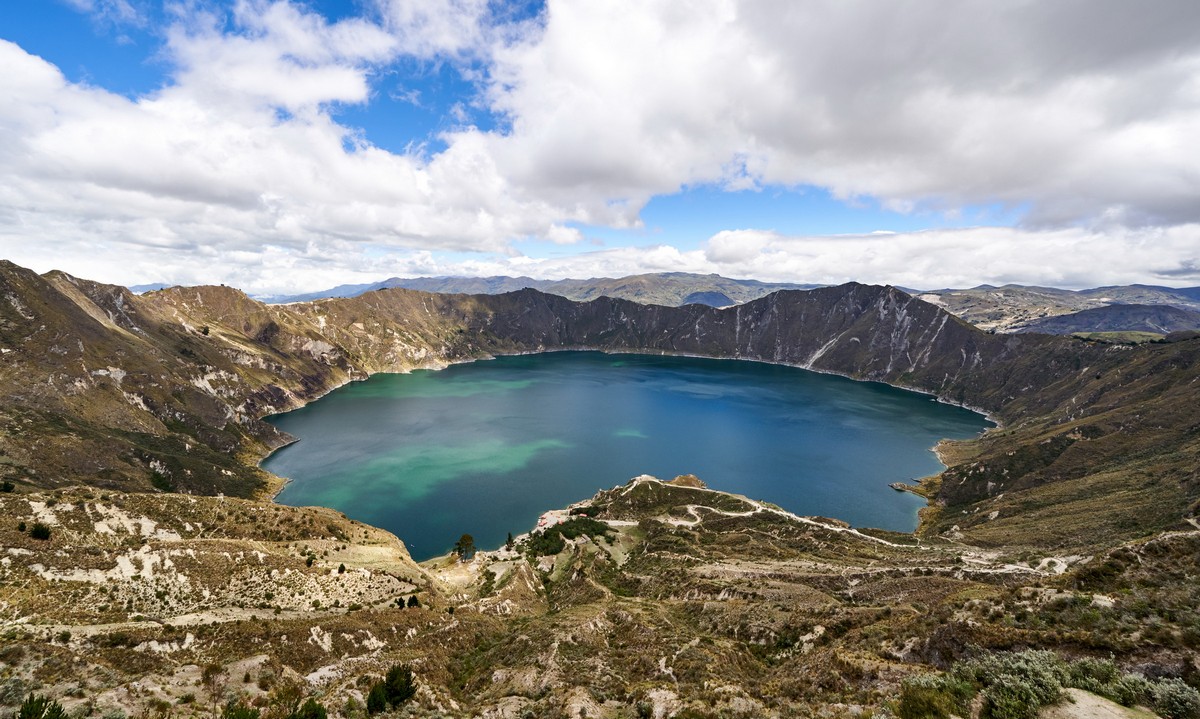 This is how it looks from a satellite: 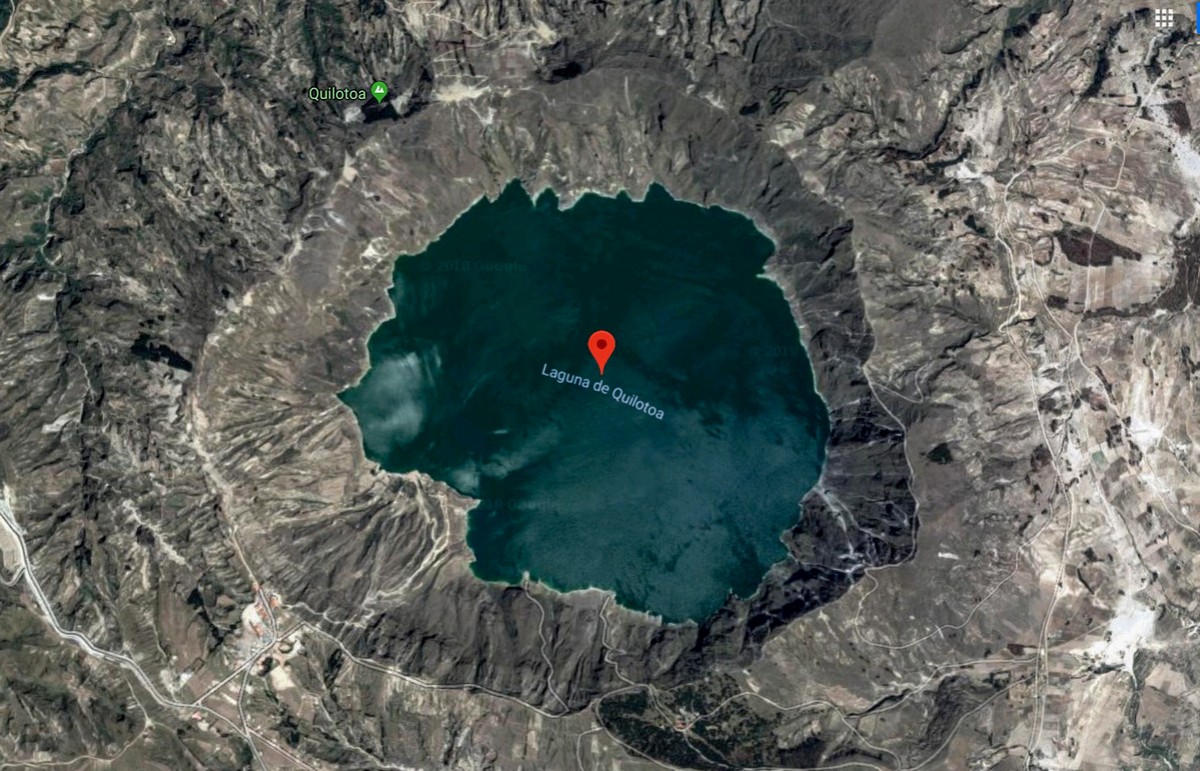 END_OF_DOCUMENT_TOKEN_TO_BE_REPLACED

A promised, herewith begin my tales from the Ecuadorian side. I’ve lots and lots to tell, and lots and lots of pics to show. So, as per tradition: popcorn, comfortably seated… off we go…

This mini-series on our trip will generally simply follow the route and the events that occurred on it in chronological order as they actually happened. But first I must tell you this:

How best to see in the New Year.

Some prefer taking it easy over the Christmas and New Year period (some even dread it!). Others – like moi and posse in recent years – don’t take it easy for one second, and instead jet off to a far-away hot clime for some untraditional festive celebrations of our own devices – further from the center. Once – further on Kilimanjaro, last year – in Indonesia. For our own devices have shown us how Christmas/New Year happiness and contentment doesn’t come from doing not much at all sat at home, but from bathing in the velvety hot waters of hot springs on the other side of the globe. And Ecuador happens to have velvety hot waters in its hot springs. It was a no brainer: off we zip to Ecuador!… 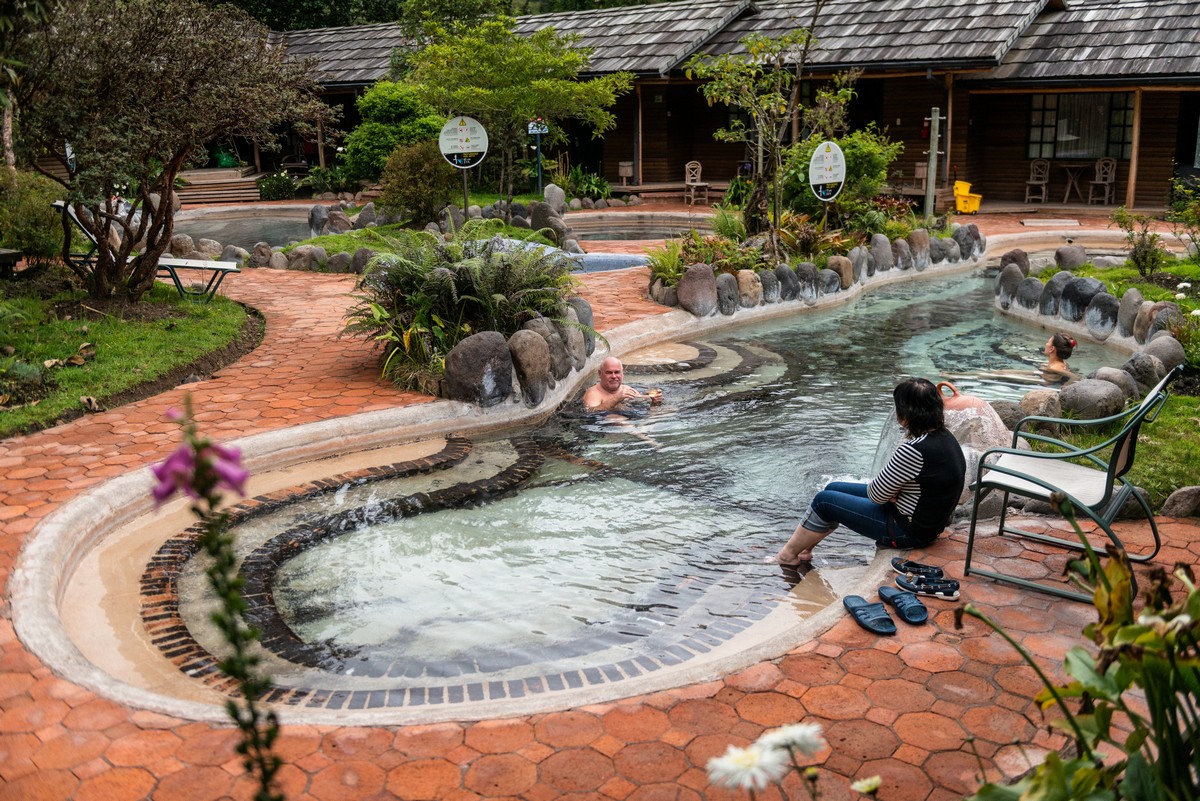 END_OF_DOCUMENT_TOKEN_TO_BE_REPLACED

I think I’ve found myself the perfect avatar: 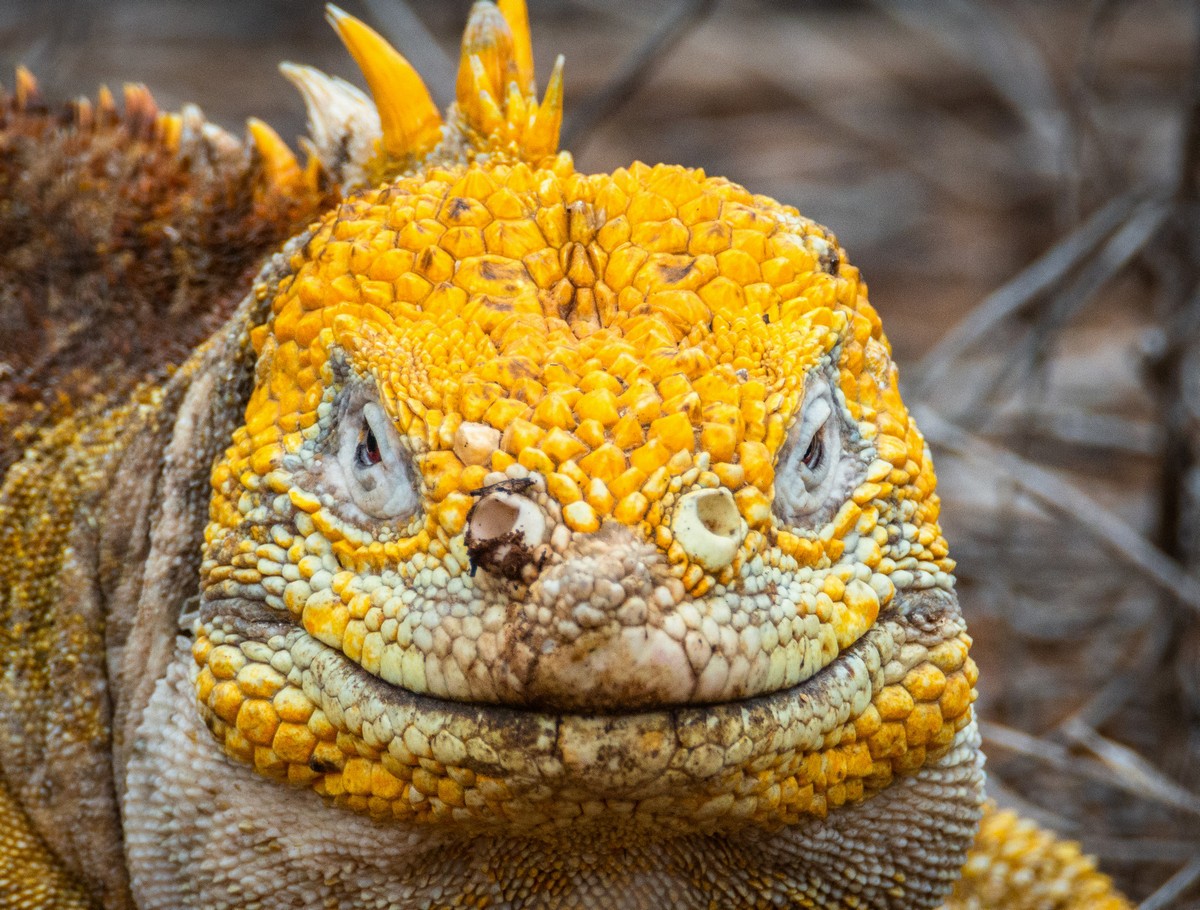 That’s just one of the zillion pics we took in Ecuador recently, one of the billion I’ll be uploading here to this here blog of mine over the next week or so.

Ecuador? Yes – Ecuador, which is where pals and I spent the New Year holidays. No armchair-based Christmas period – drinking too much (tea with honey and lemon, of course), eating too much, and watching telly too much at home. Noooo. Not us. Not our cup of sherry.

So, why Ecuador? Well, the weather in Moscow leaves a lot to be desired around New Year, as you probably know. So said pals and I, IMHO quite logically, like to jet off somewhere very hot and very sunny. But the hot and sunny place must have a few others features, preferably in abundance, including any of the following: mountains, volcanoes, hot springs, hot lakes, ocean, islands, beaches, altitude sickness (!), and a nearby equator. Last New Year it was Indonesia – which ticked practically all those boxes. This year: Ecuador and the nearby Ecuadorian Galápagos Islands, which apparently also pack in the just-listed; especially: beautiful indigenous birds, seals, and turtles, and of course much exquisite Ecuadorial-equatorial scenery.

Tales to tell? Check – coming right up in a mini-series on these here blog pages.

Photos to show you? Check, as mentioned.

On the photo-front, I was helped out tons by my frequent-fellow-traveler-and-photographer, DZ, who’s been kind enough – and efficient enough – to have edited his trillion pics already. I haven’t even started mine! So for your aperitif before your multi-course feast, here are some of the highlights – exactly 100 pics, btw! – from DZ’s Ecuadorian collection. Ready? Off we pop…