You really should not believe all you read on the internet. But surely we all know that, right?

But, then, at the same time, there are some resources on the net that can be trusted. For example, there’s Wikipedia, which I often refer to in my blogposts. However, even it needs to be read with the occasional pinch of salt added to taste – as I have mentioned occasionally here on this blog.

The issue is basically differences between the information given on different language versions of one and the same Wikipedia subject.

Example: On Wikipedia’s English-language page on Stuxnet – the first known cyberweapon ever to be deployed (the infamous worm which in 2010 physically damaged the Iranian atomic program), it used to state (it’s since been corrected) that Stuxnet was discovered by KL. But it wasn’t. It was first discovered by the Belorussian company VirusBlokAda, and later first ‘cut open and dissected’ by America’s Symantec. Back then we were a little slow and missed the first train. The expert at VirusBlokAda who did first find it, Sergey Ulasen, did soon after come and work for us, but that doesn’t mean we found Stuxnet! Still – there it was, on the English Wikipedia page on Stuxnet. While the Russian-language Stuxnet page told the story correctly.

Such discrepancies I see sometimes on Wikipedia between the Russian and English pages as I like to check both (often out of curiosity to find such discrepancies!). However, who’s to say there aren’t the same – or completely different – discrepancies among some or all the different language versions of any given Wikipedia subject? I haven’t checked, nor can be expected to, as I don’t know dozens of languages. But… just sayin’ and all. It just makes you wonder. In fact, it made me wonder if anyone has a studied this issue in depth. But I digress…

Aaaaaannnnyyyyway, it turns out there’s a discrepancy between certain info on the Russian and English Wiki pages for the Caribbean island of Mustique. In Russian it states that ~ ‘the only means of transportation on the island is the golf cart’. But that just ain’t true. The island has regular cars that travel on regular roads. Meanwhile, over at the English-language page, there’s no mention of golf carts!

Of course, maybe things have changed since when the page was written. But if they have, well… the pages need updating!

END_OF_DOCUMENT_TOKEN_TO_BE_REPLACED

North Pole with Ocean’s Arctic’s 11, Panama. But that was just for starters. Next up… a place, perhaps, you’ve never heard of – or maybe didn’t realize was a sovereign state:

END_OF_DOCUMENT_TOKEN_TO_BE_REPLACED

Since the construction of the Panama Canal was deemed: “One of the largest and most difficult engineering projects ever undertaken” (– Wikipedia), I decided it just had to be included in my Top-100 Must-See Places in the World. It was one of those Top-100s I hadn’t visited, but my recent few days in Panama gave me a +1 to my actually-visited Top-100s, and, boy, am I glad: it’s a unique feat of human thought, design and construction, and still the monopolist for marine-bisecting the Americas. And it’s so in-demand that they don’t sell ‘tickets’ for a ship to get through the canal as per some kinda price list; no, they auction them instead – with prices paid sometimes reaching hundreds of thousands of dollars! 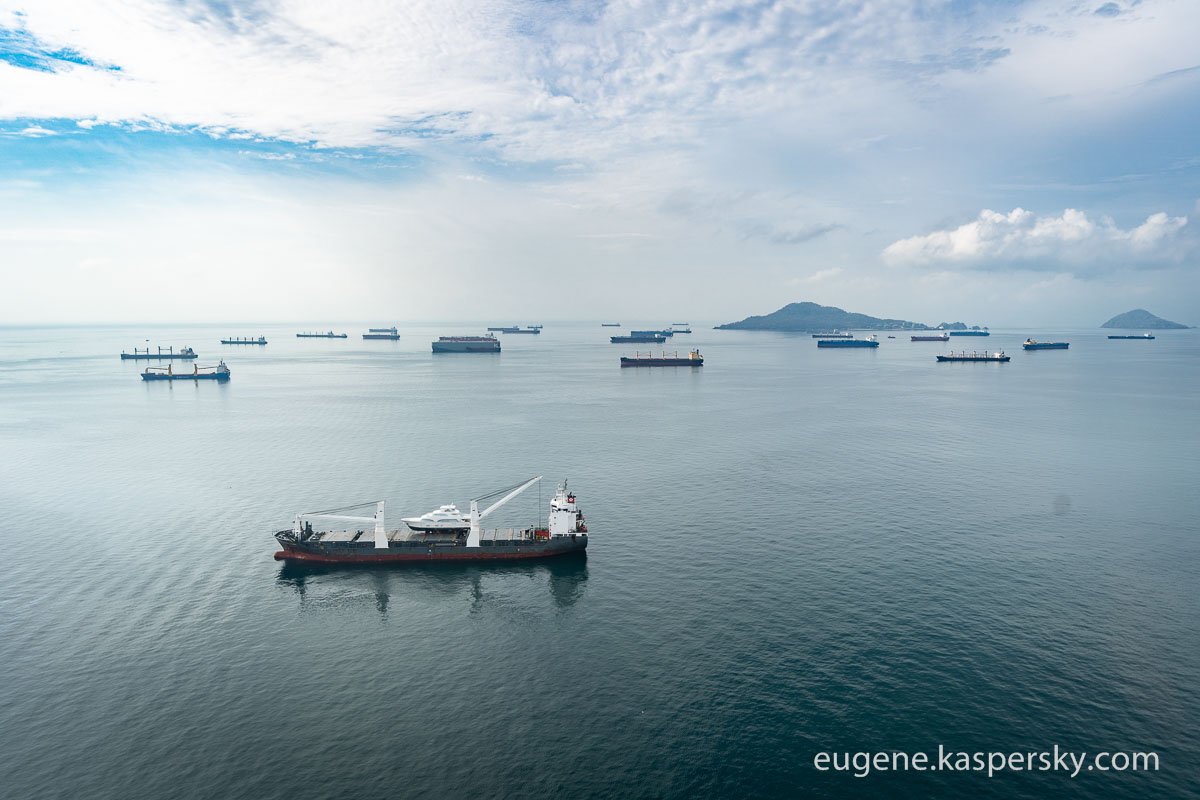 It’s also got plenty of fascinating tales to tell regarding its construction. The first attempt to build it – in the 19th century by the French – was eventually called off as money ran out after it overran its completion targets, but not before thousands of workers died during the doomed construction project from yellow fever, malaria and other tropical diseases. The death rate was at one time higher than 200 per month! Oh my ghoulish. (And if my memory serves me well, I do believe it was here that it was first realized that such diseases were in fact spread by mosquitoes.) After work was abandoned (after 22,000 had died) corruption scandals – regarded to be the largest of the 19th century! – ensued. Then the Americans took things over. Later, the Panamanians wanted to seize it over for themselves, and on and on a checkered history of revolutions and other political upheavals.

You can sit and watch the canal’s locks opening and closing, the raising or lowering of the tankers, and their slow movement along the canal forever. Mind-blowing and hypnotic. But if you want more on the history of the place there’s a nice museum too (plus a restaurant with the perfect birds-eye view of the canal’s comings and goings).

END_OF_DOCUMENT_TOKEN_TO_BE_REPLACED

All righty. Having reached the North Pole – some of us twice – it was time to head back home. But it’s not so straightforward getting back to Terra Firma, as you’ll find out in this post.

END_OF_DOCUMENT_TOKEN_TO_BE_REPLACED

Why do folks go to the North or South Pole?

One reason is… actually – no specific reason at all; just to go because… why not? To stand at the top or bottom of the world is just kinda cool.

Another reason: just the extremeness of it all. Some folks prefer a total lack of extremity: comfort, sun, beach, nice home/hotel, all the mod cons. Others are bored by comfort, but they like extreme contrasts between extremity and comfort ).

Another: some folks just follow their instinctual urge to ski and then walk to a pole over several days – only it won’t be ‘several days’, as a polar day can last five months! 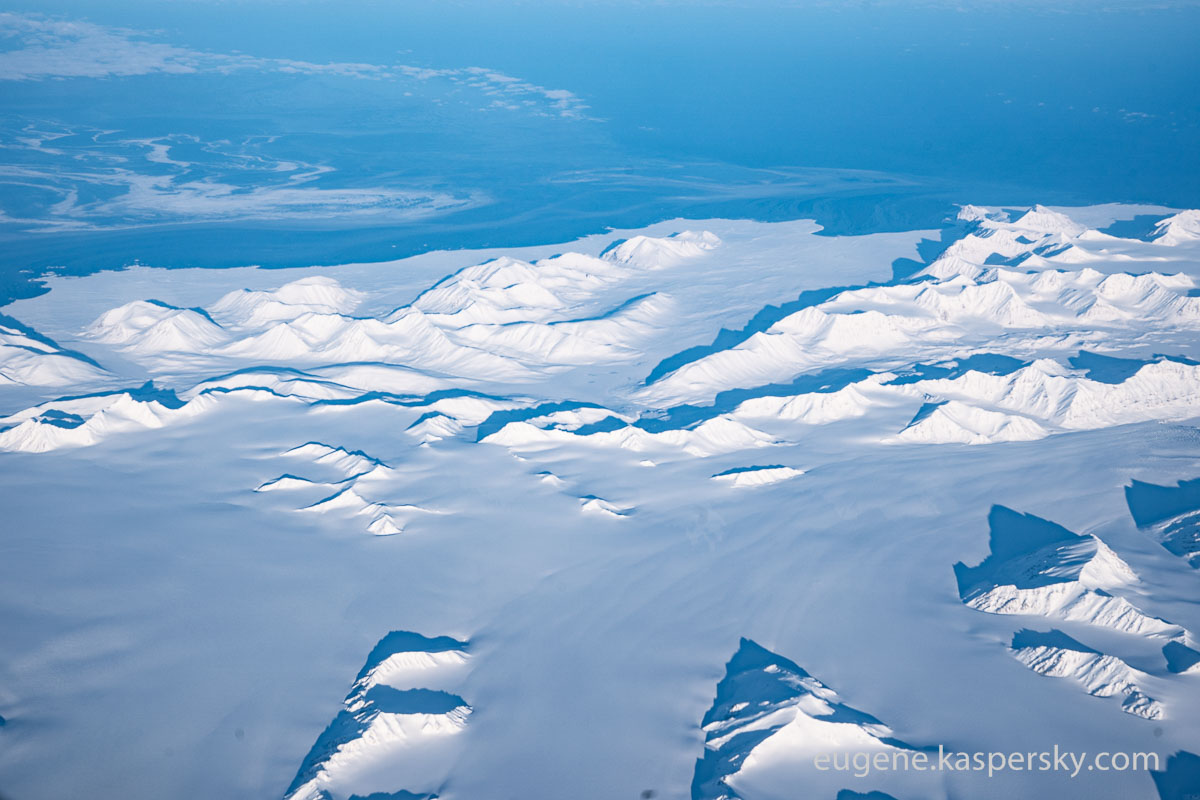 In the past, there was another reason: to get to a Pole first.

Regarding the South Pole, around 1910-11, two expeditions – Amundsen‘s and Scott‘s – made it to the South Pole, the former pipping the latter to the post pole! The Norwegians made it back too. The Brits, tragically, did not; a sad, yet heroic, tale. Macabrely, to this day, the Terra Nova Expeditioners still lie there, in their tents, long since gobbled up by the Antarctic ice (specifically – and even more gruesomely – under more than 20 meters of snow, and shifted by the glacier ~50 kilometers over 100+ years).

But regarding the North Pole, hmmm… I couldn’t recall who made it there first, so I had to look it up. Well, there are many claims to reaching it first, but the first undisputed one is that of a Soviet expedition in April 1948, i.e., 36 years after the South Pole! Btw, other expeditions soon after followed the Soviets’ lead, while the South Pole waited a full 44 years until it was to be visited by another expedition.

So, it turns out getting to the North Pole is harder than getting to the South Pole. Interesting. The Antarctic climate is much fiercer than the Arctic one, but crossing the firmly compacted snow underfoot in Antarctica is a lot simpler than crossing the loose, fluffy snow of the Arctic. Then there are the fissures in the Arctic ice you have to somehow navigate. There’s also the shorter window in the Arctic for getting to it – before the ice starts melting. In Antarctica there’s no danger of ice melting and merging with the ocean below it – there’s a whole terra-firma continent underfootice ).

END_OF_DOCUMENT_TOKEN_TO_BE_REPLACED

Last Friday we had the pleasure of receiving none other than Xu Lin, China’s chief of cybersecurity and internet policy. Naturally, it was time to roll out the red carpet.

We’ve been working in China now for more than 15 years. In that time we’ve come a long way: from literally nothing (zero market presence) to a well-recognized brand (Ka-Ba-Si-G; the whole naming thing in China is a whole other story – on for another day) and good contacts in high places. We meet with Chinese regulators regularly (funny, but I’m sure those two words are unrelated:), more often than not in Beijing, but sometimes also in Wuzhen. Well it was Moscow’s turn this time to host one of our meets.

END_OF_DOCUMENT_TOKEN_TO_BE_REPLACED

From time to time I find some planned OMG moments in my diary in among the unscheduled ones. This short post is about my most recent one… 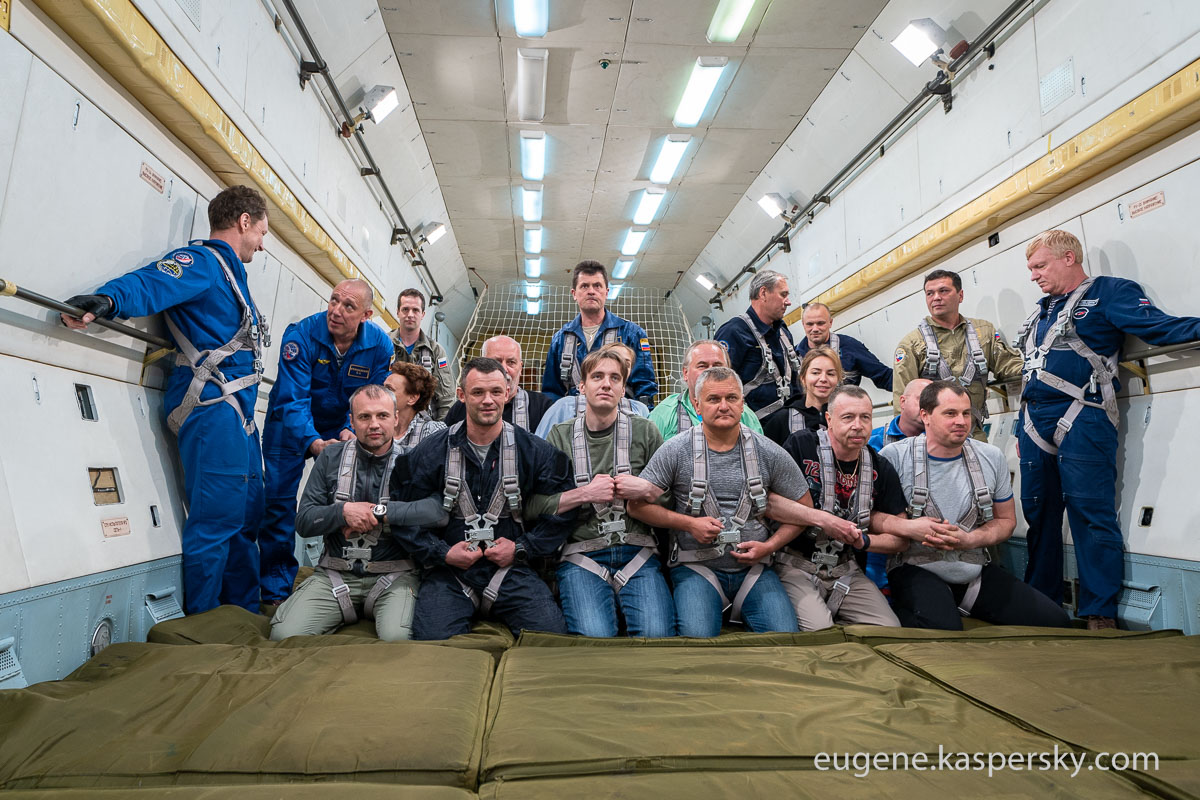 END_OF_DOCUMENT_TOKEN_TO_BE_REPLACED

Having strolled about Longyearbyen, it was time for the next leg on our mission to the North Pole – to get to Barneo ice camp. Here, much like in Longyearbyen, things weren’t quite so extreme and harsh as might be expected. The only issue for first-timers could be a queasy feeling in one’s lower abdomen – perhaps caused by butterflies.

END_OF_DOCUMENT_TOKEN_TO_BE_REPLACED

Ok, you’ve had your fun and games, now for some detail on my recent North Pole trip…

Now, unlike some, I wasn’t skiing to the North Pole. I consider myself sporty and adventurous… but I know my limits ). No, I was going the lazy man’s route:

Ok, so where shall I start? Since we didn’t have much time at all in Oslo, I’ll start in Longyearbyen (the ‘Longyear Town’!).

We arrived there on a scheduled commercial flight from the Norwegian capital. There are several of these per week (there are also charter flights sometimes), but the exact number can change due to cancelations, in turn due to the extreme weather conditions. We were lucky – our flight was on schedule.

END_OF_DOCUMENT_TOKEN_TO_BE_REPLACED

As promised, herewith, my answers to Thursday’s polar quiz questions:

Ok, first – my answers to those four non-visual questions:

Question 1: How do you get to the North Pole?

Answer A: The simplest and cheapest method:

Buy a plane ticket from Dubai to Seattle or San Francisco. These routes fly real close to the Geographic North Pole. I believe the route Anchorage-Frankfurt (on Condor) also still does too (I flew it back in 2013, but I was sleeping around the time of the near-polar-flyover). While back in the mid-nineties there was a direct Aeroflot flight between Moscow and San Francisco, and they even gave out ‘flown over the North Pole’ certificates!

Answer B: Another, more expensive, way of getting to the North Pole – this time actually right to it, up close and personal freezing – is on one of the regular expeditions organized by the Russian company VICAAR. 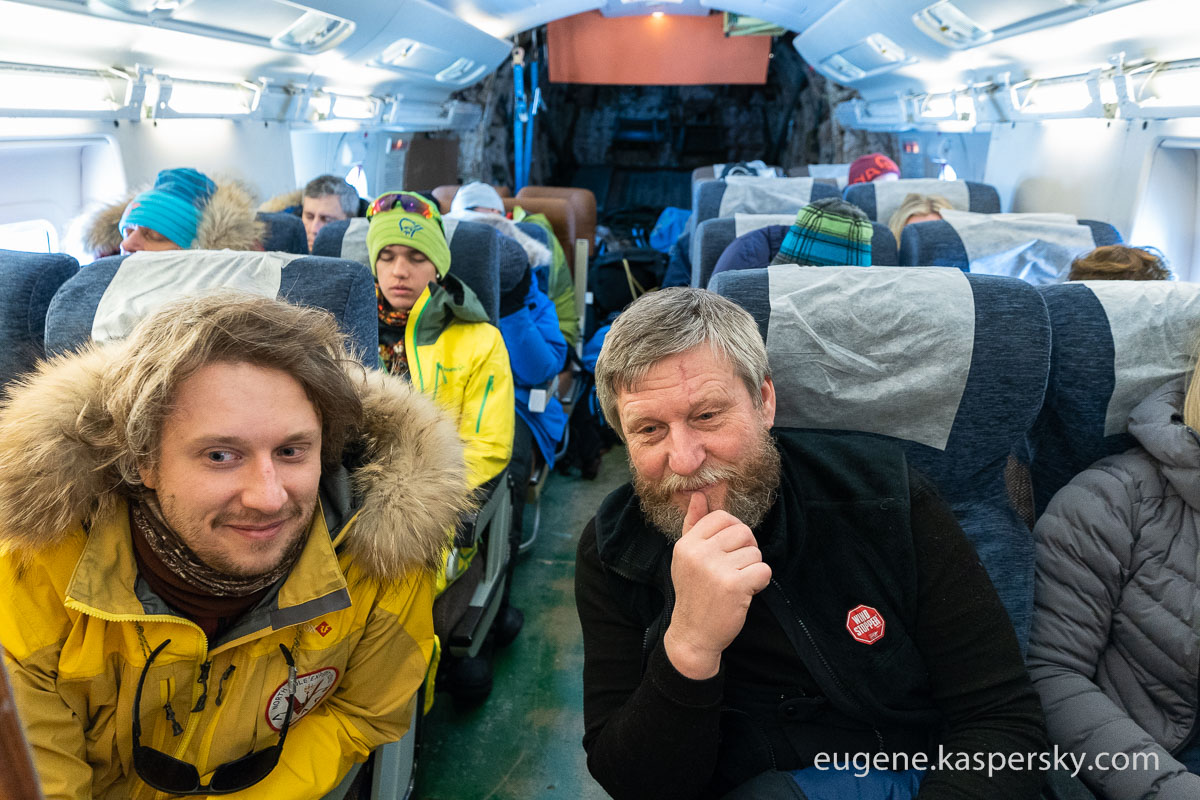 Those two gents in the above pic are Victor Boyarskiy and Leonid Plenkin, who escort you up to the North Pole if you decide to go with VICAAR. Btw, that photo was taken in an Antonov An-74, en route from Svalbard to Barneo; from Barneo to the North Pole you take a helicopter.