Many of you may have noticed that I rarely write about food. Photos of food or meals on Instagram are not my strong suit :) However, it would be wrong to say I’m indifferent to food. Absolutely not! These are my favorite kinds of cuisine:

So now, I need the help from the audience.

There is a remarkable vegetable that grows in China (or, more correctly, on Hainan island). When cooked, it looks like this:

Its name in Mandarin is 四角豆.

“Four-cornered beans” according to my translation tool. Indeed, this veg has a very distinct four-cornered stalk. When preparing it, they chop the stalk at an angle (which results in rectangles with sharp corners) and pour on some seasoning.

I’ve never seen this vegetarian dish anywhere outside Hainan, and that includes Hong Kong which is just next door. This vegetable only grows in Hainan, and that’s where it all seems to get eaten.

Thank you all in advance!

// After all that I have a strong urge to go and have lunch :)

Once, many years ago (10 to be precise) I visited Pattaya, the resort city in Thailand. I was staying in a large hotel whose name I forget. The room was quite ordinary, but it had a magic number:

No word of a lie. When I asked for Wi-Fi on the beach, I had to give my name and my room number. It was funny saying “one-one-one-one-one” :) // Even back then, in ancient times, they already offered a Wi-Fi service on the beach. Even then. On the beach.

It’s a real shame that I lost the photos from that conference (they included some from partner parties). Nor do I have any pictures or recollections of happened there later. In fact, no one actually knows what happened there.

That’s great, but it was ages ago.

There are witnesses, but no evidence remains.

Nowadays, you get room numbers that look even more magical. 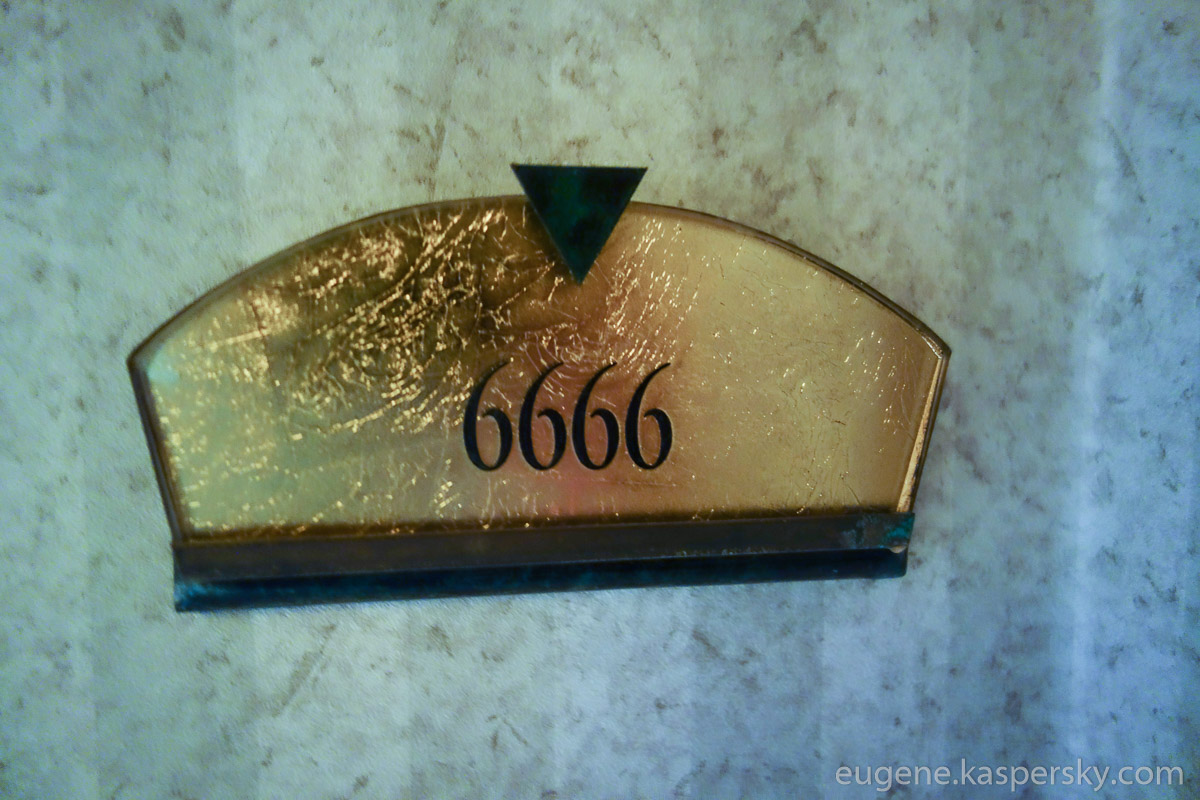 Believe it or not, but this was my room number in Singapore.

END_OF_DOCUMENT_TOKEN_TO_BE_REPLACED

Dear regulars and visitors to my blog, I continue to pay back my week-old debts. The week in question was pretty hectic. To be more precise, it was an eight-dayer, because it stretched from Monday to Monday.

It all started with my departure from Moscow to St. Petersburg on Sunday evening, and was rounded off by my return from Ekaterinburg to Moscow early on Tuesday morning (right after midnight). All in all, there were four cities on my itinerary, seven flights and 35 hours in the air: Moscow (SVO) – St. Petersburg – Moscow (DME, connection) – Singapore – Sanya – Almaty (refuel) – Ekaterinburg – Moscow (SVO).

The best route from St. Pete to Singapore was via Domodedovo airport in Moscow, where I could catch the direct MOW-SIN (Moscow – Singapore) flight. From St. Pete to Domodedovo, I flew S7 economy class (S7 doesn’t offer business class on this route) without anything of note to report. However, if I have the same sort of connection at Domodedovo again, I will definitely give a full account. Everything there is so messed up inconvenient. They really must have put their minds to it to make it so awkward. I always try to make connections at the far more convenient Sheremetyevo, but this time I had little choice.

Singapore Airlines was top notch, as always. After 10 hours of relaxation, we landed at 6 a.m. in the dream city of Singapore!

END_OF_DOCUMENT_TOKEN_TO_BE_REPLACED

Railrood good mood. It’s a different, special good mood. It’s a bit like motorbike good mood. There’s not much to it, but it brings a nice, calm, reflective feeling. You just stand there, in the engine control room at the front of a train and stare up ahead along the track and to the sides at the passing landscapes. Meditative almost. I’ve heard there are long videos on YouTube showing such railroad good-mooding. It’s so much better doing the real thing though…

Here’s the junction where we turn off the ‘highway’ and onto the ‘back road’ that takes us to St. Pete along the Gulf of Finland:
END_OF_DOCUMENT_TOKEN_TO_BE_REPLACED 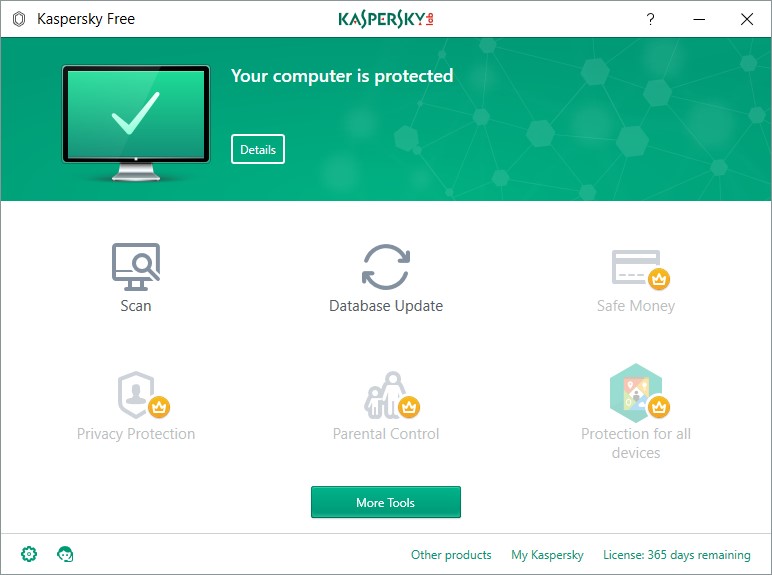 END_OF_DOCUMENT_TOKEN_TO_BE_REPLACED

This post is all about trains, tracks, and digital-automation thereof. So, ideally, the 14-minute mix of Trans Europe Express should be listened to while reading this not-so-short post, IMHO…

END_OF_DOCUMENT_TOKEN_TO_BE_REPLACED

20 years in business – is that a long time, or no time at all? Or how about 25 years of continuous development of new technologies and products (including the five years pre-KL)?

To answer that properly we need to ask how old the industry – cybersecurity – is itself. Well, the very first antivirus programs appeared just a few years before 25 years ago.

So that means we’re one of a handful of developers that created cybersecurity! Indeed, we’ve been in the industry since its infancy (when on-demand signature scanners were all the rage), and are still here today (in the new age of big data and machine learning). And that’s 20+ years in the cutting-edge avant garde. Oh yes. And no: modesty isn’t forbidding – it’s our birthday, after all :).

More immodesty: just think of all the cyber-nastiness we’ve been destroying in all those 20 years!

Of course, there’s never just one way of interpreting history. And Kaspersky Lab’s history is no exception.

On the one hand, we could look at old pics from our halcyon days of 20 years ago, recall the naive mistakes and missteps we made with a cringe, then also look in the mirror at our graying hair and deepening lines on our faces and get all melancholic! Sure – that’s possible…

But on the other hand – looking at the very same pics of those halcyon days of 20 years ago – we could simply smile instead, and say something like: ‘Not a bad first two decades, but we’re only just warming up!’ It’s all just perception: you gonna concentrate on the problems and difficulties, or the successes and achievements? Well, no prizes for guessing which perception we’re going for in this here post; yep the latter: ’cause that’s how we do it KL – we stay positive. In this business – you have to! And we hope we’ll inspire you, dear readers, to do the same.

Everything changed in 20 years? Actually – not quite. At least one thing hasn’t: work hard and think big

So, in the run-up to KL’s birthday, we had a long hard think about how we could most graphically and strongly arouse inspiration, while keeping true to historical faithfulness (and observing norms of decency:). And this is what we came up with: let’s have a quick look at some of the more curious and fun aspects of the company over the years – how it was in the ‘good old days’, how it looks now, and how it’ll be in the future.

I’ll start with the office.

If we go right back to the beginning – the early 1990s, we’ve moved offices a whopping six times!

Here, for example, is what the epicenter of development of one of the best antiviruses in the world looked like in 1994. That was our whole office! Ok, so registering as ‘Me Lab’ came three years later, but still – it was our office. It was actually part of the KAMI company, which produced software and hardware solutions in the 90s. 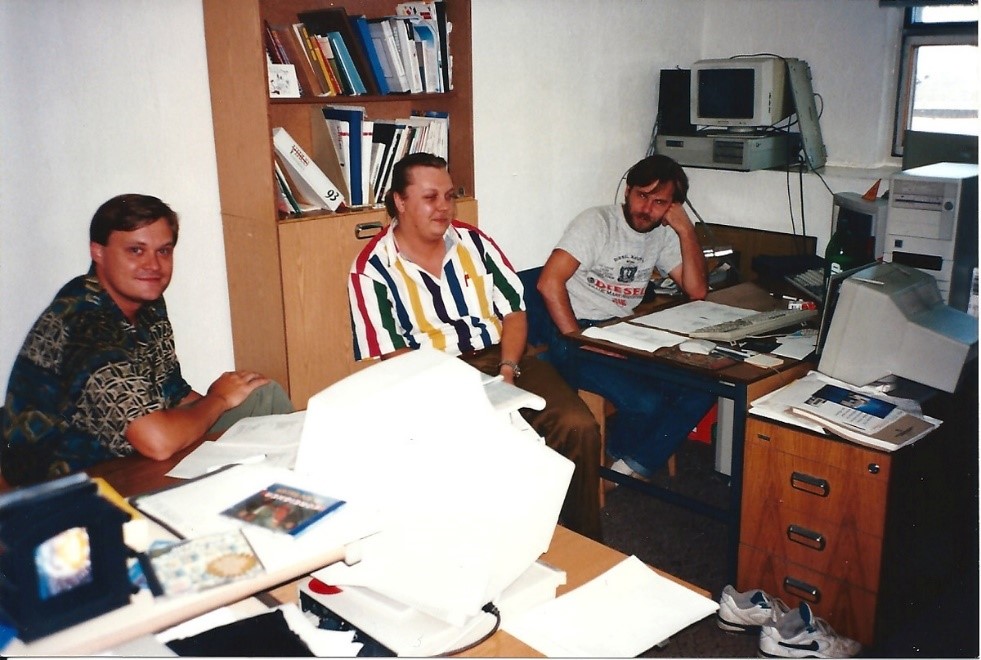 Btw, it was in this year (1994) that we took part in Hamburg University‘s AV tests for the first time – and unexpectedly won (by a mile) on quality of protection. In the pic above I think the smiles were breaking through the exhaustion after hearing about our win.

END_OF_DOCUMENT_TOKEN_TO_BE_REPLACED

Our north-to-south-to-north tour of Sardinia was coming to its logical end. But one final thing I really need to tell you about is the hotel we stayed at on our last night. It was the Hotel Cala di Volpe, situated in the bay of the same name – here.

First – disclaimer! In a post that will be published on Friday, I say that I ain’t bothered at all about where I stay on my many trips around the world – just the basics are sufficient. Er, oops. It’s not that simple. For sometimes I do fully appreciate get carried away by the digs we stay at – especially when they’re as good as those on our last night in Sardinia!…

For example: here you can learn a lot about (up-)market segmentation and creating and increasing the interest level in a place for a targeted demographic. Next door is Porto Cervo village. From a distance it looks like just another humble fishing village. But on closer inspection, it turns out to be one of the world’s most expensive, exclusive resorts! Once a few millionaires started moving there, a whole load of other millionaires followed them, turning the whole area into a prestigious playground of the rich, which in turn attracted more and more ever-posher things like shops, hotels, services, whatever…

But back to the hotel…

It’s architecture is unique: never seen anything like it. Its labyrinth bends and twists make you lose your mind bearings, and you can find yourself at the same spot you passed just five minutes ago – going the other way!

The hotel’s design is real nice. Its swirls and squiggles and asymmetry are all fairly bonkers. Like. It’s so different to what everyone’s used to: straight lines, straight walls, straight staircases, straight everything! Not here!

END_OF_DOCUMENT_TOKEN_TO_BE_REPLACED

After philosophizing and prophesizing (without our pens) about mankind as embodied in the monuments it builds itself, it was time for further deep thought – on the monuments nature itself builds – deep being the right word: for that’s how far we were going underground… 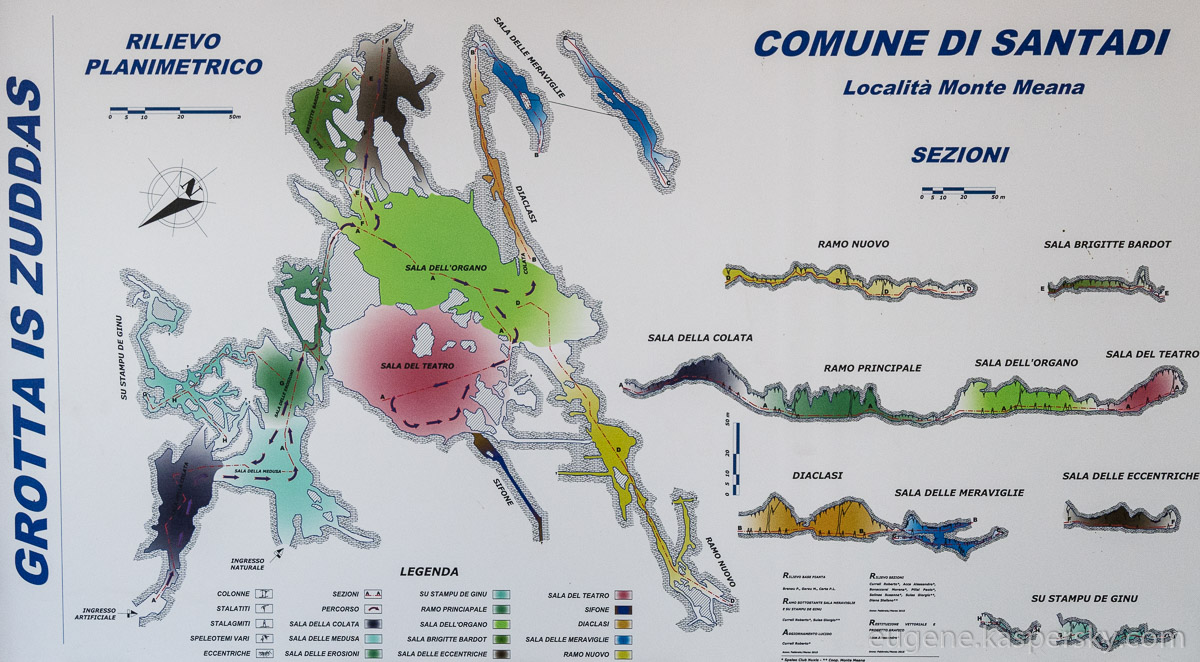 We’re here, on our route winding slowly from north to south of Sardinia.

END_OF_DOCUMENT_TOKEN_TO_BE_REPLACED

I was getting into this Sardinian trip…

Two hours of scaling down cliff faces and into (stagnant) pools; strolling about the picturesque countryside in the summer sun; visiting a winery we really didn’t want to leave… 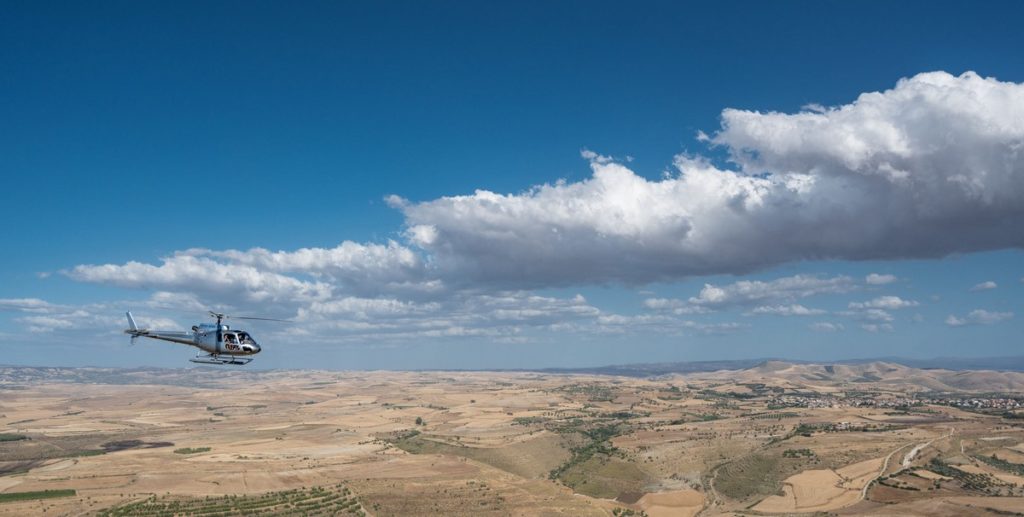