Yichang is a relatively small provincial city (a ‘prefecture-level city’) in the Hubei province with a population of just over four million, but it’s several times larger than London! It’s famous mostly for its Three Gorges Dam, which I told you about yesterday. The view of it from my hotel room looked like this:

END_OF_DOCUMENT_TOKEN_TO_BE_REPLACED

A dam more than two kilometers (2300m!) long, 180 meters high, with a width of the dam wall at the top of 50 meters, and at the base – 120m (as we were told by the girl who was our excursion guide for the afternoon). I mean – just how much concrete was needed for all that?! Oh my gorges.

END_OF_DOCUMENT_TOKEN_TO_BE_REPLACED

After the Chinese Rail Non-Fail the day before, I could not berliiieeeeeeeve the total fail in a Chinese airport the next day. And not just any old Chinese airport, but the main international airport of China’s capital, no less! The fail was an Internet fail, folks. And the fail was catastrophically, categorically total.

Now, the airport’s immense, beautiful, and just super all round (despite the inevitable Chinese petty tortures/mess-ups), with all its stores, escalators, fountains, sculptures… everything done contemporarily, tastefully and expensively. Everything great except for one thing: no proper Internet! Even mobile Internet ain’t happening, even with a foreign SIM, i.e., with a foreign (not Chinese) number, which doesn’t fall under the Great (Fire)Wall of China. I mean, there is some signal but it’s so weak you might as well not bother.

And I wanted to connect to my blog to write a few ‘on the road’ notes as I like to do, or some ruminations on matters of great importance, plus upload some photos as I like to do, but no – it wasn’t to be. What’s the Chinese for ‘Where’s the Internet, dammit?!’ Please let me know someone. I’ll have it printed on a t-shirt and wear it next time I’m there.

And the ruminations on matters of great importance this week were as follows:

Let’s talk about something that’s so essential to everything that, well, everything – or at least a great many things – wouldn’t exist or be possible. Something so vital that without it life would lose much of its meaning and would become unbearably dull and sad. Something that forms the basis of almost all our modern activities, without which all noble intentions, the reaching of worthy goals, and the securing of a reasonable amount of happiness of various calibers – everything! – would not be possible.

You guessed it yet?

Yep: electricity! What did you think I meant? (Answers > the comments; and keep it clean!)

Just imagine for one minute what would happen if all of a sudden there’d be no more electrical current coming through the sockets – forever! I mean, really: no more, finito, kaput, for ever more!

It would be bad, of course. Real bad. But it wouldn’t be apocalyptic, quite. Life would go on; only – by candlelight and be horse-drawn and with sails!

What’s the name of that sci-fi flick where unfriendly invisible aliens that live on electricity land on earth? Who then consume all the electrons in all the cables and even in natural phenomena like thunderstorms? Where at the end the protagonist, by the light of a candle, bemoans how the thunder’s pealing and the rain’s pouring down but there’s no lightning, and probably never will be?

Update/PS: Further to my emotional rant regarding Beijing’s main airport, a few pics for your viewing pleasure (I finally reached a country that provides good Internet; imagine?! So radically technologically progressive!!).

And here’s pic I took from the plane: morning dead calm, and a column of smoke (or steam) rising up from the middle of a cloud.


That’s all for today folks; back tomorrow…

It’s just the way it is: the human being is a lazy creature. If it’s possible not to do something, we don’t do it. However, paradoxically this is a good thing, because laziness is… the engine of progress! What? How so? Well, if a job’s considered too hard or long-winded or complex for humans to do, certain lazy (but conscientious) humans (Homo Laziens?: ) give the job to a machine! In cybersecurity we call it optimization.

Analysis of millions of malicious files and websites every day, developing ‘inoculations’ against future threats, forever improving proactive protection, and solving dozens of other critical tasks – all of that is simply impossible without the use of automation. And machine learning is one of the main concepts used in automation.

Machine learning has been applied in cybersecurity for more than a decade – only without marketing fanfare.

Automation has existed in cybersecurity right from the beginning (of cybersecurity itself). I remember, for example, how back in the early 2000s I wrote the code for a robot to analyze incoming malware samples: the robot put the detected files into the corresponding folder of our growing malware collection based on its (the robot’s) verdict regarding its (the file’s!) characteristics. It was hard to imagine – even back then – that I used to do all that manually!

For example, ‘Find the human faces on this photograph’. For this you don’t describe how human faces are picked out and how human faces differ from those of dogs. Instead what you do is show the robot several photographs and add: ‘These things here are humans, this is a human face, and these here are dogs; now work the rest out yourself’! And that, in a nutshell, is the ‘freedom of creativity’ that calls itself machine learning. 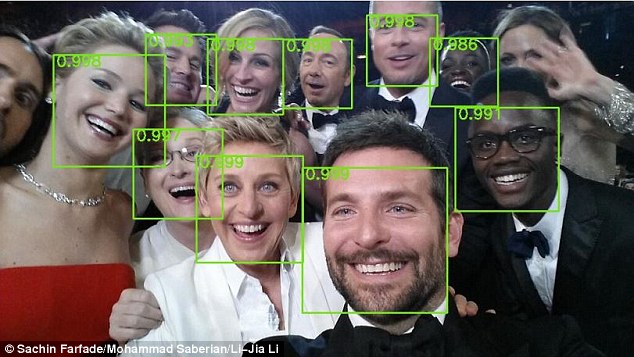 END_OF_DOCUMENT_TOKEN_TO_BE_REPLACED

I’d heard many good things about Sochi on the whole, and Krasnaya Polyana in particular, but still: nothing beats seeing it for oneself. That’s right: for some odd reason I’d never properly visited Sochi. Ok, I was here briefly two years ago for the Formula-1, but I only got to see the racing track and Olympic Park.

This time, despite a typically busy business schedule in the city, I got to take in the sights and sounds of the place, and even got a bit of hill-trekking in. And, ohhhh boy, was I glad that I did! For here in Sochi I was pleasantly surprised astounded by how cool the place is. I simply couldn’t believe this was a Russian seaside town on the Black Sea. How things have improved been transformed!

Krasnaya Polyana also bowled me over with its spaciousness, modernity, shininess (newness), wide embankments and contented pedestrians strolling along the riverbank.

END_OF_DOCUMENT_TOKEN_TO_BE_REPLACED

During a short break in Moscow between business trips, I had the honor of having none other than the British Ambassador to Russia, Laurie Bristow, and colleagues over for tea and a chat. Shame we don’t have a croquet pitch up here on the fifth floor veranda :). 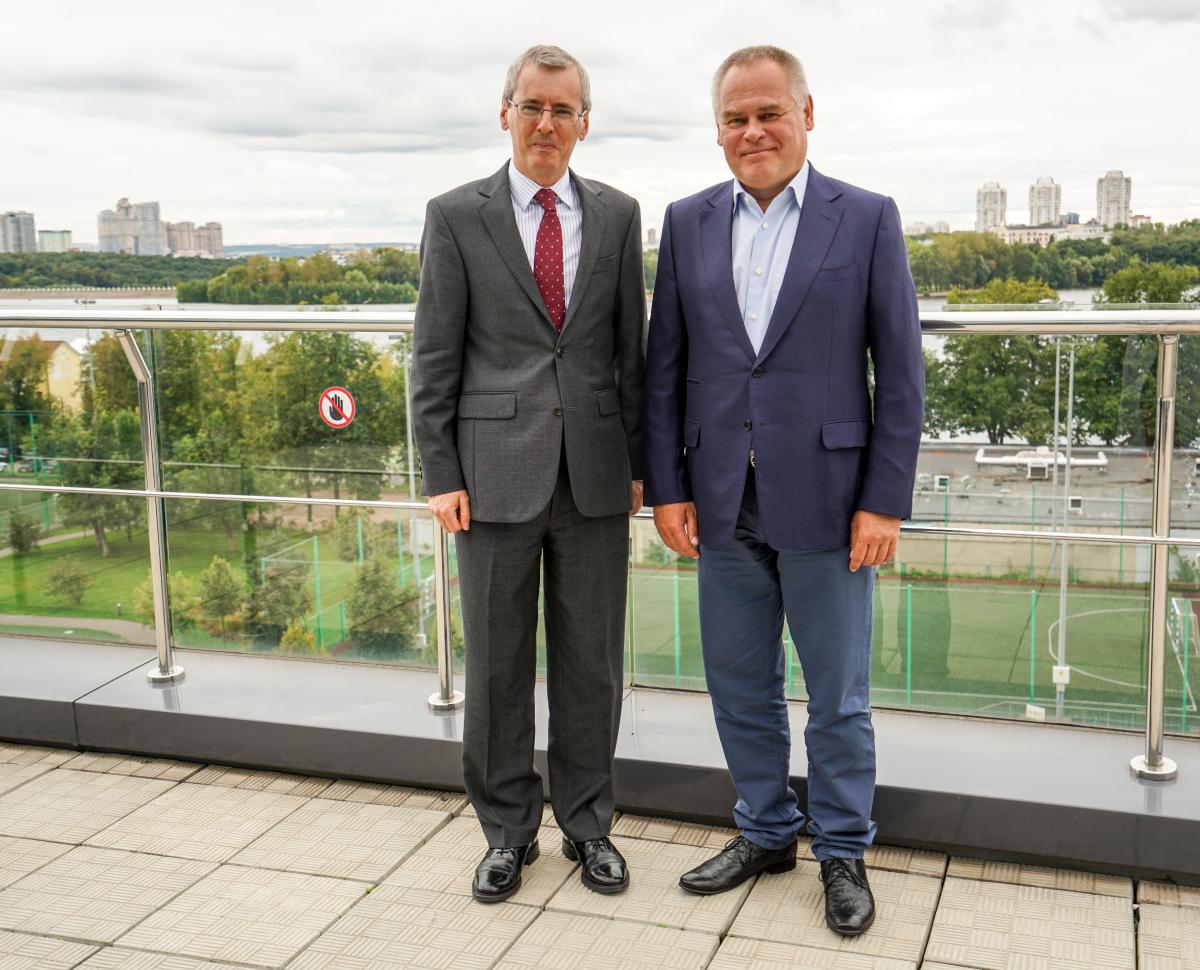 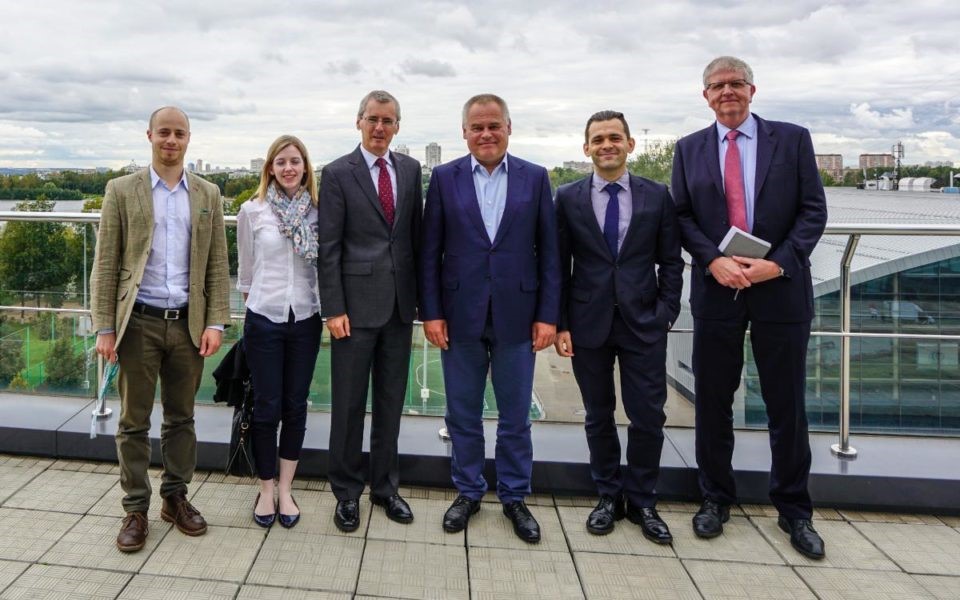 END_OF_DOCUMENT_TOKEN_TO_BE_REPLACED

The GoPro photos and videos of our recent Altai-2016: Big Water Trail have started to arrive.

Here are some fun pics of us going down the Akkem rapid. There’s no ‘horizon line’ – there simply wasn’t one :). The camera was fixed to my helmet. Enjoy:

END_OF_DOCUMENT_TOKEN_TO_BE_REPLACED

We’re opening a new office here; not sure how many that makes now. The office will only be concentrating on the development of technologies and product components; no sales, marketing or finance are planned as yet (all that’s done from London). It’s a new R&D office in what I would call the land of R&D :) I’ve already written a few times about the special attention Ireland gives to IT companies, so I won’t repeat myself. The office is still quite small, intended for about 30 people. It occupies half a floor in this building near the Grand Canal. 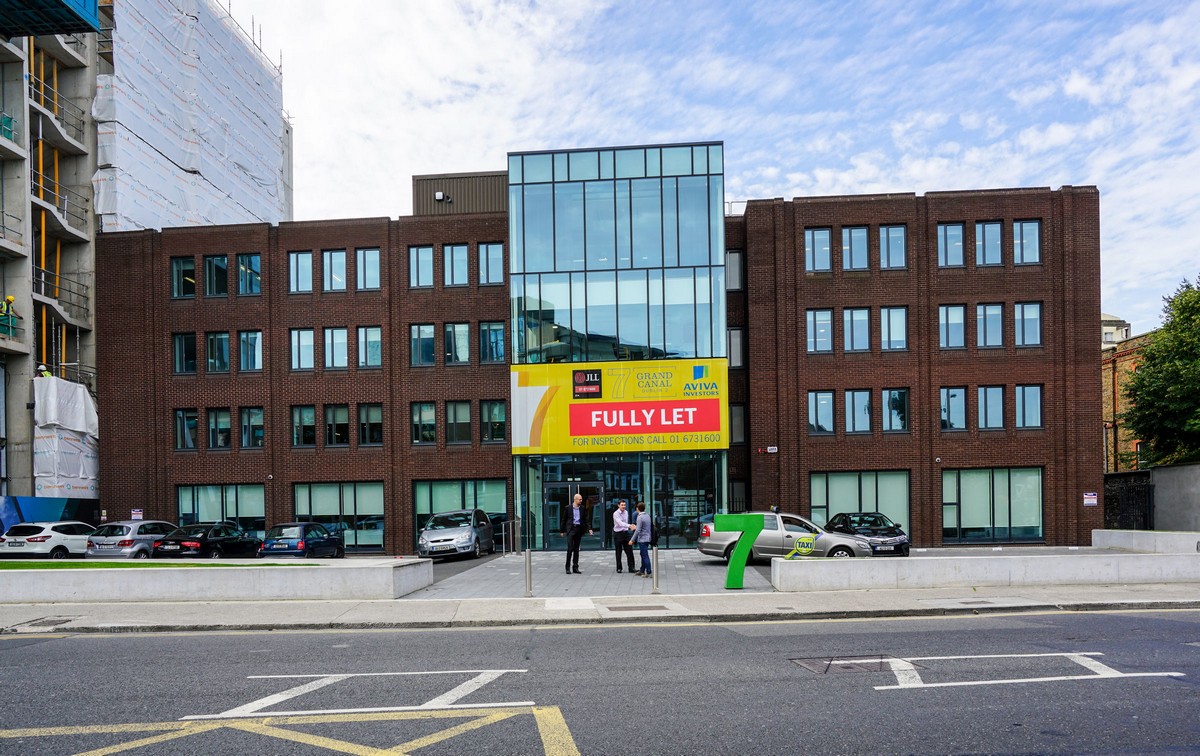 END_OF_DOCUMENT_TOKEN_TO_BE_REPLACED

In late July, mentally I was already on vacation in Altai. It was warm, there was the usual seasonal lull in business and a general sense of leisureliness and summer holidays. However, one morning I found a message from our Brazilian partners in my mailbox, and it was completely out of sync with the calm pace of life. At first, I even thought something was wrong: maybe our Brazilian partners had been overexposed to the sun, right on the eve of the Olympic Games? :) Then I read their letter a second time, did some Google searches, and… was blown away.

The bare facts. Two Brazilians who don’t know a single word of Russian decided to visit Russia for the first time in their lives. Over 21 days, they traveled 10,000 kilometers on their motorbikes from St. Petersburg to Vladivostok.

The message explained that the courageous bikers had just flown back from Vladivostok to Moscow, and that they would be spending another couple of days in Moscow before they went home. The message was clear, and I simply couldn’t pass up the chance of meeting the two heroes in person to shake their hands and ask them about their adventure.

Meet Rodrigo Dessaune, an IT businessman by profession, and a hopeless romantic at heart, as well as an extreme long-distance biker. 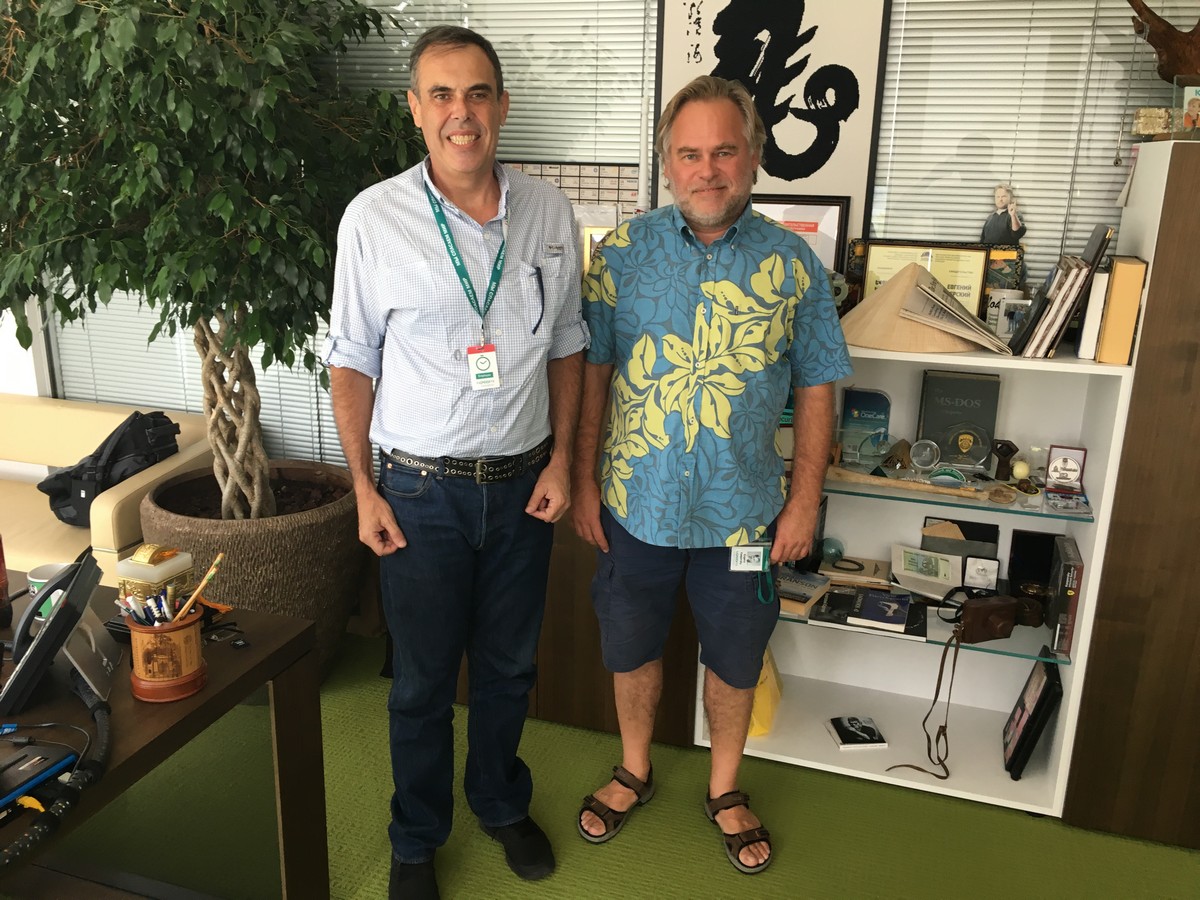 It actually became more than just a meeting, and turned into a full-length ‘interview’, with me asking lots of questions about the Brazilians’ adventures in Siberia. You can read it below – it’s a truly fascinating story!