These facilities would allow governments and enterprises to review the source codes of systems they were evaluating or planned to deploy as well as assess the vendor's internal processes, he said, pointing to Kaspersky's own efforts in this area. The Russian tech company opened its first transparency centre in Zurich last year, moving its core processes from Moscow to the Swiss city.

International cooperation is the only way to fight cybercrime

International cooperation with governments and law enforcement agencies is the only way to fight cybercrime. This collaboration is crucial for our industry. We work closely with third parties across the globe to promote an open and safe internet and to support their work with technical expertise, threat intelligence, and investigations.

If we fight cyberattacks alone, we’re doomed to fail

"The safety of our online lives has become increasingly important. Whether it be interference in elections, attacks by hostile forces, or online fraud, the security of the web feels fragile. Cybersecurity has reached a crossroads and we need to decide where it goes next. The outcome will touch each of us – will we pay more and yet still be less safe? Will we face higher insurance premiums and bank charges to cover the rising number of cyber-incidents? We stand in the middle of a storm – not just a geopolitical one, but a cyberpolitical one. It feels as if no one trusts anyone any more, and suspicion and confusion reign across our delicate cyberworld. Which way do we turn?"

“We provide the world’s best X-ray. It is made to ring for anything!”

Speaking to The Australian at a Formula One event in Melbourne, Mr. Kaspersky said his company's responsibility is to detect and stop all kinds of malware, whether they be from police hunting for criminals, or criminals themselves.

"Don't blame our X-ray," he said. "It rings on any kind of gun. It doesn't matter who's wearing the gun, a terrorist or a policeman. We provide the world's best X-ray. Maybe days after we find that it's a criminal searching for money, or it's espionage looking for information. Our X-ray is made to ring for anything."

"If the Russian government comes to me and asks me to (do) anything wrong, or my employees, I will move the business out of Russia," Kaspersky said in English. "We never helped the espionage agencies, the Russians or any other nation." He said his products were "designed to stop attacks, to recognize malicious code, not to spy on our customers."

Trust is essential in cybersecurity

"Trust is essential in cybersecurity," said Mr Kaspersky, "which depends on collaboration between vendors, researchers, clients." That trust is also crucial because of the nature of antivirus programs, which must be given total access to the user's computer, and the ability to check back with a central server to update definitions, to do their job effectively. That efficacy is what Kaspersky hopes to renew focus on. "I always choose the best. With cybersecurity any trade-offs in favour of origin, price or any other feature may lead to unpredictable and sad consequences. "As a result of a single successful cyber-attack a person may lose all data, a critical infrastructure may stop working and even lead to human casualties. In my opinion cybersecurity tolerates no compromises."

We will open every door, check everything. We don’t have any secrets!

"When they say we have strong ties with Russian espionage it's not true. We co-operate with many law enforcement agencies around the world - in the past with the US as well. We will open every door, check everything. We don't have any secrets, we don't do anything bad against our customers and against governments." 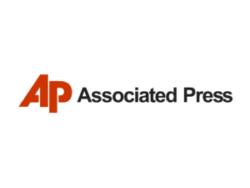 Russian anti-virus CEO offers up code for US govt scrutiny

The chief executive of Russia's Kaspersky Lab says he's ready to have his company's source code examined by U.S. government officials to help dispel long-lingering suspicions about his company's ties to the Kremlin. Eugene Kaspersky said  that he's also ready to move part of his research work to the U.S. to help counter rumors that he said were first started more than two decades ago out of professional jealousy. "We can disclose the source code," he said, adding that he was ready to testify before U.S. lawmakers as well. "Anything I can do to prove that we don't behave maliciously I will do it."