You really should not believe all you read on the internet. But surely we all know that, right?

But, then, at the same time, there are some resources on the net that can be trusted. For example, there’s Wikipedia, which I often refer to in my blogposts. However, even it needs to be read with the occasional pinch of salt added to taste – as I have mentioned occasionally here on this blog.

The issue is basically differences between the information given on different language versions of one and the same Wikipedia subject.

Example: On Wikipedia’s English-language page on Stuxnet – the first known cyberweapon ever to be deployed (the infamous worm which in 2010 physically damaged the Iranian atomic program), it used to state (it’s since been corrected) that Stuxnet was discovered by KL. But it wasn’t. It was first discovered by the Belorussian company VirusBlokAda, and later first ‘cut open and dissected’ by America’s Symantec. Back then we were a little slow and missed the first train. The expert at VirusBlokAda who did first find it, Sergey Ulasen, did soon after come and work for us, but that doesn’t mean we found Stuxnet! Still – there it was, on the English Wikipedia page on Stuxnet. While the Russian-language Stuxnet page told the story correctly.

Such discrepancies I see sometimes on Wikipedia between the Russian and English pages as I like to check both (often out of curiosity to find such discrepancies!). However, who’s to say there aren’t the same – or completely different – discrepancies among some or all the different language versions of any given Wikipedia subject? I haven’t checked, nor can be expected to, as I don’t know dozens of languages. But… just sayin’ and all. It just makes you wonder. In fact, it made me wonder if anyone has a studied this issue in depth. But I digress…

Aaaaaannnnyyyyway, it turns out there’s a discrepancy between certain info on the Russian and English Wiki pages for the Caribbean island of Mustique. In Russian it states that ~ ‘the only means of transportation on the island is the golf cart’. But that just ain’t true. The island has regular cars that travel on regular roads. Meanwhile, over at the English-language page, there’s no mention of golf carts!

Of course, maybe things have changed since when the page was written. But if they have, well… the pages need updating!

So. Mustique. Turns out it’s rather a unique and very interesting island: it’s a private island, owned by the Mustique Company, which in turn is owned by the island’s home owners, which include royalty, rock stars, top fashion designers and other very rich VIPs. The island has its own rules, but no police! The rules are simply obeyed based on mutual respect for each another. Like! If only it could be like that everywhere!

Btw: you can’t drive here without a local license. 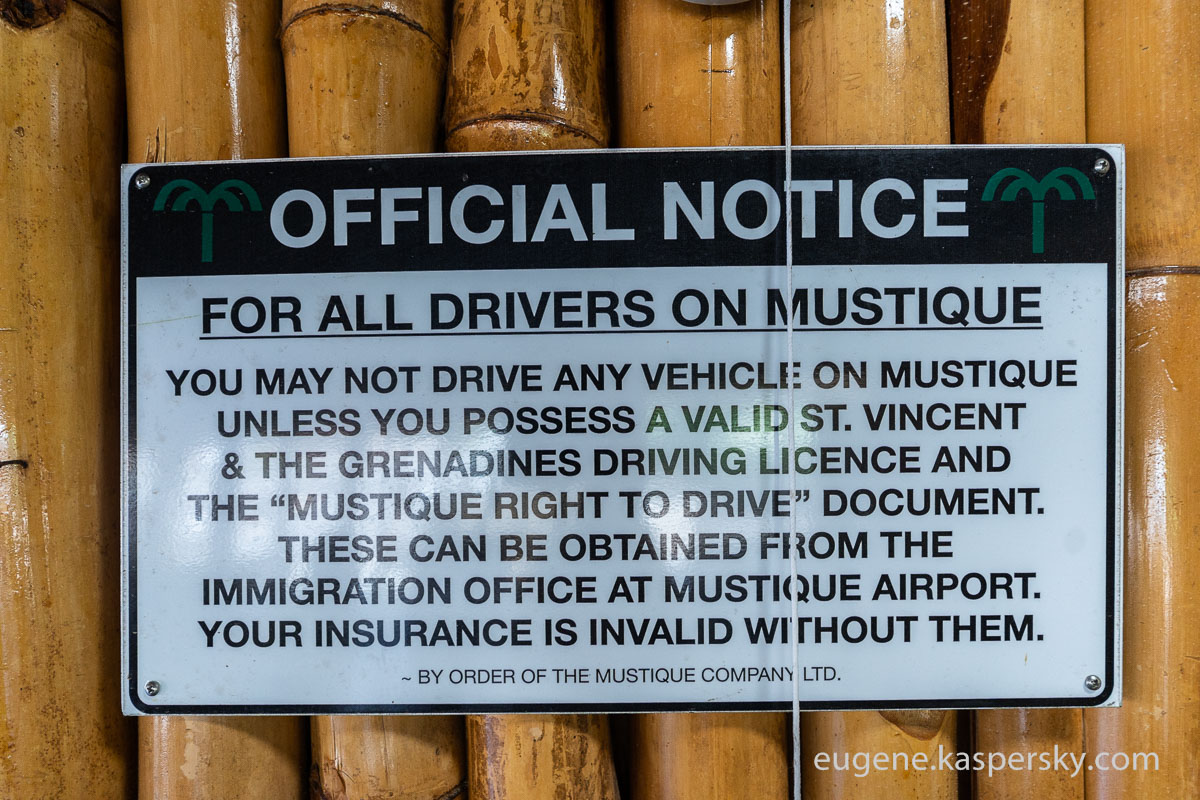 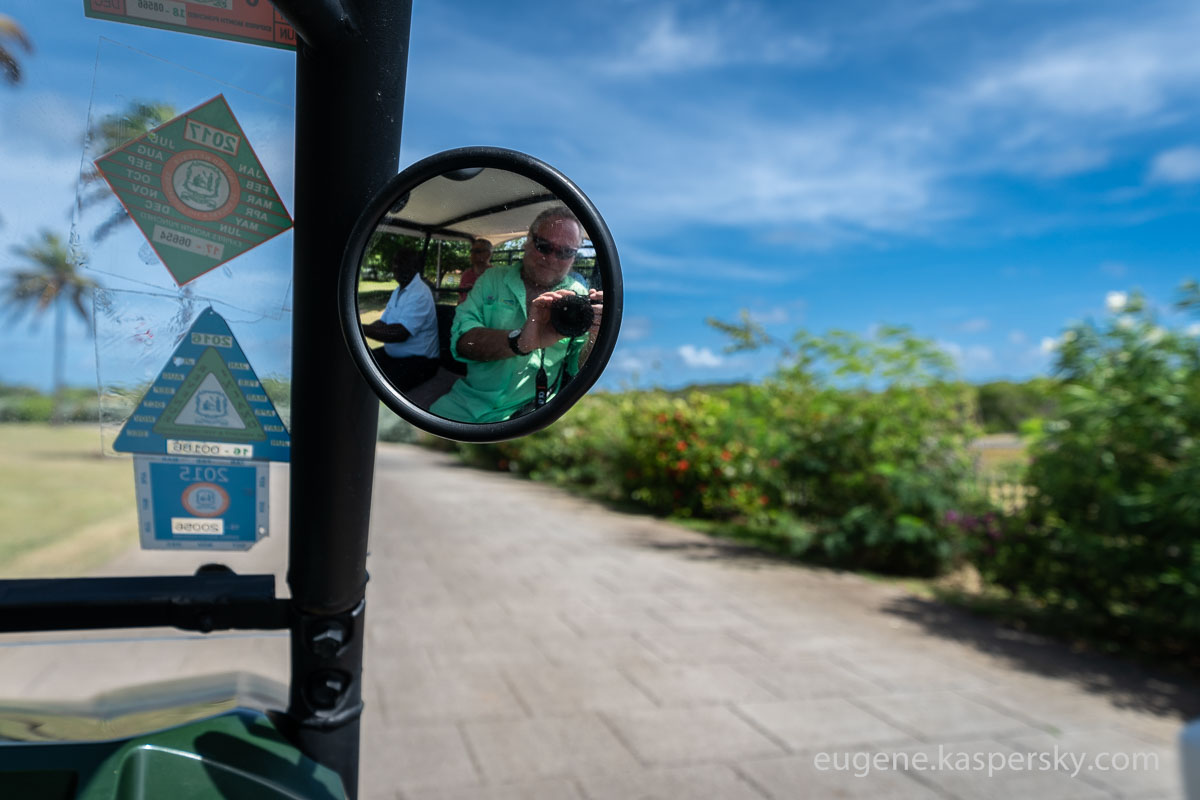 The runway is possibly without equal: it curves upward toward both ends!

Can’t say I’ve ever seen such an… intimate animal sculpture before. I probably won’t see another either ).

Now about the unusualness of the island…

It’s basically run like a private club. The mansion and villa owners somehow choose the island’s ‘government’, which looks after the island’s administrative functions.

There are some curious rules. For example, a home must be sold if (i) its owner dies; (ii) the owner divorces; or (iii) the owner is declared bankrupt; that is, when the owner is no longer able to commit to communal and other mandatory island payments. (If an owner divorces, it’s not clear who will pay thereafter.) This rule here is called the 3D rule: Death, Divorce, and… maybe Destitution or Default?!

And when it comes to who may buy a property, potential buyers first need to be formally approved by the Mustique Company with a 75% majority.

Details of such unusual communal-municipal formalities were told us by our local guides. I couldn’t seem to find any similar tales on the internet. Just goes to show how exclusive the island is ).

(That ‘rust line’ along the beaches – tell you about that later).

That’s all from Mustique folks. But I’ll be back with more tales from the Lesser Antillean side tomorrow…

Another quick selfie. Must stop this. I’ll be procuring a selfie stick soon… 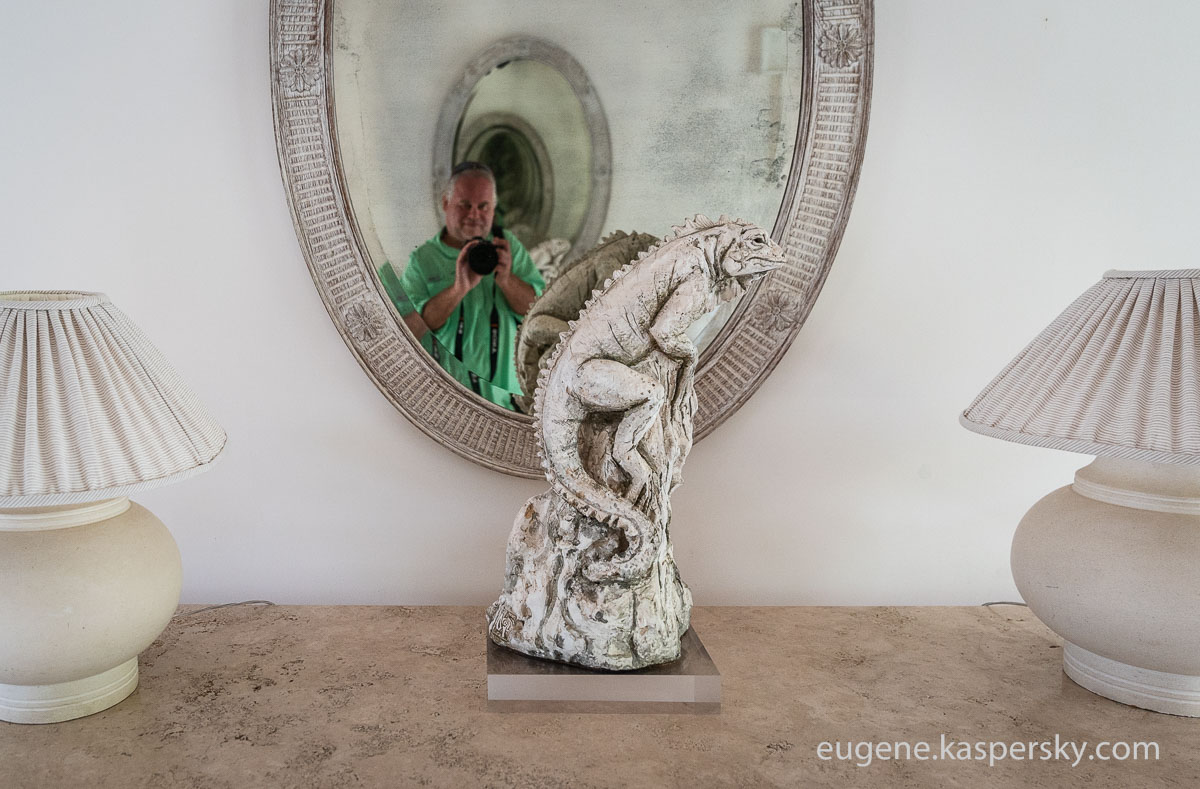