Fortunately, the exhibition center we were headed to that morning is just 400 meters from the hotel we were staying at, and there was just no way we were going to get a taxi because of a few inches of snow, obviously. So, after showering and breakfasting, out we ventured to see what happens in Lille after relatively heavy snowfall overnight…

First impression: none of the footpaths have been cleared of snow – like, really, NONE! Folks toing and froing cut a path through the snow and ice instead. The merits of this I’m still not certain of. Maybe I’ve been spoiled in Moscow with its army of street cleaners snow clearers who do a wonderful job at removing snow from the paths, yards and lanes in residential areas. Maybe here in Lille heavy snowfall is so rare there is simply no need to clear the snow – it’ll probably be melting and disappearing before long anyway. That got me thinking: maybe they needn’t clear snow in the warmer cities of Russia, like Krasnodar or Novorossiysk? It’d sure save billions of rubles. But I digress…

All this snow in a northern European city got me thinking back to a visit to another northern European city – Stockholm – in 2011. If my memory serves me well, they don’t clear snow there from paths or roads either. Regarding the paths, pedestrians compress the snow, which eventually becomes a solid icy mass bobsleigh luge – and folks slip and slide thereupon probably for most of the winter. I was so taken aback I forgot to take photos of this phenomenon. I wonder, can any of you, dear readers, confirm or refute my observations/assumptions? Or was it all just an illusion? Hmmm.

Finland: been many a time, but so long ago I can hardly remember. I only recall us skating upon ice – atop the Baltic Sea!

Norway. Been – but not in the deepest winter. I wonder how they deal with heavy snowfall? There I go again digressing. Back to Lille…

I was in town for a conference – the International Cybersecurity Forum. Just one problem: many of the participants planned on getting there by train, but… all trains from Paris had been cancelled! ALL OF THEM! Reason? Snow!! To remain politically correct, I’ll say just two words on this: no comment! ;).

Ok, that’s being a bit harsh. After all, the TGV gets up to speeds of around 250 kilometers per hour (in Spain trains can go up to 300km/h, as they have done – for nearly 55 years already – in Japan, which is longer than I’ve been alive!). Let’s face it: don’t want trains slipping off the rails because of snow at those speeds now do we? Still, at first glance, is does seem a bit… odd, no? ) 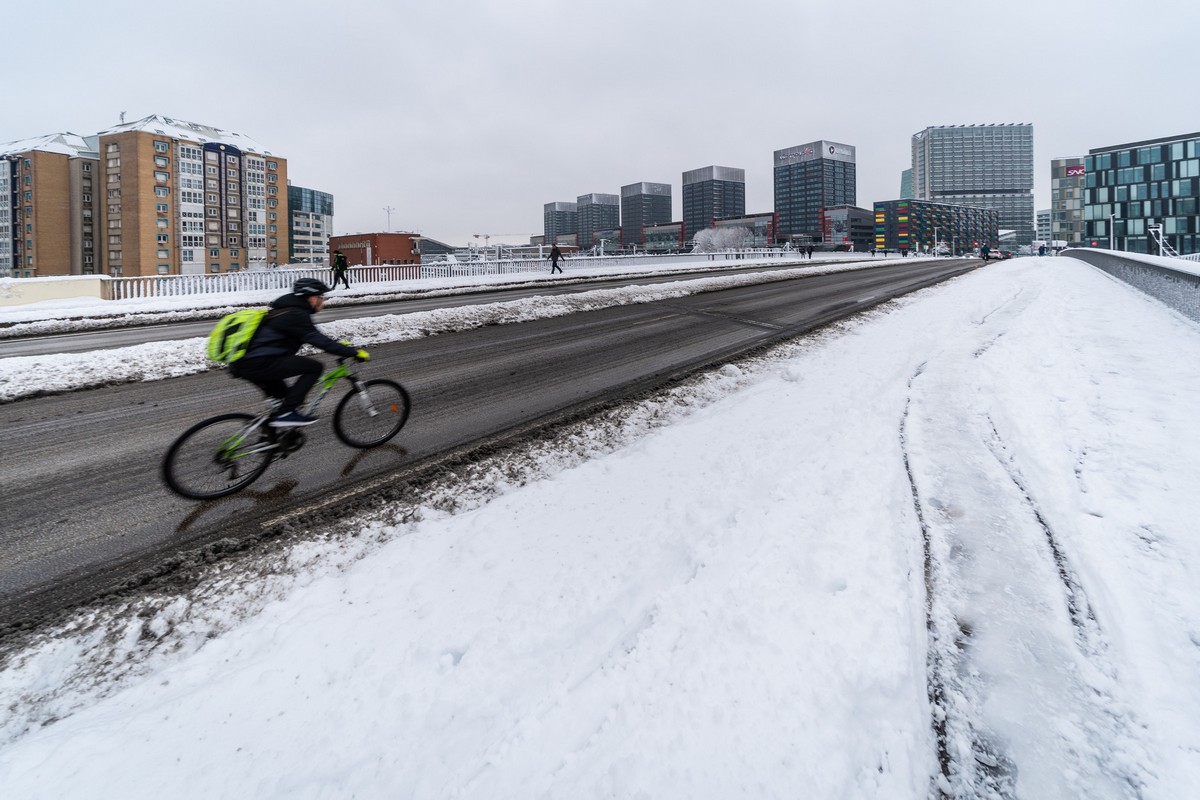 Meanwhile on the roads…

As you can see – no snow clearing operations undertaken. The snow was wet, and it quickly melted on the roads as cars drove thereupon; that’s what happens with properly-built roads: there’s so much stone underneath them which acts as a car-wheels’ heat-returner.

But what I couldn’t quite believe was how clean cars stay on these ‘mucky’ wet roads. Check out this car in the below pic: it had just traveled 100km along roads as wet and ‘filthy’ as these, yet look at it: not exactly covered in a film of grim and grunge now is it? Let me tell you… that would not be the case if it had just traveled 100km on a Russian road. But, again, is that being fair? Russia gets a lot more snow.

Its center is really quite charming. See for yourself (the pics are a little dark; they were taken in the evening after the day’s work):

If you look closely in the following pic, there’s a bell attached to the building. I’m sure it has some historic significance, but I didn’t get the chance to investigate. I wonder, do any of you, dear readers, know what that bell was once used for? 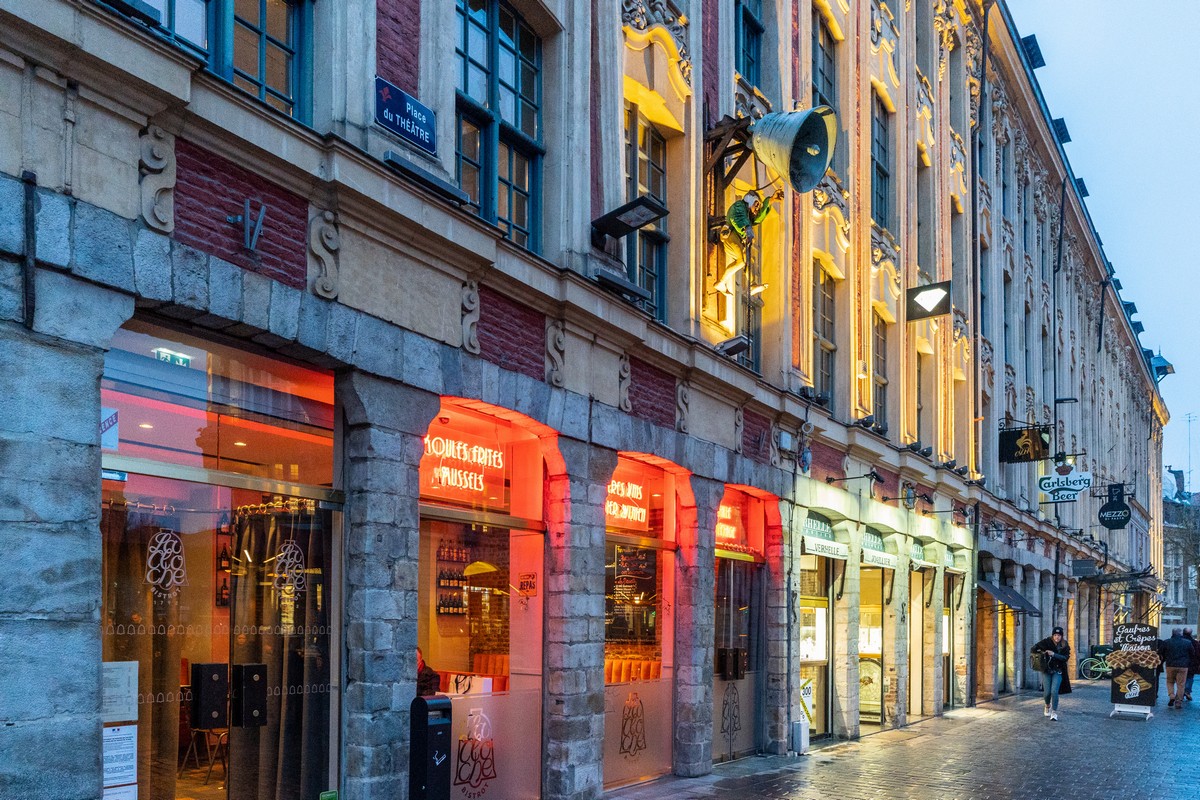 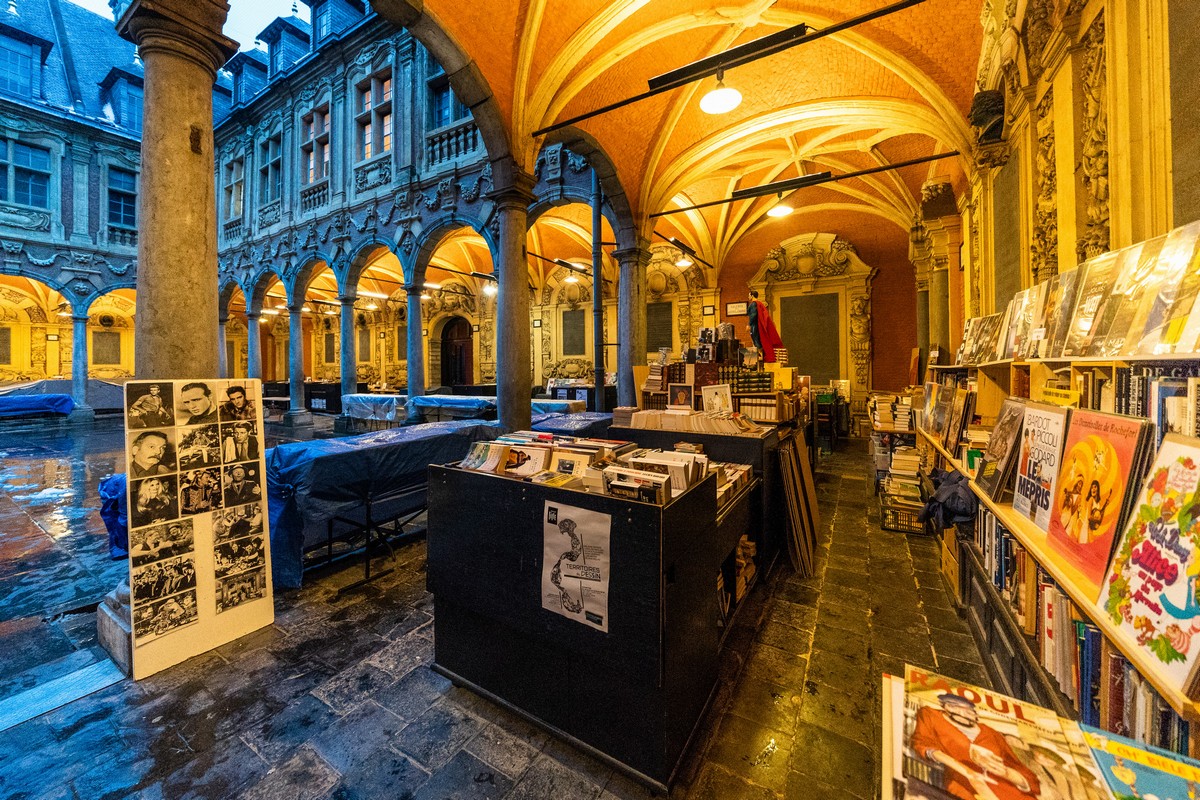 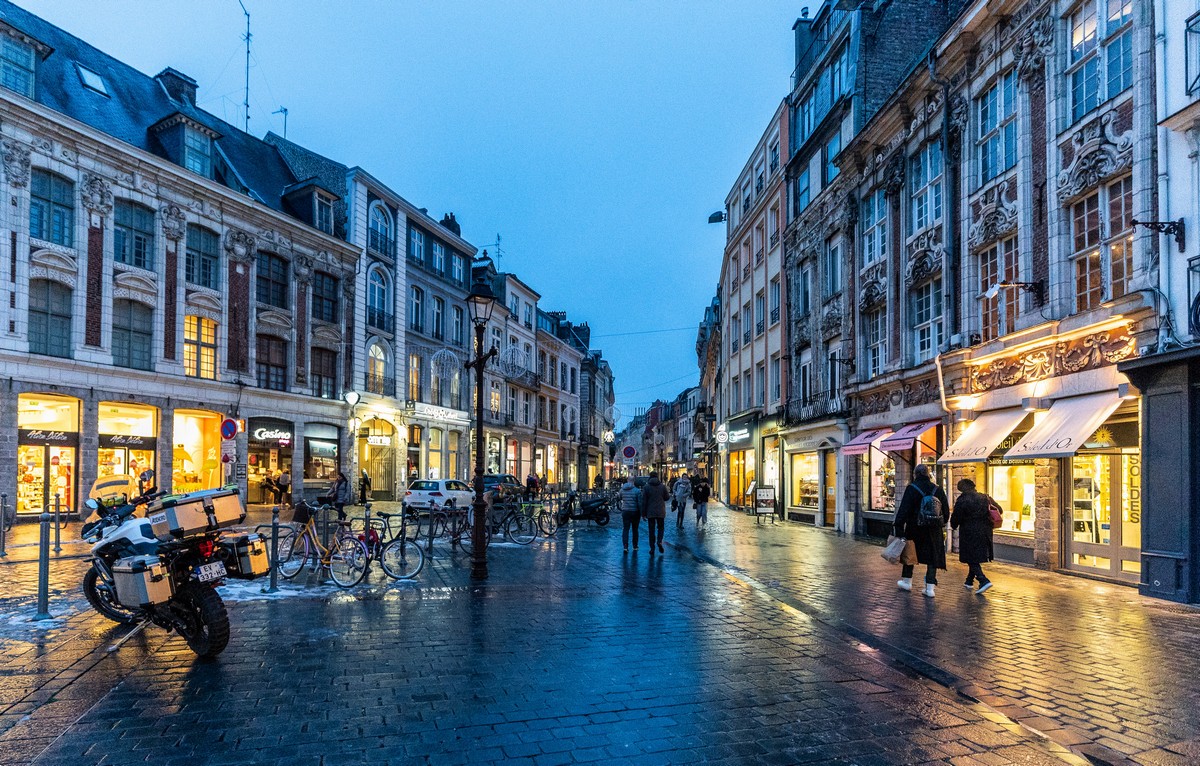 Suddenly, unexpectedly, to our right: Oh my gin! 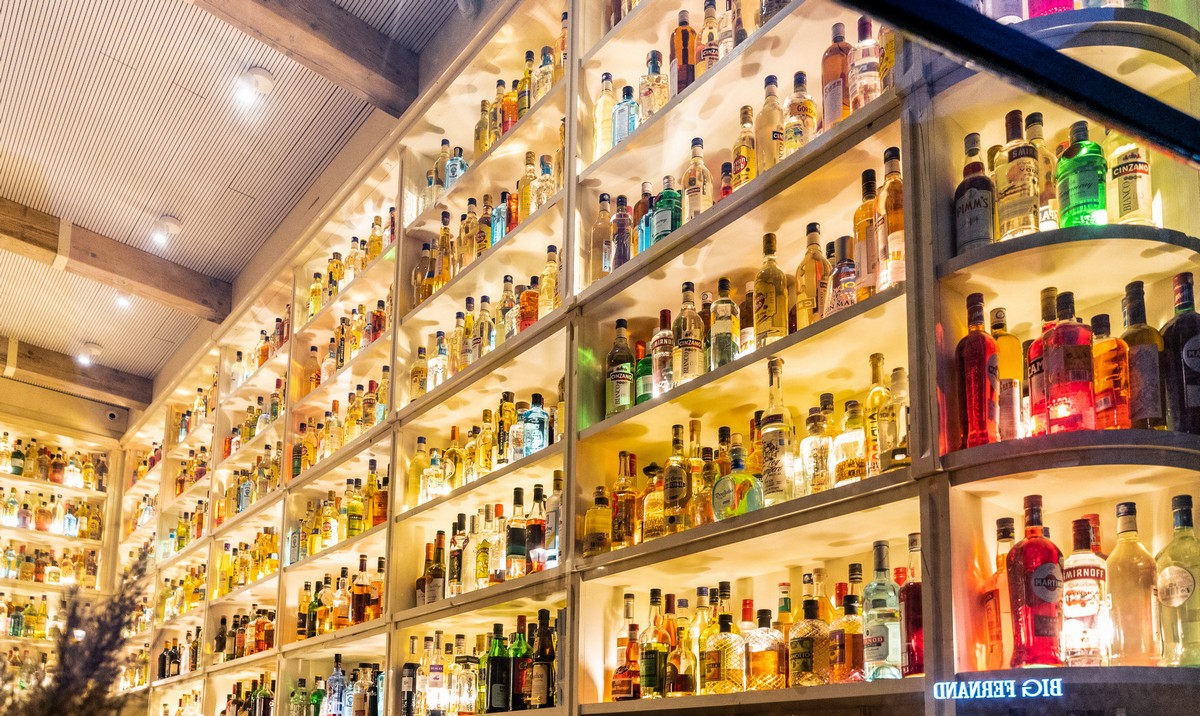 What’s even more astonishing is the fact that we didn’t go inside for a sharpener! 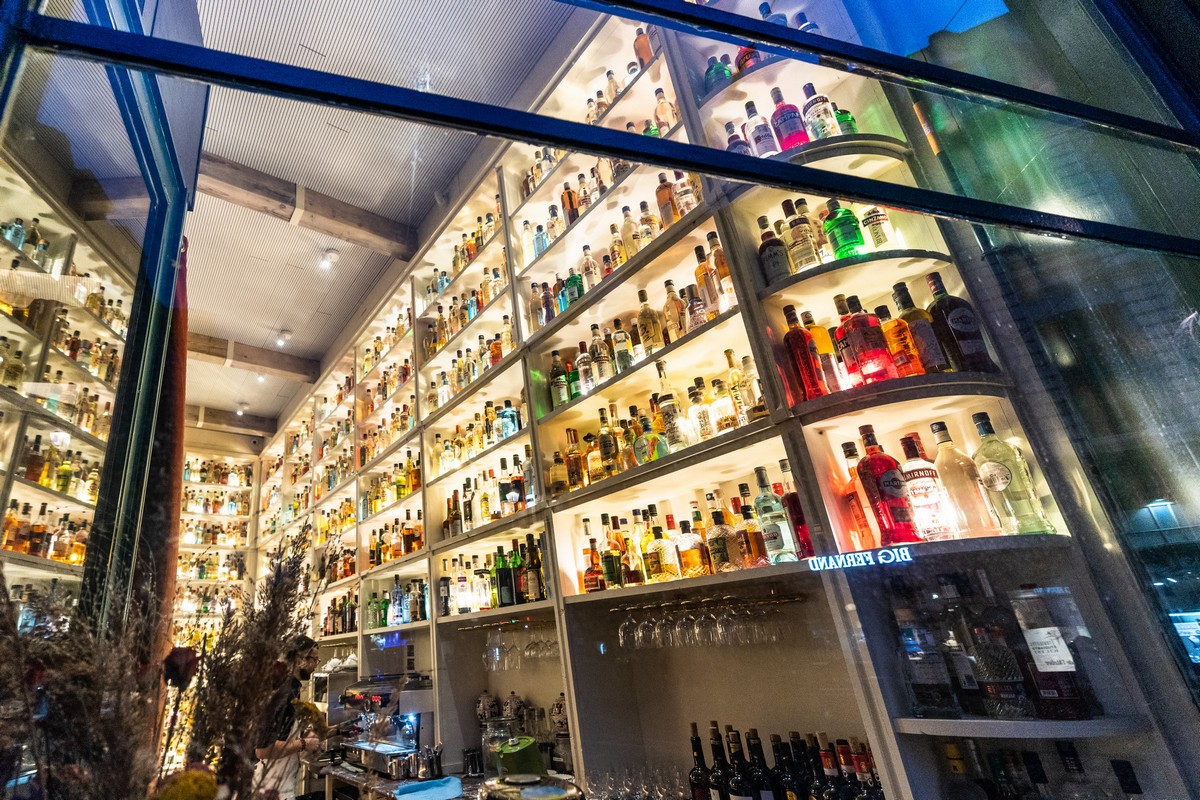 We turn off the glitzy-cozy street lined with lit-up shops and bars… suddenly:

No one around at all! 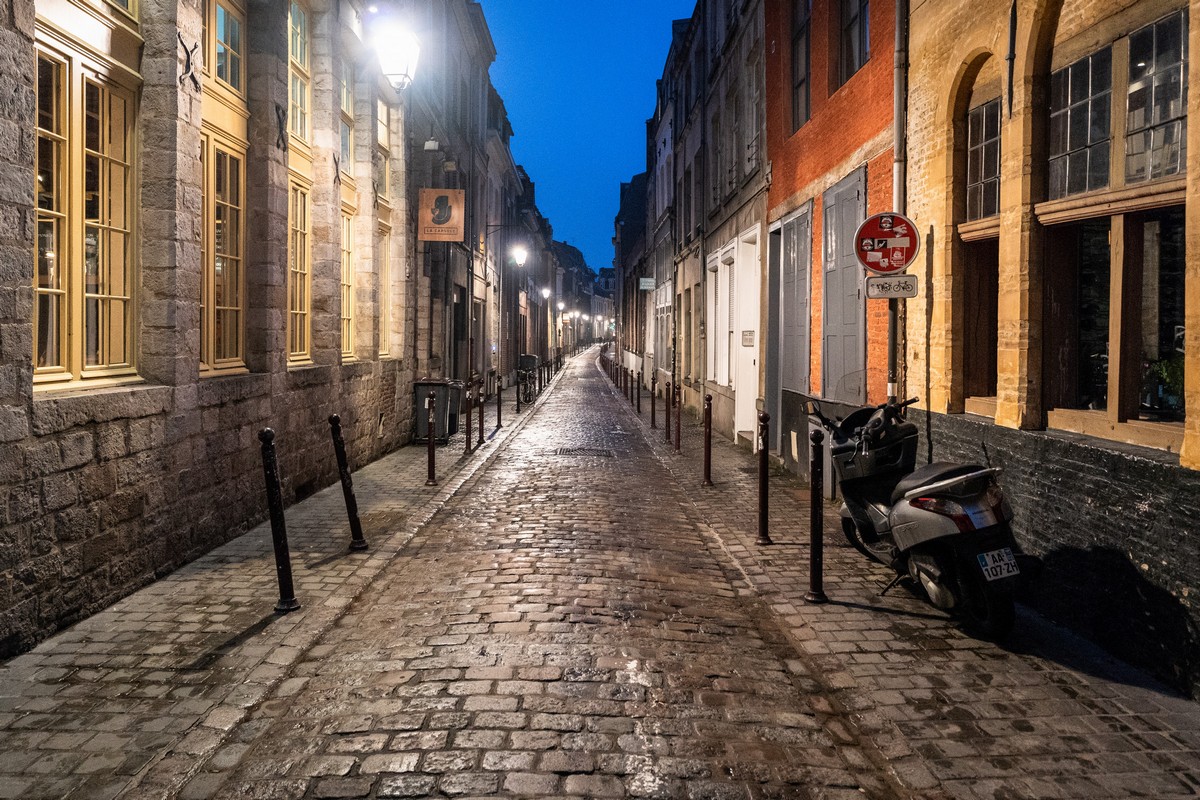 It seems, in Lille, no matter there’s more than a million folks live here, in some places in the very center the streets can be completely empty. Again, maybe I shouldn’t compare it to Moscow: where more than 12 million live and there’s not one unpeopled location to be found anywhere in the city no matter how hard you look! 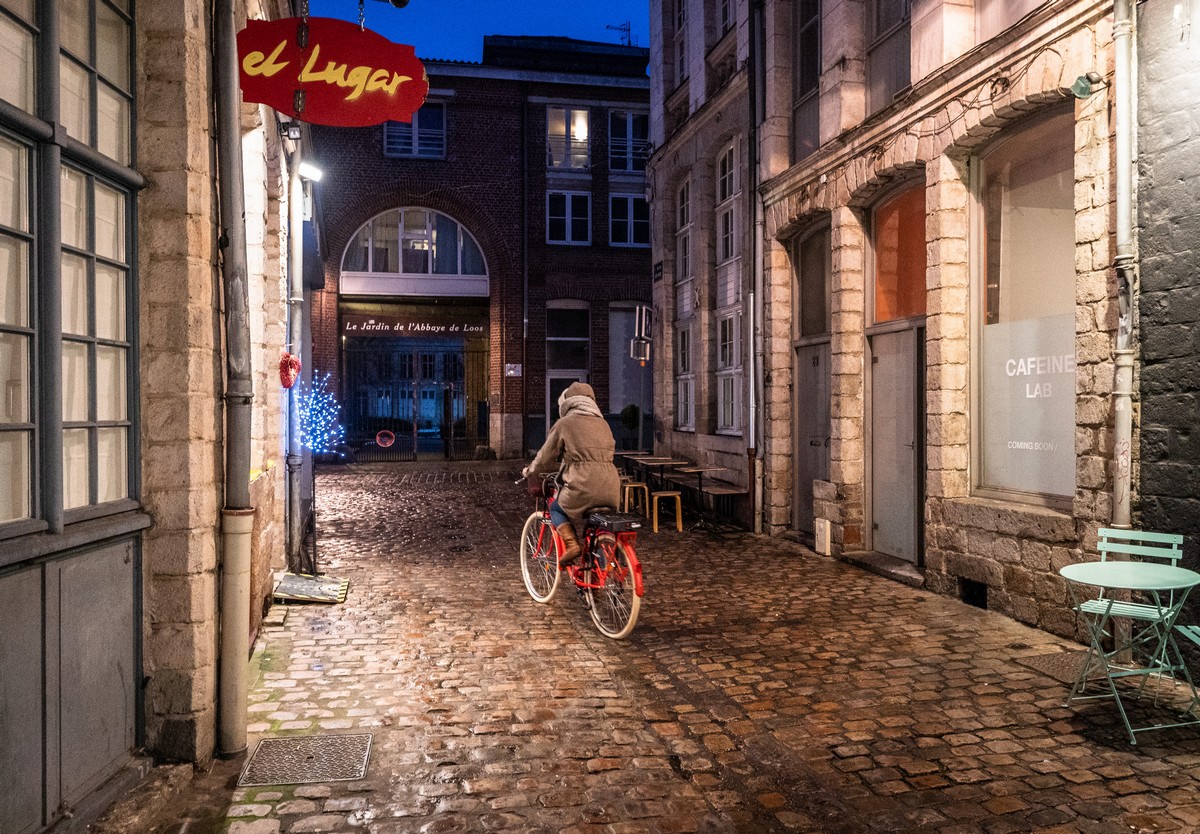 Ok, so, anyway… – what were we doing here and why?

We were attending the cybersecurity forum already mentioned. 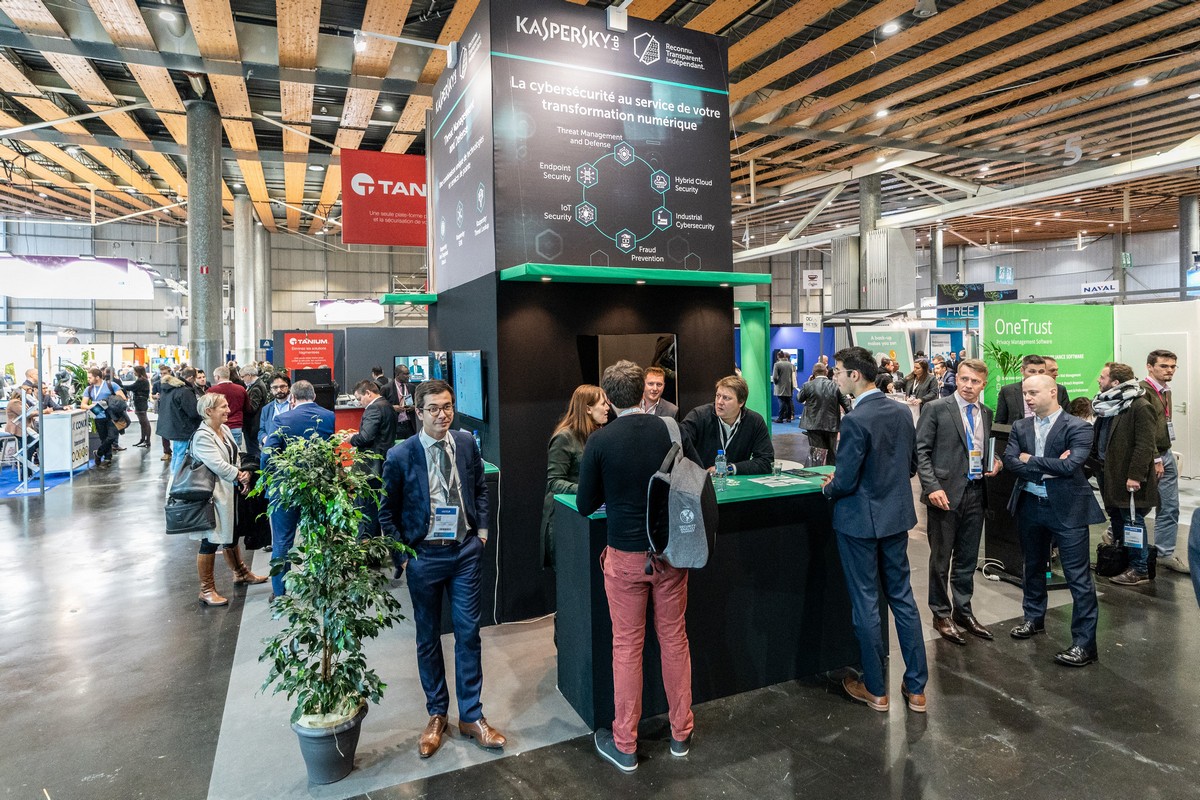 Hacker theme; some companies even seem to want to attract them to their stands: 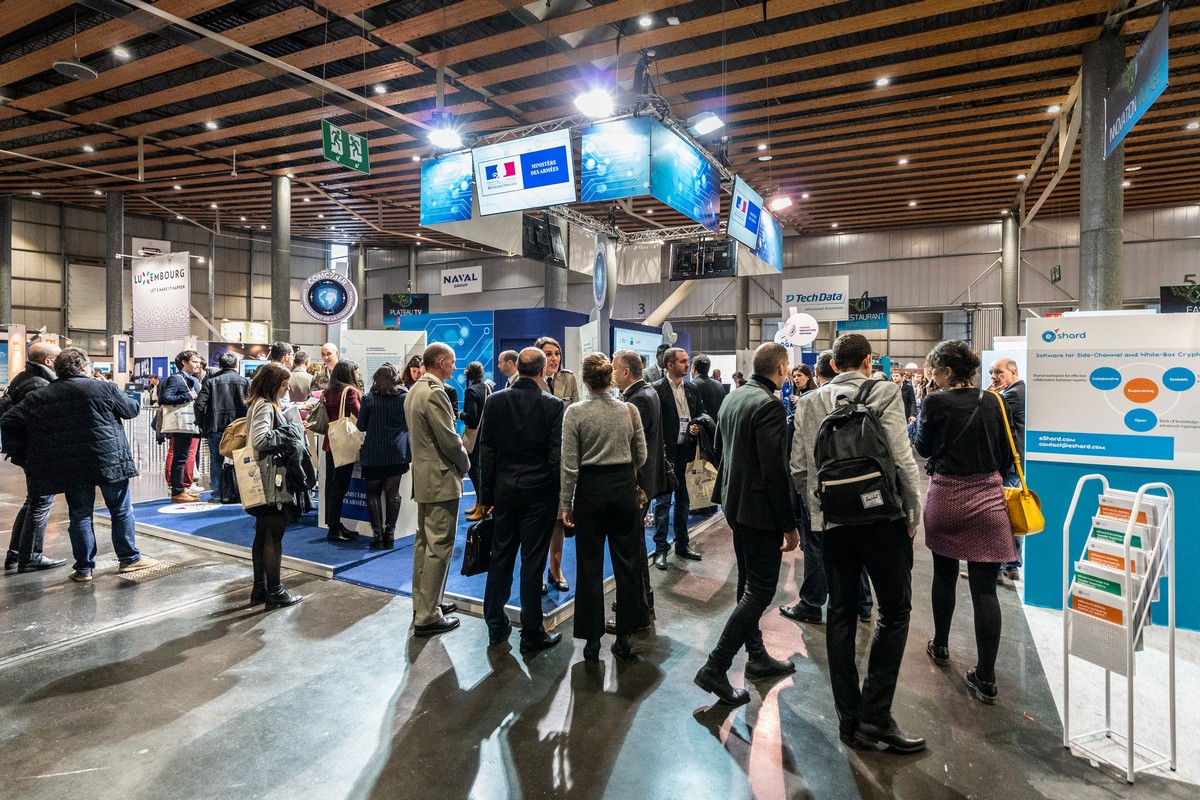 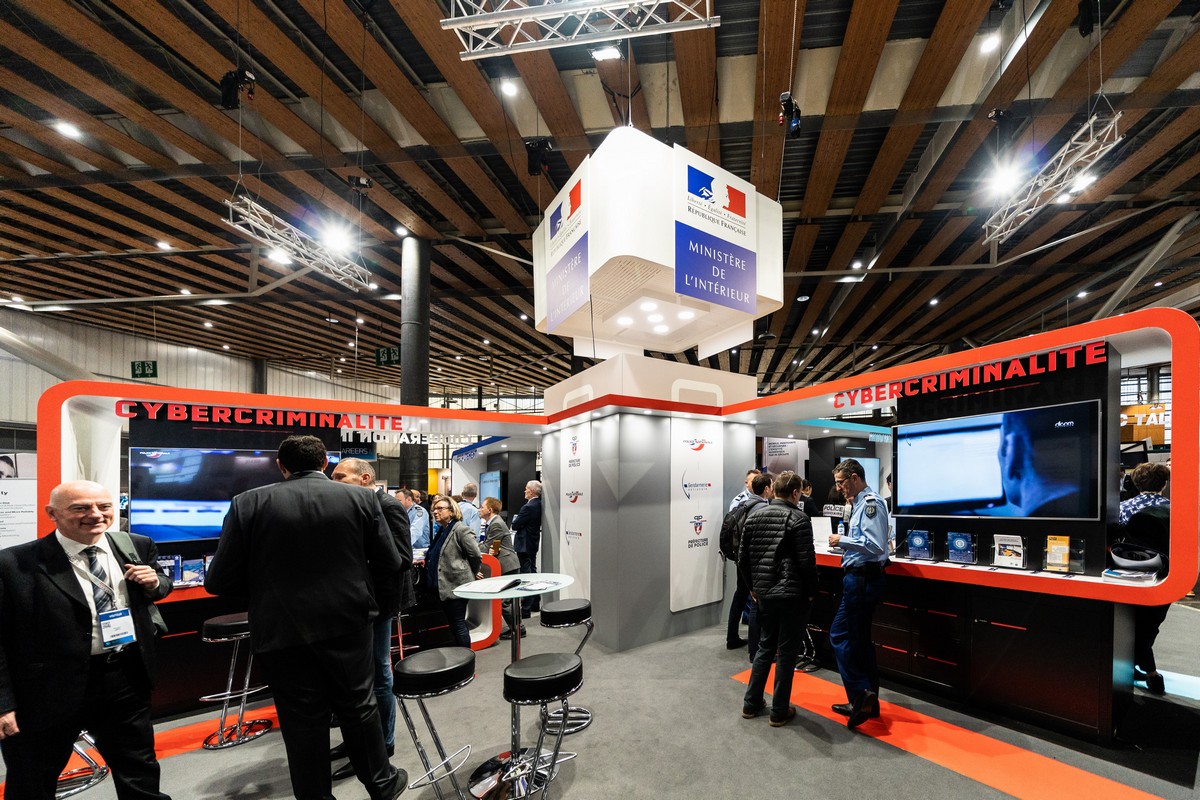 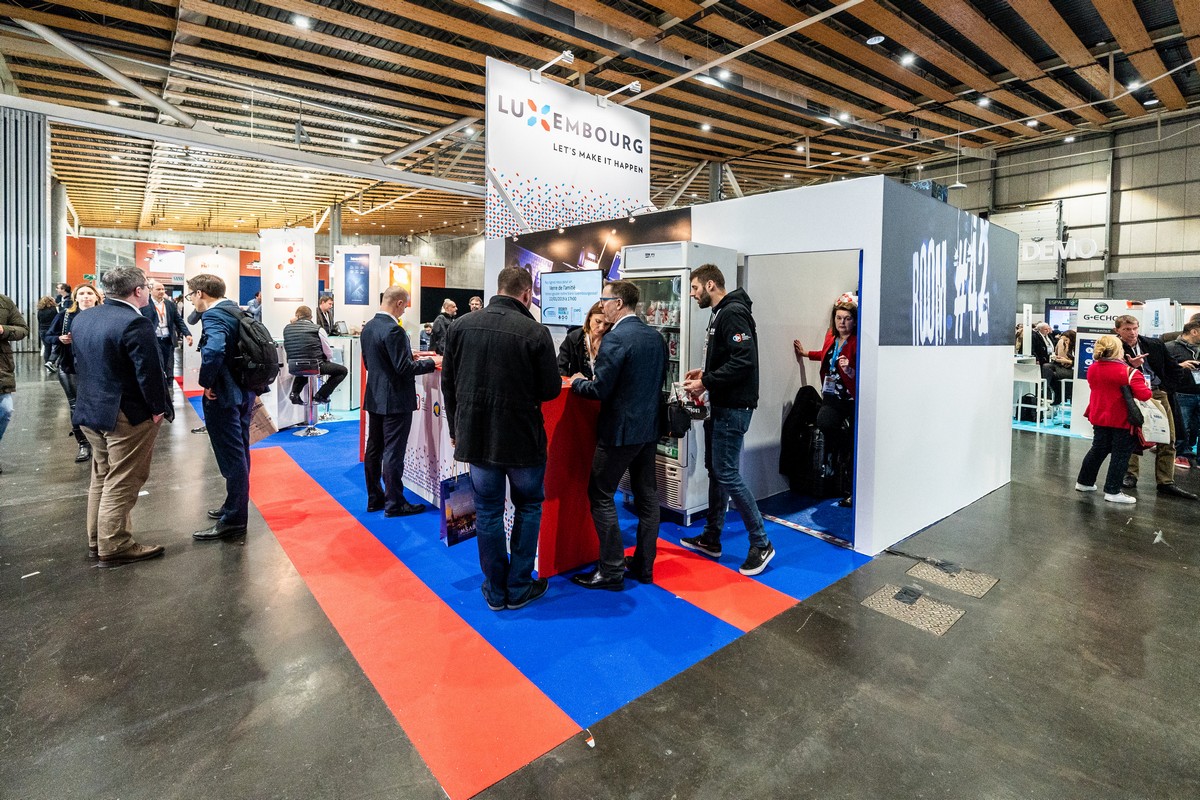 One thing I noticed was that France and French-speaking countries generate lots and lots of cybersecurity startups. I don’t think I’ve seen so many anywhere else, besides California and Israel, that is. A great many companies, investors, coders and various managers all coming together. Respect.

And here’s our stand:

I also took part in a panel up on stage, and gave a short speech too, which was broadcast on Twitter:

And that’s about it. I’ll just leave you with a few modern kunst pics – on the wall in a Brussels hotel: 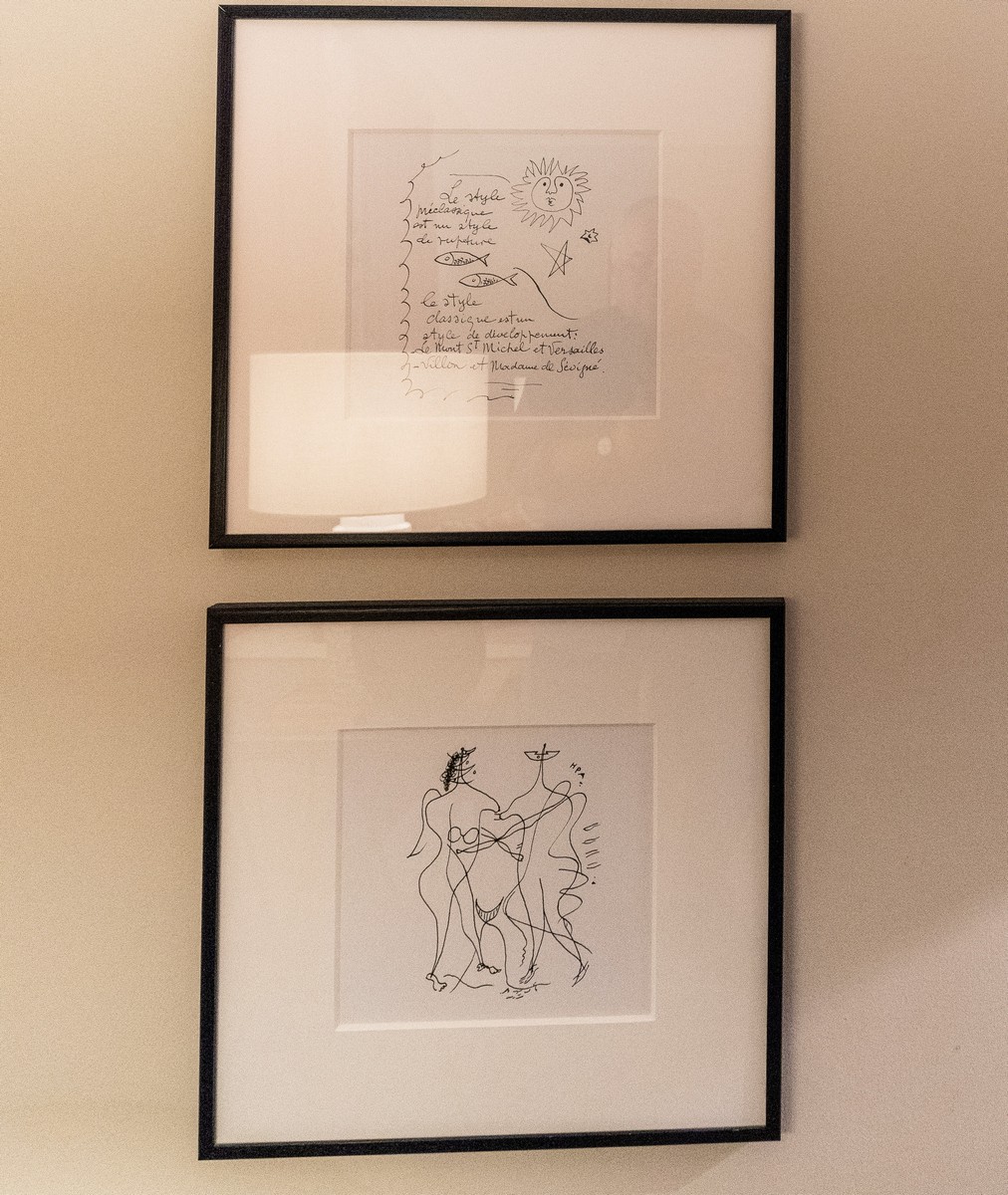 And a pic from the plane back home: