The other day our executive director (E.D.) received a note with the agenda of an upcoming business trip of mine:

Attached thereto was a receipt for prepayment of rental of a helicopter to get from Krasnodar to Novorossiysk. The name of the company that owned the chopper? Abrau-Durso – the well-known (locally) wine-and-champagne producer!

Alas, there was no time for us to fit in a visit to the winery for a tasting. See, it was business, E.D. :)

The views from up above were rather spectacular:

One thing I didn’t manage to snap from the chopper were the eagles flying about. They hover above their territory protecting it from other birds, always on the lookout for their next meal. Well, turns out they think a helicopter flying over their patches is a bird too – and start attacking it! The pilot told us how he’d known them fly into the windscreen before! And this time he had to make a sharp maneuver to get out of the way of an unfriendly eagle heading right for us. Not the most soothing feeling I’ve known; but better stomachs churning than a bloodied eagle in our laps for sure.

What can I say? Novorossiysk is a real nice place – especially downtown. It’s clean and tidy; it’s bright and colorful; it’s nicely maintained and furbished. Wait a minute… I said that just yesterday about somewhere else.

There are of course the grubby and unkempt, dull and grey, run-down and dilapidated parts of town, but on the whole things are looking good. There’s the super-long main embankment that’s recently been renovated; there are lots of parks; lots of pedestrianized zones; and lots of impressive children’s playgrounds. The last time I was here was in 2002; in just 14 years the whole city’s been transformed: it used to be battered and tattered, dirty and disheveled – even depressing. No more:

It was windy and a little wet, but that didn’t dampen the spirits. 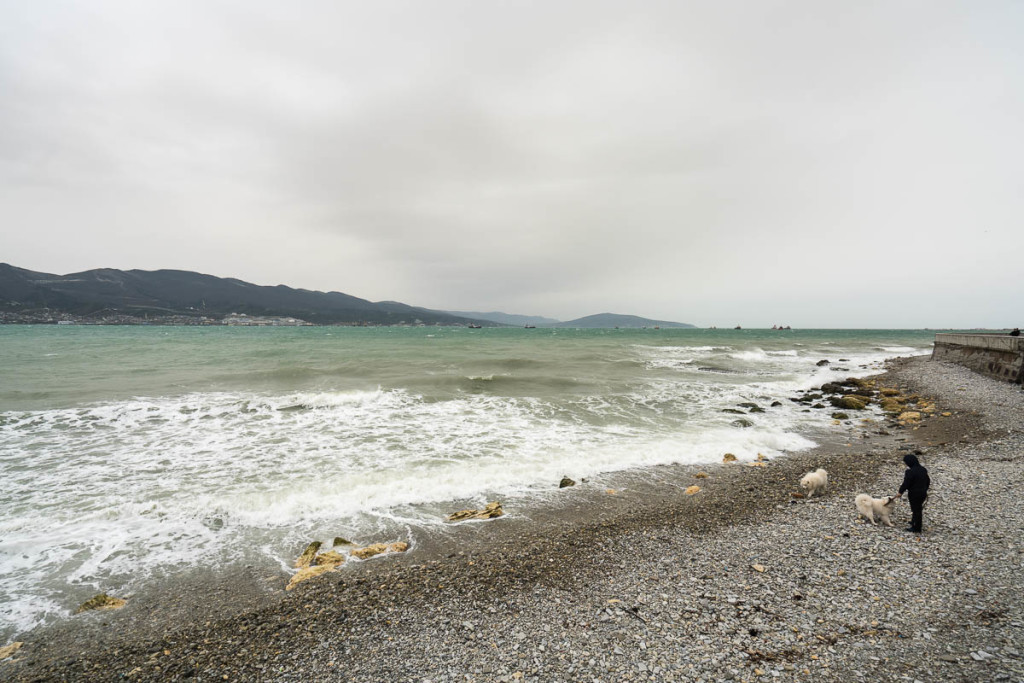 The view from the top of a nearby hill: 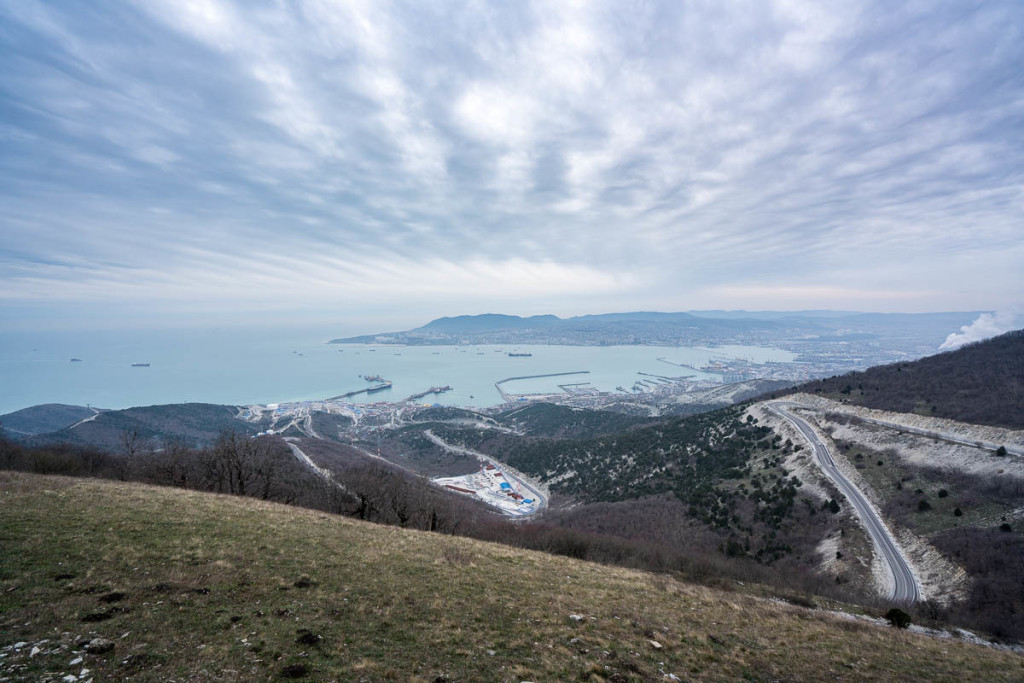 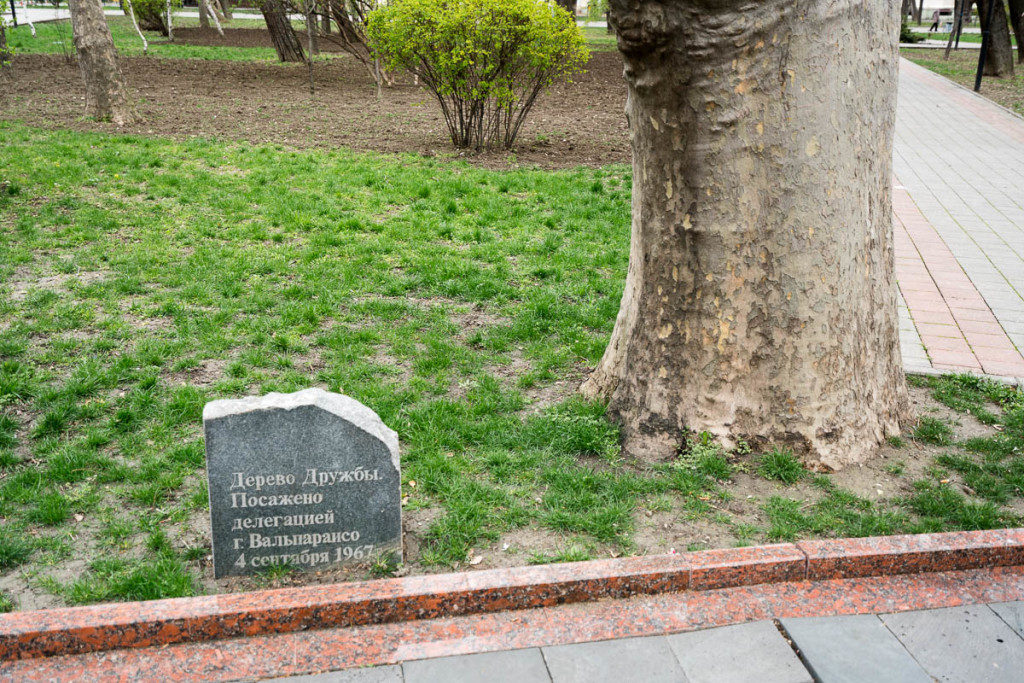 “Tree of friendship. Planted by the delegation from Valparaíso, September 4, 1967.”

Next up: an excursion of Novorossiysk Sea Port. 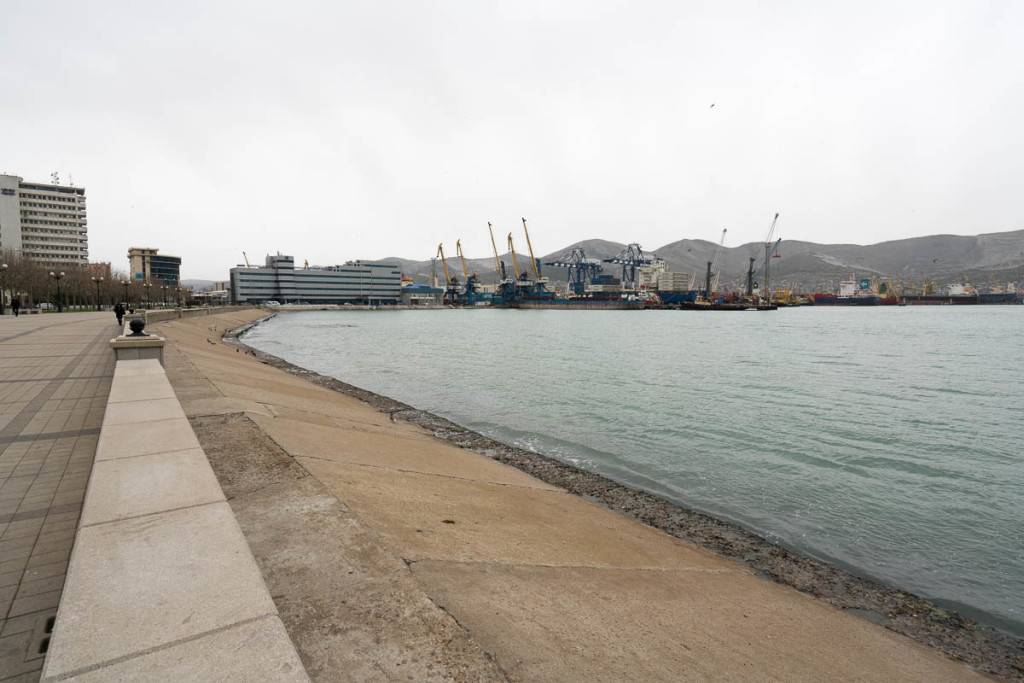 Both the scale and forms of the various bits of industrial-logistics kit dotted around the port really impress. And it seems, you name it – oil, metal, coal, grain, timber, pipes, containers – it all goes through this super-port. But then, it would: it handles more cargo than any other port in Russia.

It’s clear it’s not up there with the MEGA-ports of the world, but then, actually… how can you make accurate comparisons? The data I found on the net mainly give volumes based on the number of containers that go through a port in a year. But what about non-container bulk freight, which is Novorossiysk’s strongpoint? And I don’t think it’d be right comparing with the mega-container-hubs like Hong Kong and Singapore, as they act as mere transit hubs to a large extent (where they simply transfer containers from one ship to another).

In 2014, 121 million tons of cargo went through Novorossiysk. What about in other large ports?

Here are some pics that I hope give you an idea of the size of the port. Note: the pics are all just of one of the port’s quays!

Most of the loading and unloading work is automated these days. Some of the older quays are equipped with pre-digital legacy devices and mechanisms, but the newer ones are completely computerized. Those in control of the port are very proud of its modernness, but at the same time also more than a little concerned about the security of the computerized technologies. Enter… moi: indeed, that’s why we were here. Let me just say that there’ll be no Antwerp-like incidents occurring in Novorossiysk.

While strolling around the city and being rather amazed rather a lot, I got to thinking: Novorossiysk might just be the best city of Russia! It ticks so many boxes.

If we ran a comparison of all Russian cities based on various factors that all add up to this or that degree of pleasantness, I have a sneaky suspicion the Novorossiysk would do really well, if not come out champion. Just a shame the airport is far from the city and there are no scheduled flights to London, Tokyo or Shanghai. If there were I’d move there!

All the photos from Novorossiysk are here.