As our An-Kam-2015 inexorably approached its end, we had just one more volcano to check out: Koshelev – actually pronounced Koshelyov (accent on the lyov).

Though the name is in the singular, this isn’t a single volcano – it’s a set of five different volcanoes, each of which erupted at different times, and which together make up a single massive construction of varied volcanism. Since all the volcanoes are old, they’re all partly collapsed. But that’s just what makes them all the more photogenic.

The parts of Koshelyov we checked out (the western peaks) consist of lava stacks (the centers of former craters) colored with multicolored volcanic remains. Various shades of black, white, red and yellow almost glistening in the bright sunlight of the clear day we were lucky enough to be here on.

Initially we planned on trekking to the second pass along these here snowdrifts. Then we thought twice: all those kilometers, such meager rations, and all that stamina needed? Uh-oh. Naah… 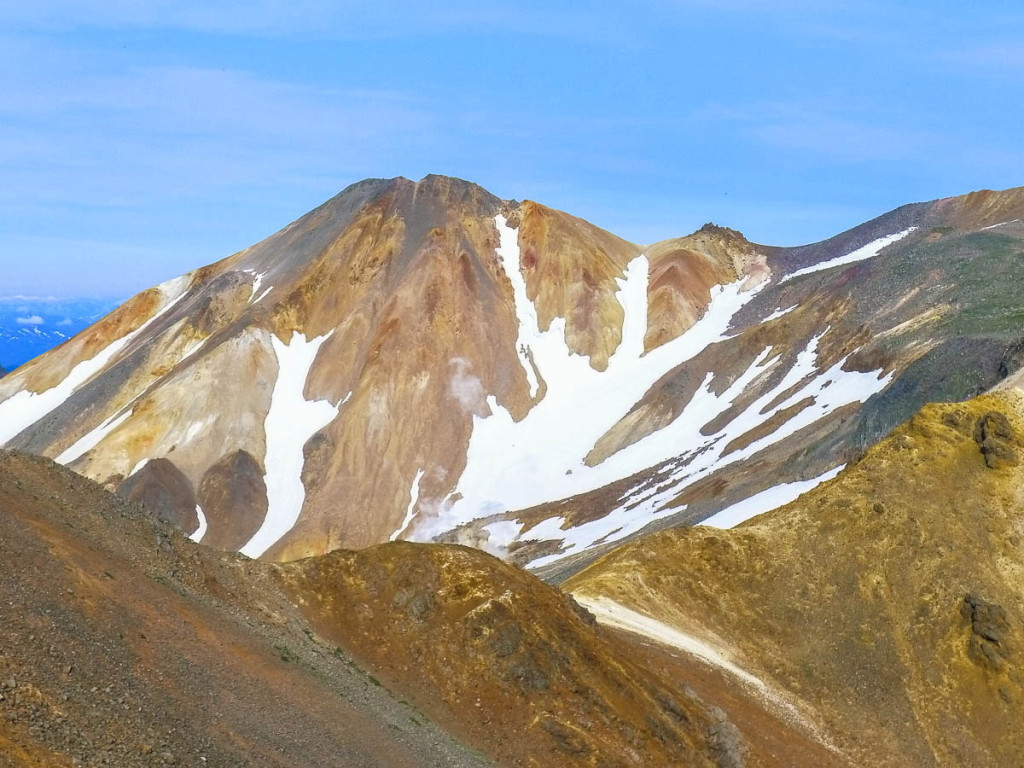 …Indeed, it was getting really tough physically towards the end of our trip here. Climbing up volcano sides for the fourth week running – all our engines were ready for a service or some time out or both. Especially as the trekking here is never easy: underfoot it’s always loose rock, and some of the larger boulders are really quite dangerous: you step on them, they shatter, and off the crumbling bits speed – DOWN the volcano side – with you possibly falling down the volcano side close behind. Volcano walk = no cake walk. Still, mercifully – no injuries.

In the following pic, in the distance to the right of center can just be seen Kambalnoe Lake. 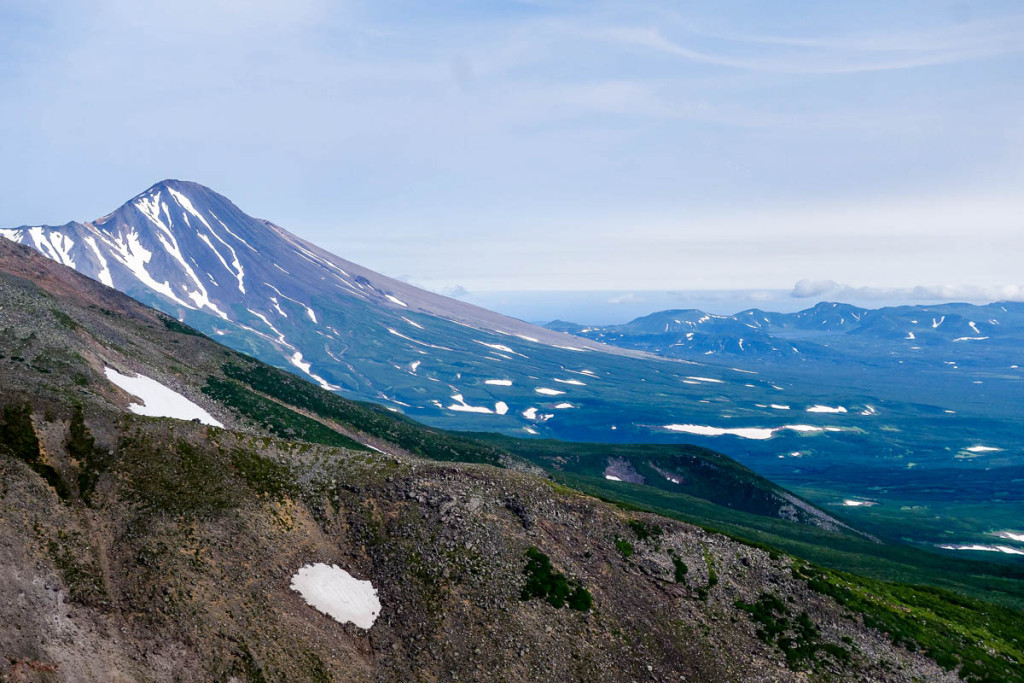 On the horizon in the following pics should be the Kuril islands Paramushir and Atlasov; however, you might not be able to make them out. My eyes saw them, but my camera doesn’t seem to have been up to the task. 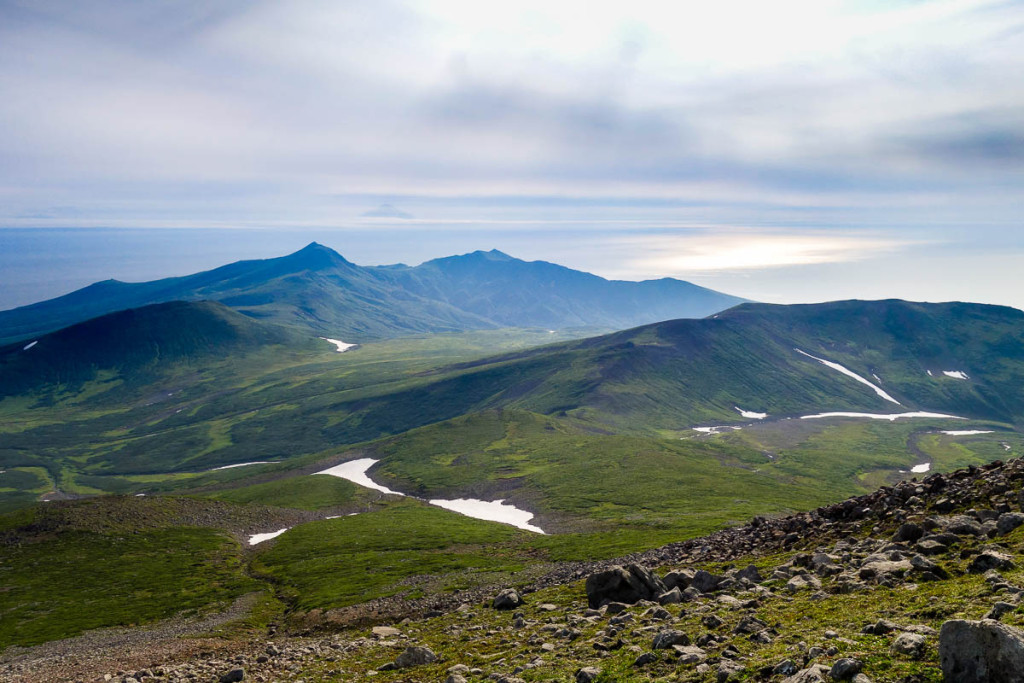 Aha! The cone is actually visible. Right in the center on the horizon: 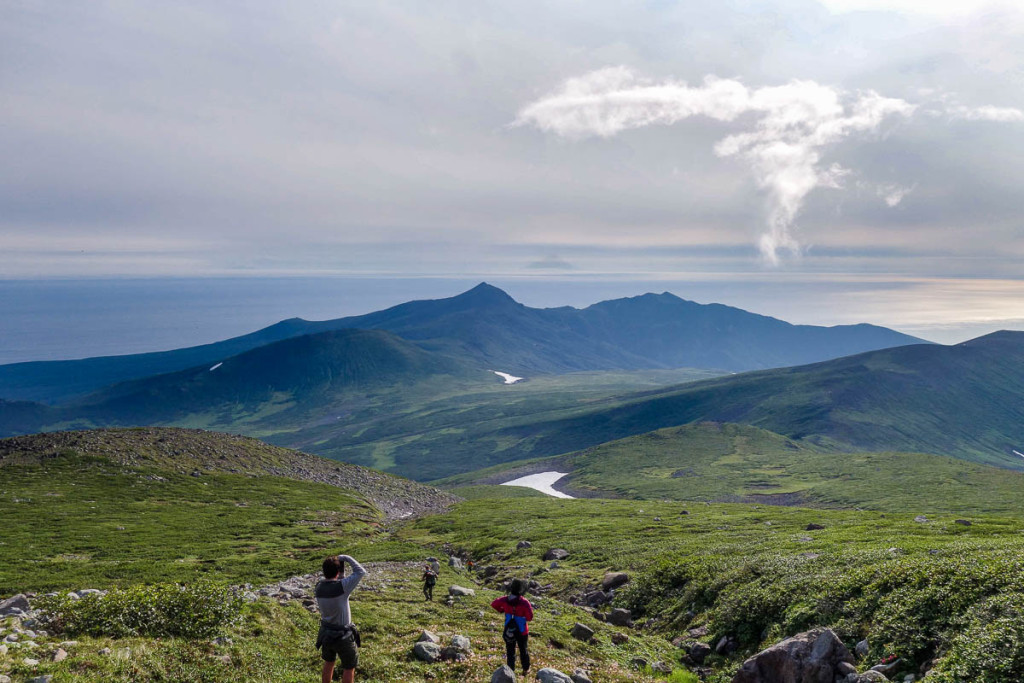 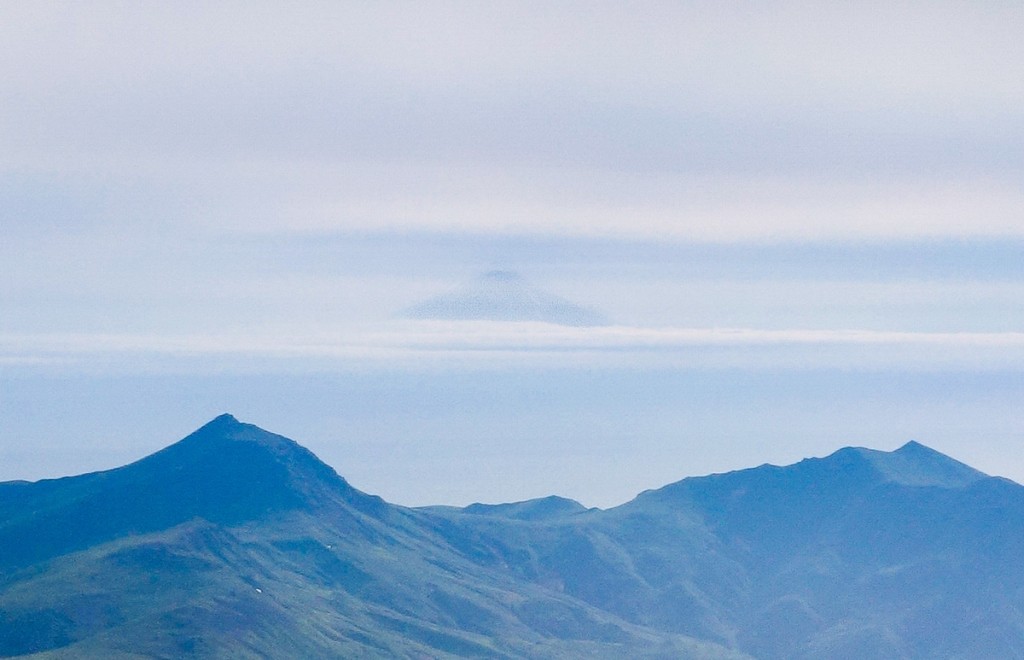 And over there – Cape Lopatka (Cape Spade!), the southernmost point of the peninsula. 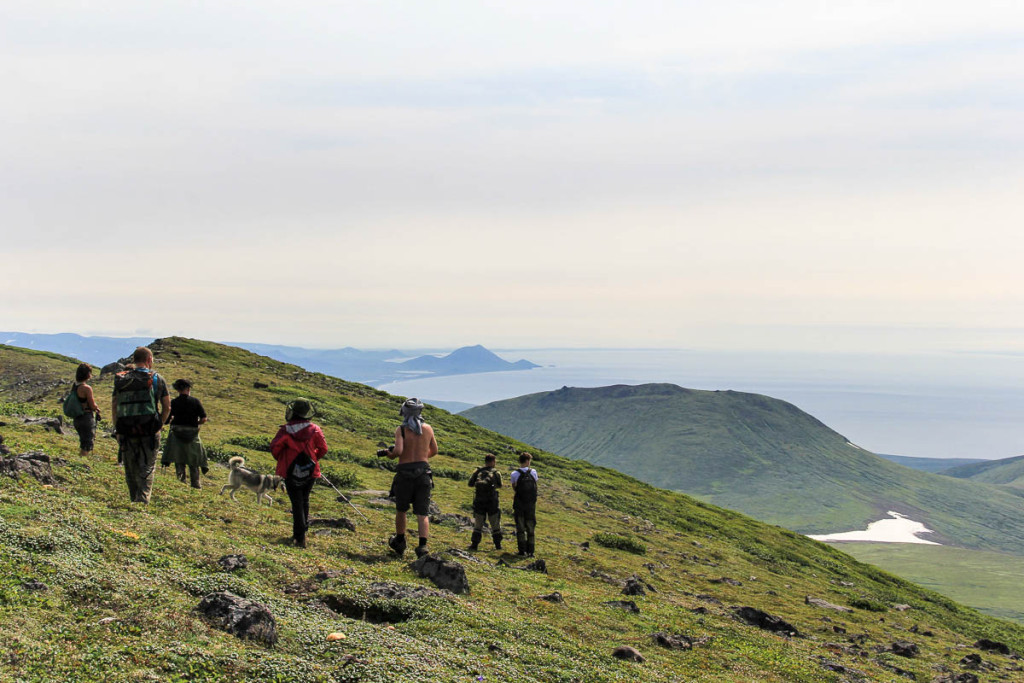 Since Kamchatka is all about tundra, wind, airborne vermin and absolutely nothing to do whatsoever (besides walking up volcanoes – but that was becoming more difficult by the day, as mentioned), plus our time was resolutely up, we cast a farewell glance at the surrounding lush landscapes, turned, and headed for home!…

One last bit of fun though – a visit to the Nizhne-Koshelevskie hot springs. So much for the fun bit – the heat and chemical ingredients of the hot water makes them unsuitable for bathing in. Dough!

All the photos of Koshelev volcano and environs are here.