There are just a few days left of this year, so I’d better rush and push and go over 2014 in review, before I get on to congratulating everyone for having a super year and wishing all the best for a supreme 2015…

Three years ago I came up with a list of what I reckon are the ‘Top-100 Must-See Places in the World‘ – a list of what I consider are the most mind-blowing sights around the planet. I hadn’t been to all the listed places – many were still left to ‘do’. This keeps things interesting – at least for moi! – as I get to keep steadily adding checks against the still-to-do’s (normally while on business trips – can’t beat two birds with one stone and all :).

So what else did I get to see this year that wouldn’t fit in the Top-100?

The Irish cliffs are like totally worthy of inclusion in my Top-100; however, for them to be included some place would have to be removed. But what? No easy task…

Here are a few more curious events from the past year… mostly a lot closer to home than the exotic locations of most of the Top-100:

– Meeting Angela Merkel;
– Buying an elephant;
– Witnessing a launch of Soyuz at Baikonur;
– Experiencing weightlessness;
– Being on Japan’s main TV channel;
– Our office being named the ‘Best Office in Moscow, 2014’.

I’ve been doing fairly intense KL-PR stuff for years already. This year it was as intensive as ever…

All the above figures and events give us the following auxiliary stats too:

Transferring all the above onto a world map, we get the following. Red spots – business; green – tourism: 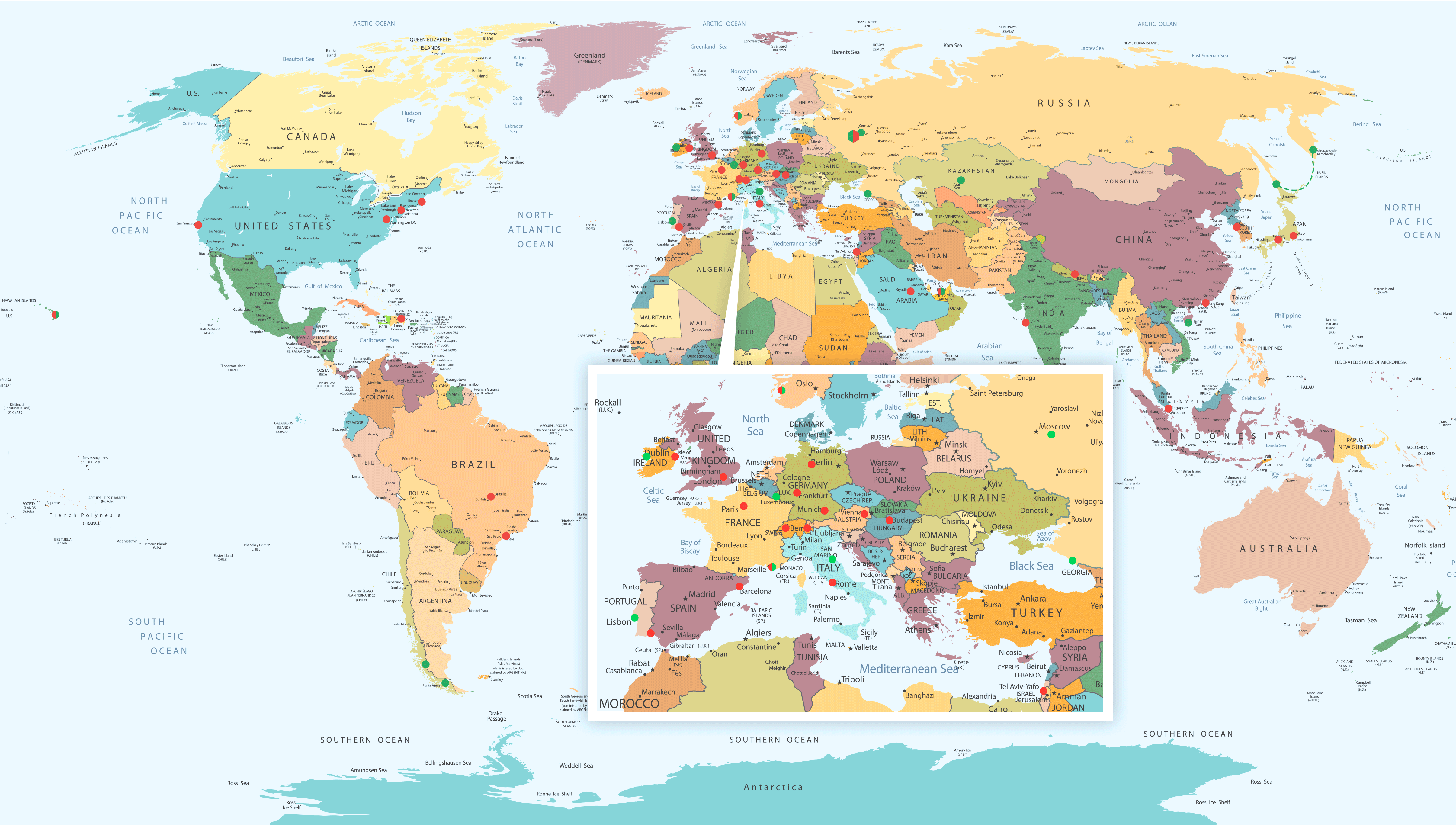 And here’s a rundown of the trajectory of my movements around the globe, as extracted from my scribbles in my trusty travelogue-notepad:

And on that satisfying note folks, I shall sign off on the year. Thank you for your attention and patience! I wonder what next year’s travel-summary will look like. I think I’ll have to start taking it easier maybe – less non-stop marathon world-tours. Yeah, right!