Somewhat infrequently, I come across something that’s both reeeaaally simple but at the same time reeeaaally amazing and astonishing. For example, the funicular in Wiesbaden, Germany.

At first glance – it’s just two tram cars going up and down a small hill: simple. However, on closer inspection you find out that these tram cars weren’t built say in the middle of the last century… No – it was actually 1888 when they were commissioned: amazing! And the engine they use?… Nope – no engine! The cars go up and down the hill using just gravity plus one other unlikely source of energy – water: astonishing! 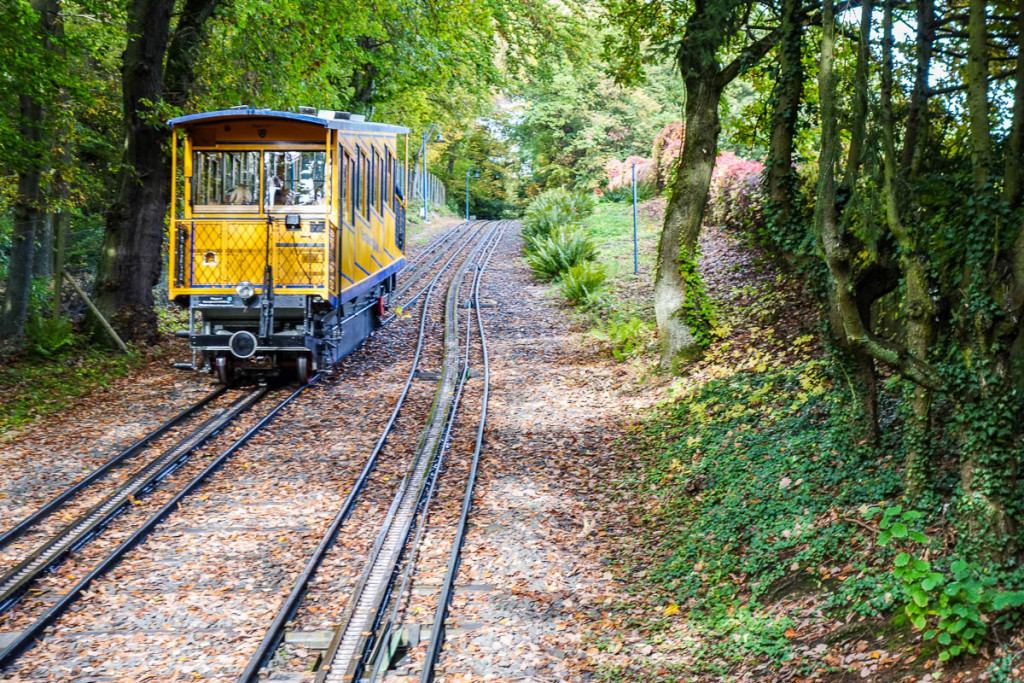 Here’s how the ‘magic-tram in Wiesbaden’ works: at the top of the hill a canister that runs along the bottom of the upper car gets filled with water, while at the same time the car at the bottom of the hill has its canister emptied. Then both cars release their brakes, and just by the force of gravity the upper one (now a lot heavier) pulls the lower one (now a lot lighter) up the hill to the top, and the cycle gets repeated ad infinitum. Simply genius! Never knew such a thing existed! 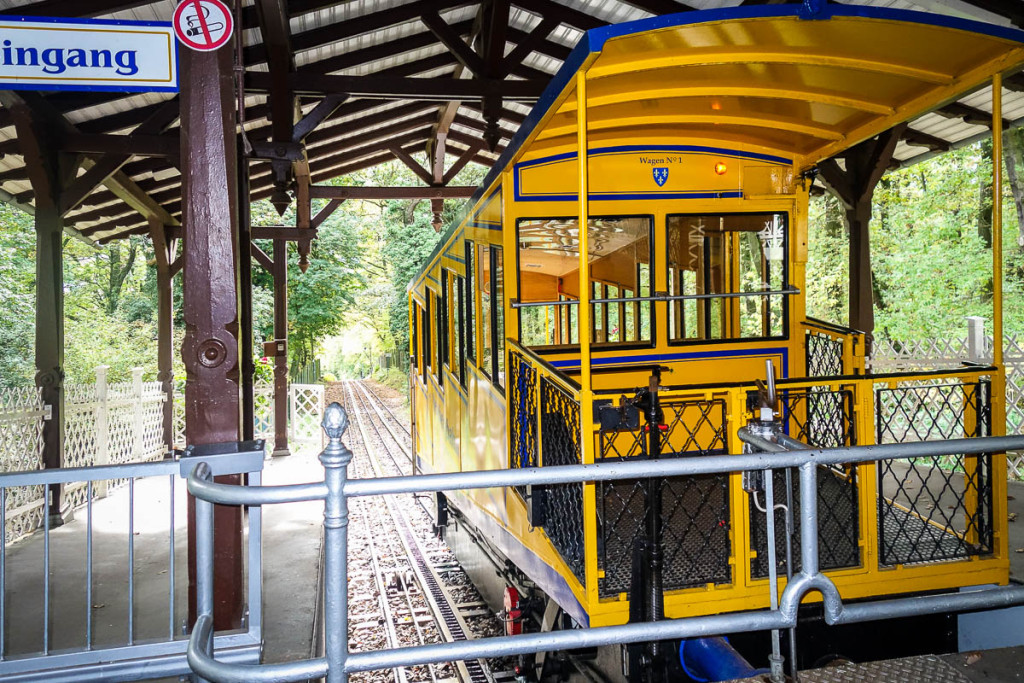 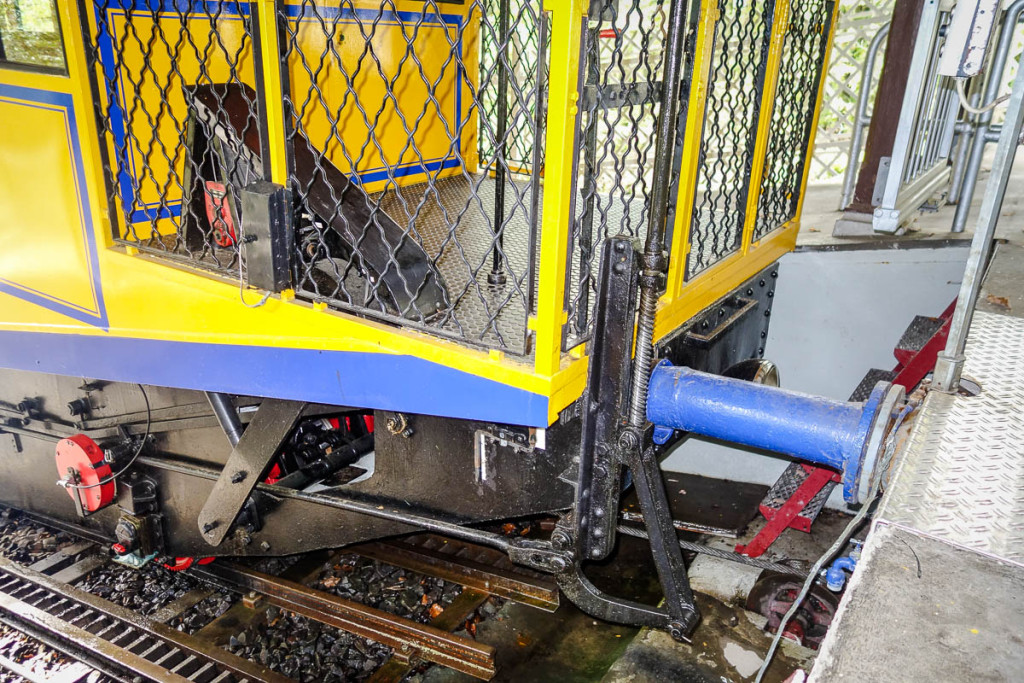 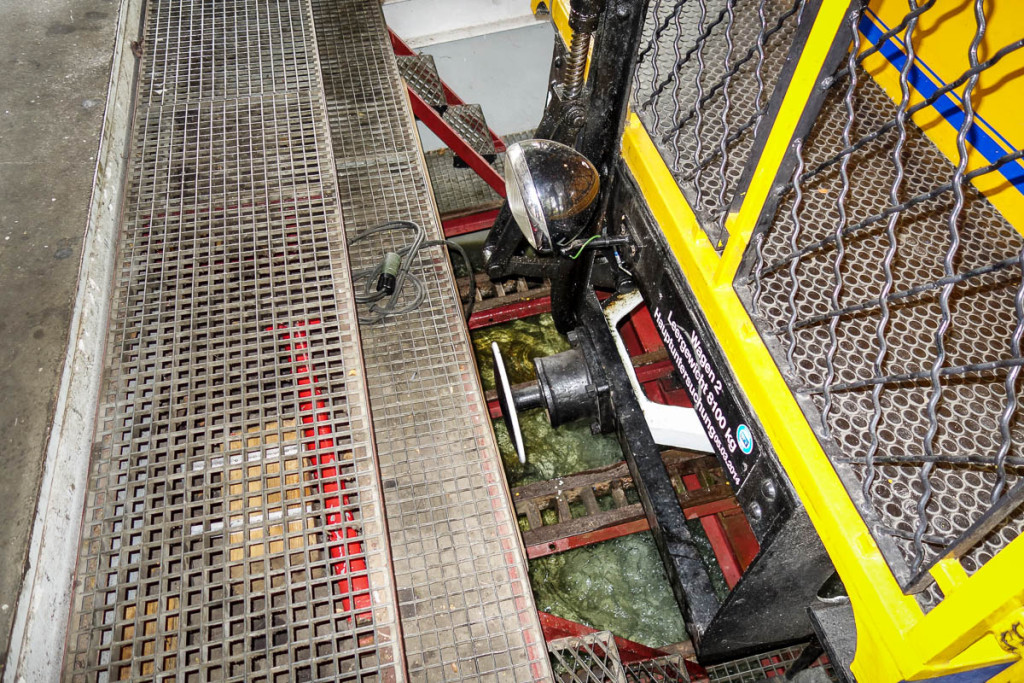 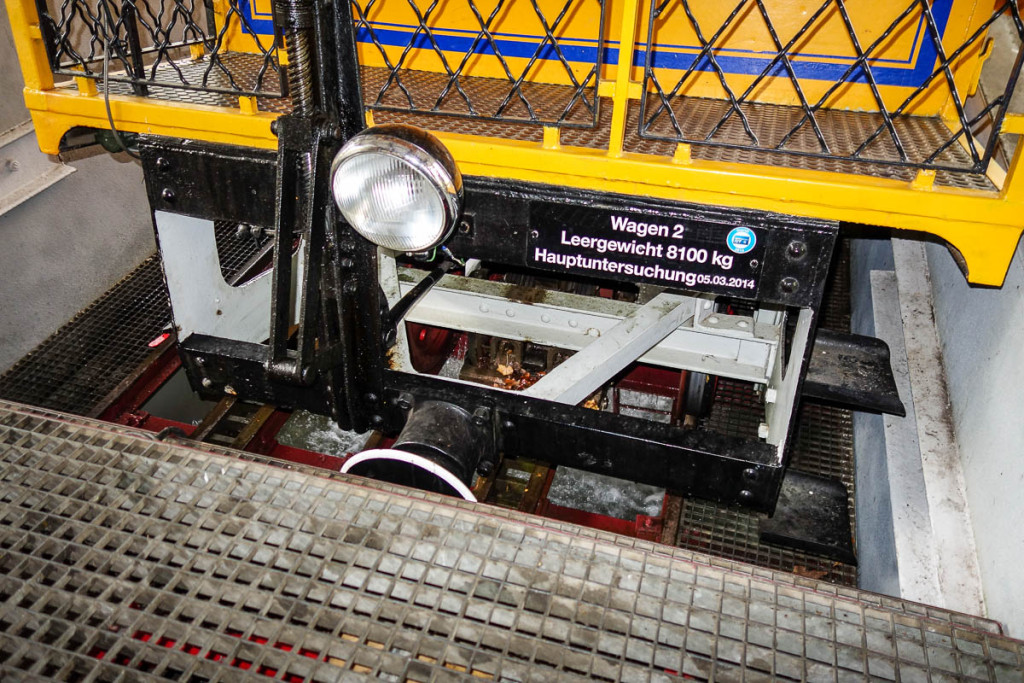 I found out somewhere online that the filling of tanks on some around the world took really long – too long. Then, because the water would freeze funiculars would become inoperable in the winter. A lot of them therefore had their water tanks removed and were switched over to electrical belt drives. Not this one – one of the four that remain water/gravity propelled. The others are in Portugal, the UK and Switzerland. Incidentally, Russia used to have some – in Nizhny Novgorod.

A classic case of the journey being better that arriving at your destination, once you get to the top of the hill here… there really ain’t all that much to do. The view of the city is somewhat boring; and flat – in both senses of the word. Still, the ascent in the funicular was deffo worth it, that’s for sure. 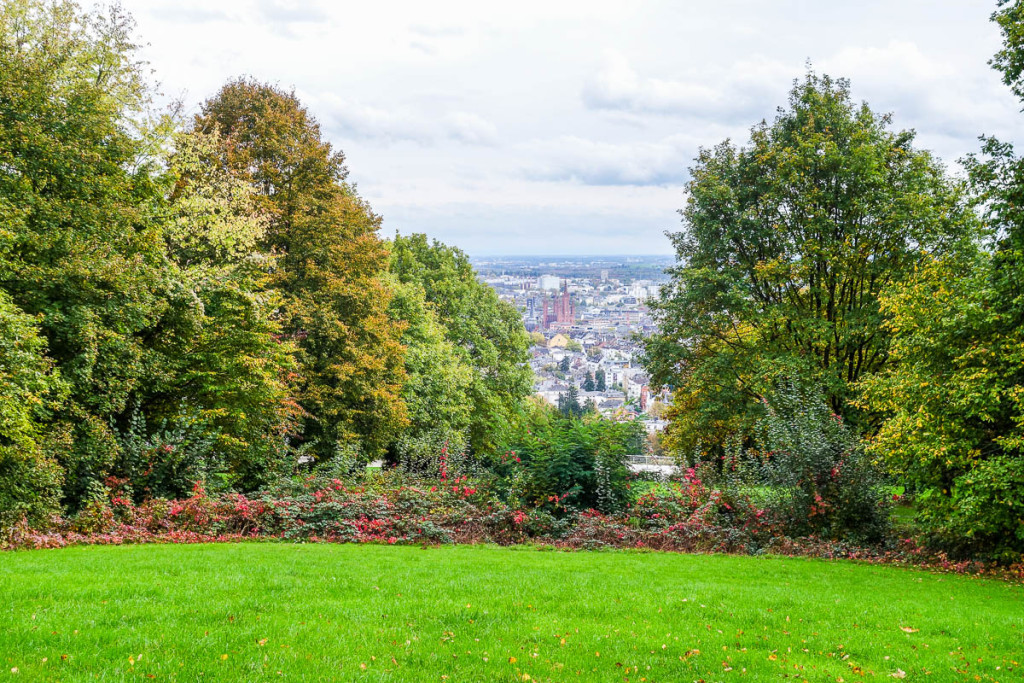 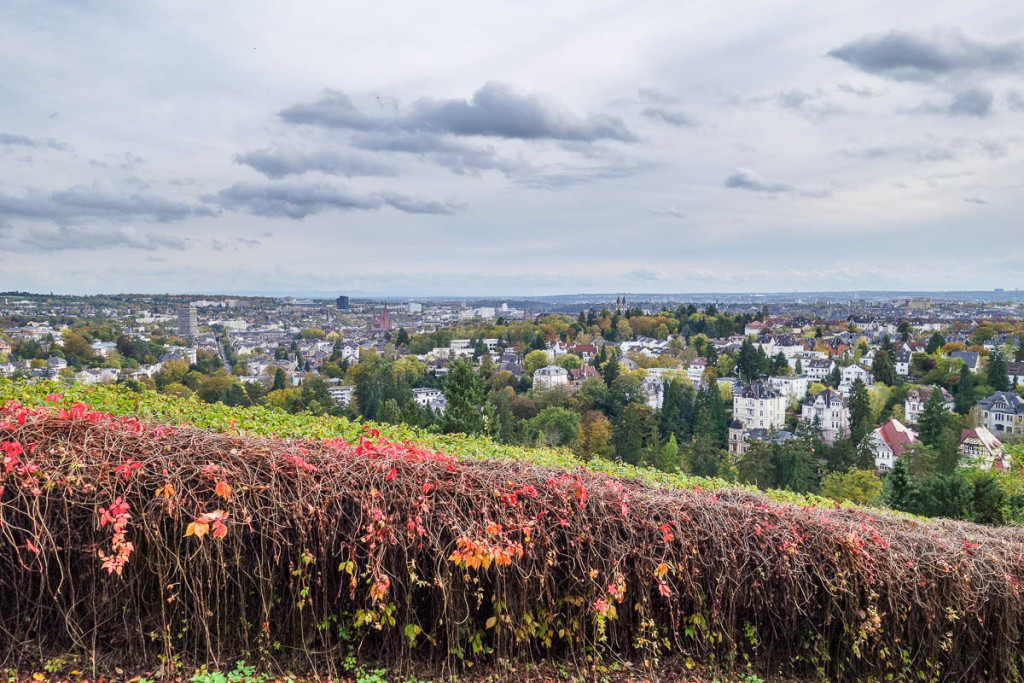 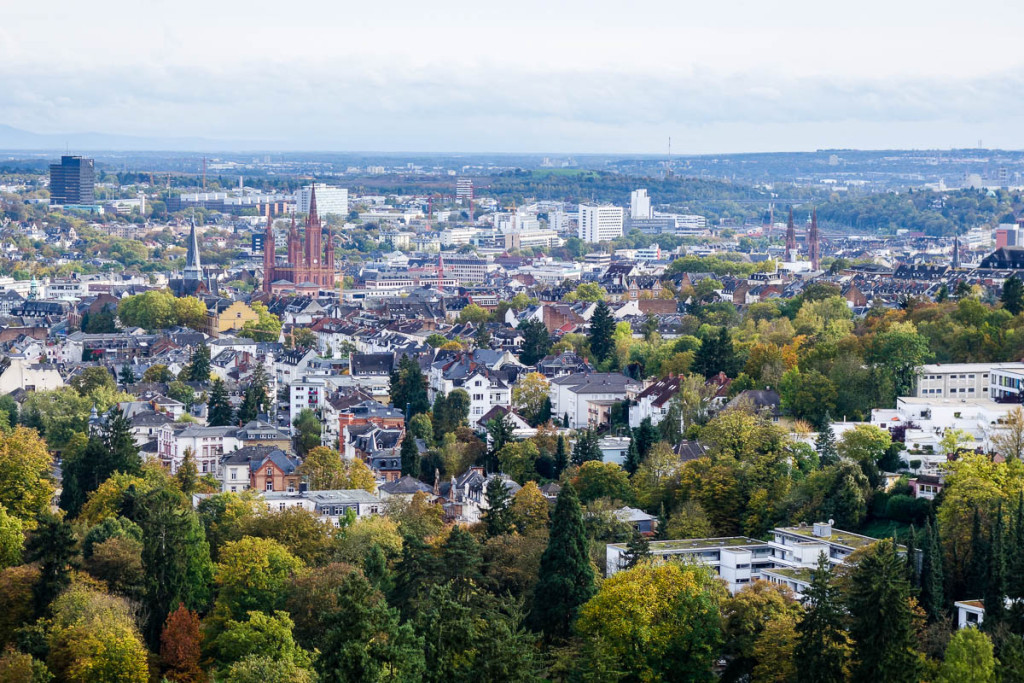 But then, my last panorama was… from the Eiffel Tower! :)

Other highlights of Wiesbaden (there aren’t many) : There’s a casino here where Dostoyevsky blew not only all his but also all his girlfriend’s money in the century before last! The sorry experience became the inspiration for his next novel at the time. Can you guess which one? Yep – The Gambler.

And this is the very casino, shrouded in mist: 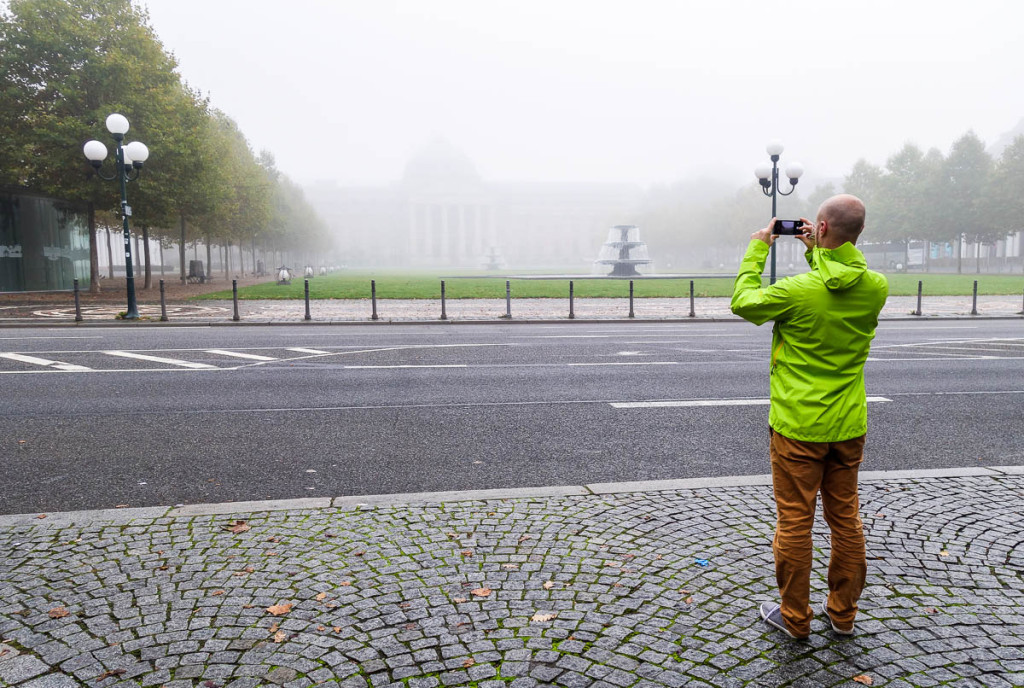 And that’s it! That’s the extent of the interesting bits of the city. It is quiet, it is peaceful, it is German, it is a little bit dull! Maybe I missed something? German colleagues/readers > in the comments!

So with a few hours to kill on our hands, my travel companion A.Sh. and I climbed into a car and got on over to Luxembourg. It’s a tiny country – that much you’ll know for sure. What else do you know about the place? Zilch? As a matter of fact it turns out there’s quite a lot that’s interesting about the place… 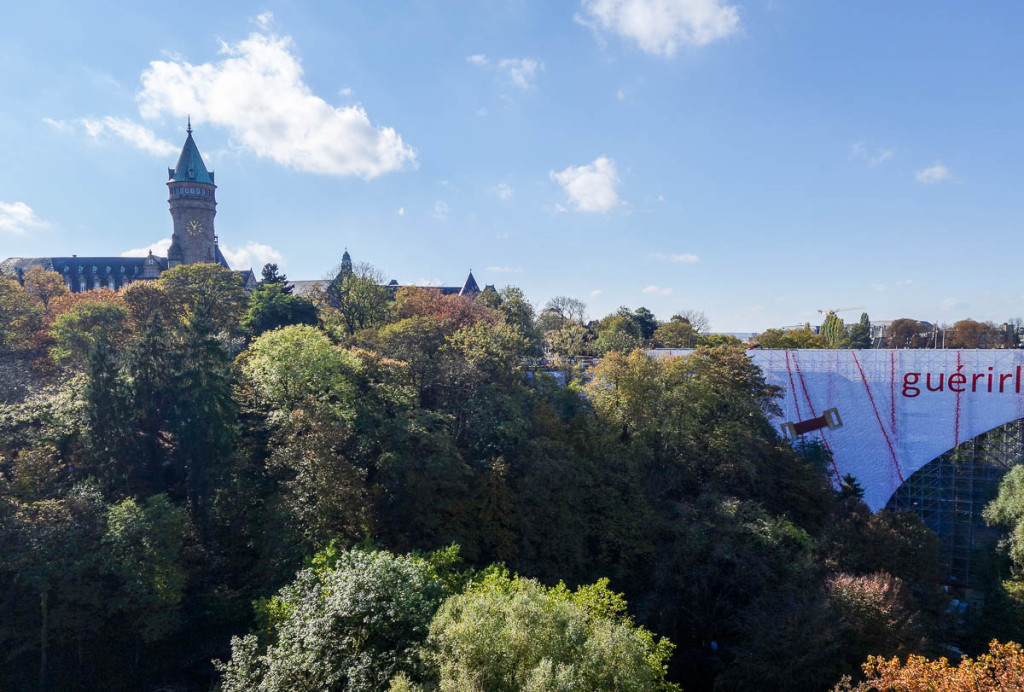 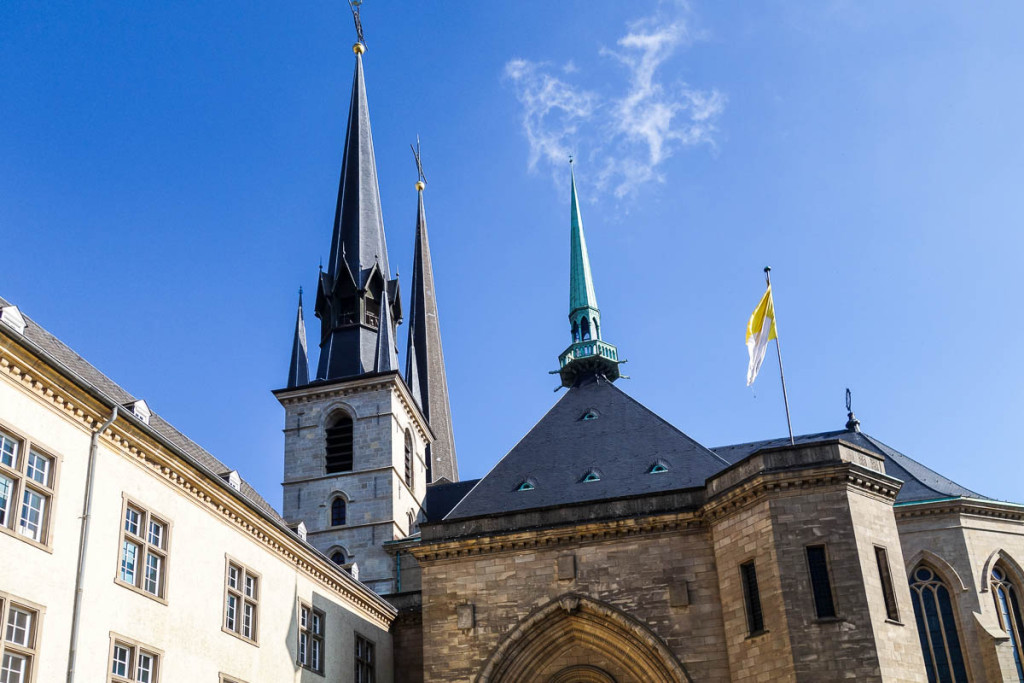 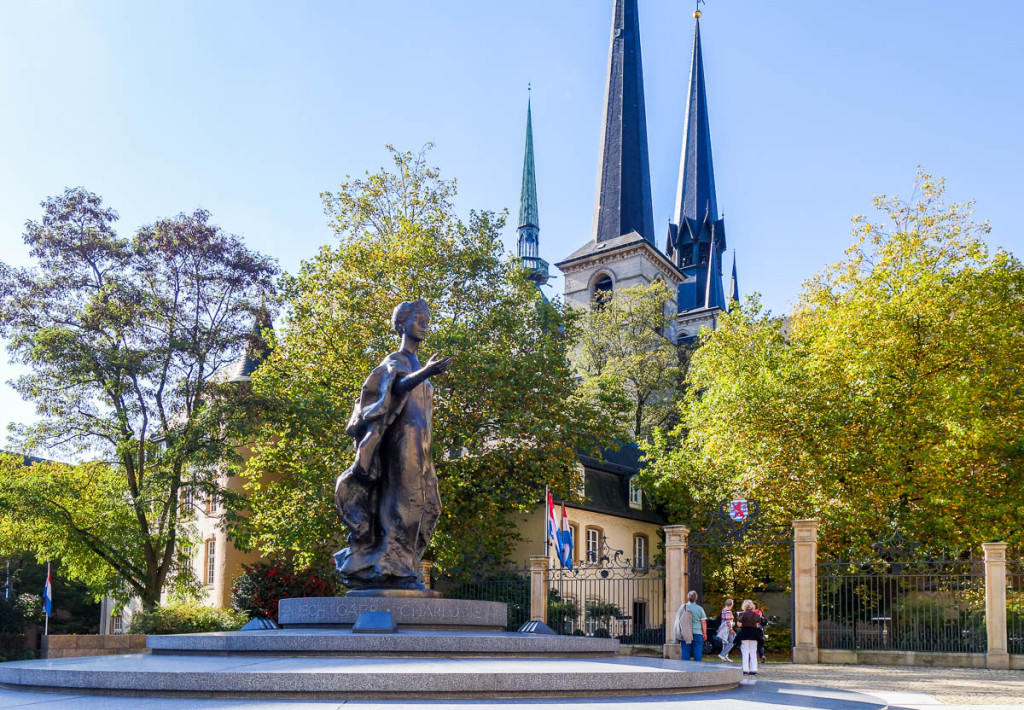 Or, on the one hand – it’s a micro-state (in all just 80km from top to bottom and 50km across), while on the other – it’s the country with the world’s highest GDP. A veritable land of contrasts :). 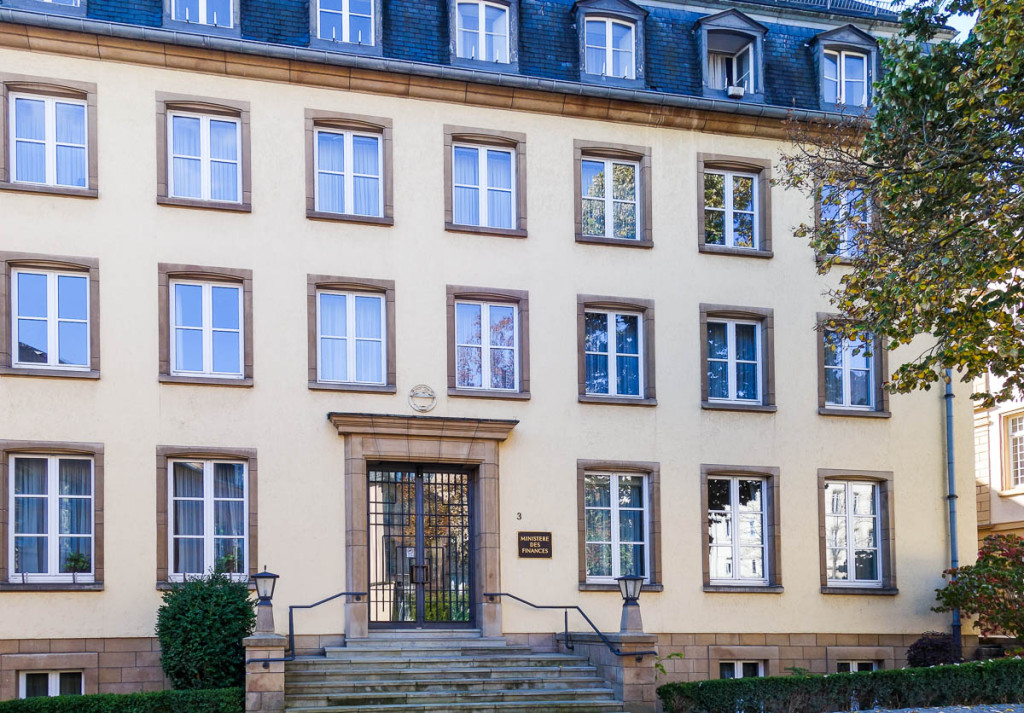 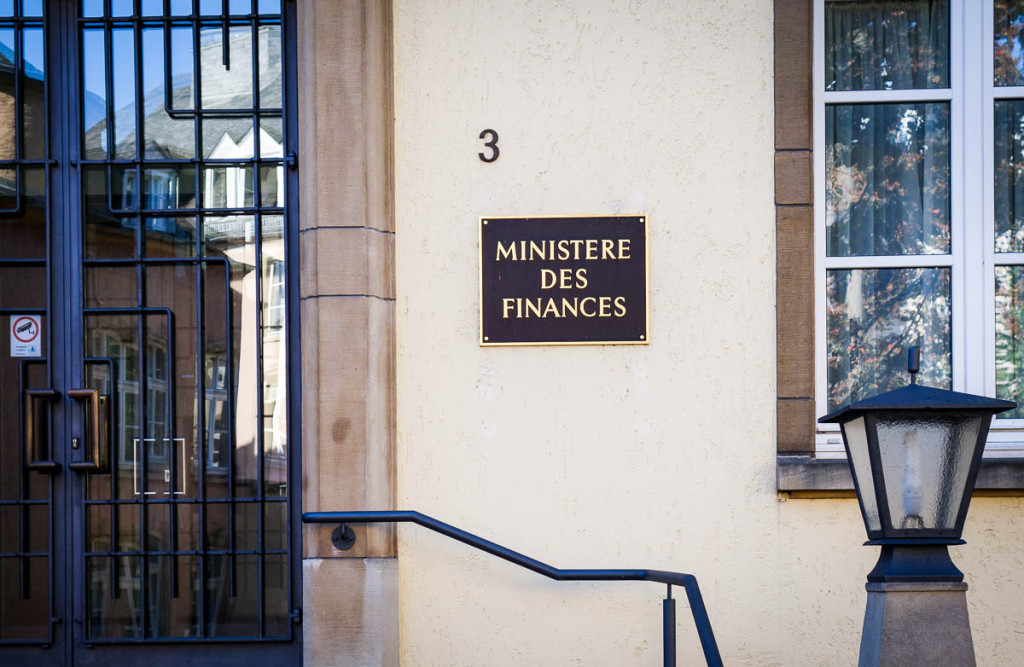 So, if you’re the sort of person who likes things neat and orderly, smooth and regular – come here.

Personally, I added another country to my list of those visited. Result!

// This is my third new country visited this year. Kazakhstan and Nepal were the other two.