What ho, folks! Here I am in the center of London, in Soho, the area of London that seems to have just about everything – from the salubrious to the seedy, and from the chic to the cheeky. I’m staying in the outstandingly original Ham Yard hotel. I wasn’t expecting unexpectedness here – but then I didn’t look it up beforehand – we just needed a place in Soho as I’d a few engagements nearby, so it was booked on the fly. This hotel is however full of surprises, the most astonishing of which was up on the roof…we found there a huge vegetable garden covering the whole rooftop! In the center of a megalopolis! 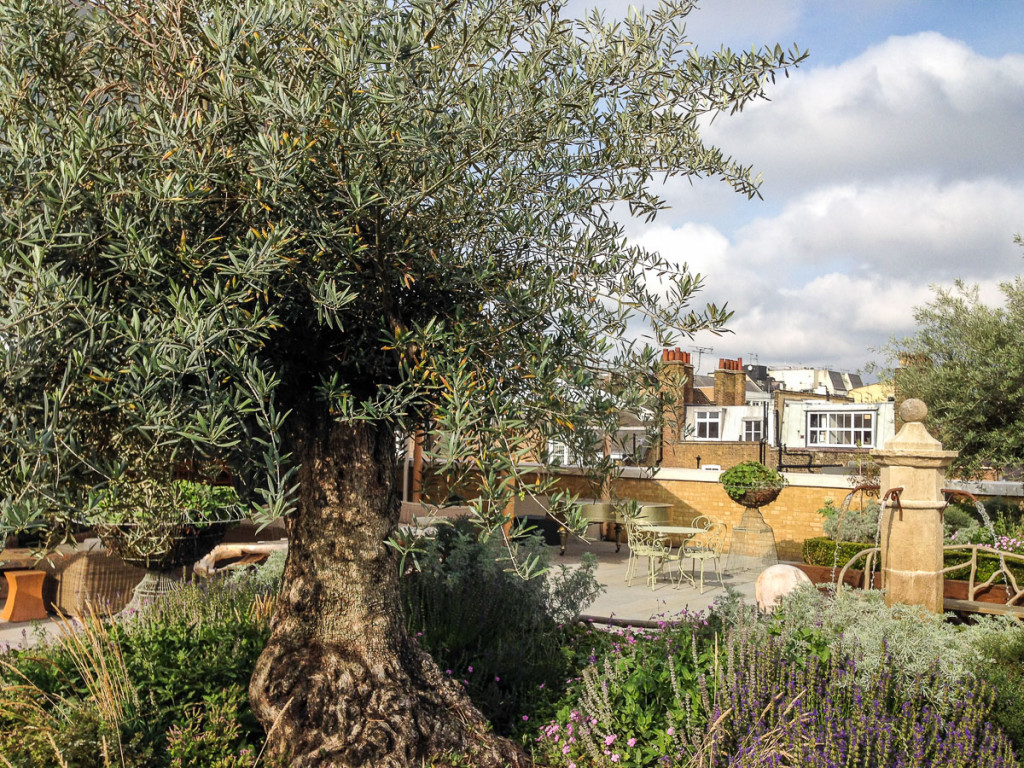 END_OF_DOCUMENT_TOKEN_TO_BE_REPLACED

I’d heard plenty of good stuff about Hungarian spas and hot springs. And I’d been to the country many times since first visiting it in 1998. But somehow there was just never the time to immerse myself in its thermal waters. But last weekend I made amends. And what can I say? It’s mega-cool hot! Alas, I didn’t have much room for my camera when in my trunks, so almost all the photos here are from the official site of the particular Hungarian thermal paradise we visited…

Soooo, the Gellért Baths in Budapest… 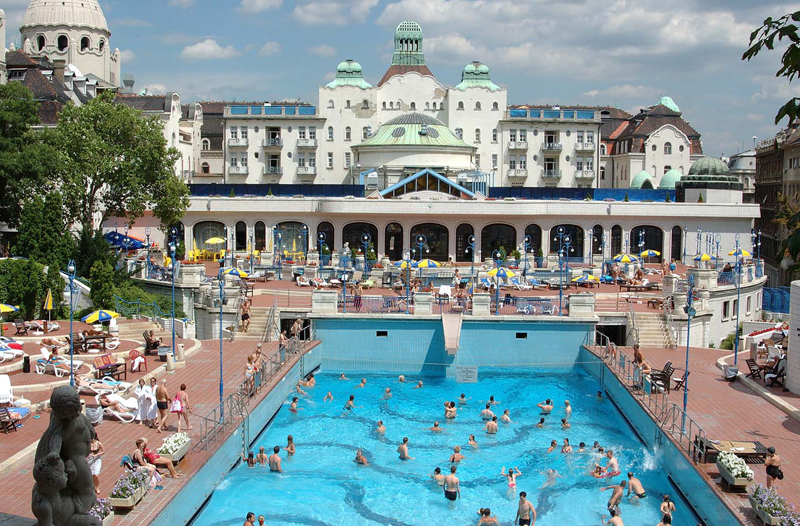 END_OF_DOCUMENT_TOKEN_TO_BE_REPLACED

From a tourist’s perspective Washington, D.C. is far from the most interesting city in the world. I’d even go so far as to say it’s somewhat boring.

The Washington monument, Lincoln Memorial, White House, National Air and Space Museum, and various other museums… and that, to me, seems just about it for the average tourist. So, if you’re ever stateside but don’t have loads of days to fill, I think it’s safe to pass on this place and get stuck into others, like San Francisco and New York, and then perhaps Arizona (in particular the Grand Canyon), California (especially the redwoods), and the volcanic north-west in Washington state. And if it’s July-September – why not Alaska? I could go on, of course, but the places I’ve listed I think are among the best.

But I was in D.C. this time, and in need of some touristic tidbits to tide me over for a day. It wasn’t looking promising… But then…

To my astonishment, I discovered that in Washington, D.C. there are a few discreet places which are full to the brim with treasures relating to the not-so-long but oh-so rich history of the U S of A and its empire. I visited one of them, and was bowled over by what it had to offer. It was the USS Sequoia, the former presidential yacht. 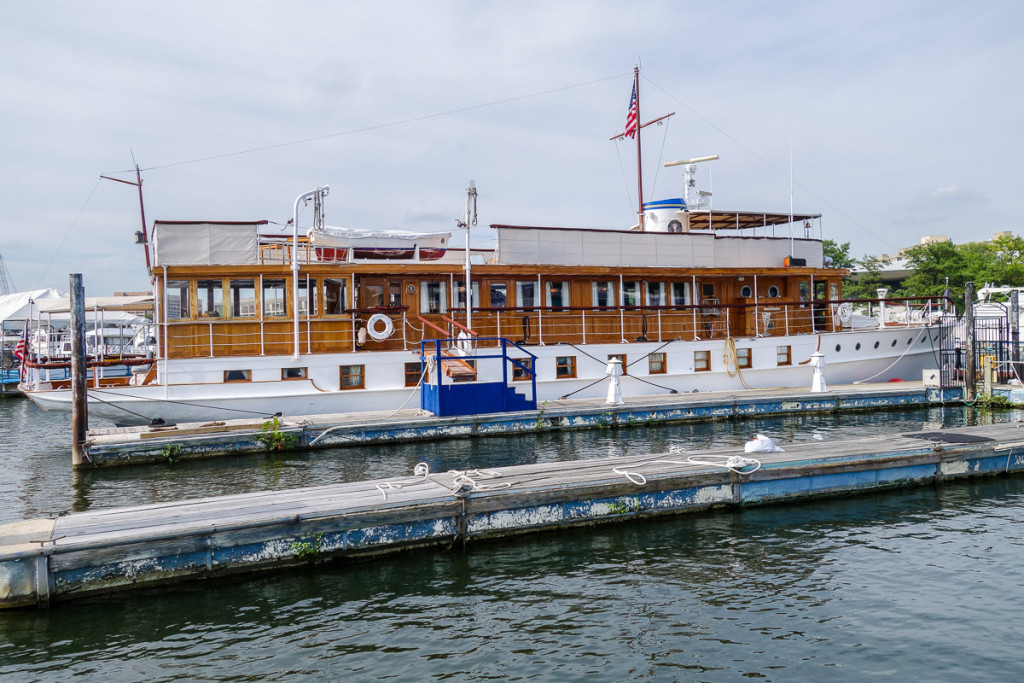 END_OF_DOCUMENT_TOKEN_TO_BE_REPLACED

At first I was going to call this post something like ‘cattle wagon’. Then I had a think, and figured that’d be too malicious. Kinda like, ‘Shock, horror! The beluga caviar isn’t spread evenly here’; i.e., hardly appropriate outside my little world, really :).

Basically, this is just a bit of a whinge. One of those petty peeves we all have from time to time due to perceived poor levels of service…

So, there I was, sat on one of eight (8) seats in a row – in business class – on United Airlines’ UA988 flight from Frankfurt to Washington, and I was thinking back to a wholly different avia experience – flying from Singapore to New York on Singapore Airlines. That flight took 18 hours – non-stop (!), and there were just four seats to a row (but of course those seats were priced somewhat differently).

But on United the seats were arranged 2-4-2, to make up eight-to-a-row. What made things worse was that half the passengers in the row were faced forward, the other half – backward. I was lucky enough to be faced backwards, and, well, sitting backwards on a plane is one of the few things in this world that really irritate me. Don’t ask me why. Maybe it was because they drummed it into me when younger that sitting like that on a train is somehow not right… I dunno. 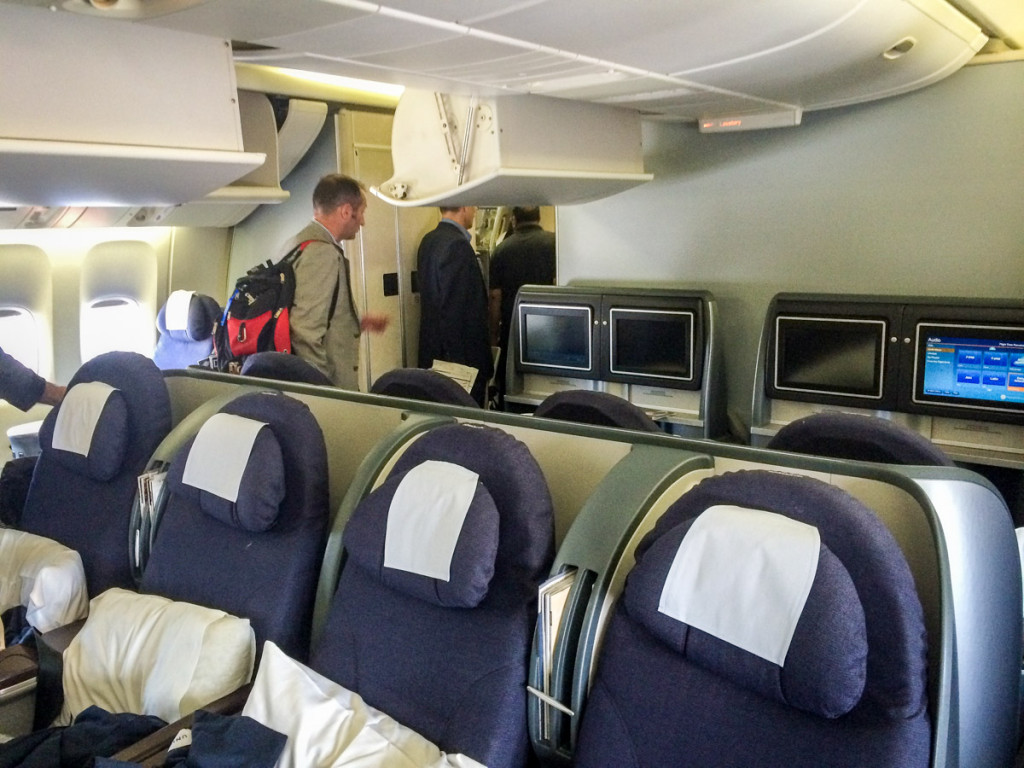 END_OF_DOCUMENT_TOKEN_TO_BE_REPLACED

So, where on earth did the idea of a cruise, not around tourist-friendly tropical islands, but around mostly uninhabited – for a reason – polar-esque ones, come from?

My favorite place for an annual August ‘hard reset’ is Kamchatka: volcanos, geysers, hot springs, bears, and other similarly extreme extremities. But… well, I’ve done Kamchatka – and more than once. So something different but very similar was needed…

Now, every time I’m on Kamchatka the locals there are always saying “but on the Kurils they’re much better…”, and so on. Then kindred spirit Olga Rumyantseva had already been on the Kurils and wouldn’t stop raving about them… So my curiosity had been growing and growing for quite some years – until it reached a critical mass and it was decided, er, by moi – that the next annual August reboot trip would be to the Kurils.

After deciding where to go – about a year ago – the preparation for the Kuril trip began, only to end a year later. The ‘who’s going’ was established (mostly lovers of extreme tourism and extreme nature appreciation), the optimal route was calculated, the Kuril territory was surveyed, and the most suitable vessel for the trip was selected. Crucially, all participants were informed that this wasn’t going to be gym>beach>pina colada>spa>Cuba libre>paperback>single malt…tourism. This was wild marine-based tourism in a harsh climate on harsher islands, with neither Internet nor cell coverage.

Back to basics, back to nature. 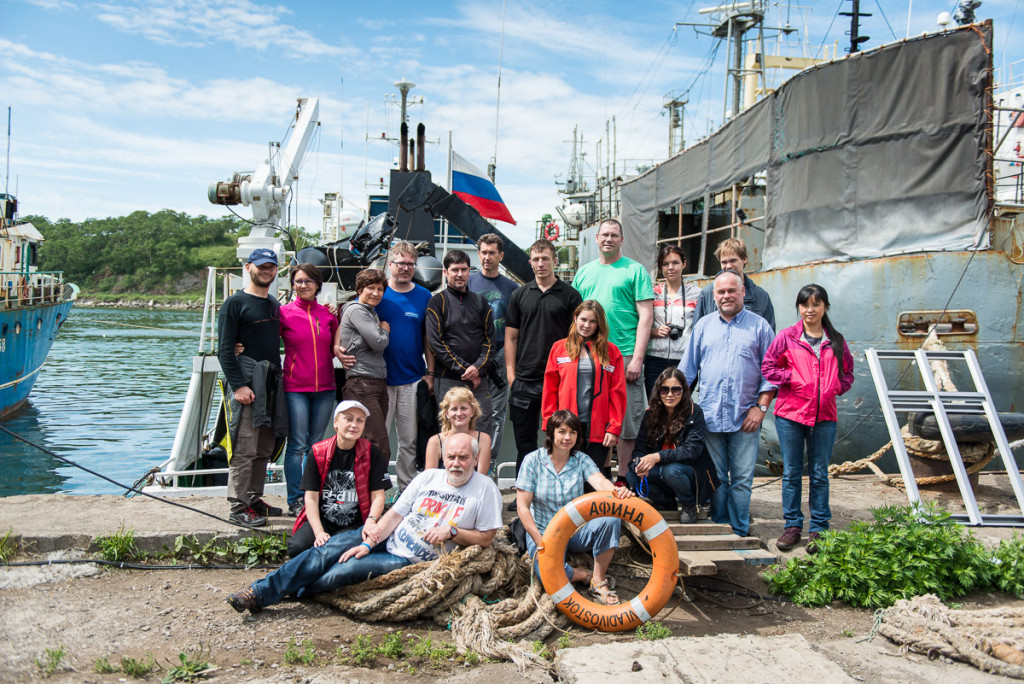 END_OF_DOCUMENT_TOKEN_TO_BE_REPLACED

To get to see real tundra it turns out you don’t need to go to the Far North (or far south – say, to Tierra del Fuego); for something very similar to tundra conditions can be found in perfectly moderate latitudes. For example, on the Kurils. 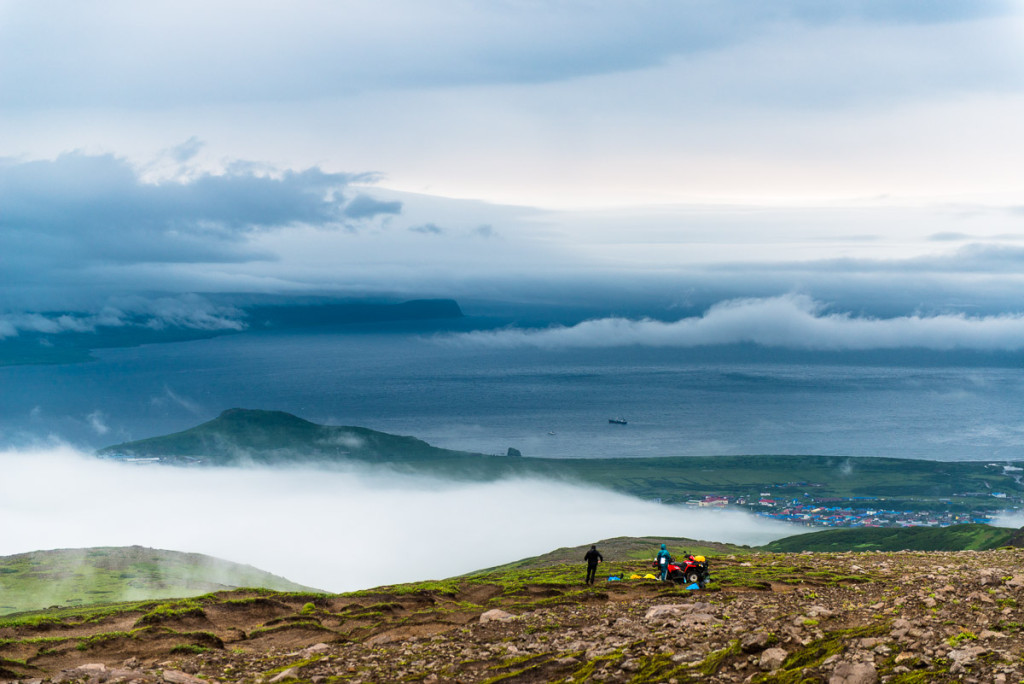 Here on the Kurils Mother Nature must have been having an off-day when putting the finishing touches to their climate. On one side of the island there’s the cold Pacific Ocean; on the other – the bitterly freezing Sea of Okhotsk. If the wind blows from the south it can be warm and humid; if from the north – a Siberian chill can take over. So it gets a bit muddled. But generally in winter here it’s always very cold – with snow up to the waist; while in summer it’s just so-so cold – but always humid, plus foggy, plus drizzly, plus rainy.

END_OF_DOCUMENT_TOKEN_TO_BE_REPLACED

Besides cha-cha, on Kunashir island there’s still plenty to check out…

…Ludicrous lava columns on the coast, the fantastic fumaroles of Mendeleyeva volcano, and the magnificent mud baths in Golovnina’s caldera, for example. Bathing in a 30°С muddy lake didn’t quite do it for me, but the volcanism of Mendeleyeva – especially the lava columns there – now that was something else. Quite simply gobsmackingly unforgettable. 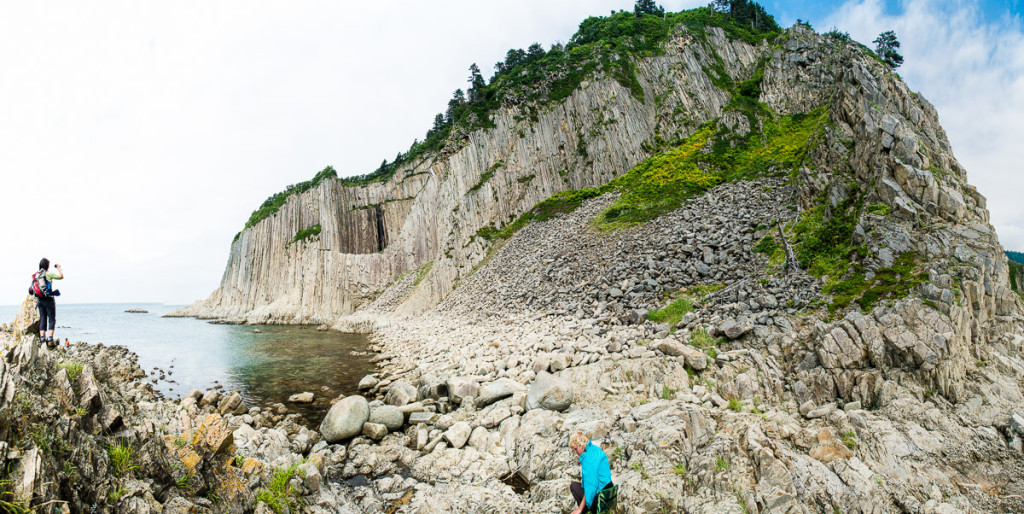