Ferrari and F-1, all-women skiing expeditions to the South Pole, snooker, archaeological digs of ancient Minoan ruins, chess, and a lot of other stuff. I think the word is eclectic for all that lot. And for those at the back not listening – this eclectic selection is what we sponsor, support, help, assist, admire, and are proud of! But something was missing. Something that would make it even more diversified. We needed to add an ingredient of a perfectly… perpendicular nature – perpendicular to that lot (is that even possible?). So that’s just what we did: we added… modern art to the mix!

We’re taking part in a project of the most unusual and original kind (drum roll still going, getting louder – just like pulses and breathing!). Like I say, it’s about modern art. But not simply ‘modern’, and not simply ‘art’; add to it the following, and that’s what we got!: a ship (research-vessel), the ocean, and Antarctica! It all adds up to the must uniquely uncommon project in the world in the field of modern art – the Antarctic Biennale!

The essence of the project is as follows: artists from all around the world take long flights to Ushuaia in southern Argentina. There they’ll board a ship and sail to Antarctica, all the while intensively gaining inspiration and creating. The floating creative laboratory, exhibition deck, and ocean-faring platform for dialog will be the Akademik Sergey Vavilov research vessel. And it’s going to happen in the second half of March of this year!

And the project was officially announced last Saturday evening in Room 15 (the Italian Courtyard) of the Pushkin State Museum of Fine Arts in Moscow.

The inspirational and organizational driving force behind the project is Ukrainian Alexander Ponomarev – artist and sailor, and one of the nicest, coolest, most interesting and charismatic guys you could ever meet ). Here he is at the Pushkin Museum launch gig: 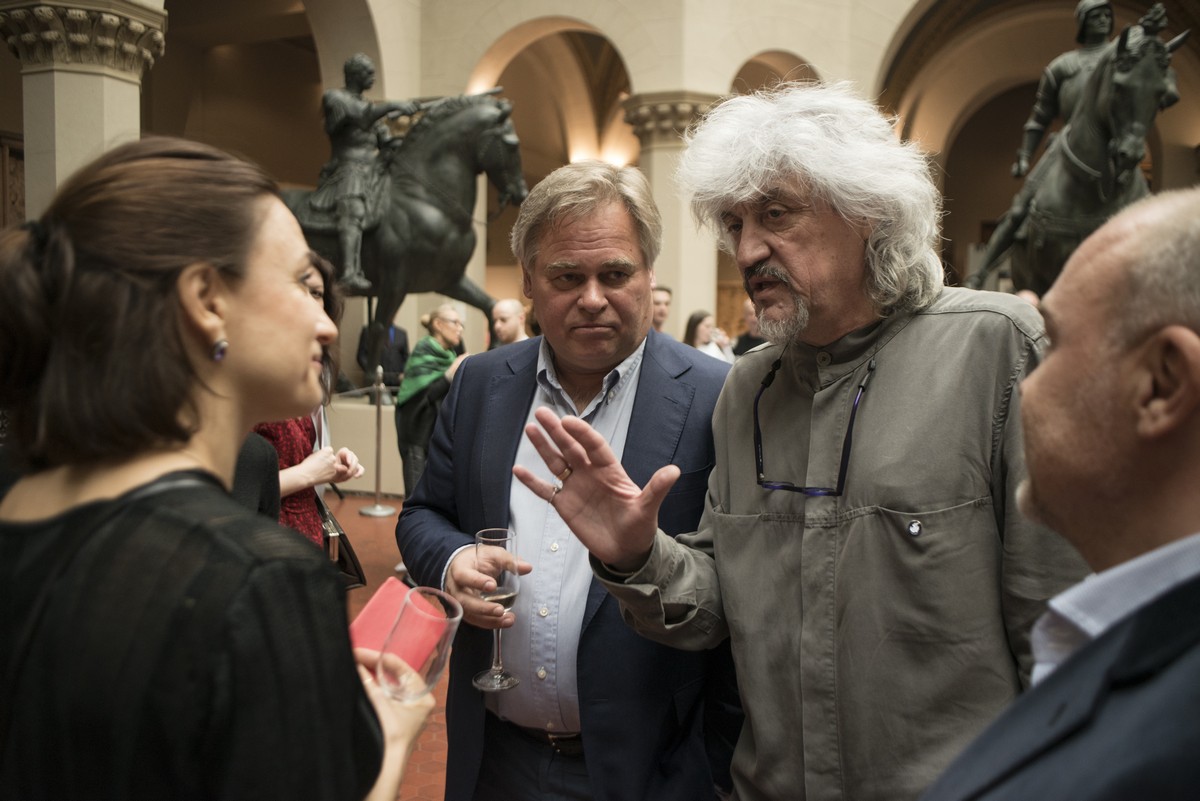 Once a sailor – always a sailor, even if he’s an artist. Here’s one of his modern kunst installations, entitled Voice in the Wilderness, at the Marrakech Biennale: 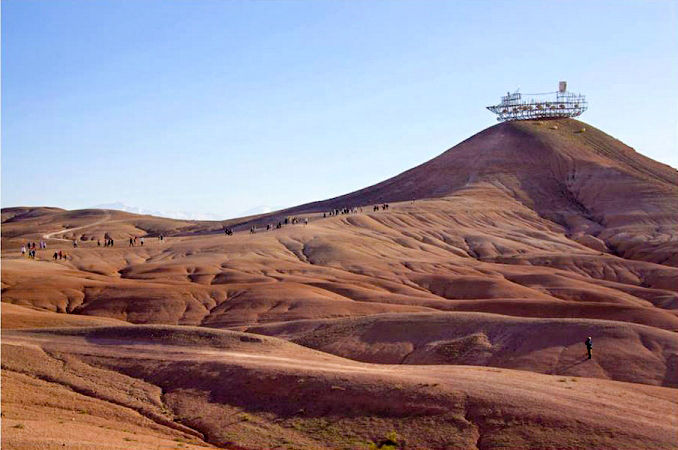 And here’s his submarine at the Venice Biennale: 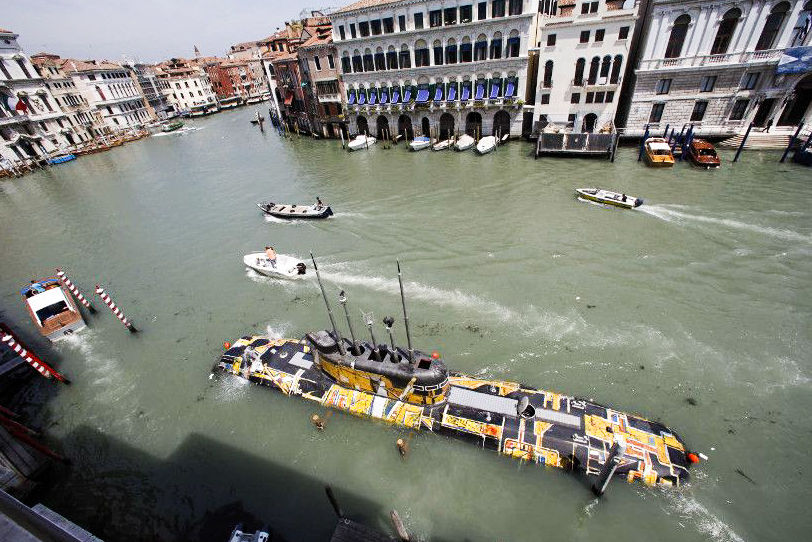 Here’s another pic of his sub. And if you Google, say, ‘Alexander Ponomarev art’ and select ‘images’, there’s plenty more where the sub came from…

And now let me… do some explaining, which I’m sure is what most of you are seeking: Why are you (i.e., we) involved in this?

Ok, I’ll get straight to the point, kinda:

I say kinda as, well, I’m simply unable to explain precisely why we decided to get involved in this adventure in a few words. I mean, it wasn’t just for one reason; a few different factors played a part. Let me go through them:

First, it’s a trip to Antarctica. A unique continent with mindblowingly unique scenery – and climate! – mostly untouched by man, and with an… ethereal energy (and furiously ferocious winds that can knock you off your feet. They say such winds + a snow storm are particularly unsavory too; thankfully I missed those:).

Second, it’s modern art. Now, I’m no discerning connoisseur of kunst of the modern type with all its daringly avant-garde paintings, constructions and other perplexing installations, but, on the other hand, one of my favorite places on the planet happens to be the Pompidou Center in Paris. Then there was the time we put on a dinner in a modern art museum in Luxembourg, which we sponsor. Then there was our visit to the Venice Biennale. Then there was our visit to Salvador Dali‘s residence and museum in Catalonia… (Some say Dali represents classical art already. Well, I guess there needs to be a cutoff point somewhere, but Dali still looks refreshingly modern to me:).

So there you have it: I was pleasingly persuaded to get back to Antarctica, with modern art as the theme running through the expedition. I couldn’t say no :-).

Wait – no: there’s a fourth factor: on the whole the Antarctic Biennale is an outlandishly off-the-wall, and exceptionally extraordinary – and unexpected – project. Just as I like it.

The provisional plan for the trip goes as follows: 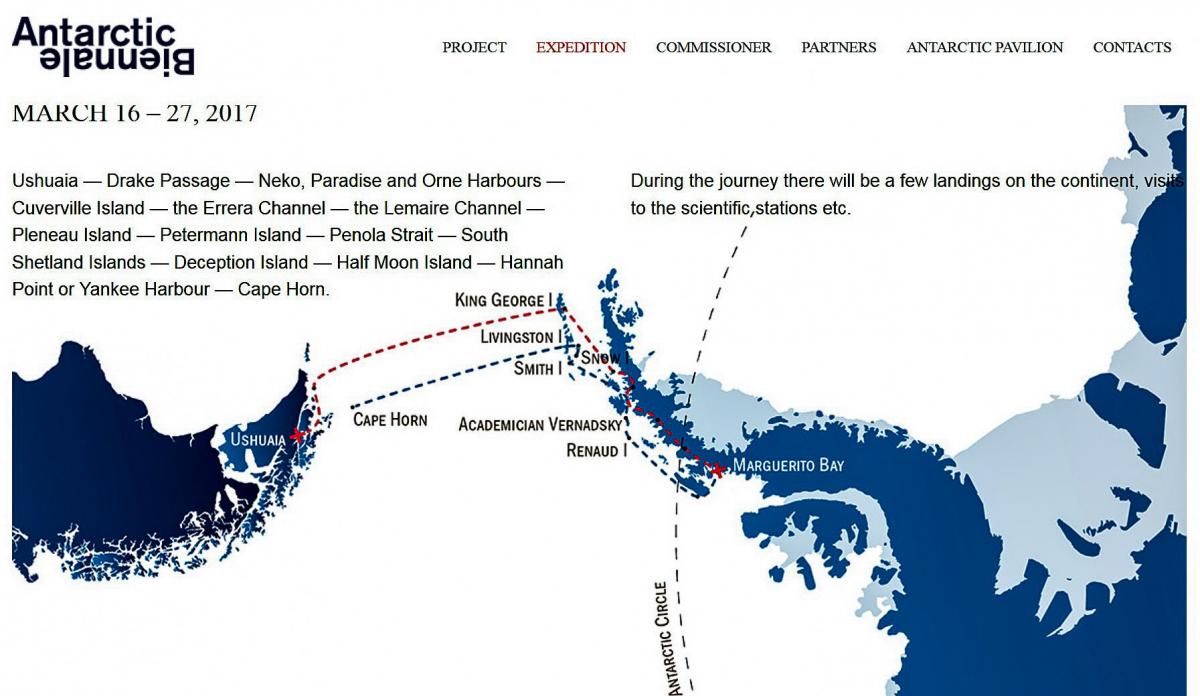 And here’s the ship: 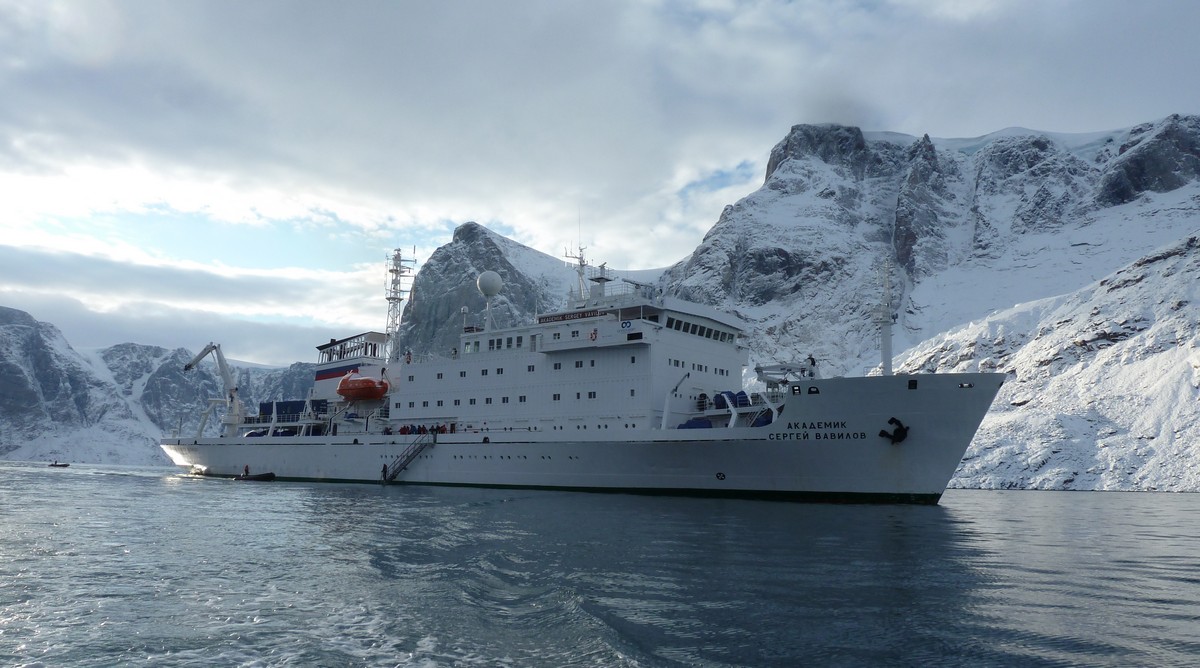 Quite what the appropriate clothing will be for the trip I haven’t been advised on yet, but I’m sure I’ll know to wrap up well and won’t feel the cold :-).

More details on the Biennale – here.

So, wish me luck and safe journey – and for the (modern) creativity to flow at its freest and easiest :-).