If it’s possible to be able to choose one’s kings and queens among volcanoes, bodies of water, and bodies of iced water, to be able to do the same for the world’s mountains-and-rocks elite is much more difficult. First – there’s just so much rockinesses around the world. Second – there are so many different kinds of it. Therefore, I’ll list them according to geography. And first up is…

Now, if you believe the theories put forward as to how other, similar natural arches and rocky formations were formed – including by wind, erosion, the occasional earthquake, and many millennia – all well and good. But how can you rely on such theories for this masterpiece sculpture? No. Can’t be. Clearly this is the work of aliens, or possibly a clever ancient civilization from around the time of the dinosaurs, which decided to bury something big and round, and billions of year later – we get this delicate fossilized construction: 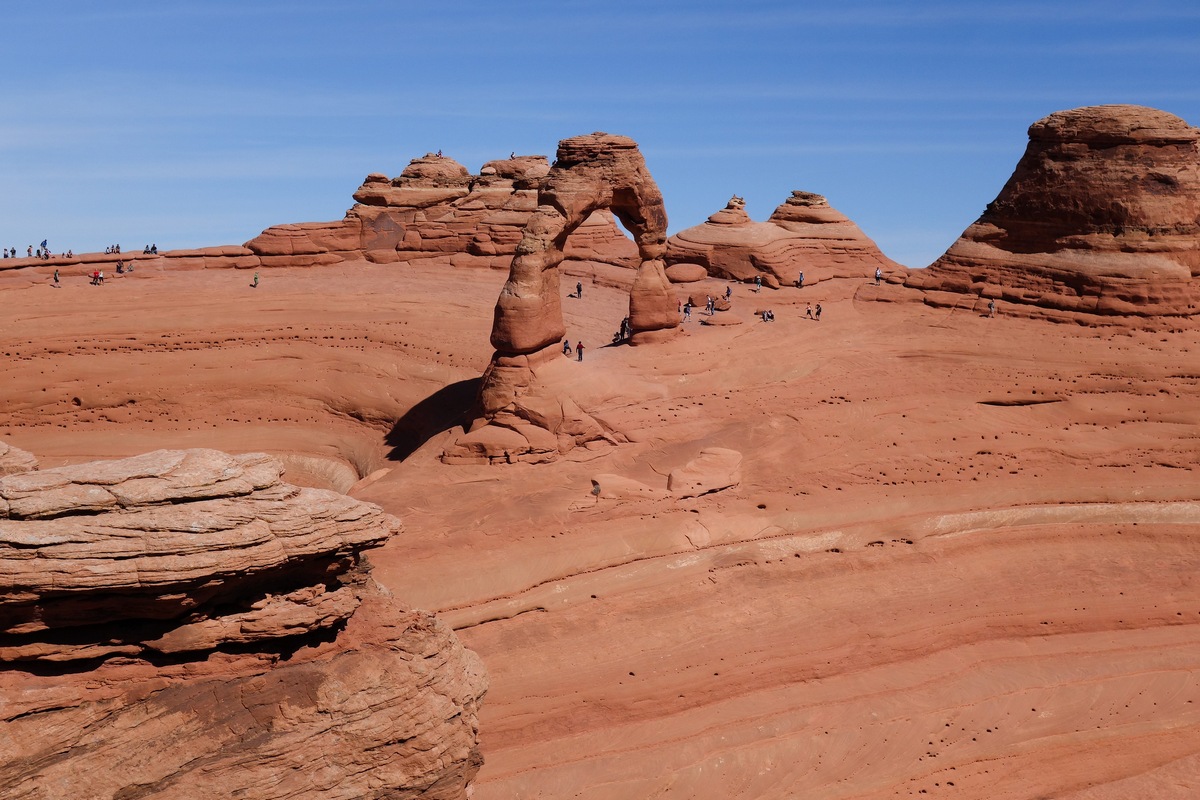 Apparently it’s best viewed at sundown, but we were there only during the day: 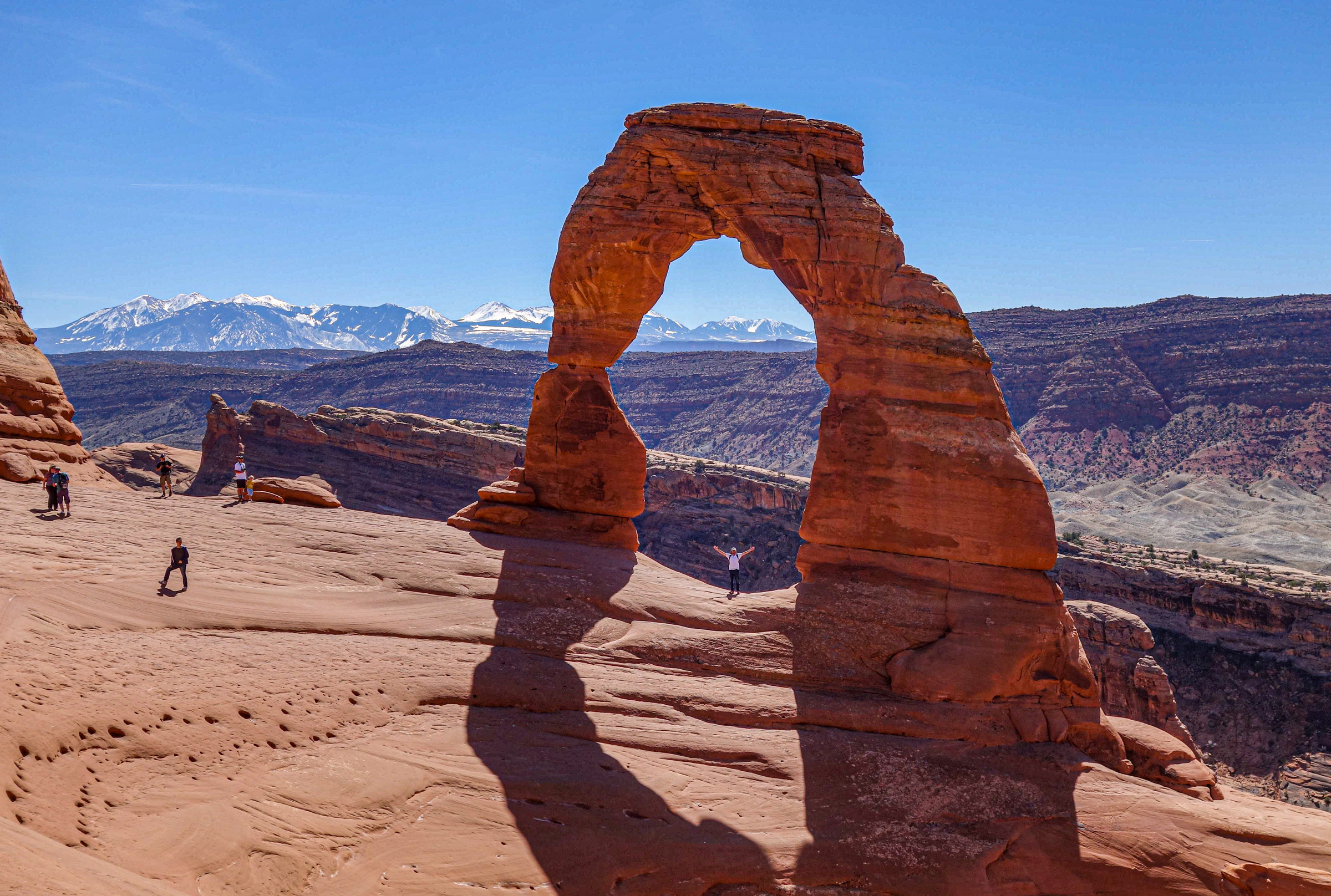 Check out the optical weirdness: so which ‘leg’ is nearer? -> 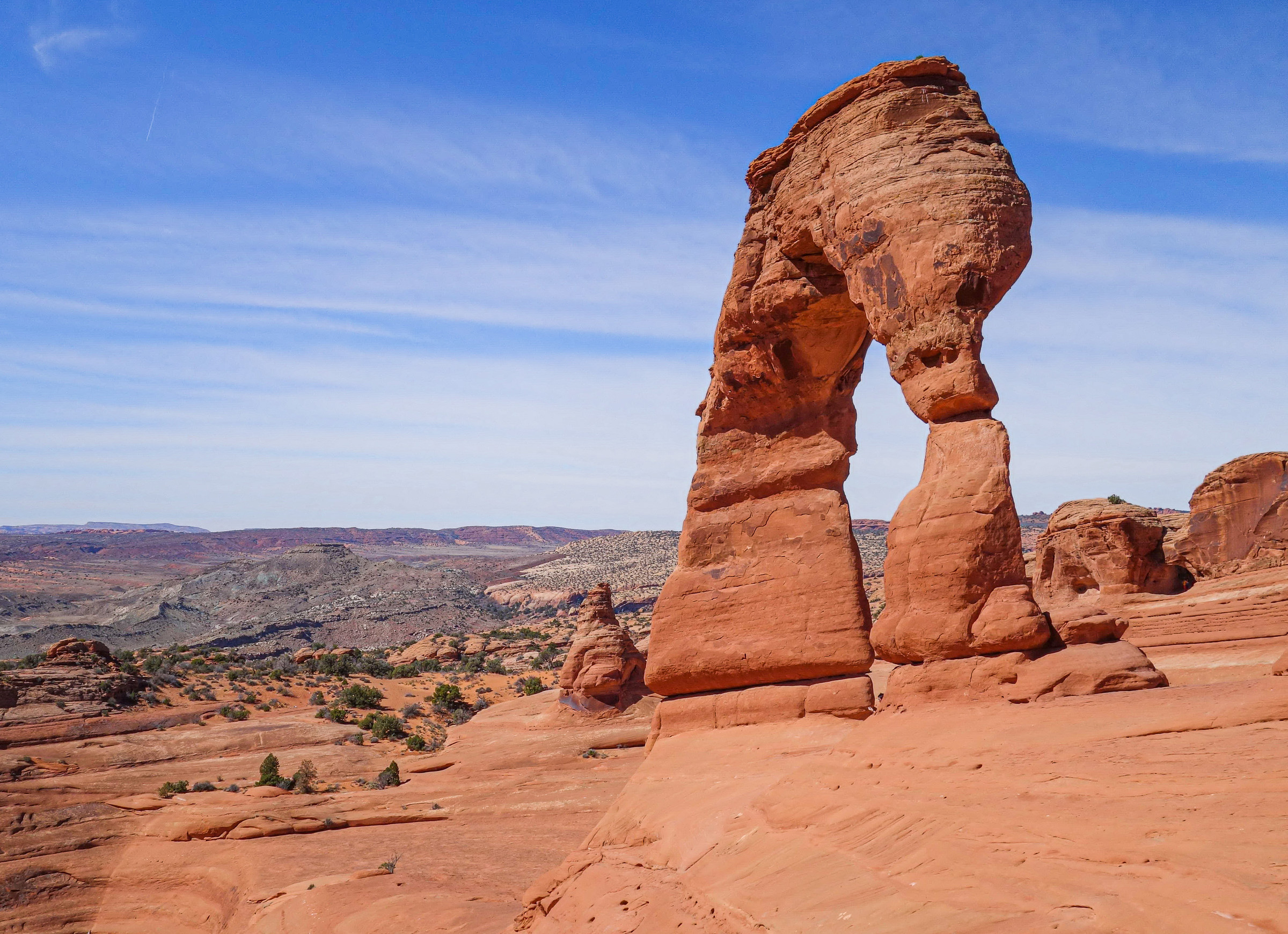 From afar too the object is just as monumental – perhaps even better for sitting, beholding, meditating…

And that’s that folks. There’s only so much you can write about an arch of red rock; all the more reason to get there and see it for yourself. Words just don’t do it!

Oh, and we need to update the nugget of wisdom a touch:

‘One can look forever at four things: fire, water, other people working, and red-rock arches’!