Oh my glacier. The ‘big ice’ theme appears in various places around the world today, from Alaska, via Greenland, to New Zealand. Alas, glaciers are fast melting, but there’s still a long way to go before they do so completely. Meanwhile ,the Antarctic ice sheet continues to feel nice and cozy underneath the polar vortex, and is thus the most significant ice zone on the planet. But none of these big icynesses can compare to a not-too-well-known glacier in Kyrgyzstan (who knew?!). I’m referring to Engilchek (aka Enilchek, or Inylchek). And it’s landed on the No. 4 spot in my Top-12 (after Nos. 1 and 2&3).

It too is melting at speed, but today you can still walk atop it for a full 50-60 kilometers, taking in the grooved-out streams that run across it in the most unusual of directions. This ‘water’, too – like fire and folks working – can be looked at forever:

In between the north and south Engilchek Glaciers there’s a rather unique body of water called Lake Merzbacher, which has a most unusual life cycle: melting ice forms the lake, with the water being kept in place by an ice dam. It rises and rises, and then, twice a year, eventually a hole is formed in said dam and – just like a man-made dam when they open up the floodgates – whoosh: out it all pours; megatons of the stuff! Like a huge bath being drained once the huge plug is pulled. Incredible. Alas, we’d just missed an emptying. Or maybe that was a blessing?… 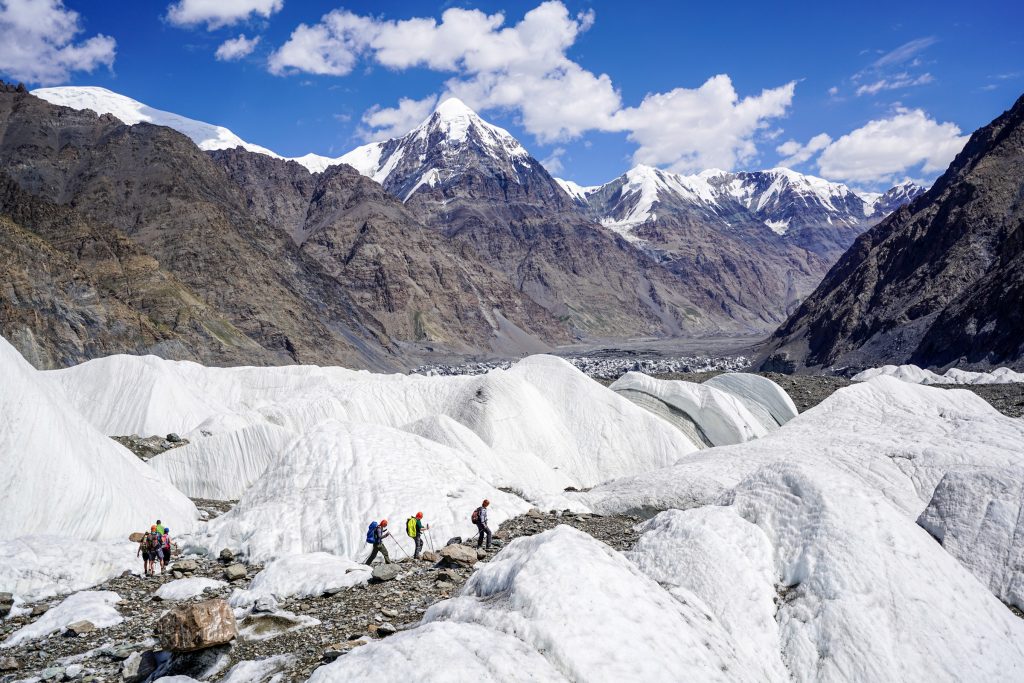 At the end of a walk along Engilchek, practically at the spot where the borders of Kyrgyzstan, China and Kazakhstan meet, there is the 7000-meter-high ‘iconic pyramid-shaped mountain’ (thank you, Google Maps), Khan Tengri. The views thereof: oh my grandiose:

So what about glacial runner-uppers?…

The glaciers of Alaska are of course impressive, but those in Greenland are even more so – plus there’s a bonus there: immense icebergs floating in the surrounding ocean: 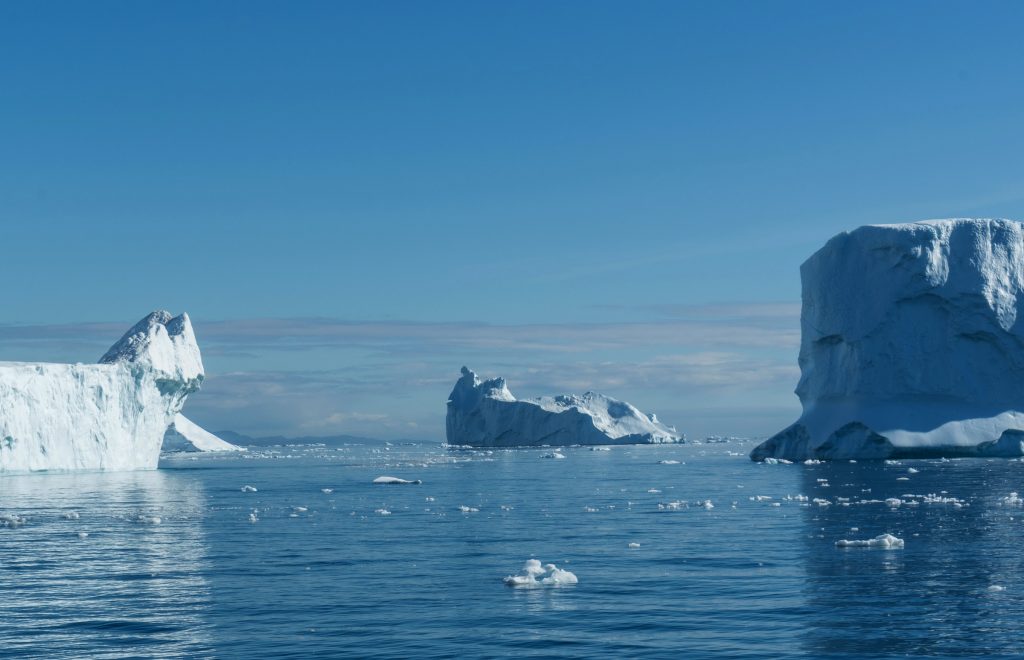 Greenland’s ice cap is fast disappearing, and in summer streams form across it, which eventually form lakes, like this: 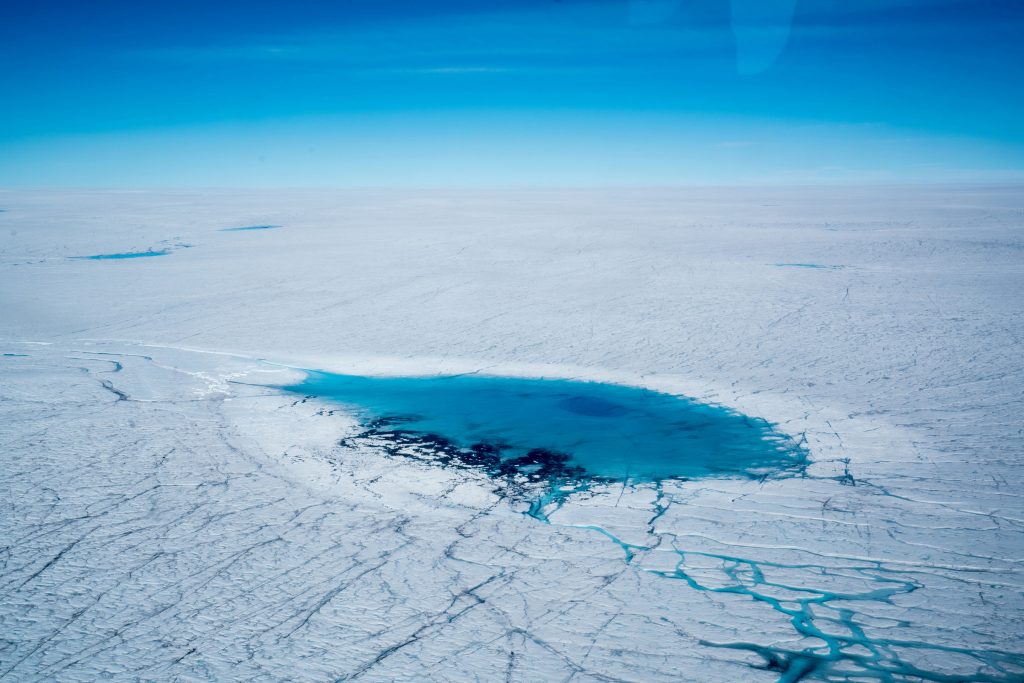 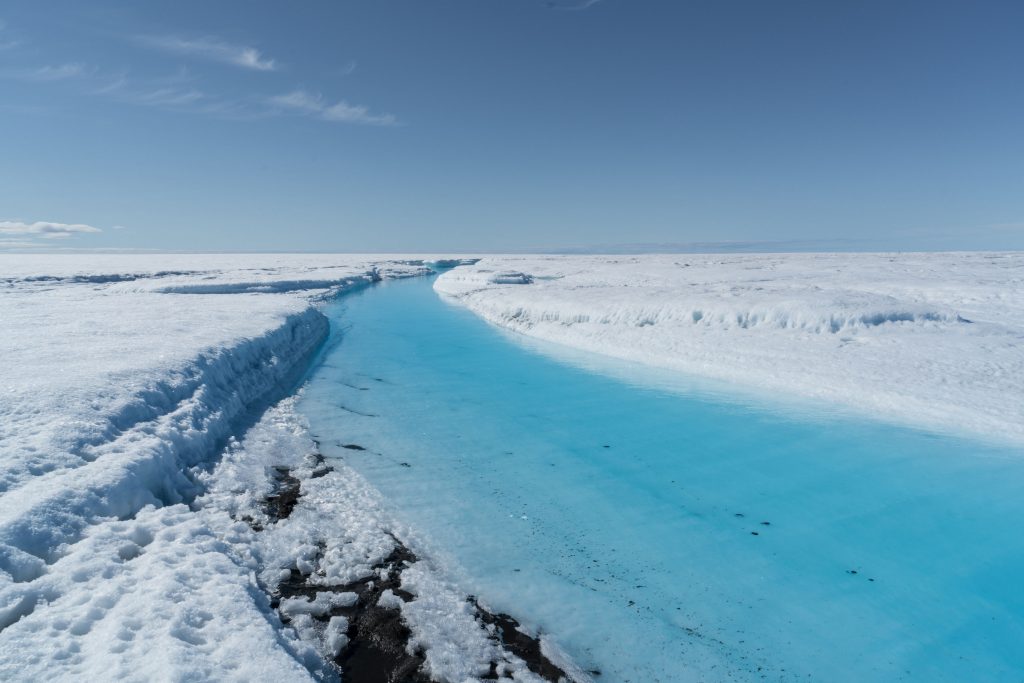 Those black bits… Turns out they’re made from dust that settles on the glacier from distant continents and even space. The dust gets warmed up in the sun, and then bores holes in the ice. Elsewhere streams bring all the dust together to form black sandy patches. Our guides told us how the dust is 95% natural – just 5% man-made.

Another runner-upper: Lake Baikal in February/March. At this time of year it has a covering of ice some meter thick. Accordingly, you can drive over it with no fear at all! Also perfect for meditative strolls across the ice.

And talking of meditative walks upon ice – I had another memorable one at the Patriot Hills base in Antarctica. Magical, boundless landscapes, unforgettable. 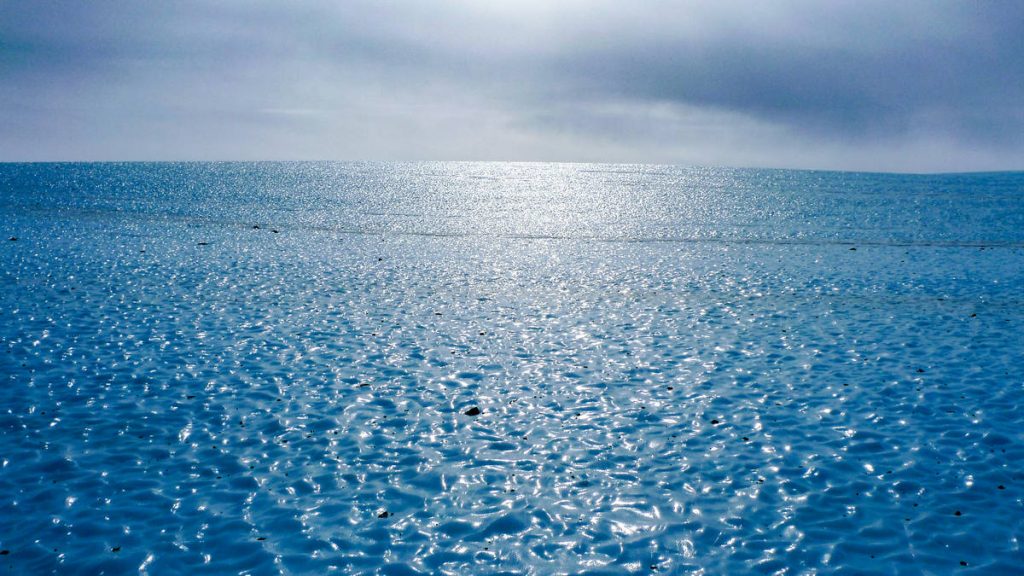 Ice waves (and one’s sense of distance gets all messed up: those mountains over there are 40km away!) -> 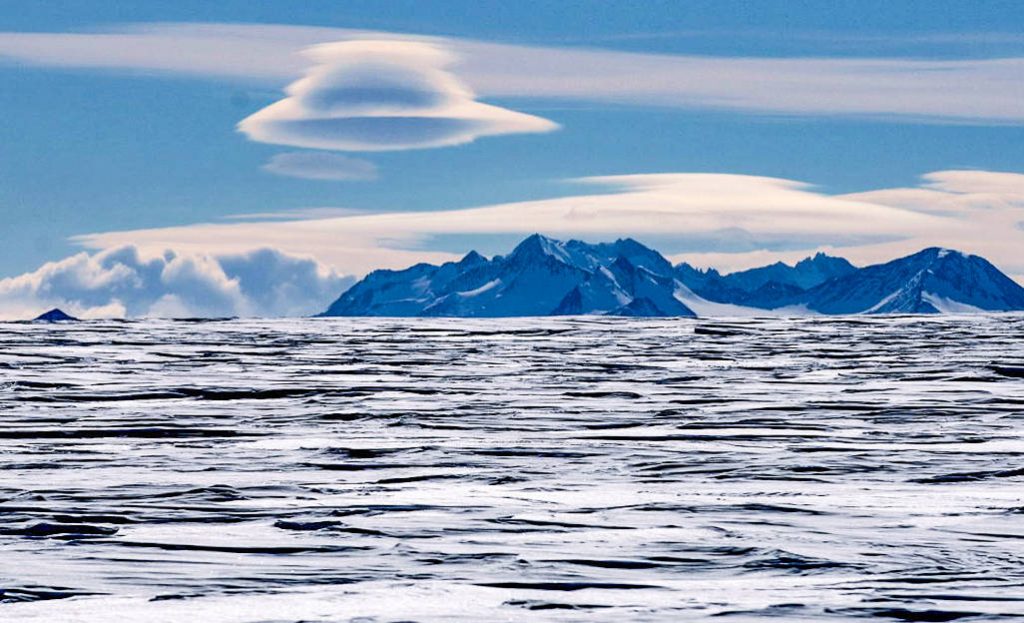 Alas, the base has since moved. Also – deep cracks have formed on that there ‘ice sea’, so you can’t walk around atop it any more.

And that’s all for frozen H2O folks. Next up… stone and sand!…