Oh no! Summer’s nearly over! So I’d better start winding up these here tales from the Kyrgyz side – our Tian Shan expedition across glaciers and along ‘trains‘ of glacial rubble, aka – what I did this summer…

Now, I have a list of what are, to me, the 100 most beautiful, most fantastic places on the planet – both natural and man-made. It contains waterfalls, lakes, caves, deserts, volcanoes/volcanism, multicolored rock formations, deep canyons, Patagonias and Galapagos islands. And a lot more besides. But conspicuously absent from the list are mountains…

Well now the time has come to correct such negligence…

Accordingly, herewith, I put forward the candidacy of Tian Shan, Engilchek Glacier and the landscapes that surround them, for entry into my Top-100 List of the Most Beautiful Places in the World.

The glacier is reeaaal long – some 60km+ – and we covered almost all 60 (apart from the last 10 up where the glacier starts). But the glacier really starts up on the very highest slopes of the mountains – around 6000-8000 meters up! But there was no way we’d be rock climbing so high: we were, after all, a group of mere-mortal office plankton taking a leisurely, albeit it rather extreme and unusual, ‘stroll’ :).

Around the glacier – sheer mountain sides of unknown quantities. Our guides told us how many of them were 5000m+ above sea level – including some that had never been scaled by man. Some peaks don’t even have a name! A few of the peaks reach 6000 meters up, two – 7000+.

The first of these is Khan Tengri. Strictly speaking, this mountain falls just short of 7000 meters high. The rock stops five meters short. But with a snow cap some 15 meters deep atop the peak, not strictly speaking – it’s a 7000 meter mountain! But hold on… if you study the matter of its height more closely – it is actually strictly speaking a 7000-meter mountain: when it was recorded as having a height of 6995 meters above sea level, that same sea level was five meters lower than it is today!!

Anyway. Does it really matter if it’s a round figure height or not? Just check the main thing – its beauty:

The peak is an almost ideal pyramid, made of yellow and pink marble. Incredible!

You can – and we did – look at this for ages. Shame we didn’t bring deck chairs…

The mountain attracts plenty of rock climbers, like… social networks attract office plankton of a Friday evening :). This year (2017) more than a hundred climbers have reached the top (according to our guides): a record. Last year broke a different, much more somber record: it was the first year no climbers died trying to reach the top.

This beautiful glacial stream is called ‘Bottle’. Boulders tumble down it regularly, as do avalanches – from the near-sheer rock face to the left (Peak Chapaev): 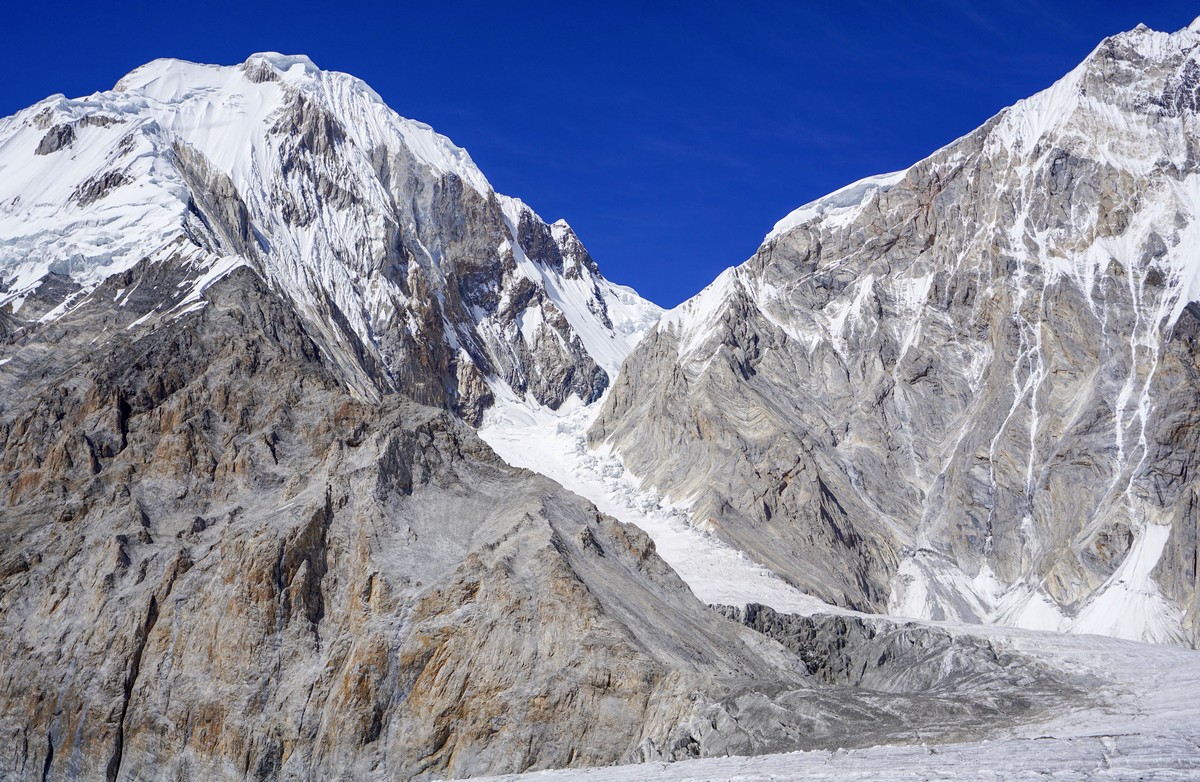 Like I’ve done before – here’s a pic of the mountain with some Burj Halifas and Eiffel Towers superimposed on it, to give you a better idea of the colossal size of this mountain. Just keep in mind: the orange-coated expeditioner isn’t at sea level – he’s already 4.2 kilometers above it! And btw, the peak is 4-4.5 kilometers away: 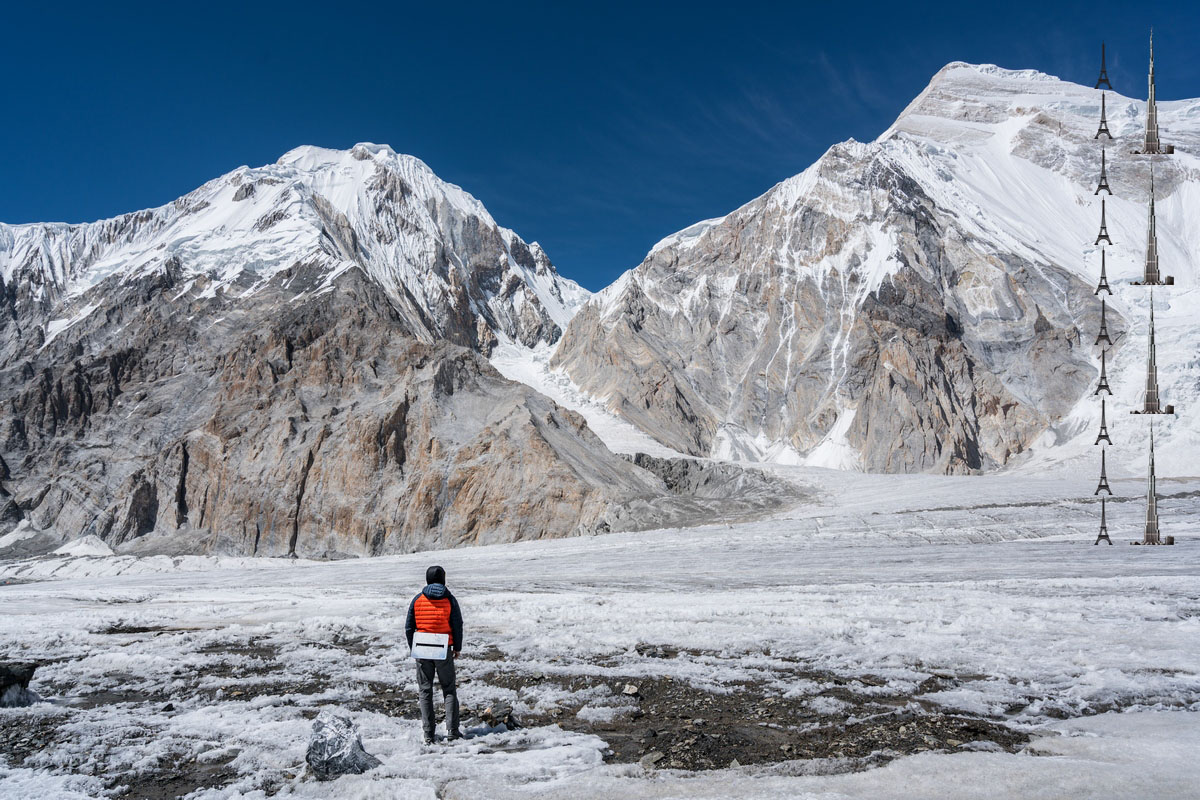 Here’s the view from the base camp. On one side – Khan Tengri (day and evening pics):

On the other – Peak of Victory:

But the best view of all was from Peak Abaya (4901m), climbing up to which was no easy matter…

But I’ve told you about most of that already. Now was the time for a farewell sing-song, for tomorrow we were flying home. 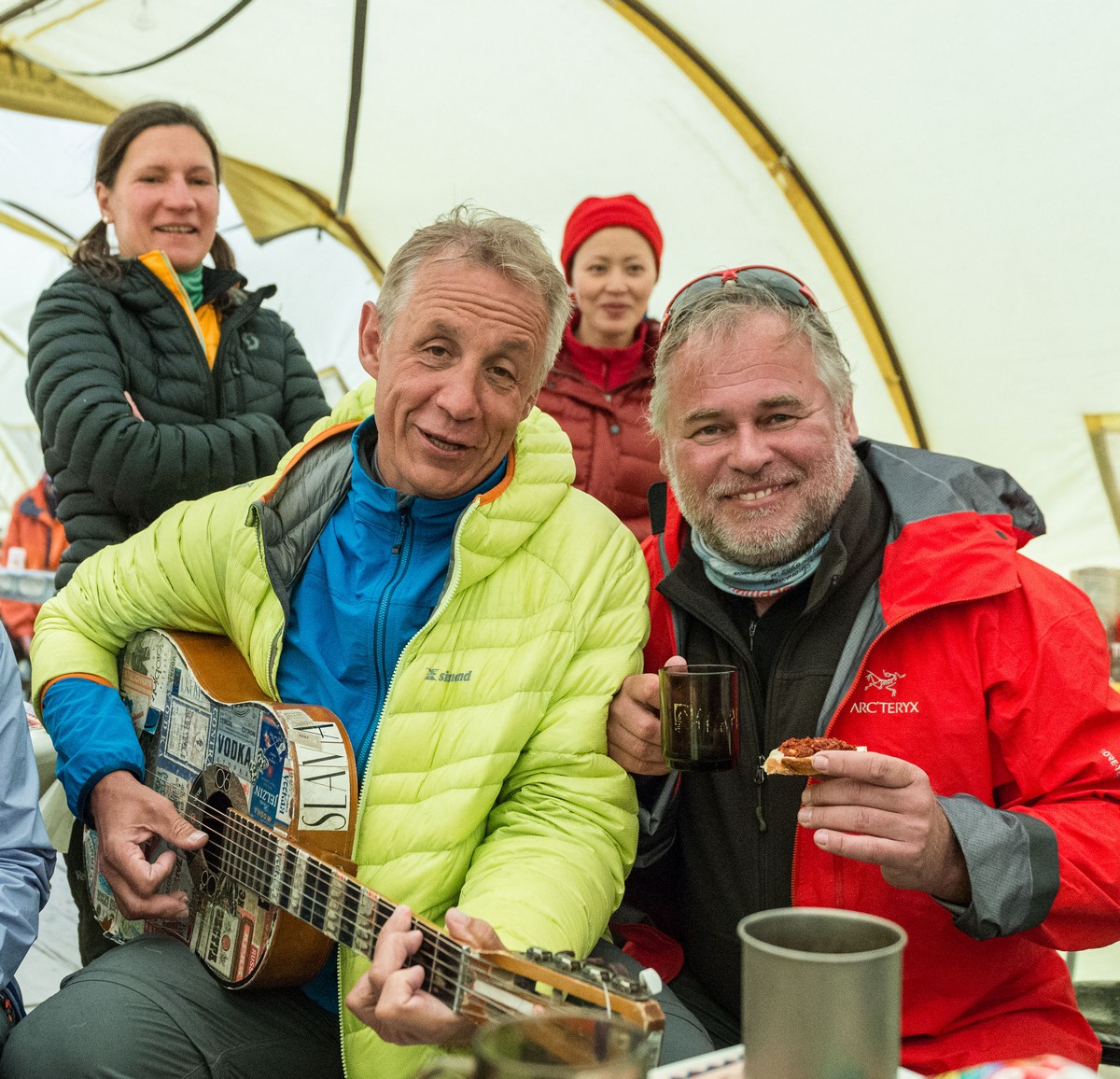 Flying by helicopter up to the base camp may not be the best idea if you’re not used to traversing tall mountains, but the queasy feeling will eventually pass after a few days. Best of all though – if you’ve time – is to walk right from the bottom, to fully submerge yourself into the glacio-mountain atmosphere, and of course to see all the amazing views from start to finish.

A last look at Komsomolets: 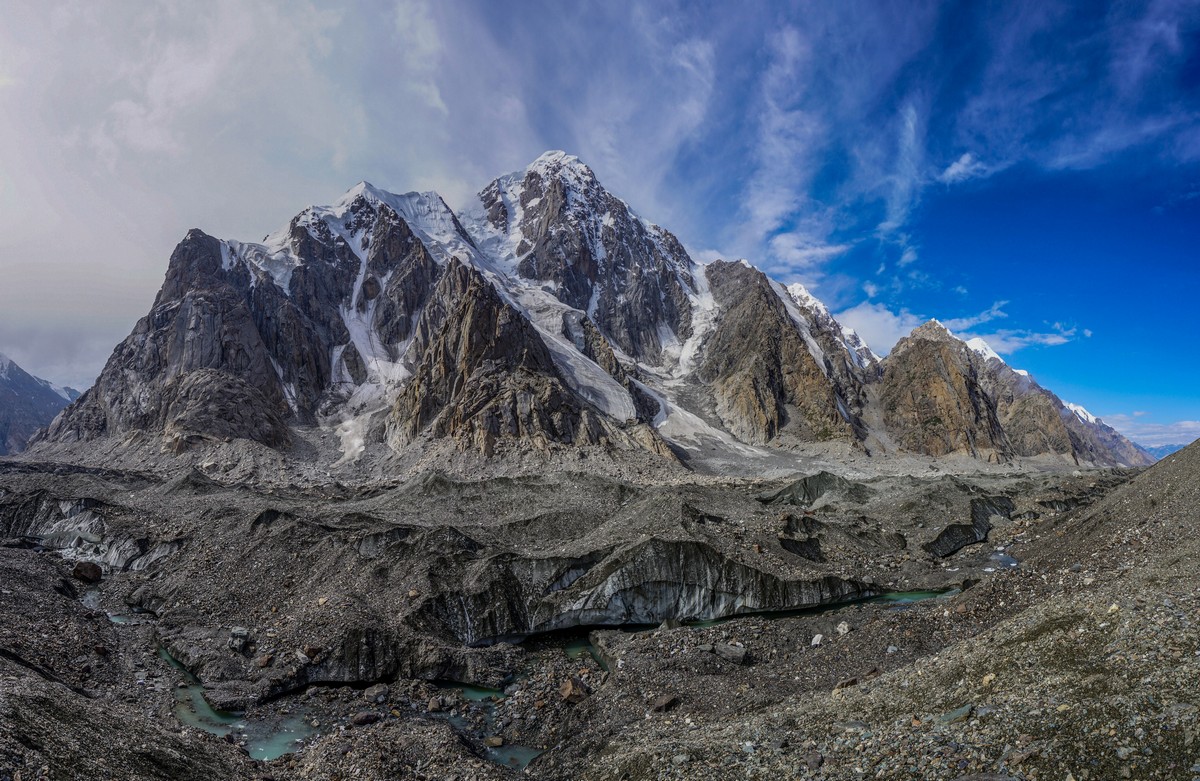 And off we fly home. 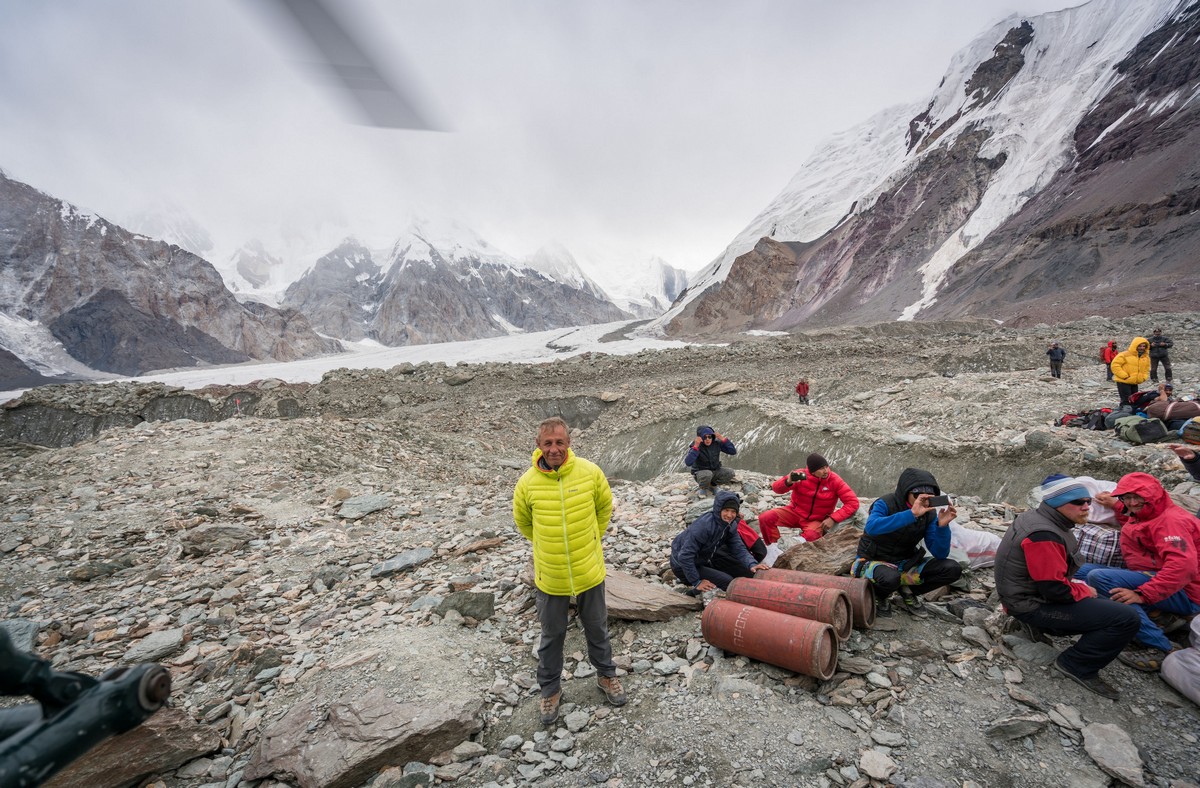 One last PS coming up – but tomorrow.