A few days ago, a momentous, landmark event took place. It was in a seaside city – a ‘regular’ one, where it gets dark of a night (unlike others I can think of:) -> 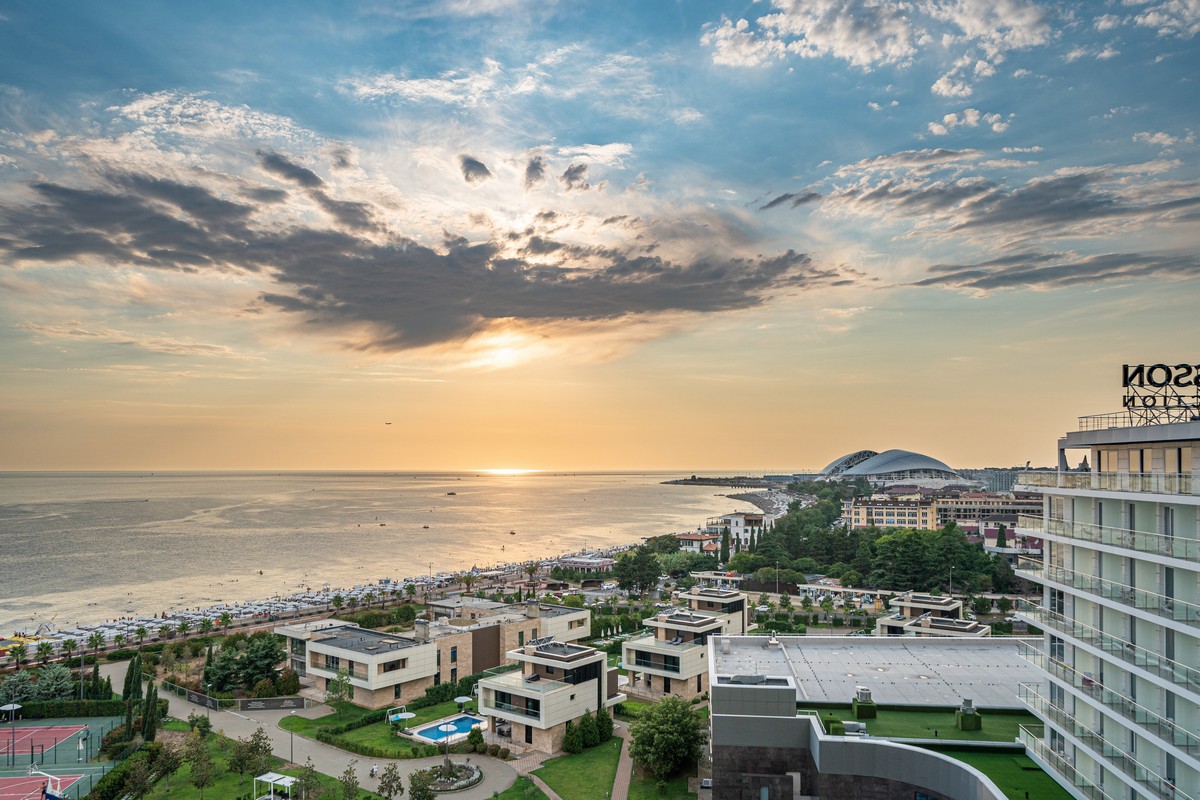 Первый "пост-карантинный" бэджик! Причём с нашей конференции по промышленной кибербезопасности в Сочи. Считаю это – знак :) —8<— My first after-lockdown business badge. This one is from our recent conference on industrial cybersecurity in Sochi. I guess this is a sign :)

And I don’t mean a Zoomified online affair either. I mean the real thing: offline, in person, handshakes fist-bumps and all! It nearly didn’t happen: we discussed and debated it at K-HQ, and in the end we took a vote, and the vote said ‘yeh, let’s do it!’ And that meant: sticking to the yearly schedule and sticking to our usual format: (i) in a nice location (preferably a resort); (ii) in a nice hotel; and (iii) with lots of space available (or not far away) – including a good lawn or similar space needed to house an appendaged exhibition, and also to handle the immodest evenings’ shenanigans cultural program ).

Technically, the conference took place in Adler, which is kind of next-door to Sochi (still an hour’s drive, mind (given the traffic)) (it’s actually one of Sochi’s districts), while the evenings’ entertainments took place in Sochi.

Second – a clarification: why Sochi (Adler)? Well, venues for large, multi-faceted conferences such as this one of ours aren’t chosen a week or a month beforehand. It’s more like several months. Longer for somewhere like Sochi, in peak season: everything needs to be booked with strict terms and conditions applied more than a year beforehand. Thus, around a year ago, we did book everything. That was before corona. Then everything was put on hold (as much of the world’s business was put on hold) for six months. Then there was the fact Russia’s borders are still somewhat closed… In short – given some easing of the lockdown restrictions on movement, we figured we should keep to the plan and have the conference in Sochi.

And the name of the conference? The Kaspersky Industrial Cybersecurity Conference 2020, which was our eighth annual industrial conference. Yes – that means we’ve been putting on shows like this since 2013 (though we started moving and shaking in cybersecurity for industry much earlier). And this year was the third time our industrial conference was held in Sochi. The previous one was last year’s, during my second visit to the Black Sea coast in 2019 (I’ll have to introduce a new ‘Sochi’ tag ).

Of course, due to corona, there were quite a few changes needed to the usual format. The main one being that this was our first ever hybrid – online-offline – conference. Offline, we had around 100 audience guests in the hall (of course all masked-up and socially distancing), while online we were joined by more than 400 audience members – something that’s already become the norm for us. While up on stage we had presentations and talks from 20+ experts – including representatives from respected big names like Siemens and Emerson, international organizations (UNIDO), and high-profile regulators (without whom, when it comes to all things industrial, you might as well not bother).

Interesting? All right – let’s have a look… 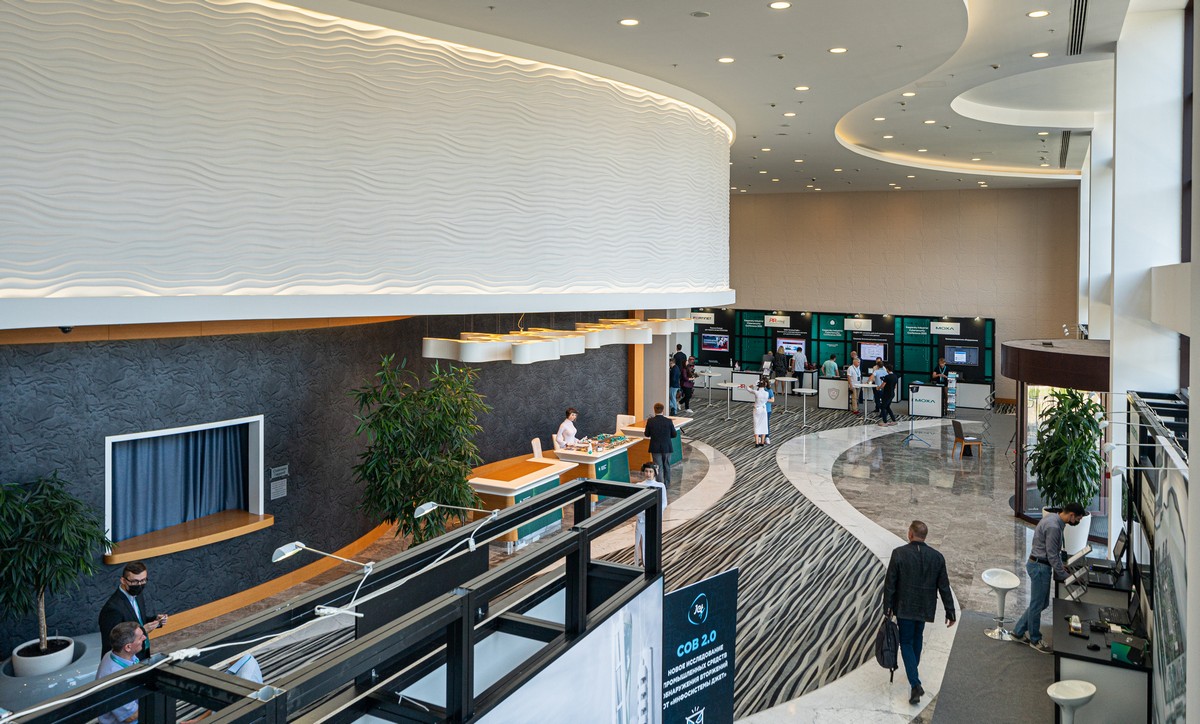 This is the micro-exhibition of our friends and partners showcasing solutions for saving complex industrial systems from cyber-evil: 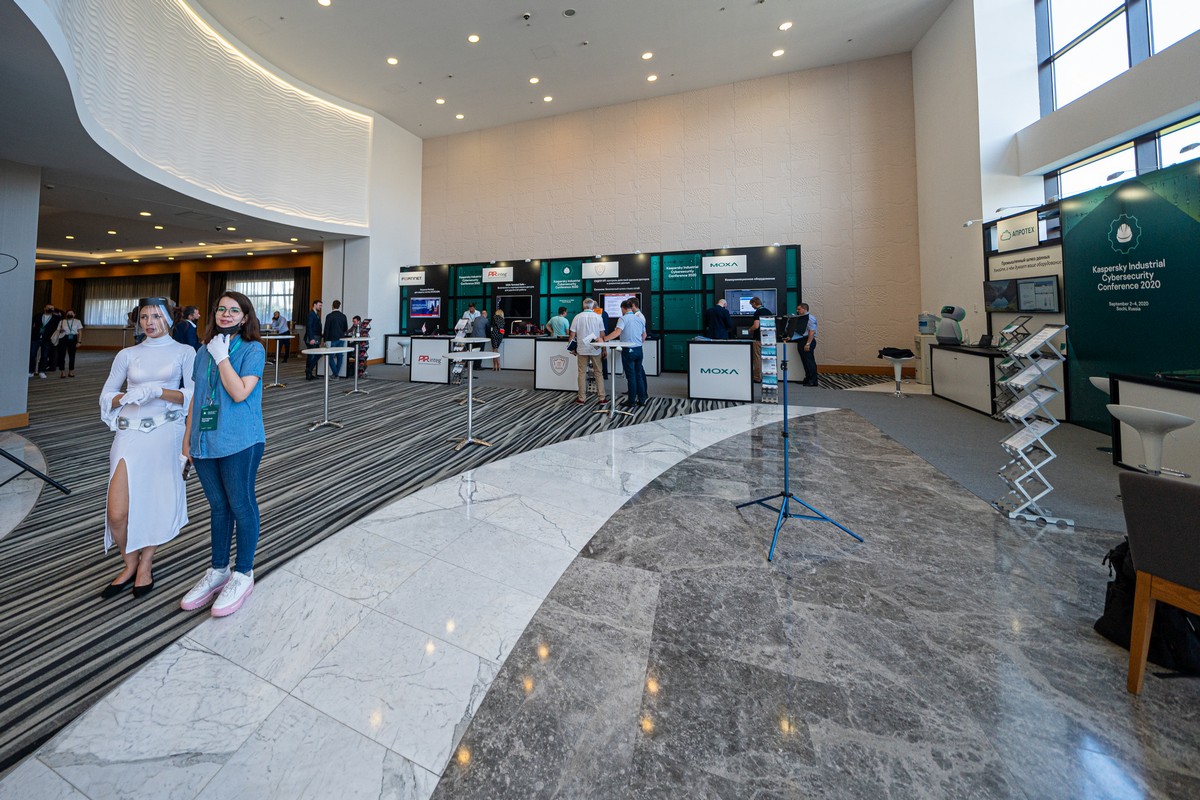 A few examples of what was on show:

✅ Two data transfer gateways working on our immune operating system and tuned for various industrial and urban-and-household needs. In just three years these projects have gone from mere concepts to a dozen pilot projects, including among Russian industrial giants.

✅ Demonstrated for the first time were solutions already in operation created with use of data transferred via gateways – a localized Siemens solution, OEE, which is a monitor and online platform for measuring overall equipment effectiveness. // Which is of particular interest to various kinds of industrial companies that are forming orderly lines heading in the direction of the Industrial Revolution 4.0, where connection of manufacturing objects to the internet is simply mandatory for further increasing effectiveness of business. 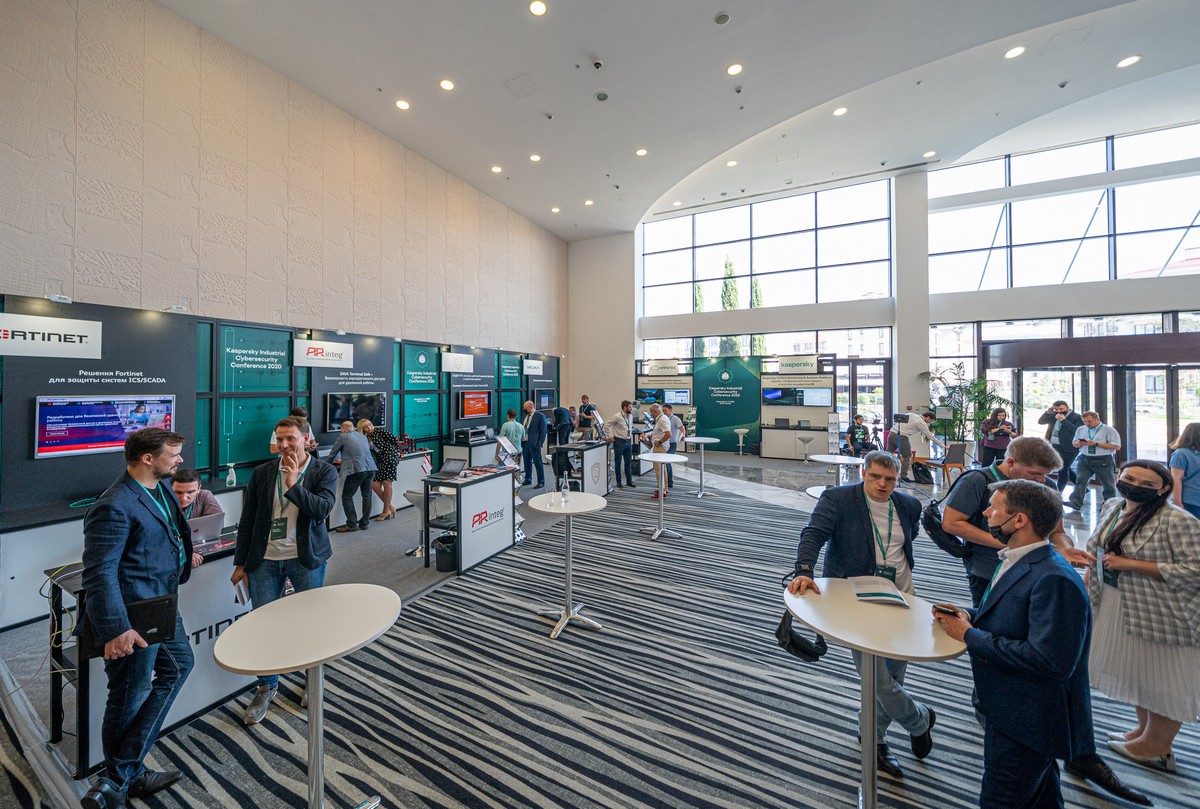 ✅ Aprotech (a joint venture between us and ITELMA Group) presented a prototype that measured… the level of alcoholic steam emitted from our guests! The readings can go from ‘has been as sober as a judge for at least a week’, to ‘downed several cocktails in the last few hours and now demands a sing-song’! Or something like that ). All rather fun, but the practical applications can be serious: drink-driving is a terrible thing, and accurate measurements are exactly what’s needed in policing/testing; while guaranteeing the security of the collection and analysis of all kinds of epidemiological data is also exactly what’s needed – more so, especially during an epidemic that’s affected the whole planet. 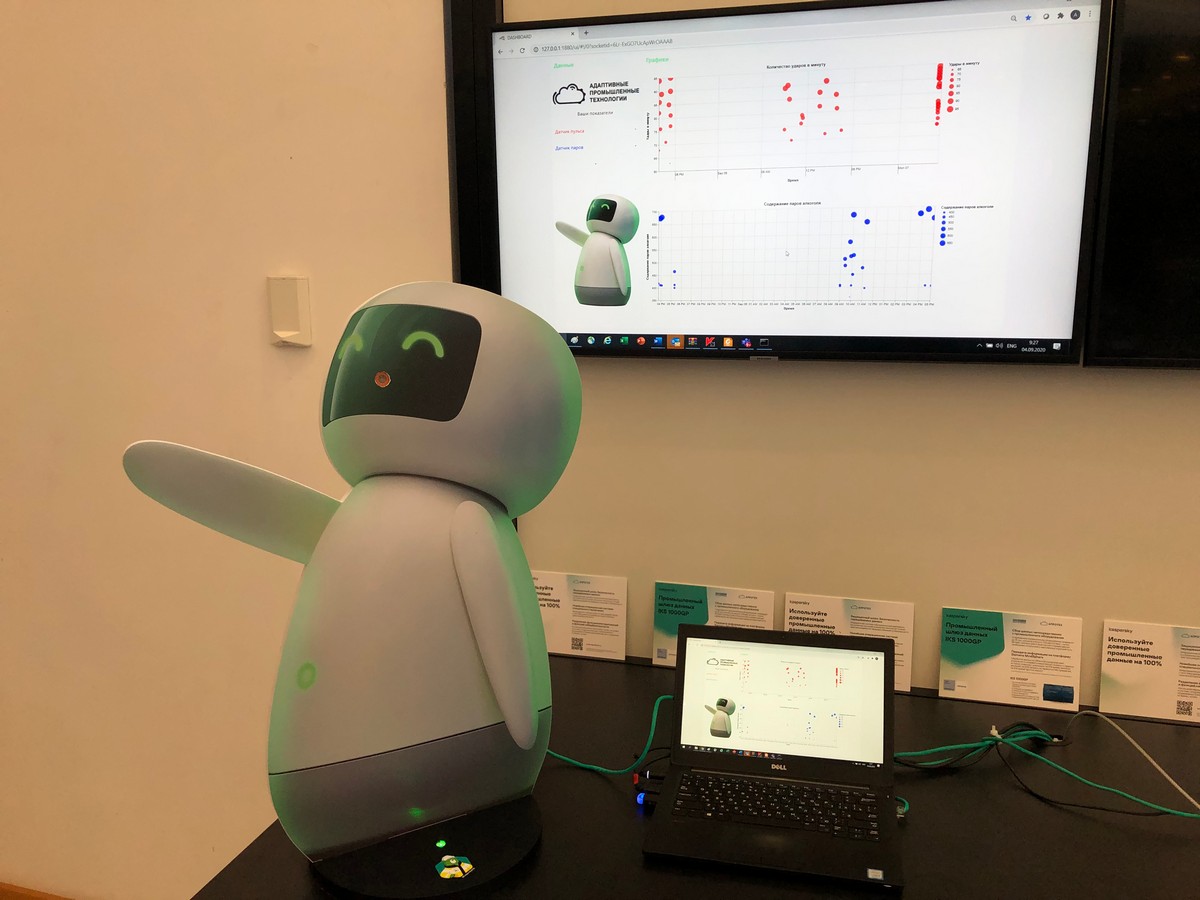 Btw, all stands – just like everything else at the conference – worked in hybrid format: some reps were there in person; others were beamed in via the internet.

But the start of the main event was fast-approaching – I needed to go have a look at the main hall; after all – I was kicking off the proceedings!… 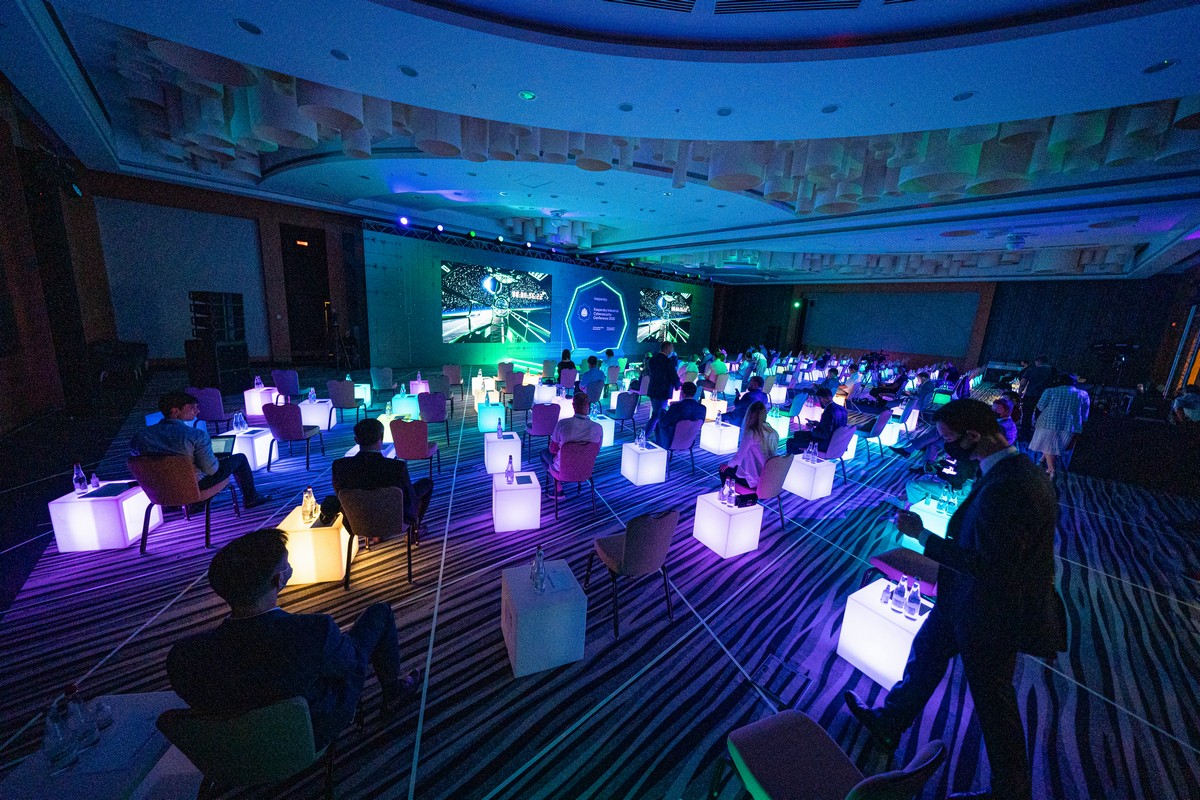 As you can see, we were strictly following the sanitary-epidemiological recommendations. Audience all spread out, masks, and a bottle of sanitizer on each of those futuro-funky tables in addition to the bottle of water. After all, how absurd would it have been if a conference on cyber-viruses ignored the advice on precautions against a bio-virus?! // Admittedly, outside the conference itself (in the evenings) folks kinda relaxed their adherence to the rules a touch, but within reason. 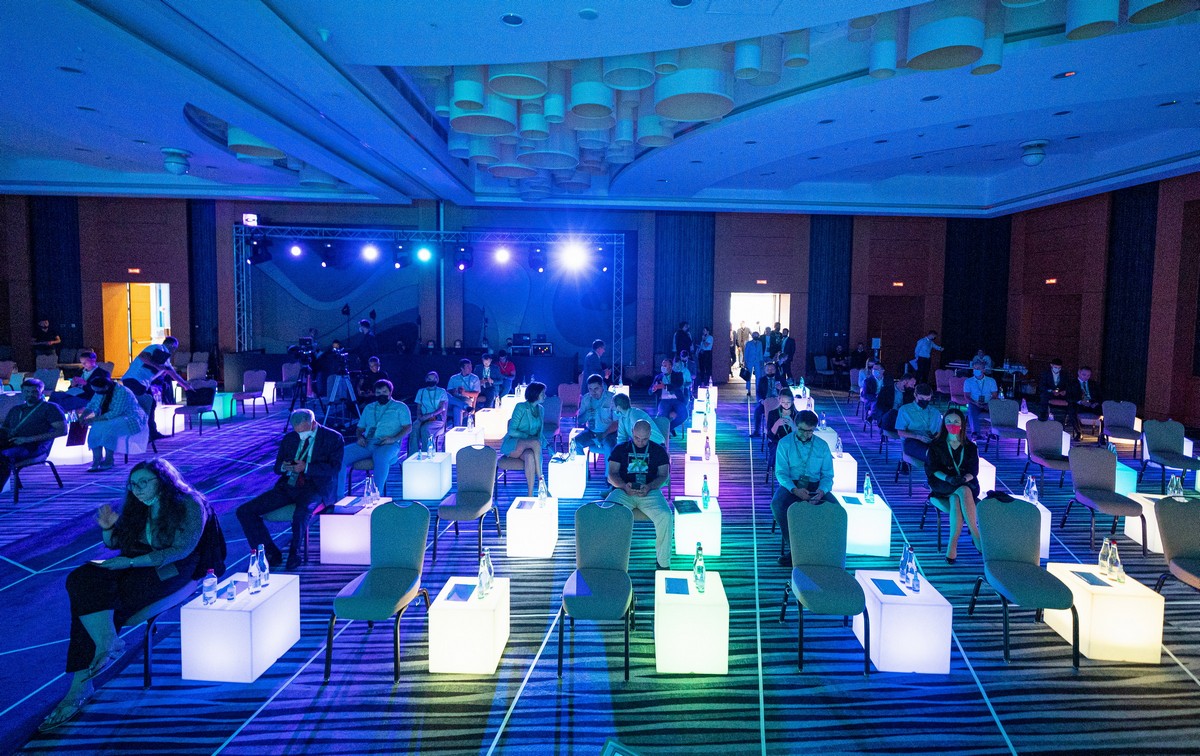 In come the guests, with everyone a bit unsure of how the practicalities will go – it’s been a full half-year since anyone has been to a get-together like this!… 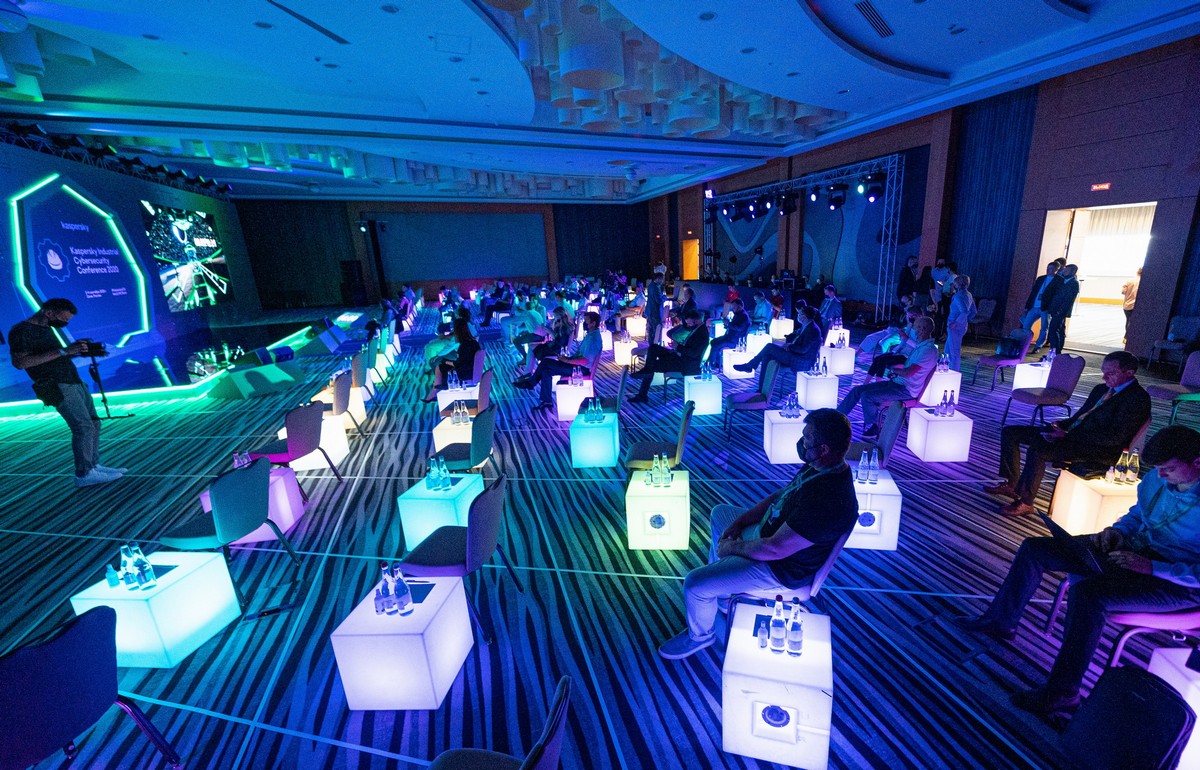 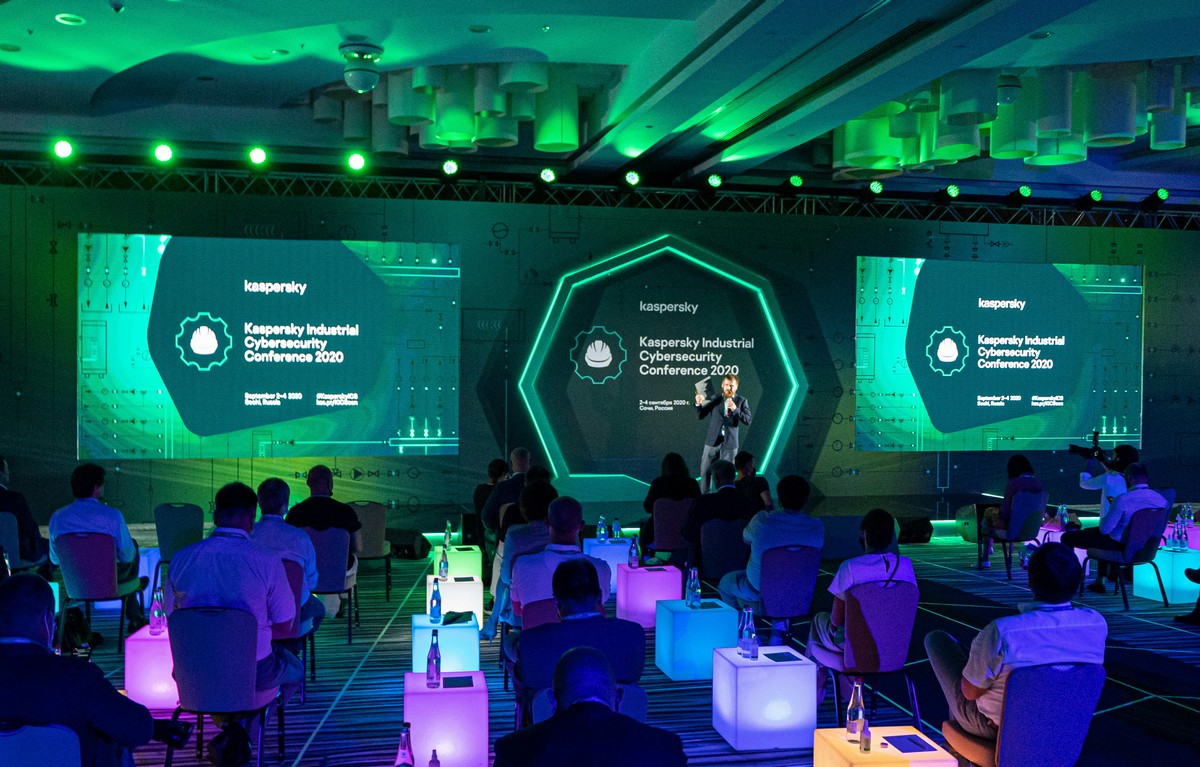 First things first – a spot of self-praise regarding our successes (of which there were plenty). 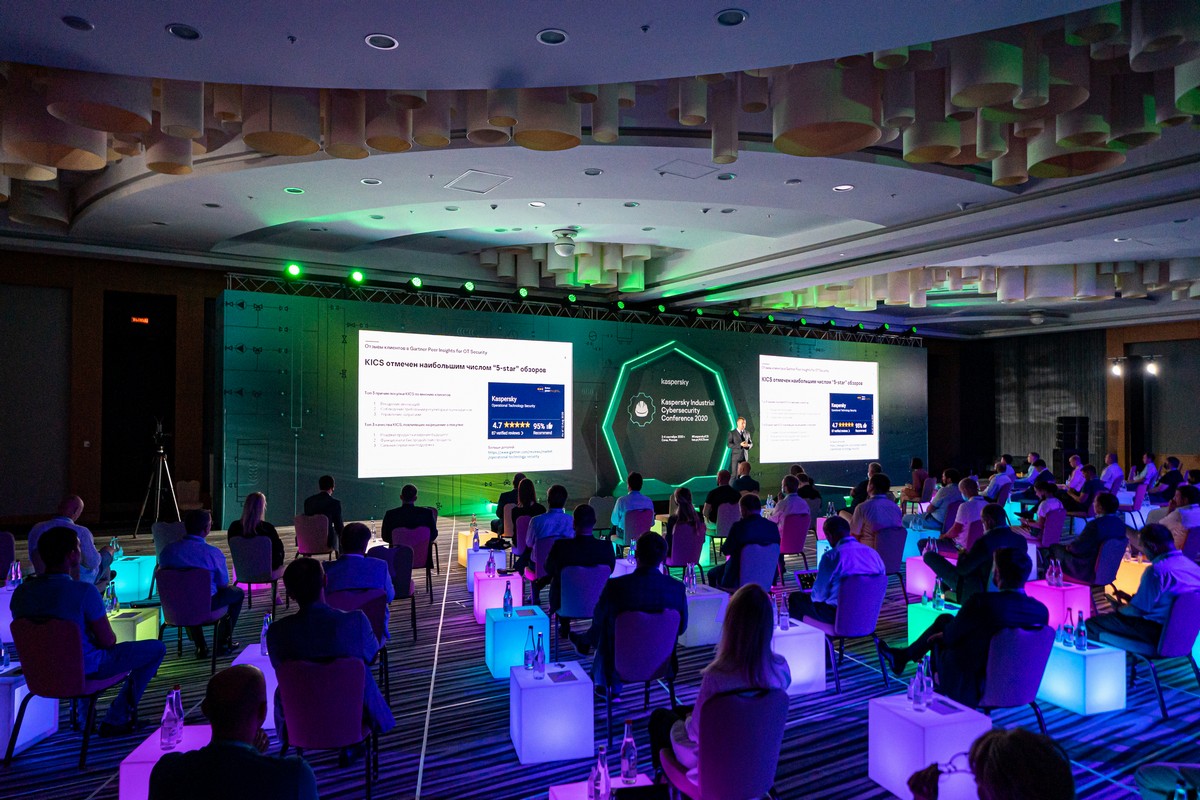 Then, all sorts of useful, varied, necessary, and very promising stuff… 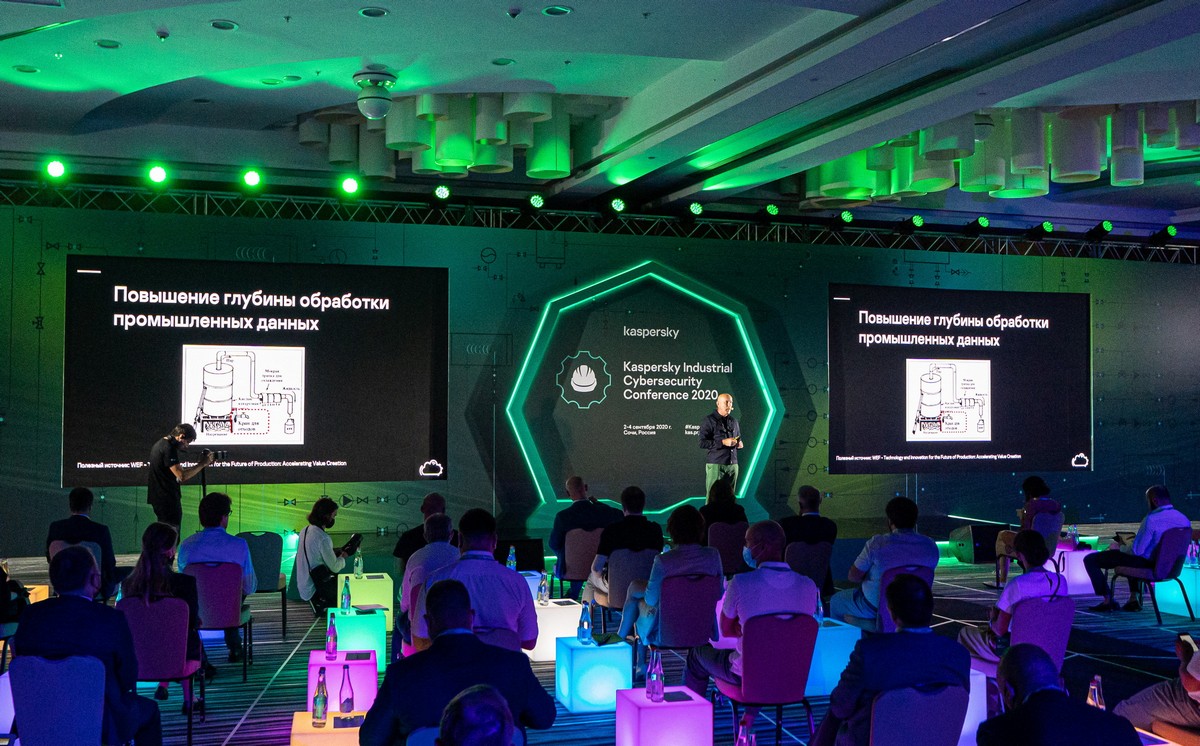 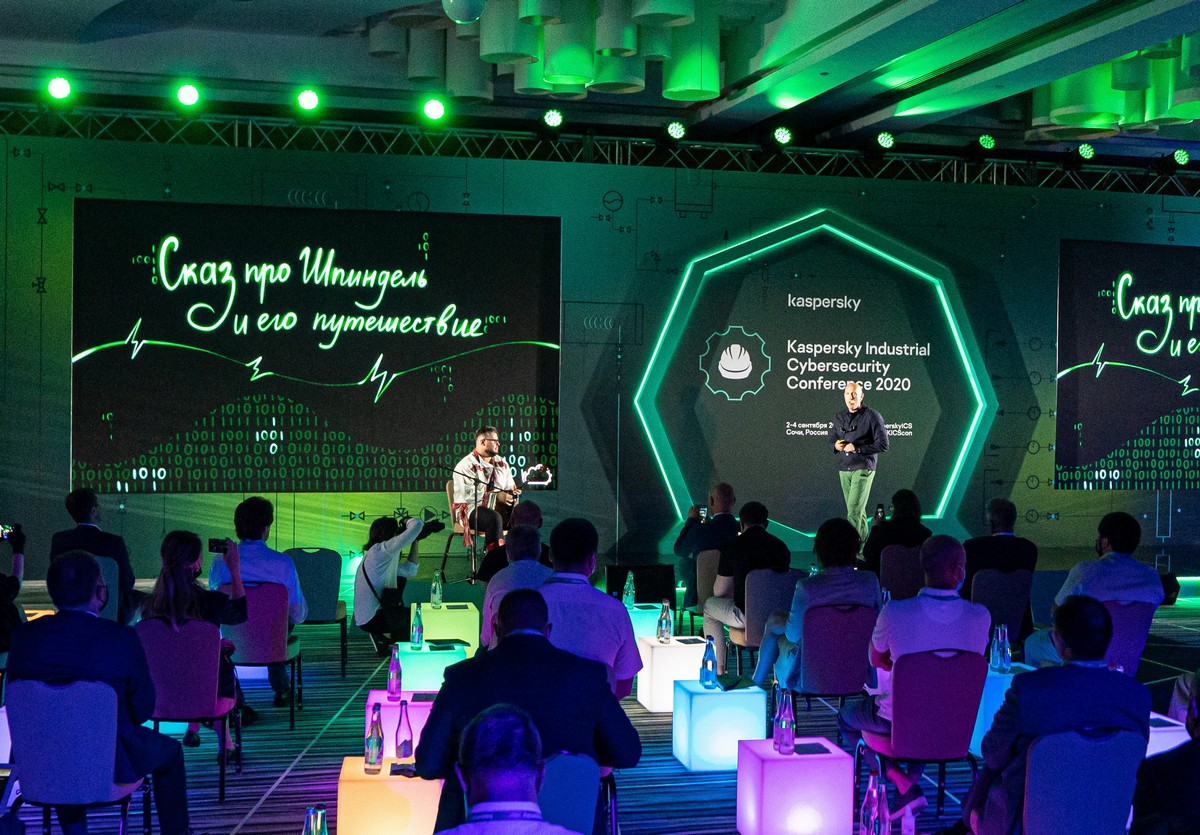 And with presentations come… props. Including… a balalaika, of course ).

And with panel discussions in which I take part come… a digressional tale!

This summer, I found myself on vacation in Altai, Siberia, for a spot lot of rafting down the Katun River. Now, one of Katun’s many special features is a set of rapids called Shchoki, or Cheeks, which need cheeking out before you get up to the riverhead. To get to Cheeks, you need to get through a long stretch of dense jungle forest that runs along one of the Katun’s banks. But you can’t wade through the forest in shorts, t-shirt and flip-flops. Oh no. What you need is decent protection. Fortunately, the protection you wear to go for days on end faced with the river-rafting threat model is perfectly adequate for forest traversing too. That protection is: a neoprene (synthetic rubber) suit (to keep you warm), a lifejacket (obviously), and helmet (protection against the scorching summer sun – also a fellow paddler’s errant oar:). Now, all the others got a full-length neoprene suit – which covers everything from the wrists down to your ankles. I was given the only ‘cool and fancy’ suit – as a mark of respect ). This one was short-sleeved and short-trousered.

So far – so good. I was protected against practically all whitewater-rapids-rafting threats. But, as we were trudging through the forest, we hit upon a zillion very angry wasps, whose hive had apparently recently been put out of commission by a grizzly bear. Now, all the others – in their long-sleeved, long-legged neoprene suits – were nicely protected. Me, with bare arms and legs – well, I seemed to take the full brunt of the wasps’ wrath. In a word: ouch!

//1. ~Moral to the story: who could have foreseen such a potential threat in the traditional security model of a medium-difficulty river-rafting route?!! Takeaway: there’s no such thing as too much protection! Who knows what unusual, unexpected, unlikely threats could be round the corner?!

All righty – back to the conference…

As per tradition, there was a lot of important and interesting stuff. Here’s an example:

We announced (and raised a glass to the fact) that we’ve received a patent for our machine learning technology for monitoring industrial installations and other complex equipment –
Kaspersky Machine Learning for Anomaly Detection (MLAD). Our system is able not only to analyze deviations from equipment processes considered ‘usual’ or deviations from their usual timing, but also to predict technological indicators.

For example, if the difference between forecasted and actual readings goes over certain thresholds, the system informs of a possible spanner in the works – say, relating to the quality of raw materials, of unauthorized personnel doing things they shouldn’t, in fact – whatever the client wants: to check for anomalies that crop up, be they intentional/accidental, malicious/benign. So, as you can see, we’re now able to help optimize production processes. And given that working-from-home is now so prevalent – it’s very timely too! And it will only become more so…

After the day’s work – it was time to relax. And time to support folks in an industry very hard hit by the pandemic – the industry of singing and dancing and performing… 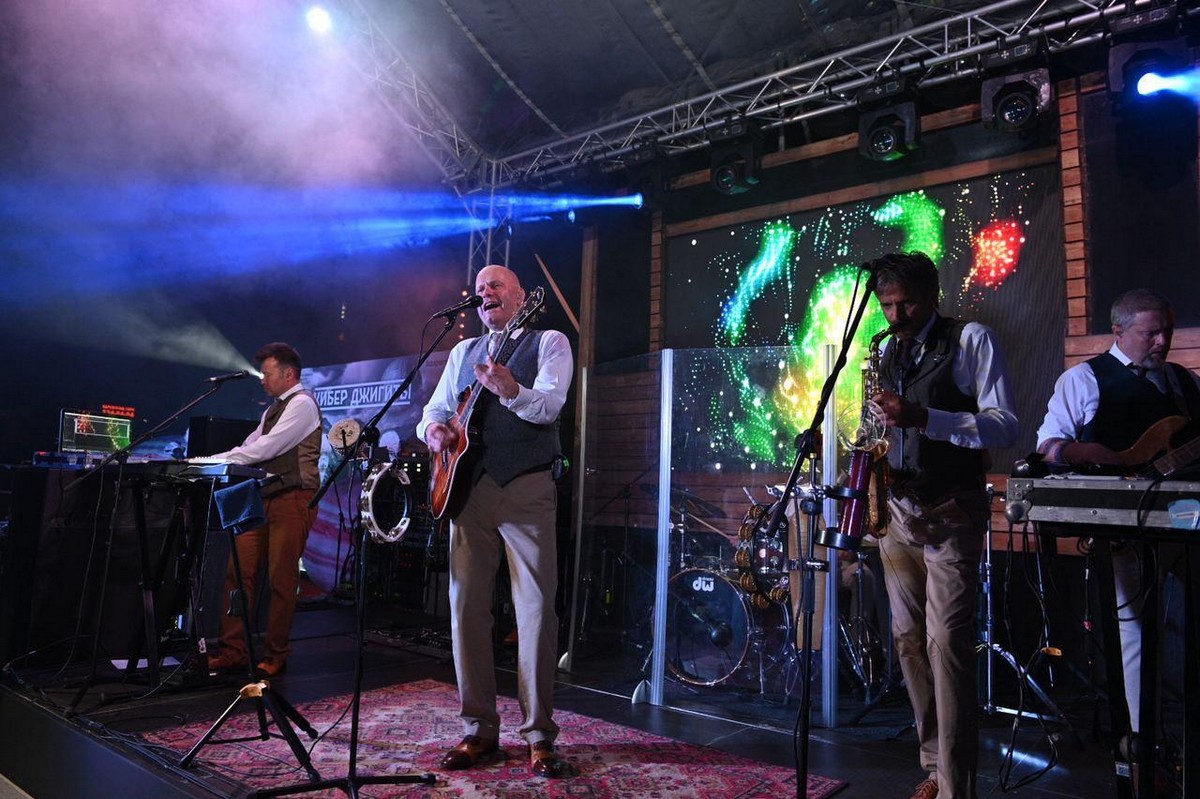 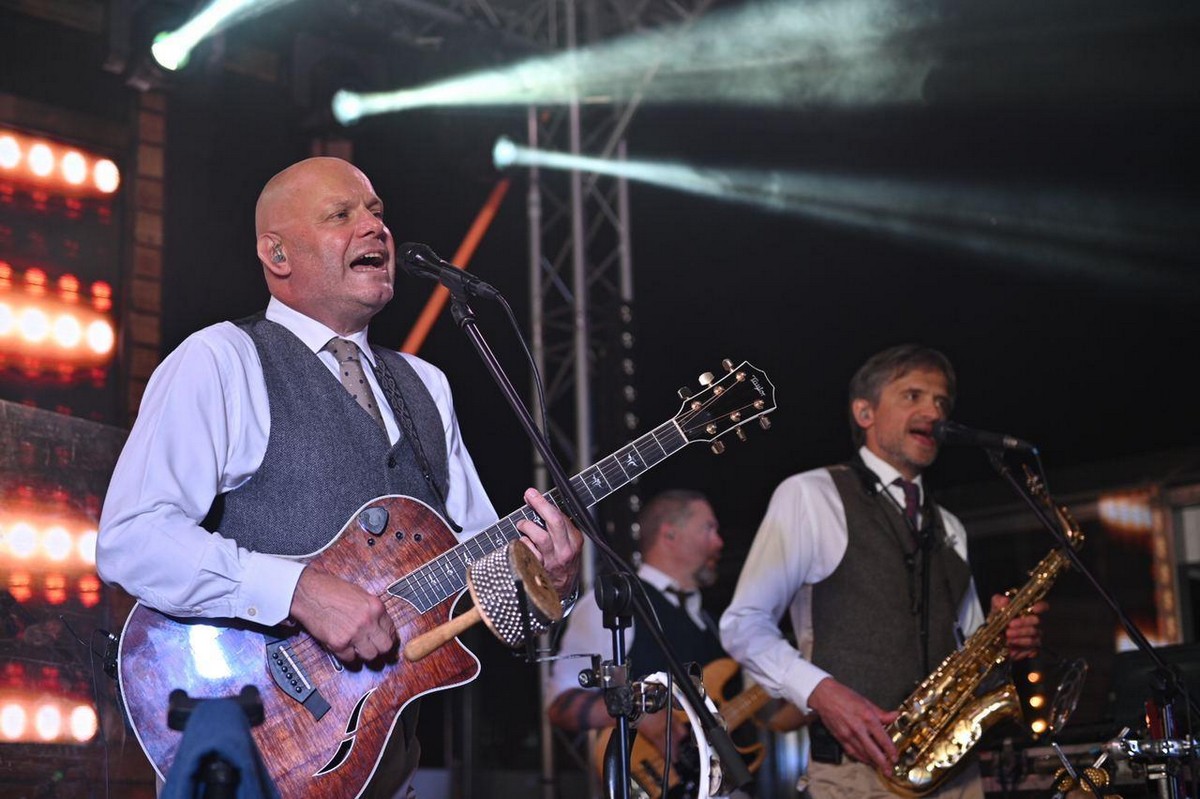 In short – the event went down superbly! 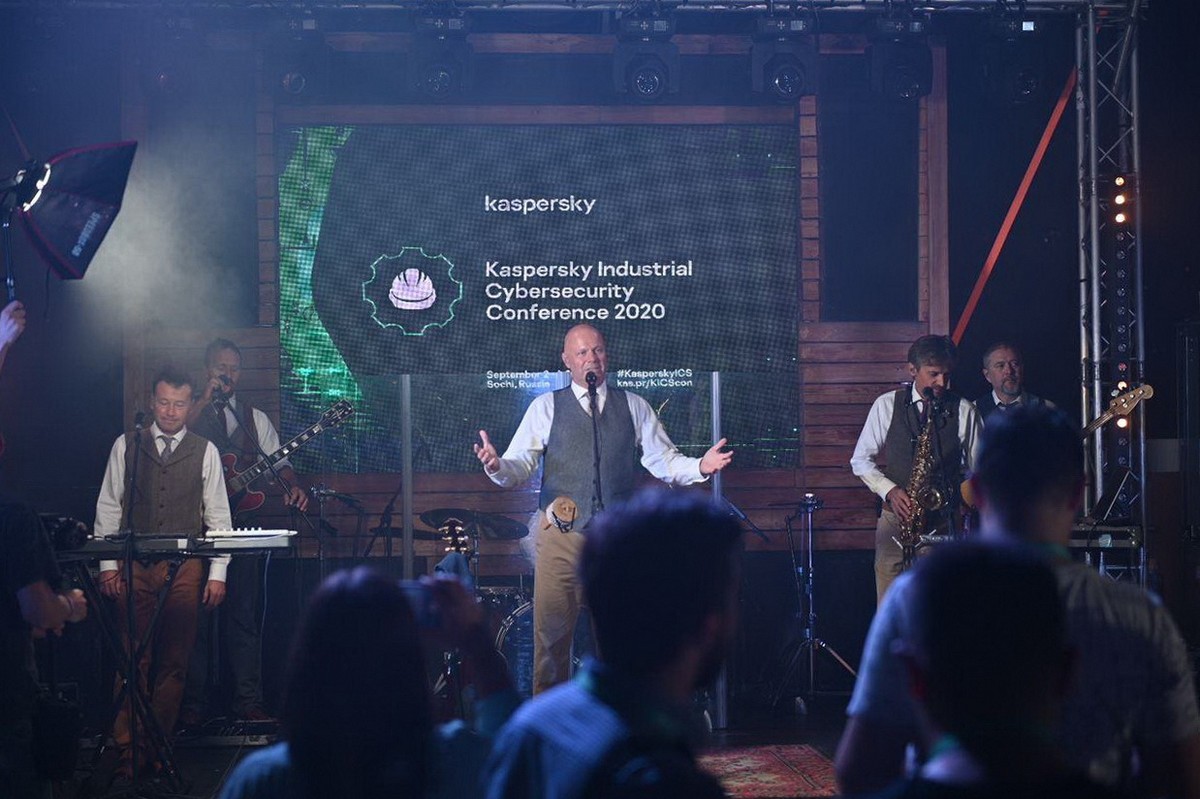 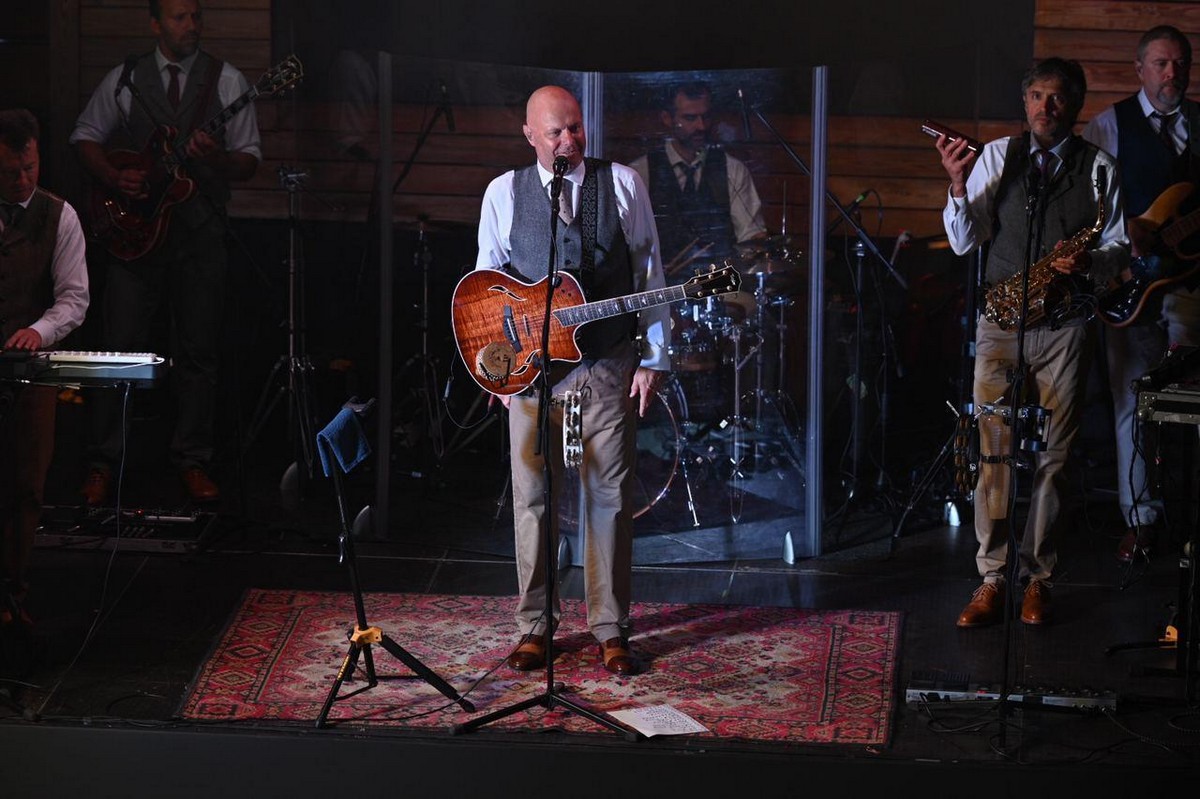 PS: And it just goes to show – offline events are now possible, if you’re real careful to make sure all the safety measures are in place. Yeh! We know this; so too does the hotel we stayed at and had the conference at -> 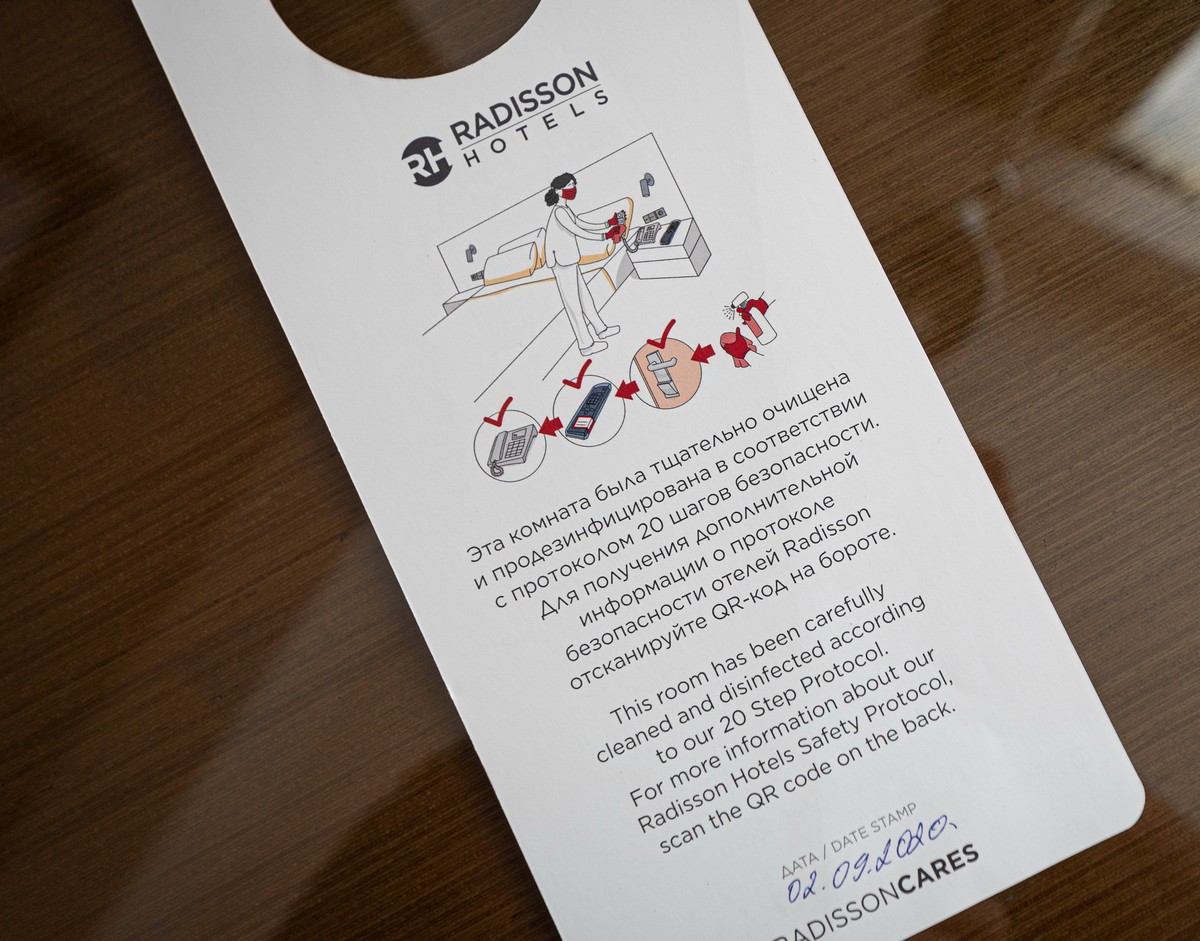 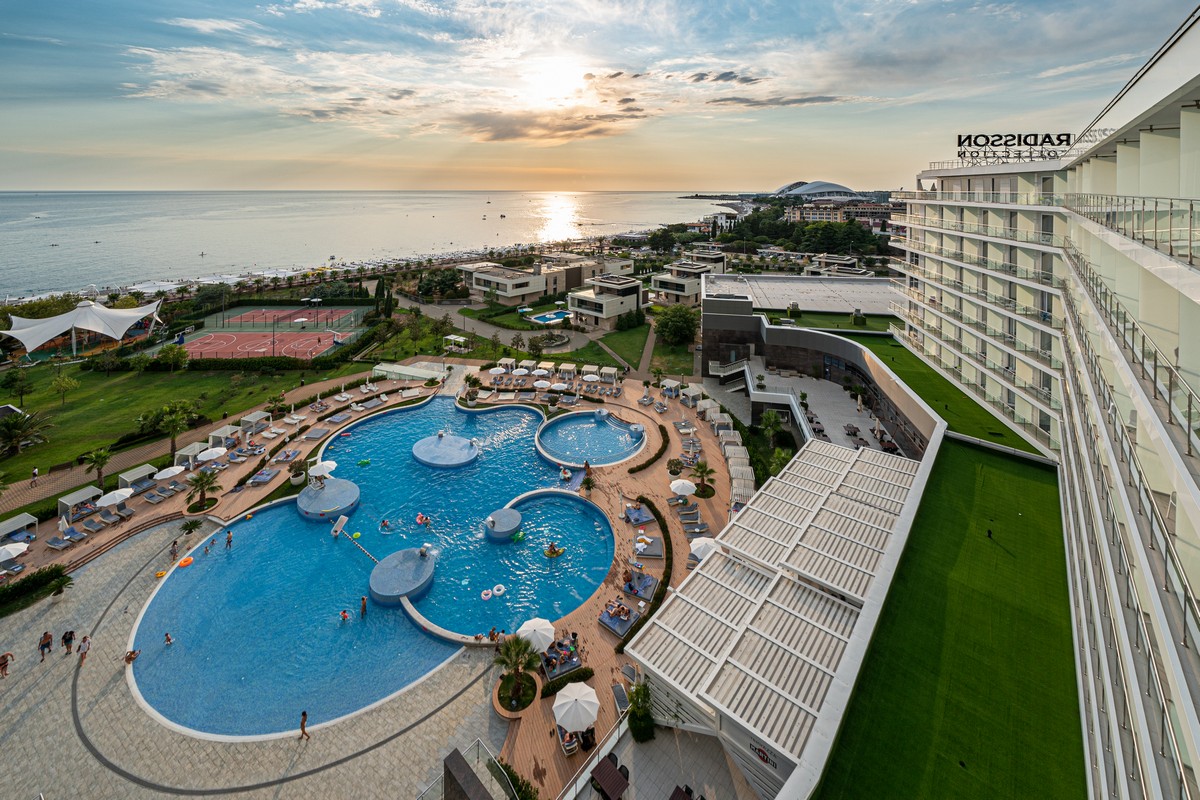 That’s all for today folks. Time to get back to Moscow. And what’s up next? We’ll just have to see… 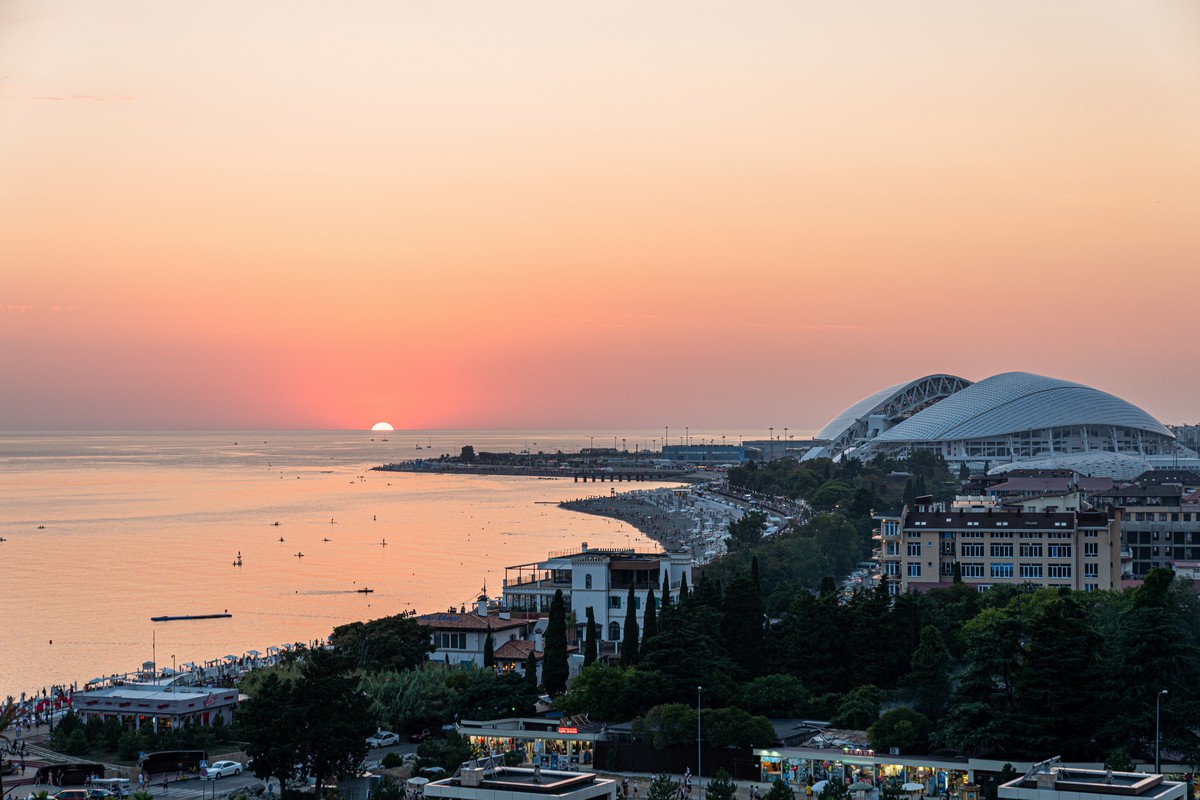 All the pics from Sochi are here.