Traditions come in different shapes and sizes. Some folks, for example, every New Year’s Eve go for a monster banya-session (at least in Russia!). Some folks – particularly adventurous Russians! – spend a month every summer in Kamchatka or Altai or the Kurils or some other similarly awesome part of the world. Other traditions are localized: like my tradition every time I’m in the British capital…

My London tradition is a hike along a section of the Thames Path, which is nearly 300 kilometers long, starts out at the Thames Barrier to the east of central London, and ends in Kemble, Gloucestershire, way out west – almost as far as the sea in the Bristol Channel. I’d completed several stretches of the path before over the years – from its start at the Thames Barrier (in 2016), to Hampton Court earlier this year. The next section would take us to the western edge of the Greater London Built-up Area, or just outside Greater London (confused? Me too:), which is just inside the M25 London Orbital Motorway, specifically – to Staines Bridge in the town of Staines-upon-Thames in the county of Surrey, which would take my total kilometers walked on the Parth to almost 80!

You might be thinking that walking along a path may not be fully… appropriate for one’s localized tradition in one of the foremost cosmopolitan, glamorous, etc. capitals of the world… But you’d be wrong! (IMHO!). For this is… the perfect path! I just like it so much I want to walk it over and over (and I do repeat some stretches, as sometimes I lose my way or it’s too rainy; more in this below). Even the sections I’ve already walked (sometimes twice already!) – I’d relish the chance to be pals’ guide: that’s how much I enjoy it. I mean, it even has its own tag on my blog – an exclusive status for a ‘mere’ path ). But before I get into my walk-report on this latest segment, let me briefly go over previous segments, as a summary review/reminder…

The Thames Barrier to Cutty Sark. Here’s the detailed walk-report. I highly recommend a read.

The Thames Barrier saves London every time the level of the river gets too high. There’s an information center there too: 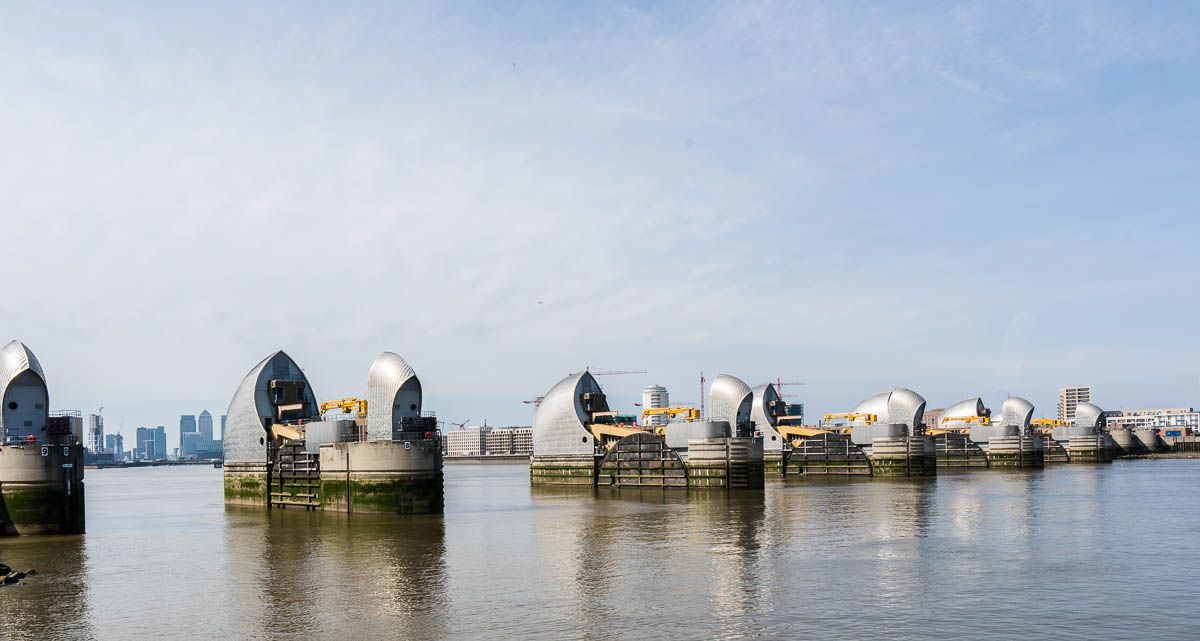 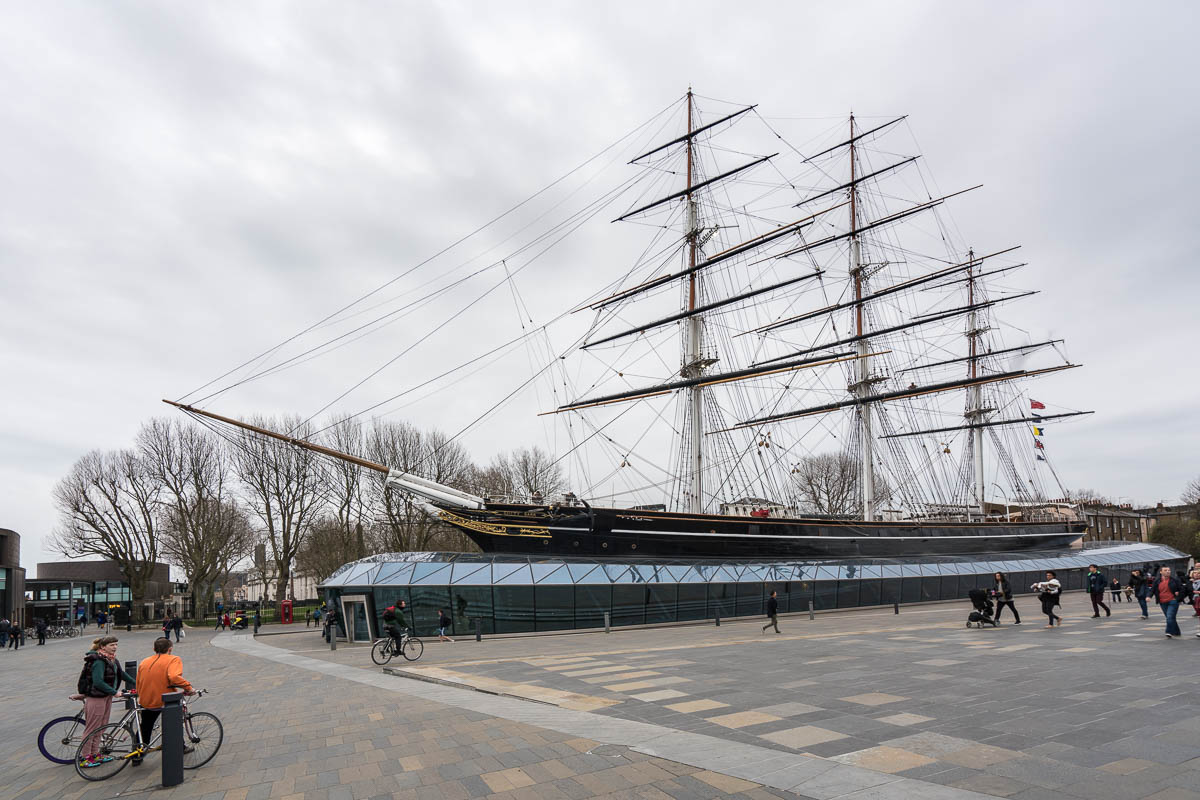 This section was rather short – a warm-up section: a mere 7km or so: 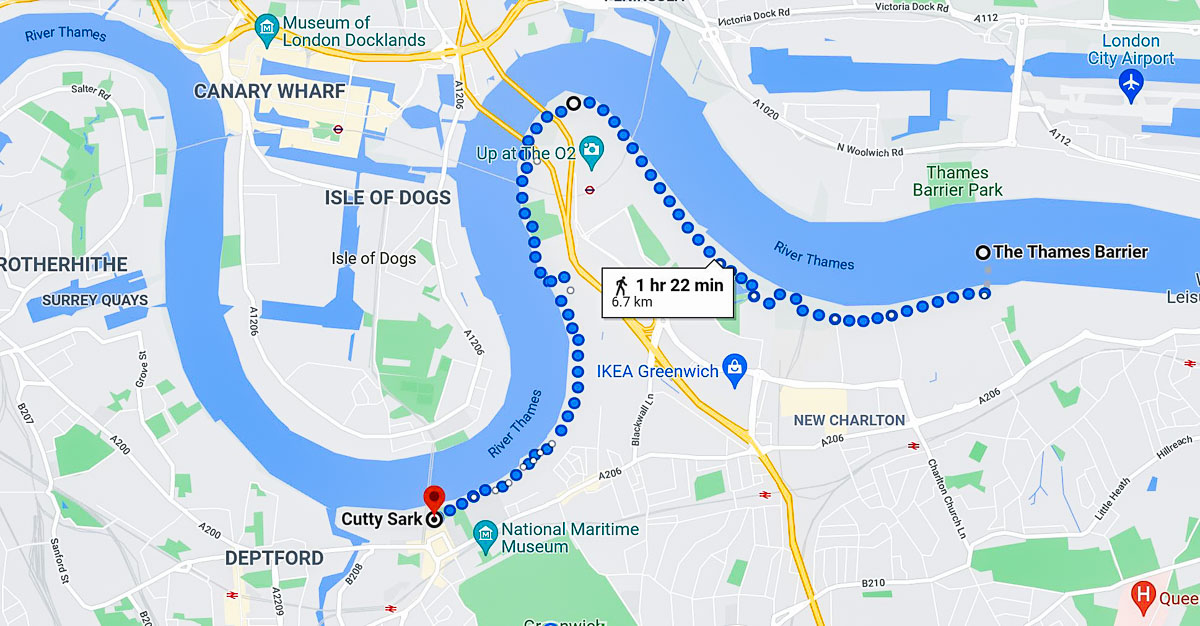 Therefore, it’s best to add to it a walk through the Greenwich foot tunnel: 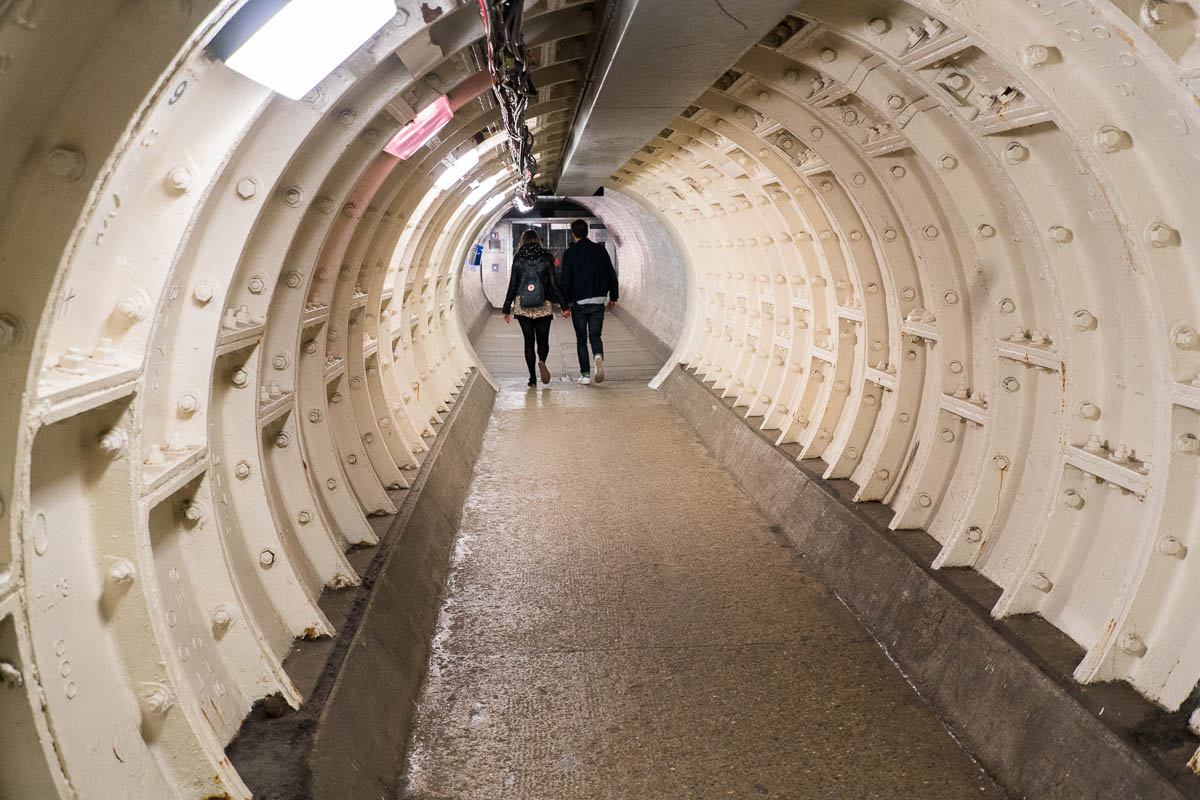 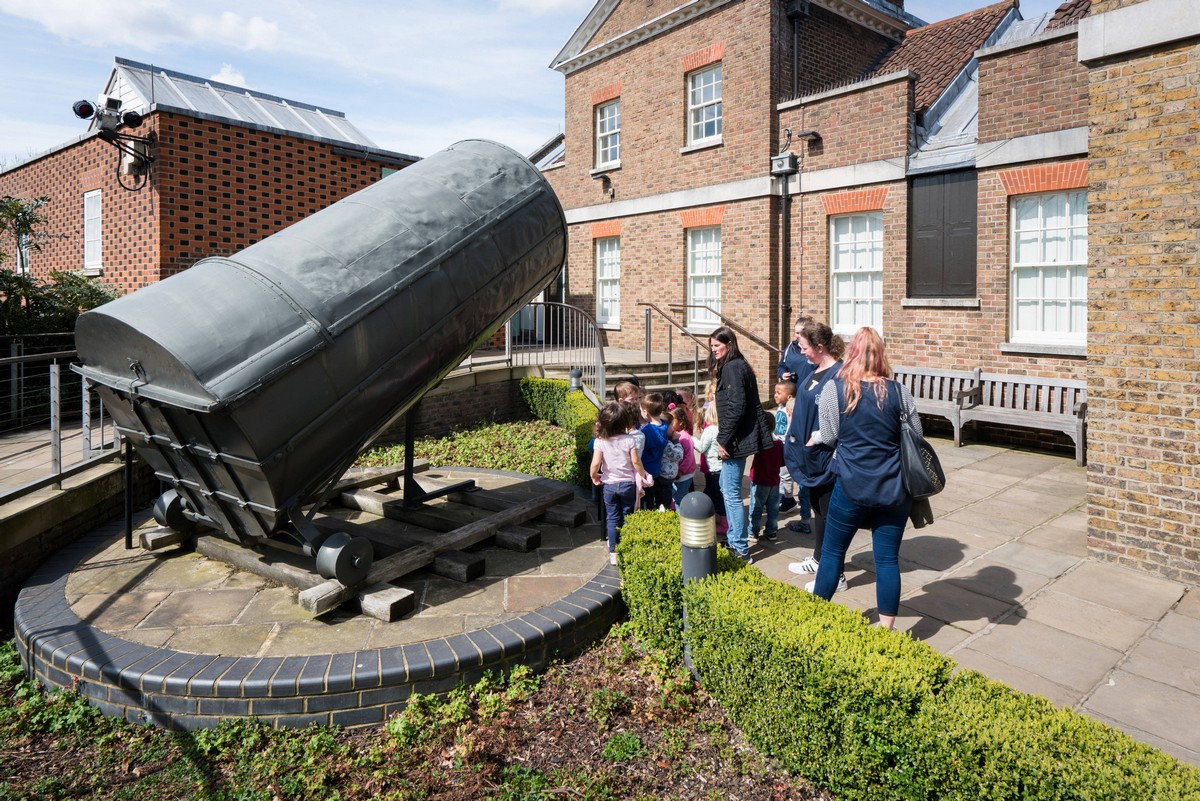 A very interesting place. Without it, Britain’s leading influence on astronomy and navigation, plus its domination of the seas, which helped it colonize much of the world from the 1500s onward (the observatory was built later, in 1675–1676) may not have been.

From Cutty Sark in Greenwich to central London. Walk-report – here.

Another informative, scenic section of the path. The going is easy; the sights – expansively impressive, with many a famous landmark along the way. Also featured – a monument to… Peter the Great! Good gracious! -> 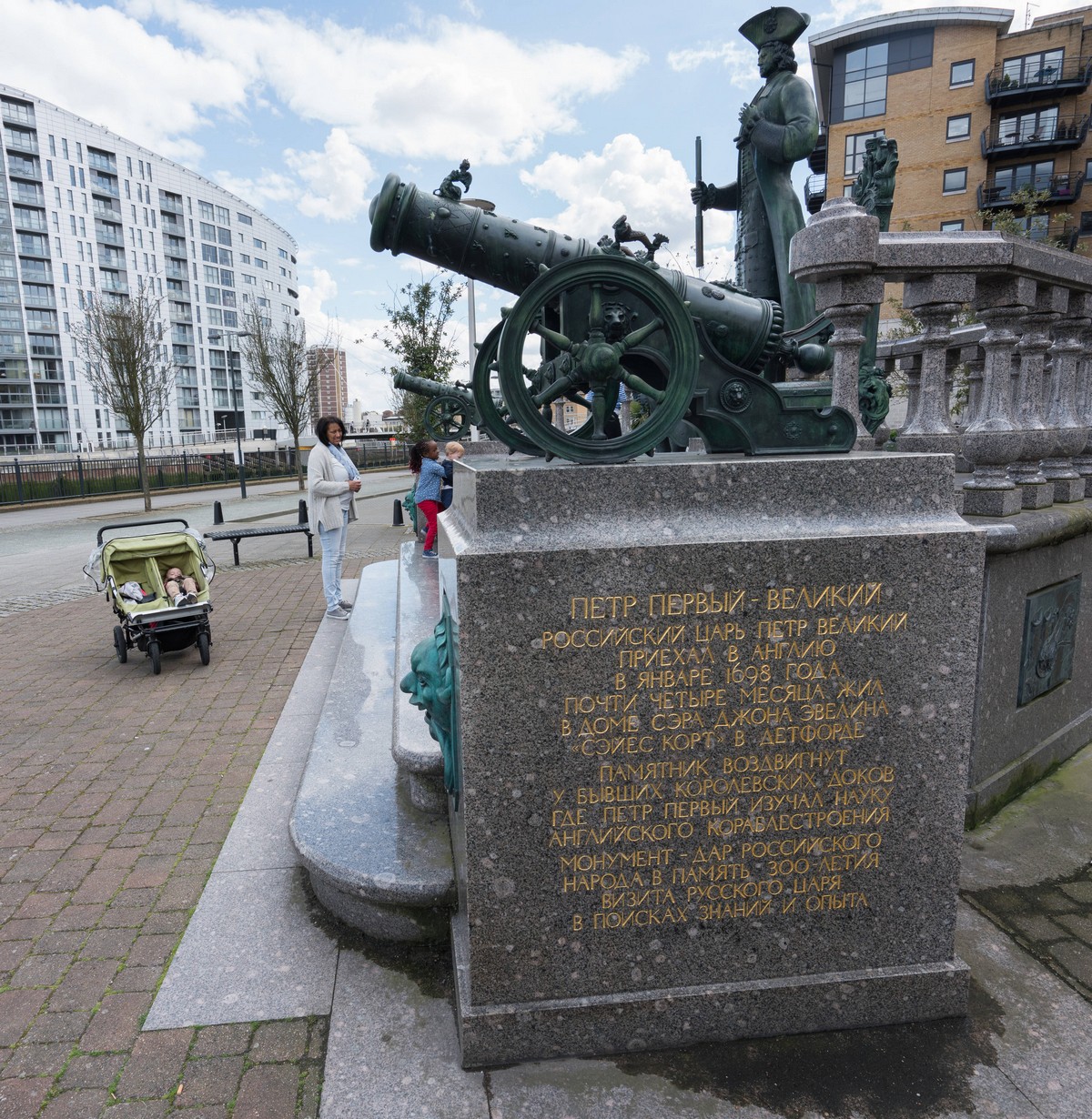 Another unexpectedness on this section of the path – a real, genuine… farm! In central London!! -> 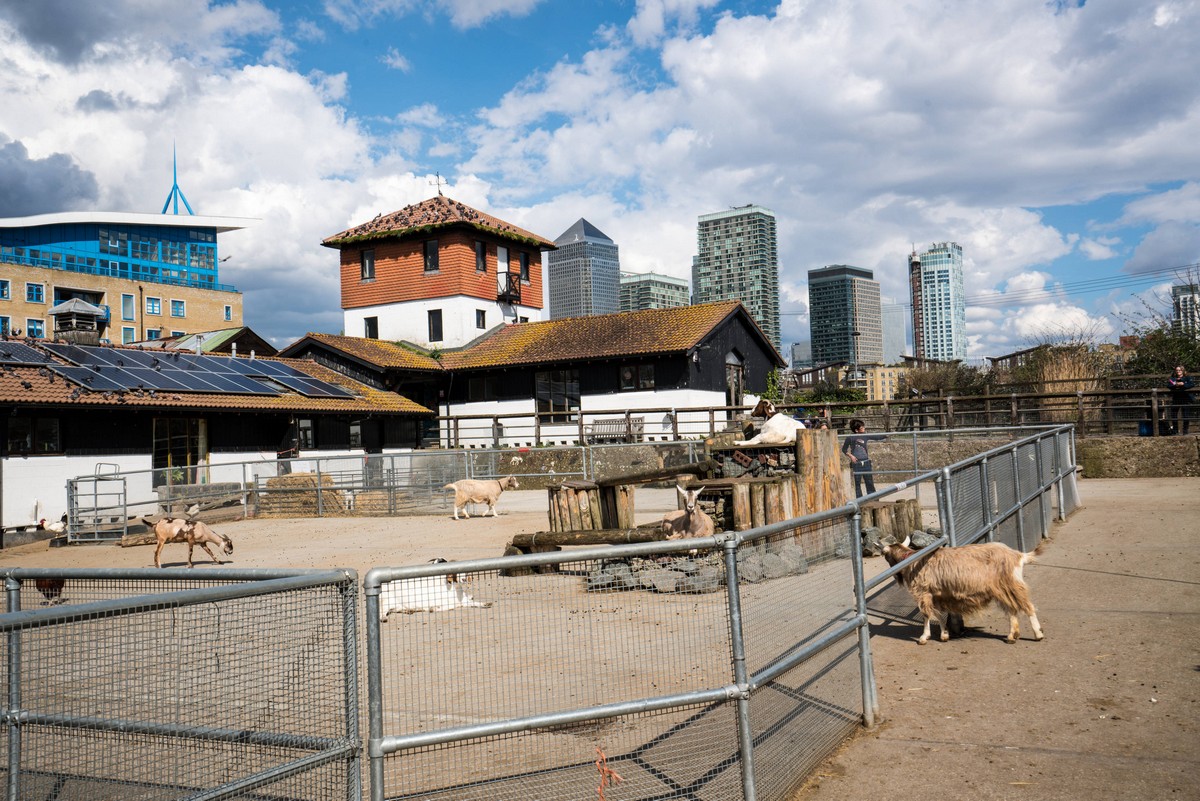 From the Jubilee Bridges to Putney Pier.

Like the previous leg – just ~12km, but we had to cover this over two days (details – here). Basically, we didn’t come prepared for the British weather, even though everyone knows it rains often here ). You really needed Wellington boots too, as some of the path was flooded. Still managed to catch some great views all around though: 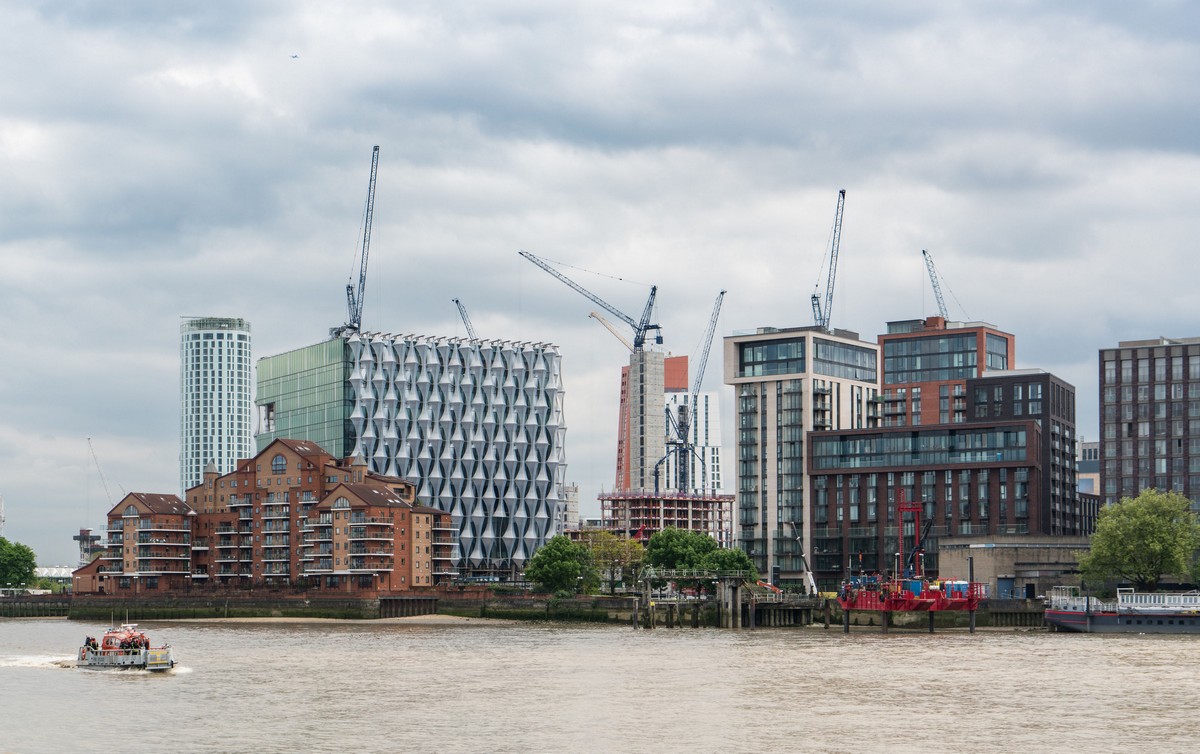 Here’s our route for this leg: 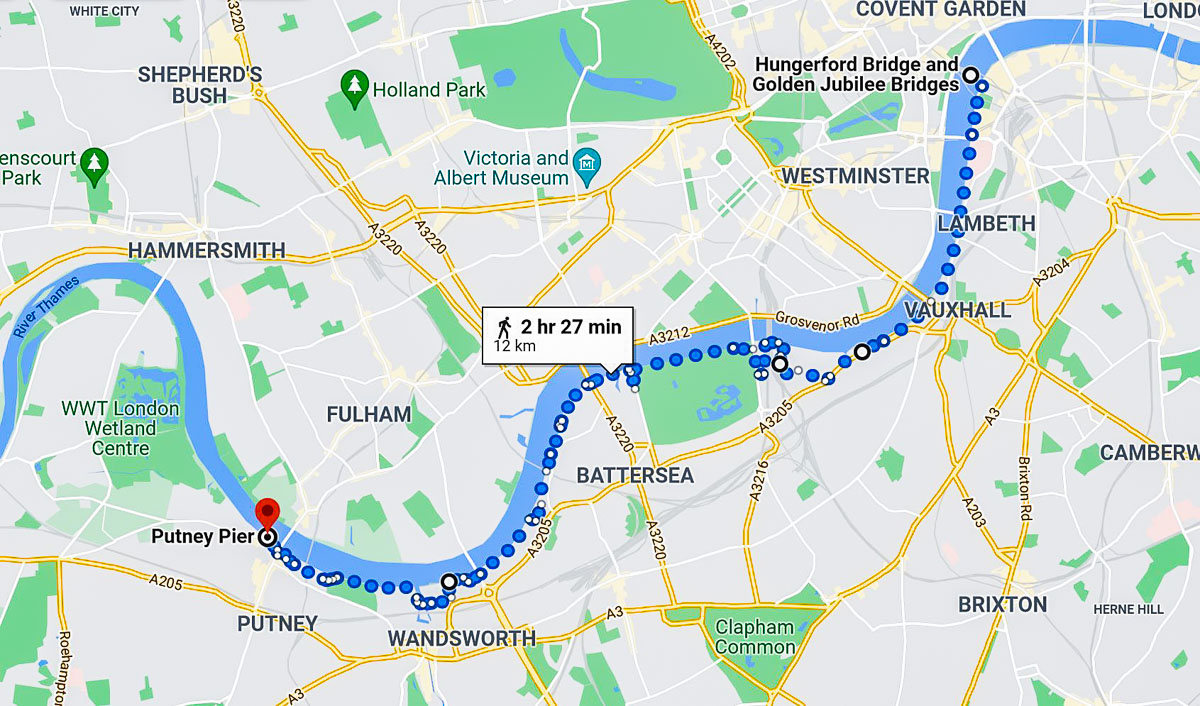 Btw: you can get back to central London from Putney Pier on a riverboat (pics only, Russian text). Highly recommended.

This is the segment of the Thames Path I’d call ‘London as you’ve never seen it’; I’d certainly never seen it, or imagined it. Walk-report – here. Briefly -> 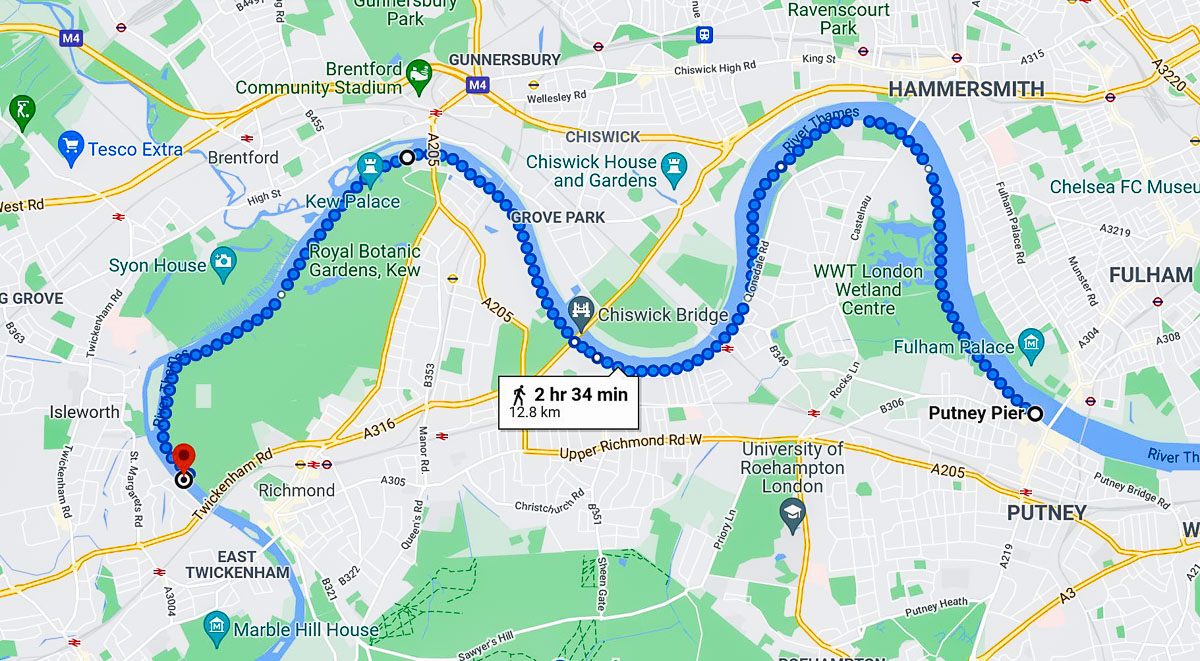 Richmond Lock to Hampton Court. This stretch took two attempts too. The first time (in 2018), we got lost! The second time – earlier this year – we didn’t get lost, but we did get wet: that darn British weather again. Still – we covered as much of the route as we’d planned, so well done us; plus – bonus: we ended our walk… in the pub!

Note: so you don’t make the same mistake as us if you’re ever Thames Pathing yourself: at Kingston you need to cross the river over the bridge; otherwise you end up in some suburbs, which, though rather upmarket and nice to look at, take you off-course – away from the Path ).

A bit further down from Richmond-upon-Thames – Kingston-upon-Thames, which, btw, was where they set off from on the boating vacation in Three Men in a Boat ). 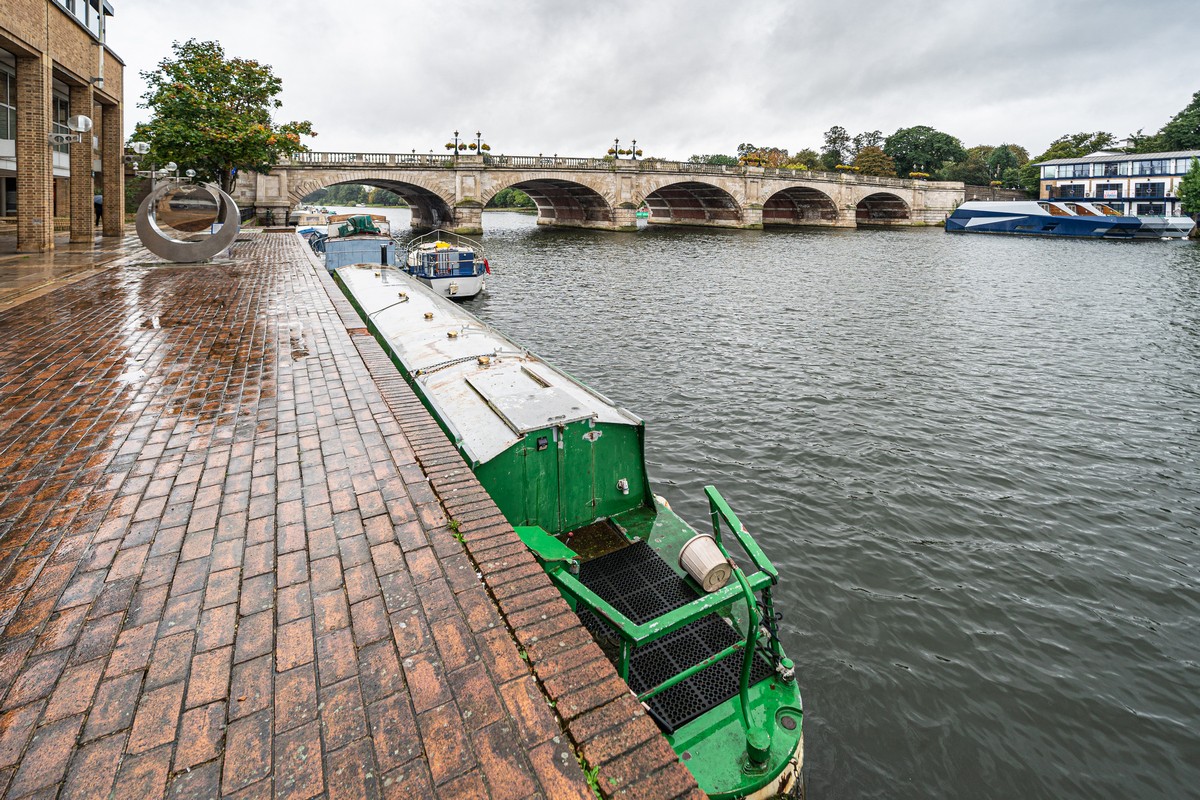 In my book On my blog, one’s Thames Pathing should end here for this stretch – by Hampton Court Palace in East Molesey. Why? Because further it’s all about expansive parks, from where the tired tourist has trouble extricating him/herself from. So, if you’ve any energy left, I think it’s best to stroll the grounds of Henry VIII’s former home and then call it a day, leaving further Pathing for next time… 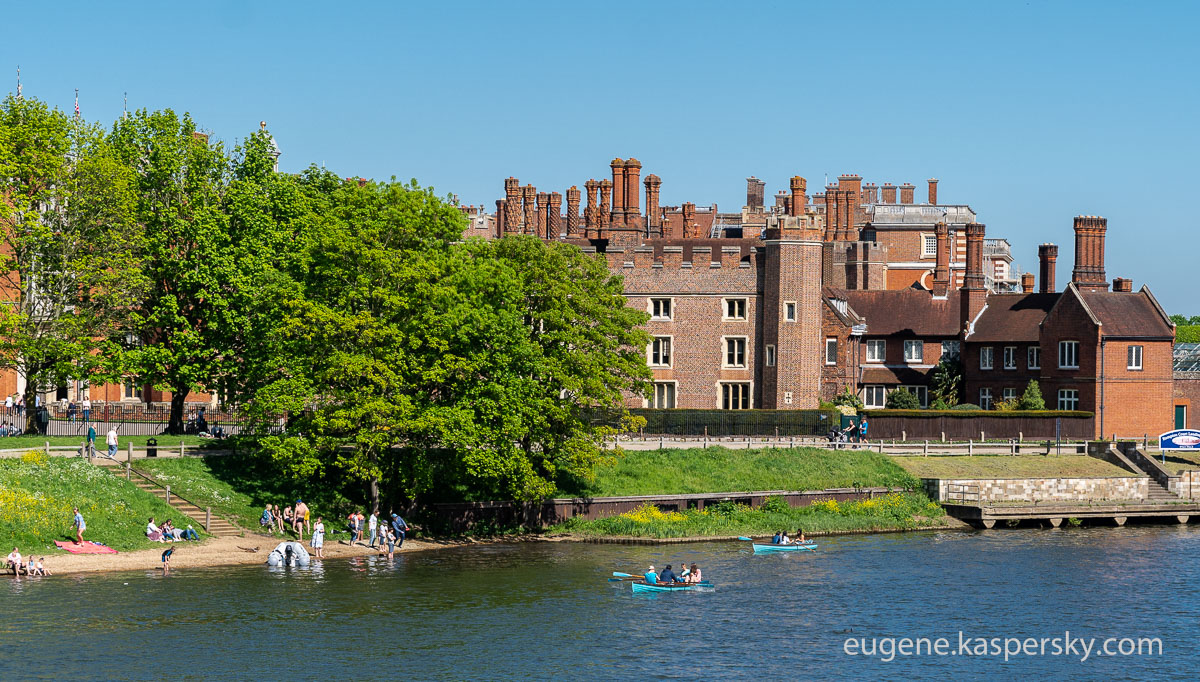 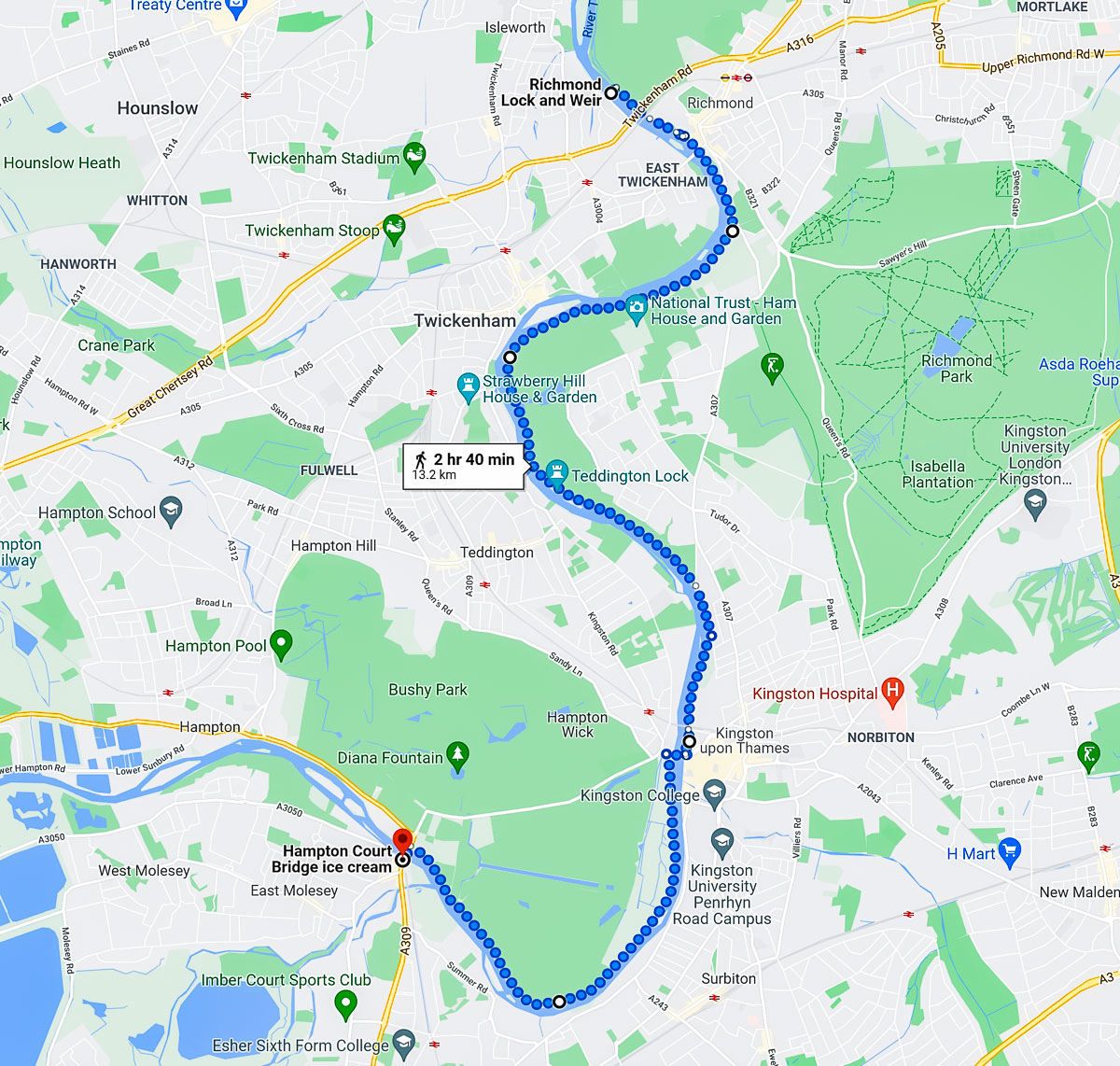