Since April 2016 I’ve been sneaking in strolls marches along the River Thames, since I’m lucky enough to visit London rather regularly on business. Not repeat marches of the same stretches of riverbank of course, but different sections – since there’s quite a lot of riverbank to be marched here. Here’s my first stretch, here’s the second, the third… so that makes this riverbank ramble my fourth already.

So what’s the attraction? Why a whopping four (and counting) visits (and saunters) already? Well, it’s mostly all down to something called the Thames Path – a neat and well-paved/tarmacked pathway that runs along the full length of the river – all ~300 kilometers of it!

Now, I’m never shy of extreme tourism, where there are precisely zero paths – plus zero civilization whatsoever, come to think of it – but when I’m short of time, and in London that’s always, I like to rely on paths to make sure our trekking is just that – straight trekking – not finding the way, losing our way, navigating tricky unforeseen obstacles and so on. Make sense? Alrighty. Just had to explain that in case you think I’m going soft :).

I’ll leave the map (marked with the sections of the path I’ve covered to date) till the end of this post. Must maintain curiosity, and you need to see the pics before that, anyway!

We start our walk today where we finished up last time: at Putney Pier, to the west of central London.

By bizarre coincidence, it was a full moon this time – just like last time – so the river was high. However, this time – unlike last – we managed to get past the flooding areas before they became impassable.

Oops. With hindsight, not the best place to park up. And I wasn’t the only one taking pics of this!

Putney Pier, boats, yachts… and it seems that it’s here where London ‘city’ ends. From here on the surrounding landscapes are completely different: much more resembling English ‘countryside’ a la Constable (kinda). I mean, just 100 meters back it was still urban sprawl, pubs and civilization. Here, much simpler and more natural…

Nice imperial/colonial feel to this here building. It says ‘Furniture Depository’ on it. Turns out to be Harrods’s old warehouse. Now luxury apartments flats.

A path for divers and mermaids? Actually no, it’s just that the water level’s excessively high today. 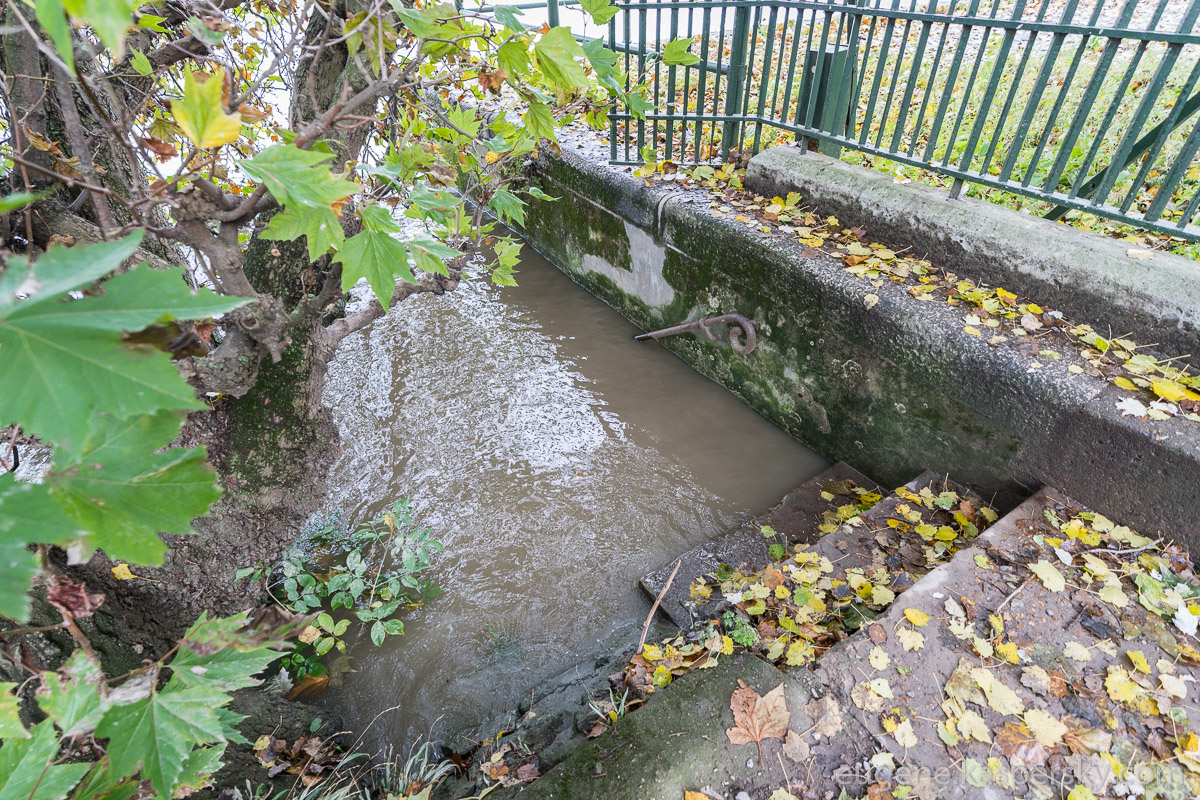 Hammersmith Bridge in the Borough of Hammersmith and Fulham. No sleep till here, then? Hmmm.

Those planes are heading for Heathrow to the west of London. They fly overhead practically non-stop. But, then, I guess that’s to be expected.

Onward we march, snapping away at the surroundings – and its curiosities. For example, here’s a park bench in memory of a couple who ‘did so much to create the Thames Path’. Well here’s to you, Mr. and Mrs. Sharp. I, for one, am very grateful for your efforts. Thank you very much! 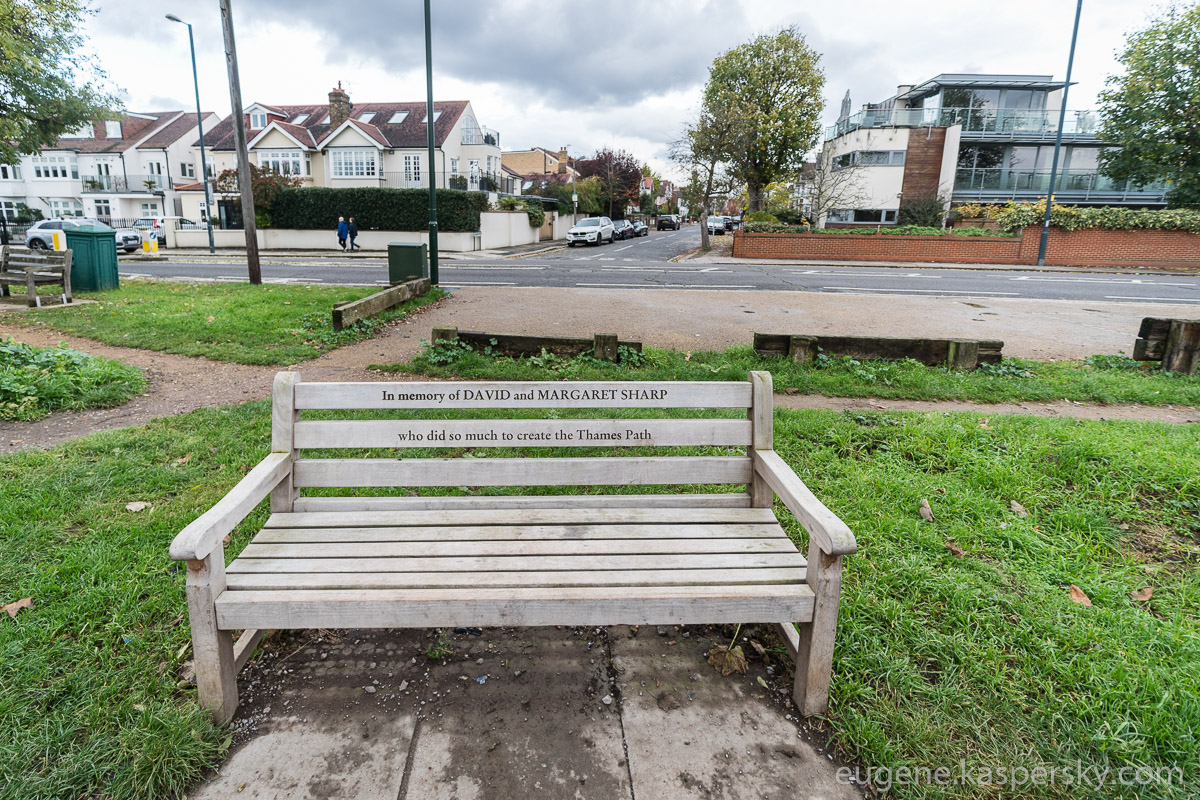 I wrote just above that we were snapping curiosities? Well, get a load a dis: 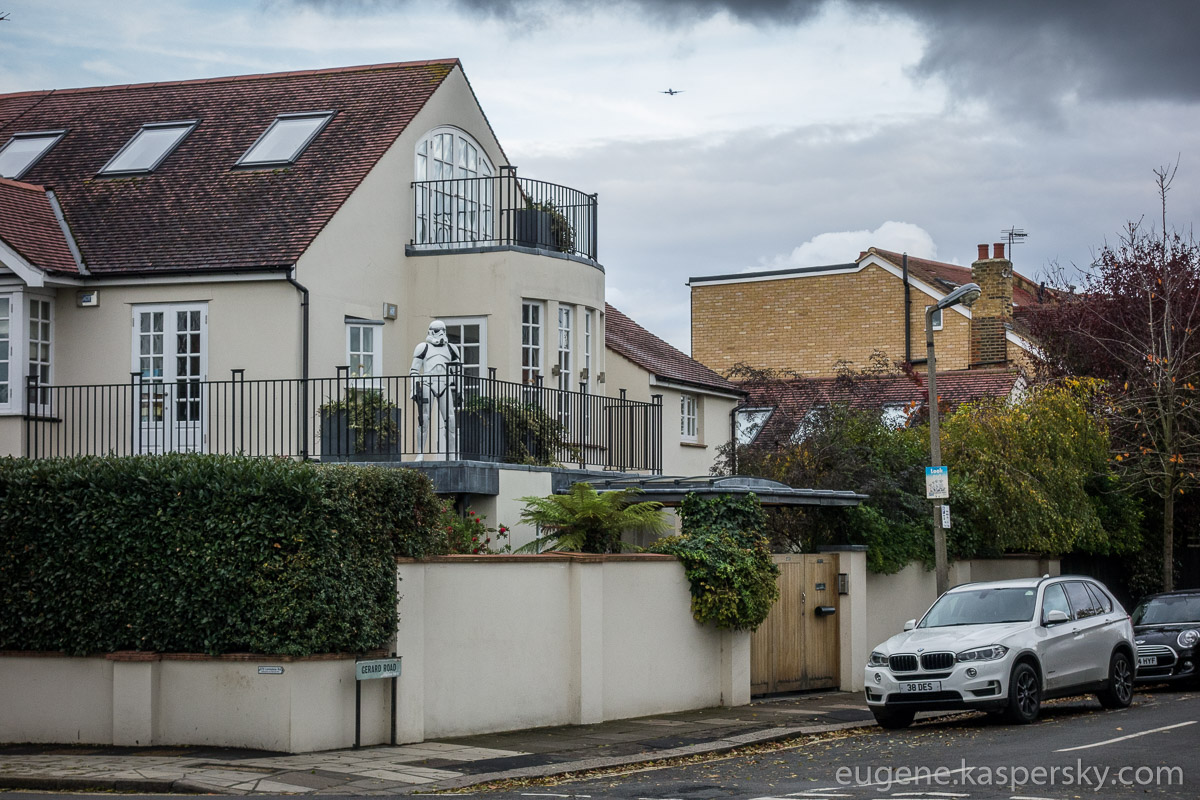 From about this point onward the surroundings become full-on classic-quaint picturesque English semi-countryside: 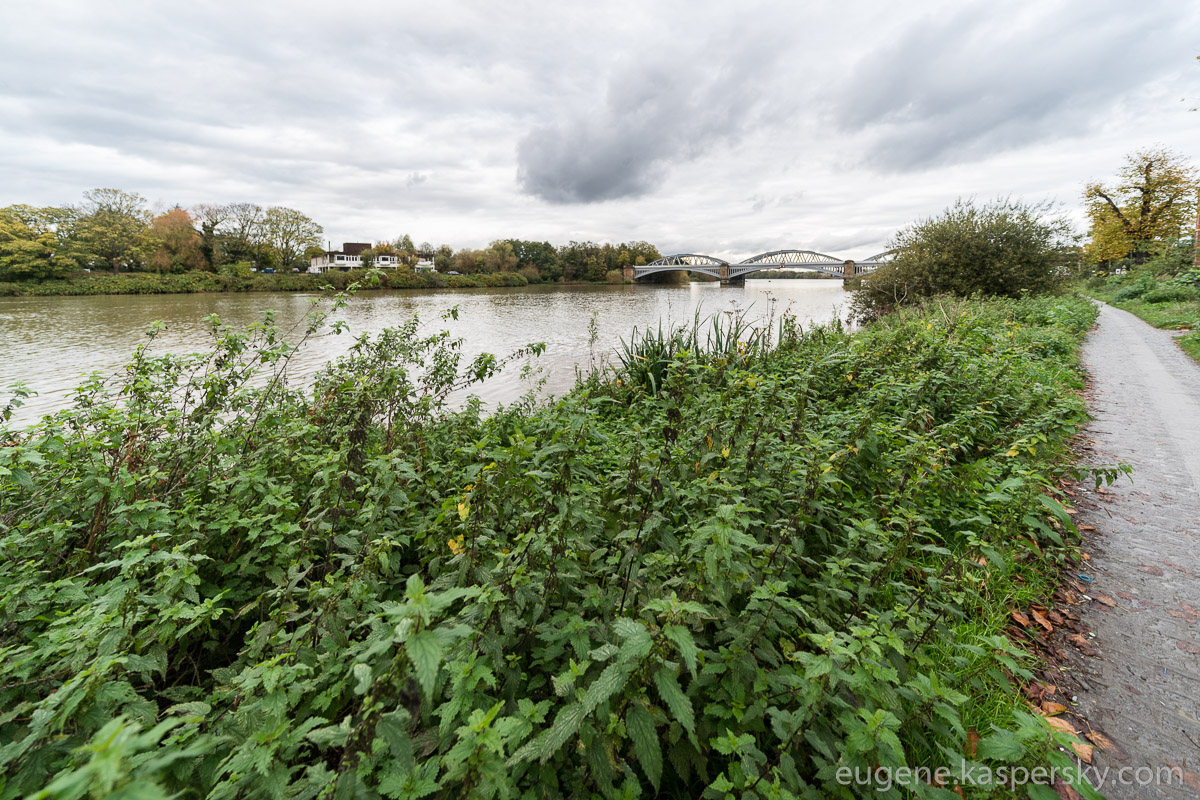 But even in the countryside, there’s no getting away from pubs! 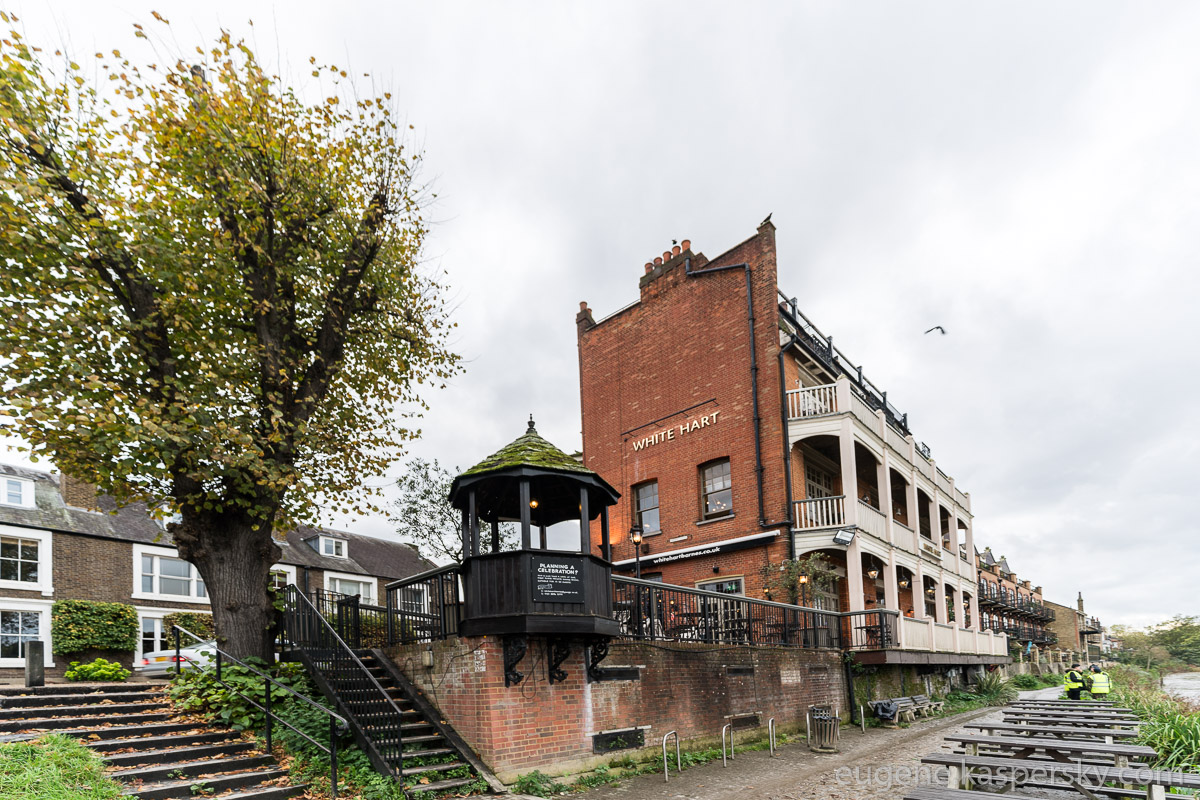 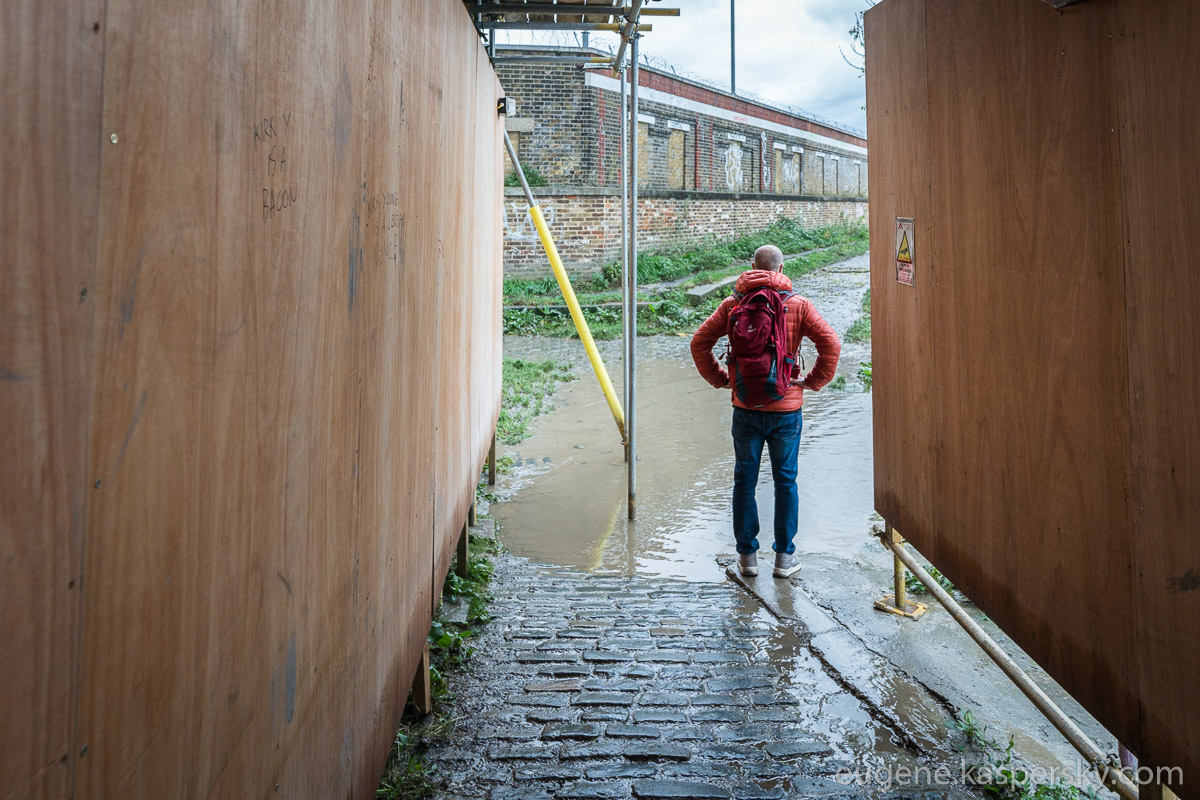 Well, I did tell him to don his sensible walking boots! 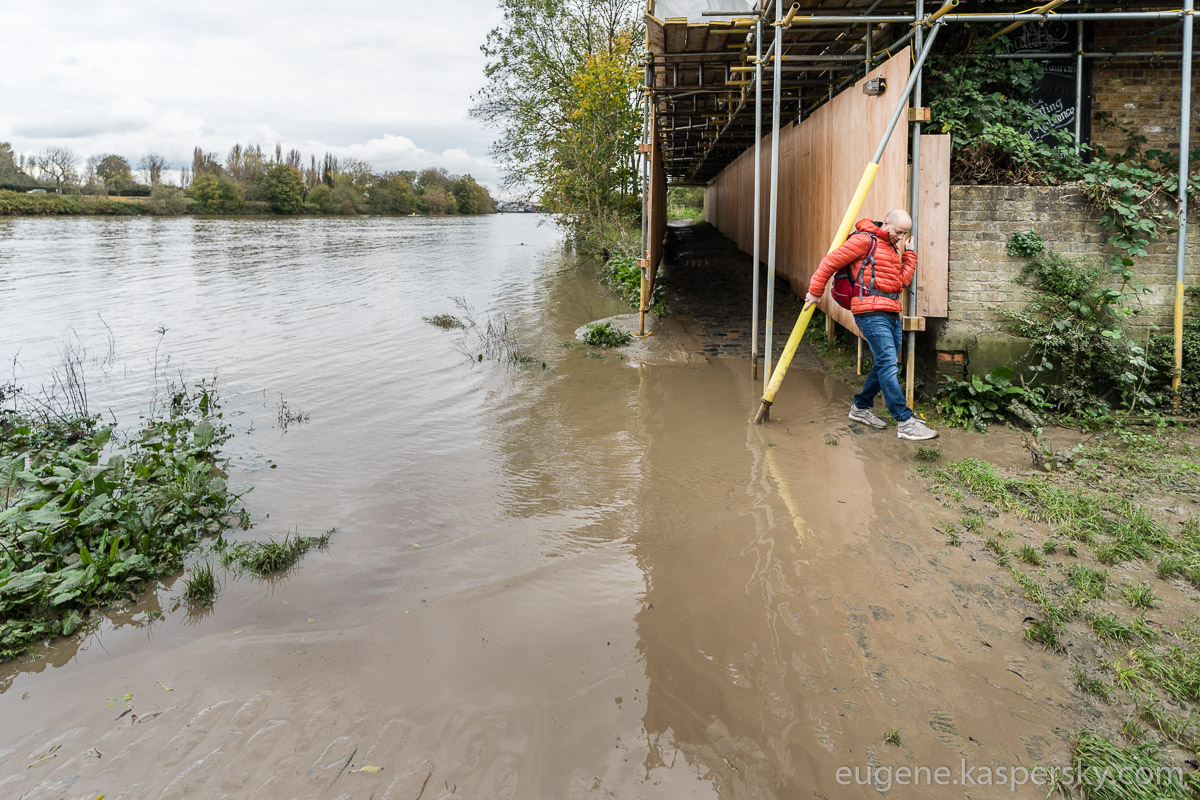 Aha. We reach Richmond upon Thames. 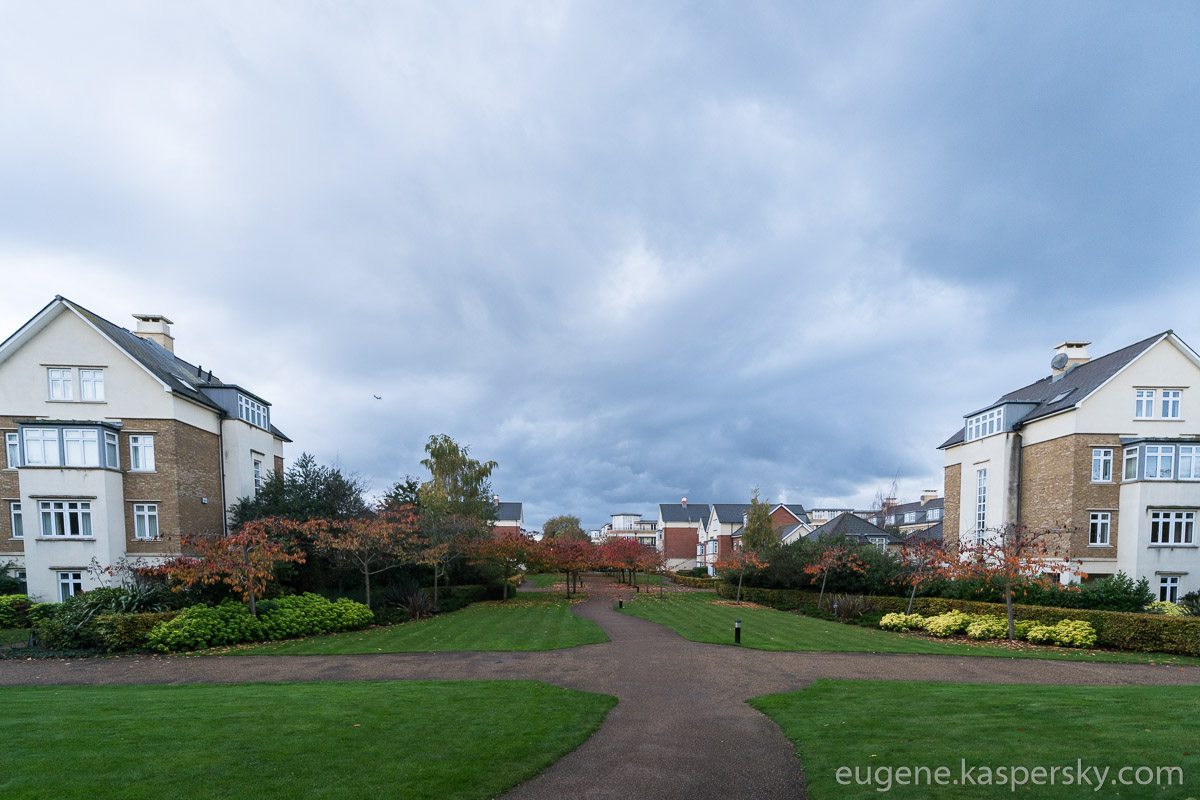 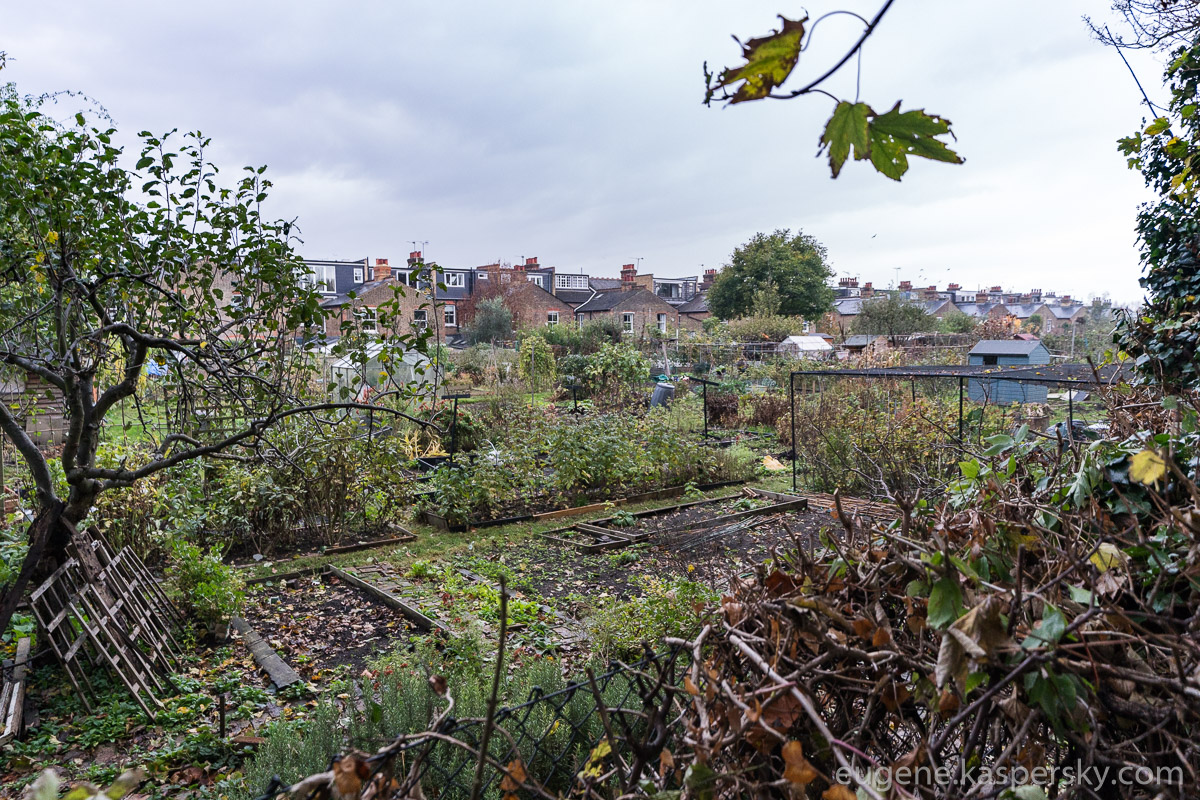 Next up – another bridge across the Thames, plus one of the many islands thereon: 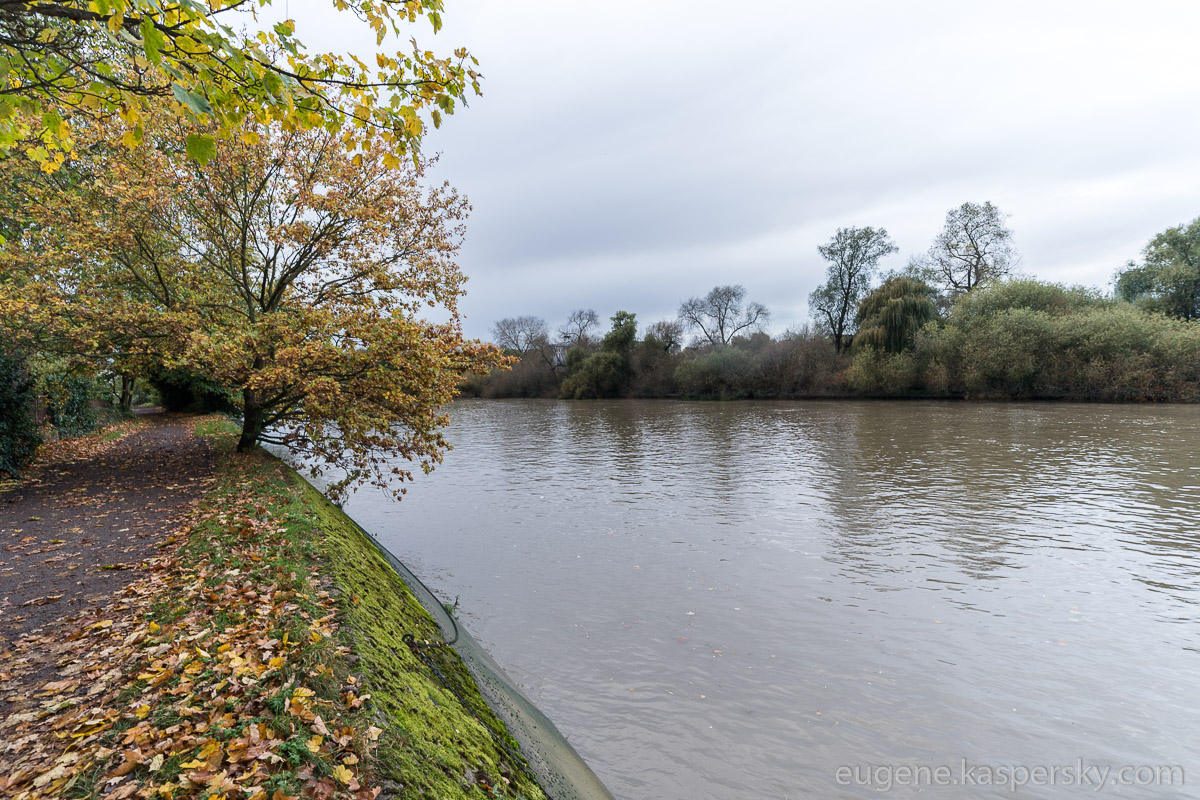 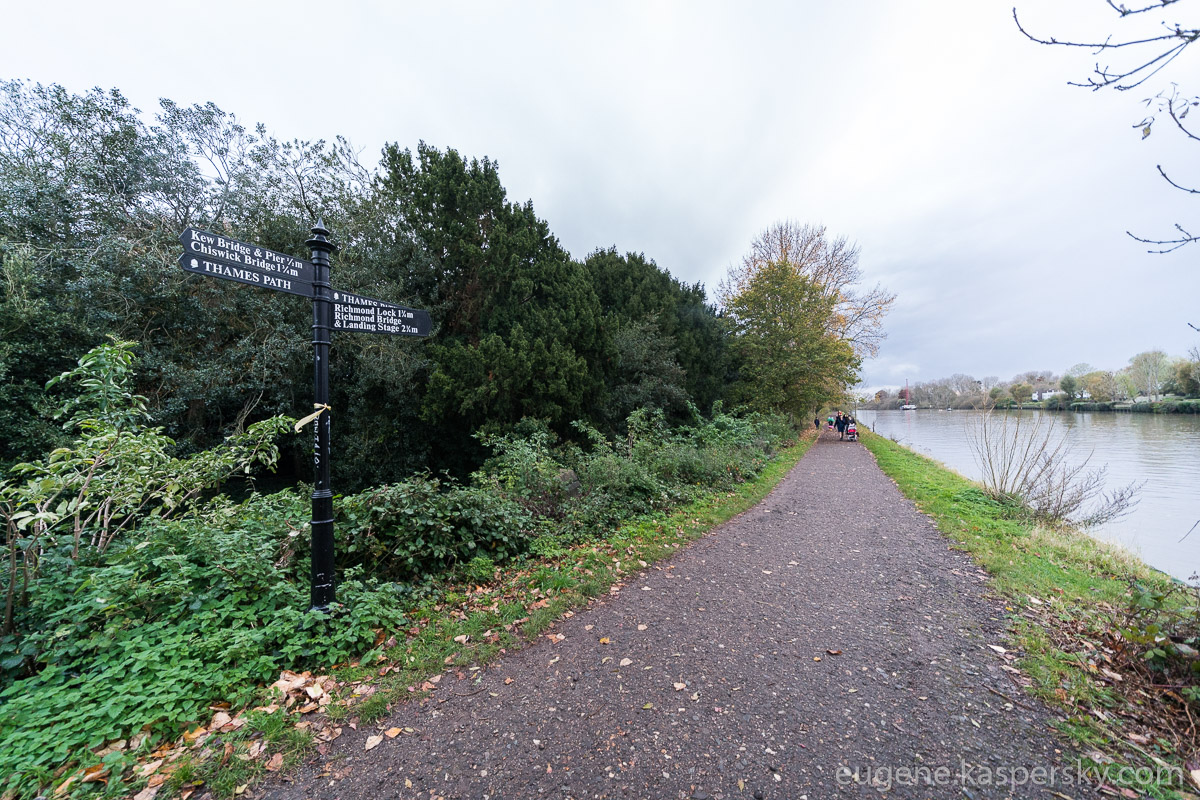 Meanwhile the river becomes narrower and narrower, and its banks and bends become more and more natural:

We even got a nice sunset in:

And now, as promised, the topographical bit:

Earlier sections were as follows: 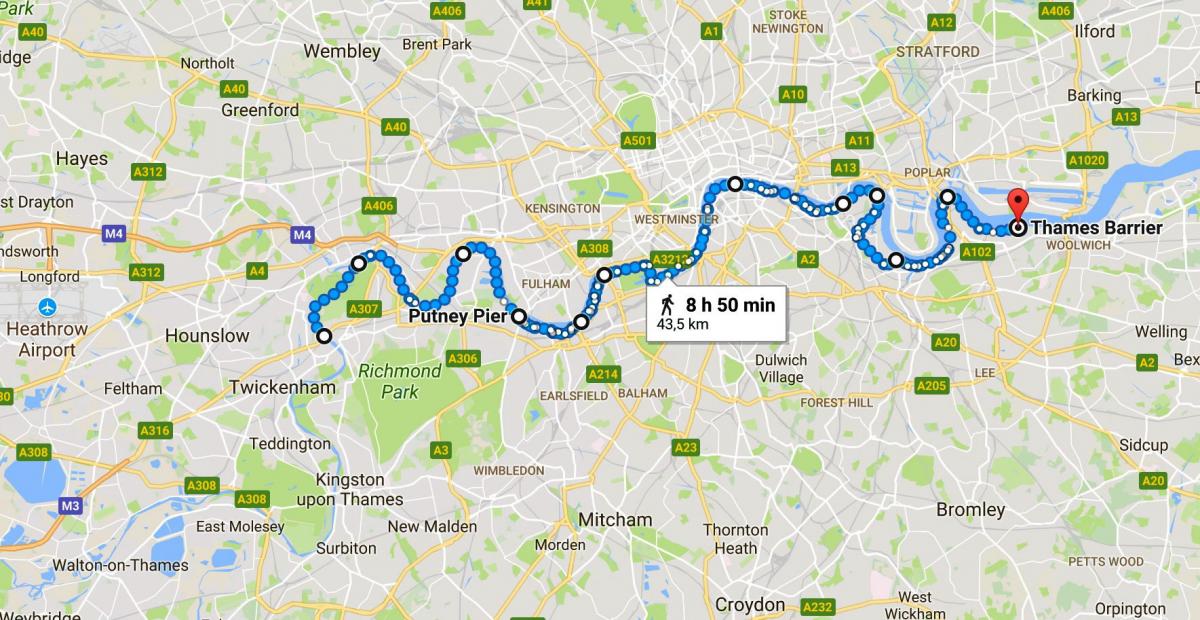 Not bad at all. Big pat on our backs.

That’s all folks from London. Have a nice weekend! And see you all on Monday…