After inspecting Bezymianny, and had our nerves pushed to the limit by a near-miss violent mudflow, it was time for us to head in the direction of Tolbachik volcano…

After eight kilometers of trekking we came to our first rest-stop, which happened to be on the (Kamchatkan) Field of Mars (not to be confused with another Field of Mars, in St. Petersburg). This Field of Mars is so named for its covering of volcanic slag, and also features lava constructions of all sorts of bizarre random shapes, plus (bonus!) a distinctive volcanic cone + crater: 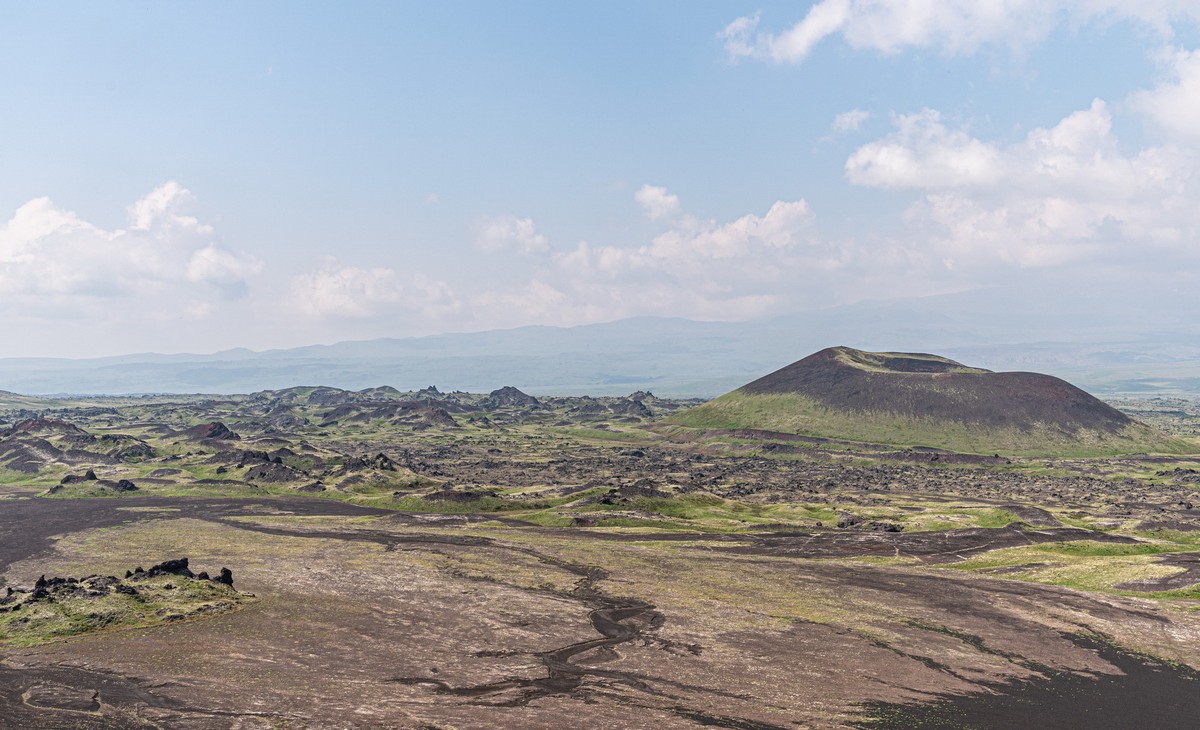 Here’s the same view, only a little wider:

Lava: Did you know it twists itself into all kinds of odd shapes as it cools while flowing farther and farther from its source? Now you do! ->

Add to said odd shapes and forms a stunning sunset, and the picture becomes a fantastically otherworldly – Martian – one! -> 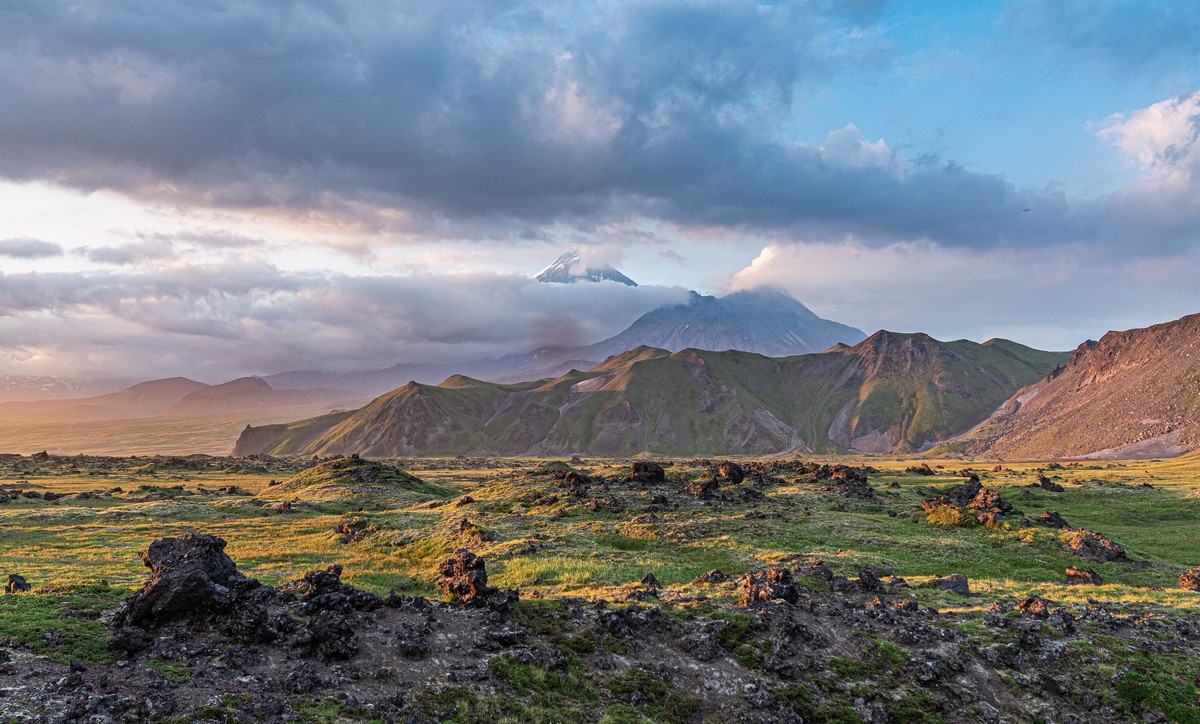 The panoramic views are so magical, you find yourself staring at them – entranced – losing track of time… 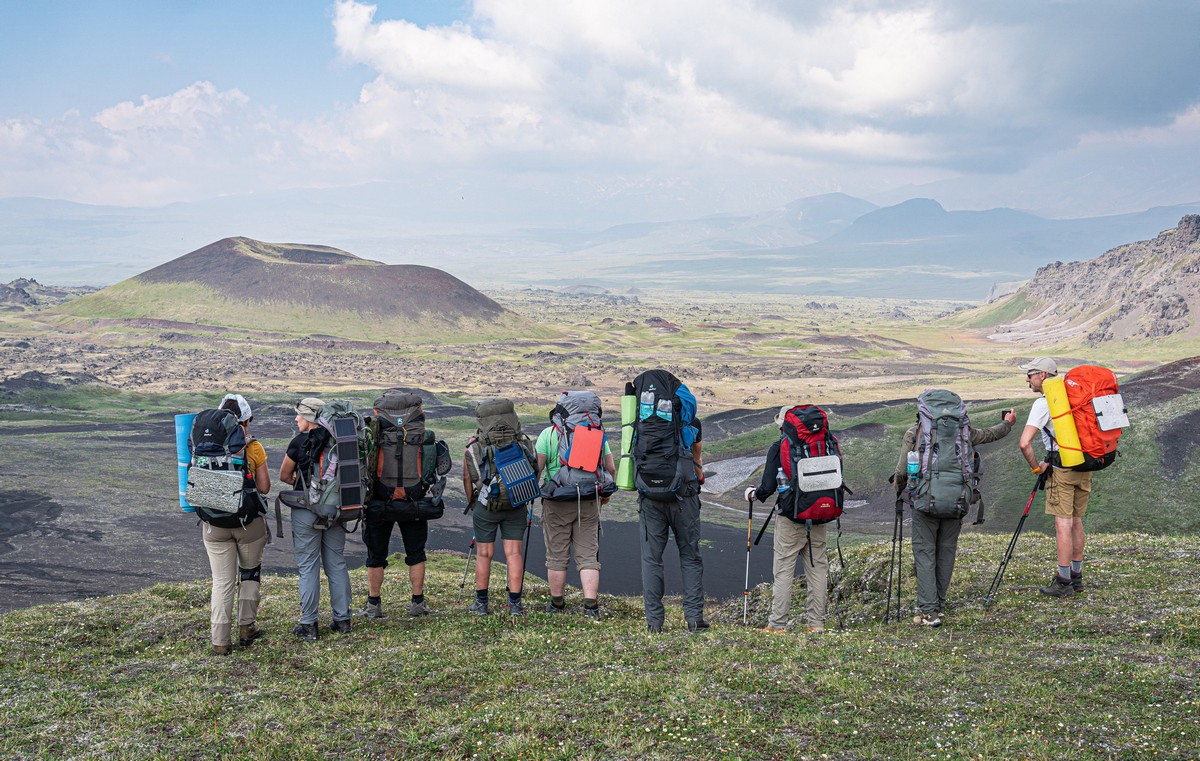 A while later, and we were setting up camp. Unlike at the Klyuchevsky group and Bezymianny, where we were the only folks to be seen in the vast vicinity, here things were pretty crowded. ‘Pretty crowded’, that is – for Kamchatka, meaning there were a full… two or three other groups of adventure-camping tourists there with us. Still, that’s two or three groups more than last time we were here – in 2010. 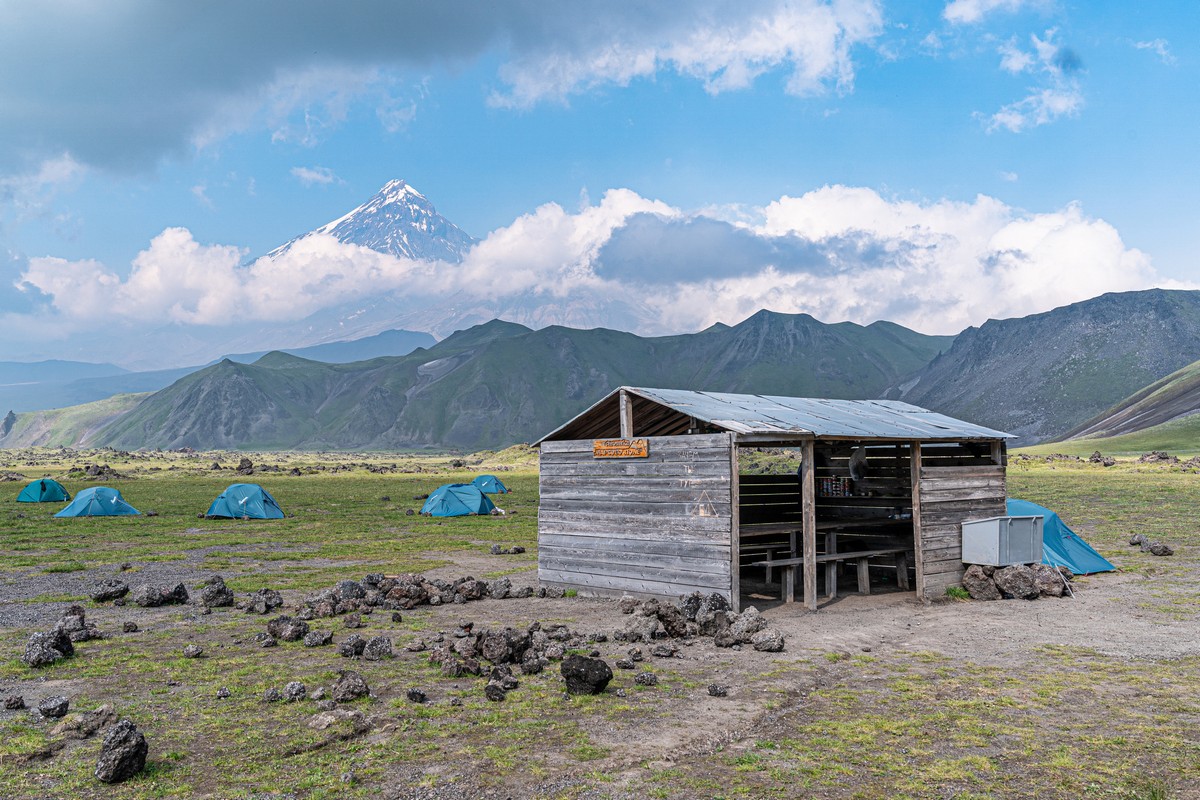 Indeed, tourism in Kamchatka is fast on the rise. One of the posse noted how, if the increase continues at such a pace, soon it’ll be as crowded here as in Altai. Not good news, for it means you won’t be able to take photos without other tourists featuring therein!

As tourism grows, so too must the tourism infrastructure. Thus, now you get little cabins (photos only; Russian text) to add to your ‘where to stay’ options (which is of course the traditional ‘in tents you bring with you’:). I wonder how far things will go, and how quickly? And I wonder how many years it’ll be before the first Hilton? How many decades, more like…

Around 12 kilometers from our rest point on the Field of Mars, there’s another wonderful, must-see spot: Studyonaya Canyon. And if the river’s dry, you can go walkies along the canyon, admiring the geological modern kunst as you do… ->

These rock formations reminded me of those in another canyon – Antelope Canyon in Arizona, though the colors couldn’t be more different – the brightest orange and the murkiest gray!

Alas, we didn’t manage a walk down the canyon – there was a rough river running through it when we were there. Still, we did manage an inspection from up top, which was perhaps almost as cool:

What’s the best weather (or when’s the best time of year) to catch the canyon river-less? It’s a little tricky to work that out. River water in the canyon mostly comes from melting glaciers, or just regular snow and ice. So if it’s sunny, then there should be plenty of water; so best avoid the place when it’s sunny. And if it rains there’ll also be plenty of water. So, to my logical mind at least, it’s best to check out Studyonaya Canyon after several overcast (i.e., not sunny) days during which little rain actually fell. Probably then you’ll have a good chance of getting free, unhindered – safe – entry into the canyon (I couldn’t work out which time of year might be best. Anyone know? Let me know in the comments please!) -> 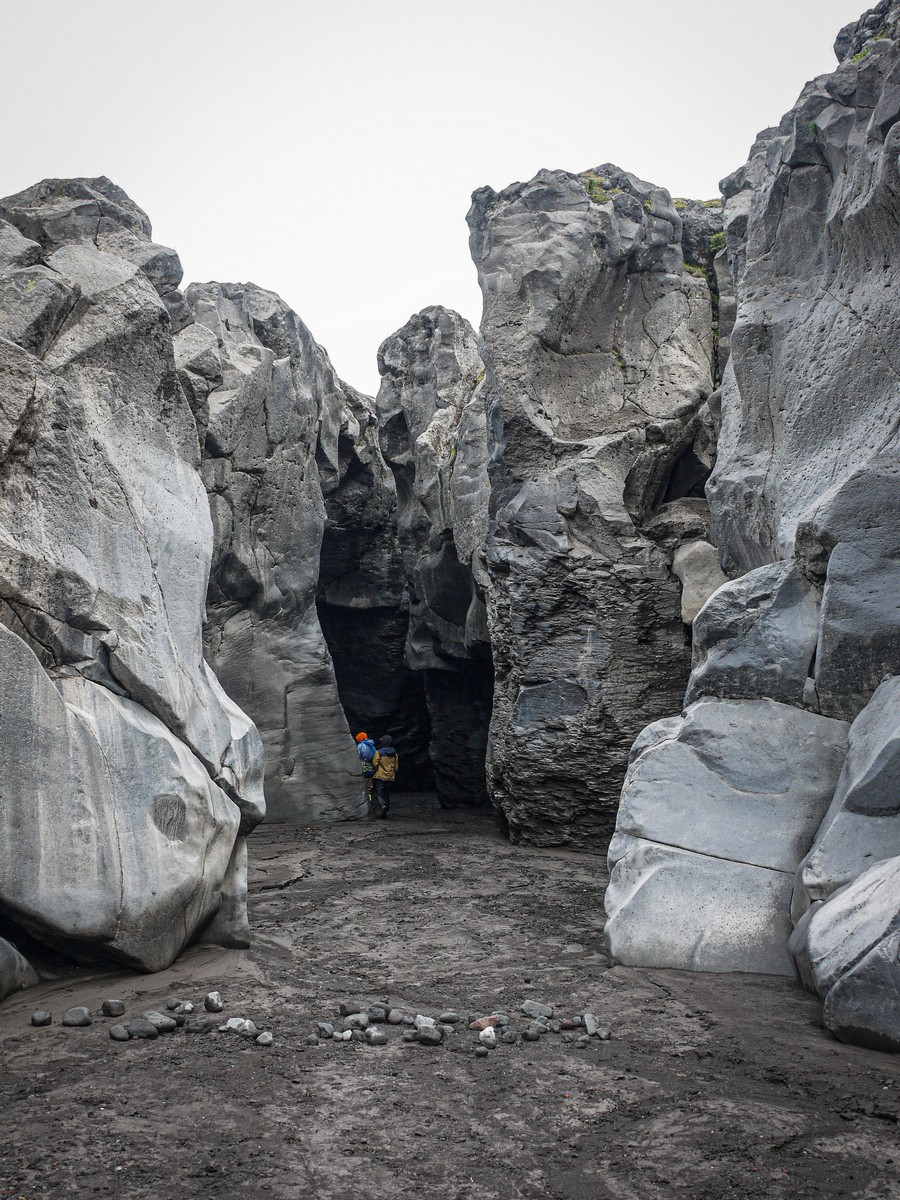 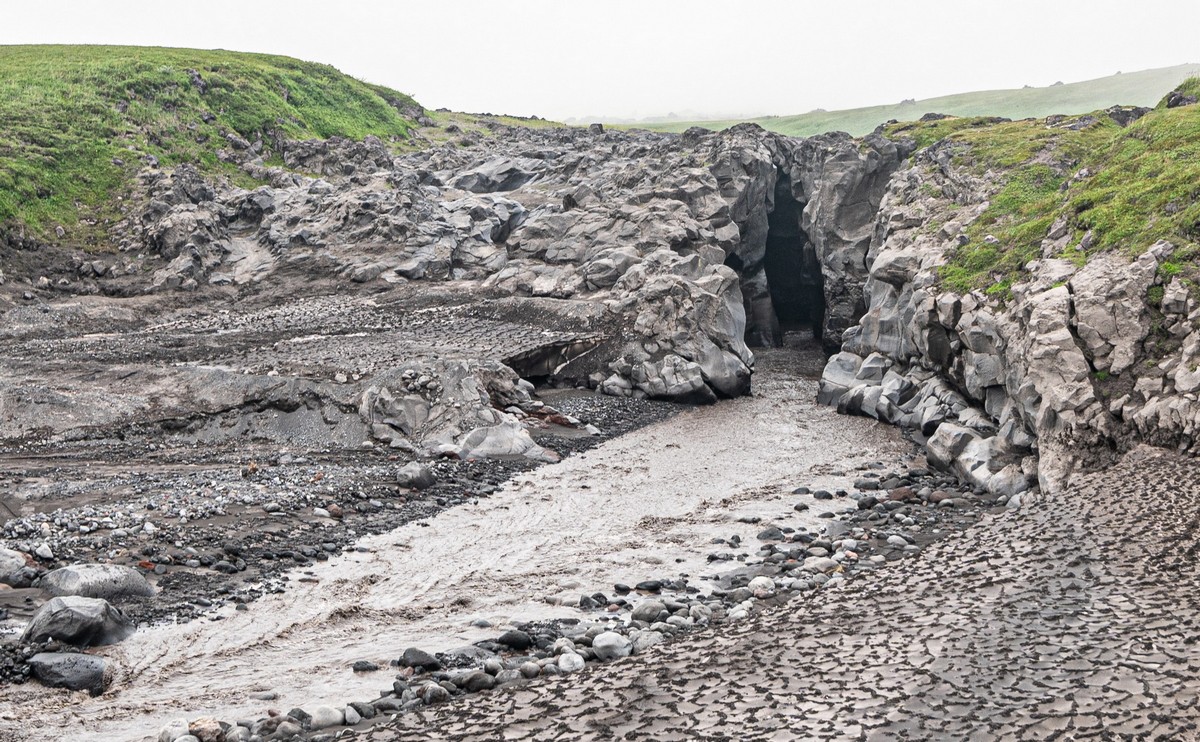 Here’s a waterfall at the beginning of the canyon on a dry day: 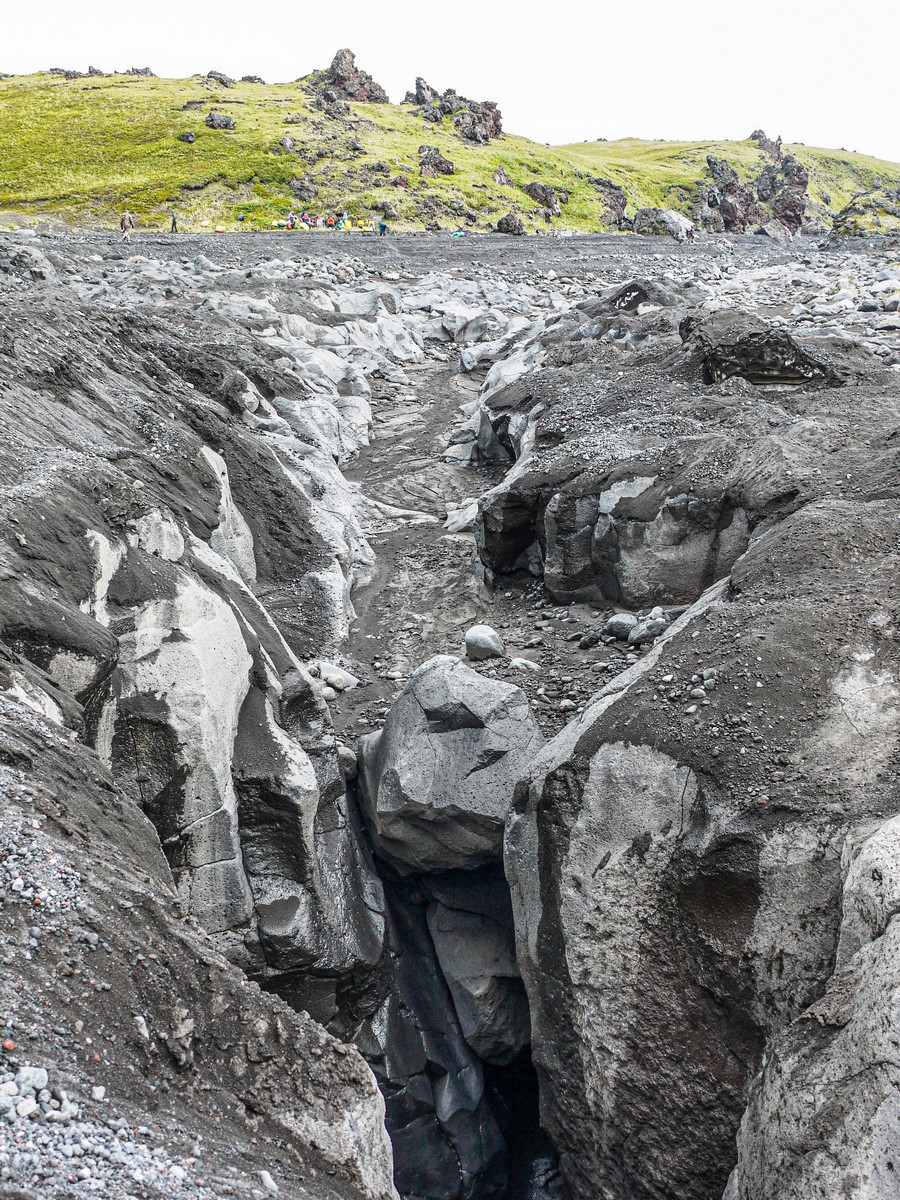 And here’s the same beginning when we were there:

But that’s Kamchatka for you to a T: off-the-scale natural beauty… – if only you get to see it! But when you do… 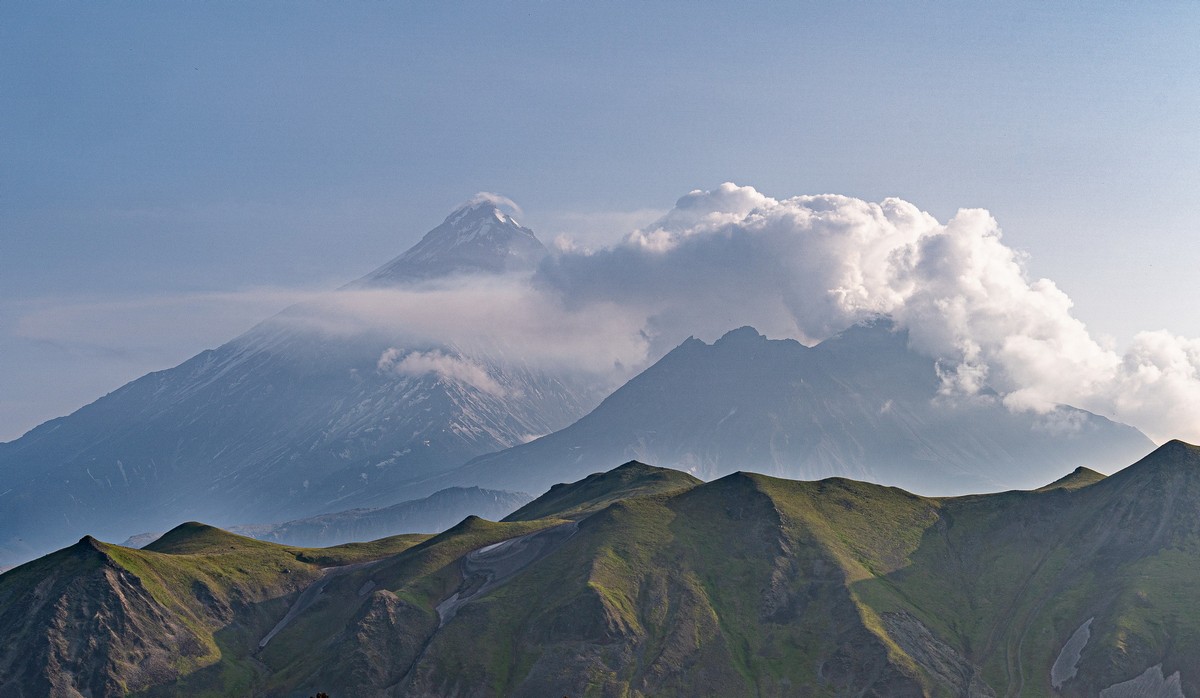 …It kinda makes up for all that you missed ). 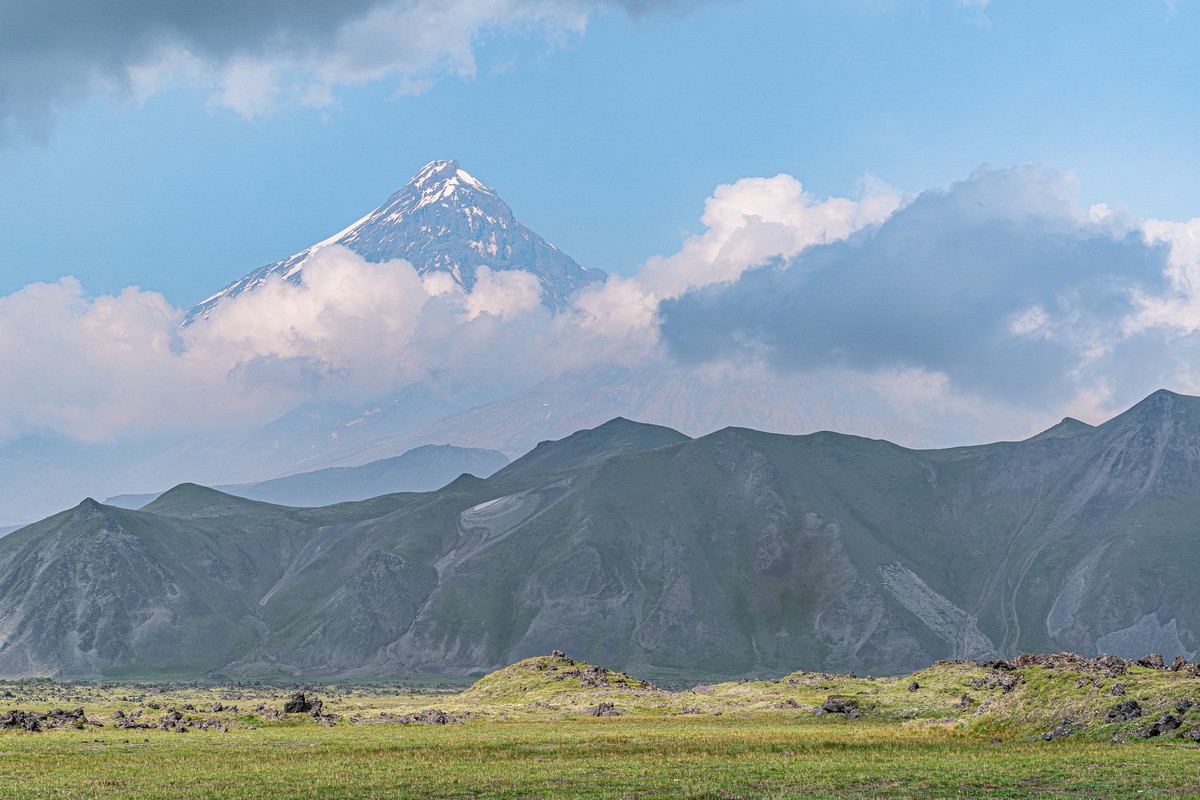 Suddenly… butterfly mosaic! And it’s been there at least since 2010. Imagine it lying there untouched for 11 years in any other tourist destination around the world you care to think of? ) -> 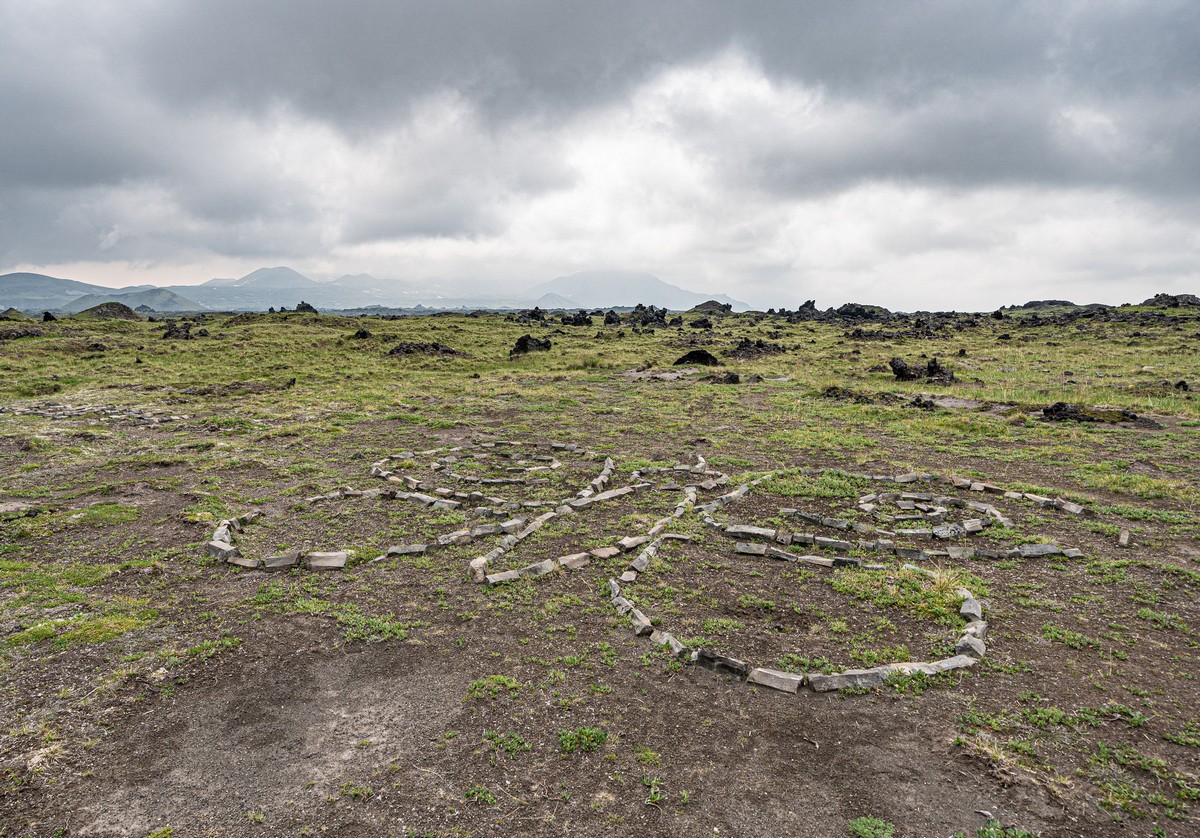 More KK (Kamchatka Kunst, dummy): ‘Um’ (‘written’ in snow). It’d take just a little more snow there atop the ‘U’ and we’d have the far more appropriate ‘Om’ -> 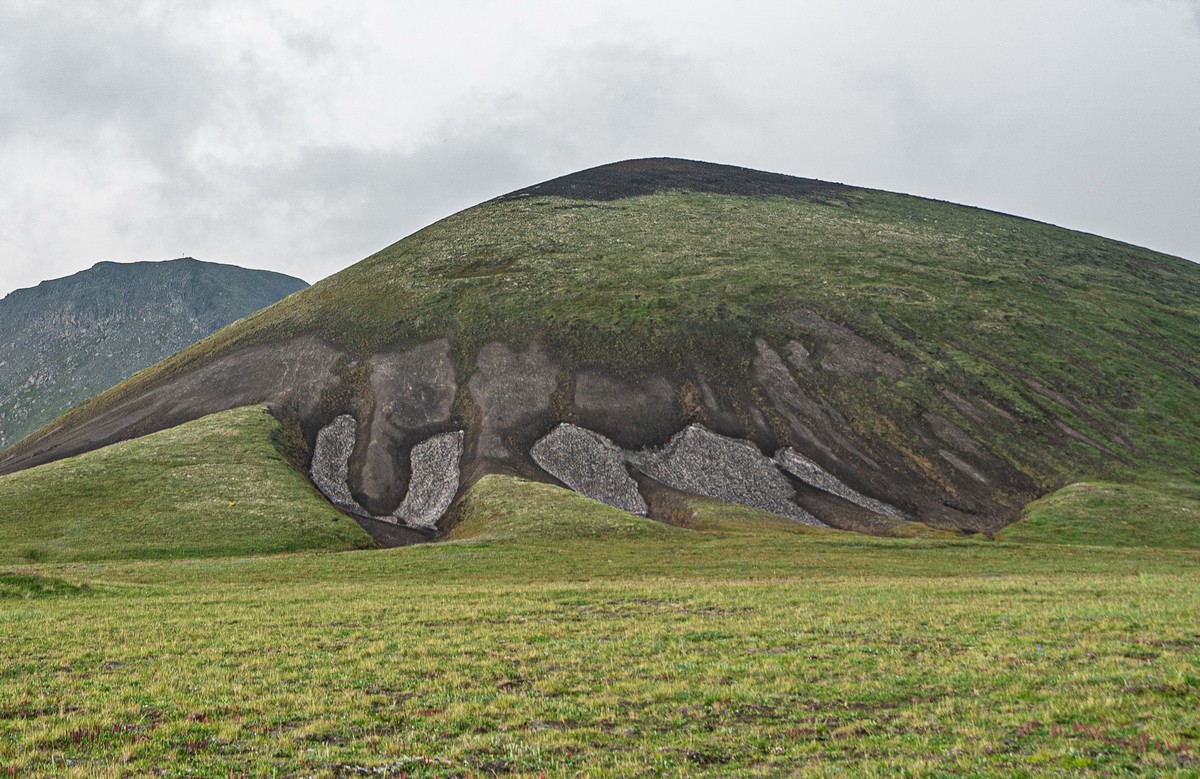 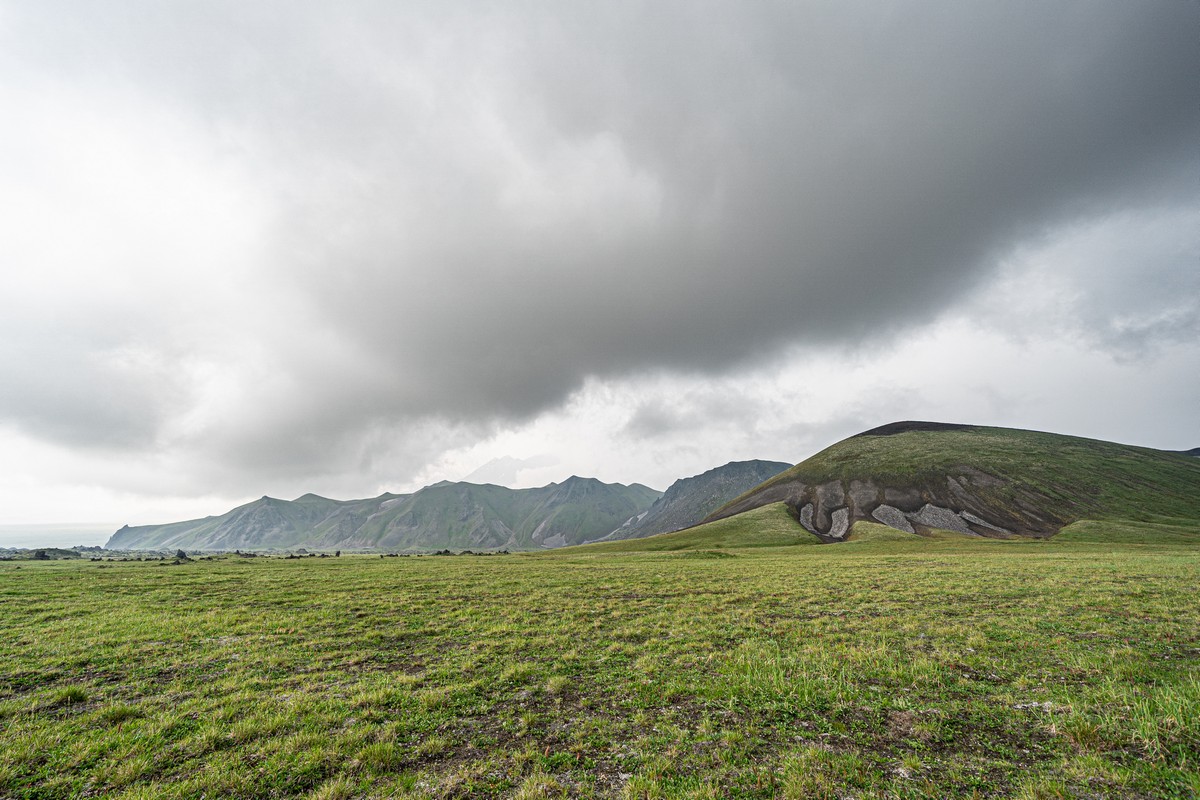