No. 8. The stone pillars of Wulingyuan, China.

More mind-blowing naturalnesses. But, they’re on this list – so of course they are. More than 3000 quartzite sandstone pillars and peaks – some reaching nearly a kilometer in height! – covering an area of nearly 370 square kilometers. Oh my god-who-created-this-magical-scene! -> 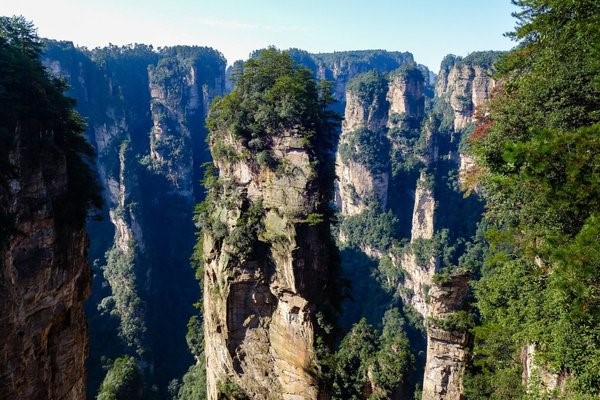 There are at least three entirely different spectacles to be viewed here. In sunny weather – you get like in the above pic. If it’s overcast it’ll probably also be foggy – like this: 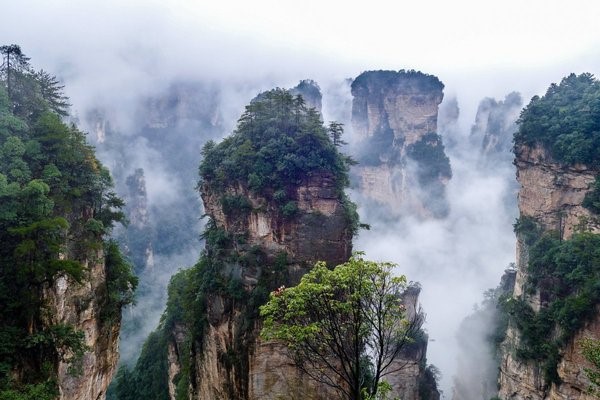 And if it’s sunny, but in the valleys foggy, then you get the most extraordinary sight: the pillars appear to emit steam! And a little like what you can get on Mount Hua (No. 7), it makes the rock formations appear to float upon the fog. Alas, we didn’t get to see this third version, so as I often say: ‘next time!’…

Take-away: you should reserve several days for these beauties. That might sound like a long time, but when you consider that viewing the full collection of peaks and columns here can take up to four days, it’s not so long after all if you plan on going for ‘tourism to the max, and/or till you drop’, as I sometimes do when the schedule permits.

Btw, the pillars floating in the fog gave James Cameron the inspiration for the Avatar set. Naturally, this claim-to-Hollywood-fame is made the most of by enterprising locals ) -> 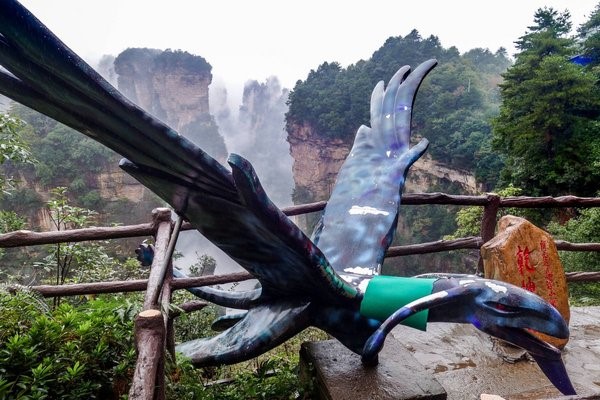 And should you be put off by all the potential peak climbing that’s on the cards should you visit here – don’t worry: the Chinese have got you covered! -> 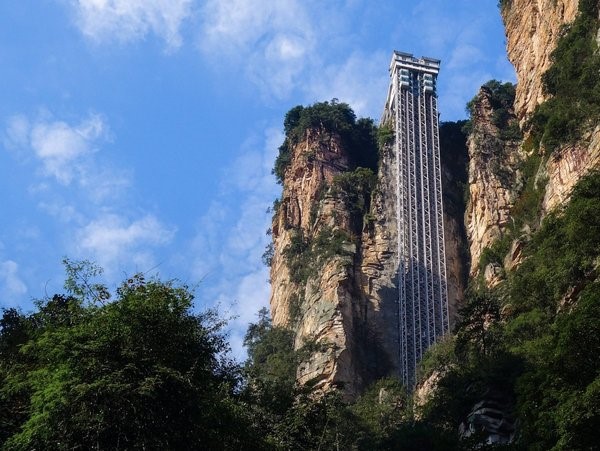 Though there are some runners-up in the stone-column category of natural beauty, it has to be said that these here in China are (i) the ultimate stone columns, and (ii) truly unique. Briefly on those runners-up: 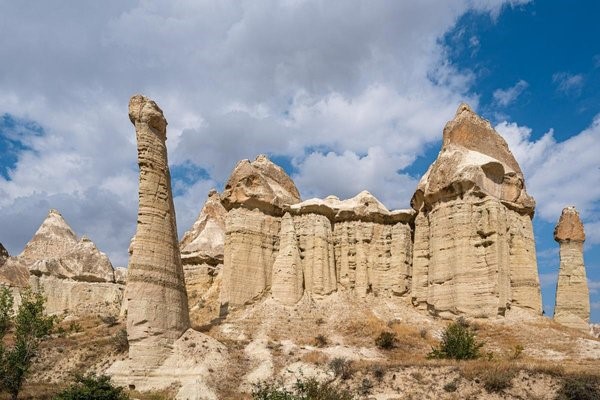 There are the rock columns of Utah: 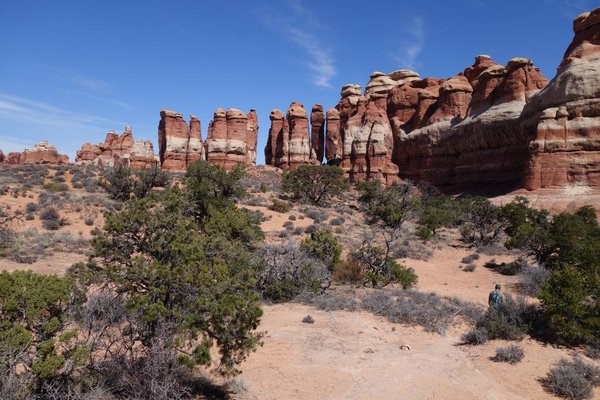 And there are Siberia’s Lena Pillars: 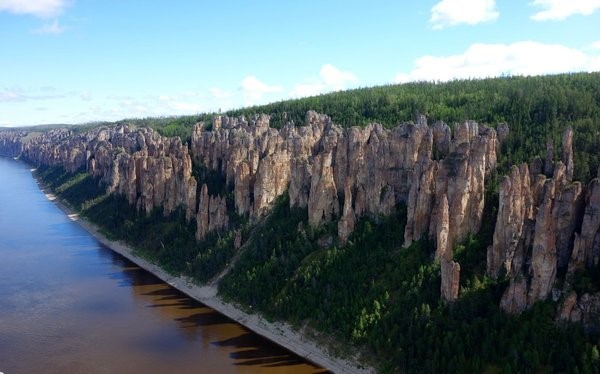 But such a colossal quantity of stone ‘fingers’ of such giant proportions – only in China. Accordingly, logically, justly, deservedly – it’s the Chinese stone fingers that make my Top-12!