At Tyungur, we were up early > breakfast > tents down > to the riverbank > into the Katun on rafts > off we pop > 25km of calm rafting until we reach today’s main attraction: several sets of rapids called the Akkemsky Proriv (in Russian), which translates as the Akkem Rush (aka the Akkem Fissure, Akkem Breach, Akkem Rupture, etc., but Rush is arguably closest to the original meaning in Russian, i.e., referring to the water itself, not the location it’s set in. Just to complicate things further, it’s also known as the Akkem Pipe – or Akkem Tube!!). 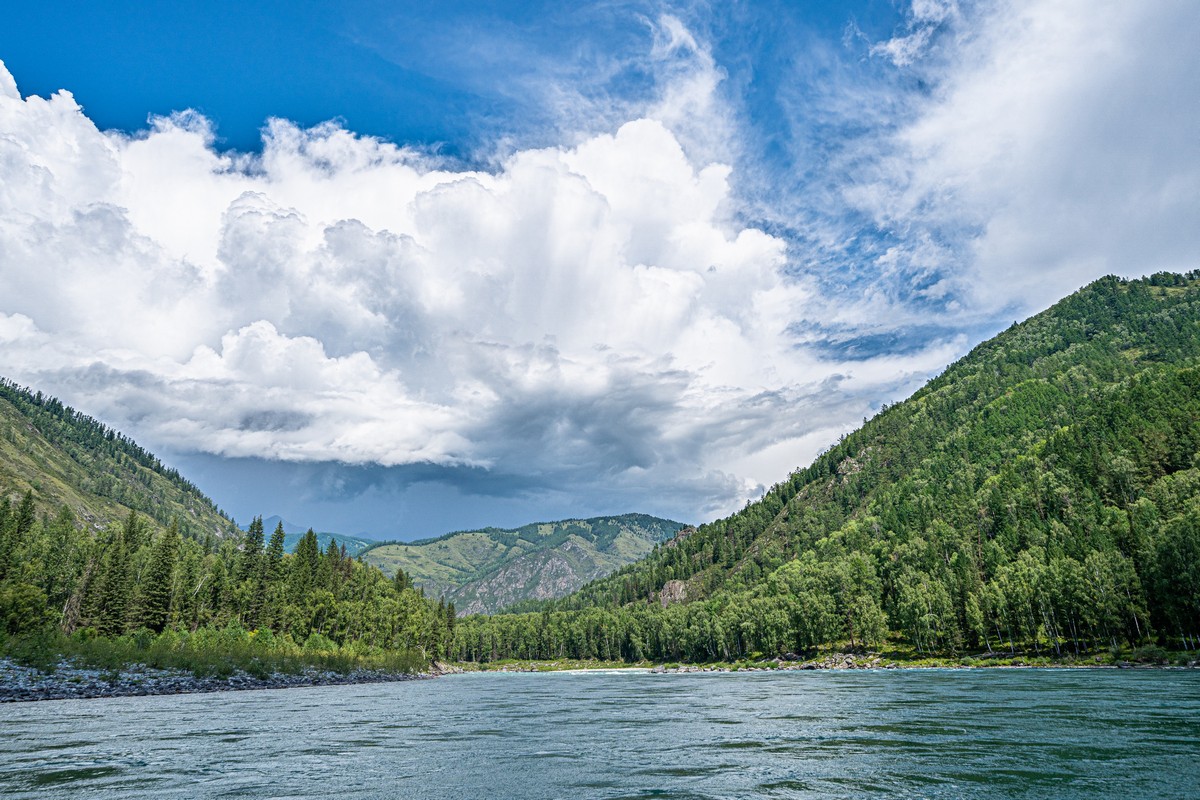 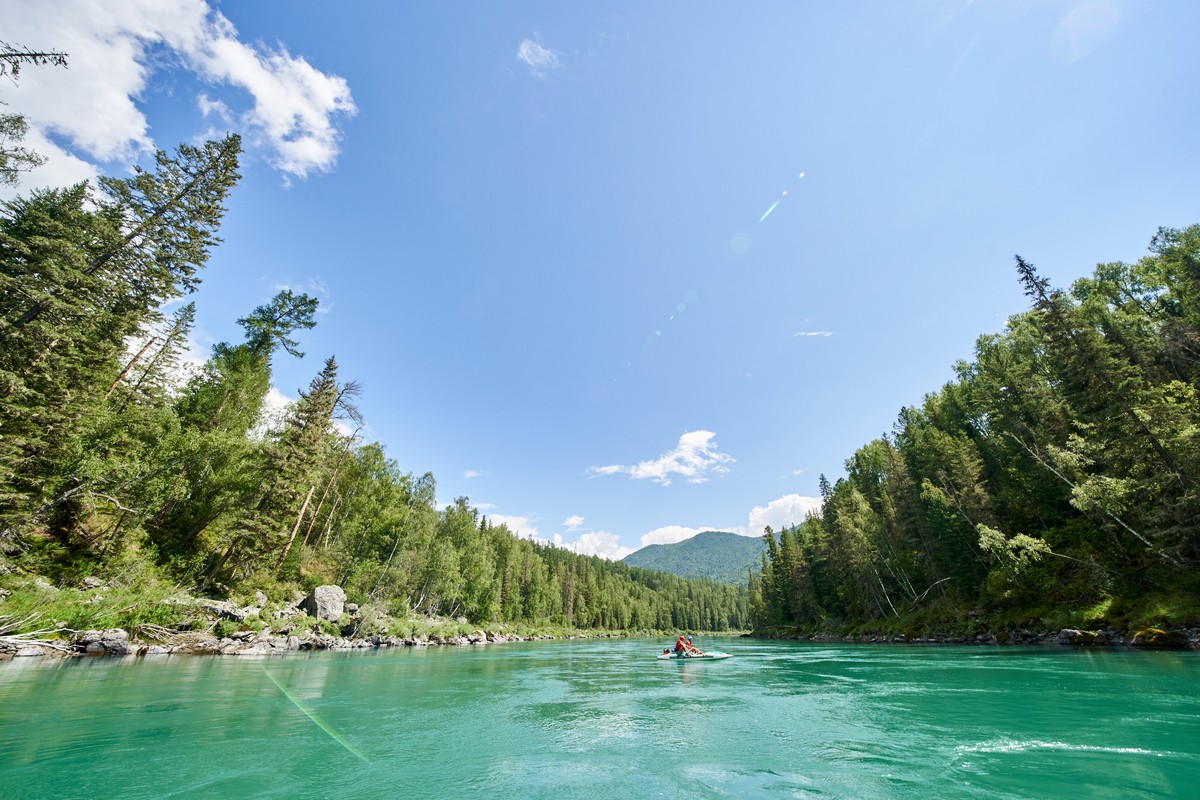 Suddenly – Sauron’s eye in the sky! 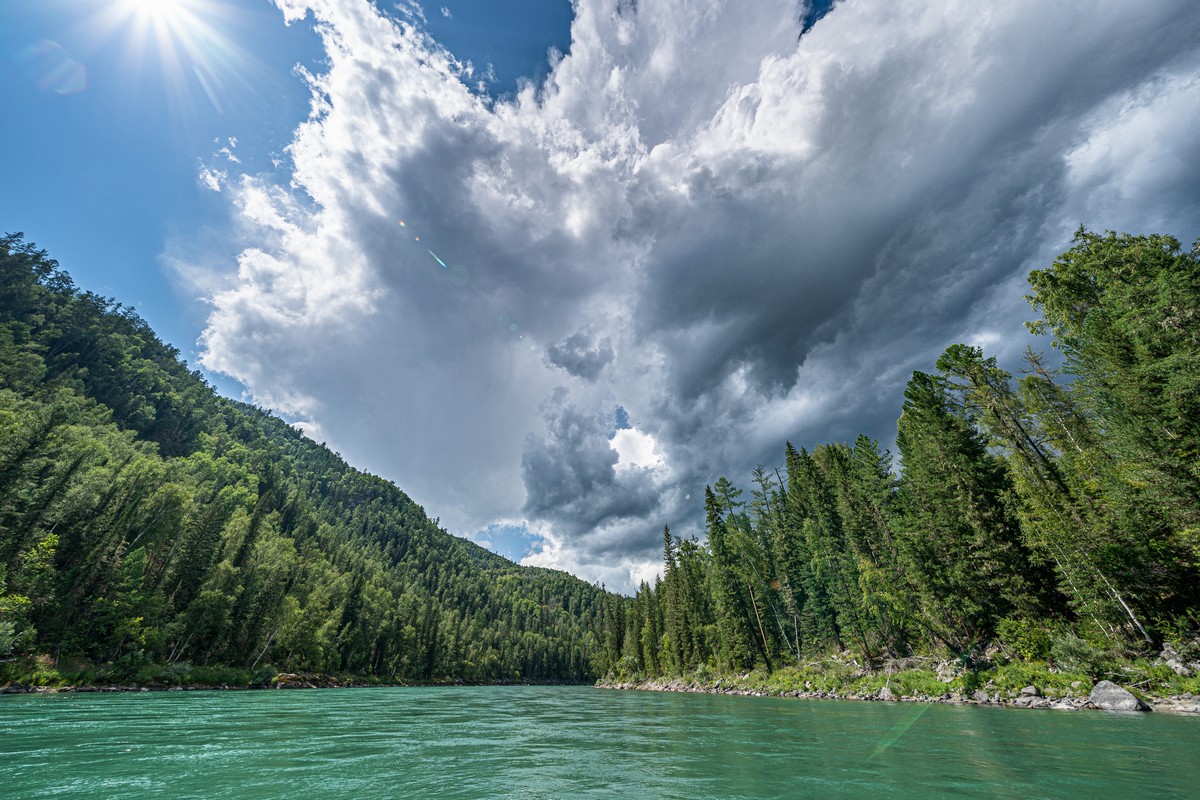 Eek – it creeps nearer for a closer look -> 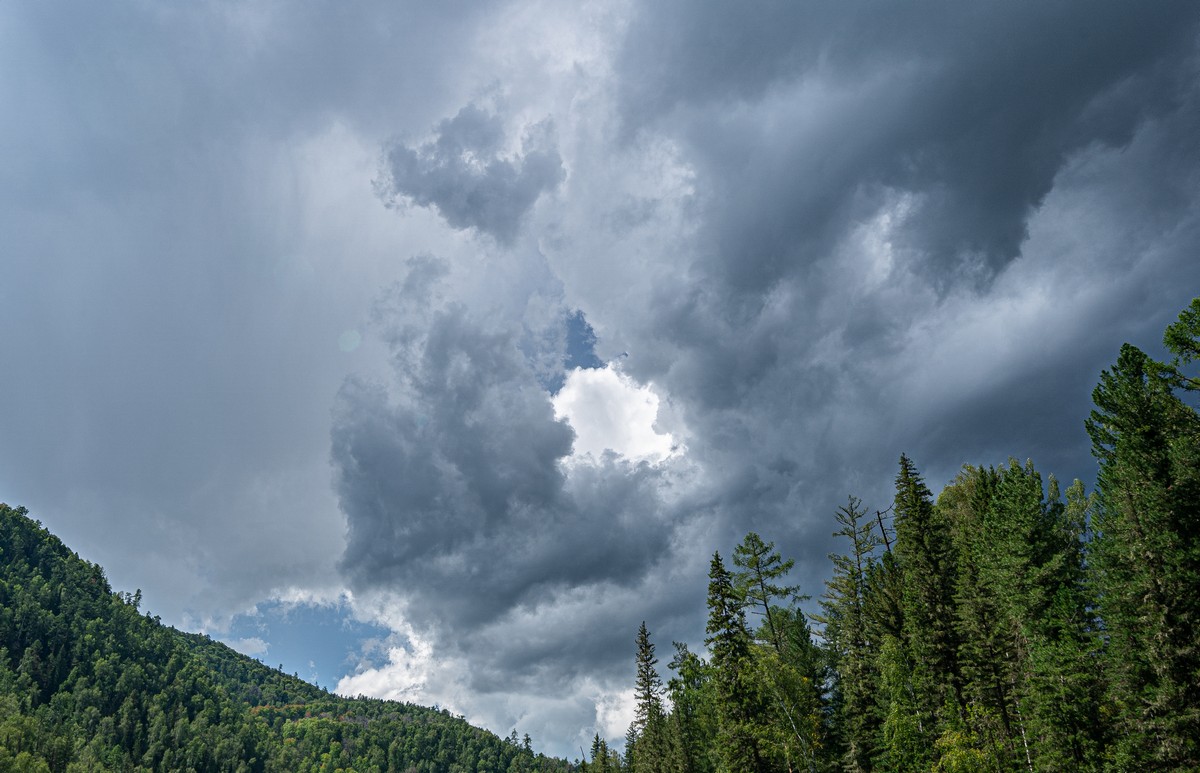 After its inspection, off it flies – leftward. Leaving the clear blue skies we much prefer -> 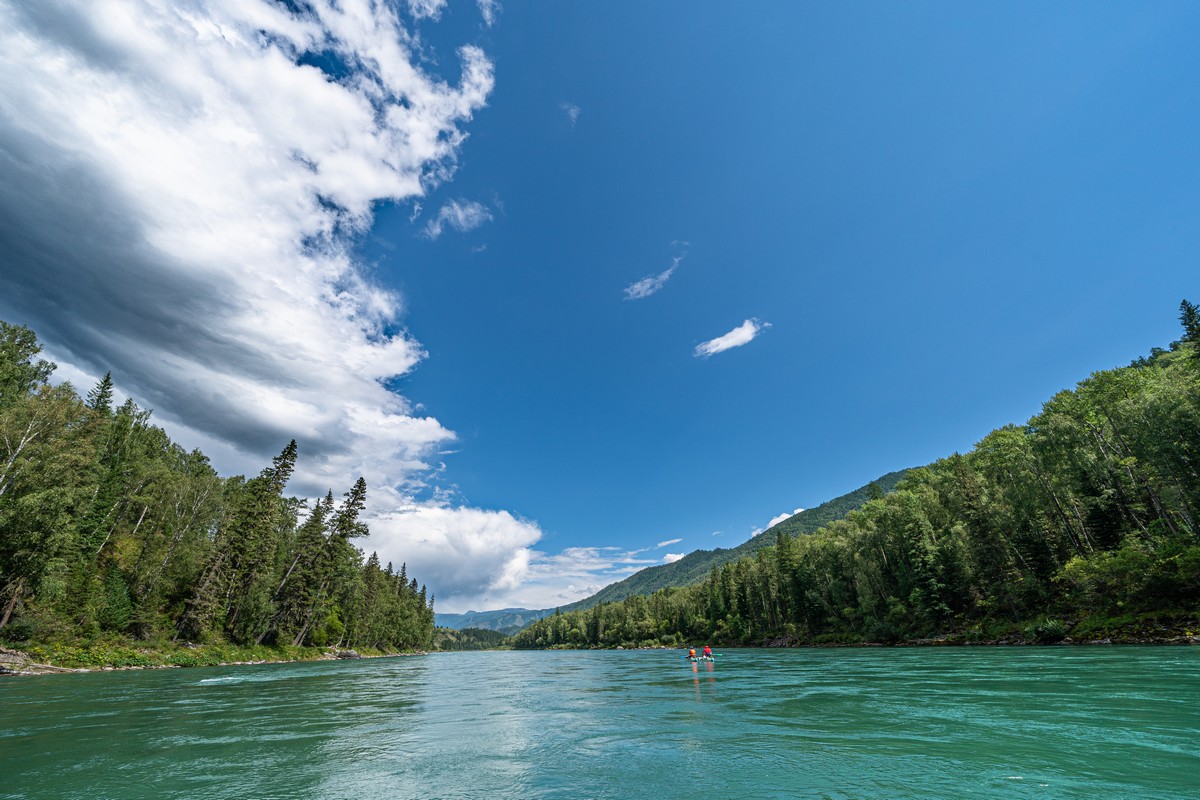 The Akkem is a tributary of the Katun, and where the two meet is where the rapids that are the Akkem Rush begin. Btw, the river flows from Akkem Lake, where a week earlier we trekked along the Yarlu Valley and meditated upon the multicolored mountains. 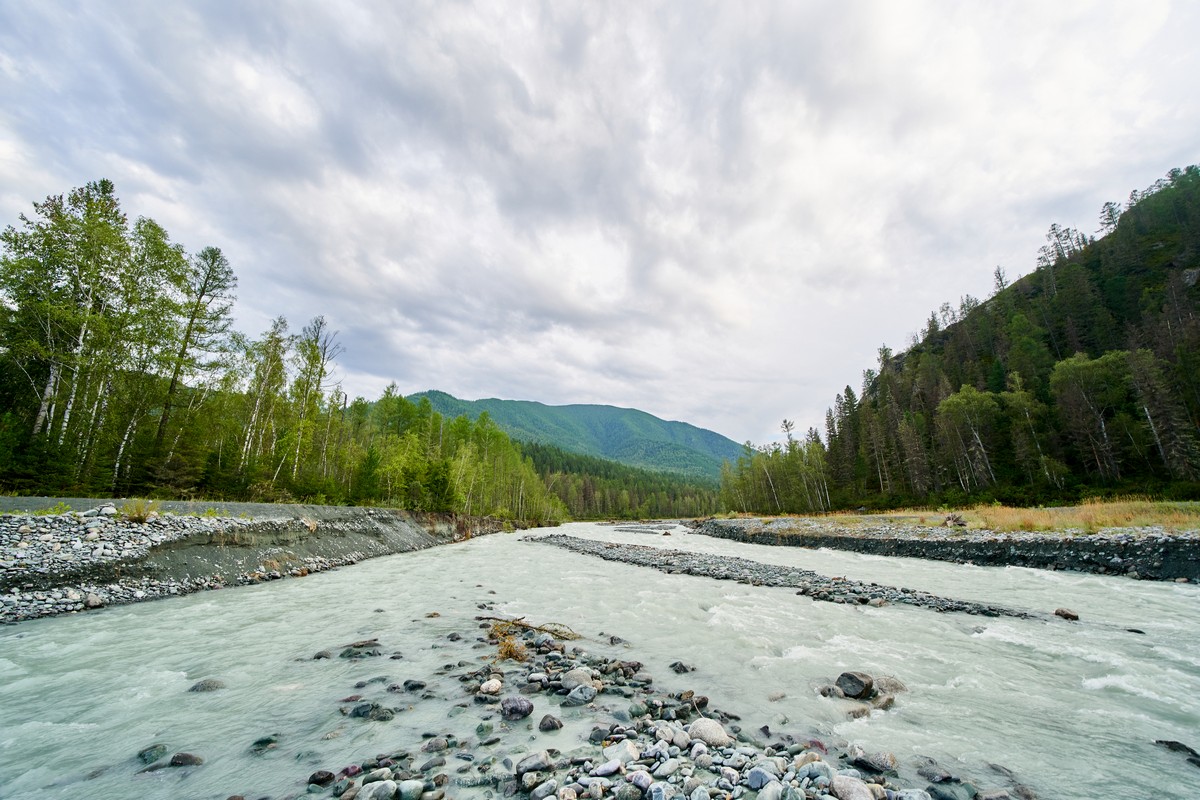 The water is cloudy: ‘glacial milk’. The water of all the streams that lead to the Katun is this glacial milk, and around here the Katun itself starts to be milky-white too as a result.

We reach the rapids. After a brief break we prepare for our race down them!… 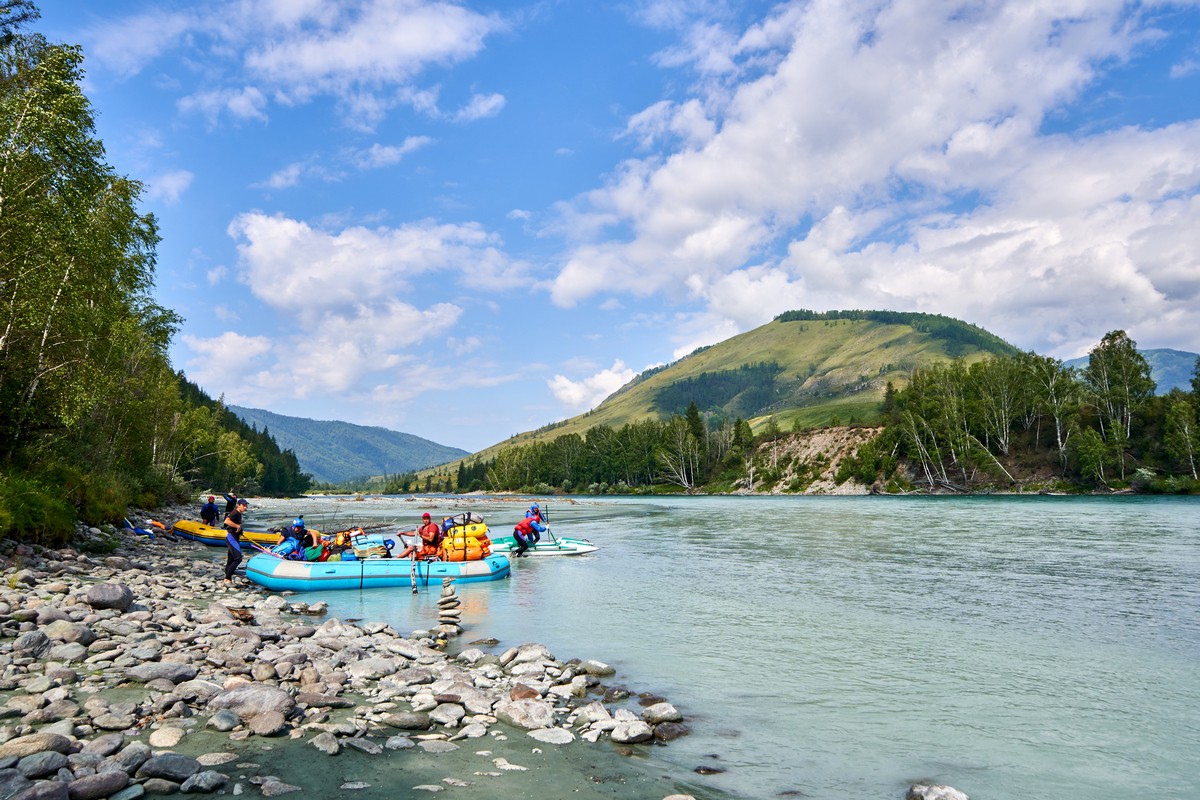 Down there, just round that corner – that’s where they start ->

The Akkem Rush (a full 10km in length, of which 5km are a rough stretch of cascading rapids) is simply wonderful, especially in such glorious weather as this, and even more so when the water isn’t crazy high as it was in the spring (if curious – check the internet), yet higher than usual (all this – as per our guides). Indeed the water was much higher than last time we were here.

And it’s the very first stretch of rapids that are the most difficult, with tricky swells, barrels and probably all other specialized river-feature terms thrown in ); all of which are best checked out first from one of the banks: 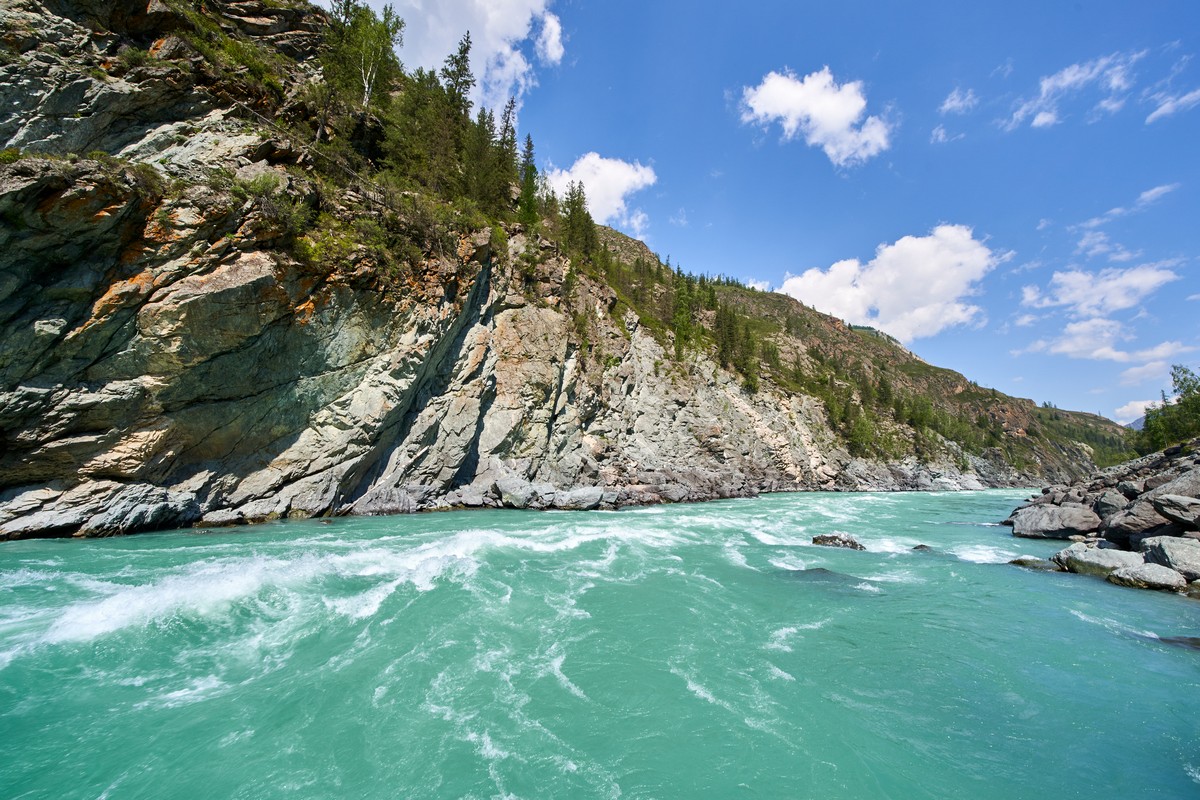 But you have to watch your step: one wrong move and you could sprain you ankle. Not the best location in the world to do that ).

Our boulder-hopping gave rise to a comment along the lines of: ‘So, like, who lays paving stones like this? A toddler could do better!’. But enough banter already; time to race down those rapids. 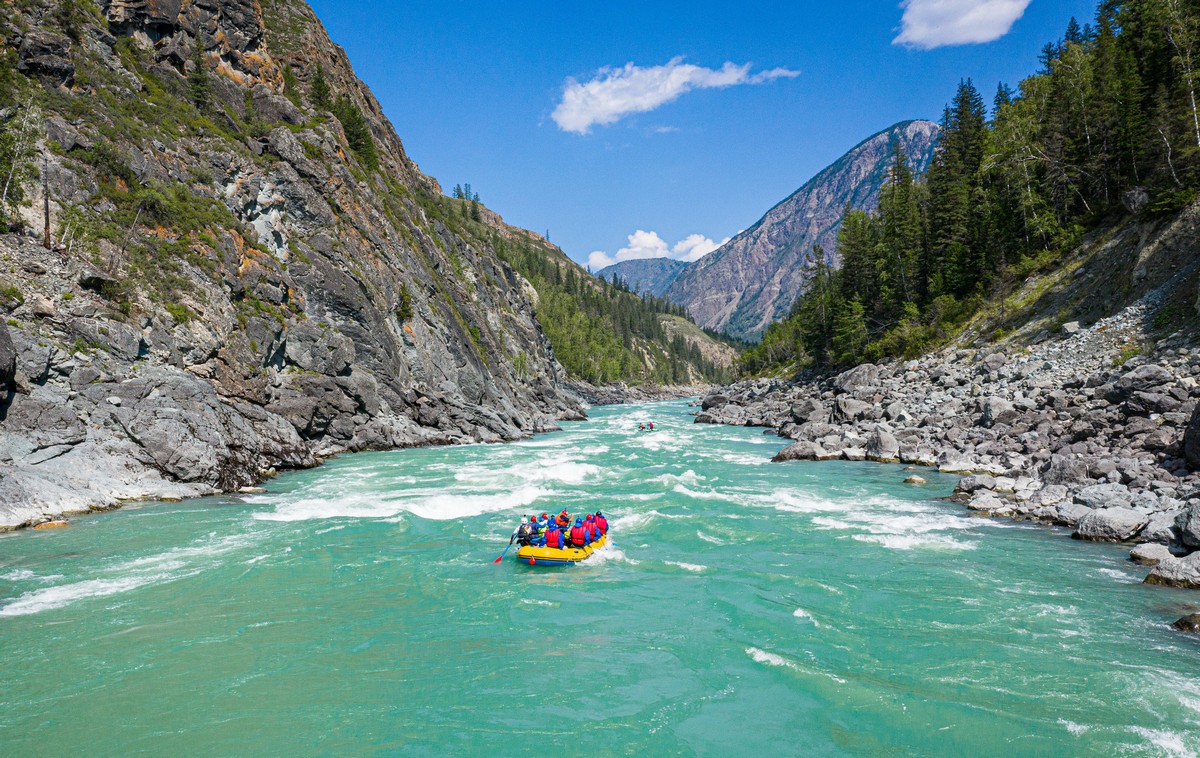 The view from inside:

An adrenaline-rushing thrilling experience! The only down side: after the Akkem Rush a waterpark with the kids will bring you, like, zero satisfaction!

Btw – you can compare these pics of the Rush with those taken last time, in August 2016. Is the water’s being higher visible?

After the intense white-knuckling down the rapids, things calm down again. Ahh. And that was that: the Akkem Rush – done; for the second time ). Already looking forward to the third time!…