And you thought it was over? My Tales from the Kurilian Side…

I mean? Well, you would, since it’s been more than a week since I wrapped up the Kurils-2019 series, and two weeks since publication of the few (non-Kurilian) bonus tracks tagged onto the end (including Tyuleny Island, Aniva and the Commander Islands).

Well, this is the ‘bonus-track post that got away’. See, I was planning on including its content into the wrapping-up post just mentioned, but… since it is somewhat negative, I didn’t want to end the Kurils series – a very positive series – on a sour note. It just didn’t sit well with the warm glow of nostalgia already kicking in after our Kurils adventure. Accordingly, I saved it for later; and that later has now arrived…

At sundown on the last day of our Kurils expedition we reached the picturesque Bechevinskaya Bay, Kamchatka, which is a few hours gentle sail from Petropavlovsk-Kamchatsky, the peninsula’s main city. I’ll get to the pretty pics in a bit, but first – some background historical information about this place.

A shore of the bay is the site of an abandoned Soviet military settlement – Bechevinka. Its story is very similar to that of the abandoned settlement of Kraterny on Brouton Bay on the Kuril Island of Simushir. Well, except that they didn’t deepen the bay here with a gigantic explosion; everything else though – pretty much the same. Garrison settlement and military base, key role military role of the Soviet Union; then came along perestroika, it was abandoned (that is, literally – everything just left as it was) > rusting old infrastructure, desolation, neglect – like this: 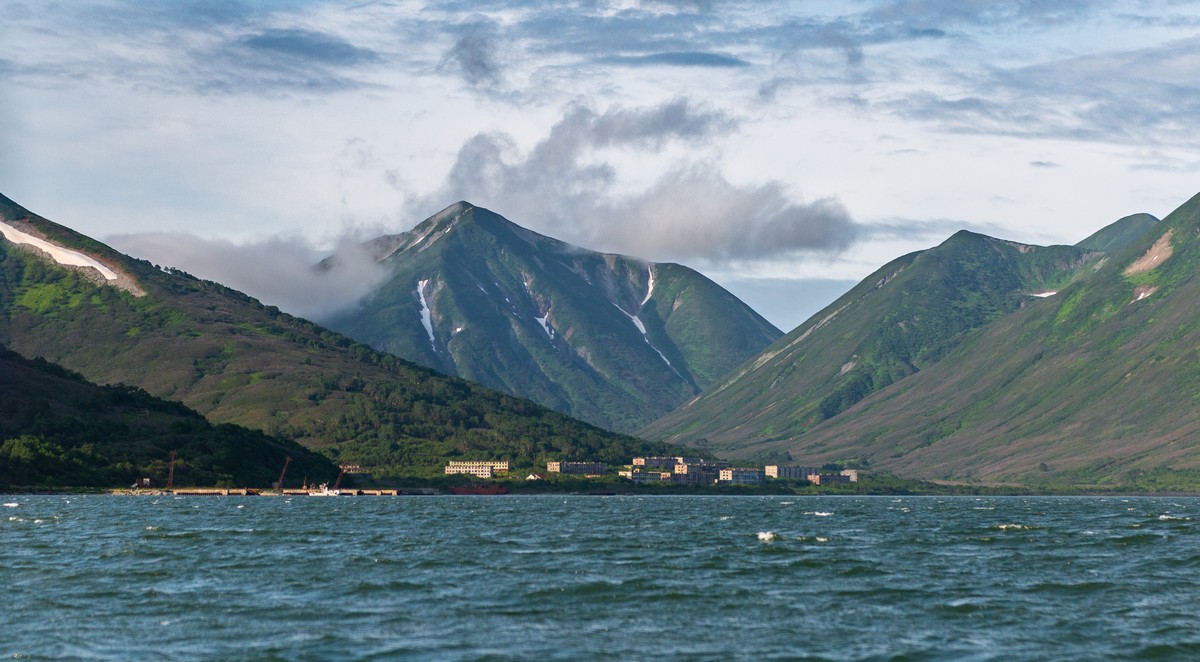 Here’s what the Russian Wikipedia page on the place says about it (there’s no English page):

“The village was founded in the 1960s as a military village, a submarine base. In August 1971, the 182nd submarine brigade, consisting of 12 submarines, was transferred to Bechevinka. Eight three-five-story houses, a boiler room, a post office, a shop, a school and a kindergarten were built in the village. Once a week a ship came from Petropavlovsk-Kamchatsky; there was no ground communication with other settlements.

In 1996, the submarines were relocated to Zavoyko, the garrison was disbanded, and the population was removed.”

There are other accounts of the story, however. For example, one states that the decision to station the submarine fleet here was from the outset a bad one: the entrance to the bay was often blocked up in natural ways – from storms and earthquakes – meaning it had to be unblocked often, which took time and money and meant the combat-readiness of the fleet was often less than constant; this may have led to its closure.

“Bechevinka was thought up by one of our former Commander-in-Chiefs, Admiral Gorshkov, when he needed to write his thesis at the military academy. So he came up with the possibility of transforming this modest military outpost into a full-fledged diesel-torpedo-submarine base with all the respective infrastructure. And having become a Commander-in-Chief, he began to consistently bring his crazy idea to life, and there was no one around to say: ‘hold on a minute…’. Finval Bay (another name for the bay) was fenced off from the ocean by a wide sand bank, and therefore a narrow canal was dug in it, which had to be excavated once a year, because it kept being simply washed away by the waves. Several times the submarines got stuck into the edges of the canal, and once – Sasha, the duty officer, did too. To lock the whole of the 182nd fleet inside the bay, all it would have taken was one junior saboteur with a few sticks of dynamite, and that would have been enough. There was no road to the garrison – only five hours by sea. Or by helicopter.”

And I can confirm that there is indeed a sand bank at the entrance to the bay. Even our not-too-large Athens didn’t risk entering. So we took the dinghy instead. And there, in the middle of the bay there’s a rusty old submarine carcass. 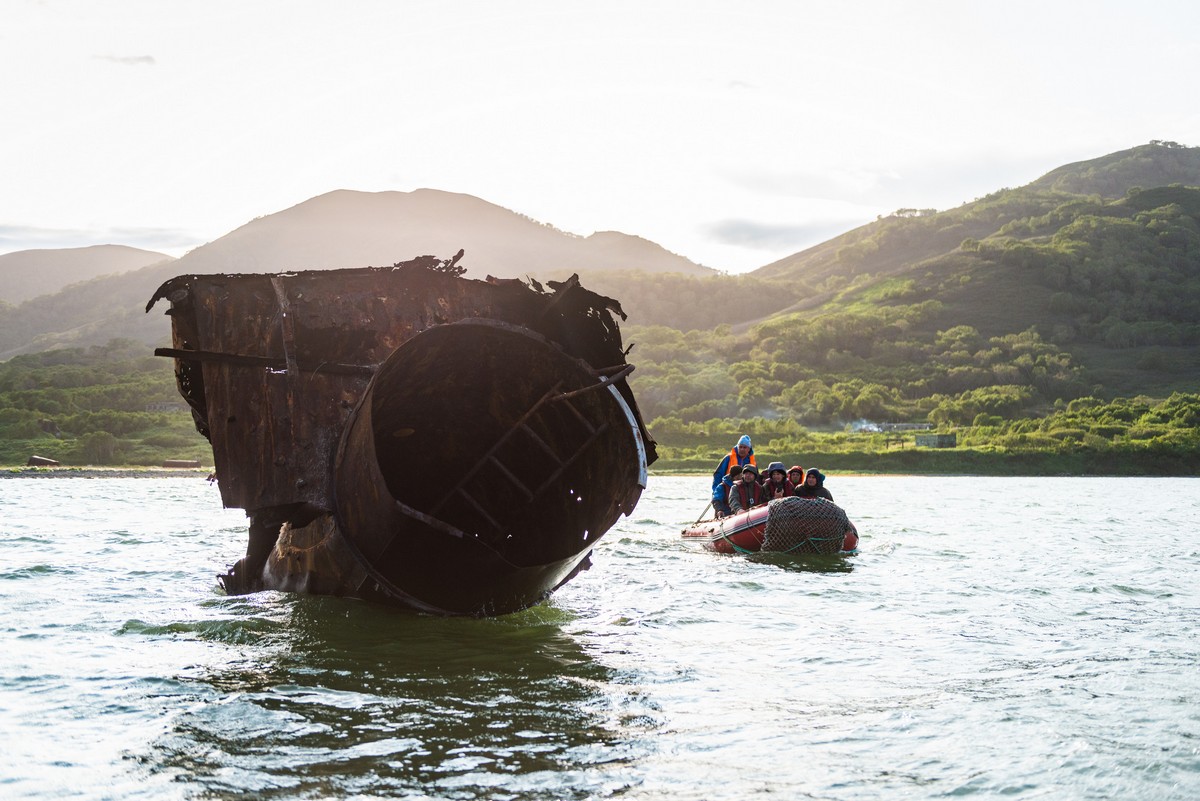 However, there’s another story. Locals say there are plans being made for construction of a transshipping terminal for the Northeast Passage. I’m not sure how they plan to solve the issue of with the blockages at the mouth of the bay, but maybe that’s easily solvable with today’s tech. Anyway, it does seem something’s afoot, as there were quite a few folks milling about, some newish buildings to be seen, and even some freight transportation toing and froing.

Aha – turns out that terminal is for real: it’s going to be a major gas terminal. It’s going to be used for receiving Arctic (icebreaking) LNG tankers from the northern Russian seaport of Sabetta in the Gulf of Ob, and the transferring of liquefied natural gas into regular LNG tankers for onward shipping to the Asia Pacific region!

All sounds very promising. Meanwhile, today, Bechevinka is a depressing mess of a place with rusty wrecks everywhere and signs of bears and looters:

But the bay itself – a beaut!

There, the dose of post-scriptum post-Kurils bleakness has been administered. Phew. Wasn’t so bad was it?…

The rest of the pics from our Kurils adventure are here.