It seems a bit strange looking at some of my summer holiday photos and editing them, especially when they don’t even relate directly to the Kurils, even though they were taken on our Kurils-2019 adventure! But we’d gotten to the end of the Kurils, so there were no more of them in line for us to check out. The next island after Kunishir is Japan’s Hokkaido. So we took a right (westerly) turn, and headed toward the island of Sakhalin. I say toward, as we didn’t make it to that island. Instead we stopped at a micro-island just off one of its three southern capes – Tyuleny Island; which is appropriately named, as you’ll see in the vids and pics below: Tyuleny means Seals – Seal Island! 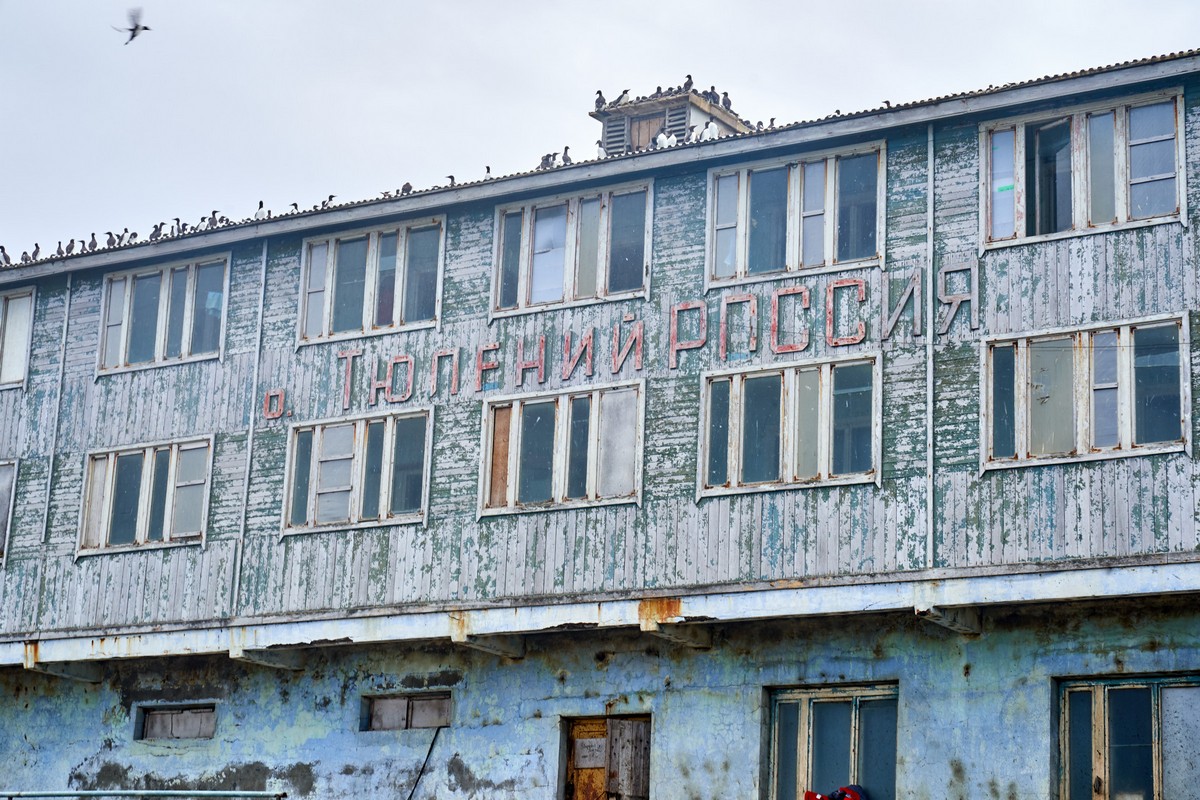 Yes, living conditions on the island certainly are overcrowded…

You’ll notice how the birds (guillemots) and the seals inhabit strictly separate parts of the island:

In the past seals were farmed here – plenty. They even made some of the cliffs more seal-friendly by chiseling away the steeper bits, and installed special fencing and so on. But then Homo sapiens took less and less interest in seals – their meat, skins, etc., until that interest was zero. Accordingly, humans left the island for good. The only humans that come here these days (besides intrepid adventurers like us) are zoologists and students/volunteers doing research. 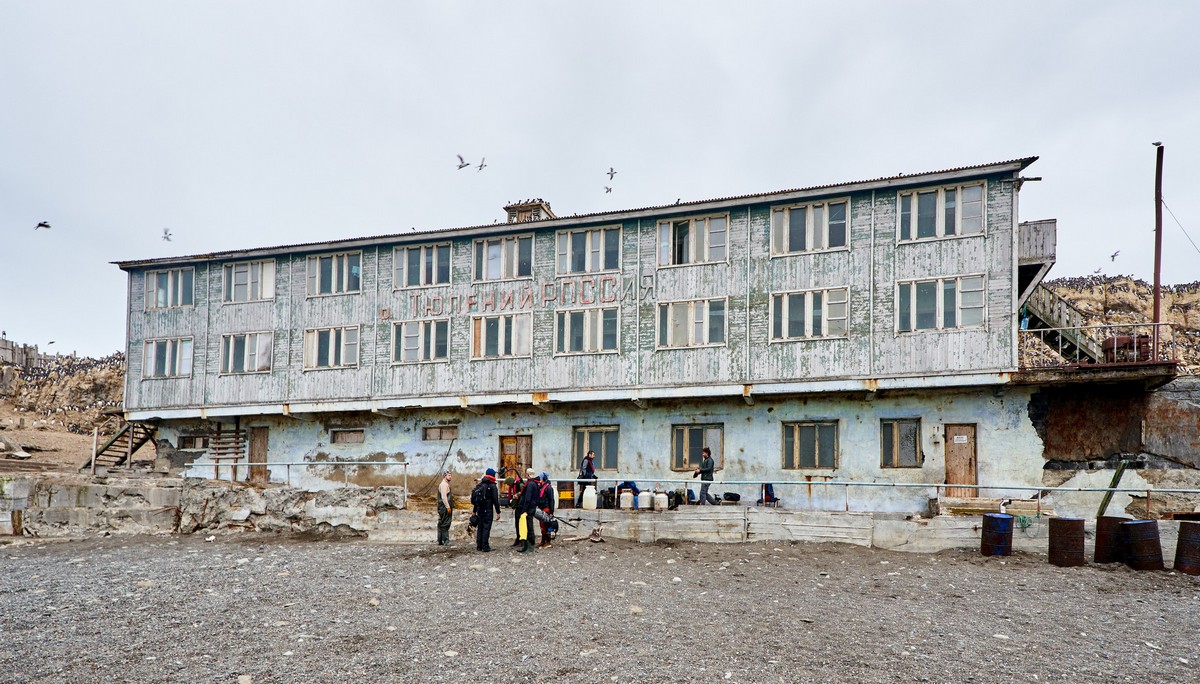 Abandoned boats, sheds, and assorted other ruins – left after the seal farmers vacated the island:

Surely it goes without saying that the island reeks? The live seals, the dead seals, all their… waste products… it’s bound to pong. It does indeed. Eye-wateringly so! 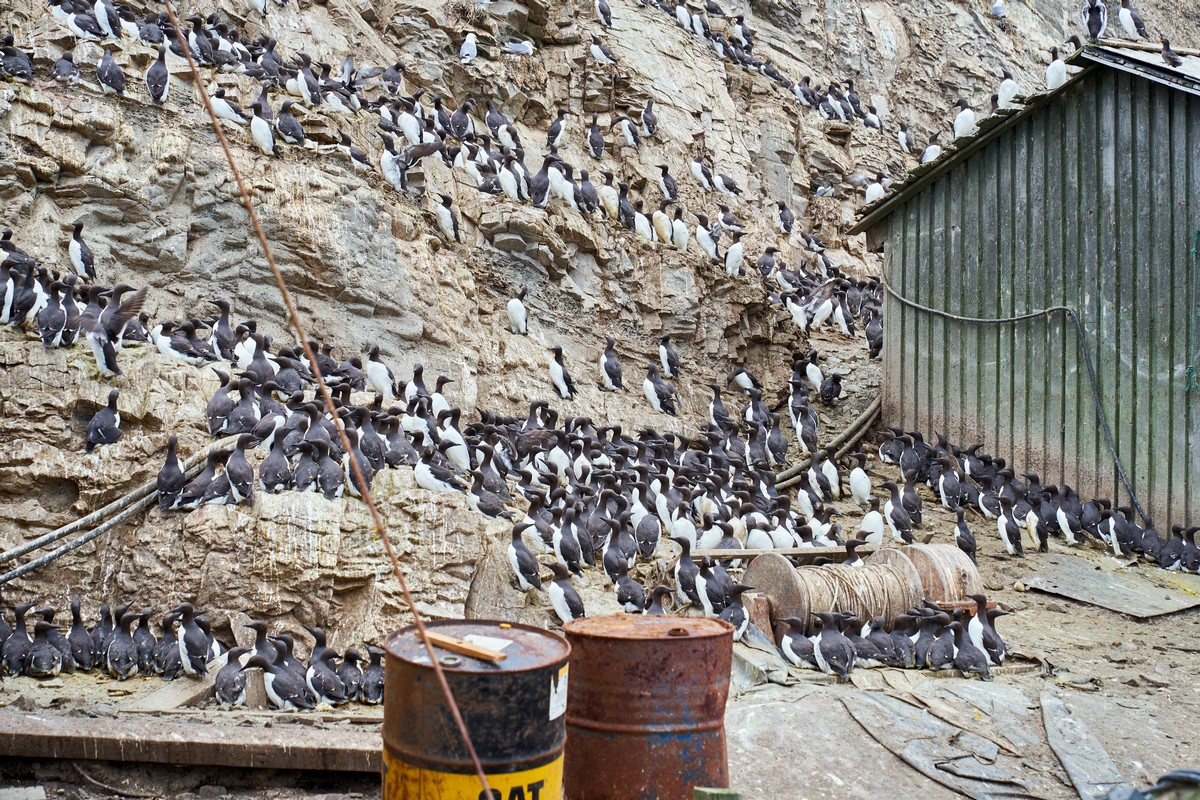 The noise too – the word ‘cacophony’ was surely invented to describe this lot’s non-stop howling. Interestingly, no matter how long you’re here, the noise never becomes white noise – ‘background music’, according to the volunteers/students we met there. The smell, surprisingly, can be gotten used to; but not in just a few hours, I found out ). 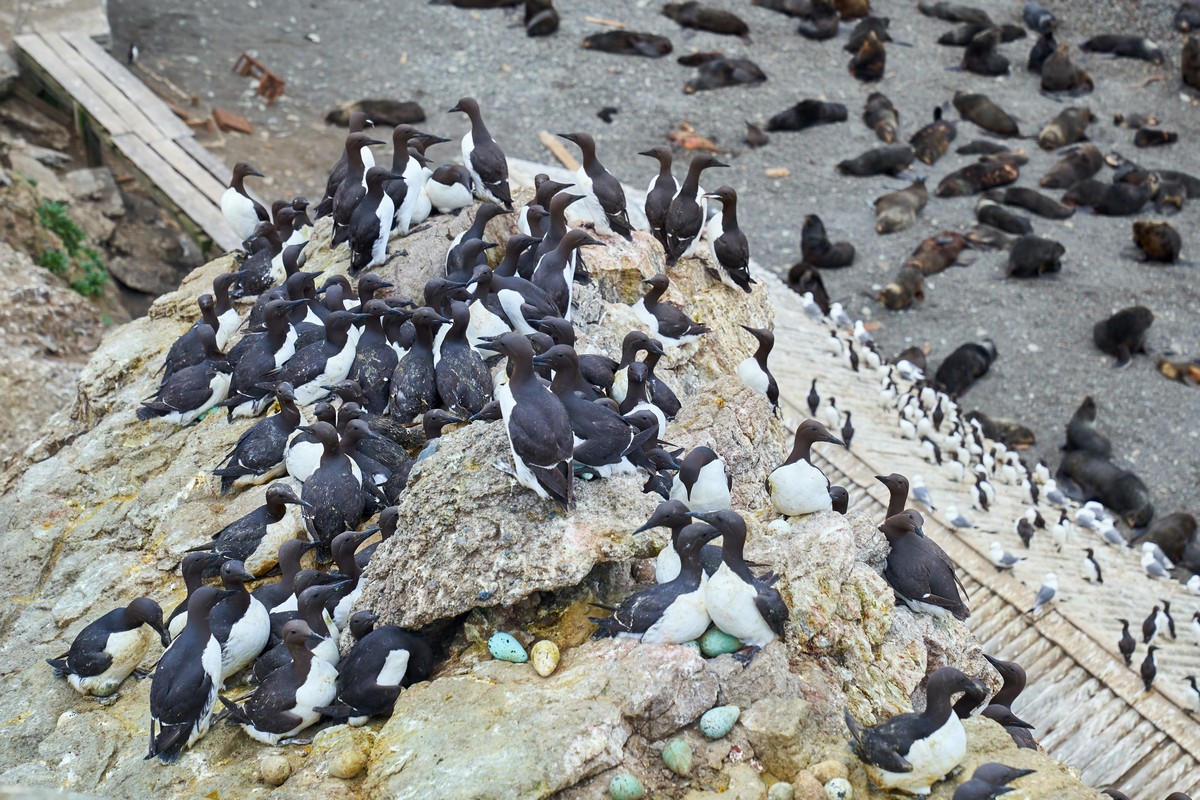 Curious fact: in among all the crowds the birds always, without fail, recognize their own eggs; apparently by their color and the unique patterns on the shells!

Our American friends hard at work; terabytes of photos and film in the making:

They even climbed up onto the roof:

Btw: rather often the topic of wild animals comes up on these here blog pages of mine. Like these here seals, or Kamchatkan bears or African giraffes and elephants. So I thought and pondered, and figured a new tag should be introduced – so it was: wildlife. Enjoy!…

All the pics from our Kurils-2019 adventure are here.