All righty. After a welcome time-out during our flight from Moscow to Petropavlovsk, it was over to our traditional first stop for some much-needed acclimatization – a nice little hotel in the village of Paratunka, made all the more nice by its having a piping hot spring water swimming pool! Just the ticket with nine hours of jetlag to cope with. And after a dip, time to eat like royalty (Kamchatka, being a peninsula surrounded by vast seas, sure knows how to serve up a fresh seafood spread fit for any king:). But I’ve told you about this arrival-ritual plenty of times before, so I won’t go over it all again here.

Moving on – and over to the marine theme; particularly – to the ship that was to take us around the Kurils for a month. And here she is! 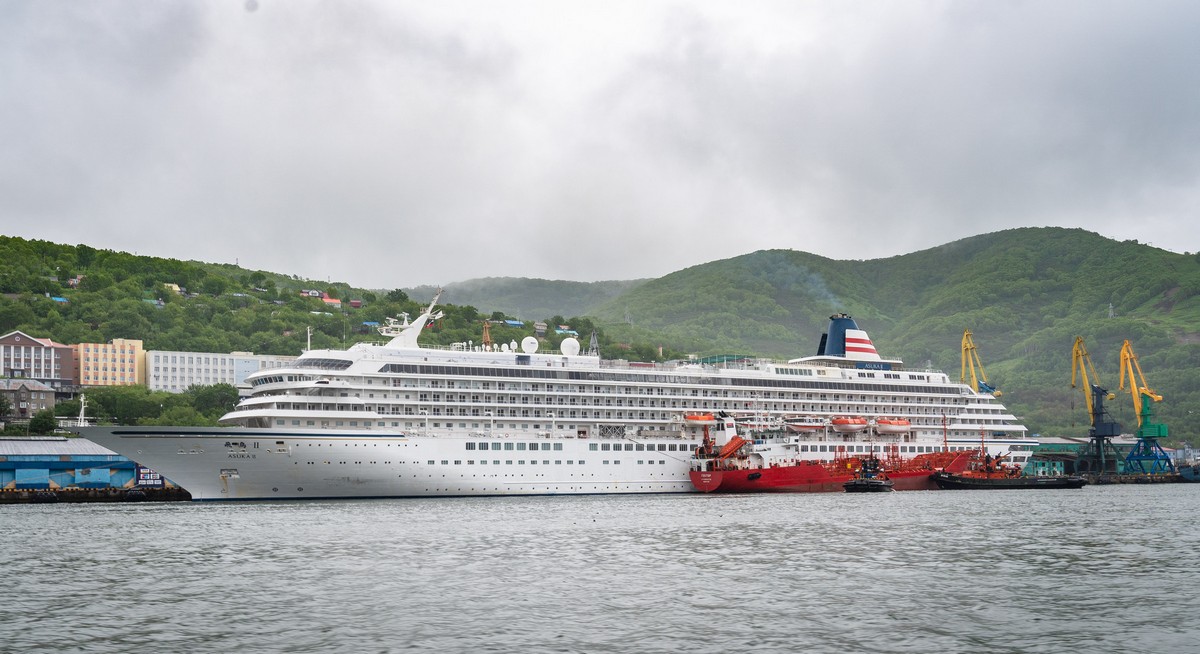 Joke. Did I get you?! No, our ride sail for the month was a little more modest; familiar too: it was the Afina or Athens! Yep – the same vessel we toured the Kurils on back in 2014. Here she is, in all her glamour and splendor:

But before we embark, a brief few words about Petropavlovsk port – one of those ‘then and now’ things.

Five years ago the docks were rather run-down and unkempt. Trash strewn about, rusting metal (most of it scrap), and dilapidation: all rather depressing.

Well, I’m happy to report that things have turned around at the port. Have a look yourself: here it is five years ago ->

There are still some remnants of atrophy like the sunken boats, but they lift them up onto stilts to repair them. A regeneration project almost. 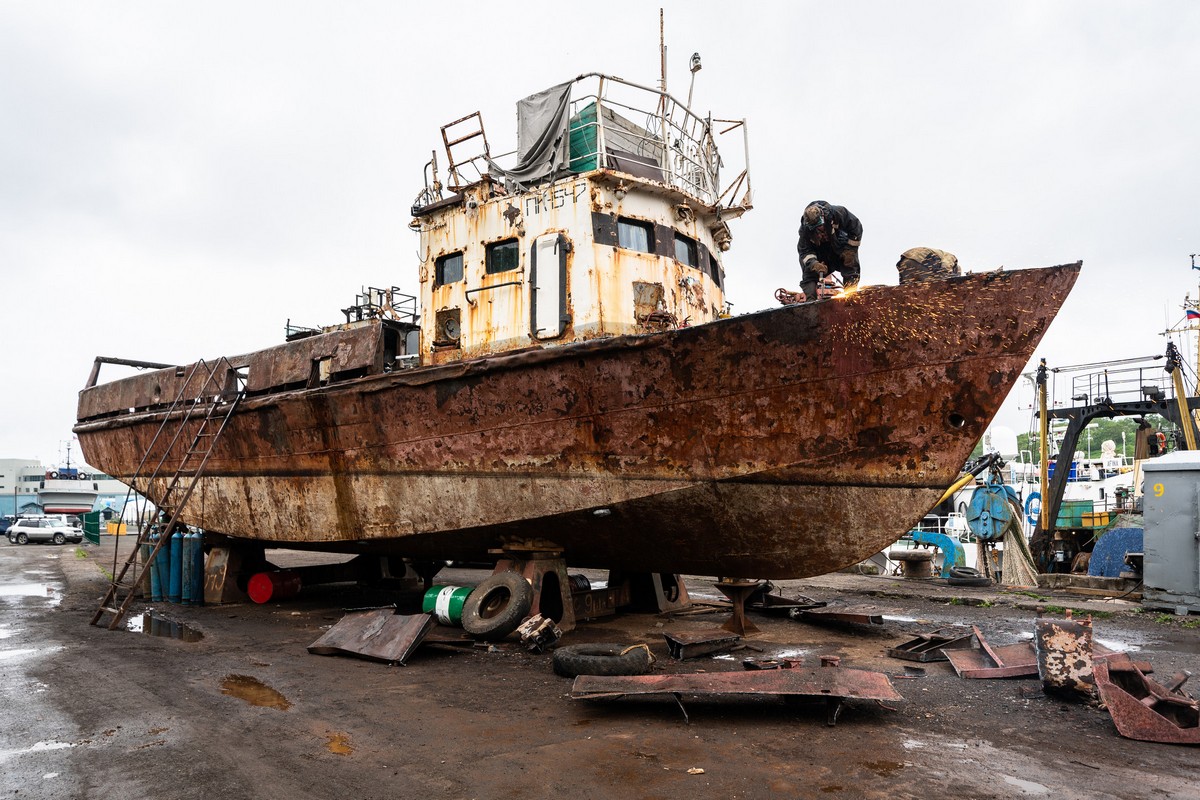 But enough shipwreck gawping, time we were off. So back to the Athens… 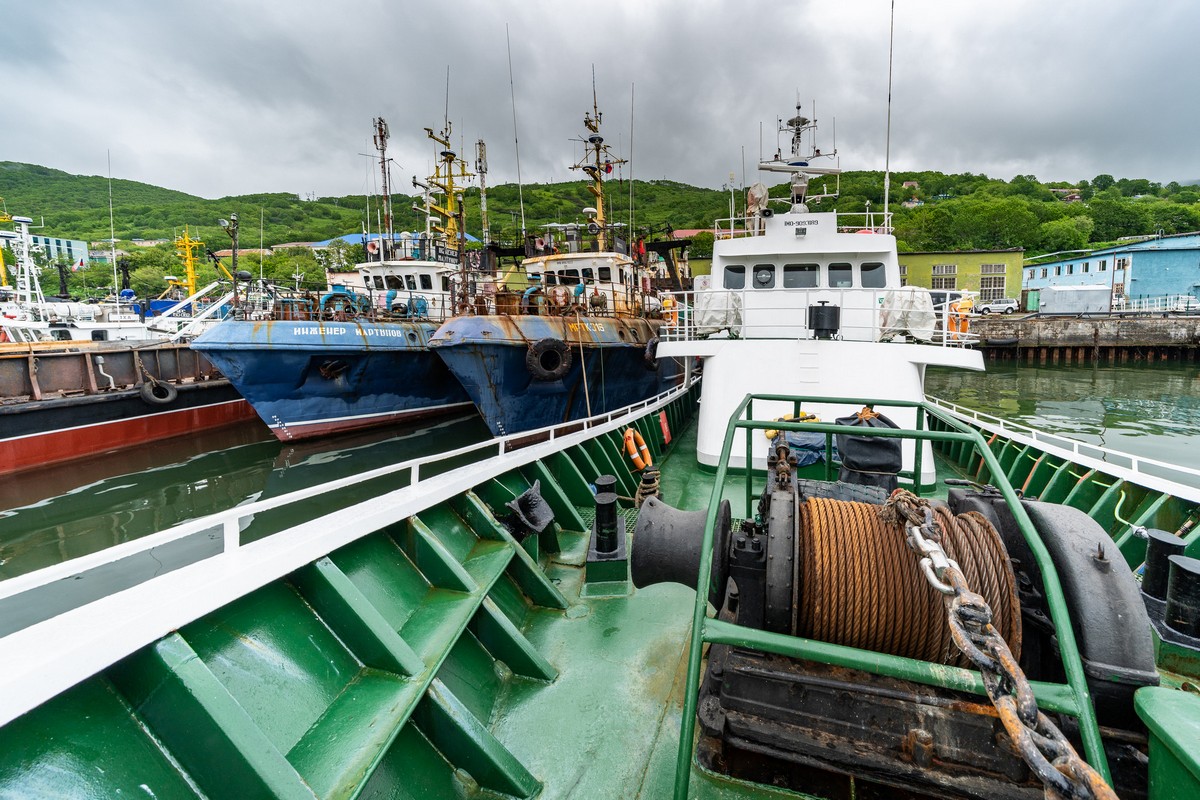 The recently repaired and refurbished seaport terminal of Petropavlovsk-Kamchatsky…

…These days cruising ships such as these stop off there: 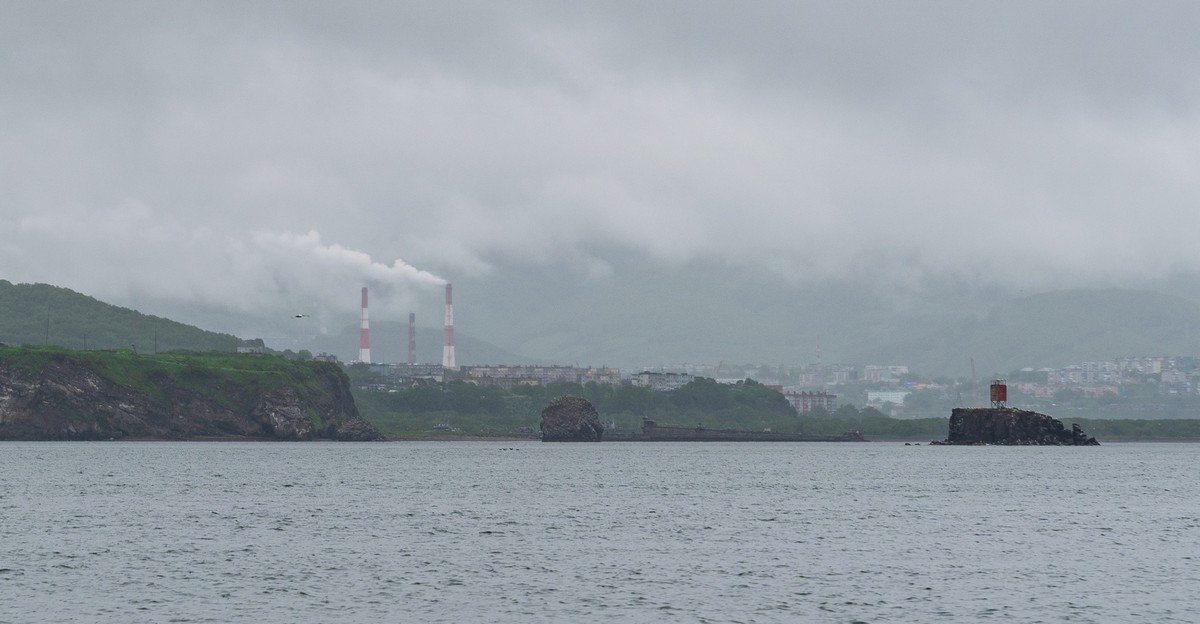 And out to the ocean… 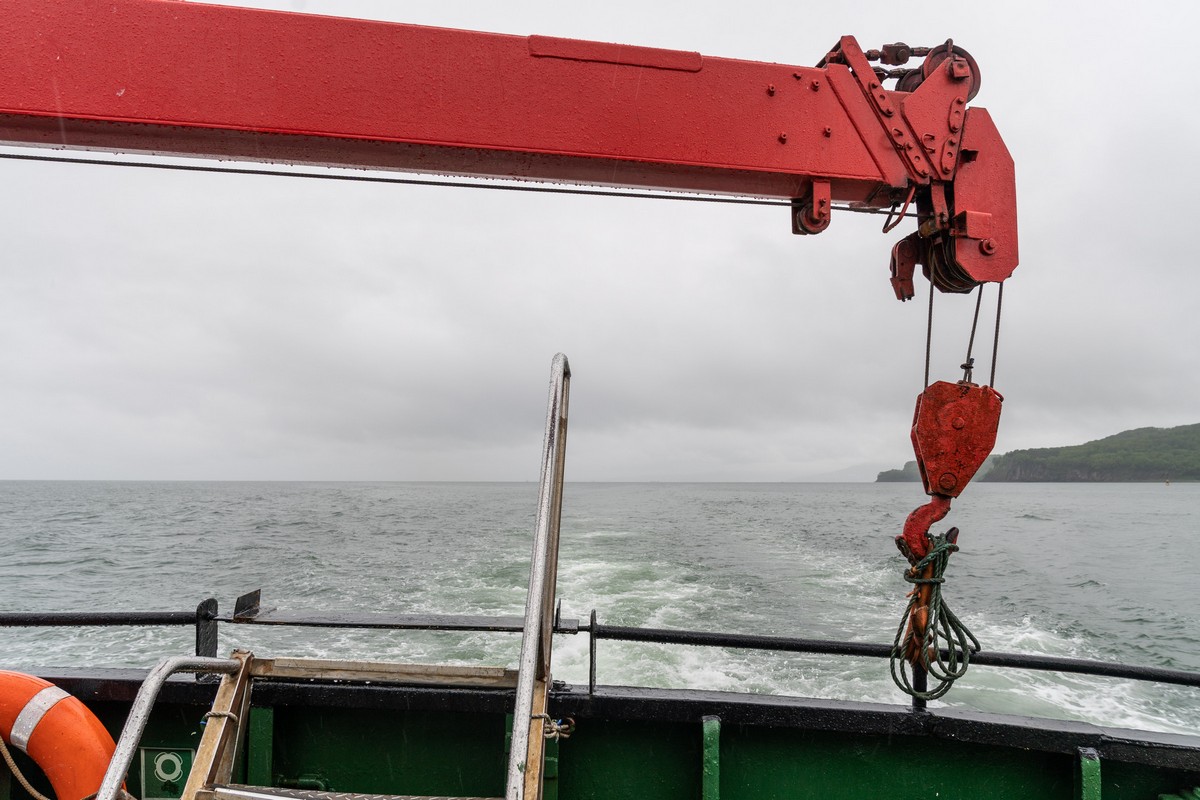 And no sooner had the expedition started than the fun began. First up, a green bear (a Midori copycatbear, I think) appeared on deck: 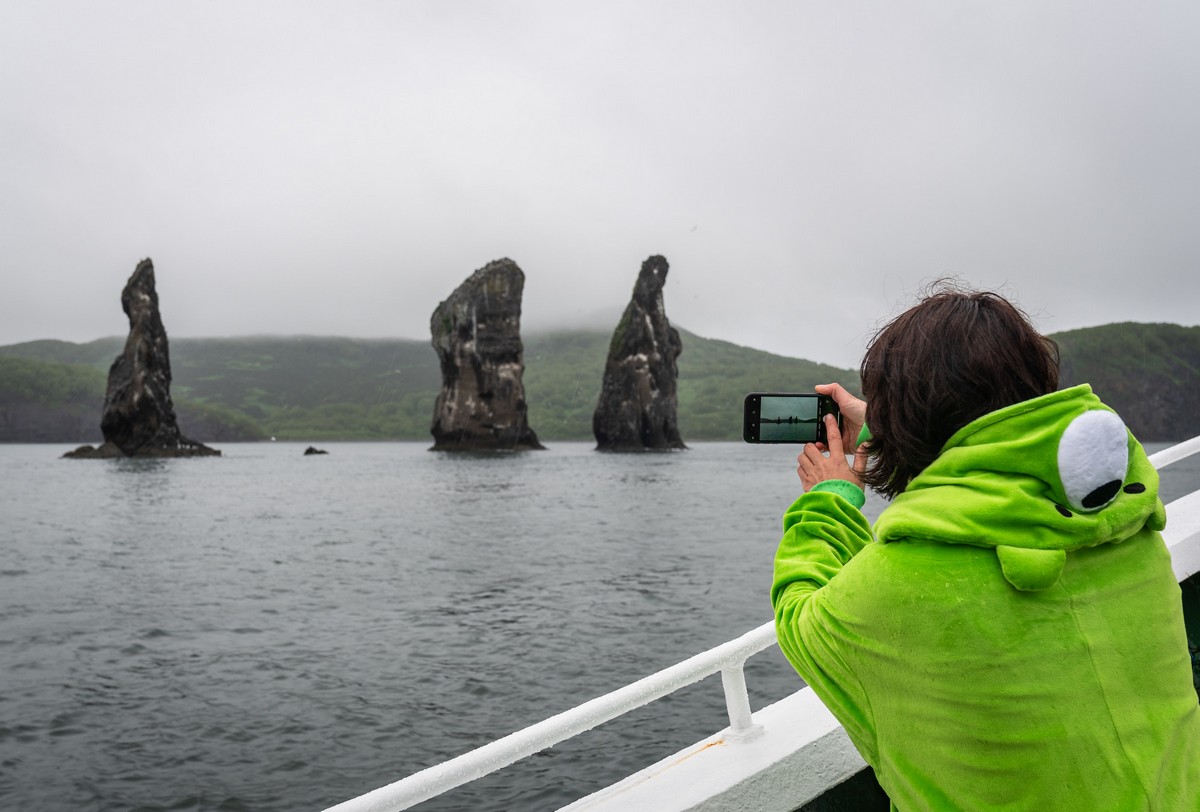 Next – killer whales putting on a show for us! 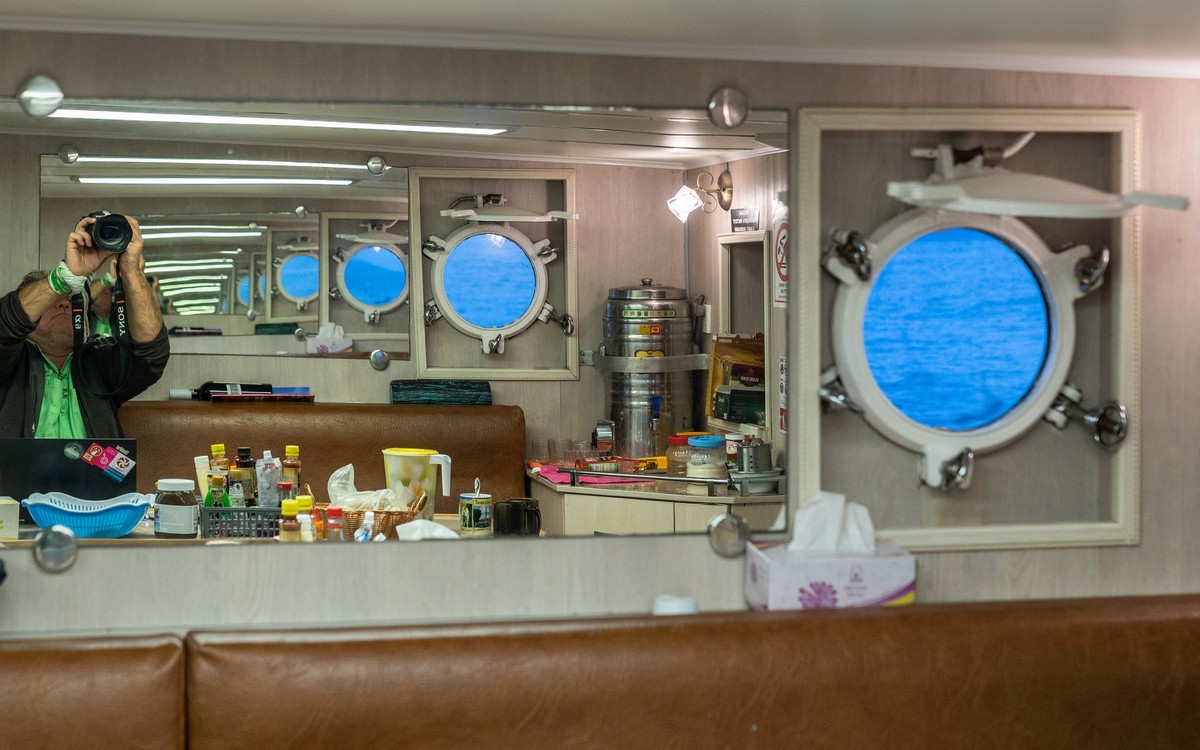 All the photos from the Kurils are here.