The locals have an ingeniously simple way of exploiting the geothermality here for their gastronomic convenience: they bury a pack/bag of ingredients in the ground, and around six hours later – they fish out the nicely-slow-cooked ready meals! I’d only ever seen such a thing before in Japan (on the island of Aogashima).

The yellow there isn’t the color of the highly-mineralized water – it’s from the corn-on-the-cobs they cook in there. Tasty they are too! 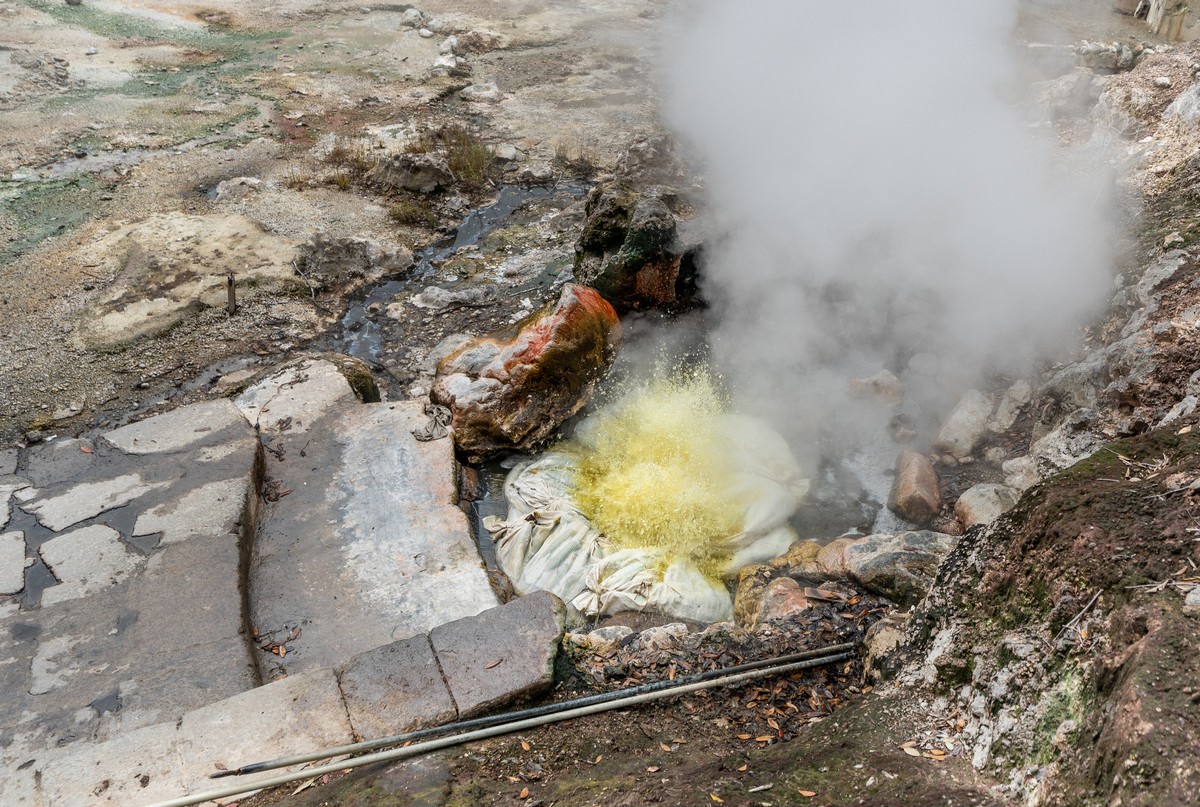 Besides the fumaroles – there are a full 22 natural water springs here, each producing their own particular tasting fresh water. Yum! I wanted to try all 22 – but after just a handful, we realized, physiologically, it was impossible ). We decided to shoot a short vid on the topic instead:

Next up: hot springs! At Terra Nostra the water is orange (!) and around 40°С (so it felt like), so you can only drink small amounts of it. The orange color comes from the high content of iron. It acts as a good clothing dye. In you go in your white cozzy – out you come in an orange one – and orange it will remain forever :).

So there you have it folks. Furnas – a must-visit on the Azores, if ever you’re here. Here’s the view of the whole caldera, and further back – the lake we walked around the previous day, In the foreground – the town with the 22 natural springs. 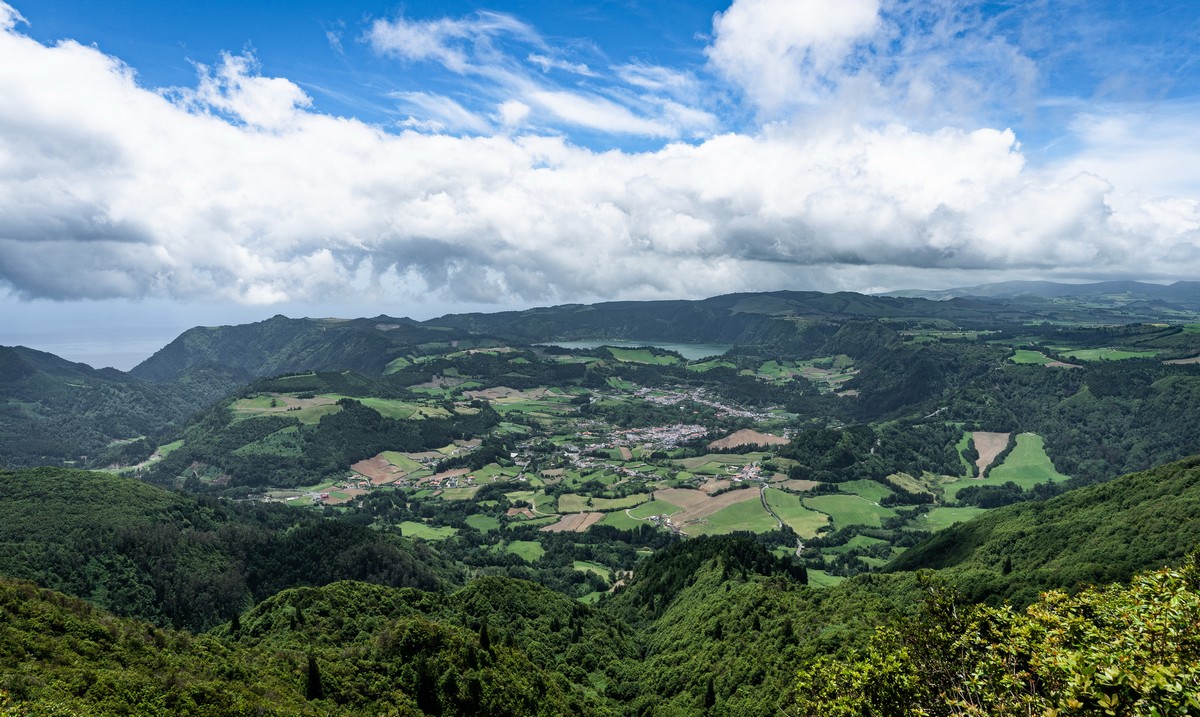 But that’s not all my reporting from the Azores! More soon! Meanwhile – all the pics from the islands are here.