There are just nine Azorean islands, and we visited just one of them – São Miguel Island, the largest and most populous. We were told by locals that this is the most interesting of all nine – so we settled for just it – to keep things simple; however, this one island we investigated and examined and inspected rather exhaustively and from top to bottom so I think it’s fair to say we’ve ‘done’ the Azores experience by and large ).

As mentioned yesterday, the Azores sit where three tectonic plates meet in the Atlantic Ocean; accordingly, the Azores are as volcanic as any islands can possibly get. The climate here is comfortable: an oceanic-subtropical thing going on; the sun does actually burn hotter than… jalapeño, but it doesn’t get too crazy hot because of the cooling effect of the surrounding ocean. The temperature of the ocean is practically always around 20°C, while that of the air wavers between 15°C in winter to 25°C in summer. And it rains a lot too. So, in all, what do we have? Volcanic, super-fertile soil + a pleasant, moist subtropical climate = yep, more green than you can shake a… Saudi flagpole at – everywhere.

Especially beautiful is the way the greenery neatly covers the banks around old volcanic craters, within which normally reside lakes: 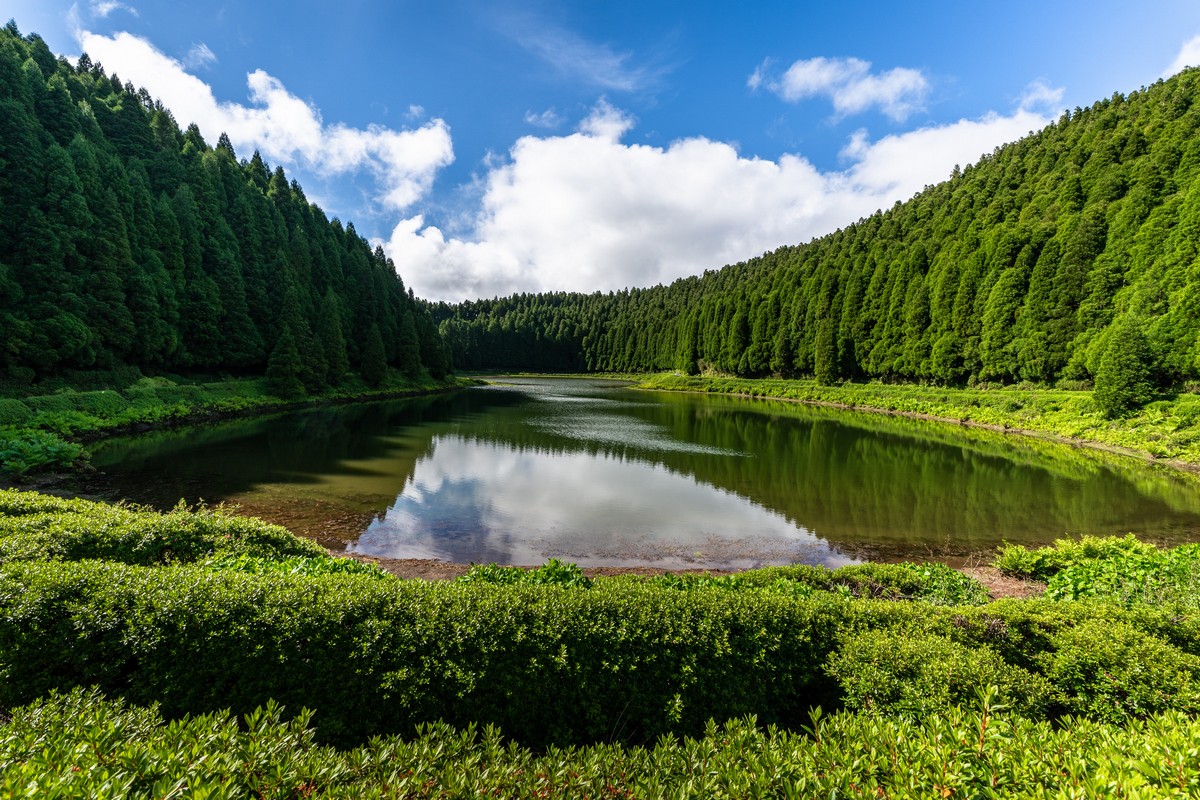 And there are plenty of such pretty lakes too: 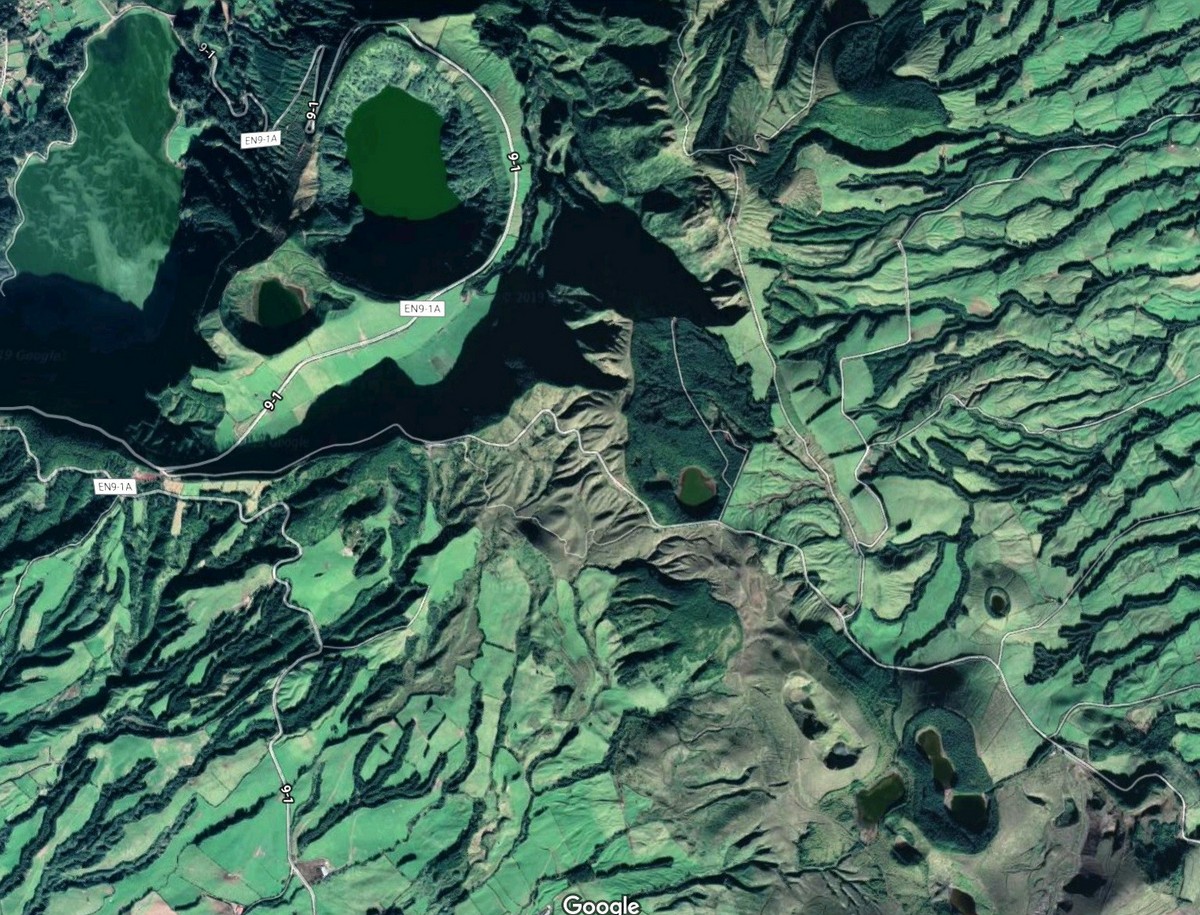 So, generally – nice. But the weather can take a quick turn for the worse to turn all this subtropical pleasantness upside-down: a wind gets up, thick clouds form, and heavy rain comes lashing down to beat against windows and you want to stay indoors. For example, yesterday there was this clear, sunny weather: 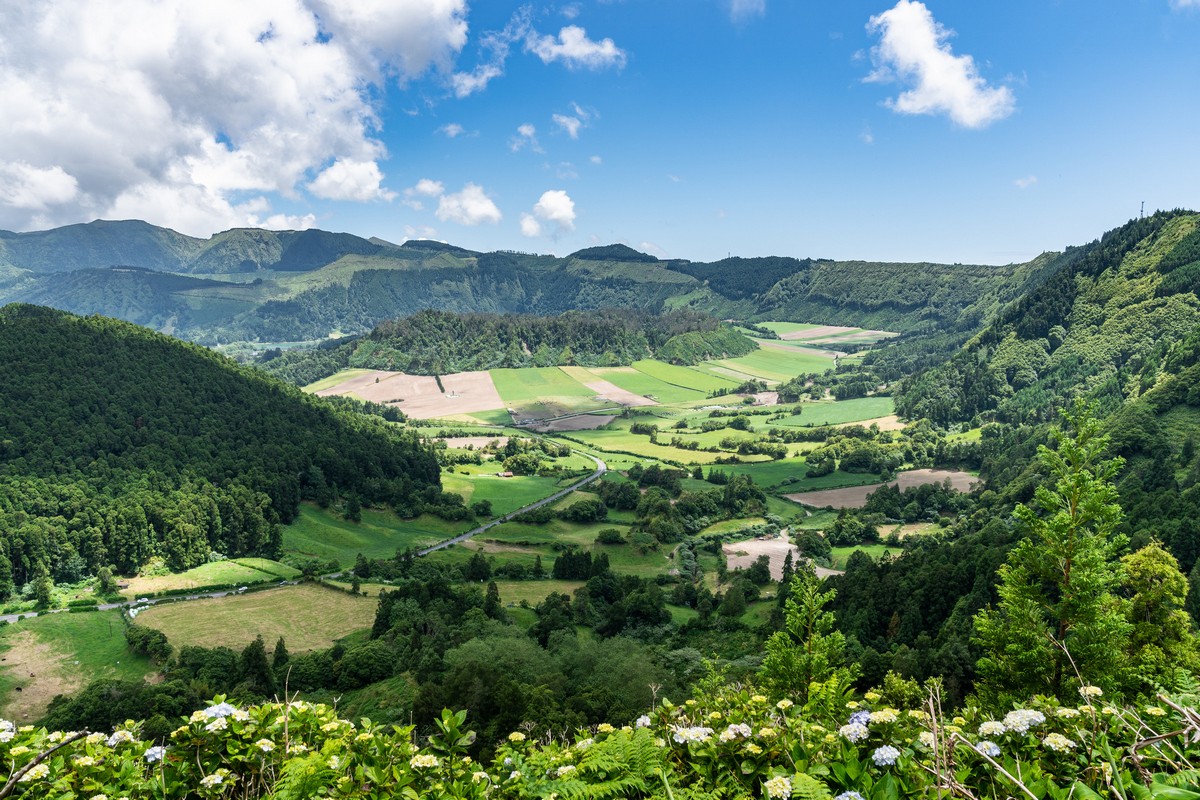 While today – grayness, fog, and clear visibility only down in the lower altitudes:

Warm, subtropical, moist: ideal conditions for dense flora. And the moss here is the thickest I’ve seen: you can put your hand right in it, while our guide told us how he’d been able to put his whole forearm into some!

And the water – in as much abundance as the green vegetation:

At night the cloud is blown away out to the ocean. Come the morning – and you’re met with more blueness than… you can shake a Scottish flagpole at:

…including ones featuring picnic tables and firewood for barbecues: 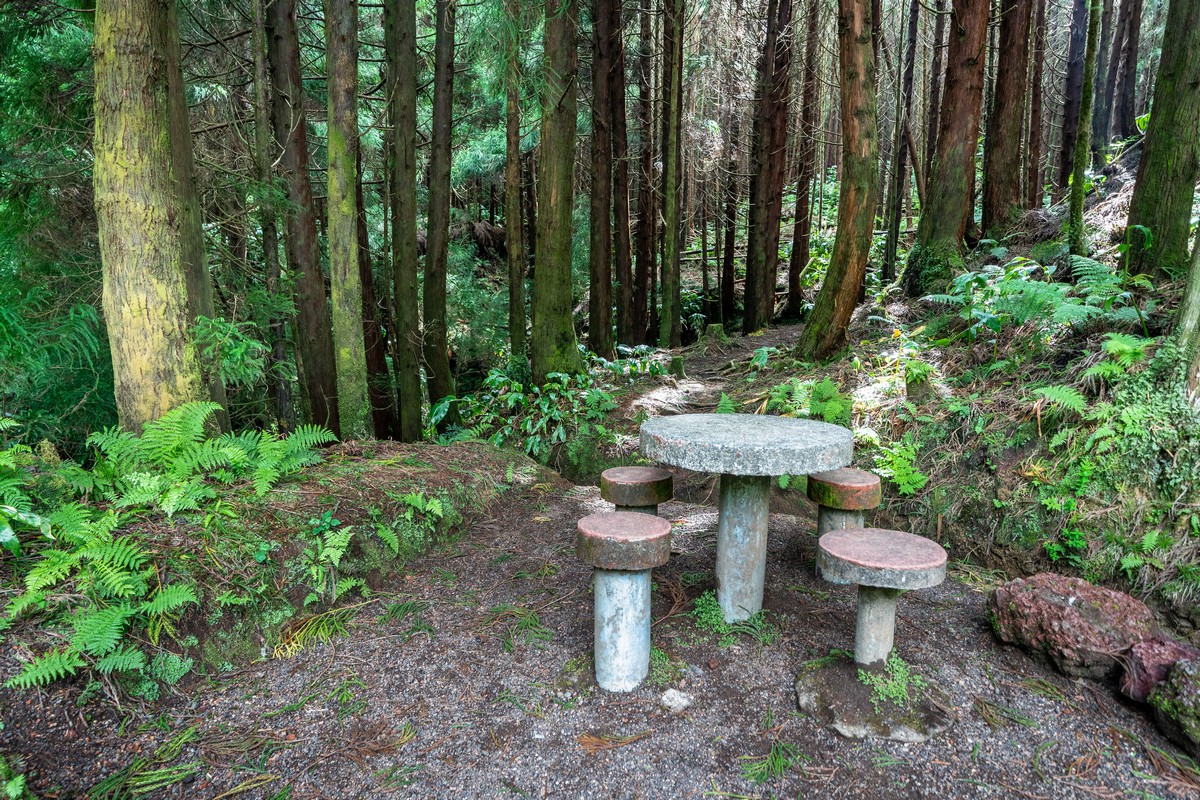 Then there are the parks and botanical gardens here. The locals brought plants and trees in from all over the world: pines from Japan, eucalyptus from Australia, something from New Zealand, from Asia, Africa and Latin America. All together it forms the richest, most varied floral assembly imaginable.

Here, for example, is one of the dozen or so parks/gardens around the lake in Furnas.

And you can’t help but notice these here charming tree-stump sculptures that dot the parks:

Parque Natural da Ribeira dos Caldeiroes to the northwest of the island is also must-see:

Assorted sights along the way:

And that’s about it on the floral Azorean theme. And over and out from the Azores theme too.

But I’ll be back tomorrow – from Zurich…

All the pics from the Azores are here.