Herewith, a continuation of my reportage from the Galápagos Island of Santa Cruz, on which we’d already seen: cacti that defy, surfaces with tortoises, and banana iguanas. Next up… – my favorite: volcanism! In particular: lava tubes. (‘A lava tube is a natural conduit formed by flowing lava which moves beneath the hardened surface of a lava flow. Tubes can drain lava from a volcano during an eruption, or can be extinct, meaning the lava flow has ceased, and the rock has cooled and left a long cave.’ – Wikipedia.

I’d been in such constructions before, in Kamchatka, Sicily, on the slopes of Mount Etna, and in Hawaii. I think that probably most relatively fresh volcanoes in the world feature such lava tubes – and that includes on the Galápagos Islands:

Here the tubes are fitted with lighting and handrails:

The stripes on the walls show the different levels of flowing lava at different times: 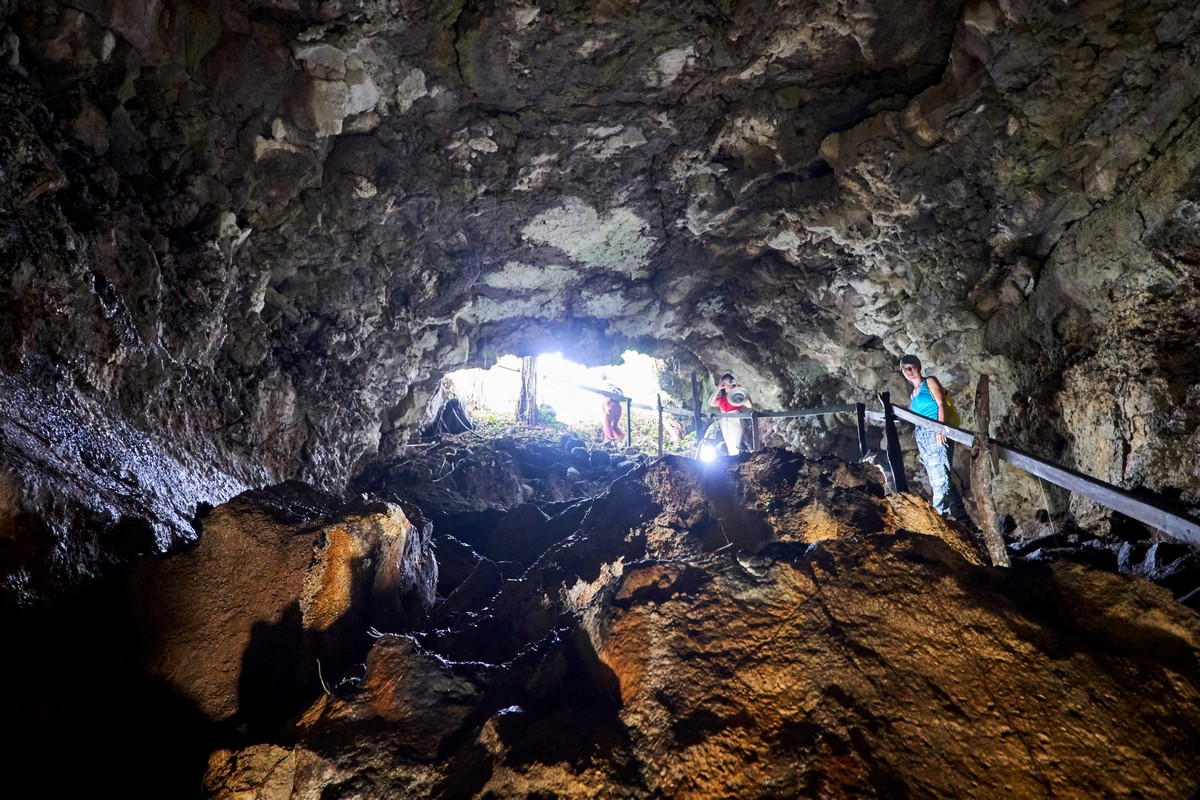 And this was the entrance:

And the volcanic-theme could have stopped right there, but for two other volcanisms: the two craters of Los Gemelos. Here they are:

Now, you might think that these are volcanic craters, but they aren’t. They’re sinkholes that formed by the earth’s surface there collapsing. That is, they were probably caused by the lava tubes underneath. Imagine the size of them?!

Btw, these craters are some 800 meters above sea level (if my memory serves me well), so there’s a completely different climate here. Though it’s a dry, barren (besides cactuses, that is) landscape down by the sea not too far away, up here it’s humid as heck and thus veritable jungle:

And by the edge of the craters: raspberry bushes! 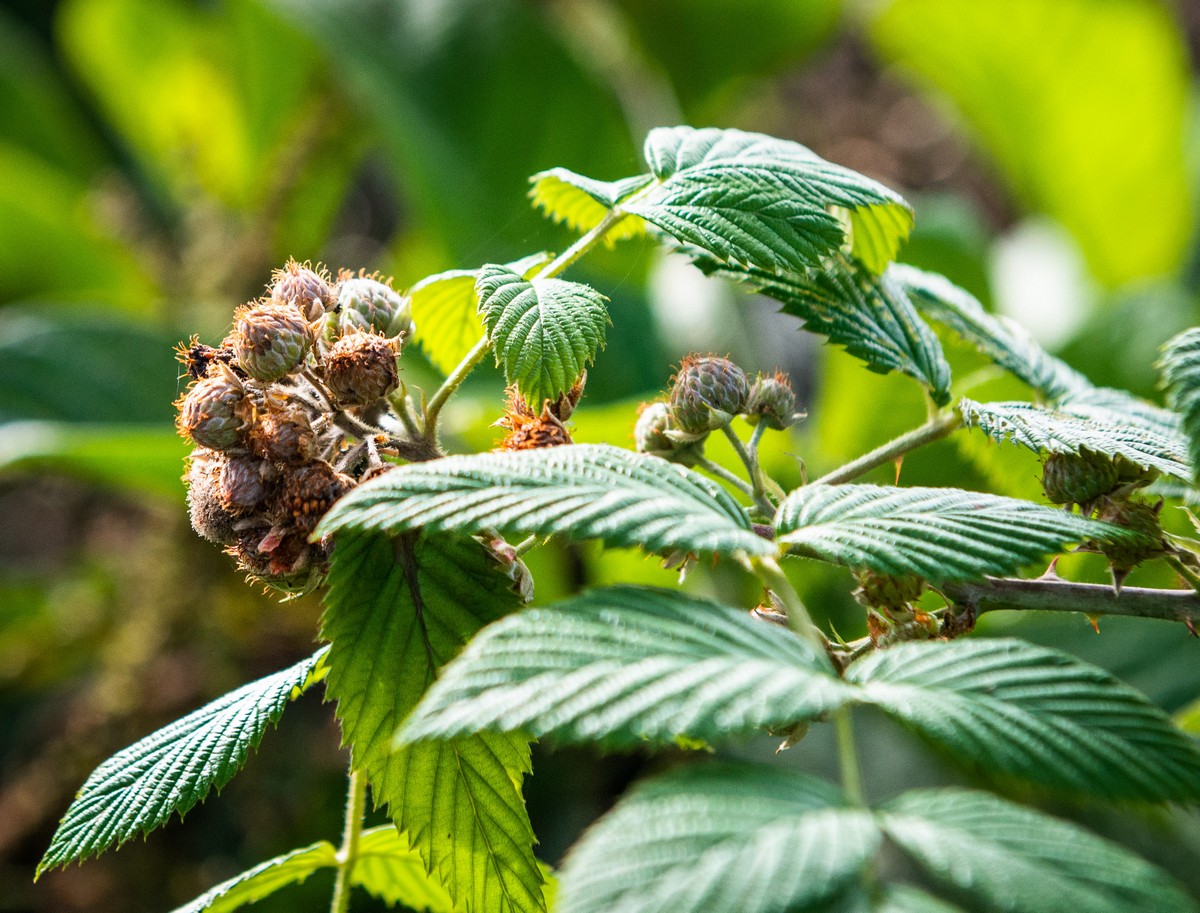 …And, these days, when you see something wholly unexpected and curious – you get out your smartphone of course! 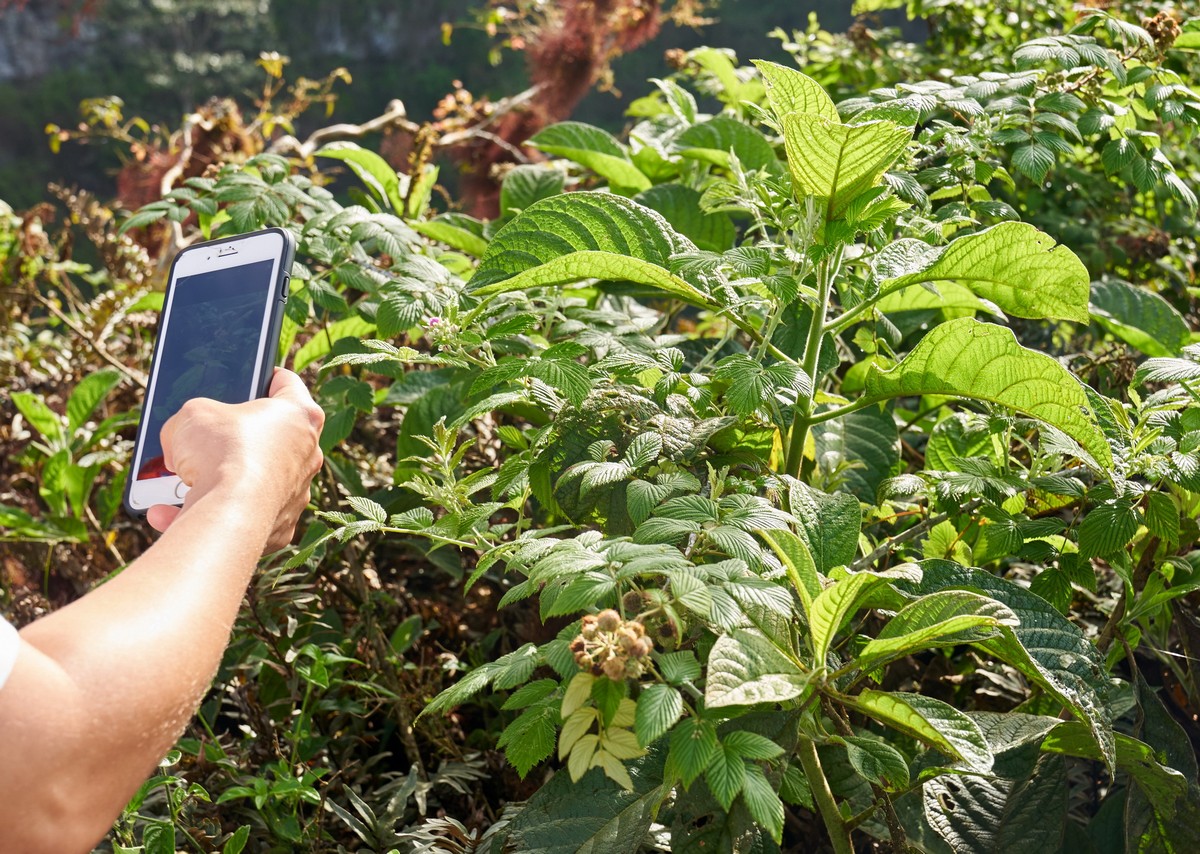 Alas the raspberries weren’t ripe. Which confused my somewhat. How can there be seasons here (in terms of fruit’s growth cycles) when it’s equatorial-sunny all year round? 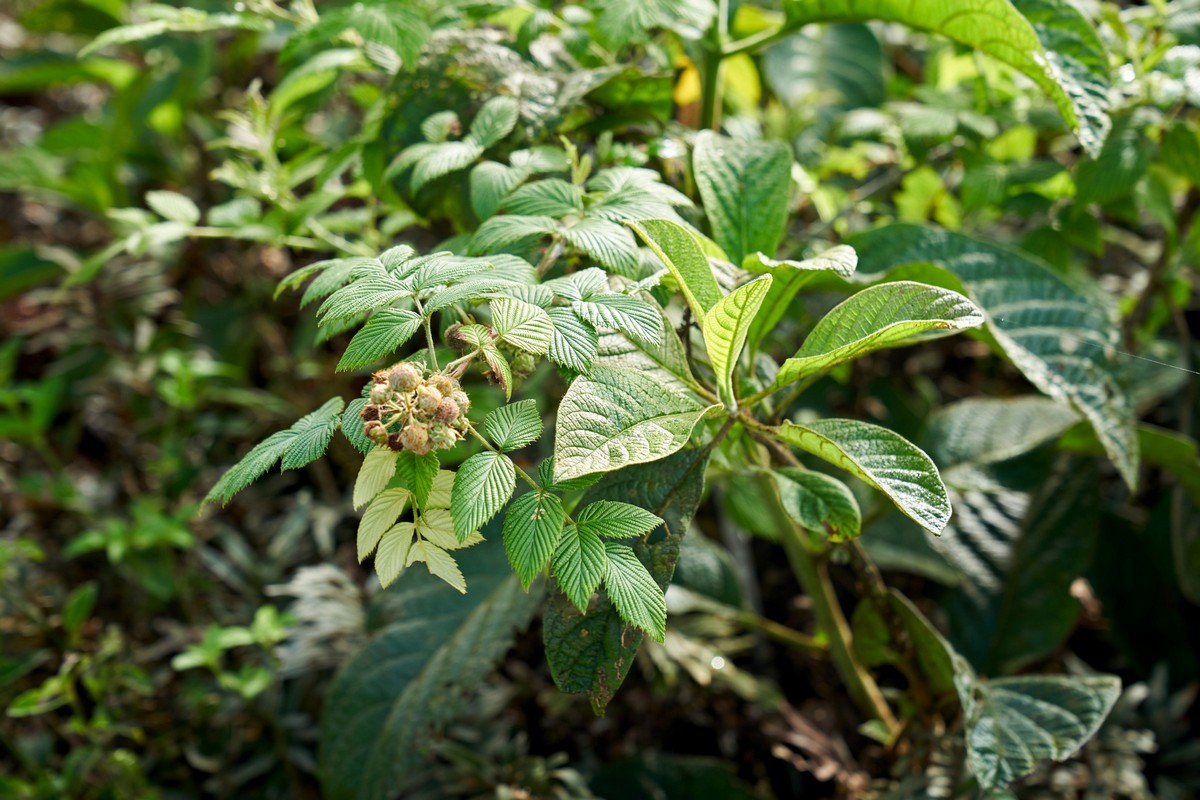 Aha! It seems there were some ripened raspberries after all – but they were right on the edge of the crater; trying to pick some would have been very risky if not suicidal.

Next up for us – the largest town of the island, and in fact of all the Galápagos Islands – Puerto Ayora, with a population of around 12,000. Charming little place by the sea it was too:

Though the largest settlement of the Galápagos – there was no one about at all! A bit reminiscent of Lille just the other week

The place was like a ghost town. There were clearly tourist-oriented attractions and amenities – just no tourists thereat!

There was more marine wildlife than Homo sapiens!

Only nearer the Charles Darwin Foundation did other folks come into view. Positively crowded almost ).

And that brought our Santa Cruz visit to a close. Santa Cruz: a tortoise fuss, cactus-trees in the breeze, lava tubes that once oozed, and Puerto Ayora with no señores or señoras ). All of it – quite evidently – must see!

Dusk: time for us to head back to the ship: 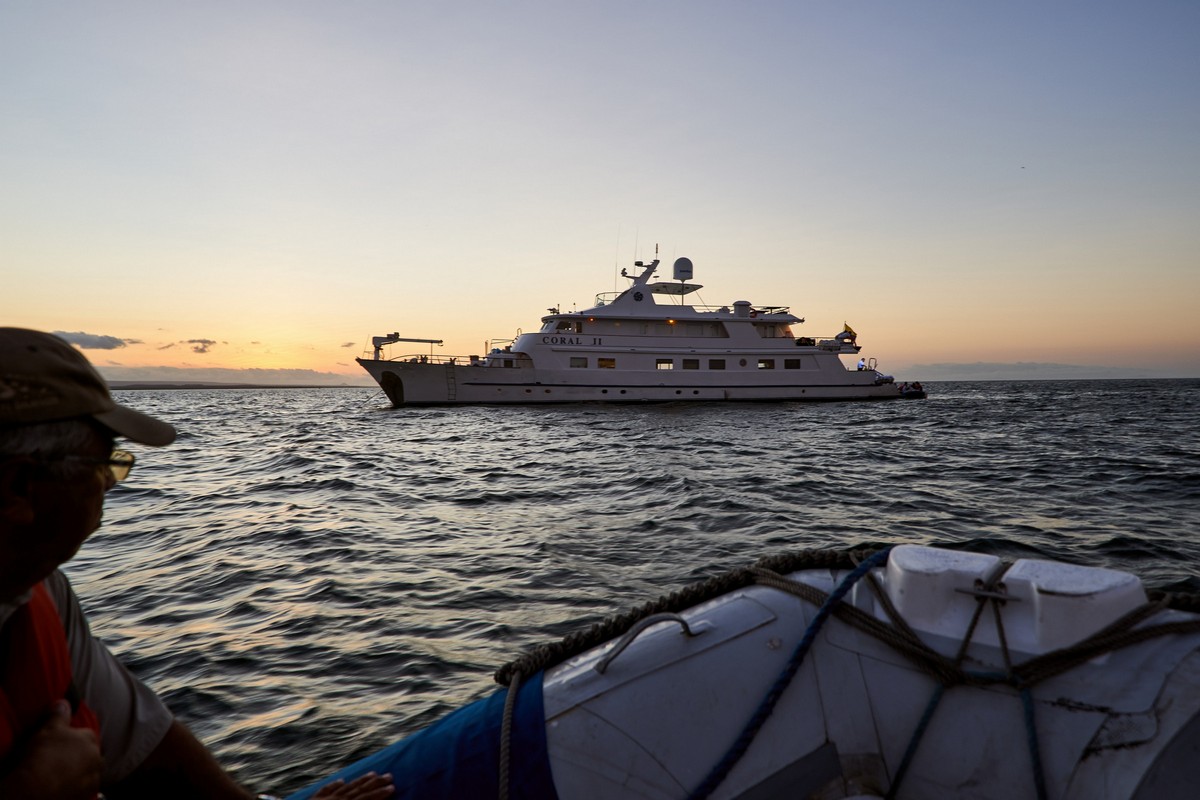 This day was a long one: 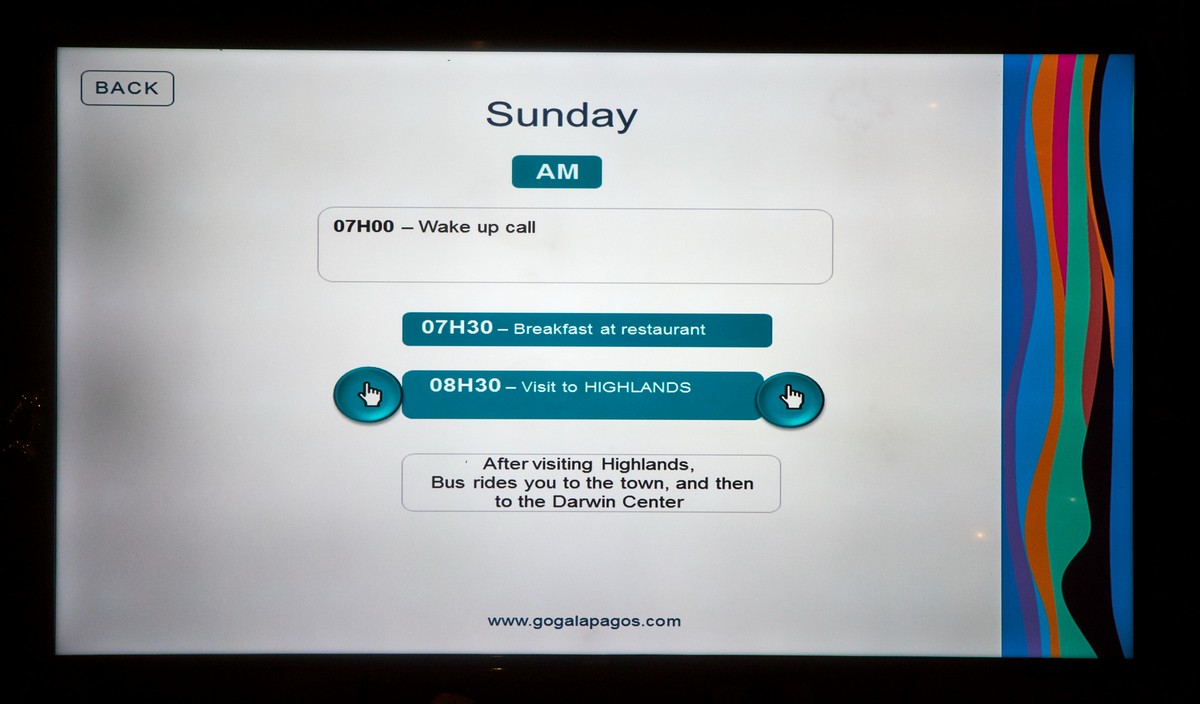 All the pics from Ecuador and the Galápagos Islands are here.