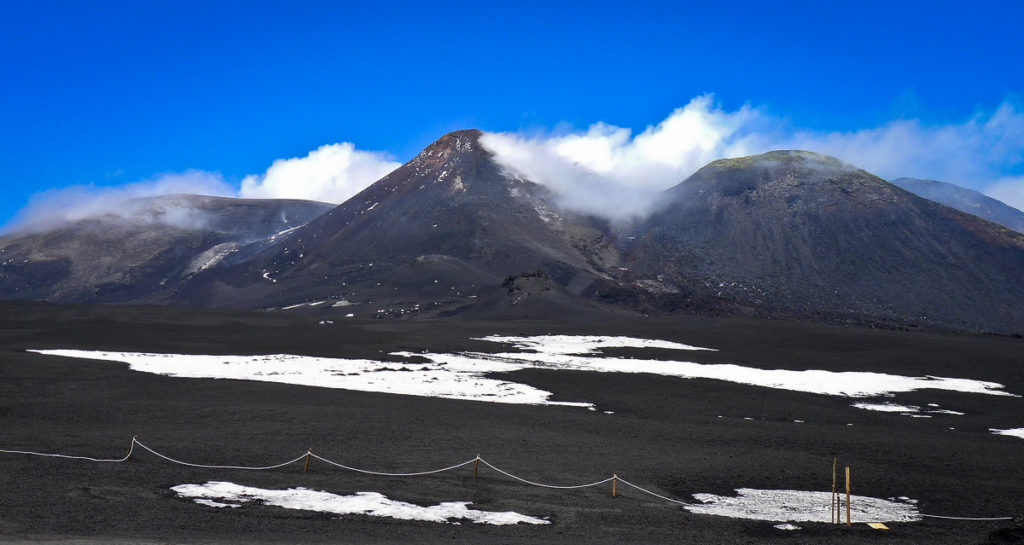 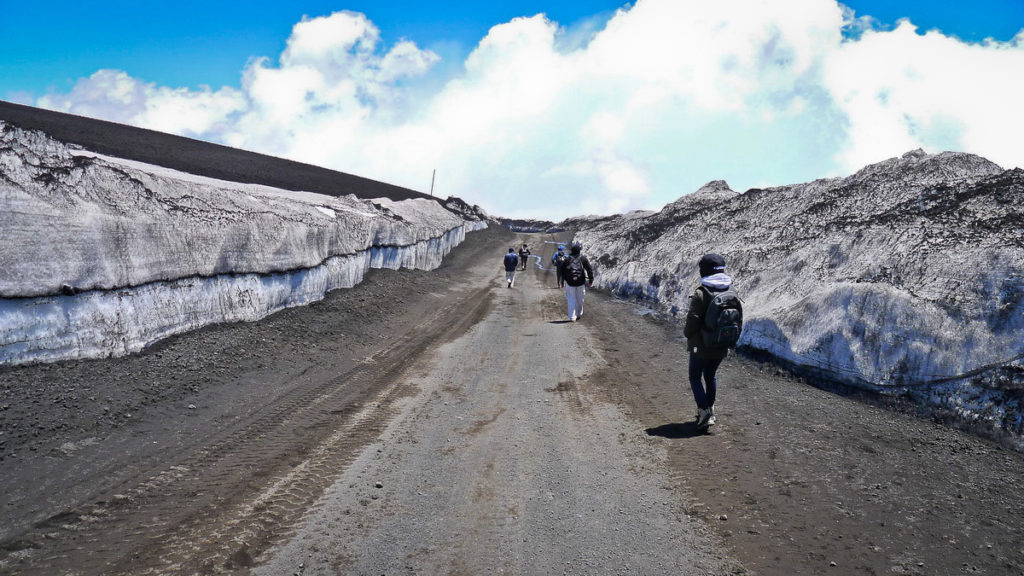 This lava apparently is fresh – from April of this year. 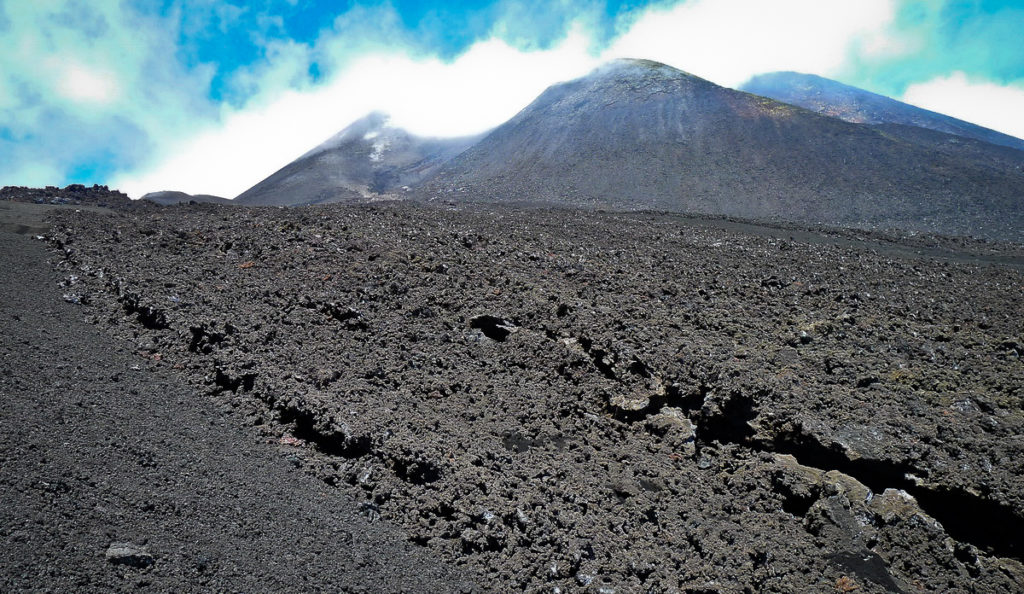 Other views from up Etna, including craters accessible for walkers. 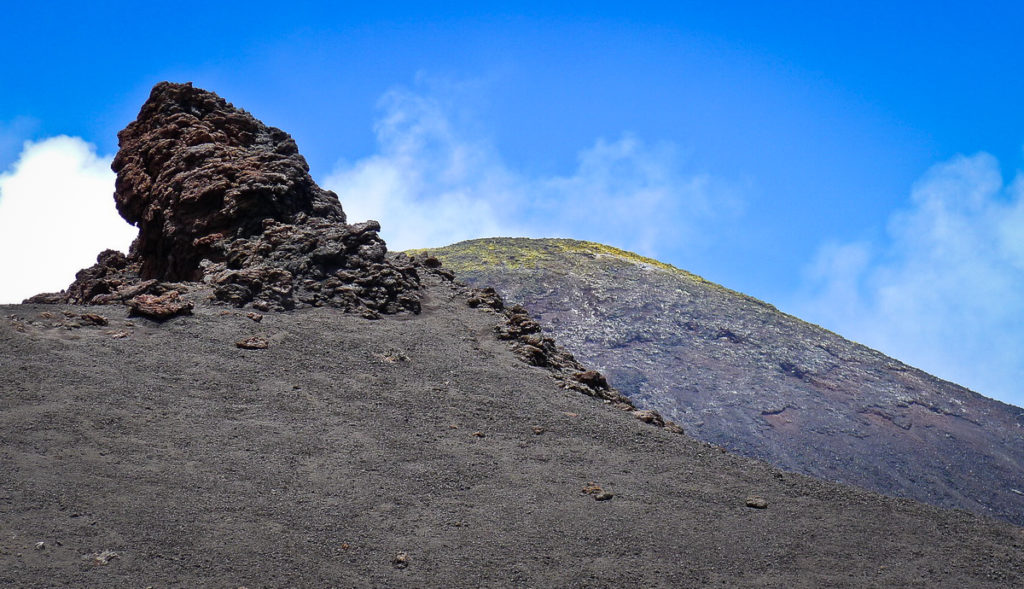 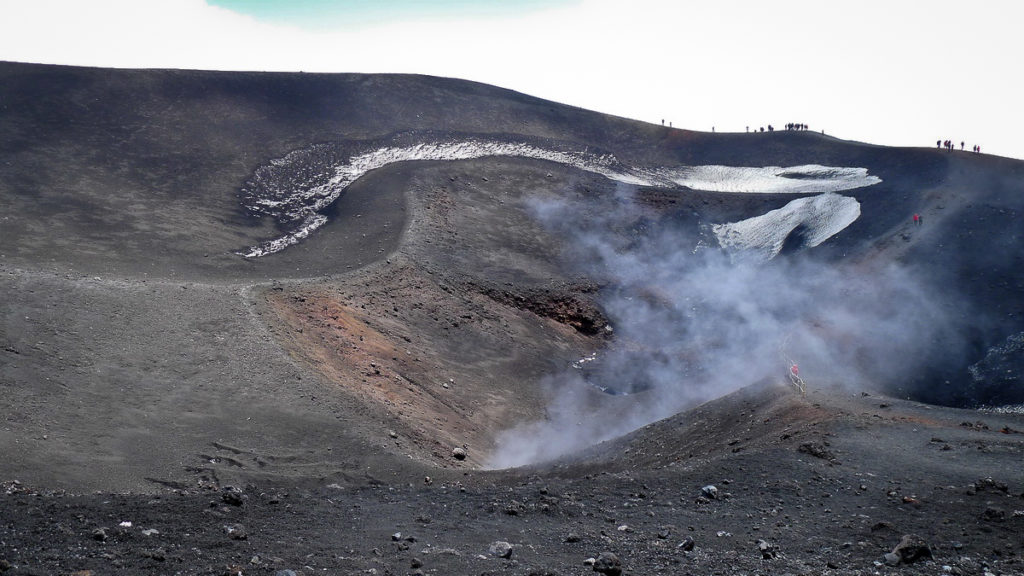 You can get to the highest accessible point of Mount Etna on foot with not too much effort, but for something like 60 euros you can get there on a lift and then on busses like these – almost to the very top. 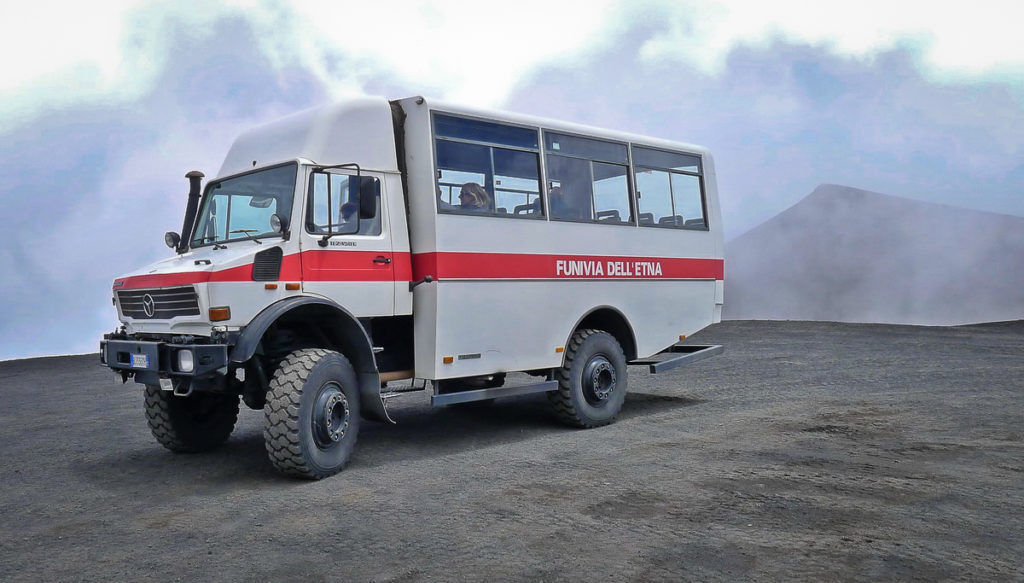 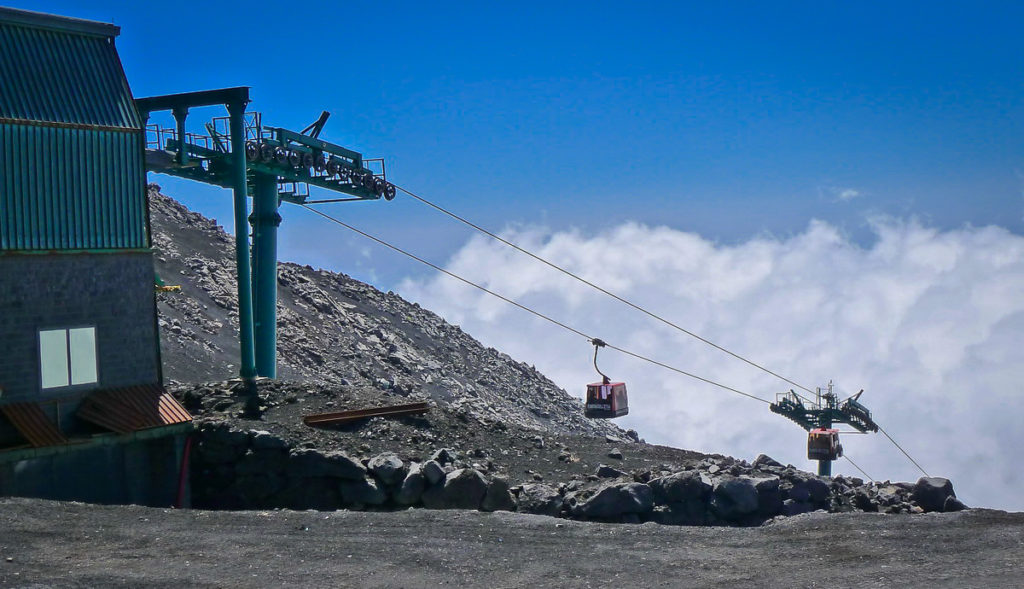 Volcanic lava tunnels (caves). They were formed by lava flowing, cooling, and hardening along their edges. Then the lava poured forth, and the tunnels remained. Impressive. There are known to be around 250 such tunnels, but there are probably thousands. 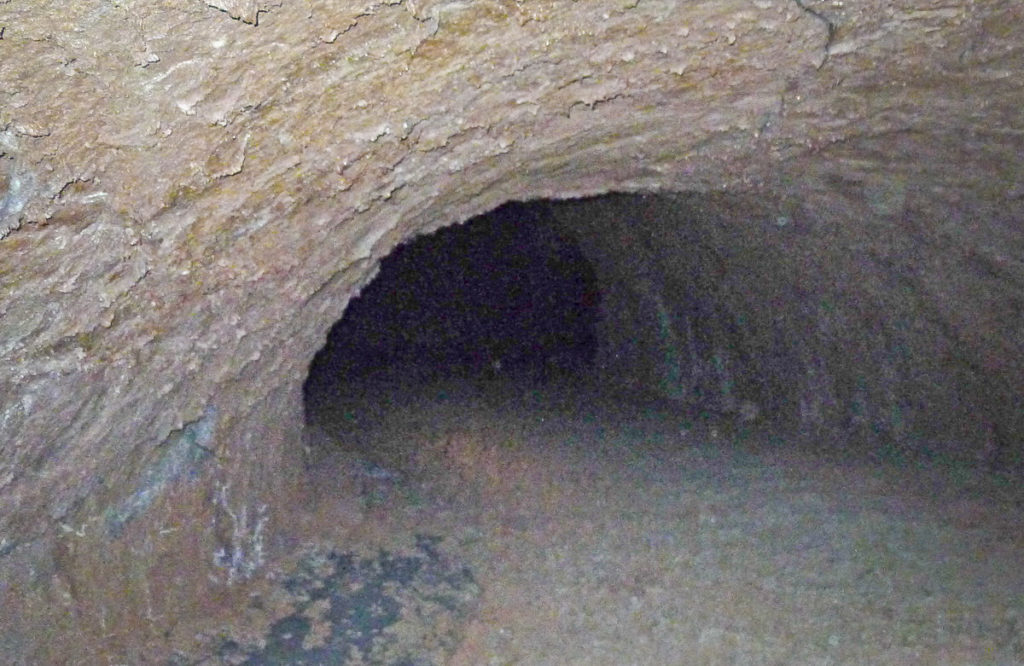 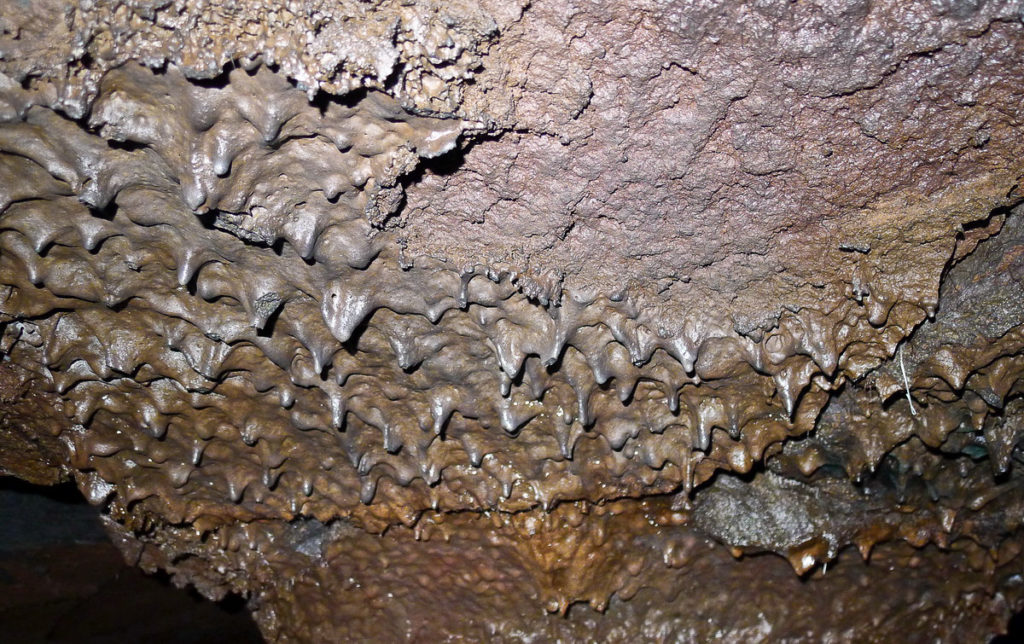 And this is what the “entrance” of this tunnel looks like. Its length is approx. 200 meters and it ends with a big lump of lava (not all of it flowed out). I heartily recommend checking it out for yourselves. 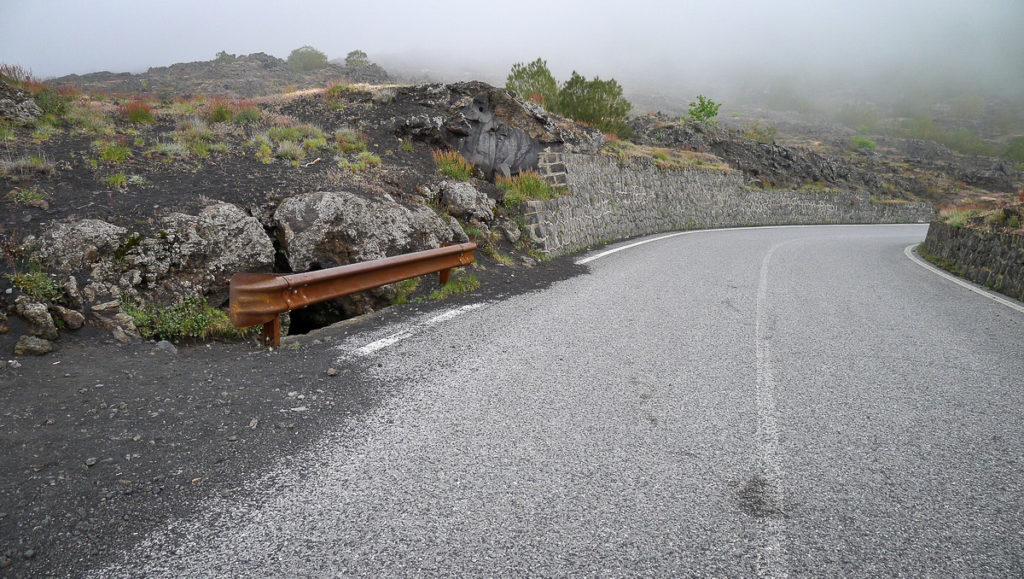 And some more views from all around.

By the way, here we had our Emerging Markets Partner Conference. This was our closing dinner (fans of The Godfather – take special note: Michael’s Sicilian scenes were shot around here). 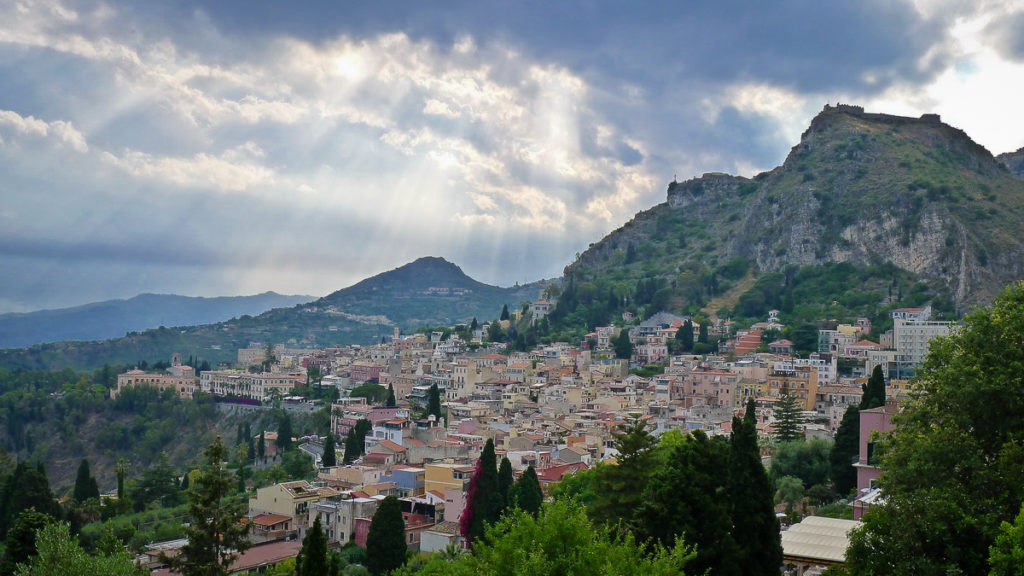 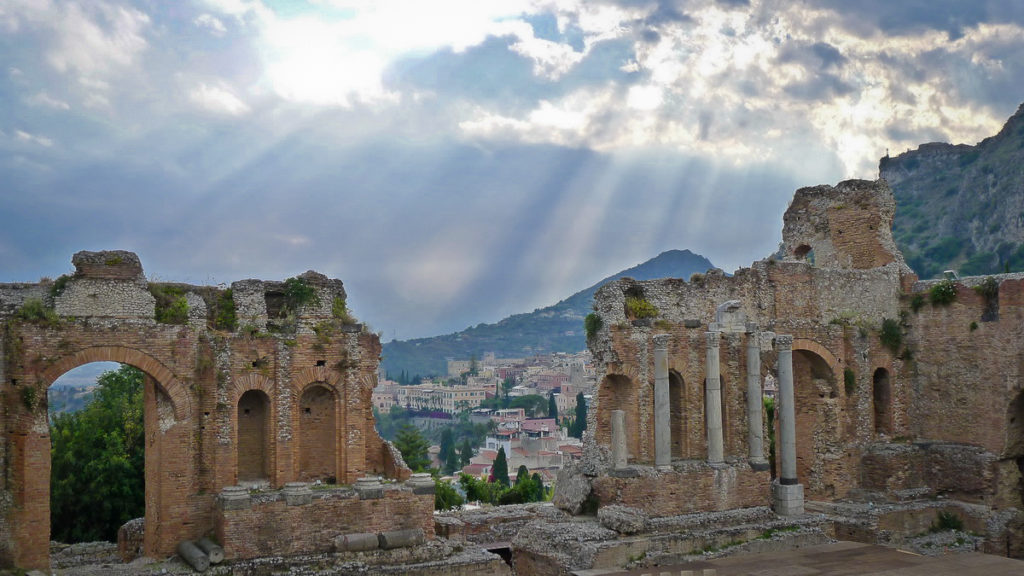 On the whole, Sicily’s is a very interesting, picturesque place full of rich heritage: highly recommended for a visit. Here you’ll find not only beaches, volcanoes, and fiery Sicilians, but also plenty of ancient Greek and Roman architecture and other antiquities. Didn’t know that…

And here’s another volcano that comes up out of the sea to the north of Sicily. 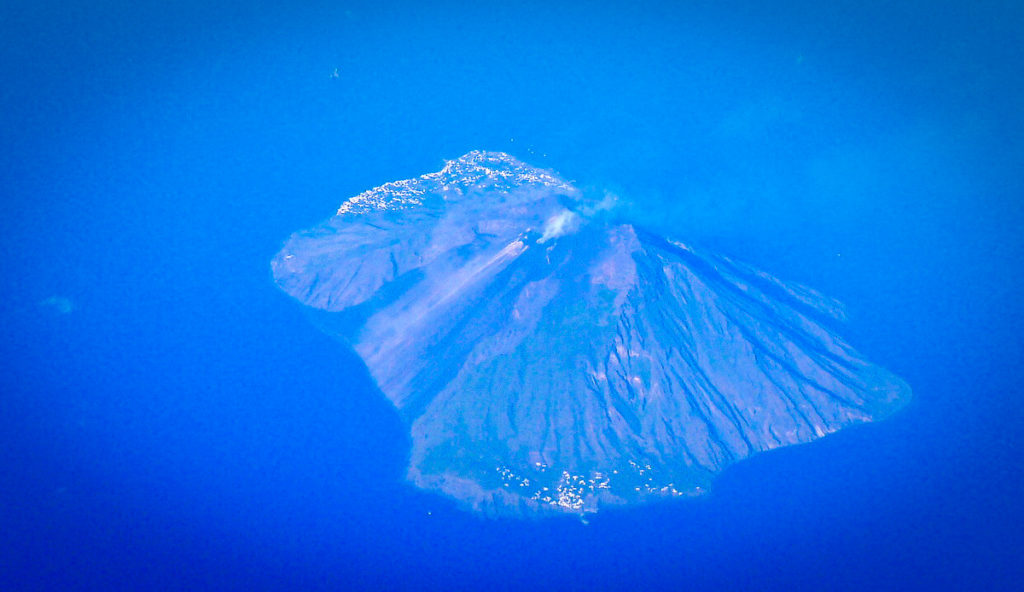 That’ll do for today, I think.