Indonesia is a country made up of many islands – around 17,000, actually! Plus its roads and drivers are hardly… autobahns and sensible Germans, respectively, either, as mentioned earlier. These factors together mean air transportation is very popular in the country (which has more than 130 airports!): national airlines have planes hopping between the country’s large cities like shuttle-buses at rush hour. So – all this flying; but what are the airports like? Mercifully – great! We used a full seven throughout our trip, and every single one was new, neat, tidy and clean – even the small provincial ones with just a few flights a day; here’s an example: Blimbingsari Airport near the city of Banyuwangi, which we headed to after climbing Ijen:

Btw, these bizarre contraptions belong to the airport: they’re used for working out wind speed and direction. And you thought they were to shoo away birds and insects from the crops? ).

We flew out of this airport to get to the next island on our Indo-itinerary, where, after orangutans, Borobudur, and several volcanoes, we decided a full day of chillage was necessary. Indeed, it was high time for a full recharge of the batteries. So off we flew, and oh-my-gorgeous: check out the views:

We land. We check in. We head straight to the beach by the ocean of course. At least – it looked like ocean; it felt more like a hot spring: the temperature of the water was a piping 31°C! Nope, it was indeed ocean ). 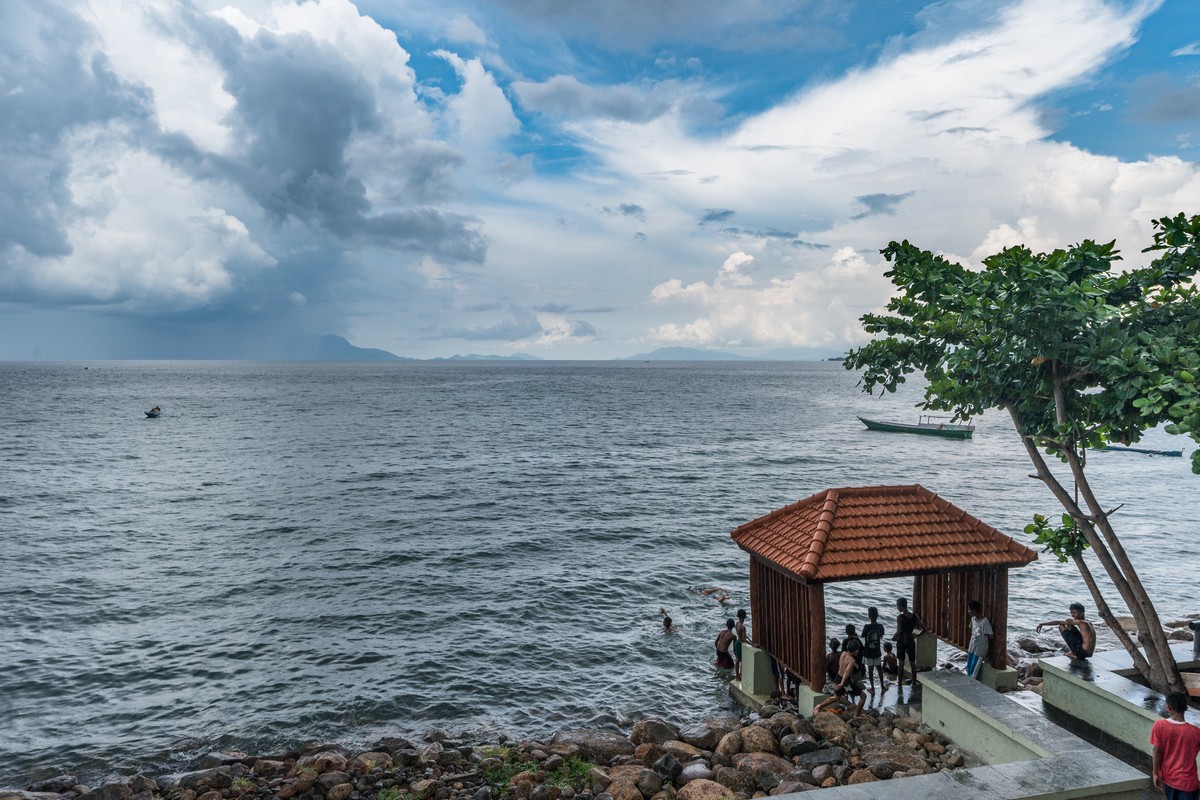 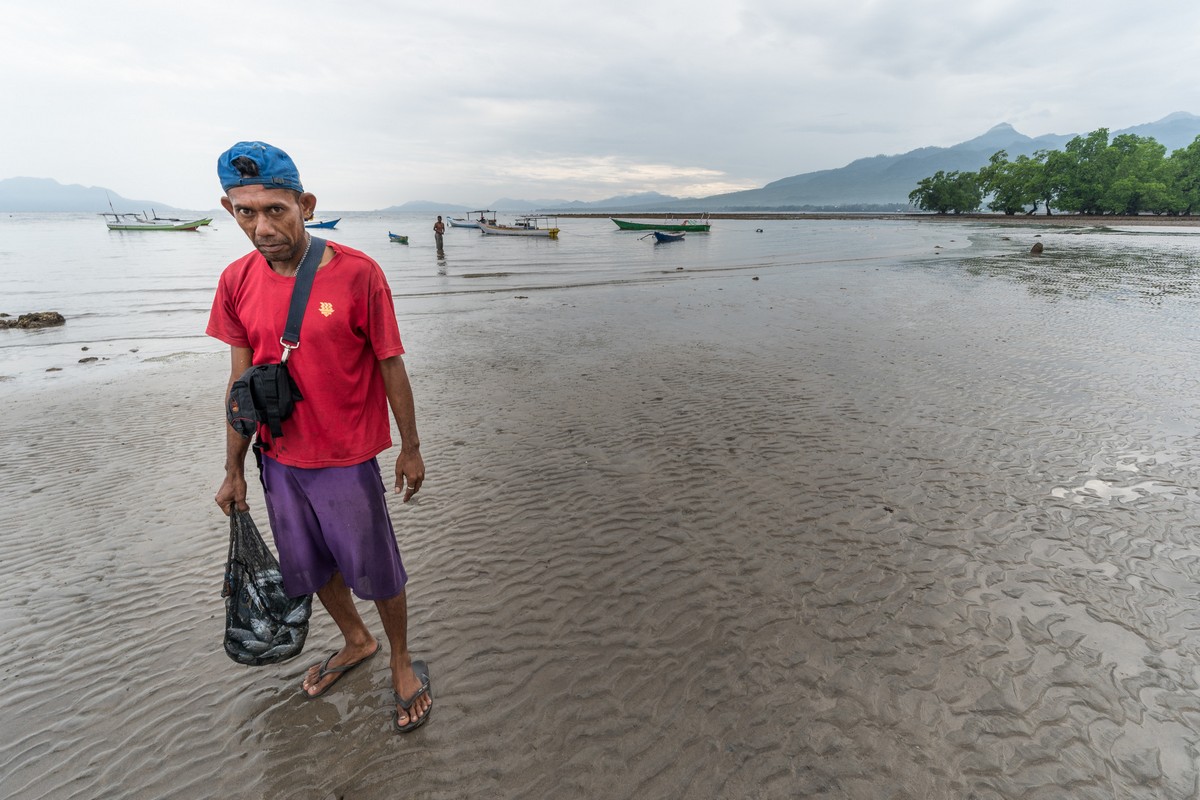 The hotel, unfortunately, even had Wi-Fi ).

Walking far out toward the receding tide and inspecting what’s been exposed in its wake is a fave pastime of mine. It’s a lot more modest here than, say, in Zanzibar, but still very cool:

Later in the day it started to rain. But that was only to be welcomed as it was so hot. The rain itself was warm too – just a little cooler than the ocean. It’s cooling effect – perhaps together with the breeze – chilled just the top layer of the seawater; under it, it was still piping hot à la hot springs ).

But our guides had the temerity to allow us only one day of such lounging and paddling and pottering and chillaxing (the cheek!). But we forgave them, for the next day there was scheduled yet another installment of… can you guess? Yep: volcanism!! Sadly – the last of our trip.

Bye for now folks! See you back here tomorrow!…