After our strenuous scaling of Merapi, we decided to lower the intensity a bit, and move from volcanism to Indonesian culture. Accordingly, next up: Borobudur – the world’s largest Buddhist temple.

The temple consists of several stacked platforms; the lower levels are square (with 100-meter-long sides), while the upper ones are round. “At the very top of the temple is a large dome. It is decorated with 2672 relief panels and 504 Buddha statues. The central dome is surrounded by 72 Buddha statues, each seated inside a perforated stupa.” – Wikipedia.

Here‘s the view of the whole complex from a satellite, while this is how my camera captured the temple: 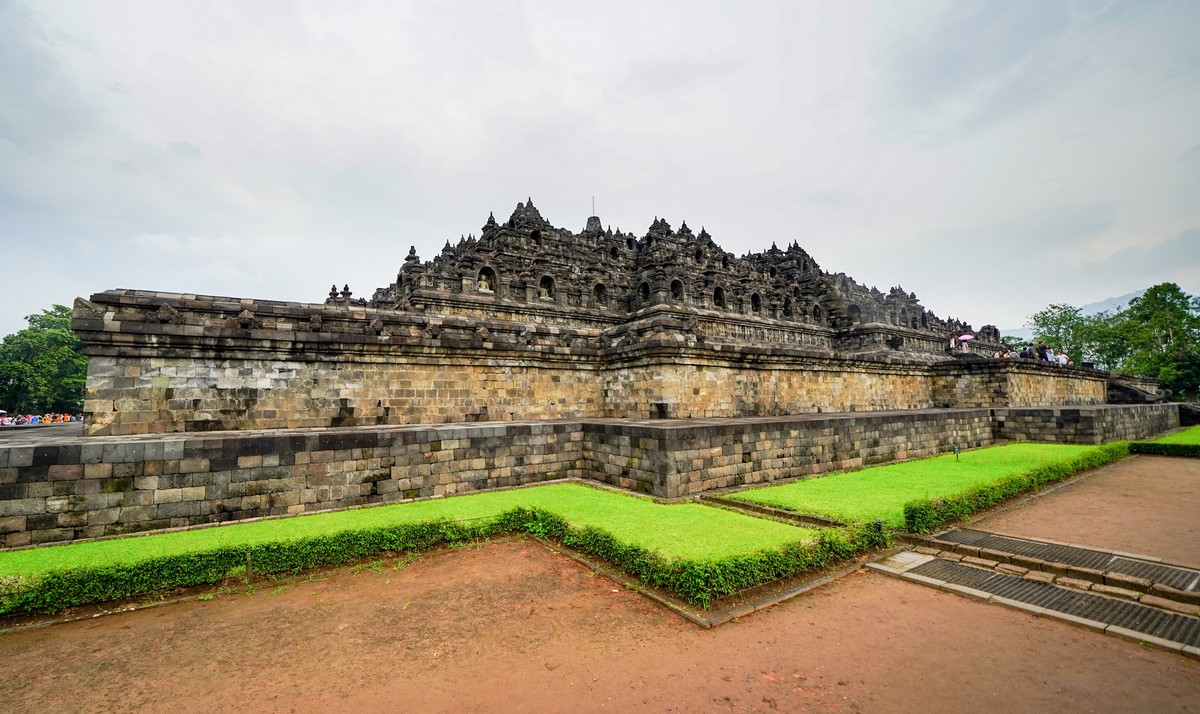 The attention to detail is rather staggering, reminding me a little of the Terracotta Army.

A brief history of the temple goes like this:

More than a thousand years ago there existed a Buddhist state, which around 800BC started building a temple, the construction of which took a whole century. Alas, in 1006AD, Merapi erupted (see the history thereof in yesterday’s post), burying everything around it under volcanic ash. The population migrated east and the temple and its stupas were forgotten for nearly a thousand years. (I have a feeling that the tribes that returned to the area centuries later might not even have known what was under their feet.)

The temple was discovered in the early 19th century – some 800 years after the eruption of 1006. The discovery amazed everyone. The temple was looted a bit, but then that stopped and a different fate was decided for the place: it was to be restored. Not long after that capital decision it became a tourist attraction, and remains so today.

The main stupa was also fitted with a lightning conductor: 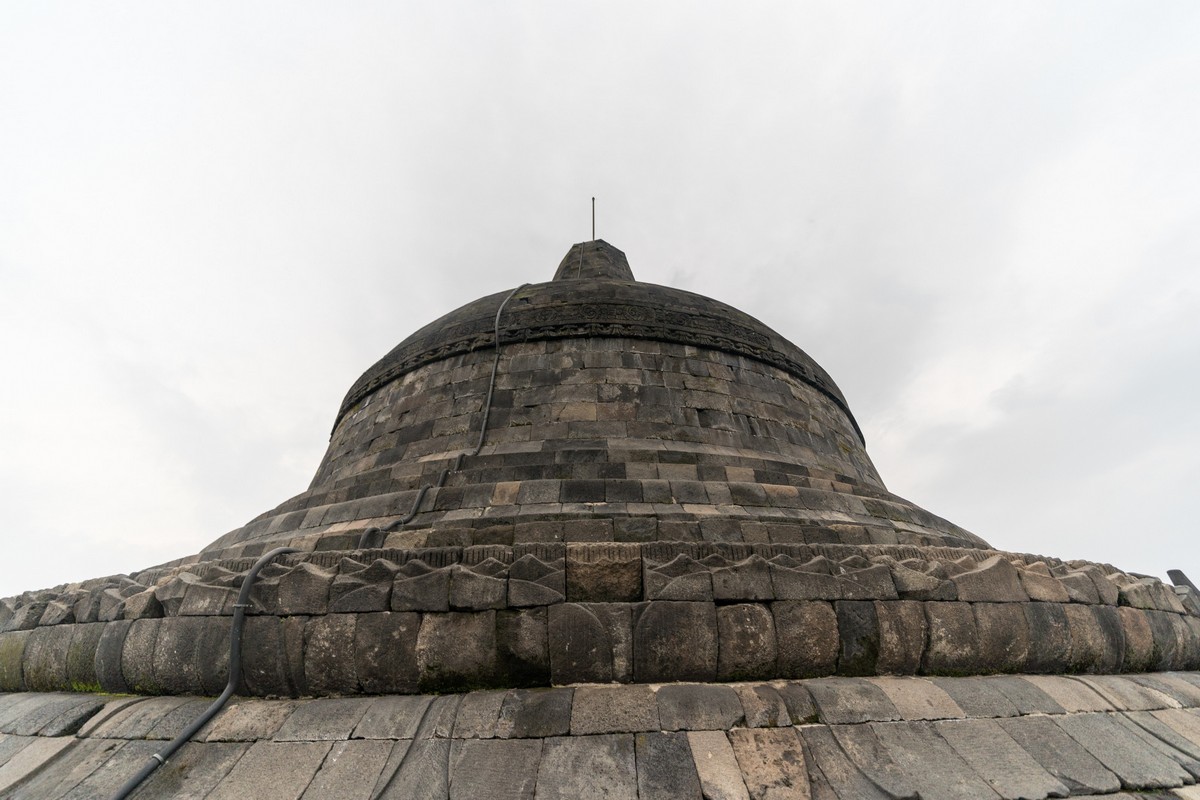 The number of wall carvings is rather astonishing (more than 2500), as is their quality, as already mentioned. They all depict different Buddhist themes; you could spend hours checking them all out in slow-stroll mode.

Some elements have clearly been renovated or re-built up again; other original bits seem to have been lost forever and in their place large rectangular blocks have been placed instead.

What’s interesting is that all the material used is of volcanic origin (hardly surprising) from the slopes of Merapi. It seems ironic: the volcano used for the re-construction material is the thing that destroyed the temple in the first place!

Naturally, crowds of tourists flock here. But dearer tickets can be bought for the dawn or dusk – and things are more exclusive then. We bought some sundown tickets (we saw the sunrise that morning up on Merapi), and didn’t regret it one bit. Around 5pm security asked the non-ticket holders to kindly leave the grounds. Only we were left! I mean – no one else remained at all! Wow, that is VIP service!

It’s difficult to describe walking around an ancient temple like this practically alone. No noise at all. Almost spooky. And then comes the sunset, which I’d forgotten about ). Bonus!

In a word: mind-blowing. I’ll let the pics do the talking:

And that was that. Borobudur. Yes sir.

All the photos from Indonesia are here.