After artists, penguins and whales, the time has come to talk about… Antarctic polar stations!

This may at first seem rather a dull topic, but I can assure you it isn’t. I mean, just how do folks live their daily lives so far from civilization? Remember – civilization here = ~0! No roads, no comms, no utilities, no shops, no schools, no… people – hardly ).

Just how folks live here depends on the location of a particular polar station.

Both the American Amundsen–Scott South Pole Station (right next to the South Pole) and the Russian Vostok Station at the southern Pole of Cold have a winter running ~ from May to September, when it never gets light – non-stop blackness for nearly six months! – plus temperatures among the coldest on earth. Both stations run completely autonomously every winter – meaning no one comes or goes for six months, and it’s hardly worth even stepping outside it’s that cold and windy. Lovely. Even the International Space Station is more hospitable for Homo Sapiens – at least they can hop down to earth when they need to. Here – the residents have to wait until summer for the privilege.

And talking of privilege, I was privileged enough to have been inside the Amundsen–Scott South Pole Station – the new, roomy, two-story one that’s still there today. Have a look at my pics – here. It even has its own hothouse.

The polar stations on the Antarctic shore have it easier – and the further north from the polar circle, the better (warmer). The inhabitants we met say that living conditions at the Belllingshausen Station are more comfortable than in the Russian Far North. And the pay’s better!

Here’s Bellingshausen, from both the inside and out:

So, fancy a stint of ultra-isolation for half a year? Thought not! Actually, even if you did – you’ve hardly a camel’s chance in Antarctica: the competition to be among the chosen few is really tough, we were told. Who’d have thought it?

END_OF_DOCUMENT_TOKEN_TO_BE_REPLACED

Hi folks! Herewith, more tales from the Antarctic side…

In this installment I’ll be telling you about the third most-important inhabitant of Antarctica – whales.

Whales are third-in-line in the Antarctic pecking order after penguins (second-in-line) and Antarctic Krill (top dogs crustaceans). What the Krill? King Krill? Never heard of them, right? Well this lesser known species is Antarctic city hall since it’s first in line in the food chain down here. It’s because of the abundance of this crustacean (I’m talking probably megatons thereof in polar seas) that both whales and penguins are able to get more than their fill of animal fat. However, Krill live underwater all the time so you never get to see any – and that went for us too, so I’ll not be telling you about them. I’ve already told you about penguins here. So next up – whales; specifically – humpback whales, which were the ones we saw… END_OF_DOCUMENT_TOKEN_TO_BE_REPLACED

Since there are no white, brown, or other bears in Antarctica – and for a short time just one green bear – I can’t tell you about such fearsome beasts. But it’s not all bad; for I can tell you about penguins, of which there are zillions here along the Antarctic shores. Check them out: 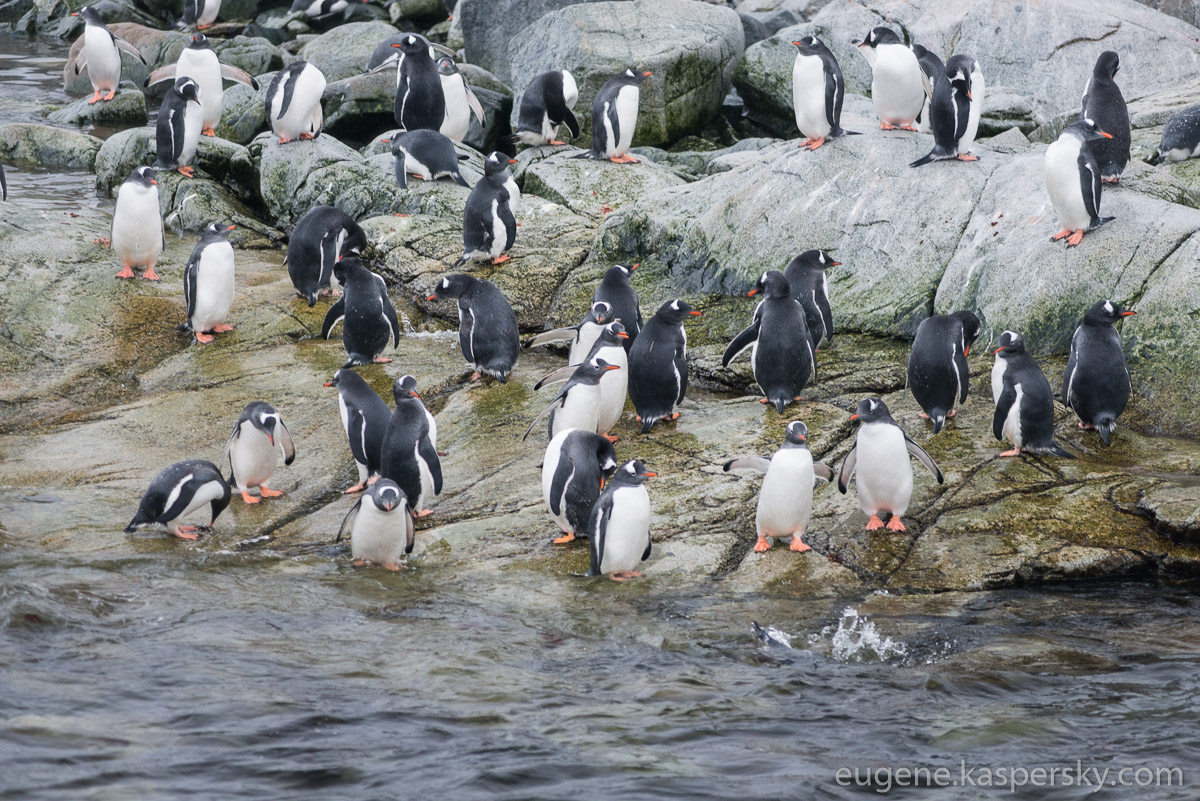 END_OF_DOCUMENT_TOKEN_TO_BE_REPLACED

Modern art. It’s a tricky one. It’s divisive. It’s polarizing. It can be ‘just too much’ for many – too avant garde, too unsettling; while for others it’s a natural, permanently fluctuating expression of the creative human spirit – in all its wildest, freshest imaginings. Nikita Khrushchev was firmly in the former ‘eh?’ camp, famously ranting, swearing like a trooper, pointing, shaking fists and assuring that his ‘grandchild could do better than this’ his when he visited a modern art exhibition in Moscow in 1962. But that was Khrushchev.

What I think the USSR General Secretary didn’t quite get was that modern art shouldn’t be taken at face value. Ok, let me try explain what I mean using a technique I’m very familiar and at-home with – mathematical induction. It shows me how many long-dead artists who are today renowned as geniuses often died poor or in disgrace. Only later – after prejudices of the day fade and the true merit of a daring modern artist becomes more and more widely recognized – only then does the man-in-the-street ‘get’ him. Only then does that same man-in-the-street realize his kind were responsible not only of tormenting an individual, but also a genius author who had contributed greatly to redirecting entrenched ways of seeing the world – aka, ‘world culture’ – toward new horizons.

Creativity is something eternal; it’s always been with us, and always will be. Just look at the walls of Neolithic caves covered with etchings. [Lengthy story that should/could be here – omitted for brevity’s sake.] Well that eternal flame of creativity is still going strong today – particularly here, on this here ship I’m writing this from. For here we have a group of contemporary artists of various genres and styles – and cultures – doing the modern kunst thing as they see fit – be it with installations or performances or whatever. I have to admit that I – like the above-mentioned man-in-the-street – don’t ‘get’ it all. But that doesn’t matter! Much like wise advice has always said that reading a book you don’t fully understand can never be a bad thing – not fully understanding modern art but still engaging with it is also no bad thing. For I really do respect modern art, in all its progressively perplexing ways. But you will have guessed that by now – what with us not only sponsoring the Antarctic Biennale, but with me personally taking part in it too… 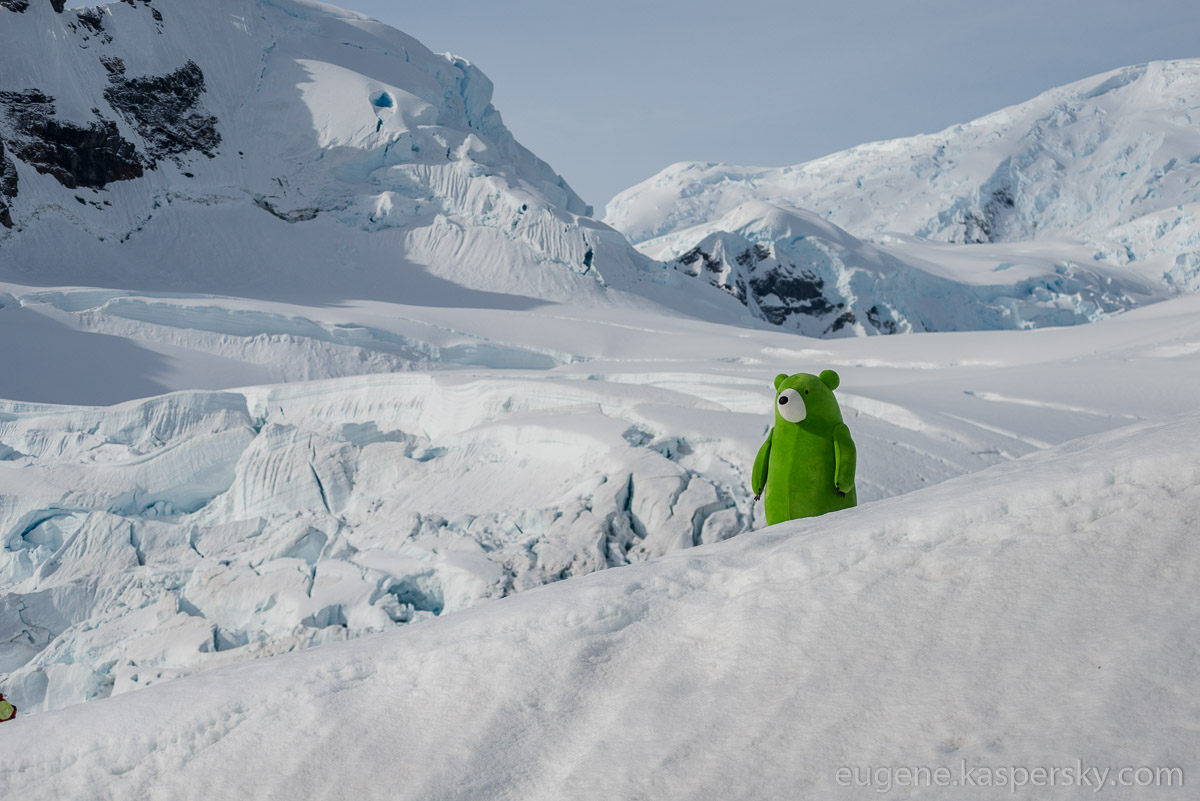 I write this from somewhere in Drake Passage, heading down to Antarctica with brave artists, installationists and performers, who over the next several days will be fully submerged in an Antarctic all-inclusive experience that’s never been done before.

All righty. I write this now after a few days of the expedition, and already a pattern has formed of what we do of a day here:

Every morning – and if possible, also every evening – the whole creative collective disembarks from the Vavilov onto an Antarctic island or mainland bit of Antarctica. They take with them earlier prepared installations, put on performances, arrange photo-exhibitions, and in plenty of other ways complicate their lives right there on the ice and snow. 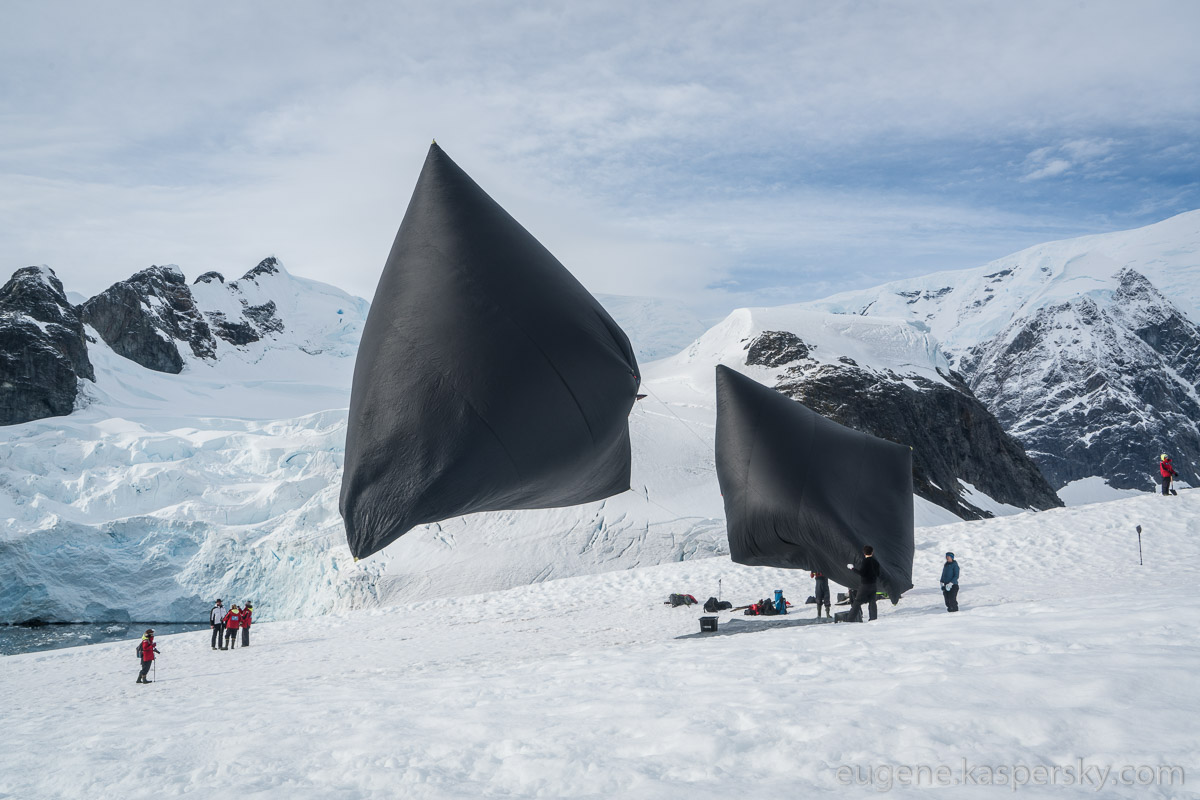 END_OF_DOCUMENT_TOKEN_TO_BE_REPLACED

It’s been a while, I know. However, I’ve a fairly good excuse: Antarctic comms leave a lot to be desired, and it’s there where I’ve been the last ~two weeks!…

Quick rewind…: If you can remember that far back, my latest spot of continent-hopping had gone like this so far: Jersey – Saint-Michel – Paris. Well, next up wasn’t in Europe, but in South America: the city of Ushuaia in southern Argentina.

This city fascinated us. Actually, not the city itself – though it is perfectly ok; it was the skies there that blew us away. Some kinda crazy hurricanic-typhonic steel-colored uniqueness. Seriously southern, seriously stunning. Perfectly fitting for the world’s most southern city… 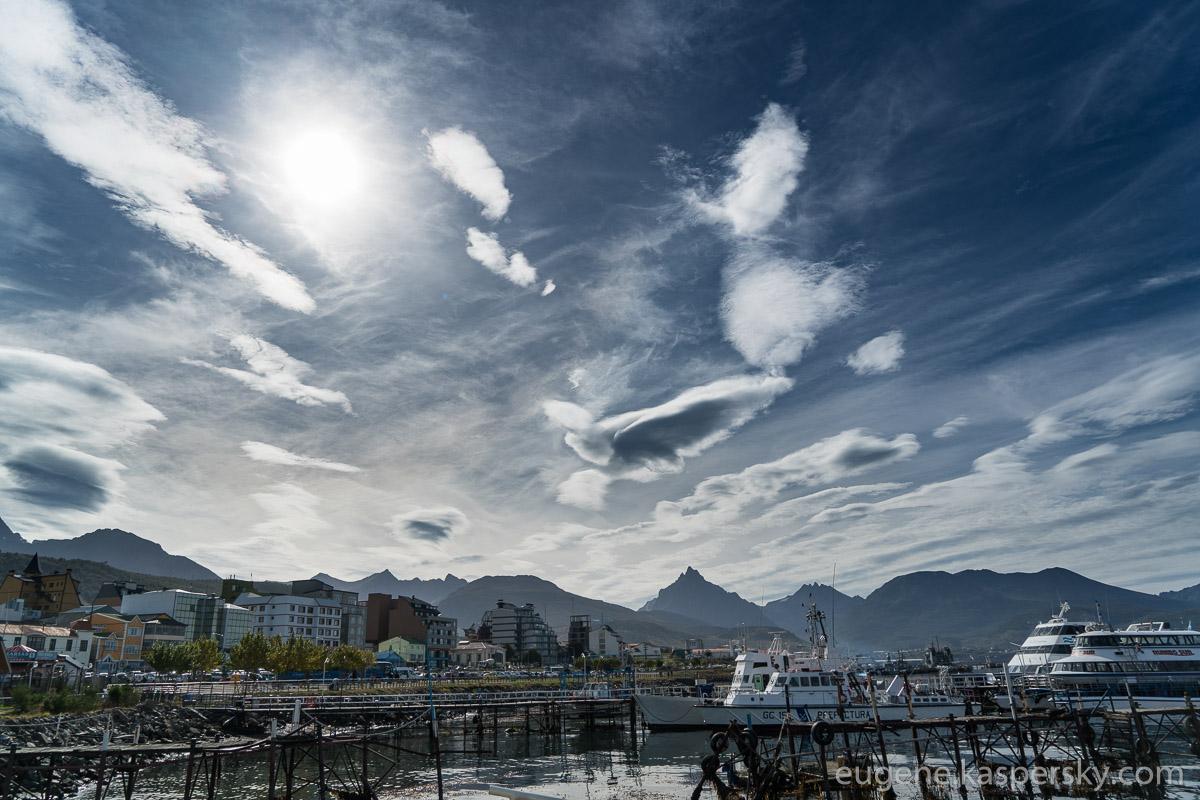