After artists, penguins and whales, the time has come to talk about… Antarctic polar stations!

This may at first seem rather a dull topic, but I can assure you it isn’t. I mean, just how do folks live their daily lives so far from civilization? Remember – civilization here = ~0! No roads, no comms, no utilities, no shops, no schools, no… people – hardly ).

Just how folks live here depends on the location of a particular polar station.

Both the American Amundsen–Scott South Pole Station (right next to the South Pole) and the Russian Vostok Station at the southern Pole of Cold have a winter running ~ from May to September, when it never gets light – non-stop blackness for nearly six months! – plus temperatures among the coldest on earth. Both stations run completely autonomously every winter – meaning no one comes or goes for six months, and it’s hardly worth even stepping outside it’s that cold and windy. Lovely. Even the International Space Station is more hospitable for Homo Sapiens – at least they can hop down to earth when they need to. Here – the residents have to wait until summer for the privilege.

And talking of privilege, I was privileged enough to have been inside the Amundsen–Scott South Pole Station – the new, roomy, two-story one that’s still there today. Have a look at my pics – here. It even has its own hothouse.

The polar stations on the Antarctic shore have it easier – and the further north from the polar circle, the better (warmer). The inhabitants we met say that living conditions at the Belllingshausen Station are more comfortable than in the Russian Far North. And the pay’s better!

Here’s Bellingshausen, from both the inside and out:

So, fancy a stint of ultra-isolation for half a year? Thought not! Actually, even if you did – you’ve hardly a camel’s chance in Antarctica: the competition to be among the chosen few is really tough, we were told. Who’d have thought it? 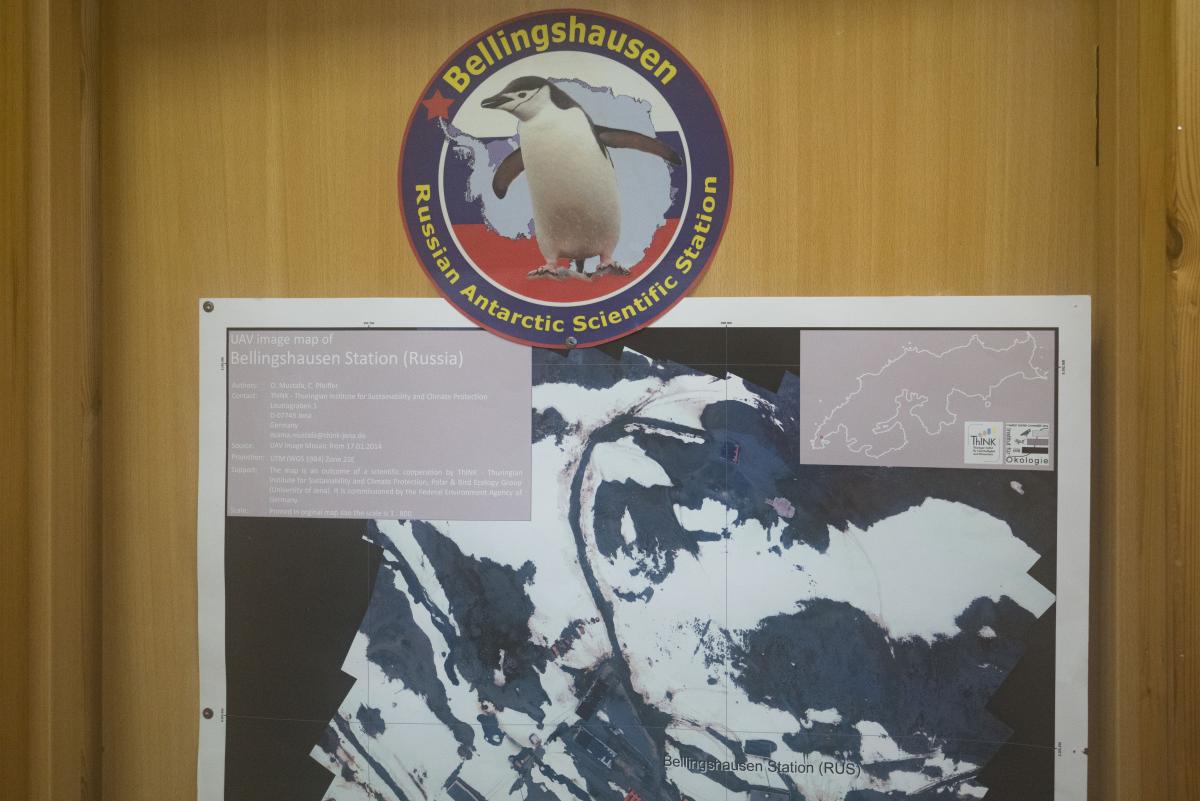 Another interesting thing the ‘locals’ told us at Bellingshausen was how there’s currently a bit of a boom up on the other side of the planet; i.e., at Arctic polar stations. Reading between the lines they were pretty envious, as they’d seen no construction of new installations down here at all – never mind a ‘boom’. I hope that the time will soon come for new research projects, so they can catch up with their northern polar counterparts. 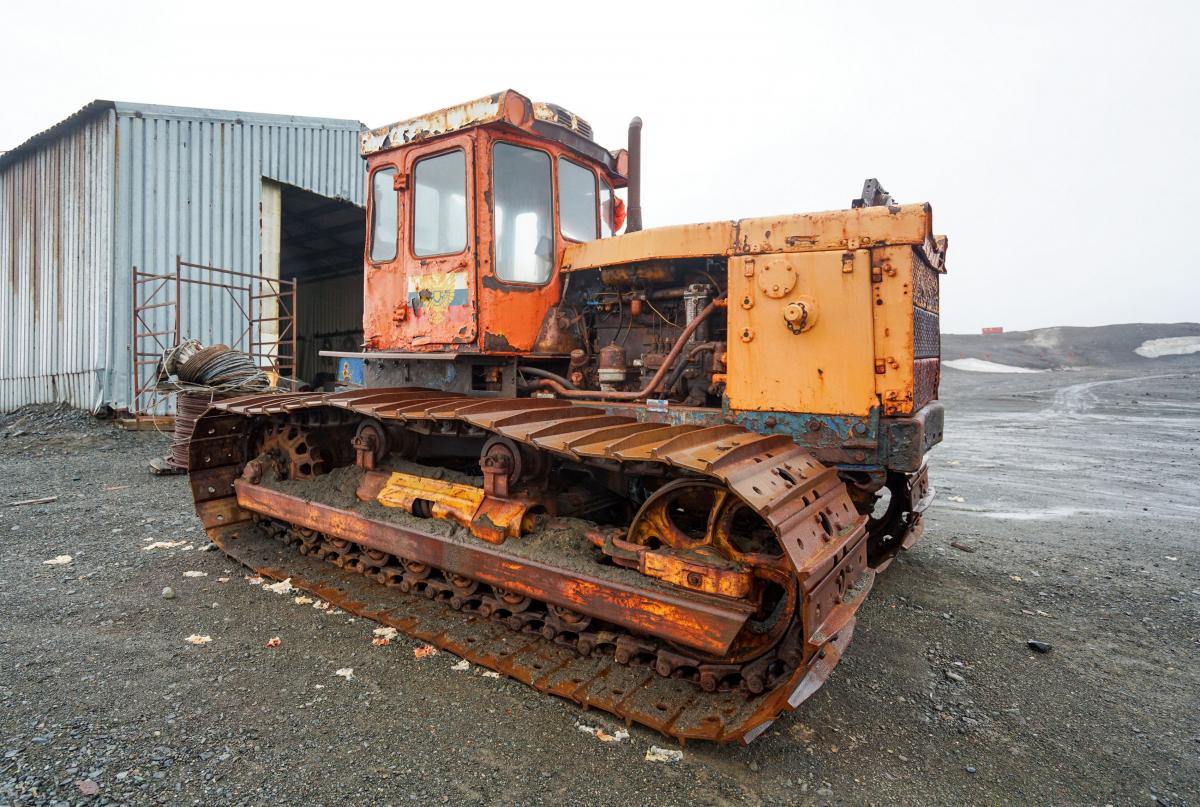 By the looks of it this antique piece harks back from Soviet times. Ah, my suspicions are confirmed by the crew here. Turns out it has a story to tell…

When the CCCP collapsed, the tractor – like the crew itself that year (!) – was simply abandoned: no replacement crew, no seasonal cargo from the motherland. Nice! But this tale doesn’t stop there…

Long before said CCCP collapse, the tractor was intended to service all the polar stations in the area, and since quantities of delivered fuel back then were always to last a zillion years ahead (a quirk of the communistic centrally-planned economy, to put it diplomatically), and such a tractor in capable hands would last forever (built-in obsolescence was an exclusively capitalistic phenomenon:), well, the left-out-in-the-VERY-cold crew had no other option than to live off mentioned (vast) supplies of diesel. How? By renting out tractor services. The most popular business for them came from other polar station crews who wanted rid of rotting whale carcasses from the beach near them (washed ashore occasionally in storms). Why? Ever smelled a rotting whale corpse? You can guess the rest :).

Here are all the polar stations in this corner of Antarctica; the one at the back is the Chilean Frei base:

The Chilean base looks a lot more convincing than the modest Bellingshausen; it’s a lot larger too – with 10 times more polar ‘staff’.

There are nearly a hundred polar stations on Antarctica – some seasonally-manned, others permanently-manned. Here‘s the list of them. Some have mere quasi-polar-station status, it transpired: there’s a collection of buildings, but no diesel cistern, no cables, no generators (no electricity). Hardly a ‘polar station’ – you couldn’t even spend the night without freezing. We were told the Argentinians are known for such phantom stations :).

But not all Argentinian polar stations are created equally! Here’s the fully functional Brown station. It’s situated on the shore of a breathtakingly beautiful bay, understandably called Paradise!

Here’s a short tale highlighting the harsh psychological effect of living on the world’s harshest continent.

We were told how, back in the 80s, when Brown’s crew was switched they forgot to send a replacement doctor. The existing one had to serve another season at the station. Not a happy doctor. So intensely unhappy, in fact, that he razed the station to the ground!

Next up – the Ukrainian Vernadsky Research Base, formerly the British Faraday Station:

Oh my gorilka! $3 a shot! They say they’ve a big cistern full of the stuff. So, not only could you go crazy (become an arsonist), you could easily let yourself go to the drink too! 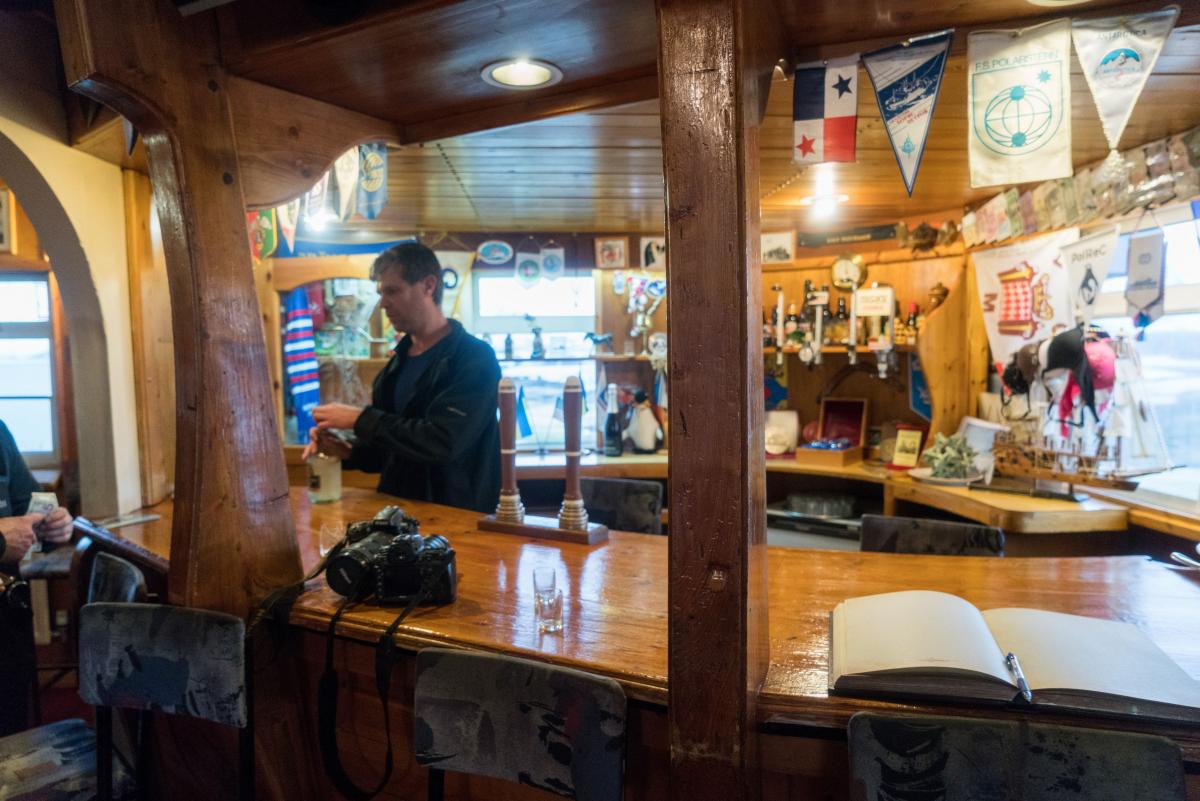 I have to disagree with the following: 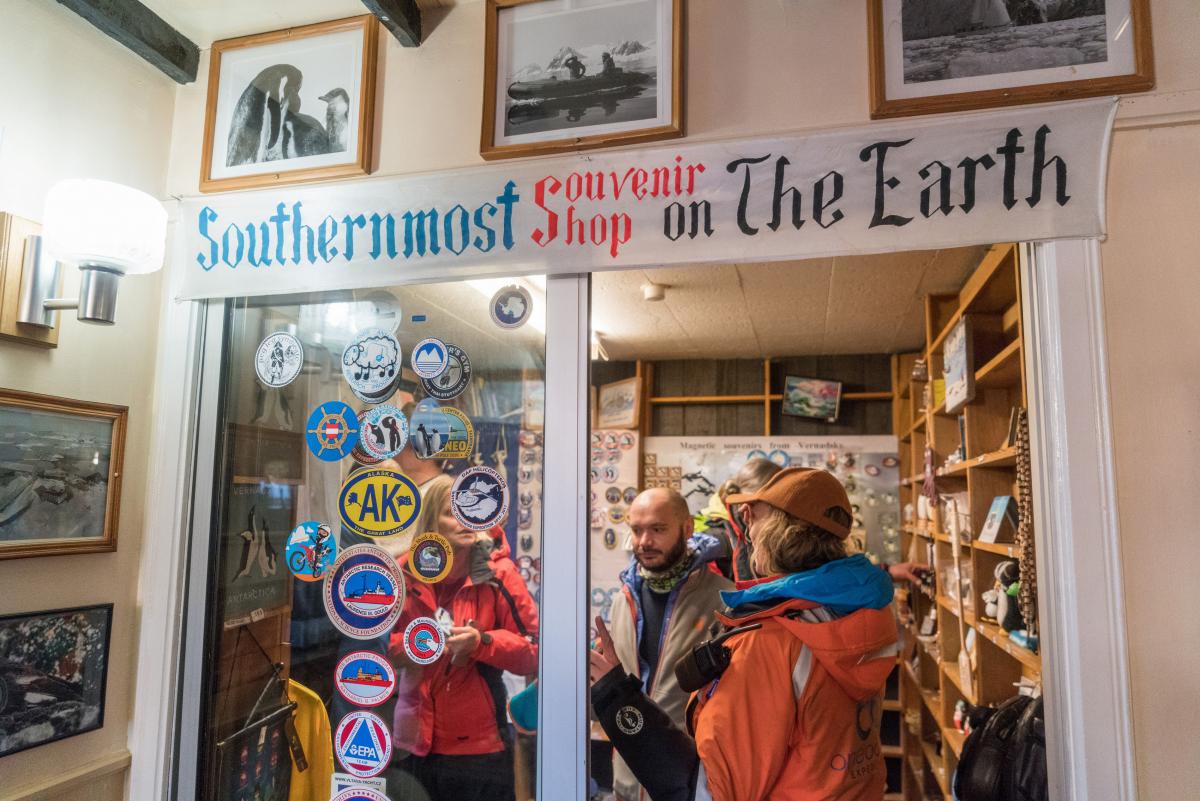 …It’s not: there’s a souvenir shop at the South Pole!

Wordie House – an old British station from the 1930s. It’s now just a museum – free at that. And on Monday’s – a discount.
‘The southernmost museum in the world’, no doubt :).

To finish, a few less pretty pics (taken by D.Z.) of Deception Island – in particular of its abandoned (whale) fishing village:

All the Antarctic pics are here.

Back tomorrow folks with the next Antarctic installment!…