Hi folks! Herewith, more tales from the Antarctic side…

In this installment I’ll be telling you about the third most-important inhabitant of Antarctica – whales.

Whales are third-in-line in the Antarctic pecking order after penguins (second-in-line) and Antarctic Krill (top dogs crustaceans). What the Krill? King Krill? Never heard of them, right? Well this lesser known species is Antarctic city hall since it’s first in line in the food chain down here. It’s because of the abundance of this crustacean (I’m talking probably megatons thereof in polar seas) that both whales and penguins are able to get more than their fill of animal fat. However, Krill live underwater all the time so you never get to see any – and that went for us too, so I’ll not be telling you about them. I’ve already told you about penguins here. So next up – whales; specifically – humpback whales, which were the ones we saw… 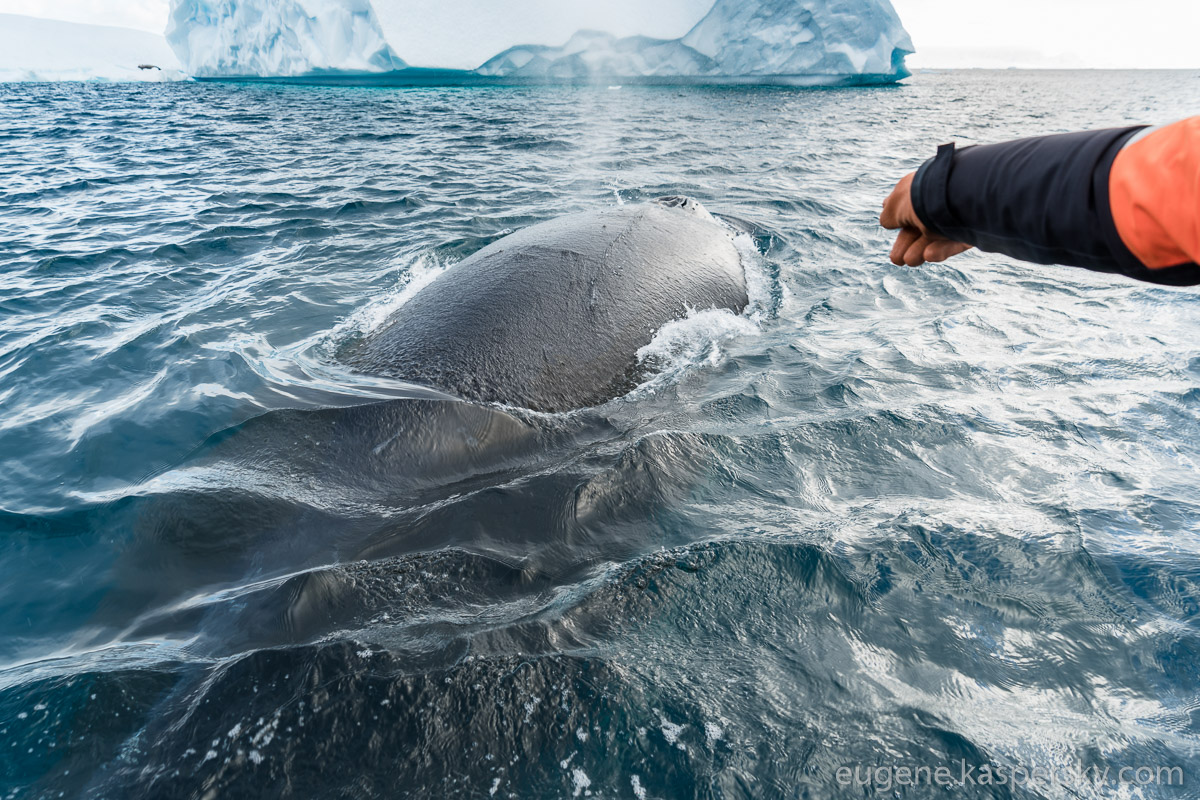 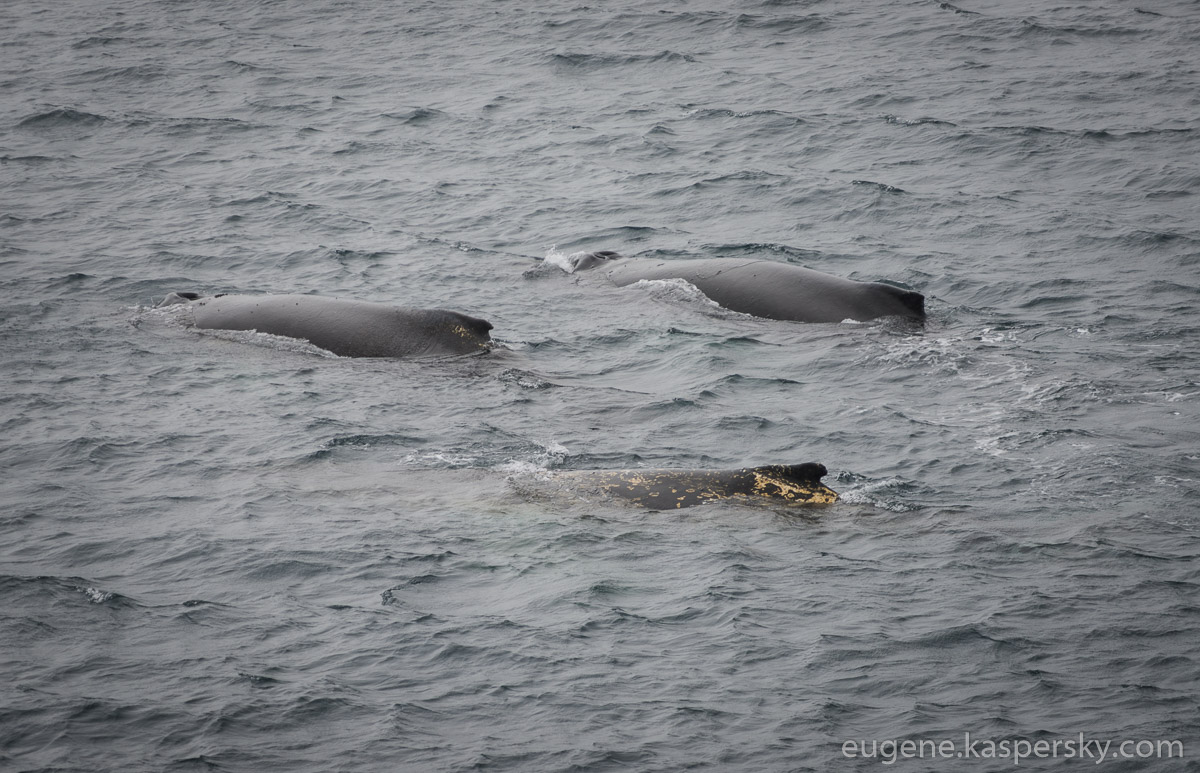 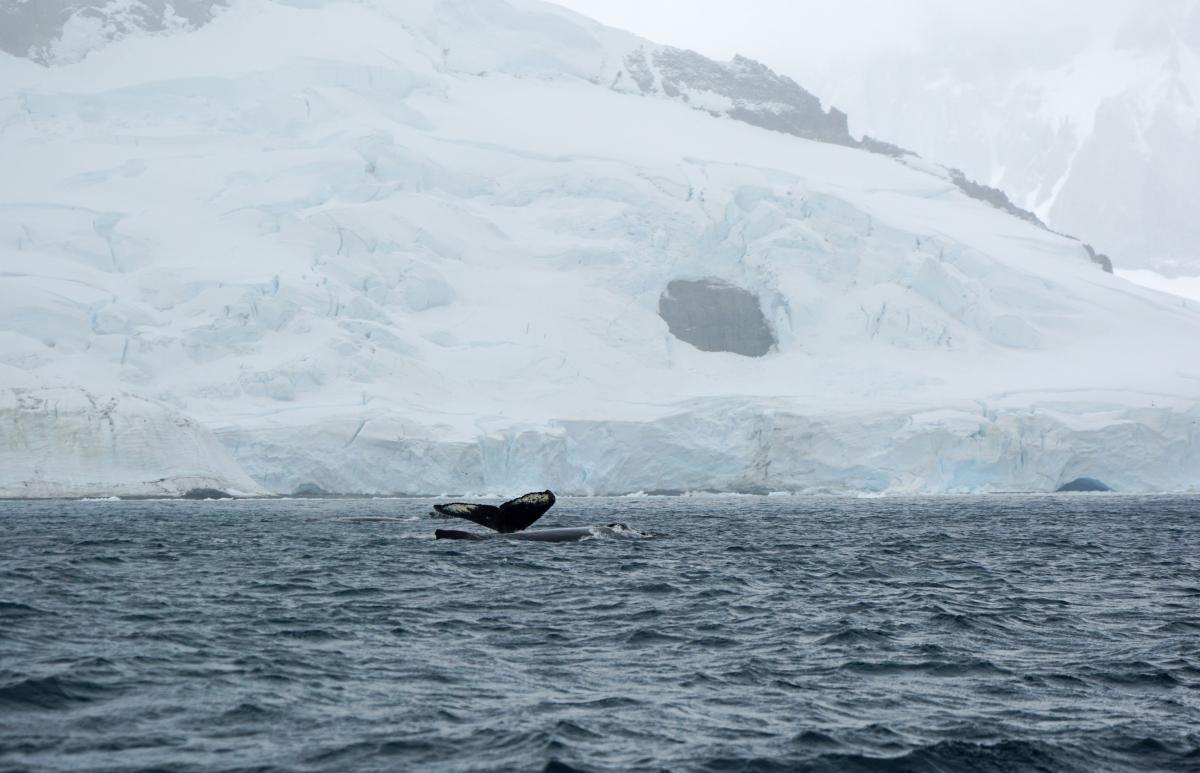 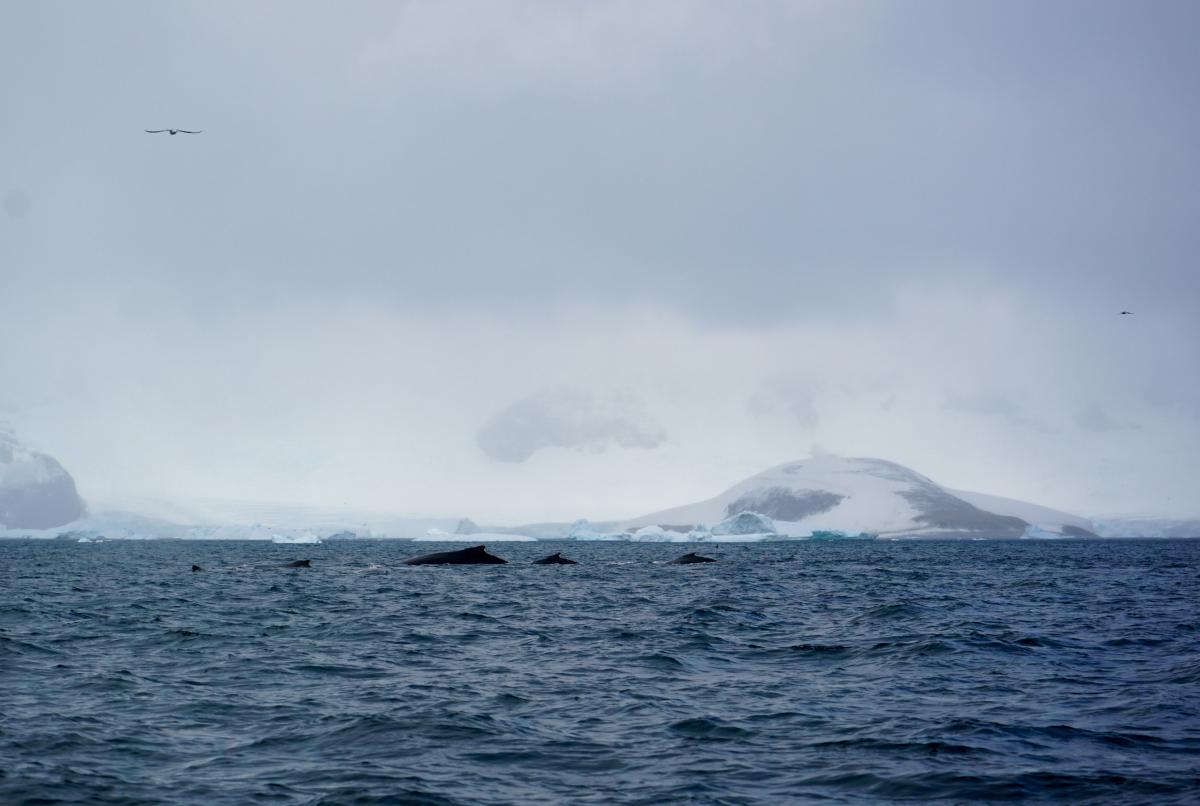 Here in March there are oodles of whales. And, just like penguins, they too are curious beasts; they’d come real close to our to dingy – a little unnerving, it has to be said… 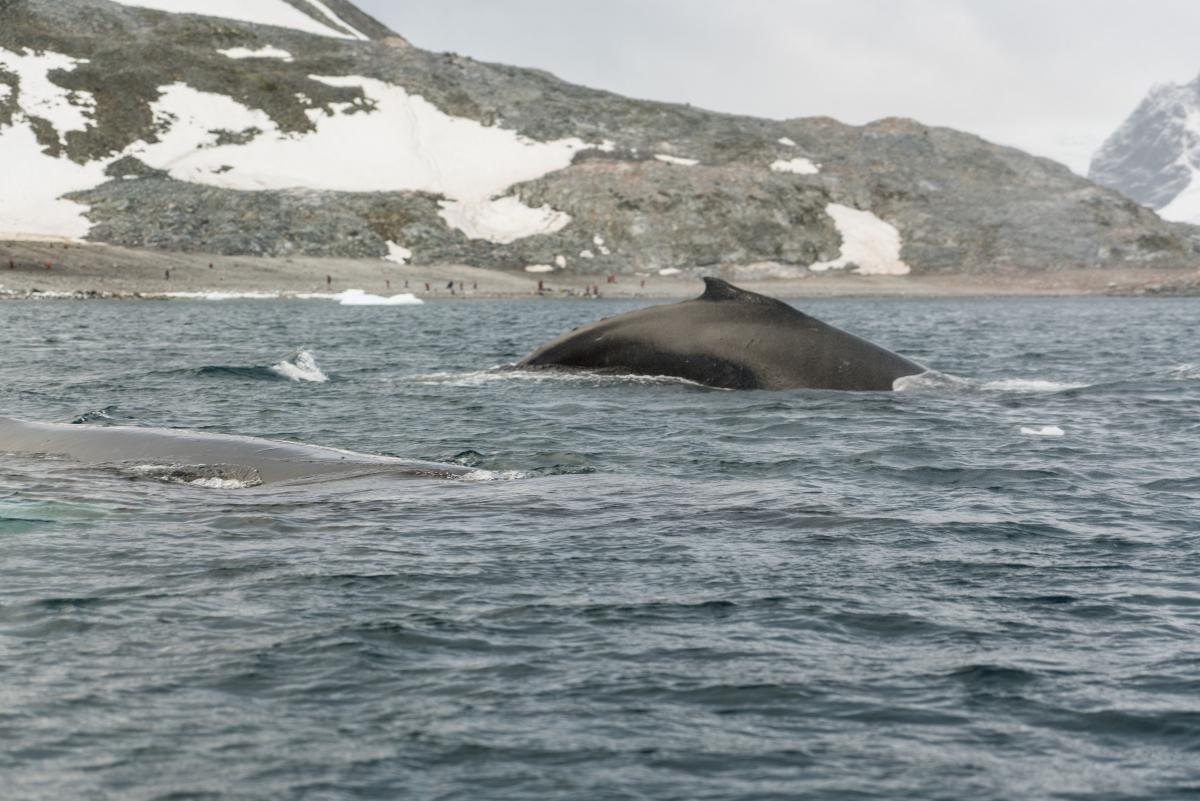 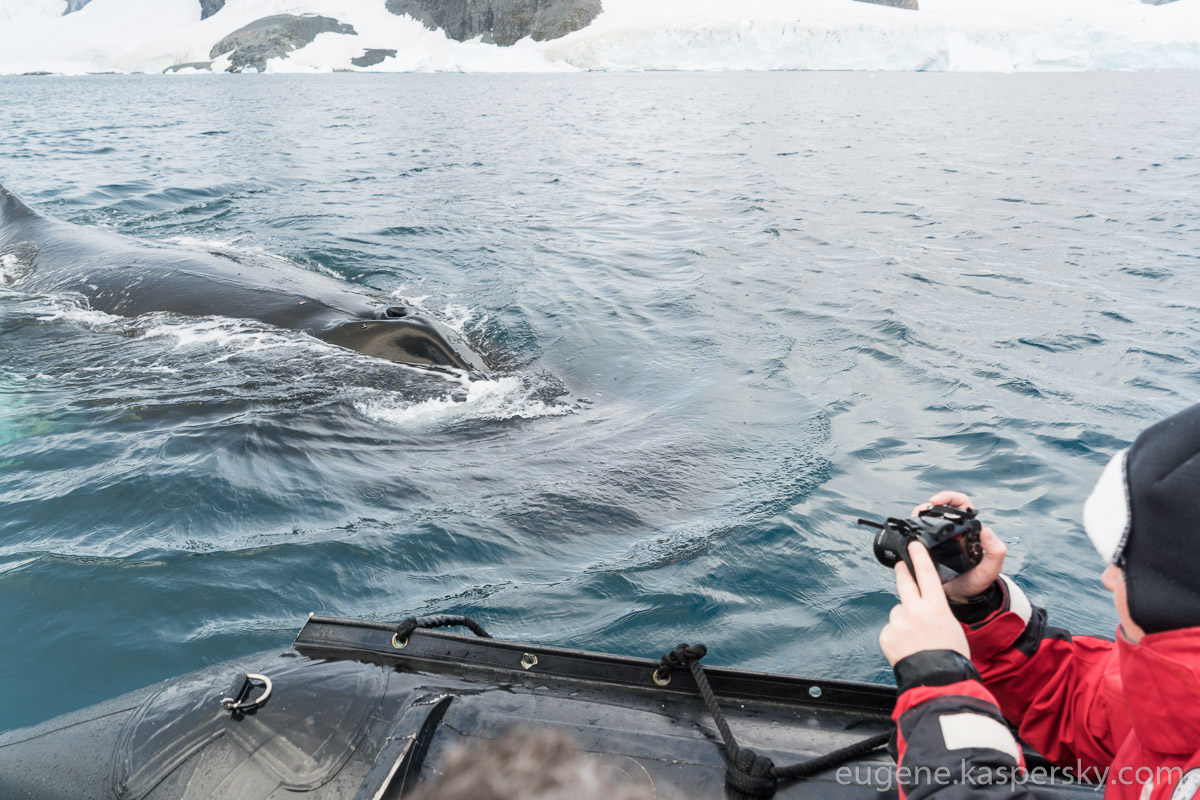 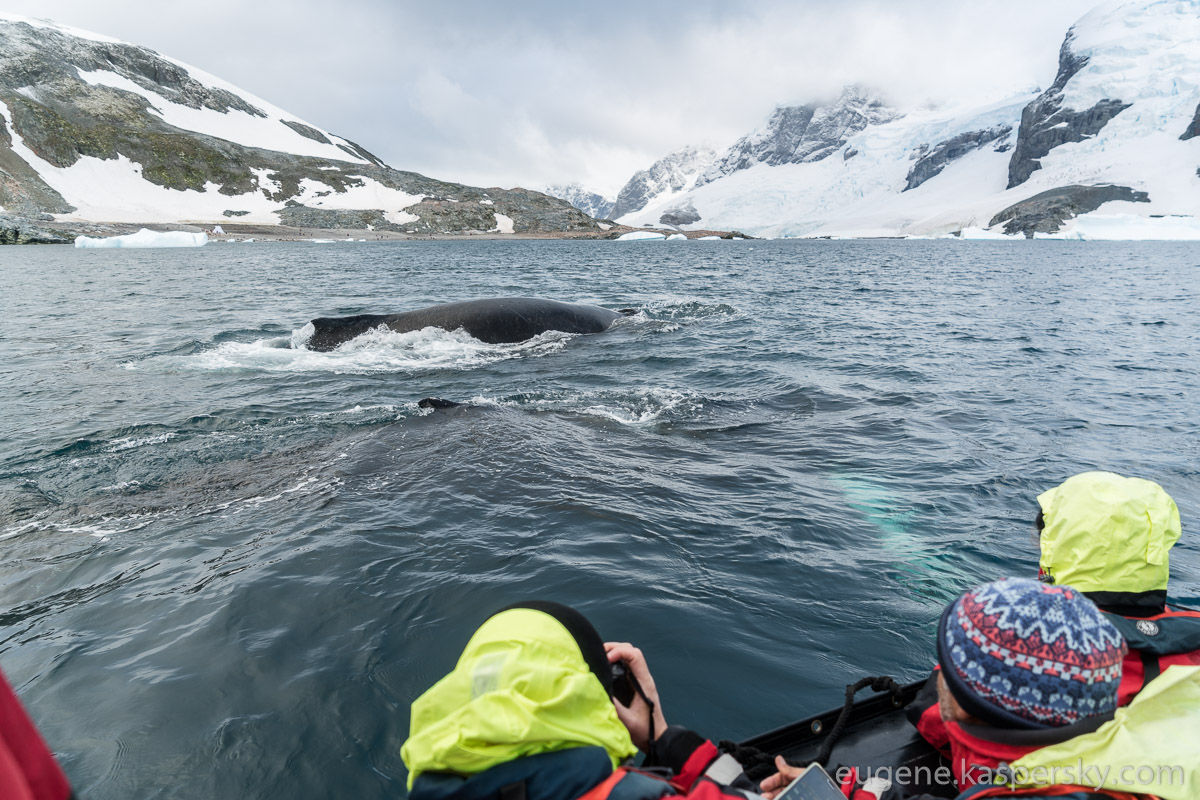 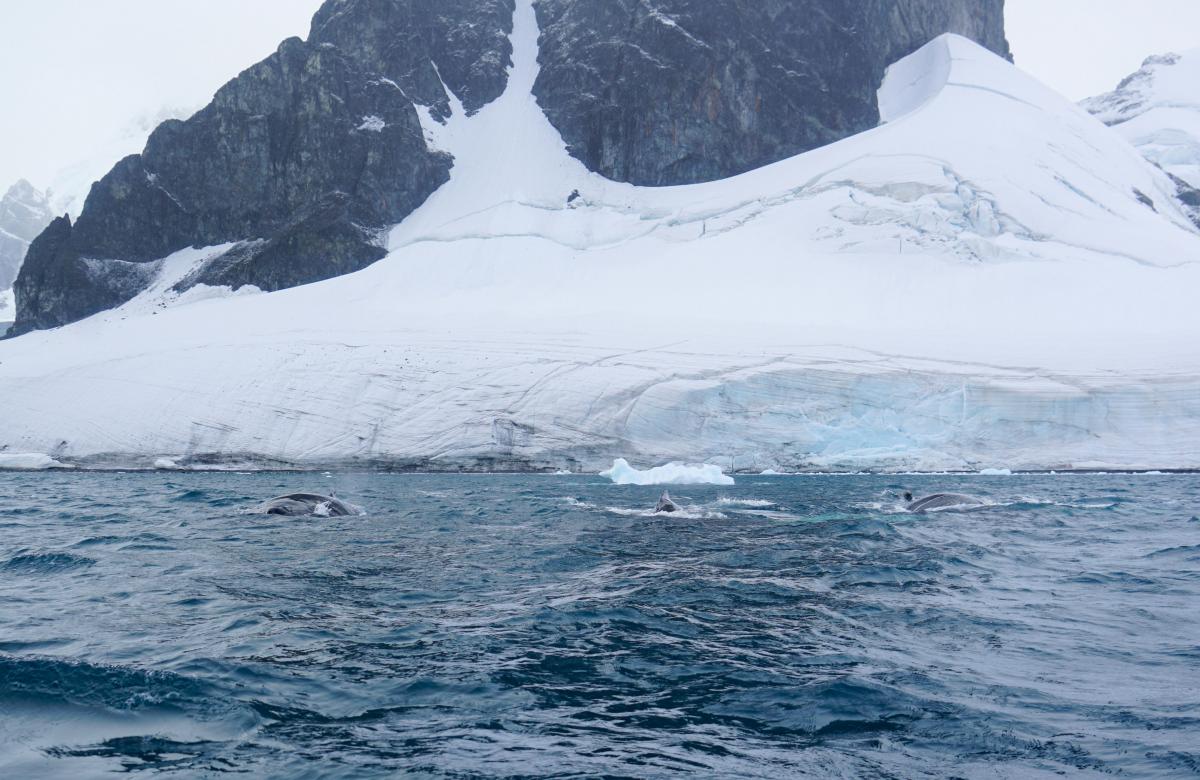 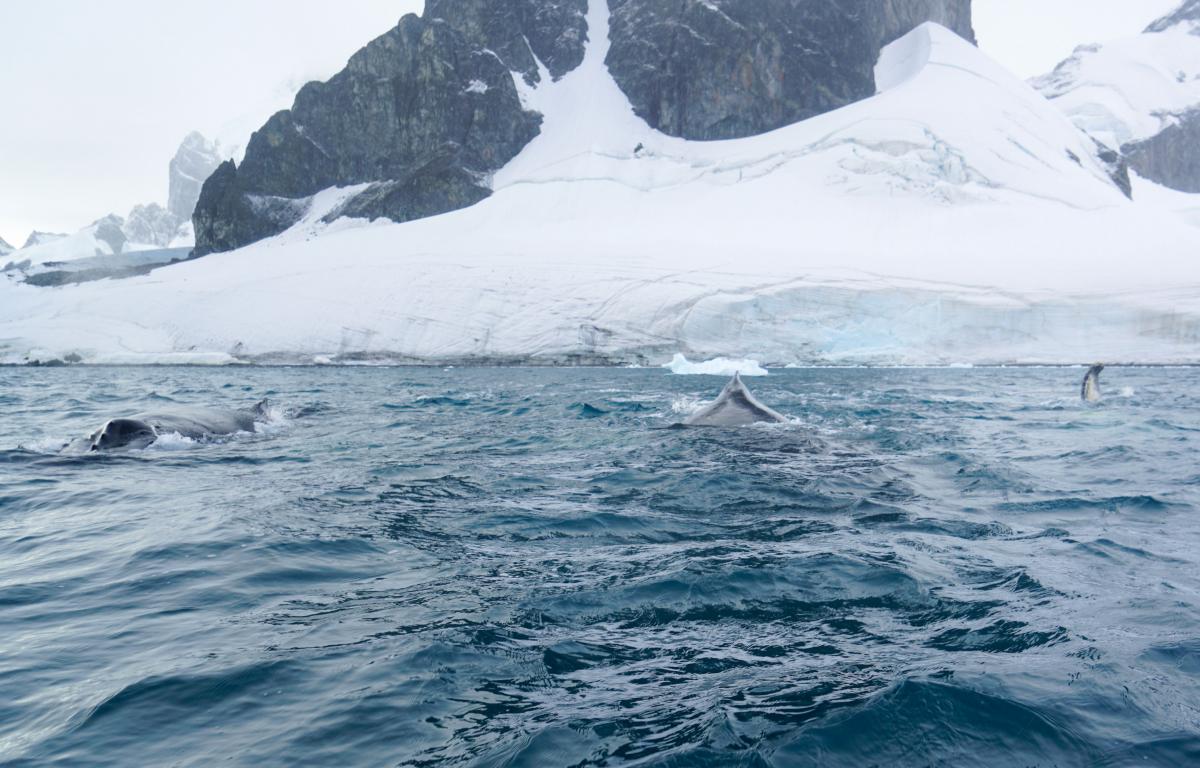 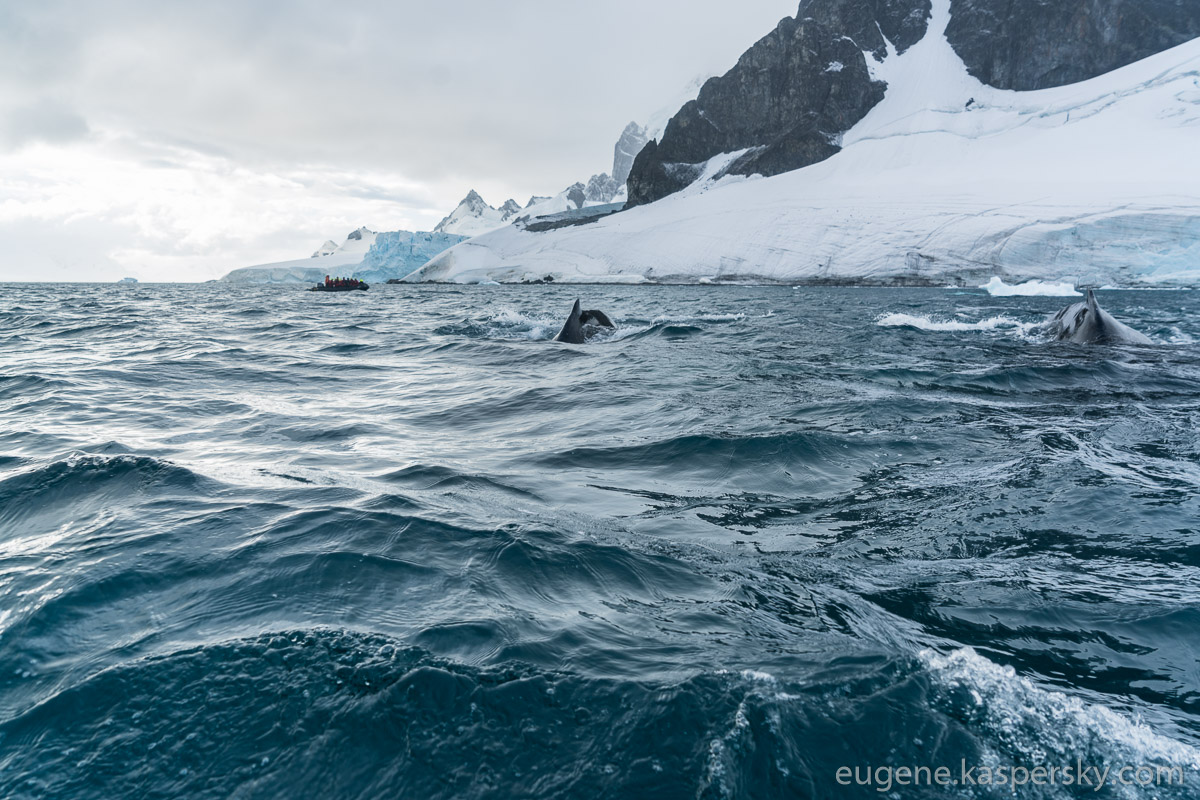 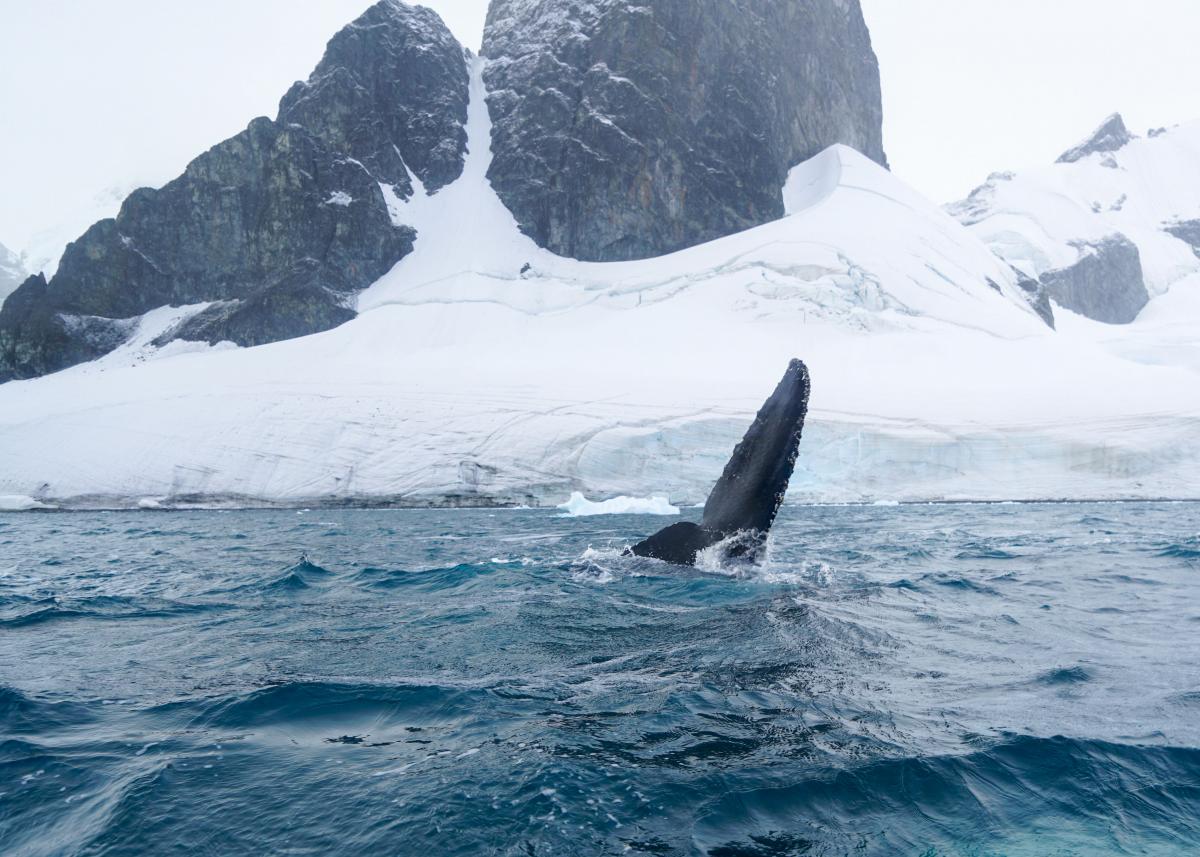 Others came even nearer, did a few laps around us, and showed us their faces as they looked us over (alas – didn’t manage a snap of that; it didn’t last long). 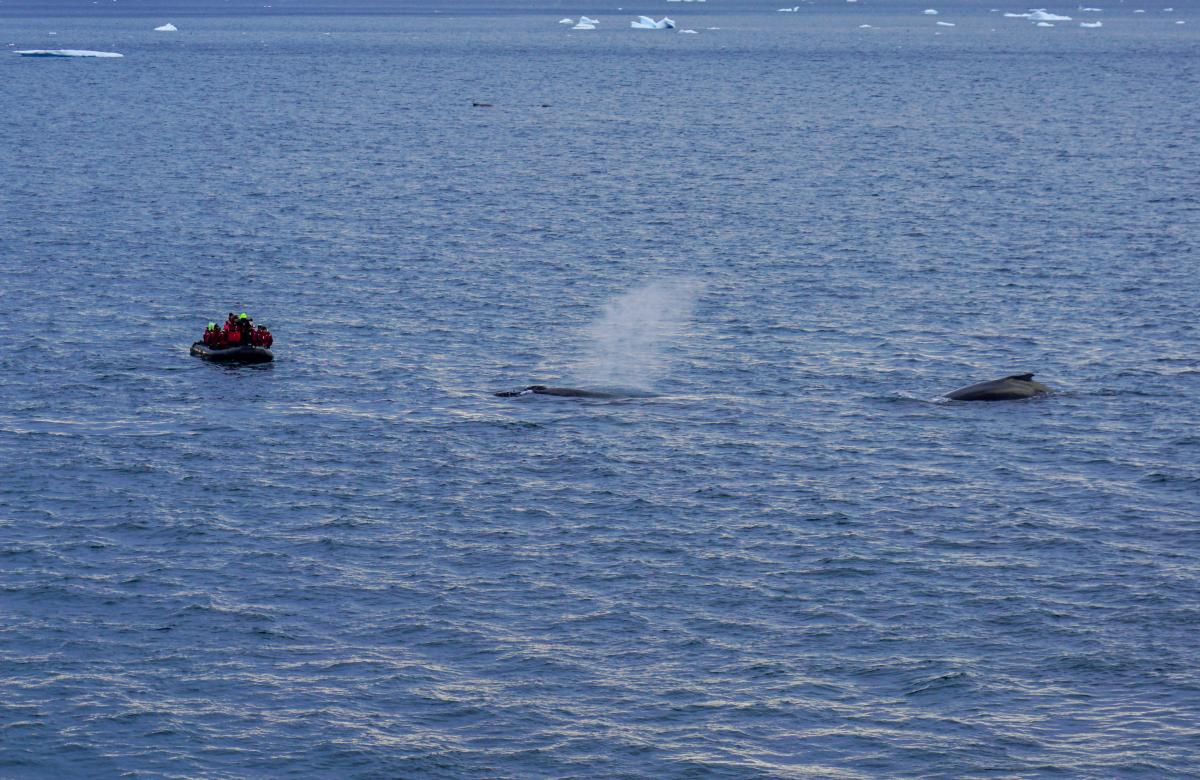 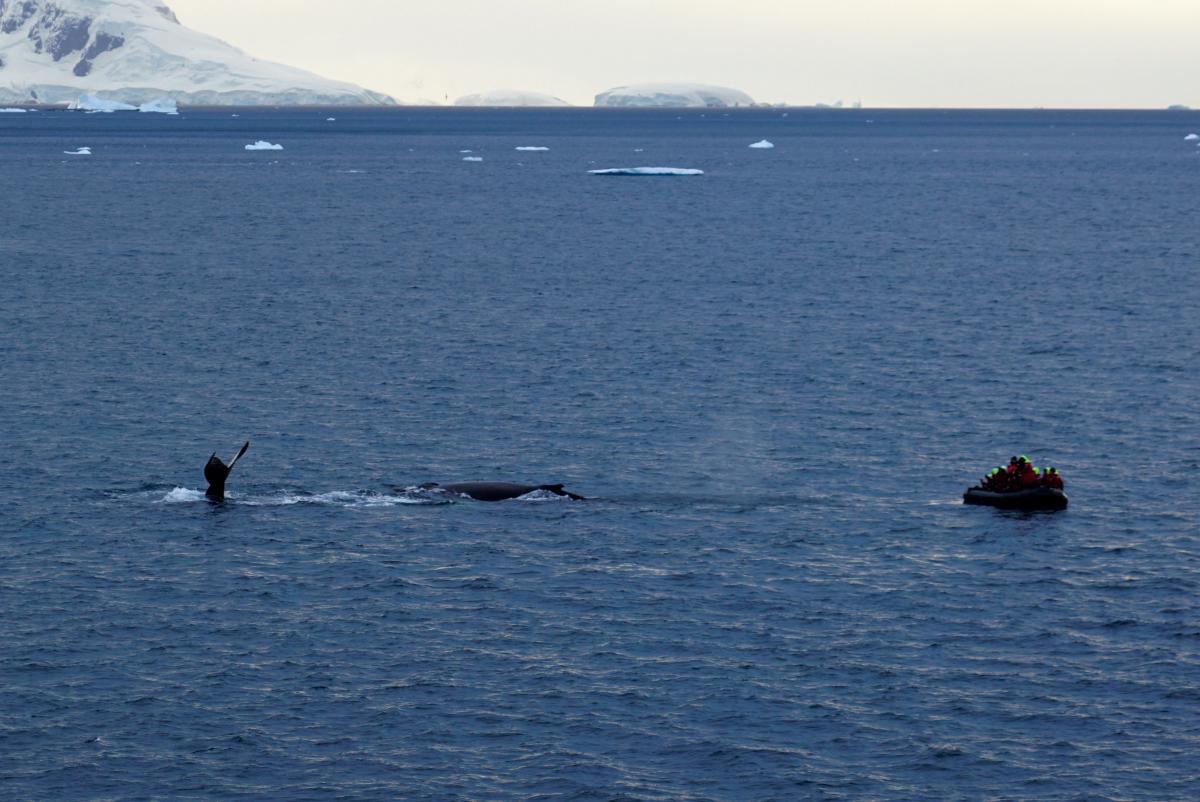 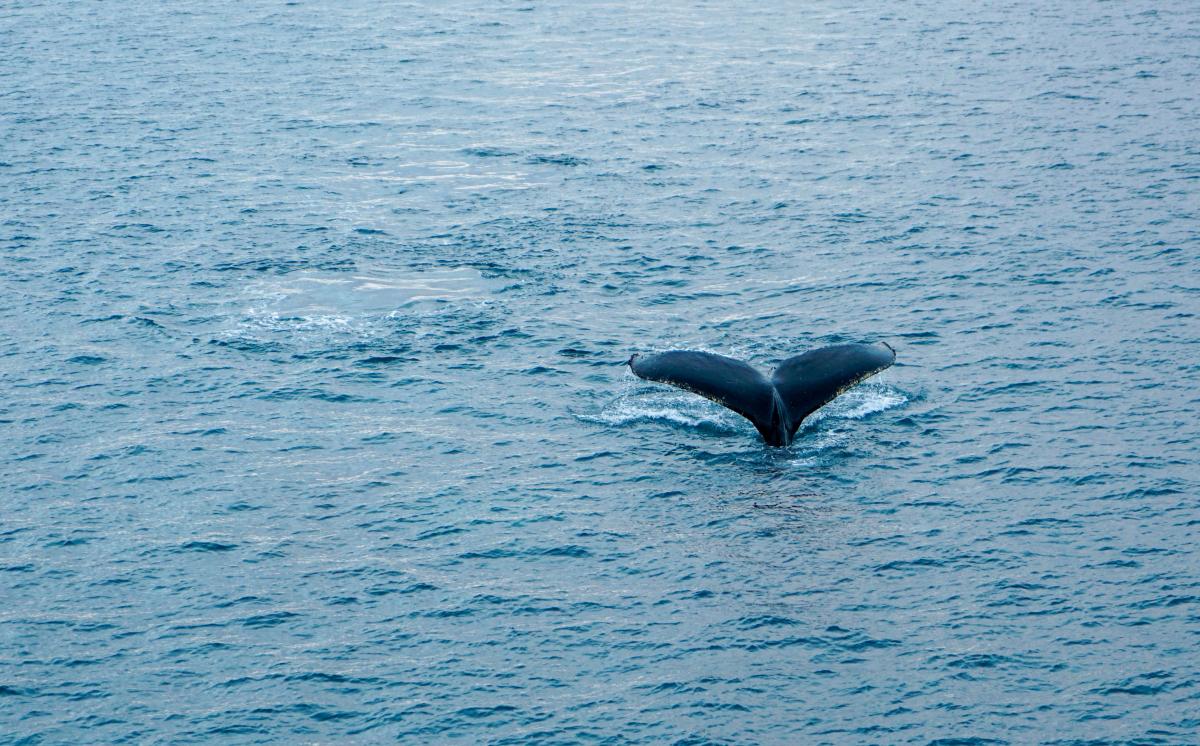 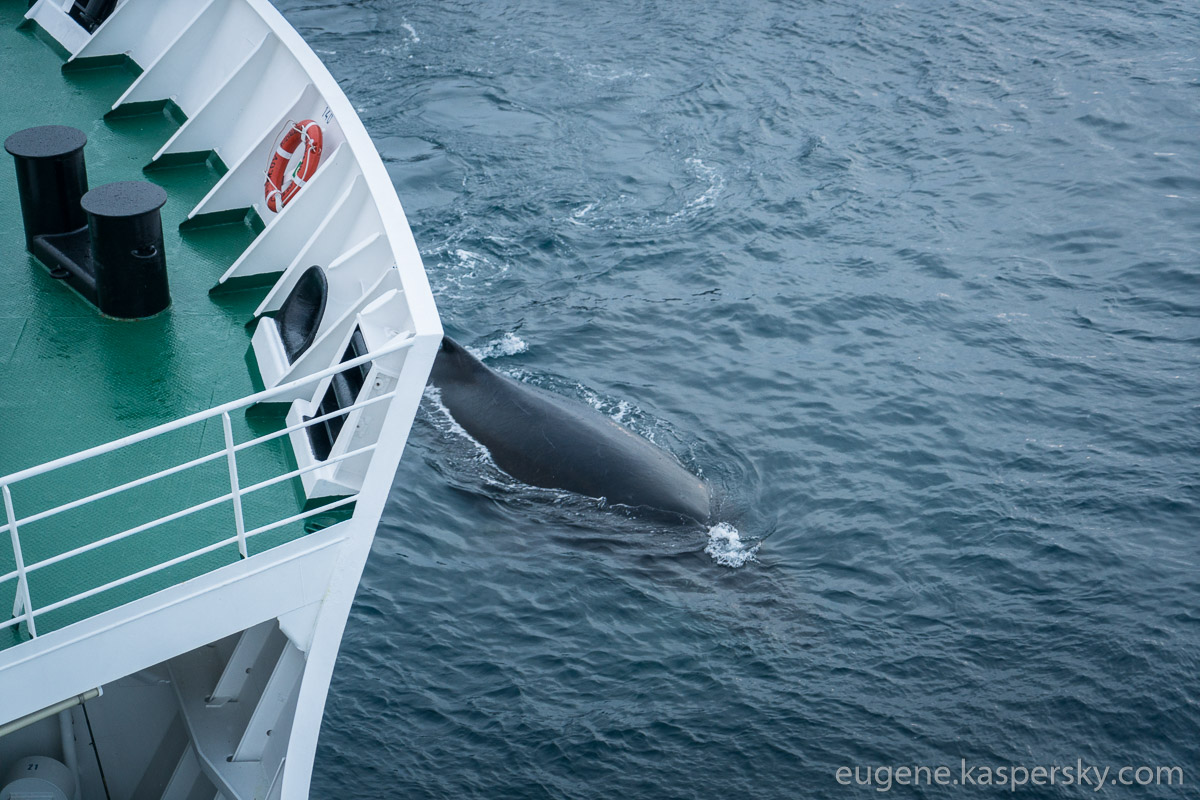 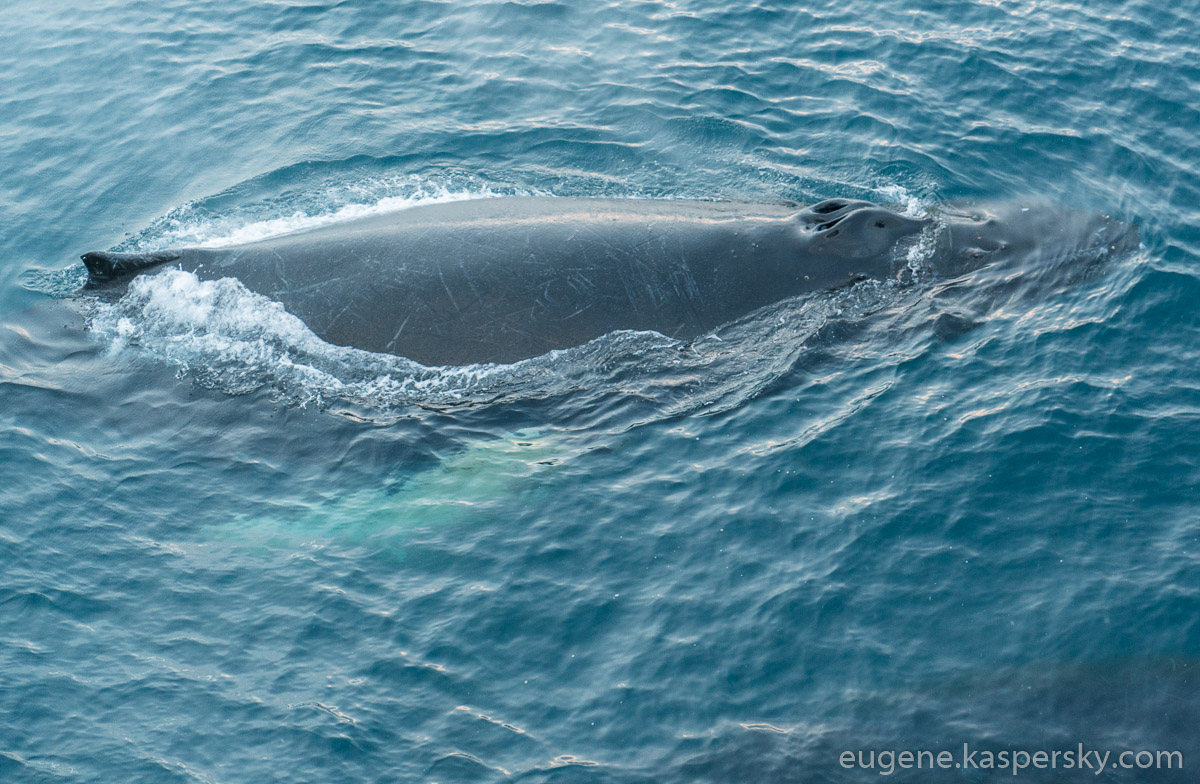 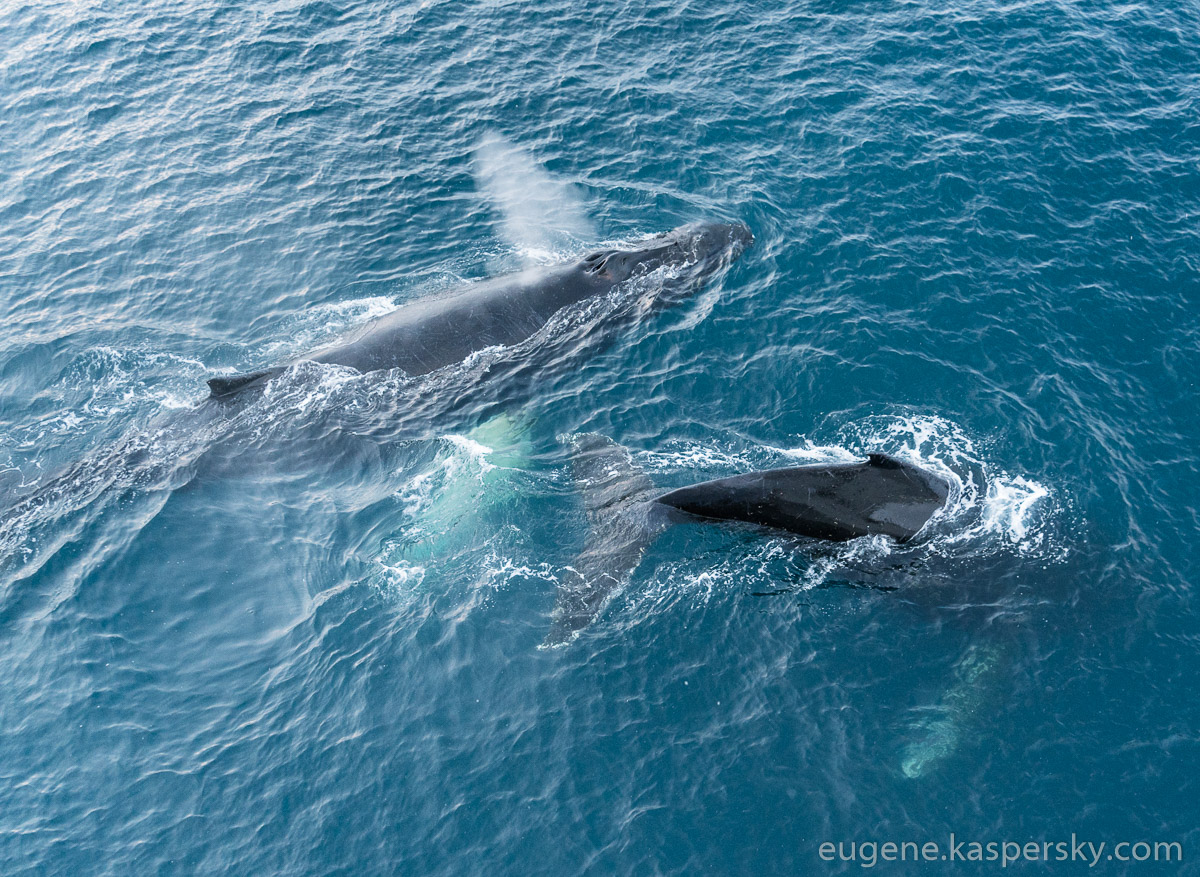 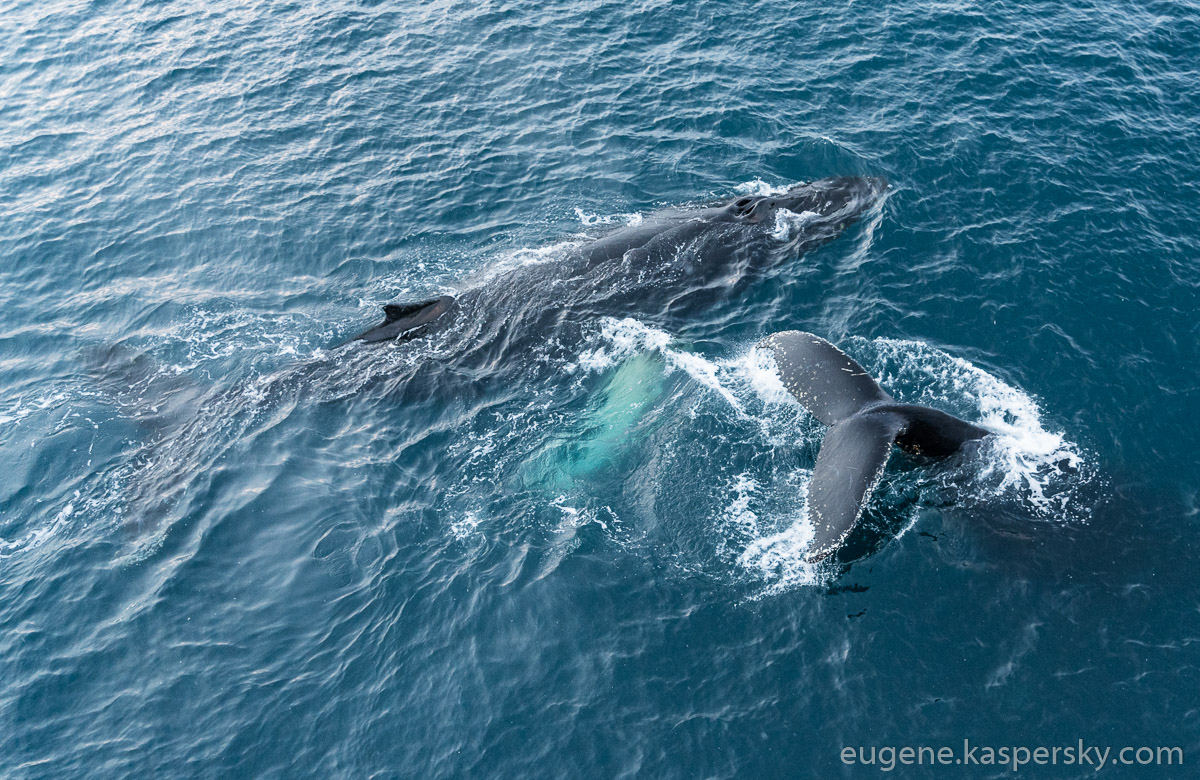 There were that many whales here they were uncountable: a veritable ‘whale soup’! 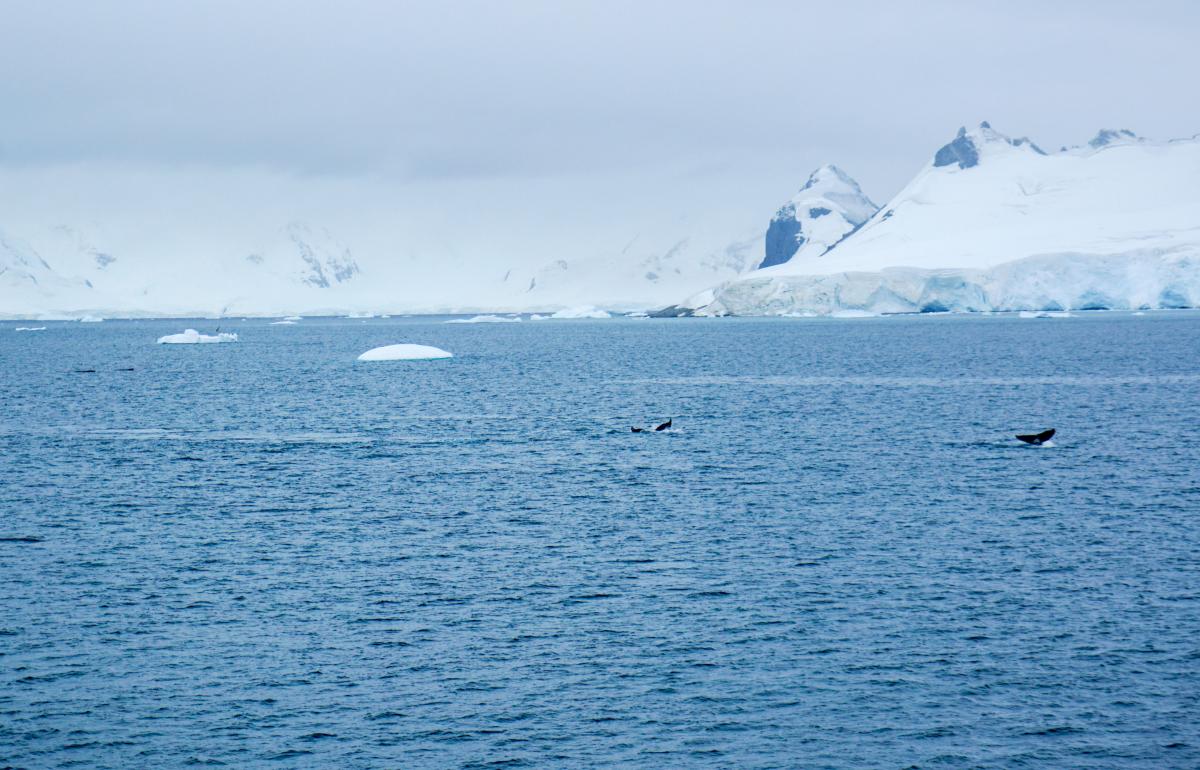 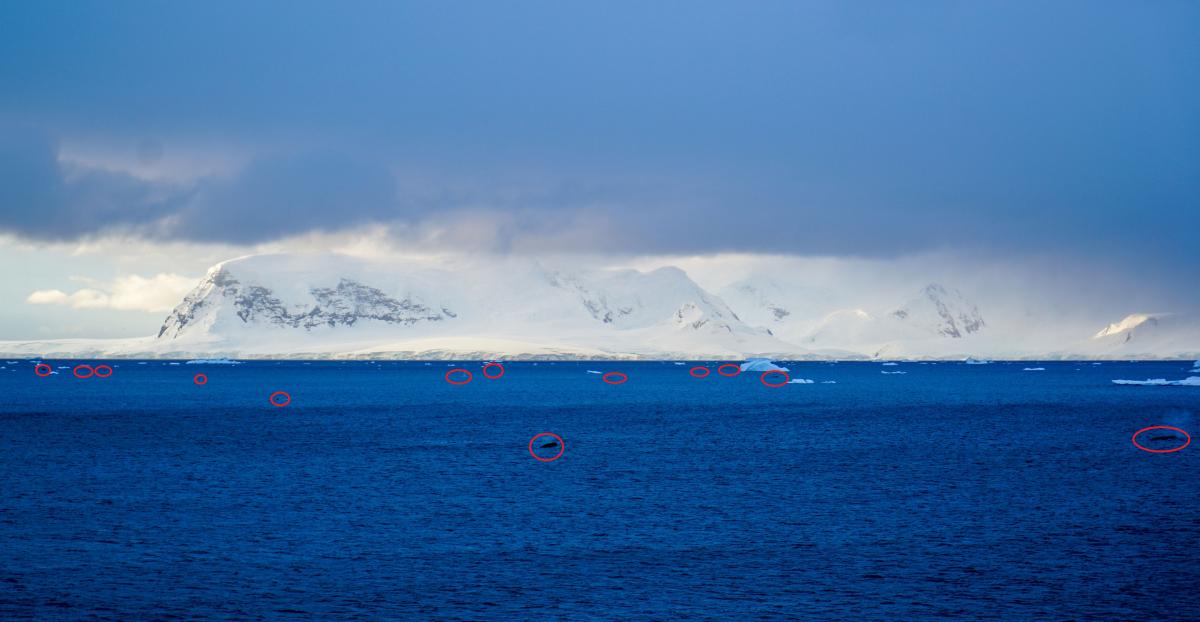 The above pic with all the visible whales ringed was taken at siesta time. Many of them are having a nap up by the surface. Our guides told us how this year they’d never seen this many – ever, by far. But still, every March always sees the whales at their most plentiful: it’s the peak feeding period. After the springtime feast the whales head off to a secluded part of the seas for… a bit of hanky-panky; shortly after, logically, it’s birthing time; and only the following March do they return for another krill binge ).

Pods of whales, rafts of penguins, all against the unique Antarctic backdrop. Sublime. 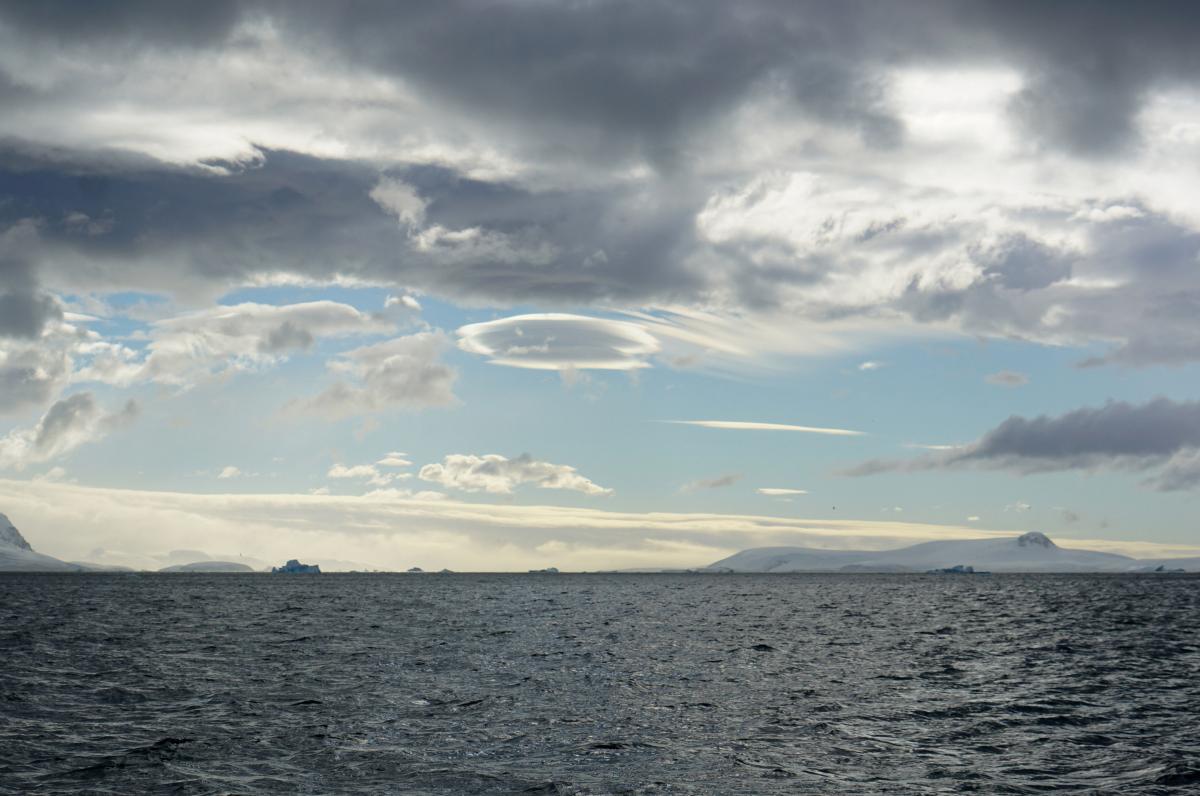 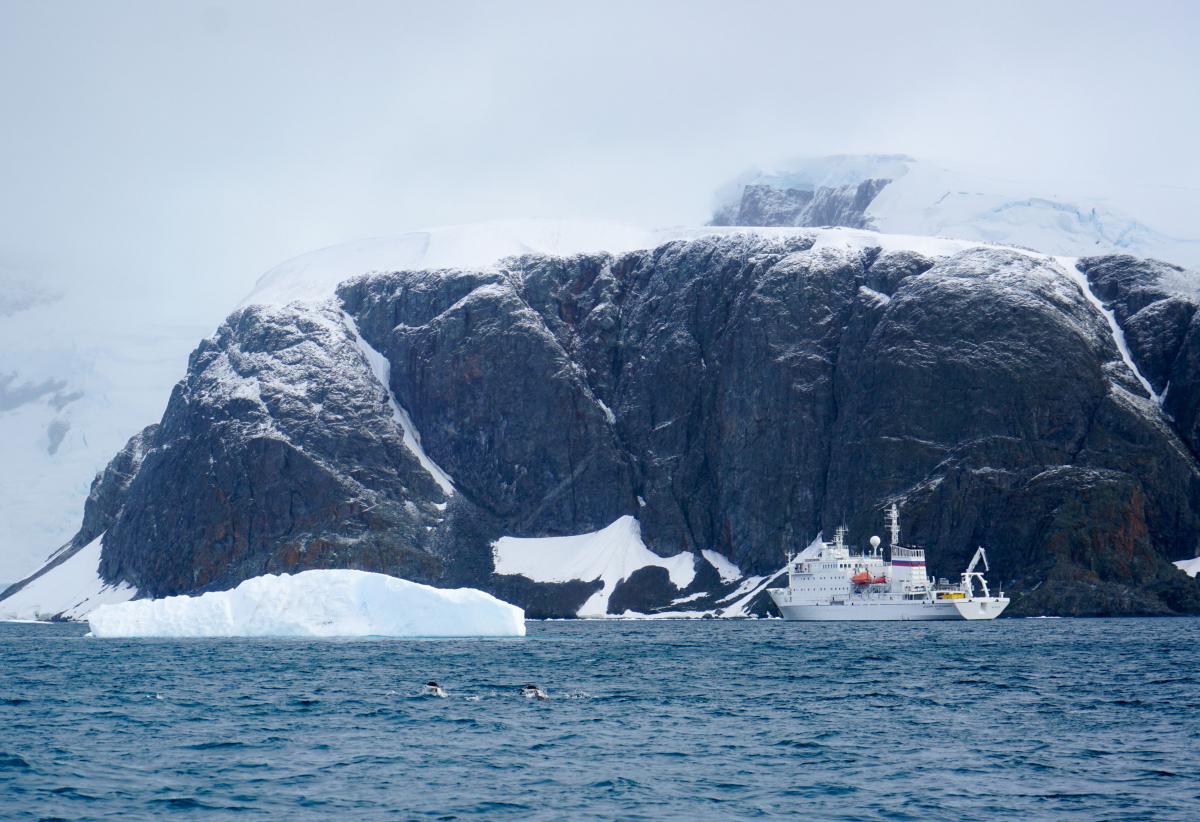 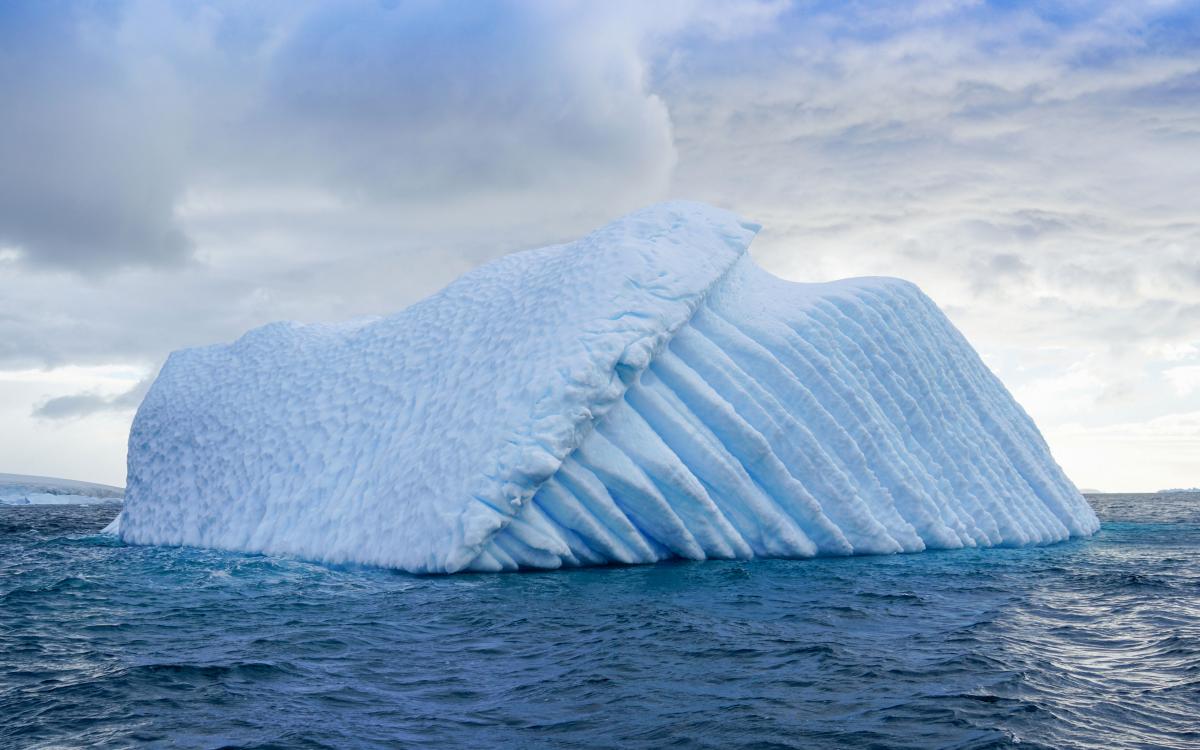 “Why nothing about me?”! 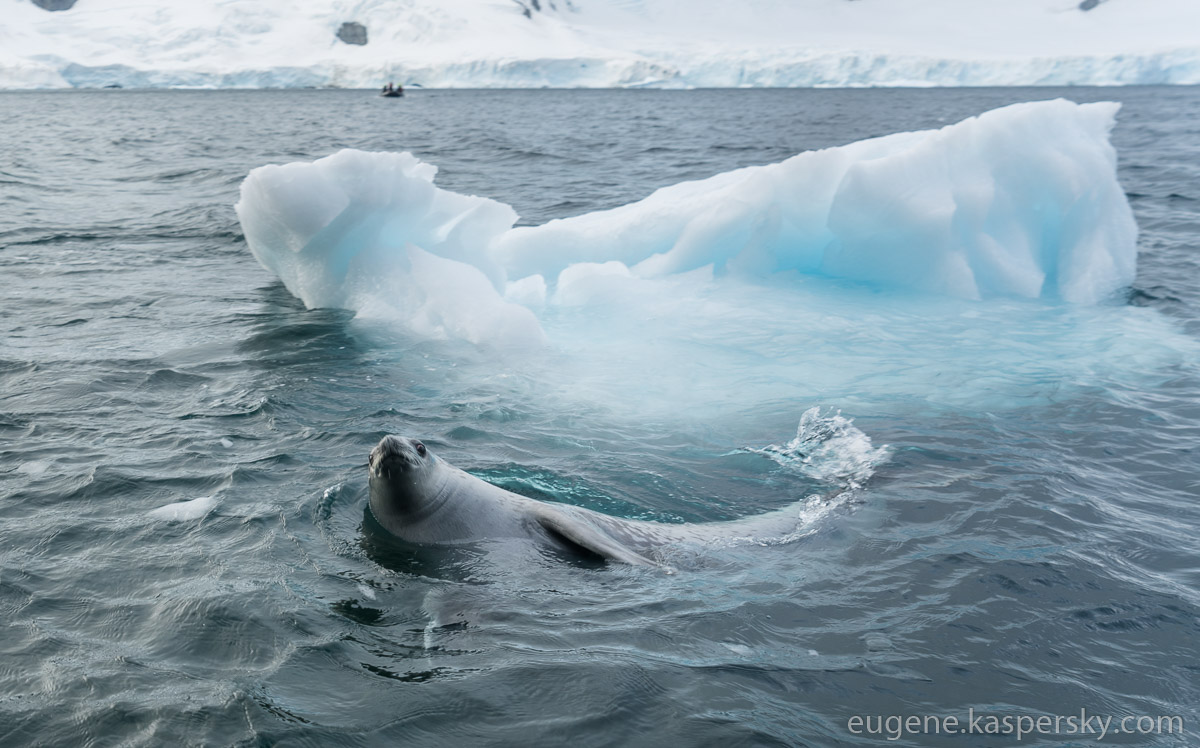 We saw plenty of these cuties too, but their quantities were nothing compared with whales and penguins. And since I don’t want to turn this here blog of mine into a biology class, next up – not about Antarctica’s wildlife, but other – non-animal – features of this unique continent.