It just so happened that my recent Chinese holidays mostly took place in the Sichuan province (the Giant Buddha in Leshan, Mount Emei, Huanglong and Jiuzhaigou). They say: when in Rome, do as the Romans do. I say: when in Sichuan, do the panda thing!

Somehow it’s turned out I’ve written loads about China – its mountains, ravines, forests, lakes, waterfalls, roads, airports, lines, Buddhas and weather – but have been conspicuously silent on China’s supreme, universally adored animal! So to fix that, this post is all about the Chinese panda, with nothing held back…

Here’s one – at the Chengdu Panda Base. 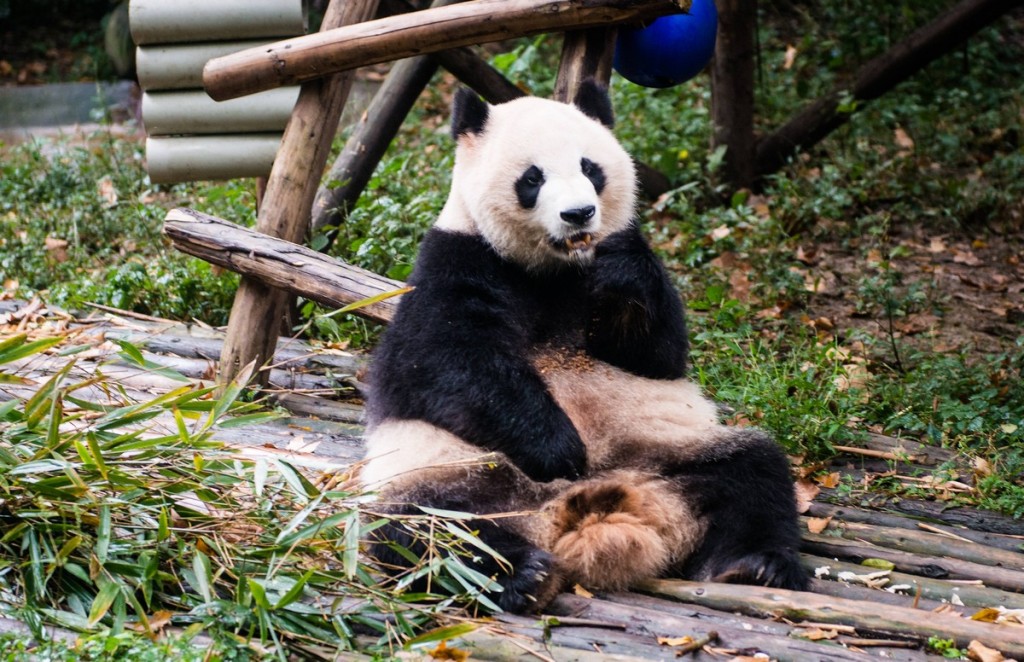 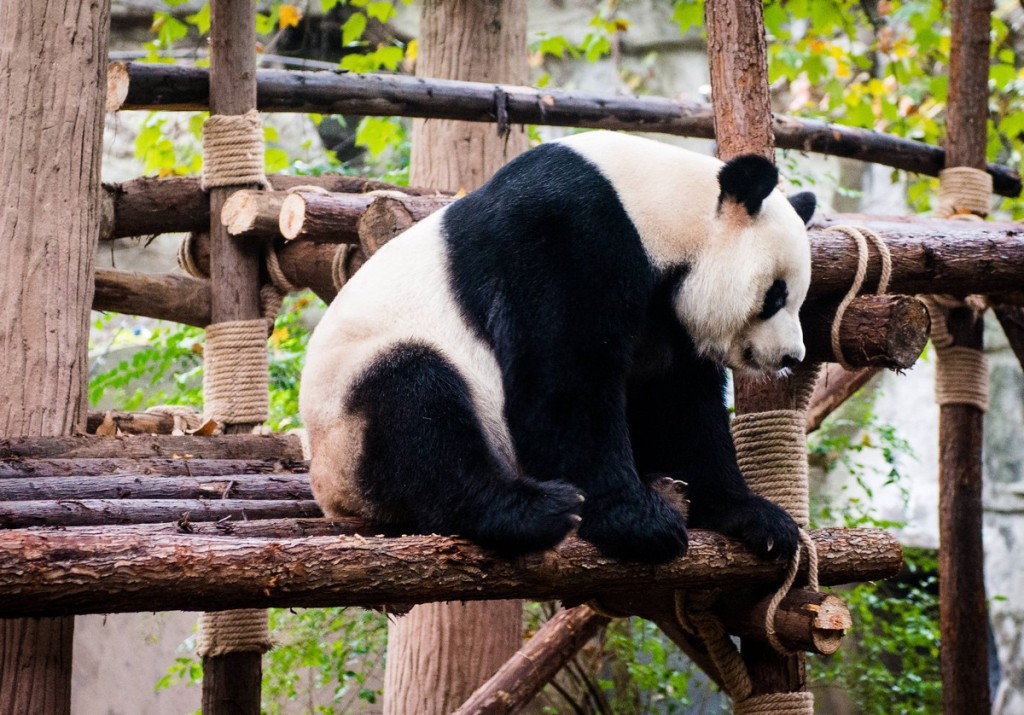 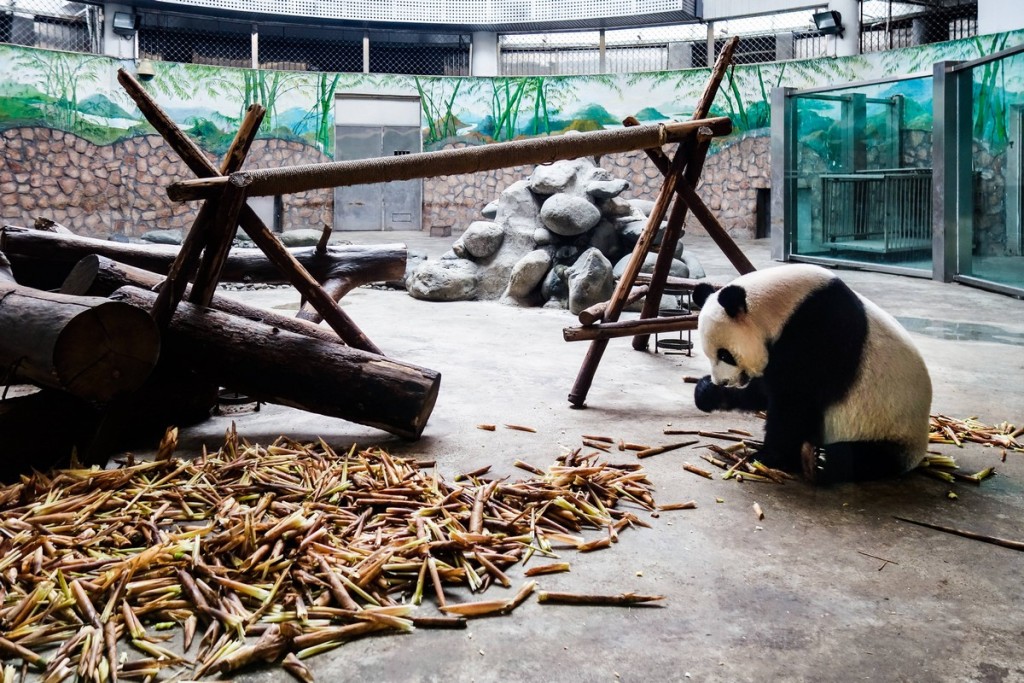 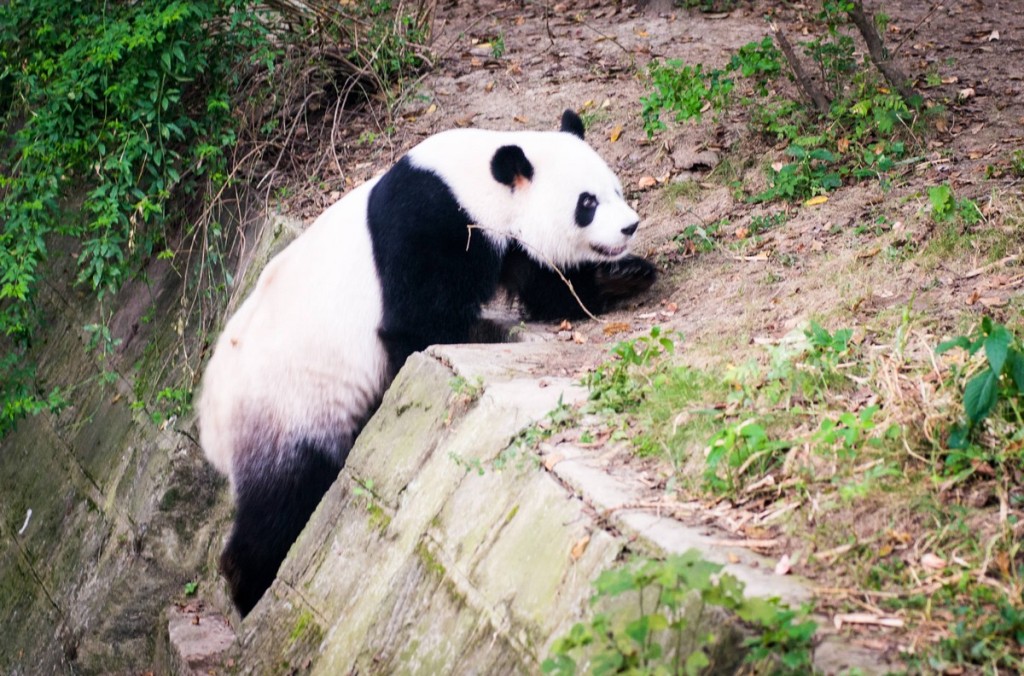 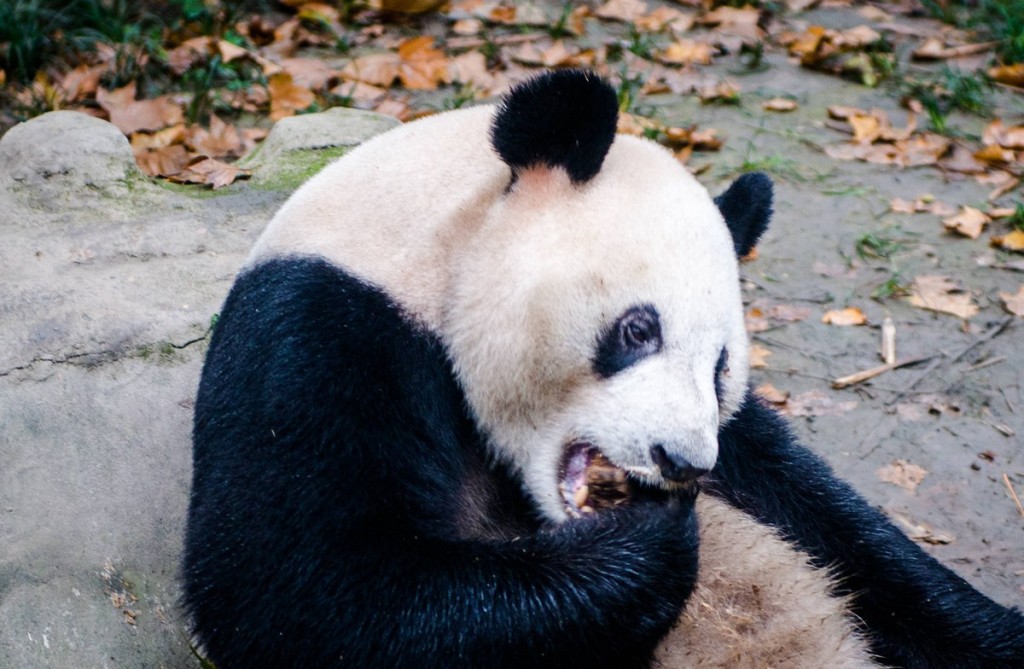 It’s actually a giant panda and belongs to the bear family – a cousin of the brown bear! There’s also the small red panda, which is an entirely different creature altogether, both in appearance and behavior. Why they’re called the same I don’t know.

Anyway, my biggest discovery was that the giant Chinese panda is perhaps the world’s laziest animal. No. I tell fibs. The third laziest animal: right behind the koala and sloth.

All they do is sleep all day! (And if they’re not sleeping – they’re eating.) All of them, all over the place, in all sorts of different odd positions.

The Chinese do have a sense of humor: here what’s written about the panda in the above pic: ‘Yong Yong is strong and active’. And who am I to doubt it? 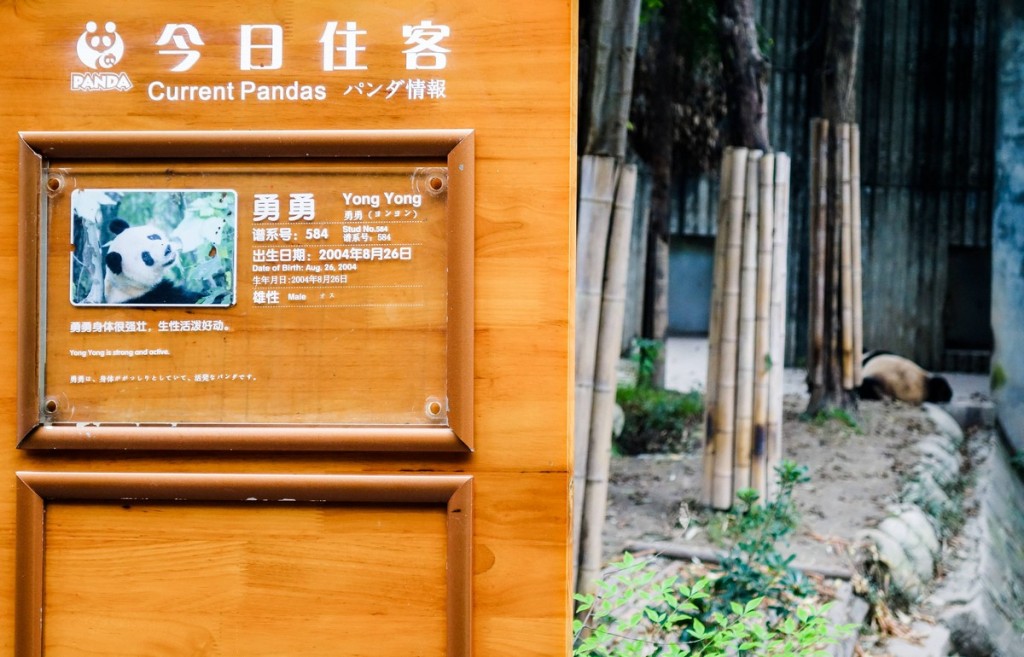 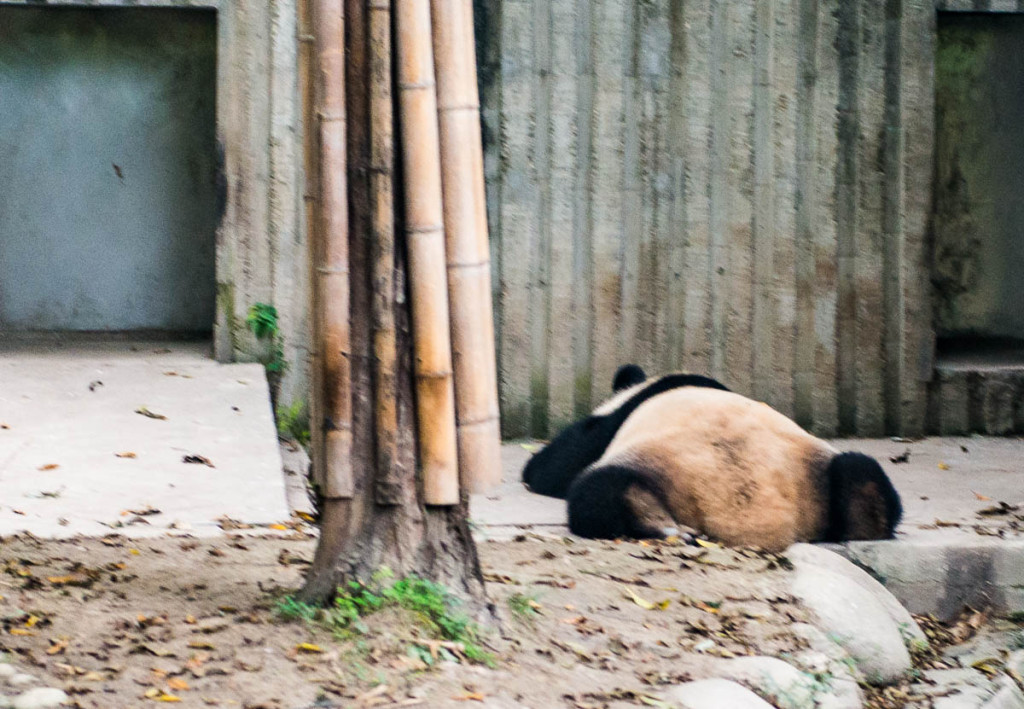 The panda in the following pic woke up, slowly crawled over to the water hole, and once there swiftly… fell asleep! For pandas, drinking water is clearly a three-step process: (1) Wake up and lumber over to the water, (2) take a short nap, and finally (3) get down to the business of slurping H2O. 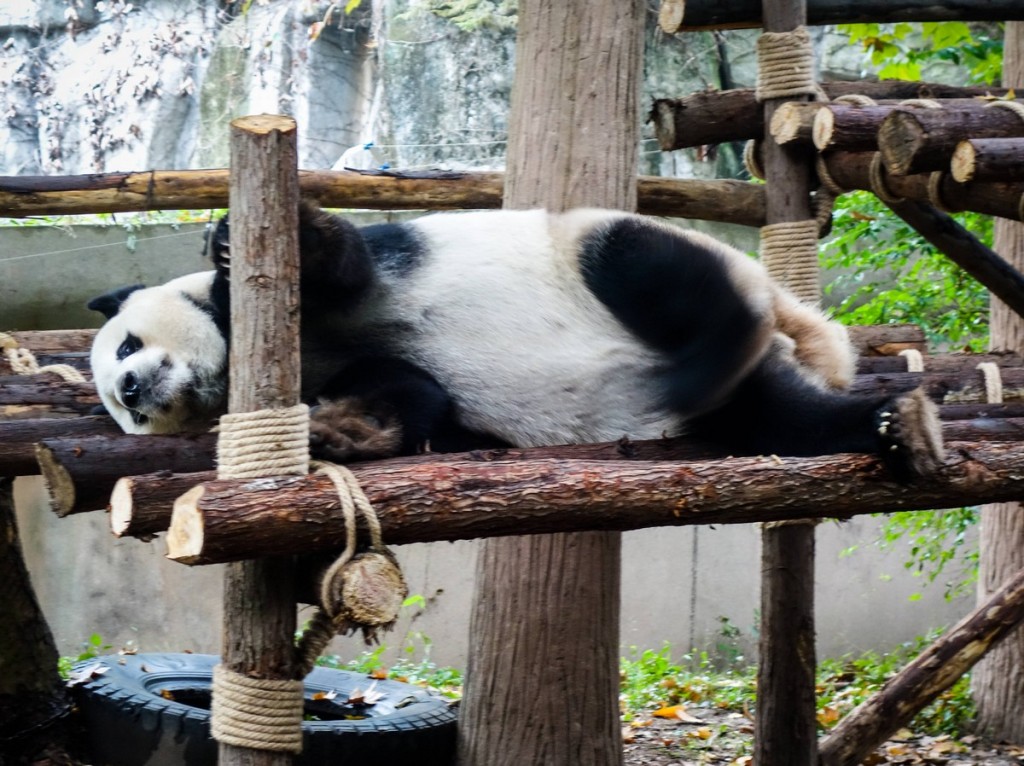 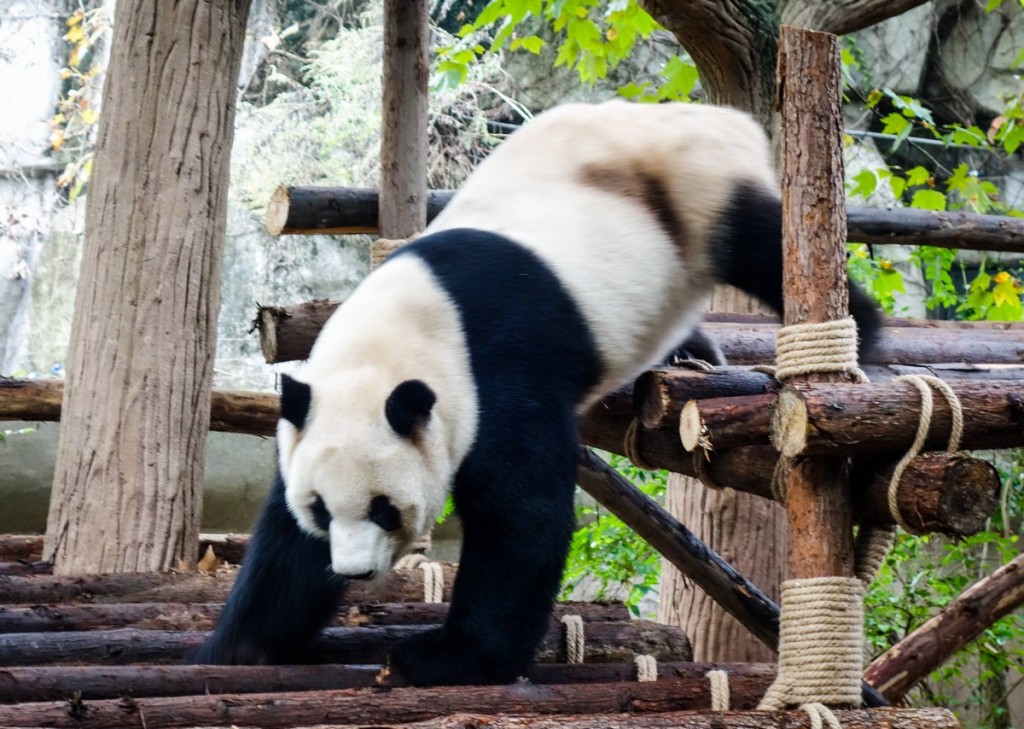 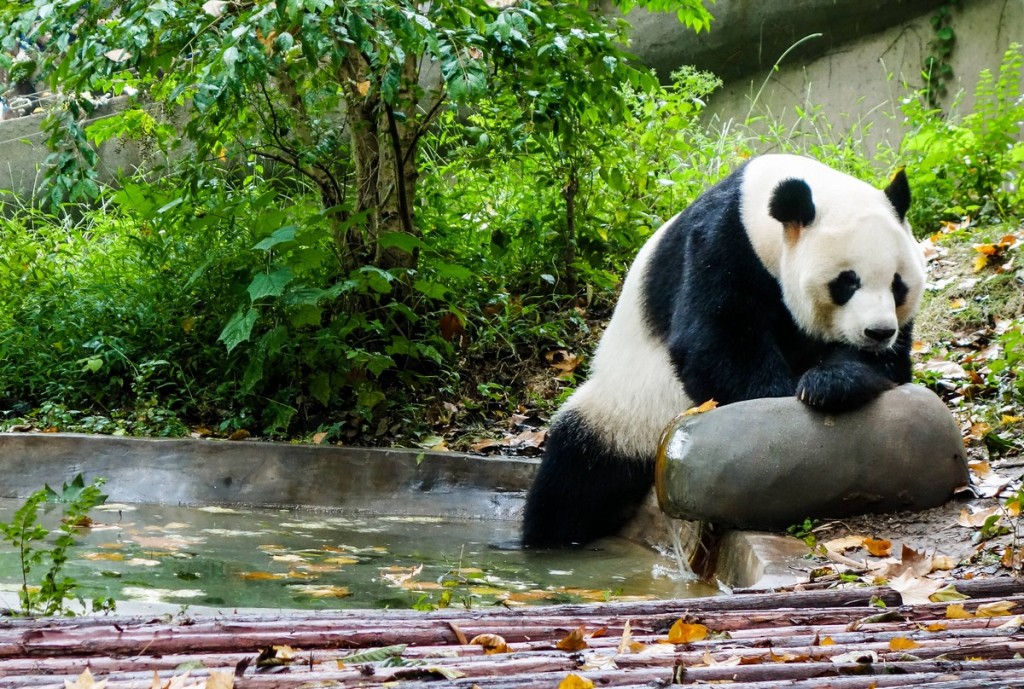 All giant pandas are big into sleeping, both adults and children. After a short while – not much fun for tourists to watch… 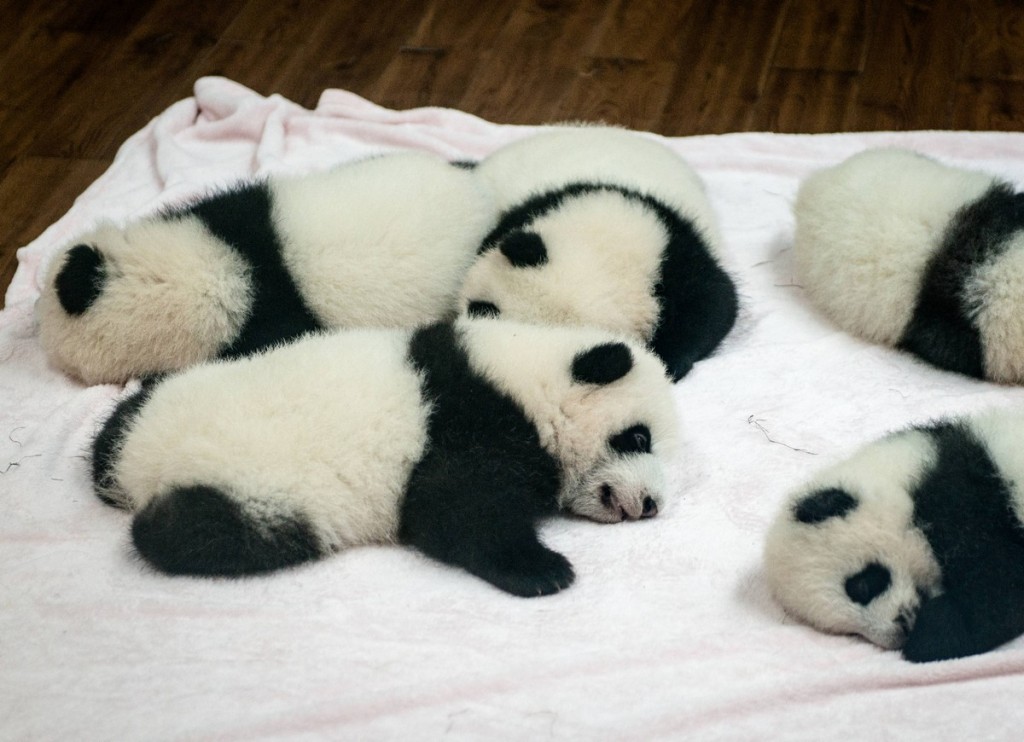 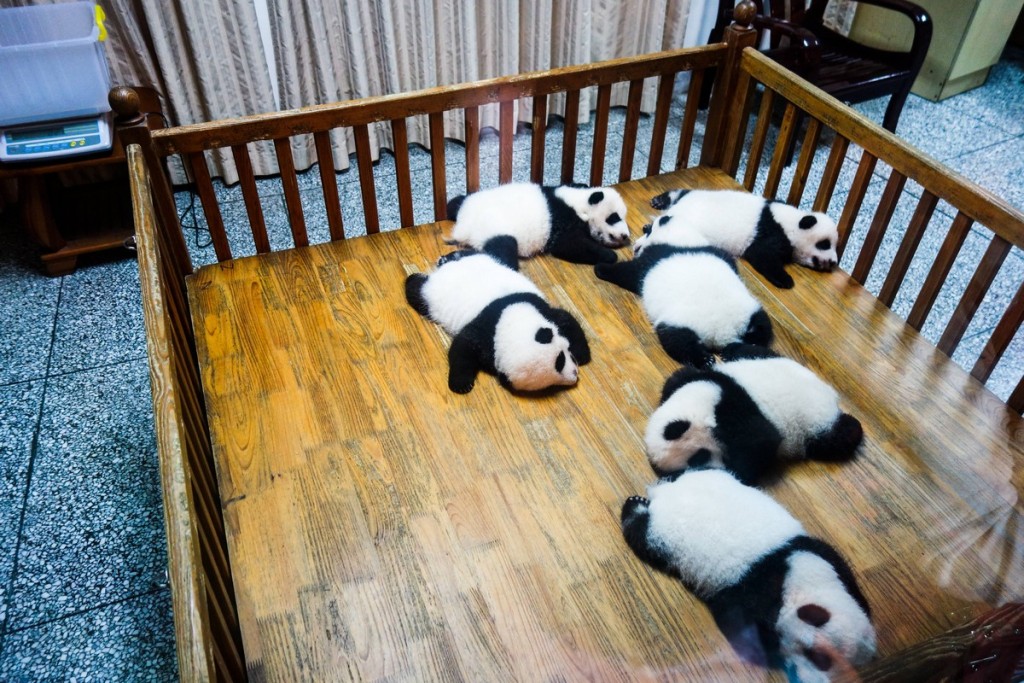 … So it’s up to the red pandas to impress the tourists. These jolly little creatures run around after one another, crack open apples and other vegetation, and jump from tree to tree above the visitors’ heads.

Meanwhile, the giant pandas are all still sleeping if not occasionally eating. Incidentally, they eat only bamboo, which fact you couldn’t possibly miss as it’s written all over the place on large boards. In the wild, bamboo makes up 99% of a panda’s diet – 20-40 kilograms of the stuff per day! 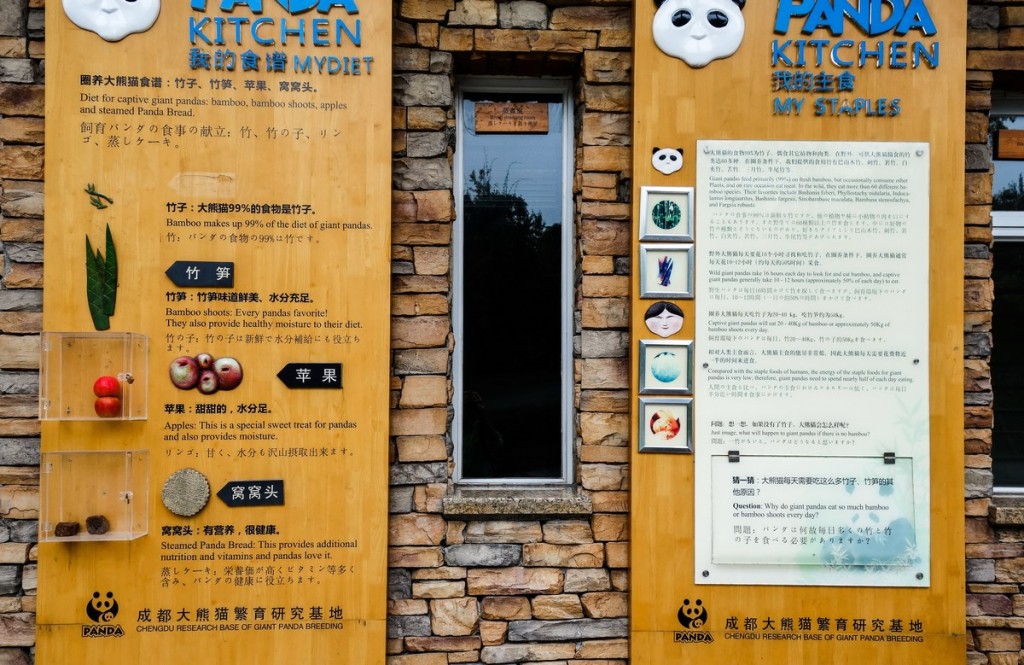 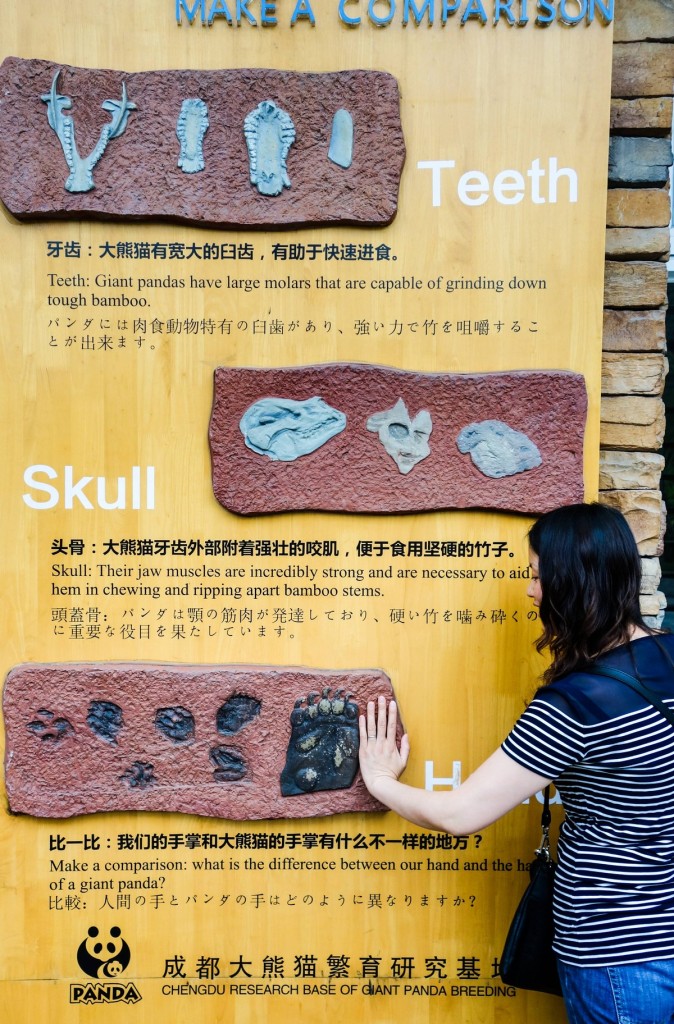 Why do pandas eat so much food?… 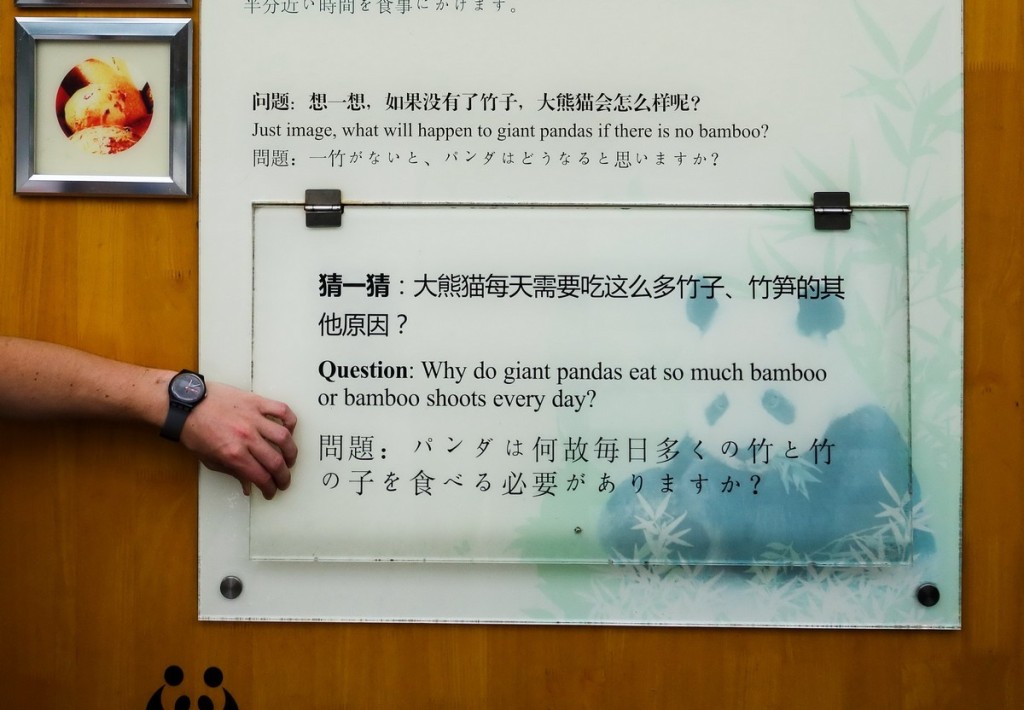 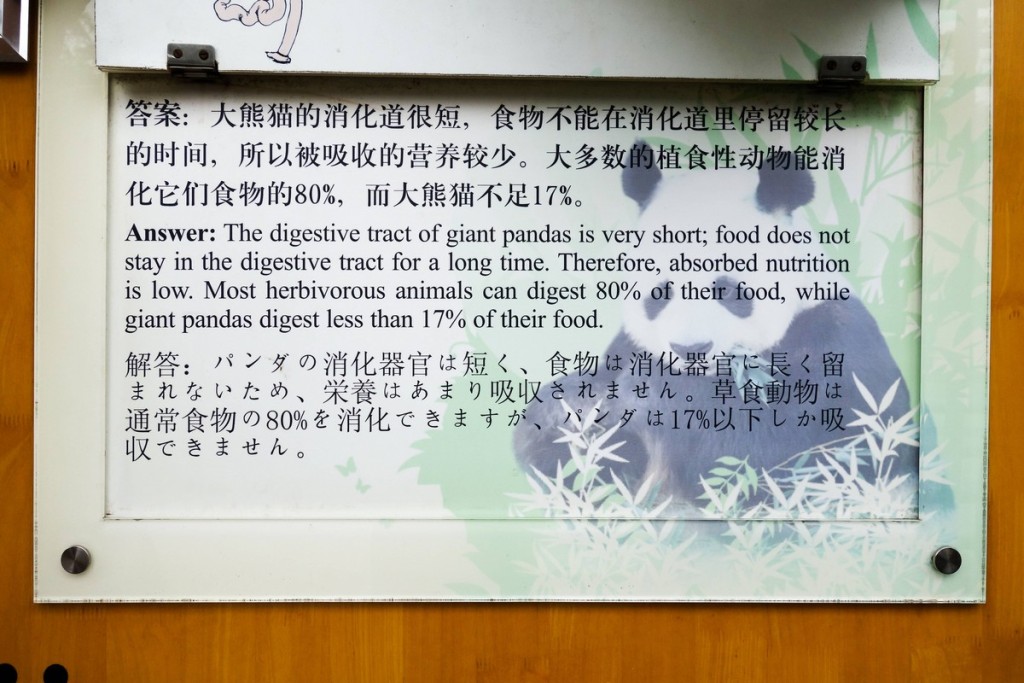 And that, ladies and gents, is what life’s all about for pandas –  a rich and fascinating existence :). Alas, pandas are so lazy that they can’t even be bothered reproducing. On top of that, climate change and human activity have decreased the sizes of the areas where bamboo grows, and so in the wild there are fewer and fewer pandas. Sadly the cute black and white ‘bears’ are dying out. A scandal. But there is hope: the Chinese government takes the issue very seriously. So let’s hope things improve. 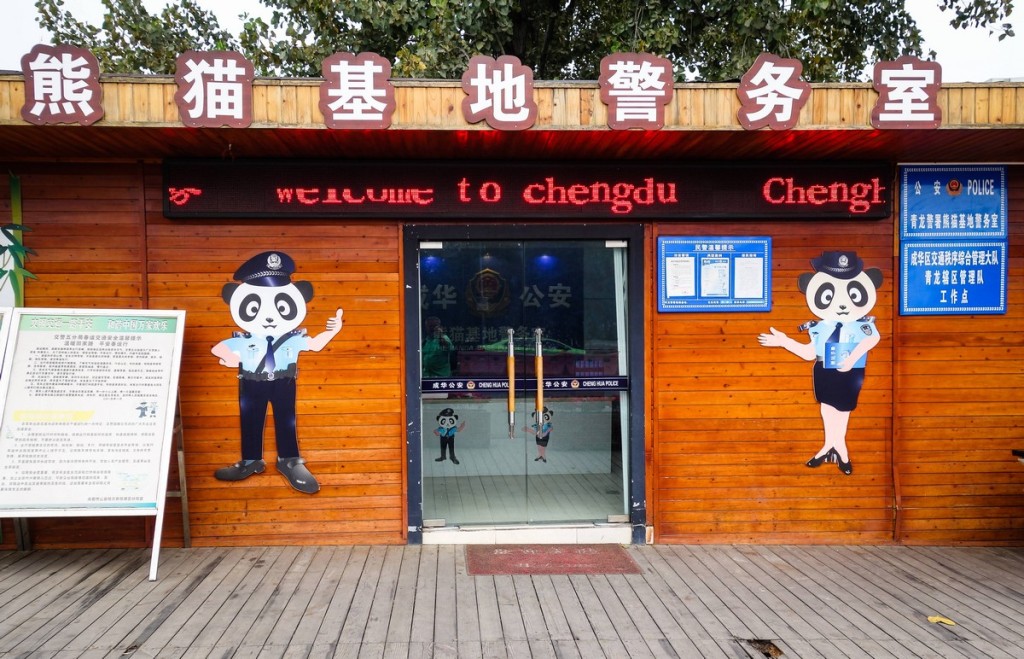 That’s all for today folks. I hope you now have a good basic understanding of all things panda!

The rest of the photos from the Pandagarten are here.