On my business travels around the world, I come across some of the most ingeniously intriguing bits of tech-kit, which never cease to amaze me. Simple ideas, efficient ideas, effective ideas, smart ideas. And they normally were thought up long ago. Maybe they just seem quaint now because of modern hi-tech overload numbing? That’s possible. Still, they’re no less fascinating for it…

Here’s a perfect example: the paternoster (meaning ‘Our Father’ in German).

It’s an elevator that goes up and down non-stop with a fairground carousel-like action. Or you could think of it as a vertical escalator. Wikipedia describes it as similar to rosary beads passing through one’s fingers round and round. Not so sure about that one. Hmmm, photos don’t really help out either in trying to explain exactly what it is. But I think the animated gif on Wikipedia cracks it:

The first ‘Our Daddy’ I saw was in Hamburg in the Axel Springer building in 2009. Nice.

The second time I saw had a ride on one was just recently in Vienna, in the Haus der Industrie. It’s really quite fun going up in such an elevator and then stepping over into the oncoming compartment when it comes up level. I mean genuine, spontaneous fun! Like being a kid all over again at the fun fair. Yes, we did get a few funny looks from grown-ups :). 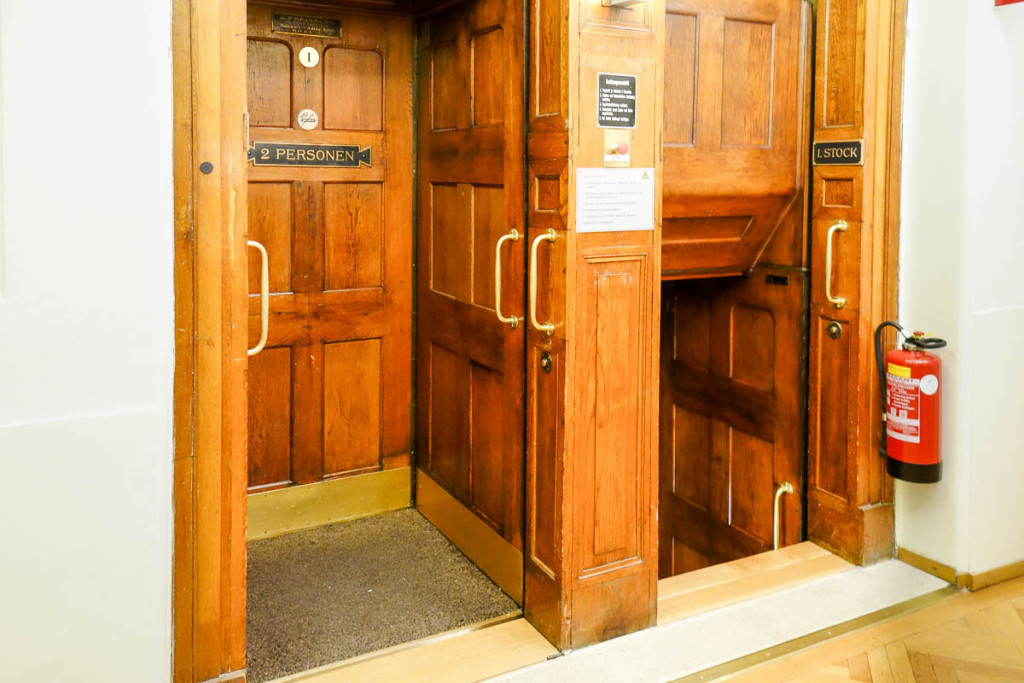 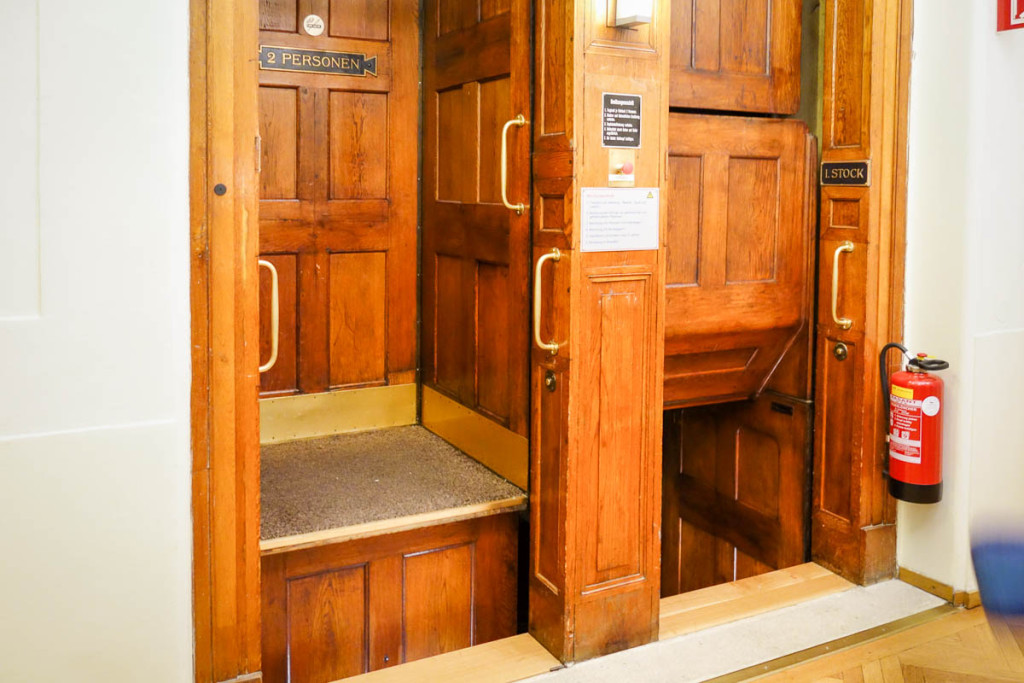 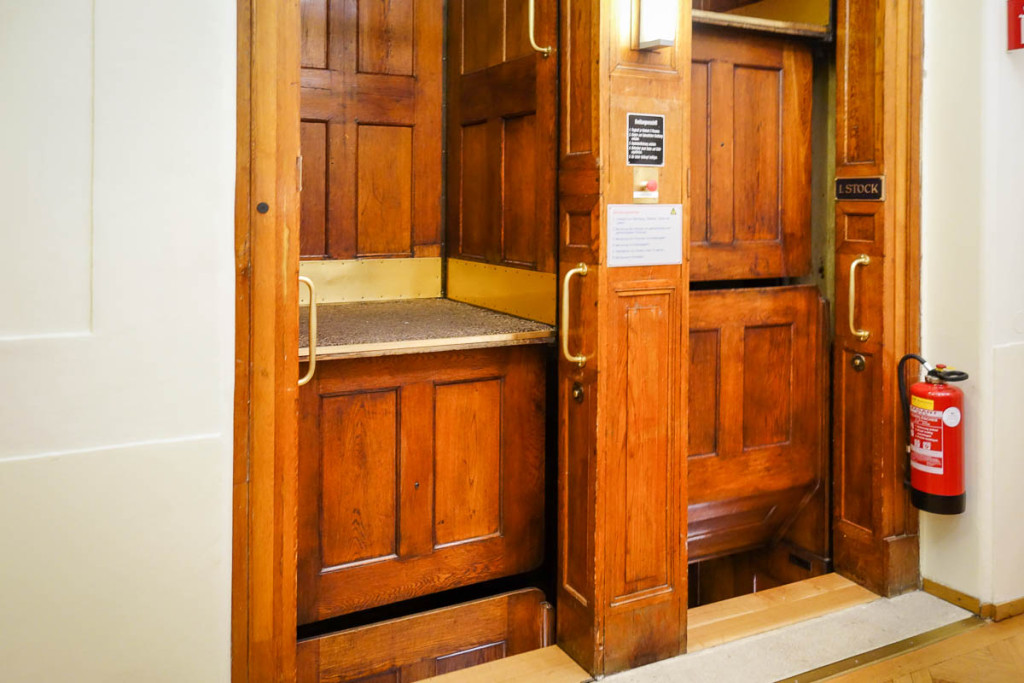 I wonder why it’s called ‘Our Father’? Is it a reference to God who omnisciently knows that what goes up, must come down?

What other countries have paternosters? Let me know! I’d love to find out about how this tech has spread around the globe.

Next morning, as usual, it was suitcase > airplane… but this time > home! My latest spot of globetrotting – modest this time, merely Eurasian – completed. 18 days from SVO to SVO. Like so: 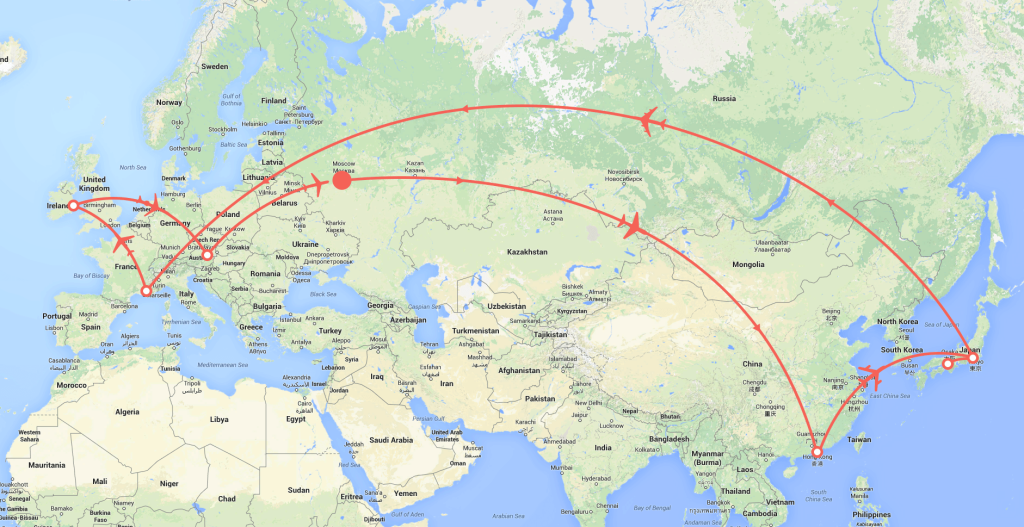 That’s all for today folks! See you soon!