It’s been a while, I know. My last dispatch was the one on our B-day bash mid-July! How time flies when you’re having summer fun…

The main reason I’ve been quiet of late was my month-long summer expedition to my favorite part of Russia – Kamchatka. As per tradition, I’ve plenty to tell – and show (in hi-res photos) – from that adventure, which is coming up soon in a series of travelogue-blogposts.

But, before I could even begin editing my pics and putting fingers to keyboard for the Kamchatka-2021 write-up – in fact, while still in ‘deep decompression’ mode after the month of euphoric exhilaration on the expedition – as soon as I was back home (as if to help with my decompression attempts) we were honored to be visited by a very special guest to HQ. And I mean really special. Yes, none other than former world champion chess player Anatoly Evgenyevich Karpov dropped by!

As already stated in the title – the red carpet was (just in case: literally:) rolled out, which we reserve for visiting ministers and other dignitaries, and, now, world-champ grandmeisters! ->

First up, a brief guided tour of our HQ given by moi, including of our slick and shiny company/product history museum. Along the way I explained to Anatoly how long-gone are the days when we were simply an antivirus company, and that today we’re a developer of a broad range of smart technologies and products which make our lives safer, better… and even ‘activate the future’). Handily, next to our museum we now have a mini-showroom (as slick and shiny as our museum) where I told the grandmaster about our online-blockchain-voting system Polys, our Antidrone project, and our multifunctional cybersecure-by-design operating system, while showing him some of the photogenic hardware that features in some of these projects. 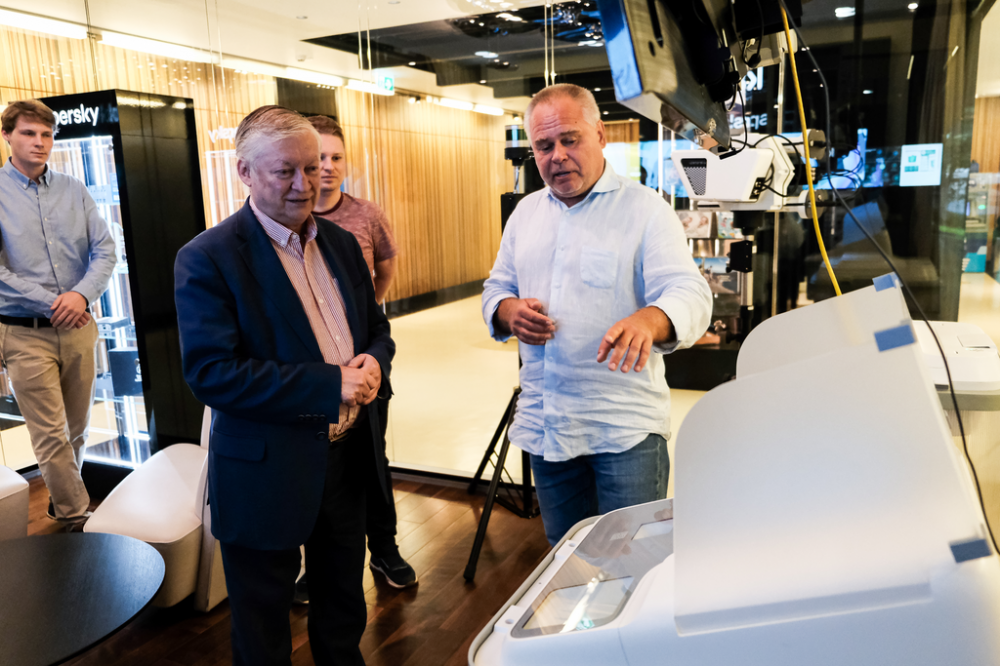 And we couldn’t pass the Green Elephant without a few words thereon now could we? But get this – in answer to my few words, Anatoly told me how he’d actually met Salvador Dali in person! 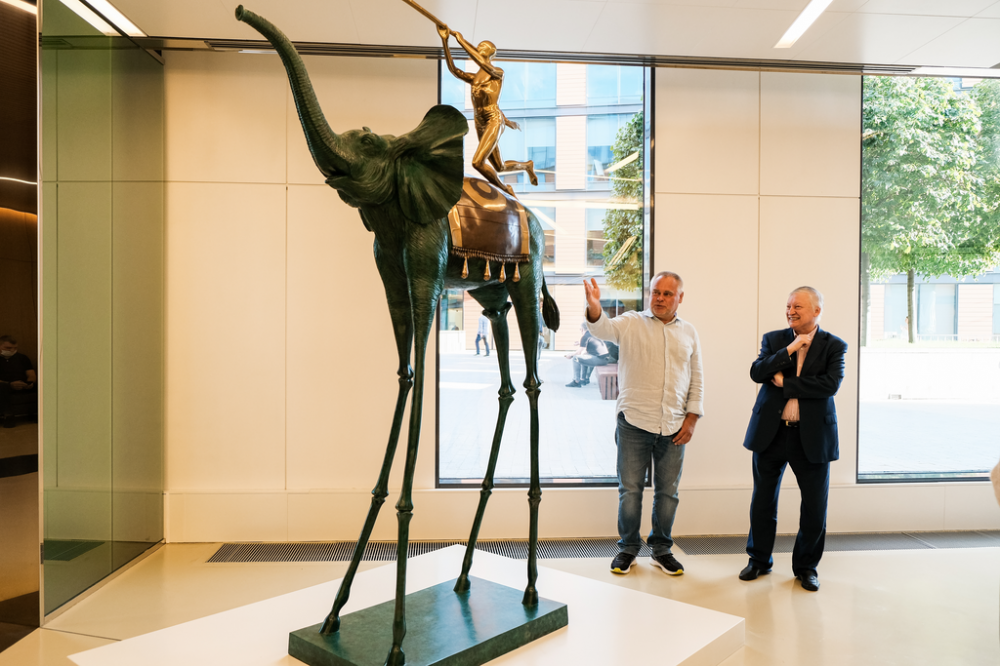 Meanwhile, our chess fans were already waiting for us in Barkas… 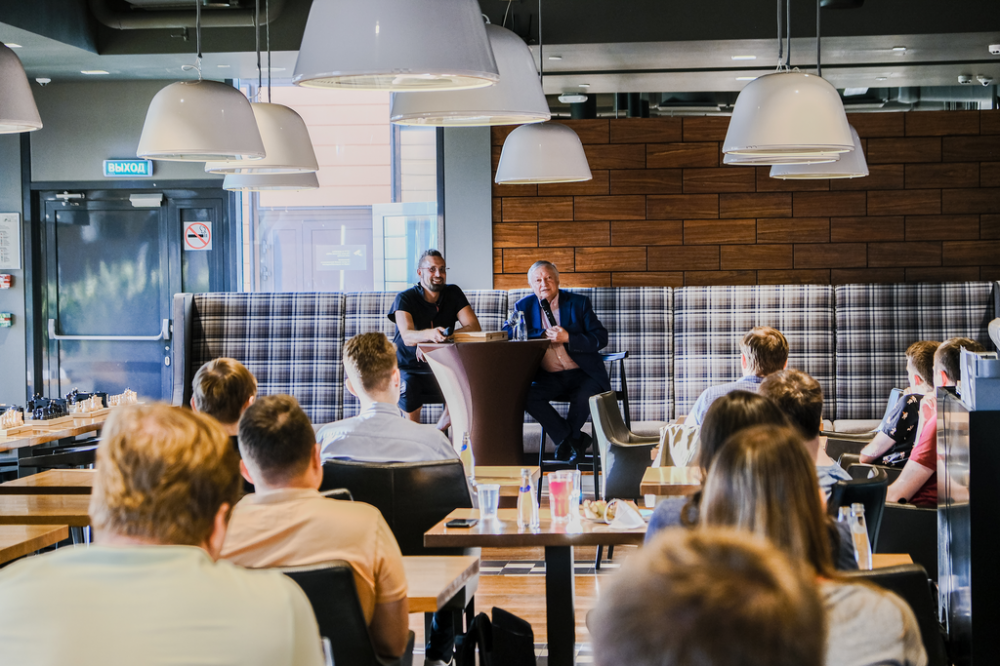 Alas, due to ongoing covid-related public-gathering restrictions, only 40 of our K-shakhmatisti were able to attend -> 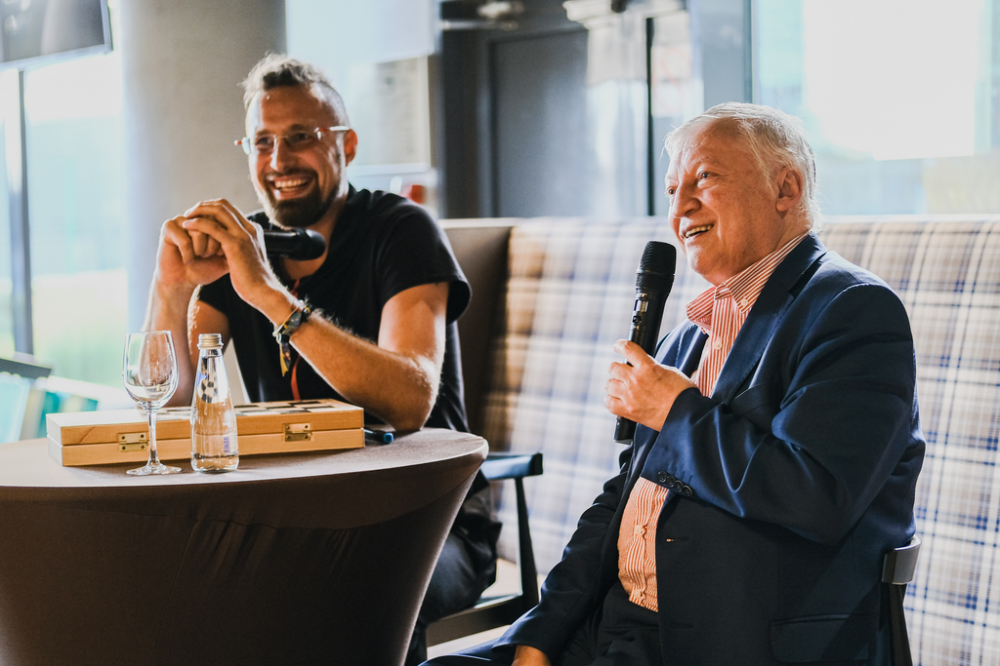 And the meet-and-chat turned out to be real cool – sincere and warm-hearted, with… a classic valve- amplifier tone to it!

For more than an hour Anatoly shared with our chess-buffs extraordinary tales from his life: about his childhood and the start of his chess journey, his impressions from his first trip abroad, notable victories, how he would prepare for tournaments, what to do when the opponent isn’t… human!… 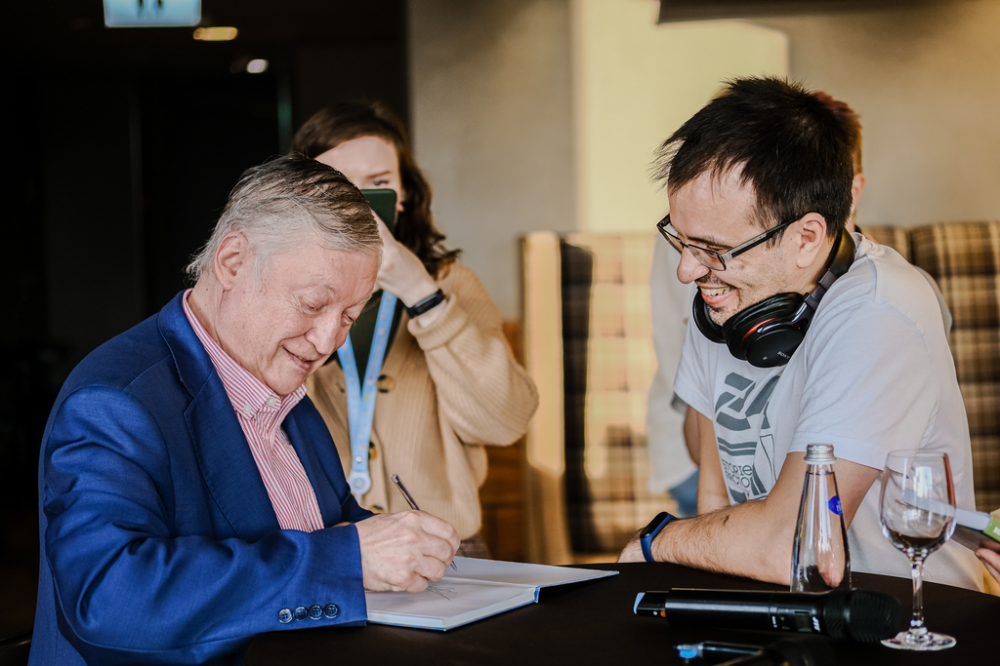 Then he fielded questions from the audience, gave autographs, and played the first move in five separate games, which were then played on by players from our Kaspersky Chess Club. 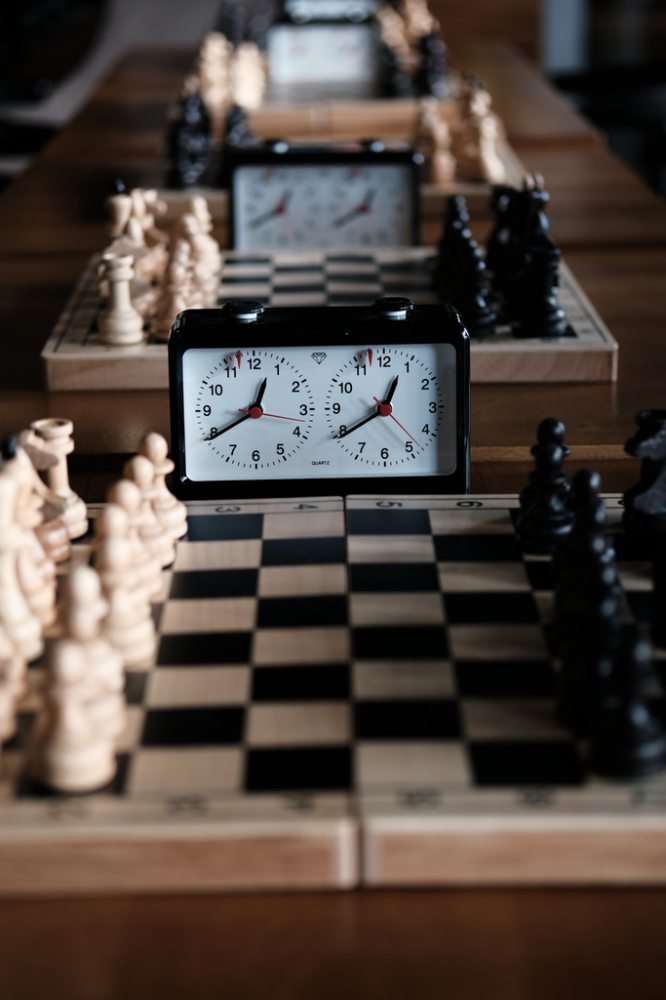 And now – a contest for the most attentive devotees of the Royal Game!…

In which of the 10 points listed above is there a factual inaccuracy?