As you’ll recall, at the start of this year a group of colleagues and pals and I completed a road trip practically across the full length of Russia – from as far east as you can get in a car (Magadan) all the way to Moscow (just a few hundred kilometers more and you’d hit Belarus), along the way stopping off at various worthy places of interest.

The journey took us a whole month (we could have done it quicker, but we took various detours and also dropped in on a few partners), during which we covered some 12,000 kilometers. A mind-blowing road trip it was too. After arriving in Moscow and finally coming to my senses after a month of senses-and-impressions-overload, I put fingers to keyboard to write a series of posts on the experience. Those posts tell how the trip turned out: somewhat unexpectedly – absolutely awesome. No – perfect! So white, so cold, so permafrost, so vast, so unusual, so endless… so surprisingly well-kempt (the roads, that is).

From Magadan to Oymyakon to Yakutsk to Chita we were in Renaults:

In Chita we upgraded somewhat – to Mercedes: 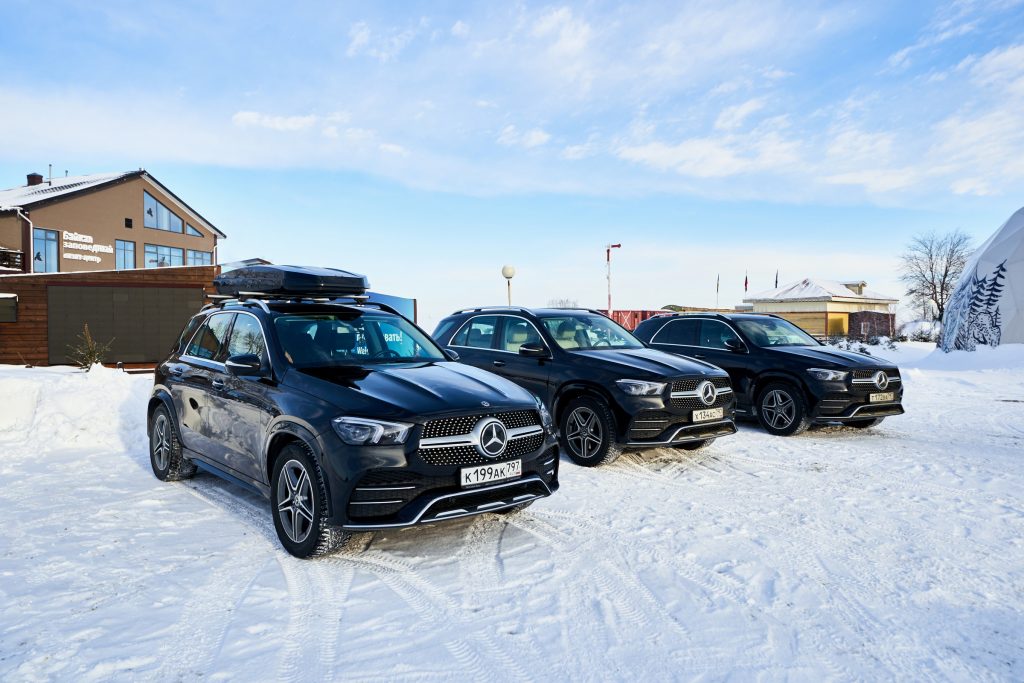 From Magadan to Chita (stopping off at Oymyakon and the Lena Pillars) – a little over 5000 kilometers. Then from Chita to Moscow (via Kungur and Naberezhnye Chelny) – another 7000.

The photos have been published, even the dash-cam footage has been uploaded to YouTube (beware – there’s a ton of it!), but still there’s something missing, at least here on this blog…

How many speeding fines did we get?! Or – how many photos were we sent, later, after maybe breaking the speed limit along our route of 12,000 kilometers? See, our cars were rented ones, so any photos from the traffic police showing us speeding would have been sent to the rental companies.

So, how many photos were they sent? Have a guess!…

In the meantime, while you’re thinking, another portion of good photos from the Kolyma Highway:

All right, without further ado, let me give you the answer…

Out of the full 12,000 kilometers driven along highways across nearly the full length of Russia (the world’s longest country!) – in five Renaults to Chita, then in three Mercs to Moscow – we racked up a full three (3) speeding tickets! WHAT?!?!

First off, let me tell you that, since cameras took over much of the policing of speed control of vehicles on roads, in Russia (more so in the big cities), fines for speeding have become rather a (minor) bane of the life of the modern driver in the country. The speed limits sometimes are perplexingly low (40km/h on an open, straight, 12-lane (!) typically empty highway; no really – it happens), and other rules are so easy to break most anyone can and does make them if they’re not constantly careful and 1000% alert to signposts, lane markings, etc. A fine with a photograph in the post or sent to you by email can be a very common occurrence. (Of course, on the other side of the coin – I am sure the high risk of fines does make people drive better in the end, but that’s a whole other story).

On this stretch we were awarded a full zero speeding tickets. But that figures…

Practically the full length of the highway runs through completely unpopulated countryside/forest: so no speed cameras whatsoever; only a few in the occasional villages you pass through, and we always obeyed the speed limits there (as we’re law-abiding, children-and-other-pedestrians-protecting citizens). Even if there had been cameras on the unpeopled stretches, they’d never have caught us going over the speed limit: at -50°C and below a car’s suspension becomes very hard, so the ride becomes very bumpy if going fast – which also has the added hazard that said suspension could actually break up if driven too hard as it gets so brittle with the extreme cold. Accordingly, we were forced to go only around 70-80km/h, 90 tops.

Also, on this stretch, we saw just one traffic-police patrol car truck! But get this: it’s not patrolling to catch out speeding drivers; its main purpose is to help cars that have gotten into some trouble along the highway. Locals, btw, call such traffic-police trucks ‘white swans’! -> 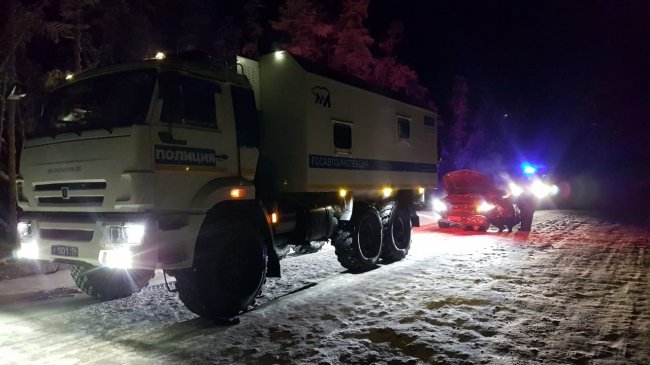 Btw, I took that photo from here.

But if you get stuck in snow or slide off the road up north or near Oymyakon, the nearest white swan is hundreds of kilometers away. Yes, that’s another reason we took it extra steady up there ).

This is another remote stretch with hardly any populated centers along it – so no cameras either. But speeding wasn’t on our minds anyway – with temperatures around -40/50°C and the roads rather icy. A good quality road like this with views that blow the mind all the way along it – meditative contemplation was the on menu, not breaking speed records. 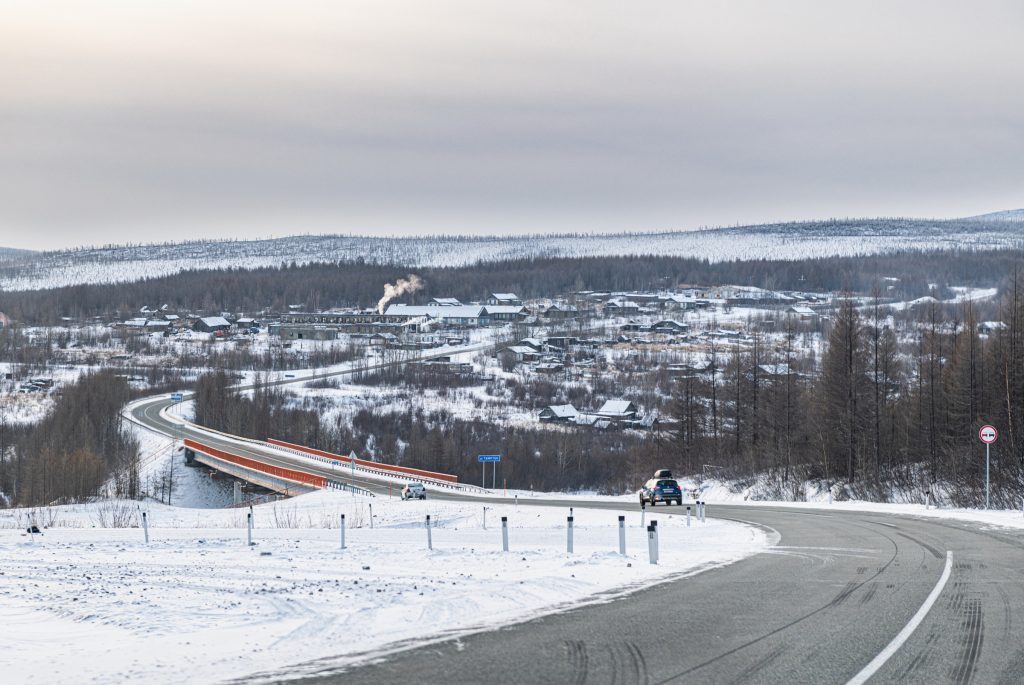 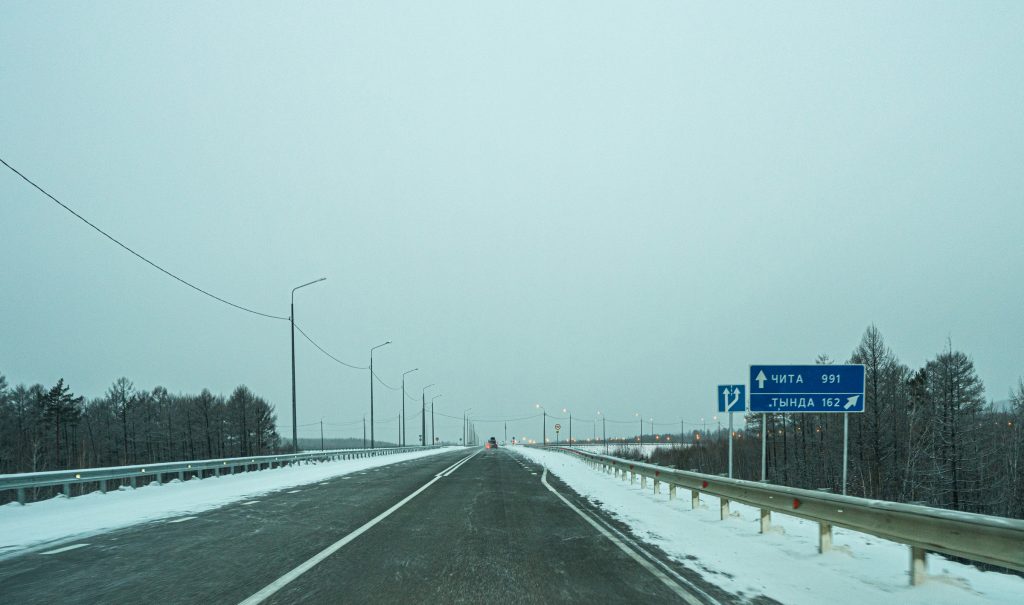 Just like the Lena, another good solid road – despite the potential for its being a lot worse (extreme climate, permafrost…). The speed limit here, again, is a natural one: this time – the ‘Amur waves’, which are ripples in the asphalt covering caused by the permafrost. There’s no going fast on these if you don’t want to wreck the cars’ suspension – or your spine ). 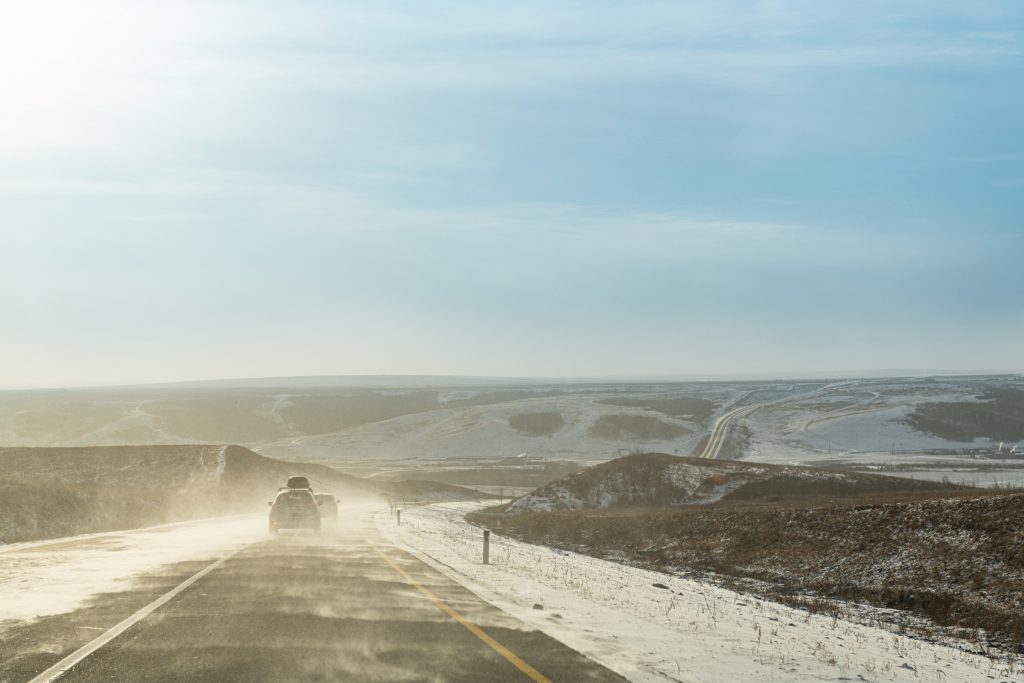 Just before and then after Chita, the further we drove, the more and more built up became the surroundings. Accordingly – more and more cameras. In Novosibirsk the camera situation was like something out of a dystopian sci-fi novel – speed cameras on practically every utility pole. Helpfully, Siberian drivers flash their headlights to oncoming traffic warning it that there’s a speed camera just ahead. Not that we were generally speeding, but sometimes we may have gone a touch over the limit.

Btw, in Russia, at least formally, you can be fined if your license plate is unreadable because it’s so filthy from road dirt, slush, snow, or whatever else. Our cars were always rather clean – apart one afternoon between Omsk and Tyumen: just one morning driving through slush and our freshly washed cars looked like they’d never been washed for months by lunchtime! ->

You’ll have worked out already by deduction that all three of our speeding fines we got during this ‘rest of the way to Moscow’ stretch. All three fines were for going over the crazy-low speed limits in villages – 20 or 40km/h: here, here and here. Always easy to be caught out by these. Still – naughty. Btw: all fines were paid straight away practically automatically; we never knew anything of them – until I asked out of curiosity!…