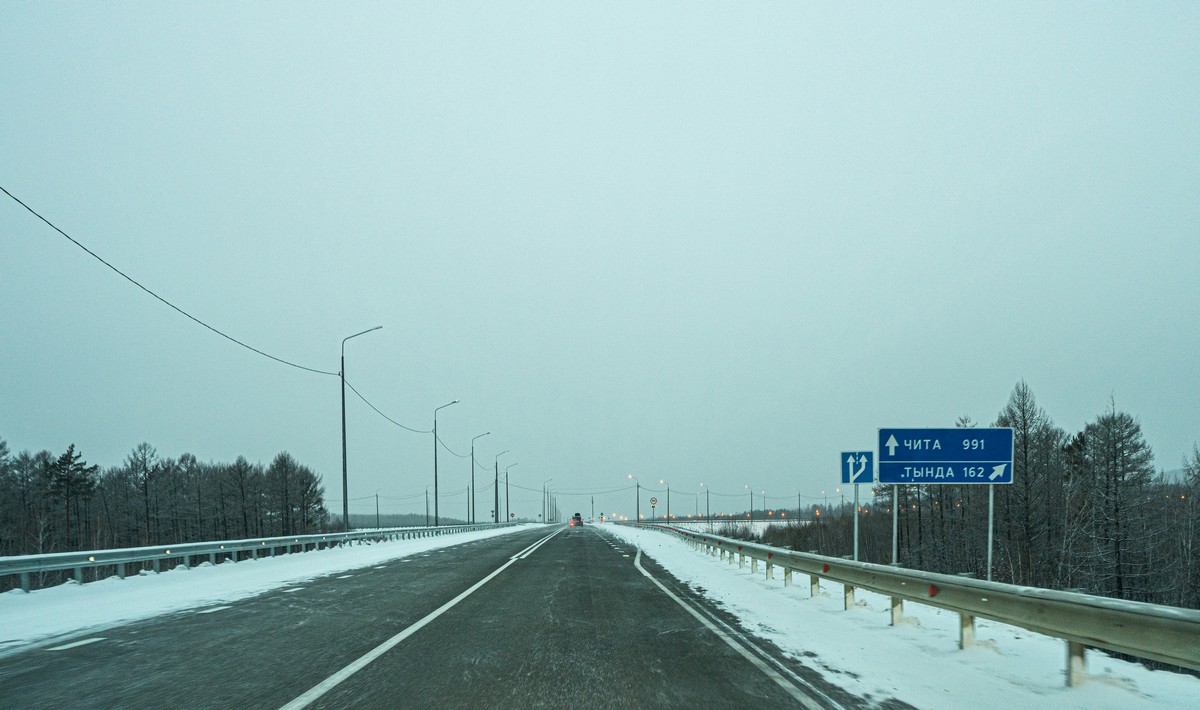 Here’s the signpost that used to be here, but it’s disappeared. Why – or where – I do not know: 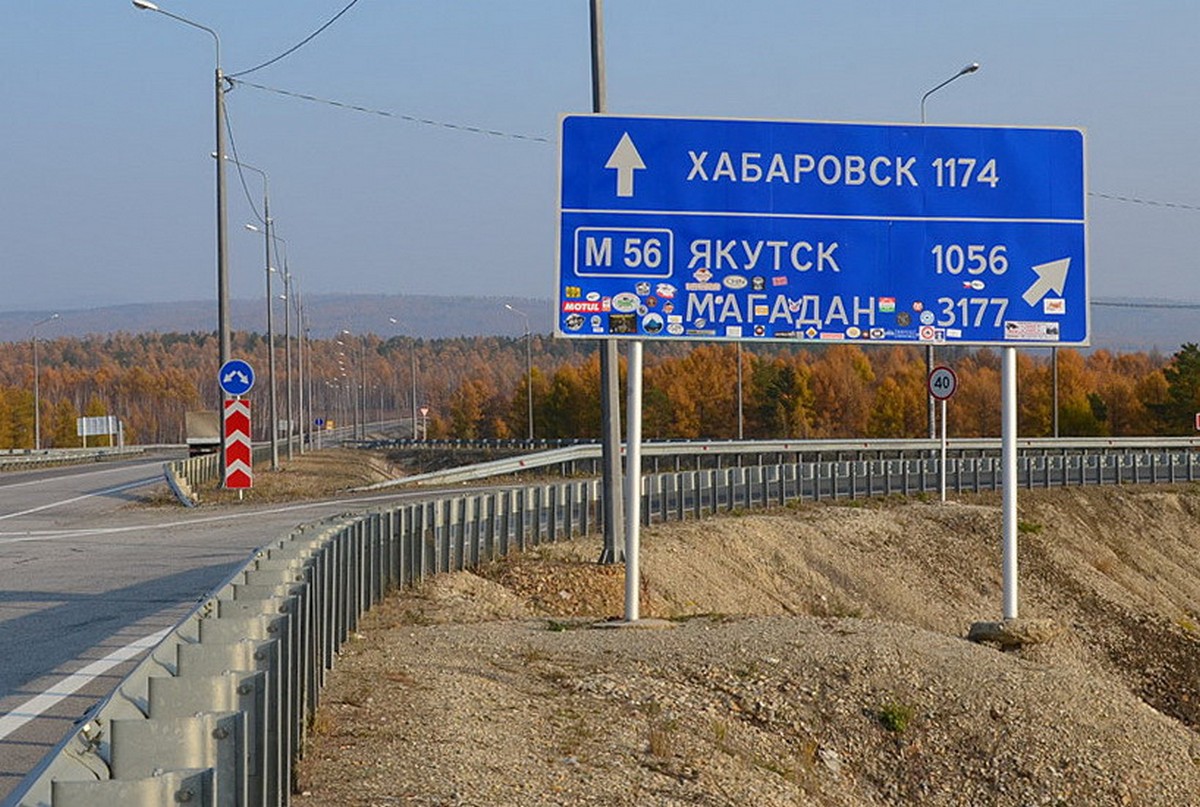 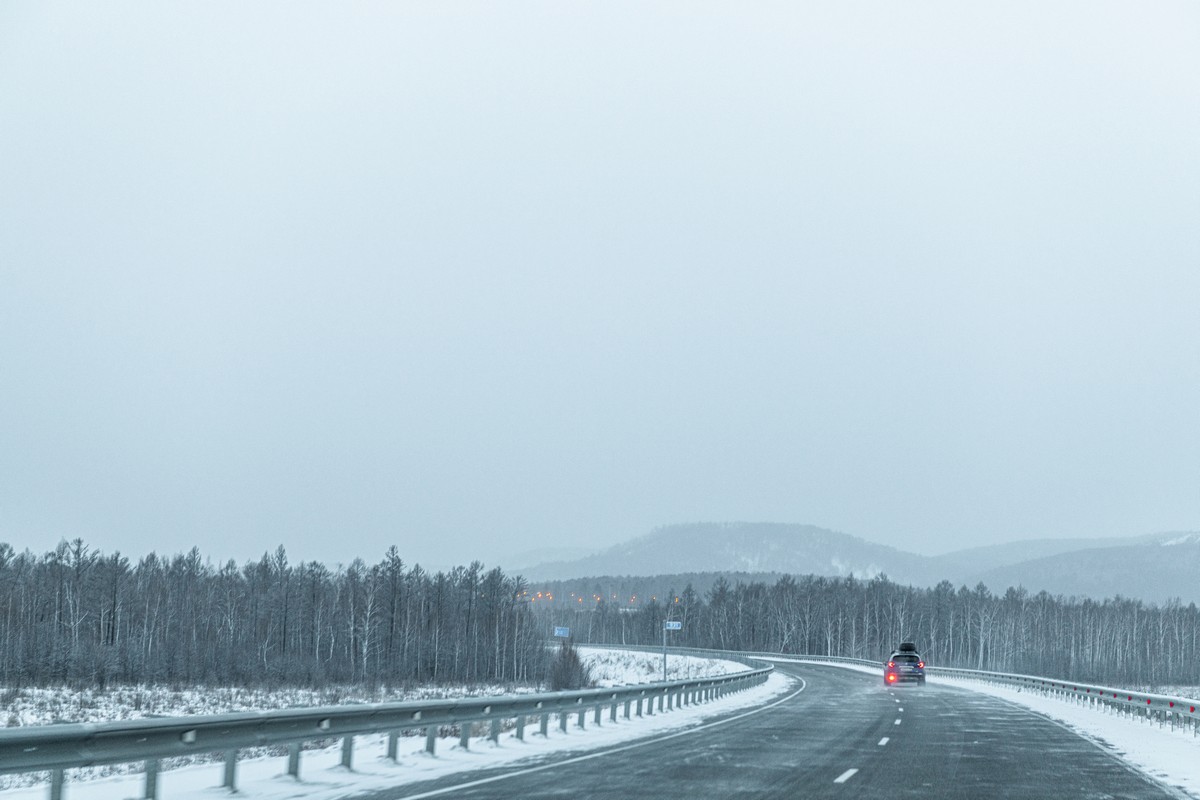 After around 150km we saw a sign for a turning to a village two kilometers from the highway named Yerofey Pavlovich, named after  Yerofey Pavlovich Khabarov, the 17th century Russian explorer. Somewhat tickled by this utterly unpretentious approach to the naming of a village (not Yerofeygrad, not Khabarovsk (there’s already a Khabarovsk), not Yerofeysk, but simply Yerofey Pavlovich!), we unanimously decided we simply had to make a pitstop there! ->

And it turned out that main reason for the village’s existence is to serve the Trans-Siberian Railway, which runs through the middle of it. Naturally, then, we headed to its station. And a very nice station it is too -> 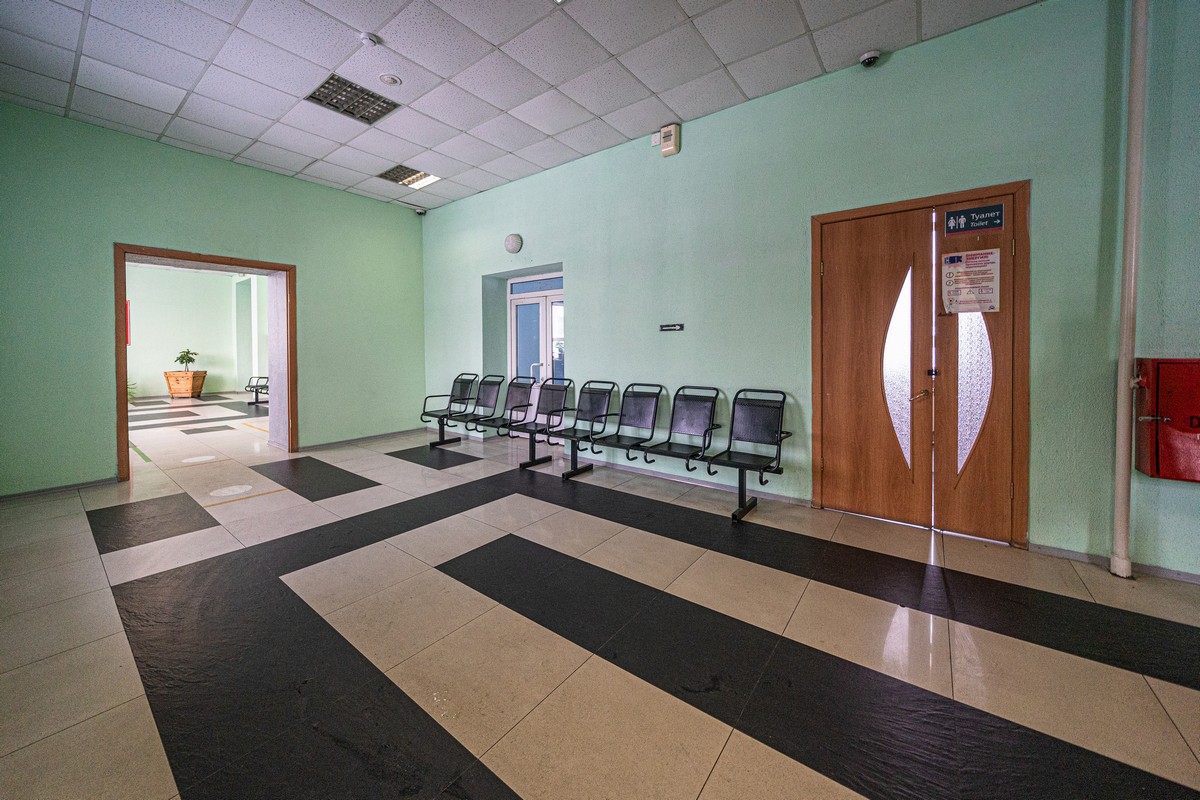 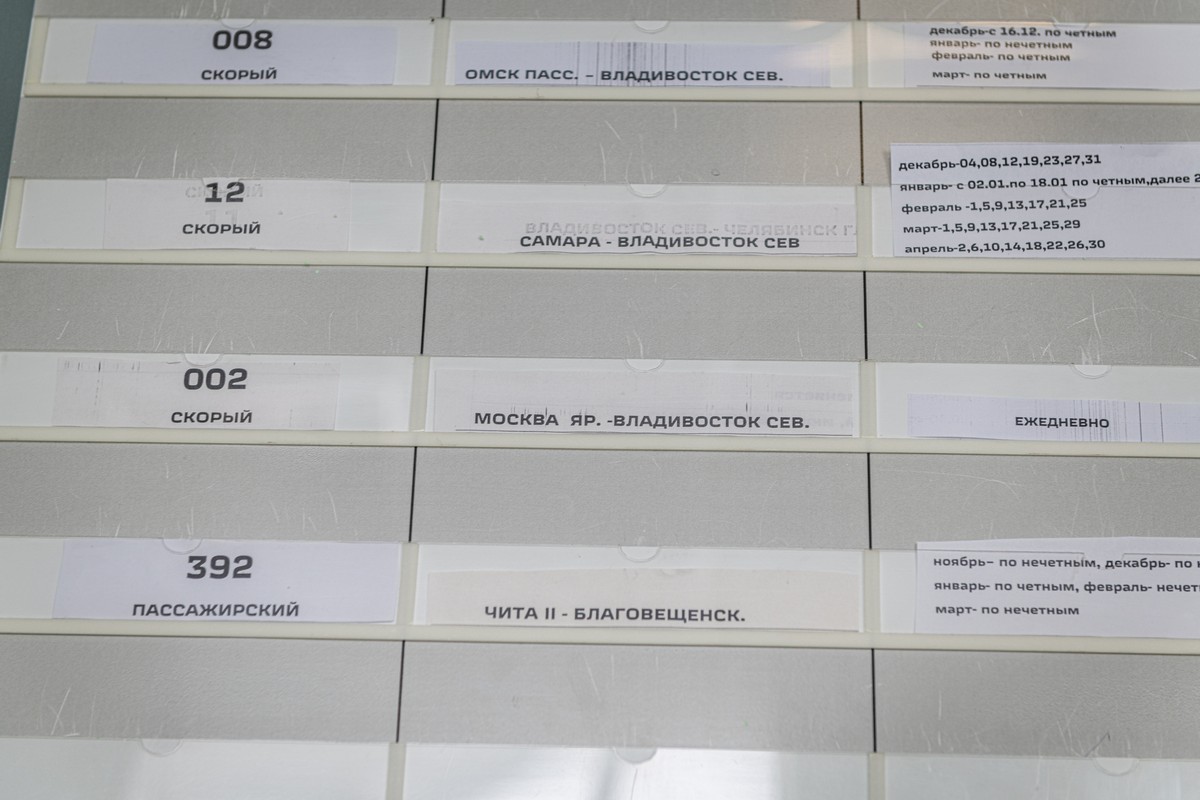 Of course, I just had to… touch the Trans-Siberian Railway!

The Trans-Siberian Railway – another masterful feat of civil engineering in a harsh environment. 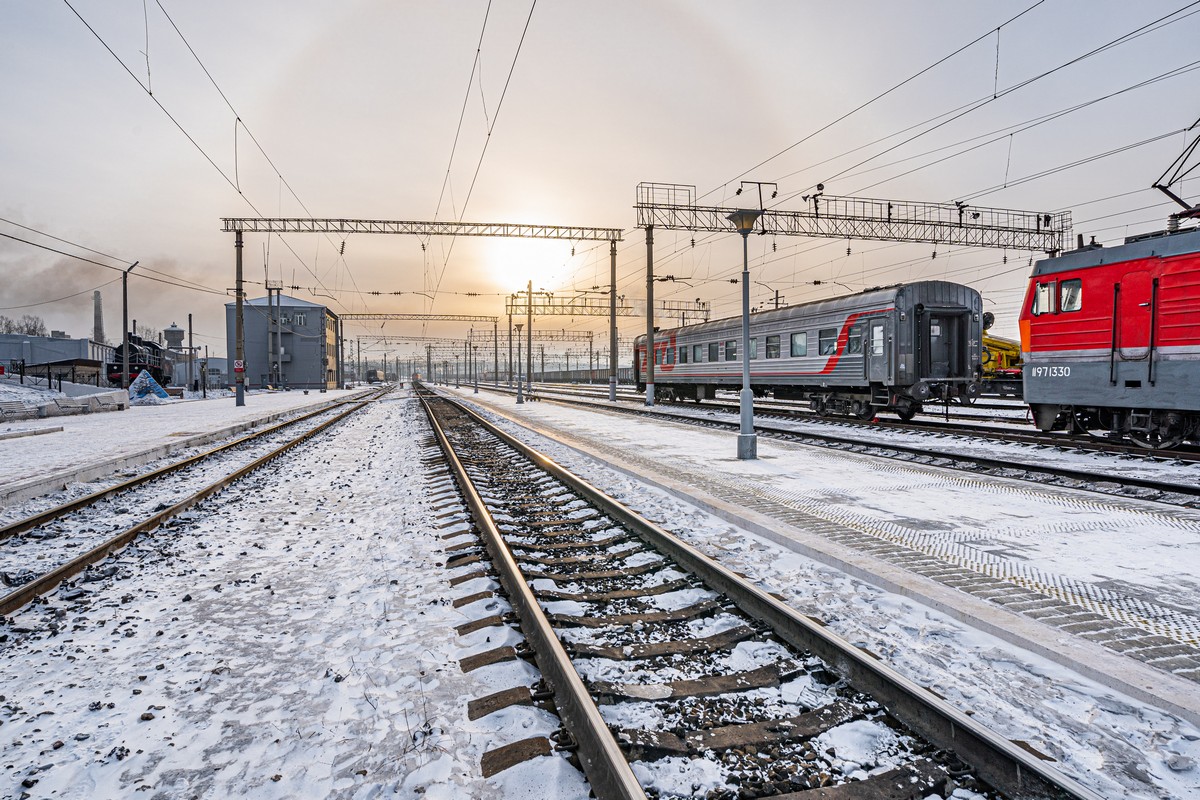 You know me – I Iike sharp contrasts; accordingly – here’s how the village built to serve the Trans-Siberian looks! -> 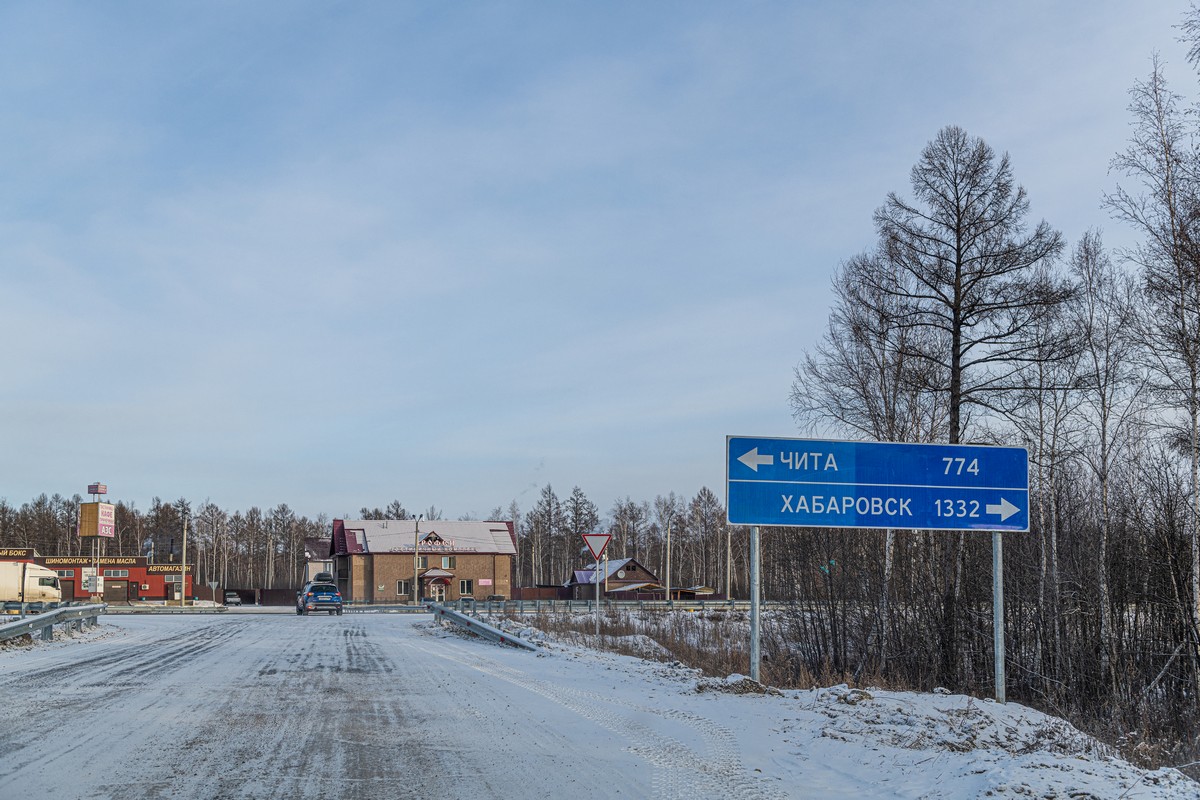 The Amur Highway is another good quality road: asphalted, well-signposted and marked. Two lanes – one in each direction – sometimes with an extra lane for overtaking, not that there’s hardly ever any traffic.

Not far away – the Trans-Siberian, which, unlike this highway, has heavy train traffic going both ways carrying a few zillion tons of whatever every month: 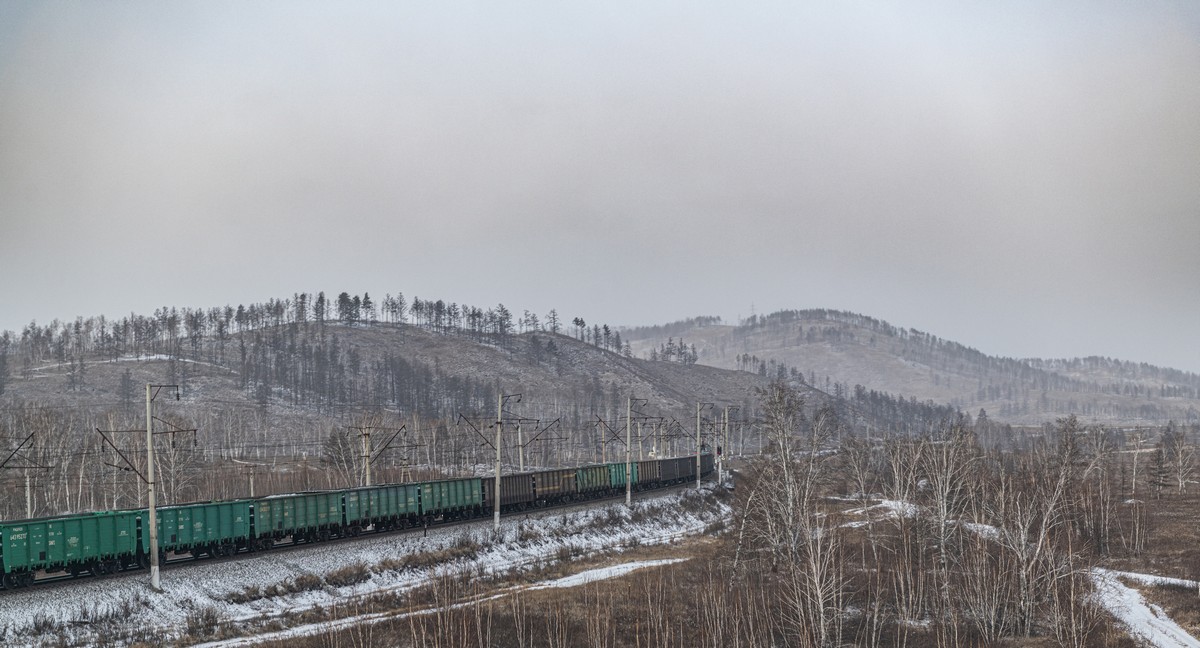 As we drive we notice how there are absolutely no signs of human life: no villages, no farms, not even the odd barn. Zilch. 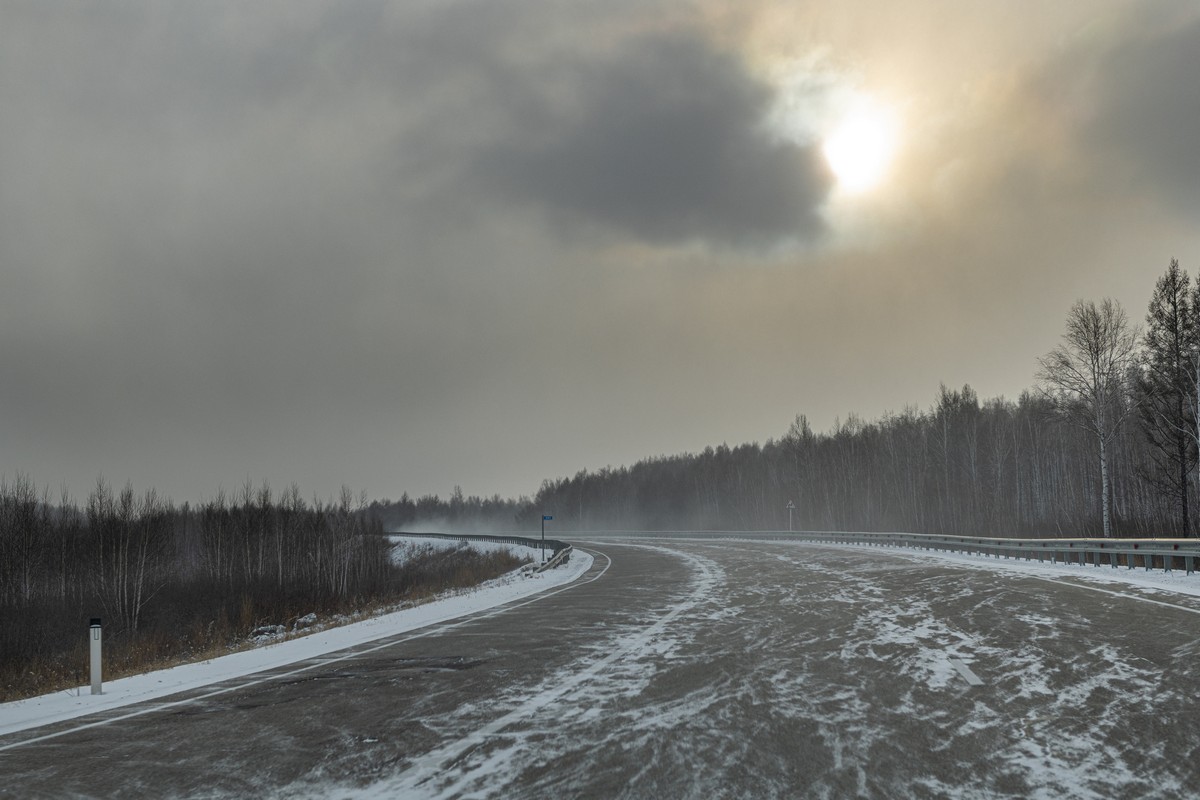 Here’s something we did hardly at all – pass a slow truck: 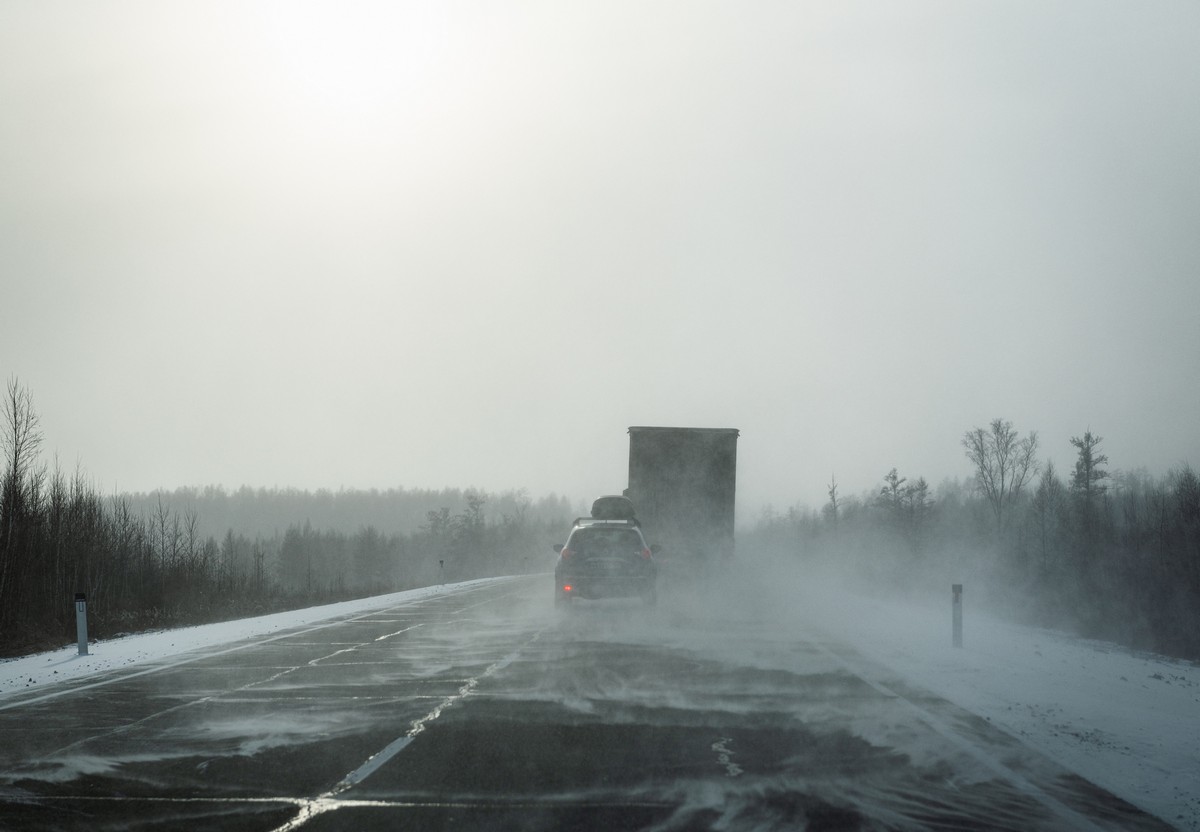 On and on we drive, sometimes in a blizzard, other times in the shining sun:

The only unpleasantnesses: the ‘Amur waves’ in the asphalt, formed by the permafrost. Kind of ripples. And they can get quite high, so you have to slow down to ~50km/h so as not to be jolted around: 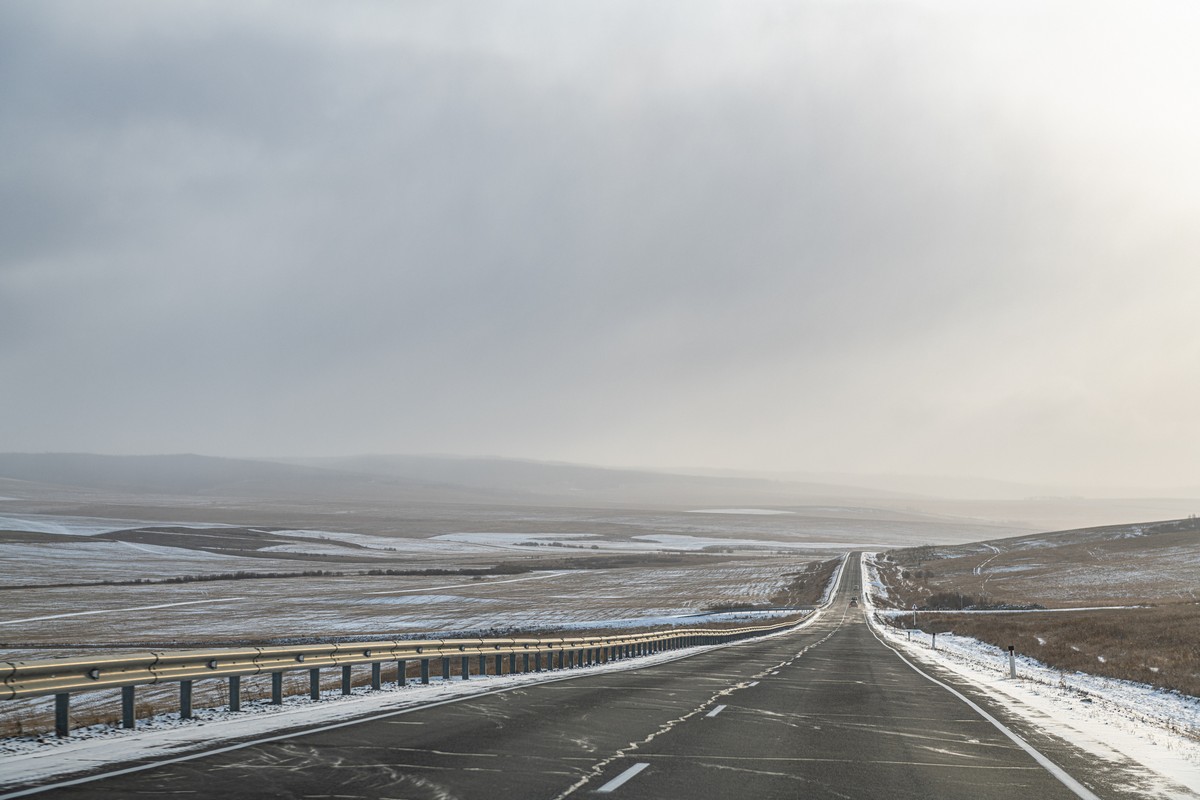 We leave the Amurskaya Oblast and enter Zabaykalsky Krai, heading for Chita… 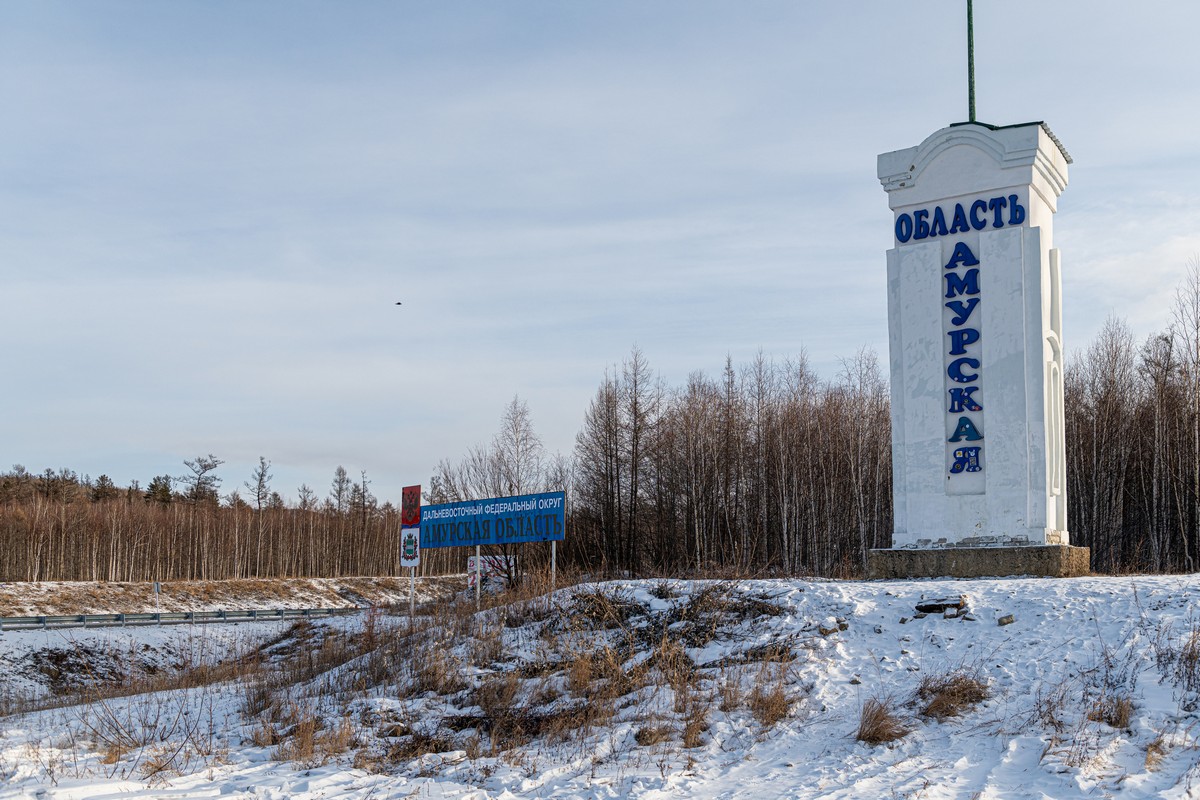 We notice a change in the surroundings: up till now there were no pine forests at all; now… ->

All the way – beautiful panoramas:

Other vehicles start appearing ~300km from Chita, as do villages ->

After around 900 kilometers we arrive in Chita – at night. And we left early the next morning, so I’ve only a few nighttime pics: 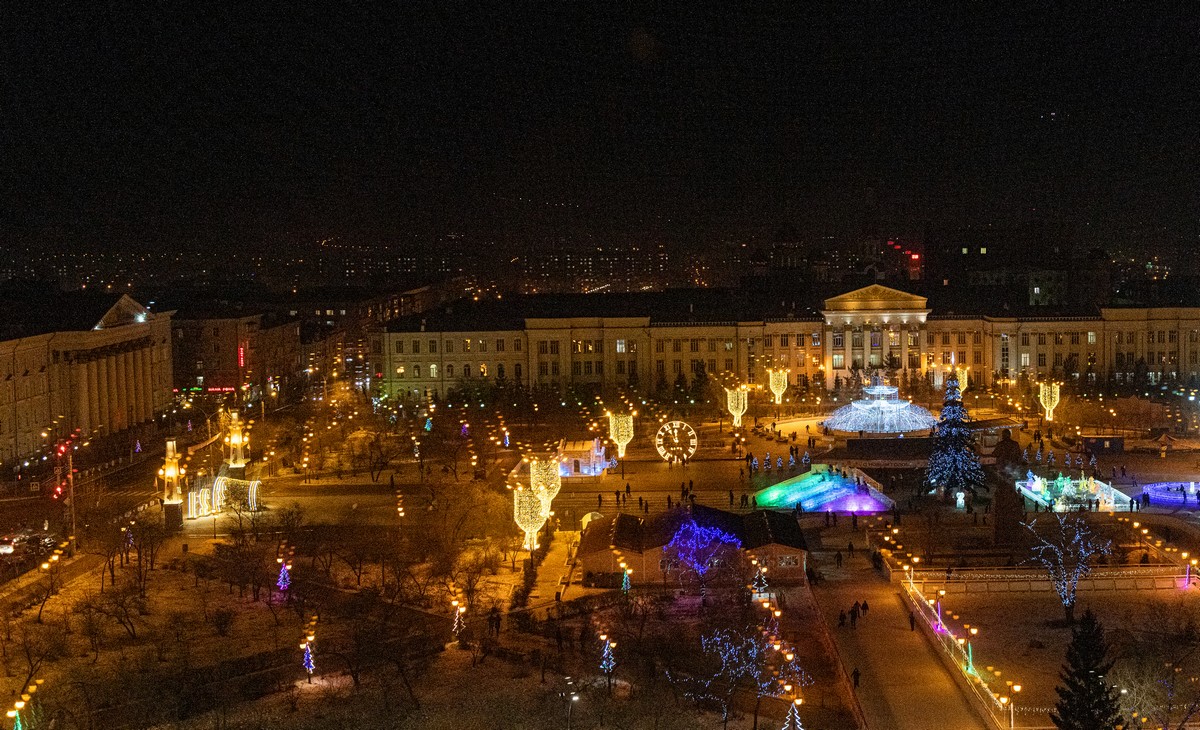 The main street – of course, Lenin Street! – full of life and Siberian winter-wonders! ->

On the whole – a charming town (besides the smell of coal in the air (the local power plant is coal-fired:)).

And that was that. Chita – done, at least nighttime Chita. The day after we were heading to Ulan-Ude…

And here’s this day’s dash-cam:

And here are the highlights: