Tasmania – done, at least in terms or a road trip therearound, plus much trekking along its peninsulas. The only thing still not done – chopper ride!… 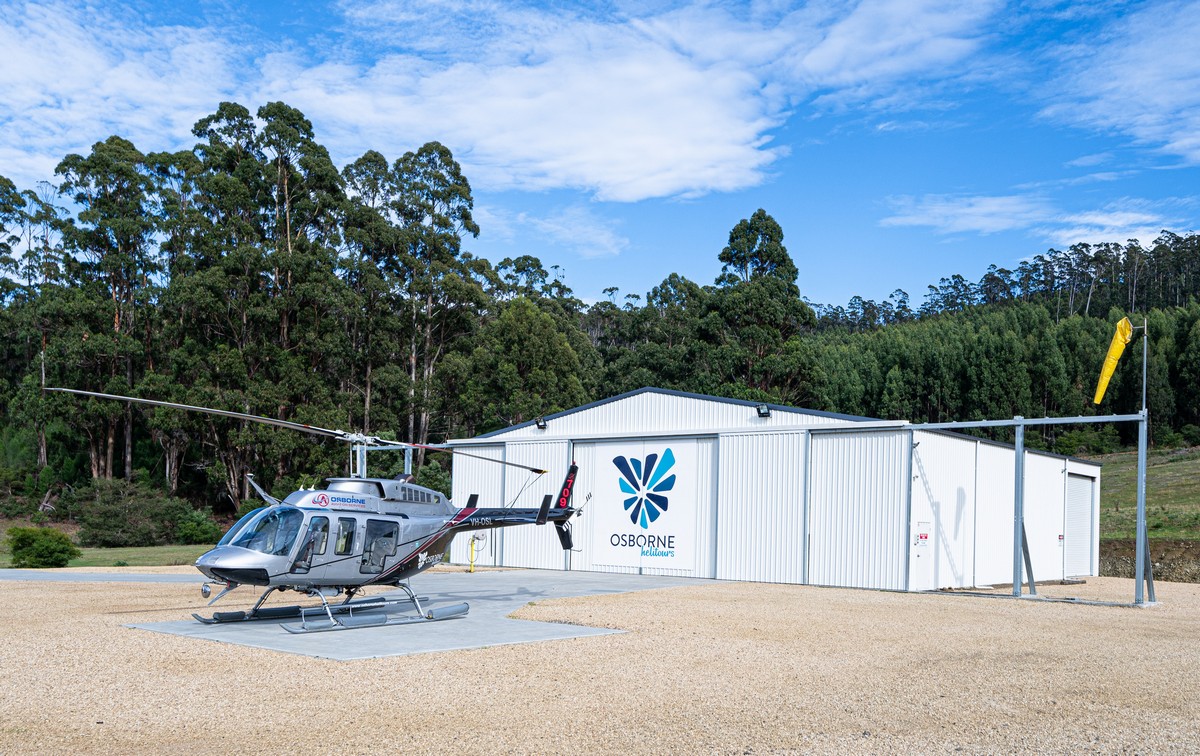 First up – Tasmanian forest. You can see here how a swathe had been cut down, then replanted. I bet this is something to do with the very active logging that goes on on the island – done wisely: cut down, then plant some more in their place. 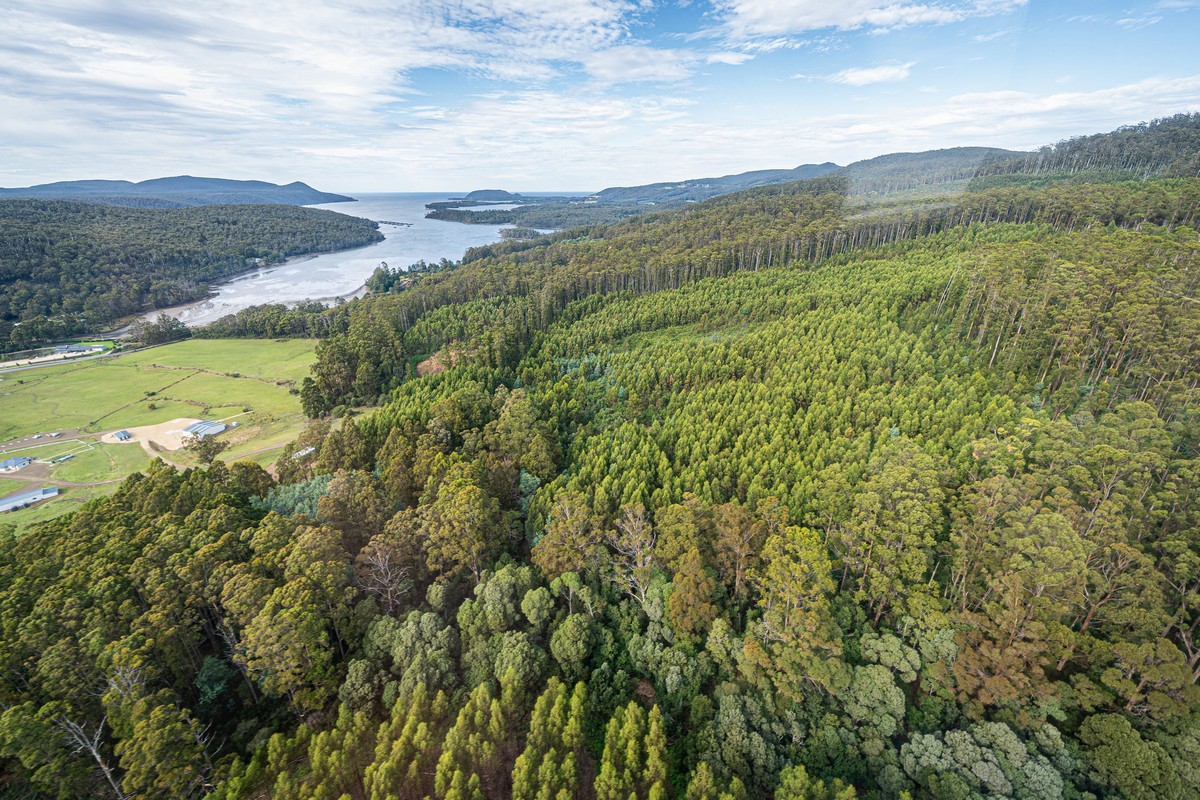 If you look closely you can see how the underbrush down below under the trees is crazy thick, dense, impenetrable – that is, to humans. Wallabies, Tasmanian devils, echidnas and other assorted rare creatures apparently thrive there though (a state of affairs I’m sure only helped by the lack of humans:). 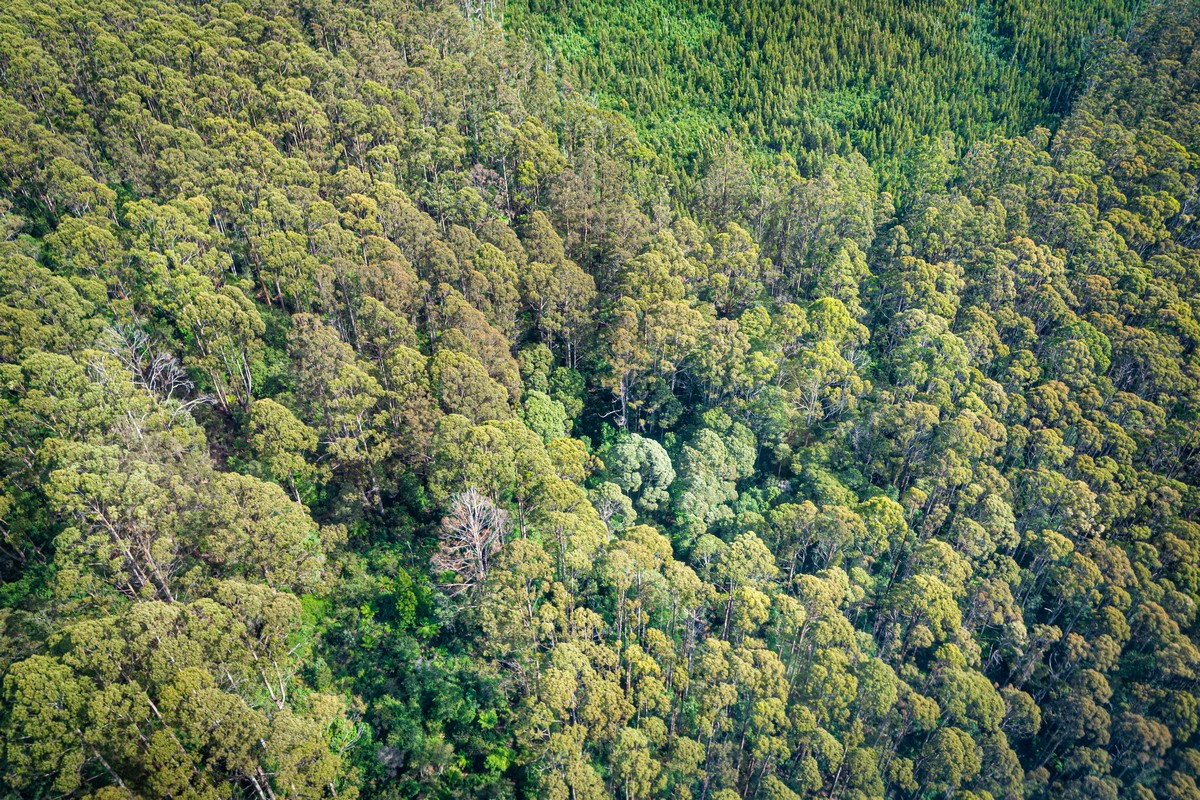 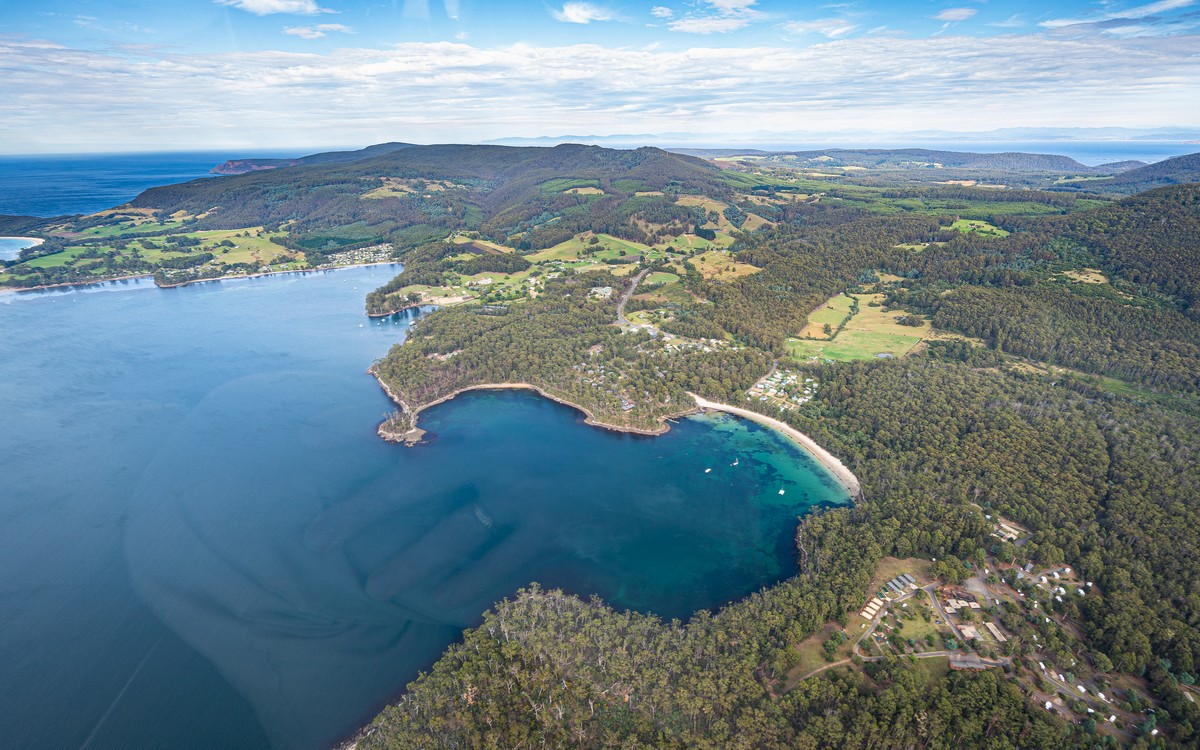 Sure, it’s not big – a mere village really, but it does have its own golf course: 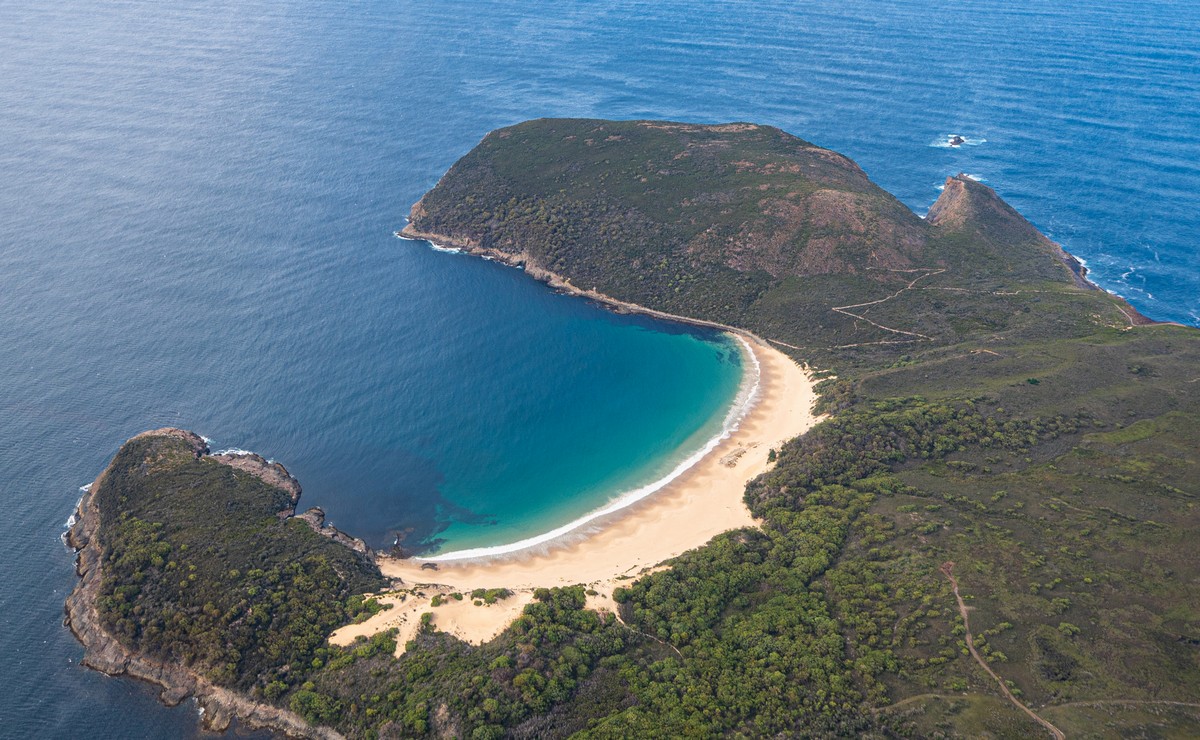 In the distance – Cape Pillar and Tasman Island: 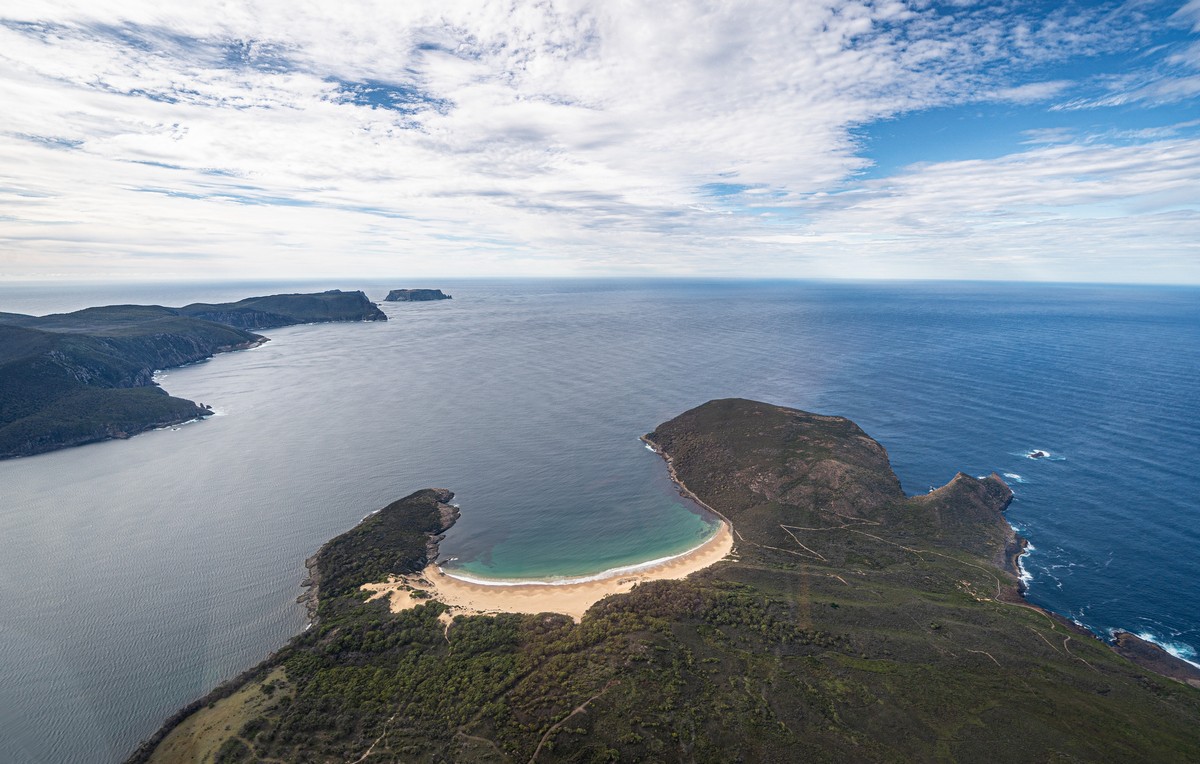 And here’s the cape we didn’t have time for – Cape Raoul. This one always comes first in any list of the island’s capes. Second comes Cape Pillar; third – Hauy. 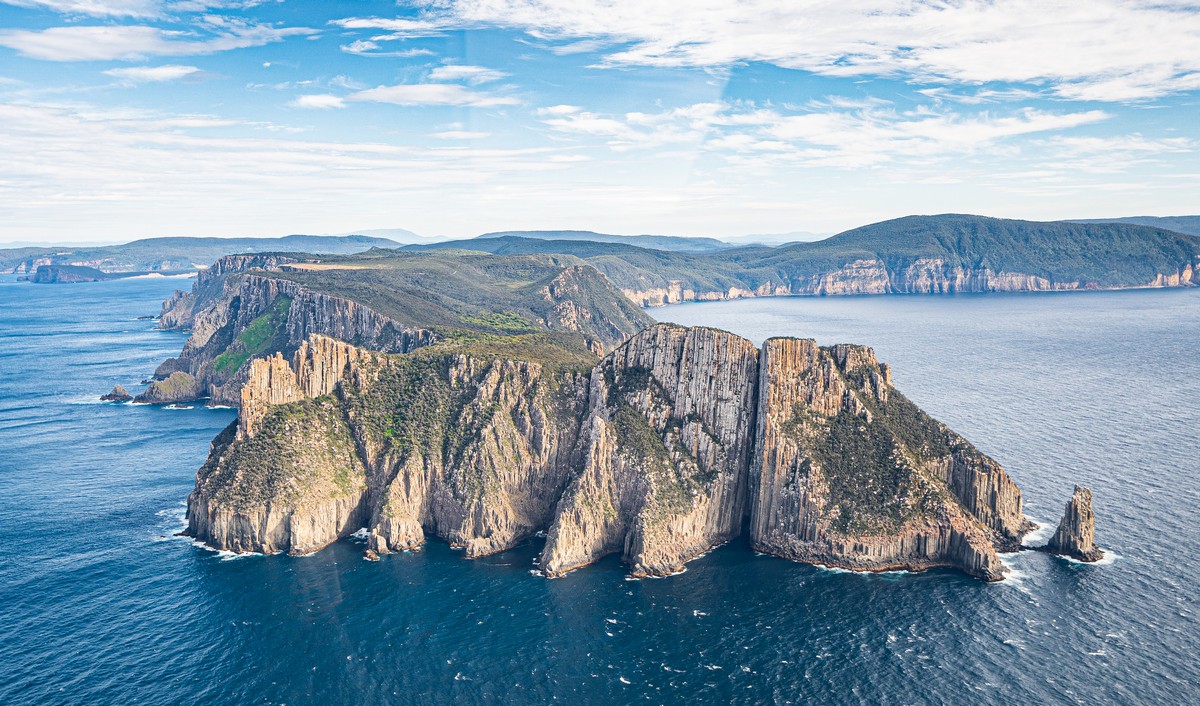 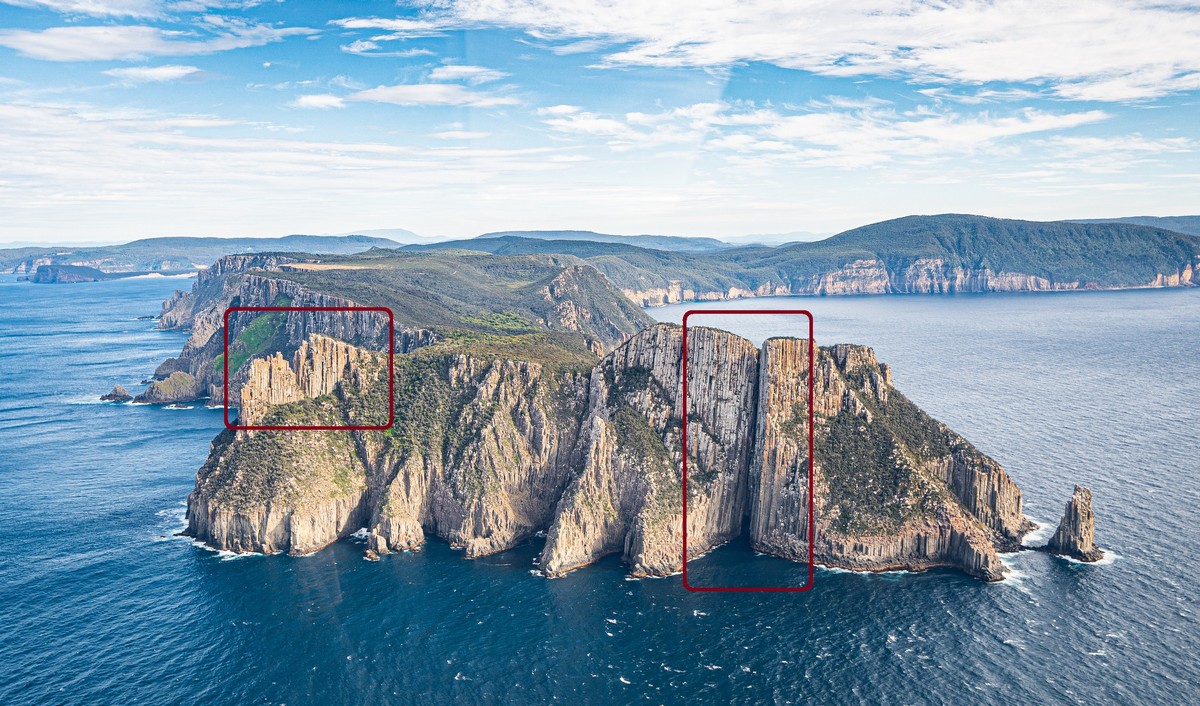 The Blade and Pillar: 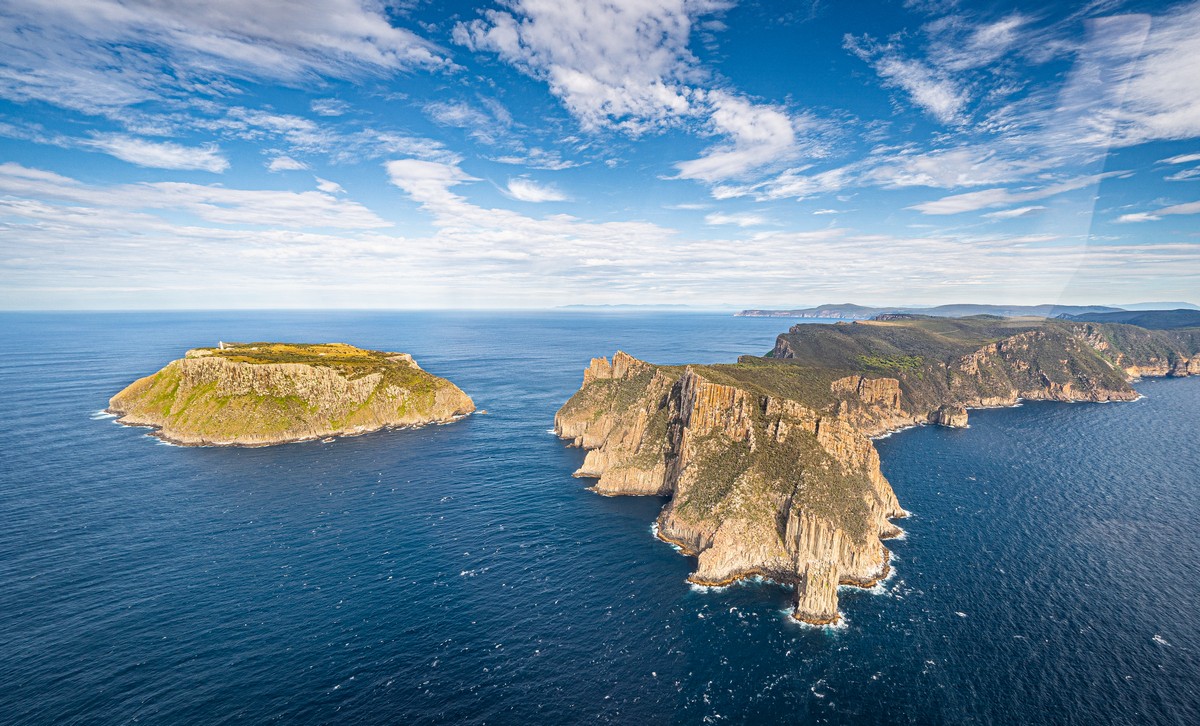 Marked: where we were:

Here it is close up: 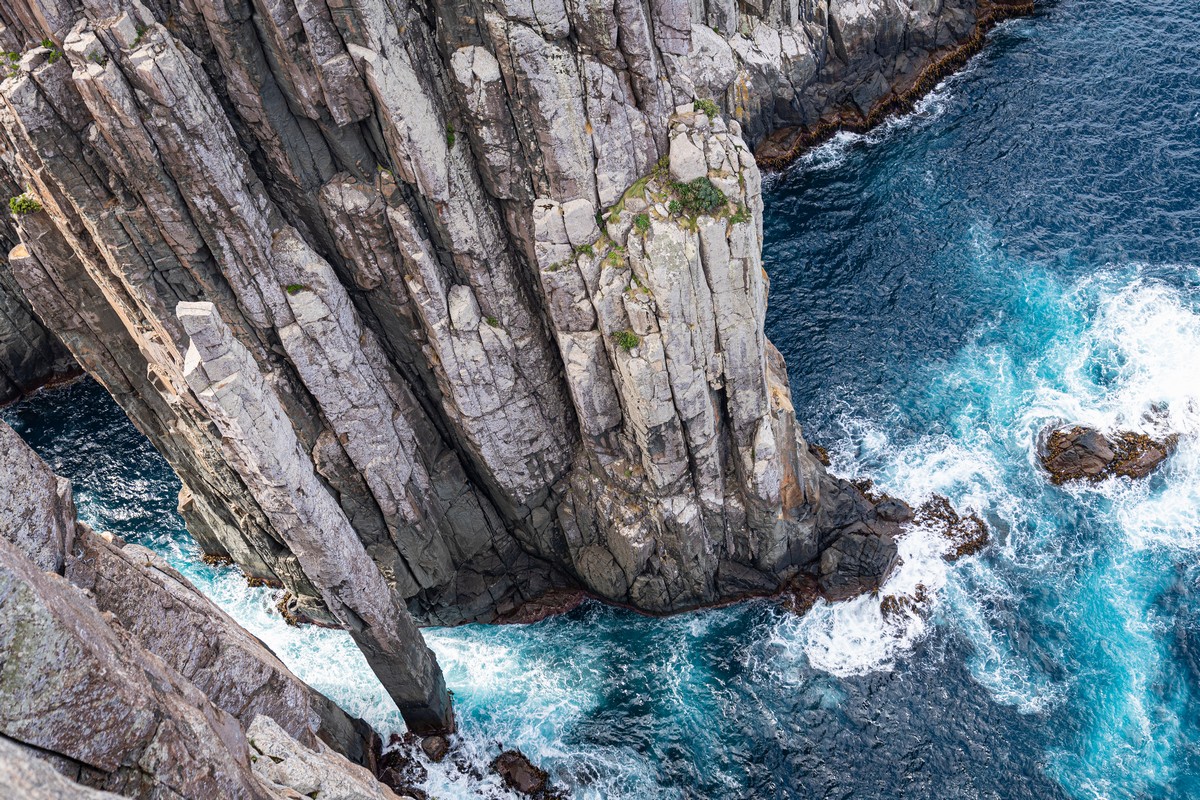 Fortescue Bay, where we had our dip at the end of the Track: 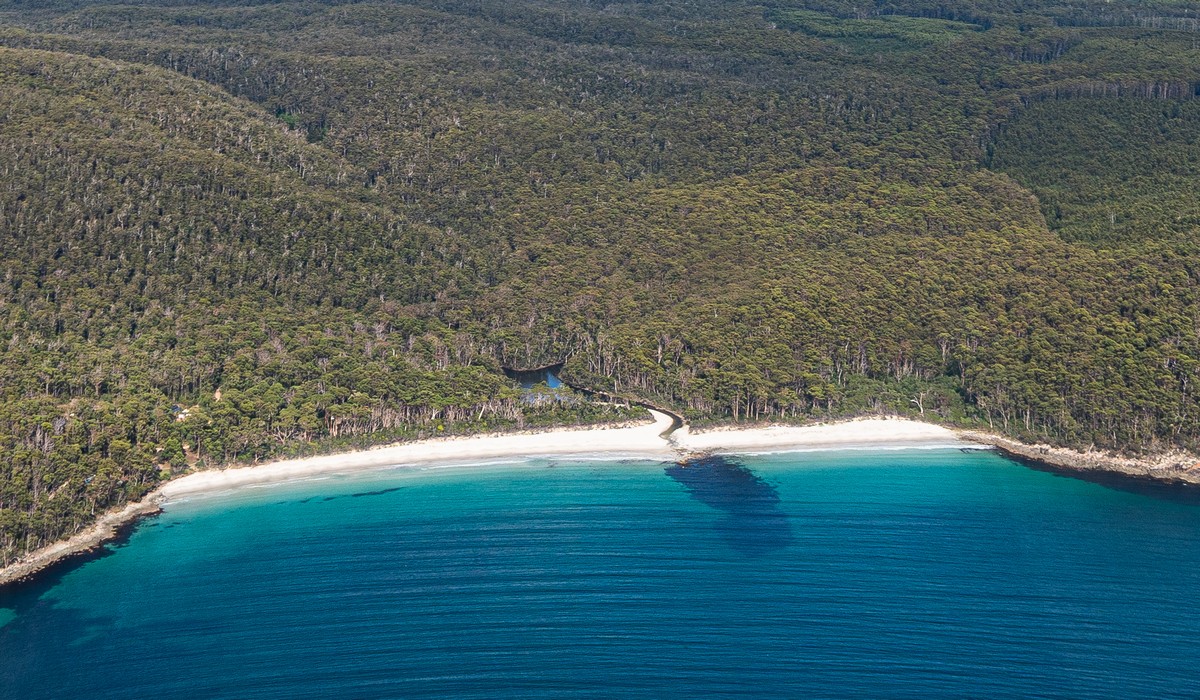 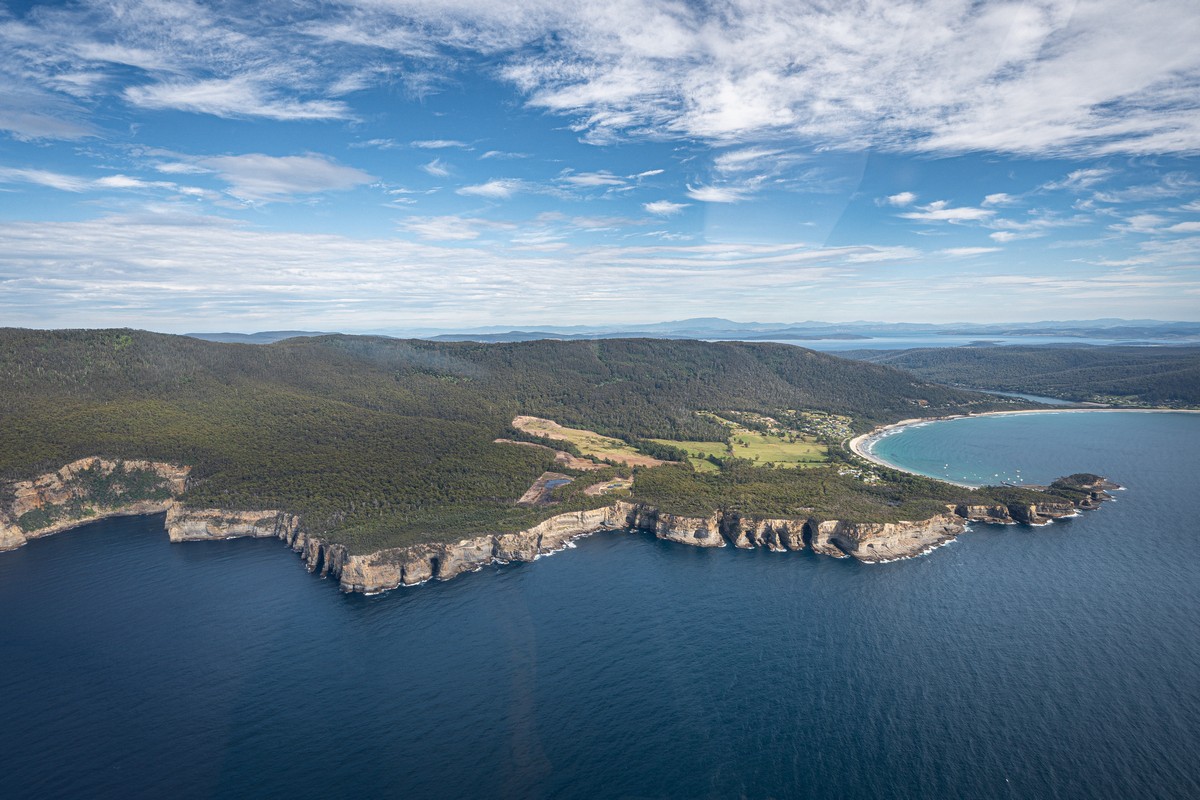 Ah yes – there they are: 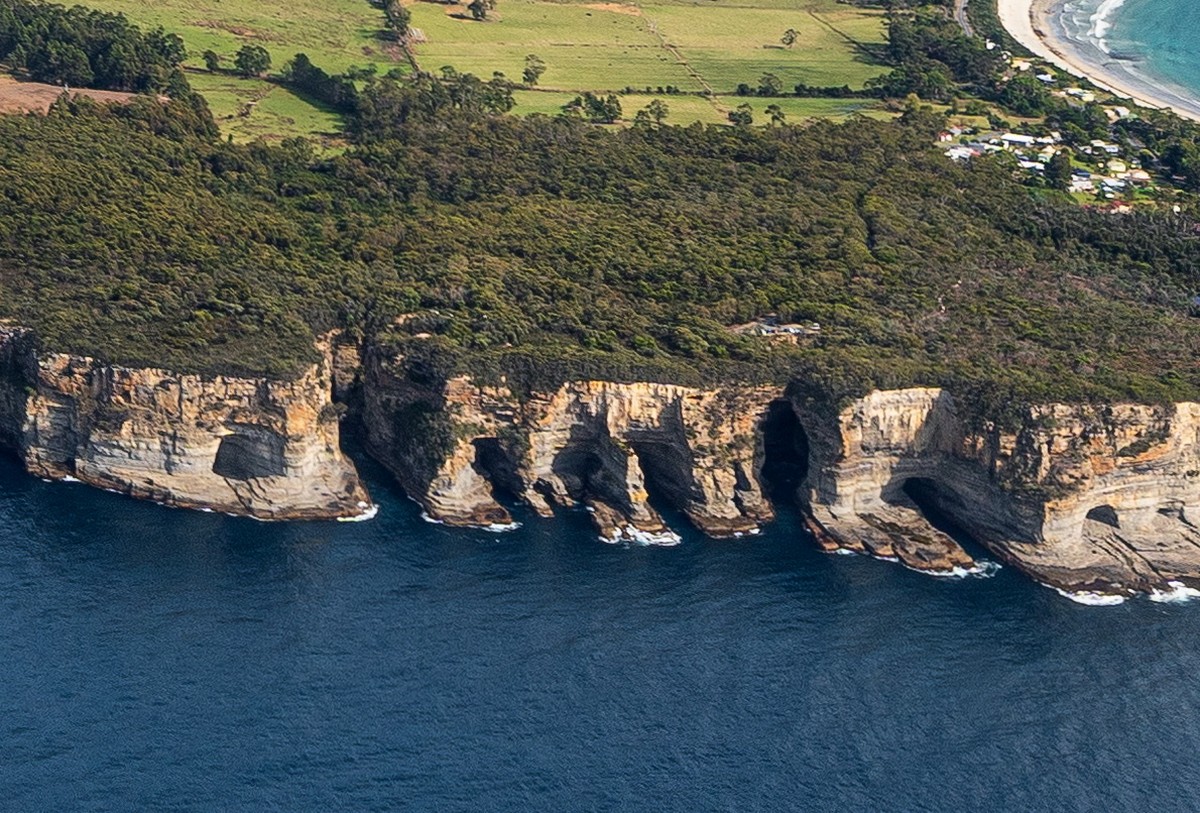 Assorted views… between the Tasmanian devil and the deep blue sea!

Oyster farms; like those to be found in Jersey, only on the other side of the planet! ->

To finally bring this Tasmanian series to a close, I really need to mention the places we really wanted to see, but weren’t able to due to time constraints.

Second, as also mentioned, we missed Cape Raoul. The internet promises a seven-kilometer track (one way), doable in four hours of comfortable, steady-paced strolling. But, if you’re like me, add another hour or two to account for photography stops! Basically, it’s a full-day affair. 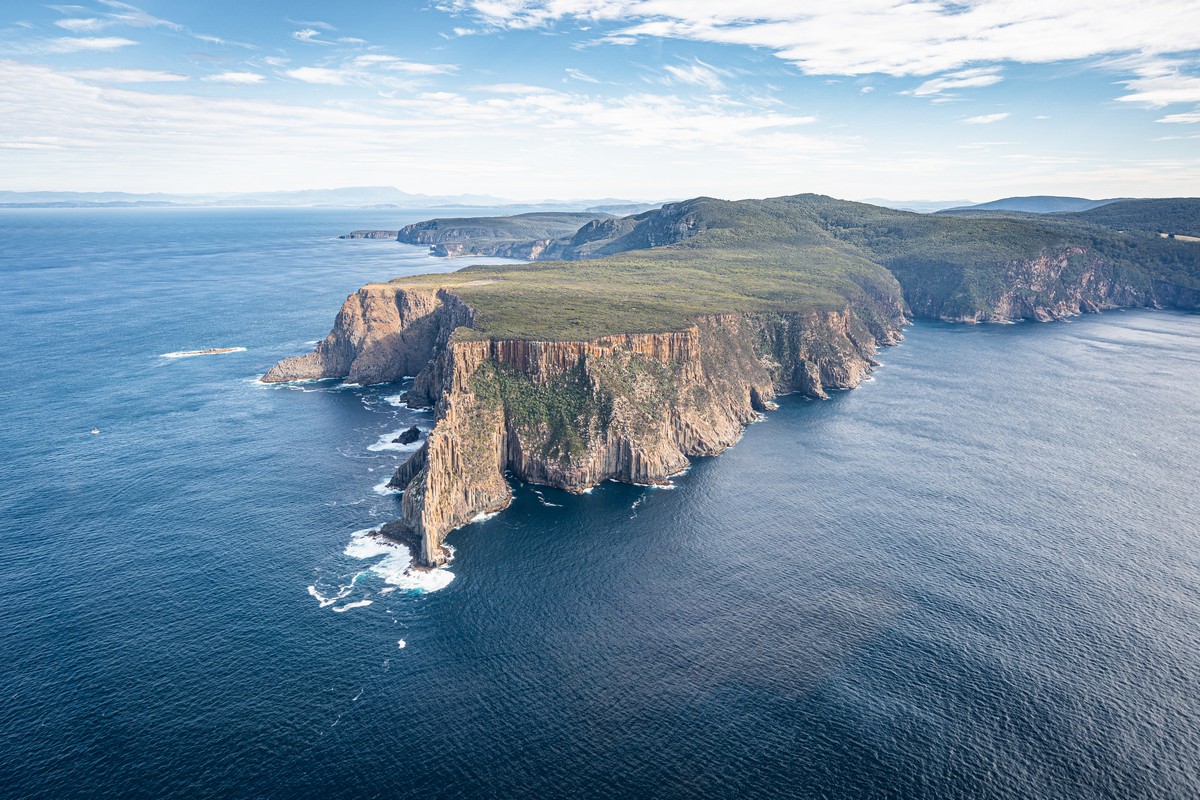 …Here it is in the background from one of the lodges along Three Capes Track:

Third, we missed a boat trip around the capes. Seeing them up close from atop the cliffs and later in a helicopter is great, of course, but the view from down below would surely bring ‘closure’ ). Btw, here’s a curious pic of Cape Raoul – from 1890! -> 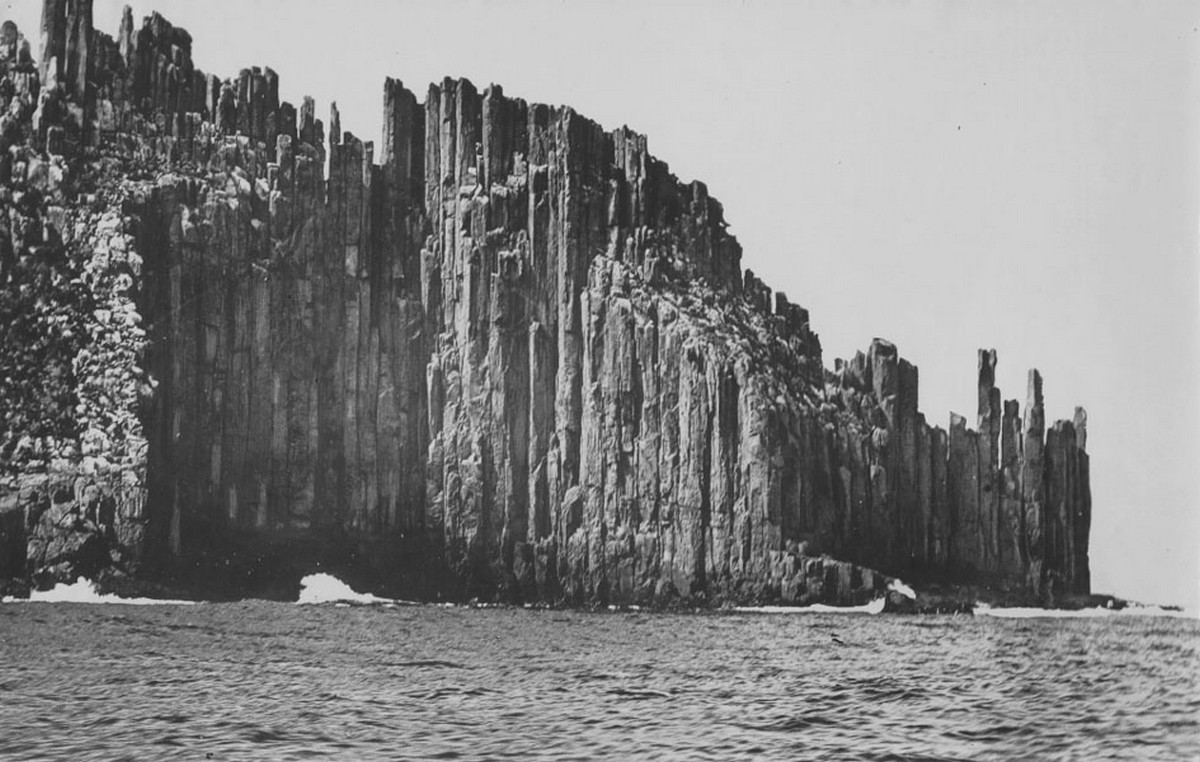 And that will be it for my ‘on the road’ travel-themed blogposts for a while too I think. When will I be back at my favorite pastime of distant travel? Who can tell, given the current situation. Let’s just wait and see. Meanwhile, ‘we do our bit and at home we sit!’