It was a bright, clear morning, and it was time to head further along the route of our express-journey across the Gobi Desert. Next port of call – the Flaming Cliffs, aka Bayanzag.

It’s around about here where many dinosaur bones and even whole dinosaur skeletons have been discovered. And the internet tells me it was here where the first fossilized dinosaur eggs were found. Yes, I think that’s highly likely: I’m sure they could have simply fallen out of these here red-rock cliffs that were eroded over the years to expose them. And anyway, besides their usefulness to prehistorical studies, these red rocks and cliffs are also delightfully beautiful – and very reminiscent of Utah. U.S.A.: 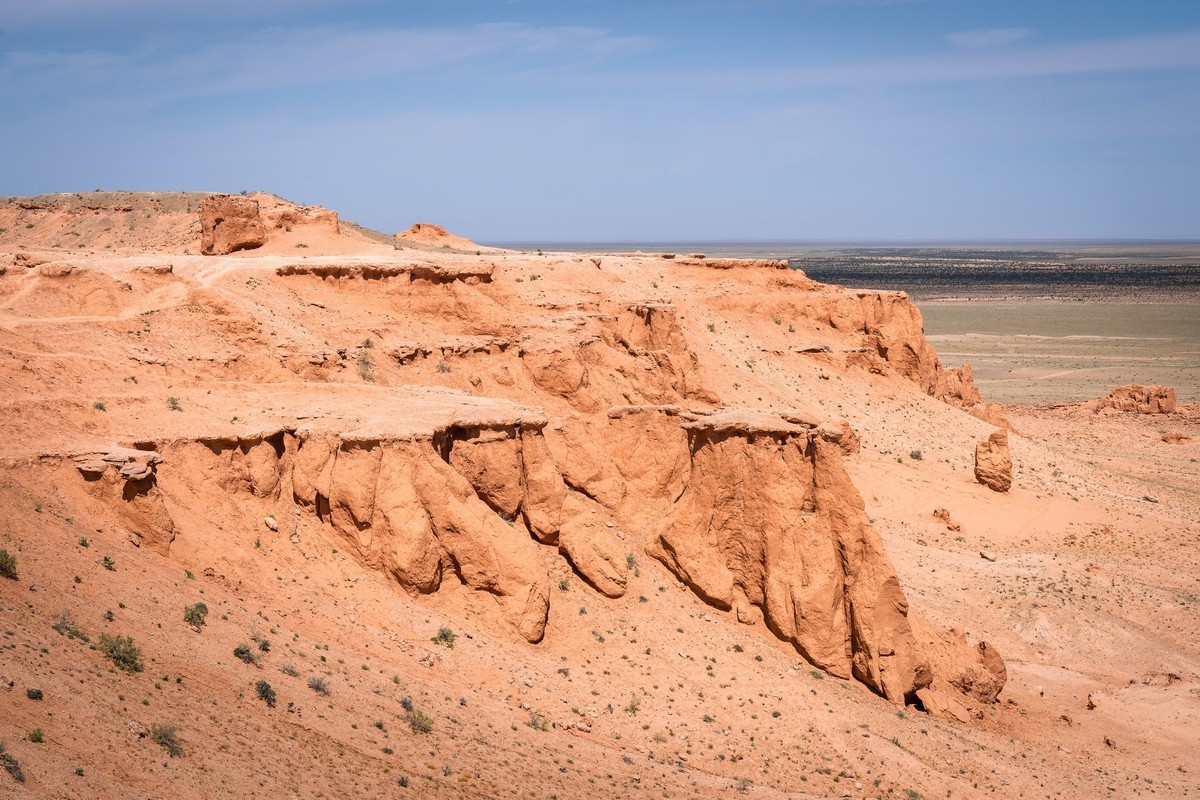 It would appear that the earth around these parts isn’t all that hardy. In places one can see signs of rain (which does fall, believe it or not, even in the Gobi Desert) having turned the top layers of the dirt/dust/crust into a mushy clay. However, since it’s so hot and dry in the Gobi Desert that wet mushiness quickly gets dried up, toasted, and transformed into a hard stony substance. And the effects of the erosion can then take on rather crazy formations. Like these, for example: 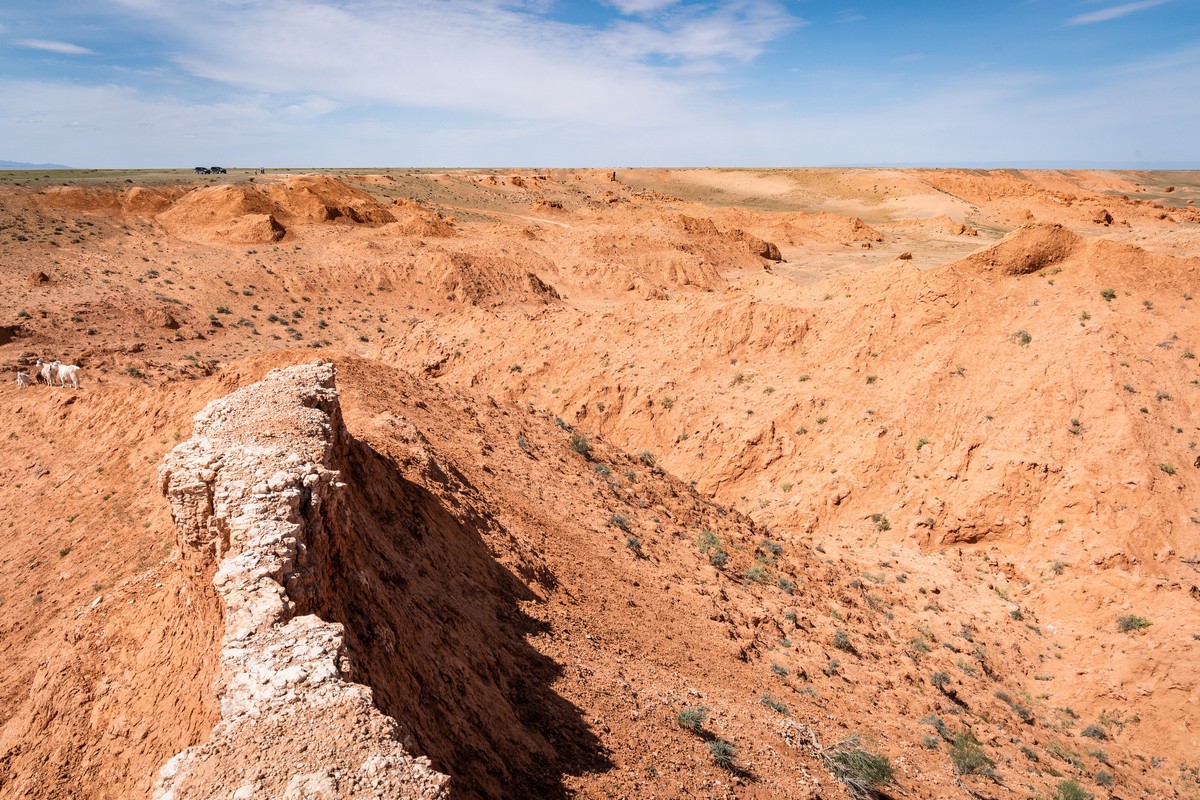 …In places even arches are formed: 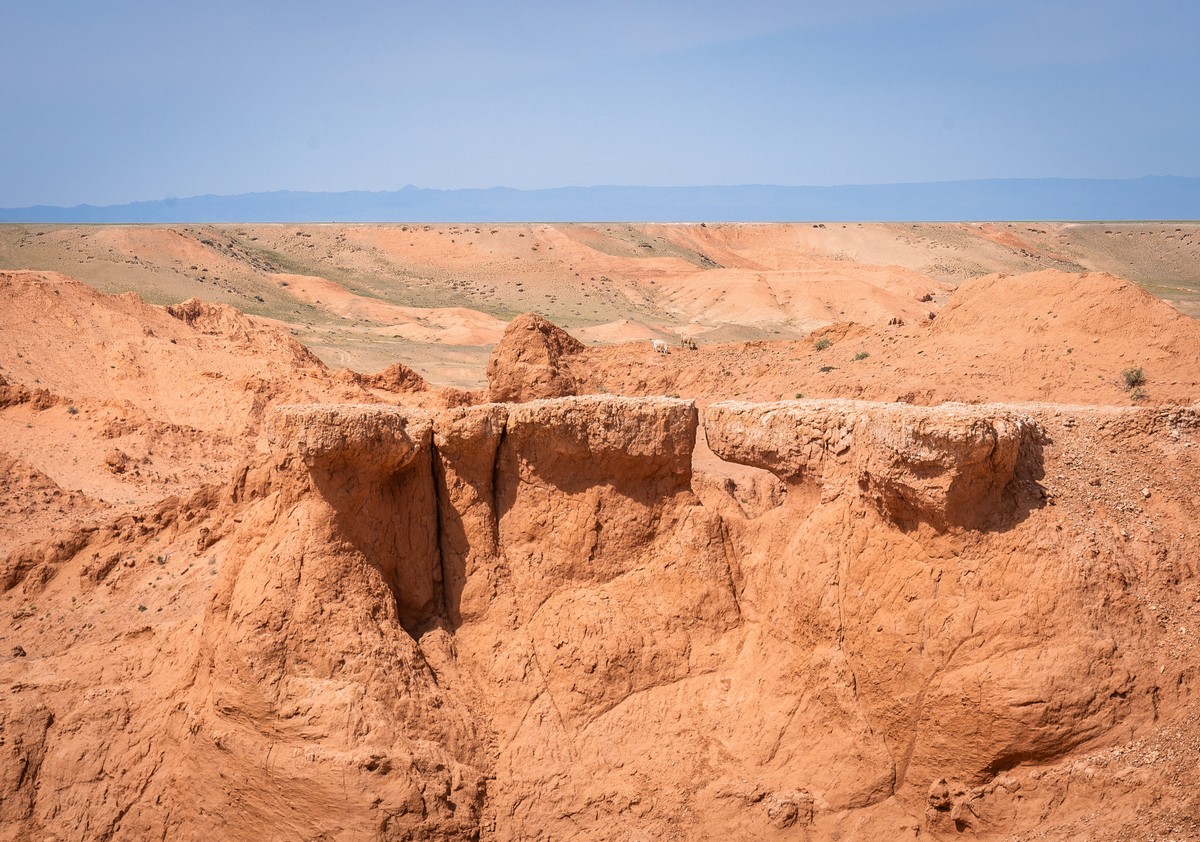 There are neat paths along the tops of some ridges: 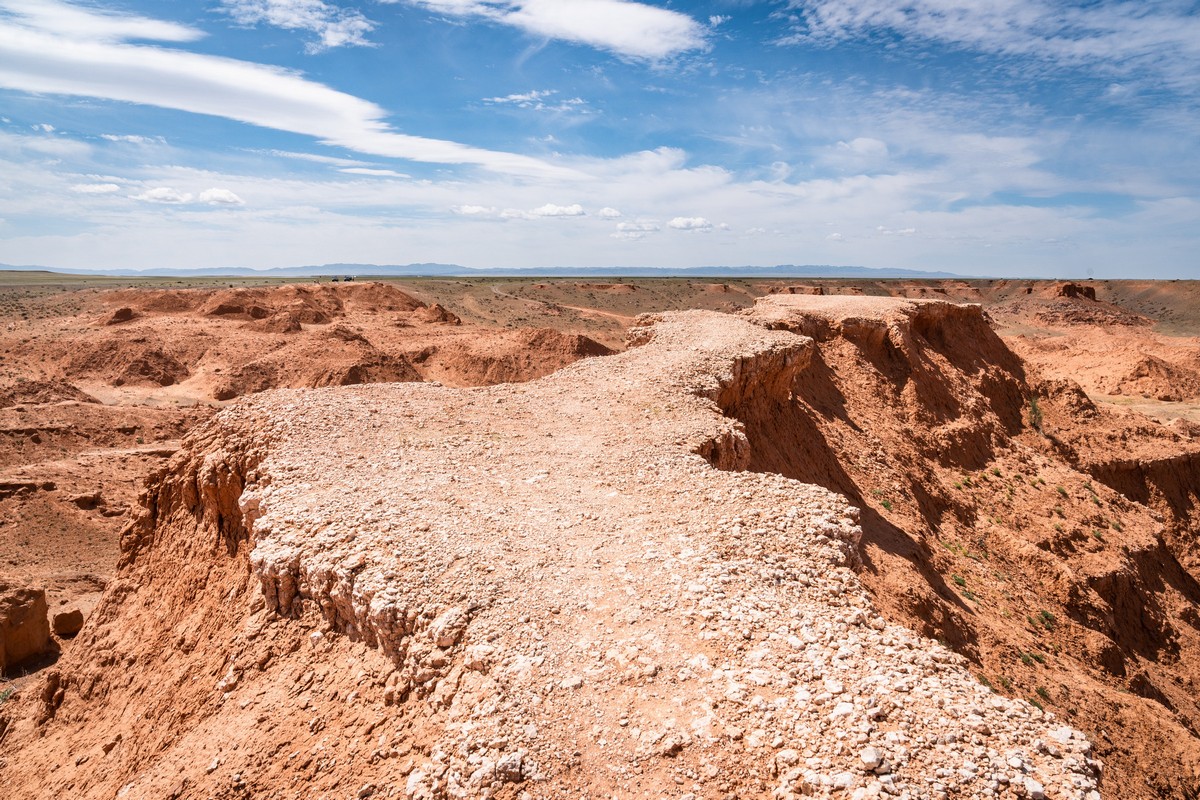 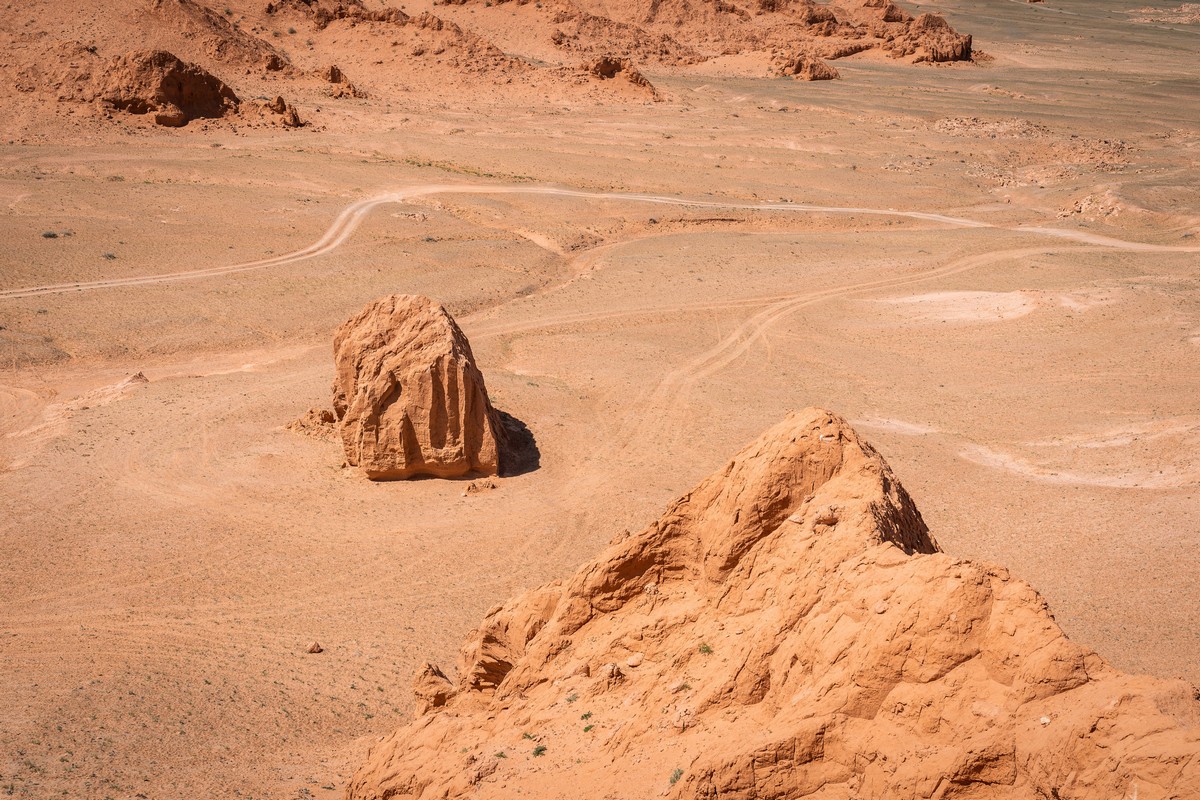 The horizontal lines here are formed by denser, stronger earth. I wonder, can one tell from the sedimentary rock whether those are from locust years or years of abundance? Or was it centuries? Or was it that the dinosaurs multiplied and trampled the earth down?! 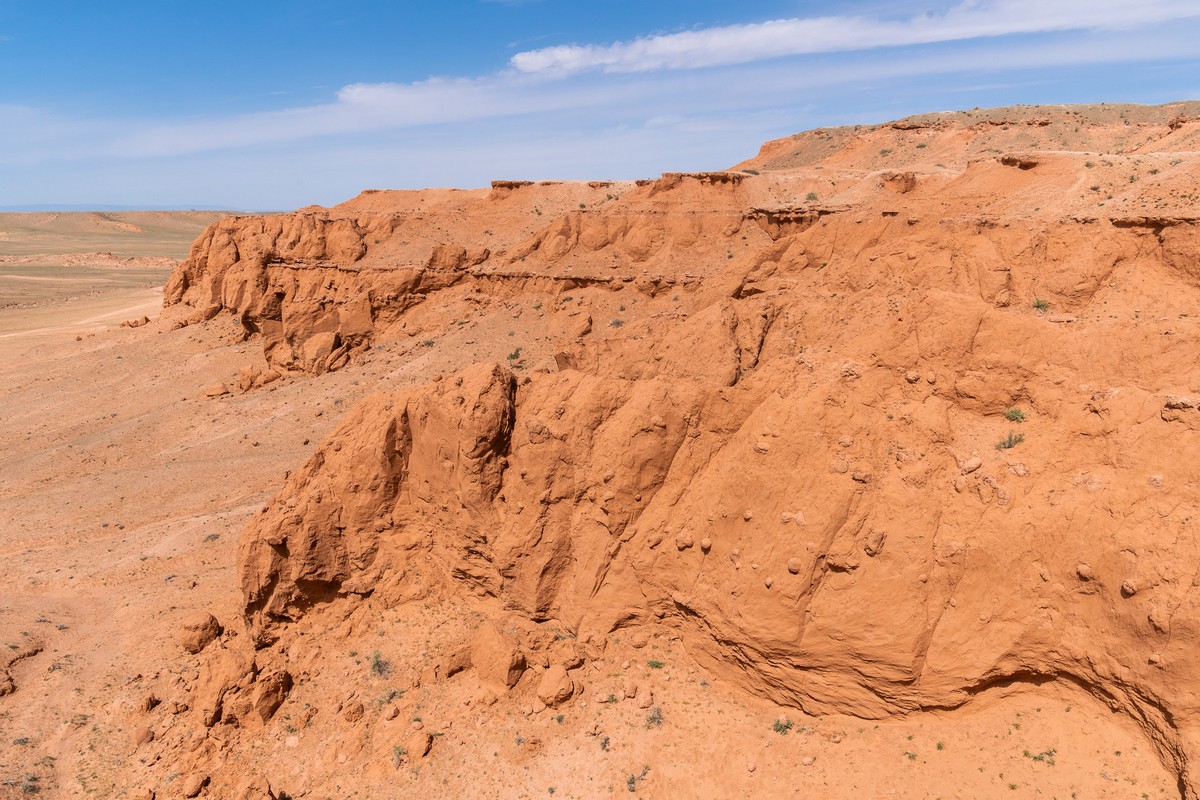 I also wonder… – how these here round rocks sticking out of the cliffs were formed? They reminded me of the Moeraki Boulders in NZ: also a mystery as to their origin. 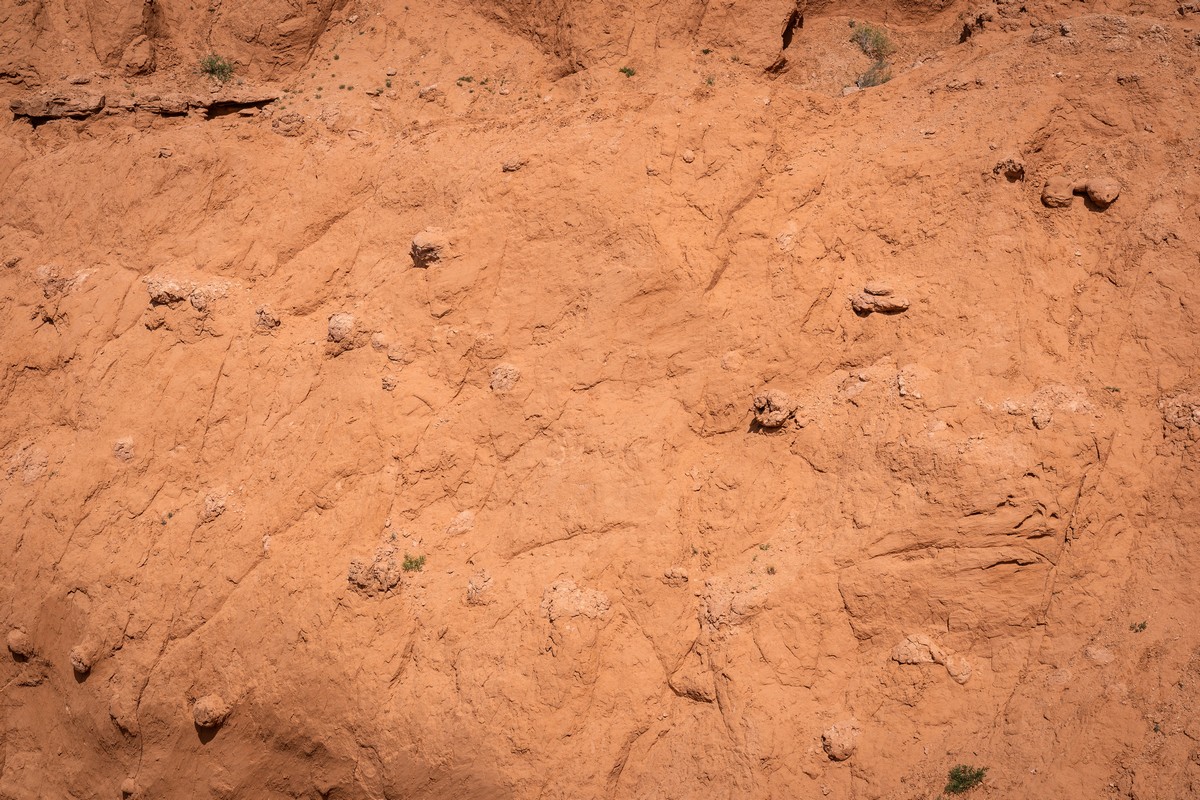 Well I wasn’t expecting to see these. Dozens (hundreds) of goats out here in the lifeless desert?! 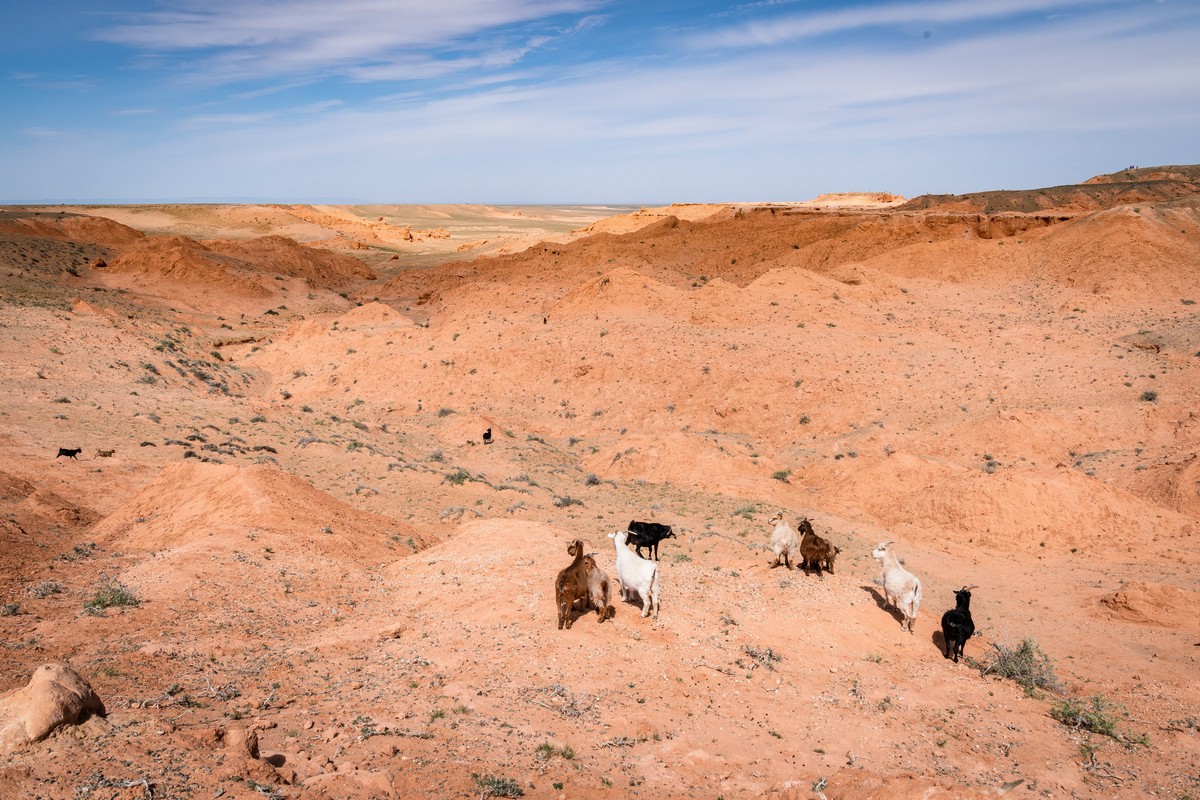 Some were more curious about us than I was of this section of the Gobi Desert!

Others seemed to stand tall, firm and proud: ‘We’re in charge here. Ok?!’ 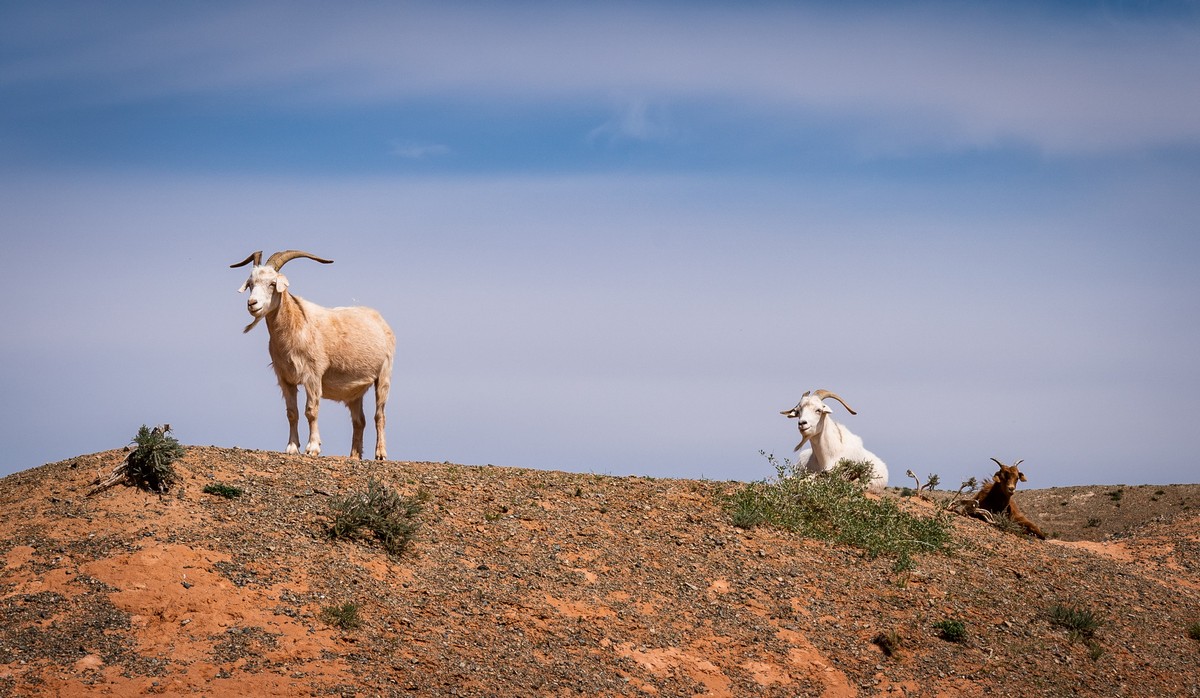 And beyond the red-rock formations – the inevitable steppe ).

Lunch among saxaul trees. That was a first!

A perfect setting for some meditative sitting…

…Until it gets too dark. Time to go… 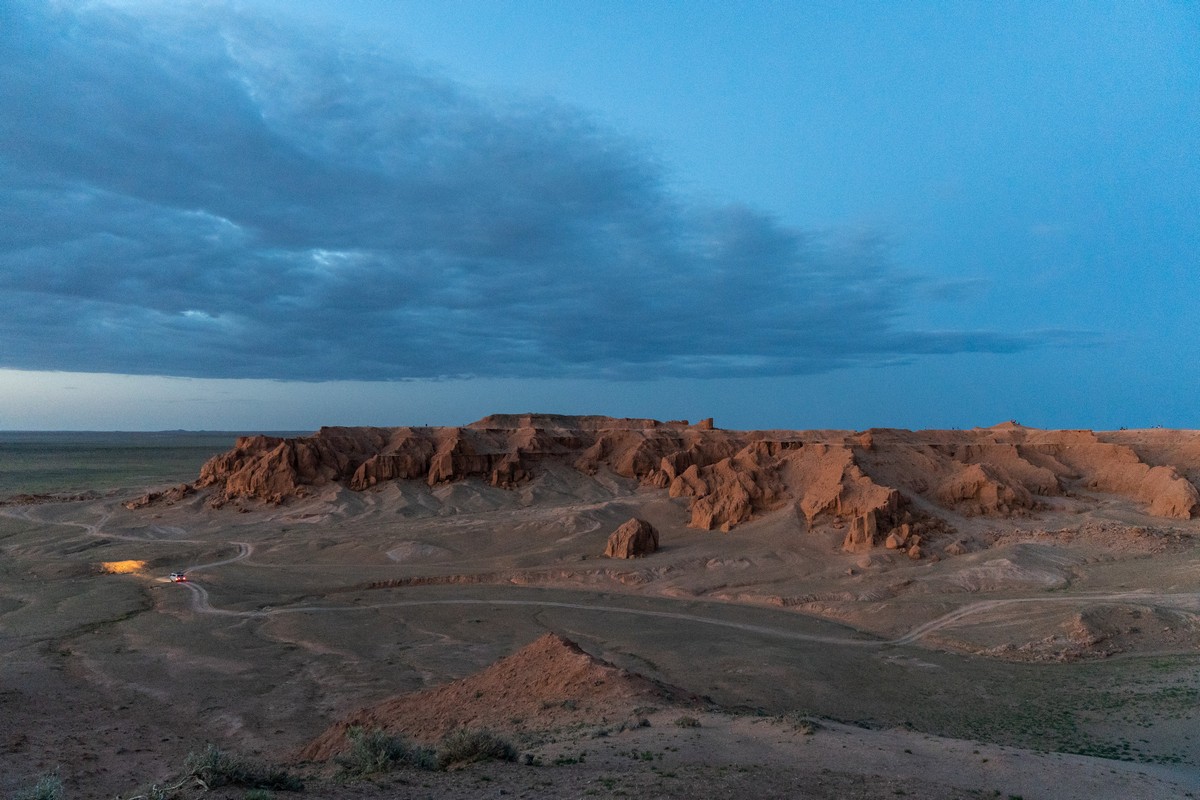 And at night – out come the stars en masse. Nothing quite like a night sky in the desert…

All the pics form Mongolia and the Gobi Desert are here.