At Punta Cormorant you’d think there might be at least one or two Cormorants to be seen, but you’d be wrong (I wonder… did they become extinct on the island?). However, instead, there are one or two tons of Cheloniid sea turtles – which provided today’s main Ecuad-awesomeness!

I wonder, do you know quite how unusual these remarkable reptiles are, as I didn’t until recently? Our guides informed us – confirmed later via the internet, just in case – that these sea turtles live for around 80 years, migrate for years around seas and oceans, and always (or almost always) return to the very beach where they were born. Yes, much like albatrosses. I wonder, just how do their navigation systems work so incredibly accurately? The mind boggles…

Swimming ashore, a female turtle takes a real long time selecting a good spot to lay her eggs: not too near the water – so the high tides don’t wash them away; not where it’s too hot or too cold, and taking into account other parameters I can’t quite recall. Btw, like all reptiles, the sex of a baby inside an egg not long before birth depends on the surrounding temperature: a little cooler – a boy; a little warmer – a girl! Incidentally, one of the theories as to how the dinosaurs died out is based in this very fact: as a result of a mega-eruption (at the Deccan Traps) a volcanic winter ensued, and the poor dinosaurs thus gave birth to only boys and no girls…

But I digress. Back to sea turtles…

A few turtles were doing the beach-scanning thing right in front of us – crawling to and fro, with one even seeming to find a good spot and digging herself a birthing burrow:

Not that the beach was to the liking of all the turtles. One, for example, crawled a good distance… but then slithered back into the ocean. Clearly she didn’t like something (or someone) here!

Meanwhile the next beach, judging by the quantity of spawning sites, is a real hit with the turtle community here; we couldn’t see any turtles, but signs of their presence were everywhere. 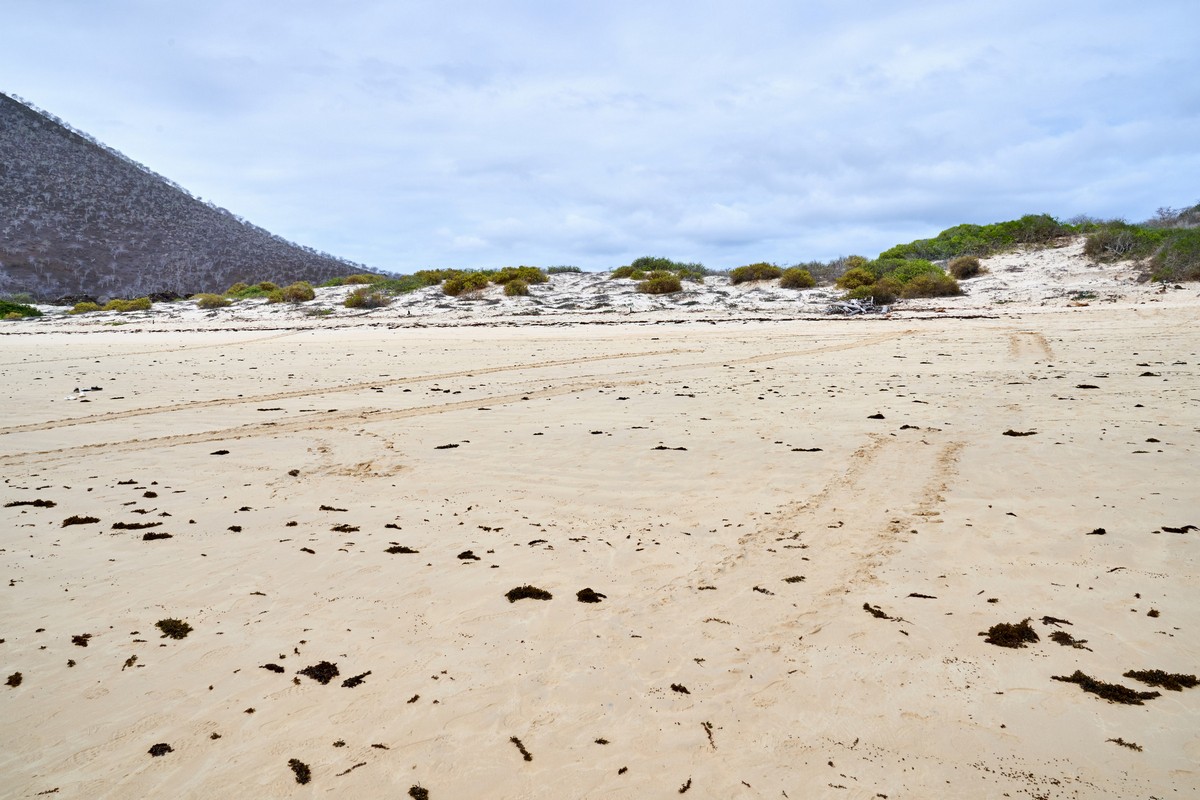 Next up for us: a spot of swimming among the turtles – hurray! Under the ocean we went with our face masks on and underwater cameras in hand – and we observed them up close going about their daily marine business – which seemed to be mostly eating some kind of vegetarian underwater delicacies, plus wondering what the visiting humans were doing underwater when they don’t have gills ).

Petrovich even managed a video!

And here’s Petrovich with his selfie-stick:

But wait – there was more Ecuad-awesome to come: pink flamingoes in a lake! Just like the ones we saw in Tanzania three years ago. Only here they graze against the backdrop of the local volcano and nest in the lava fields…

It was here we were told about the secret of the flamingo’s famously pink plume. Turns out that a flamingo has white feathers by nature (they’re born with white feathers), while the pink color comes from their copious consumption of carotene – the stuff you get in carrots. Flamingoes feed on water-based living things (like prawns, crabs), which contain plenty of carotene. And the more a flamingo eats, the pinker he or she gets, and the more attractive they are to the other sex. Just as with the blue-footed boobies!

Btw, the flamingo population on the Galápagos Islands was rather devastated by rats brought to the islands by Homo sapiens – the rats really liked flamingo eggs. On one of the islands flamingo genocide took place and now the birds don’t nest there at all.

Later, we headed to another spot on the island – another peach of a beach:

And the name of the place? Post Office Bay! However, there’s no post office here – nor anywhere on the whole island; at least – not the kind your used to… 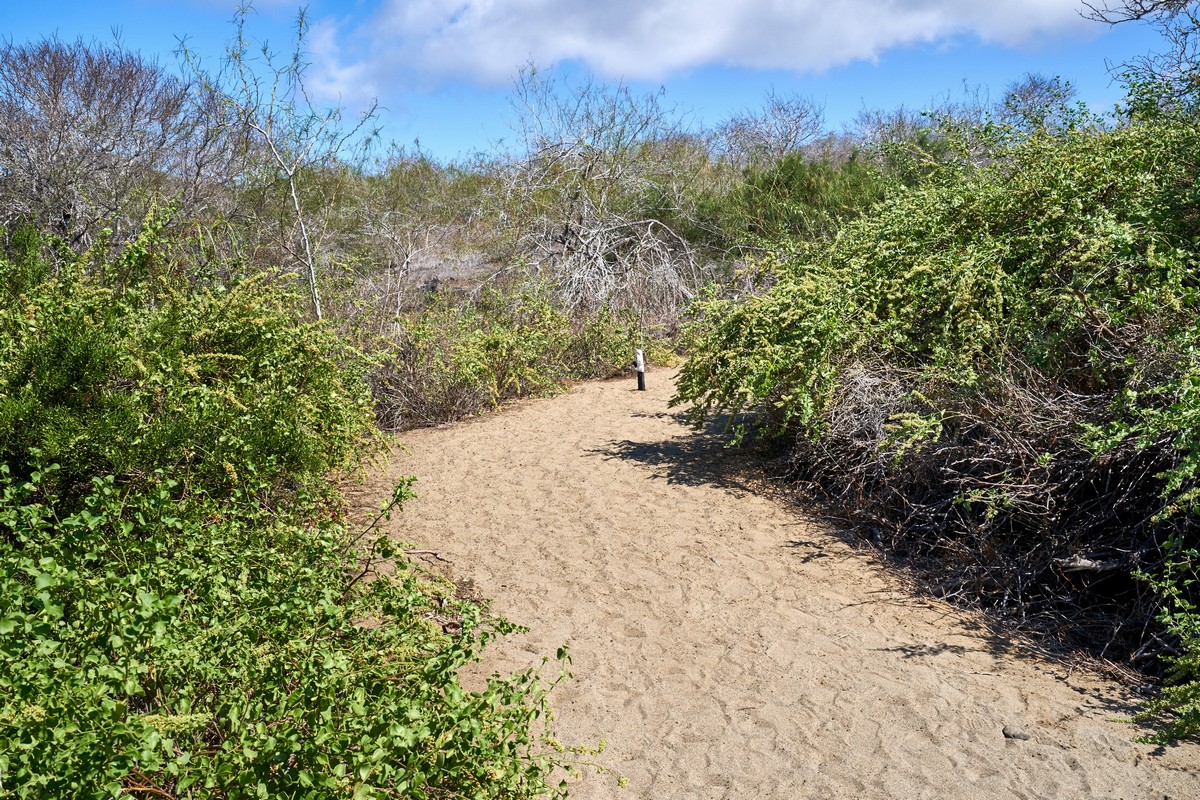 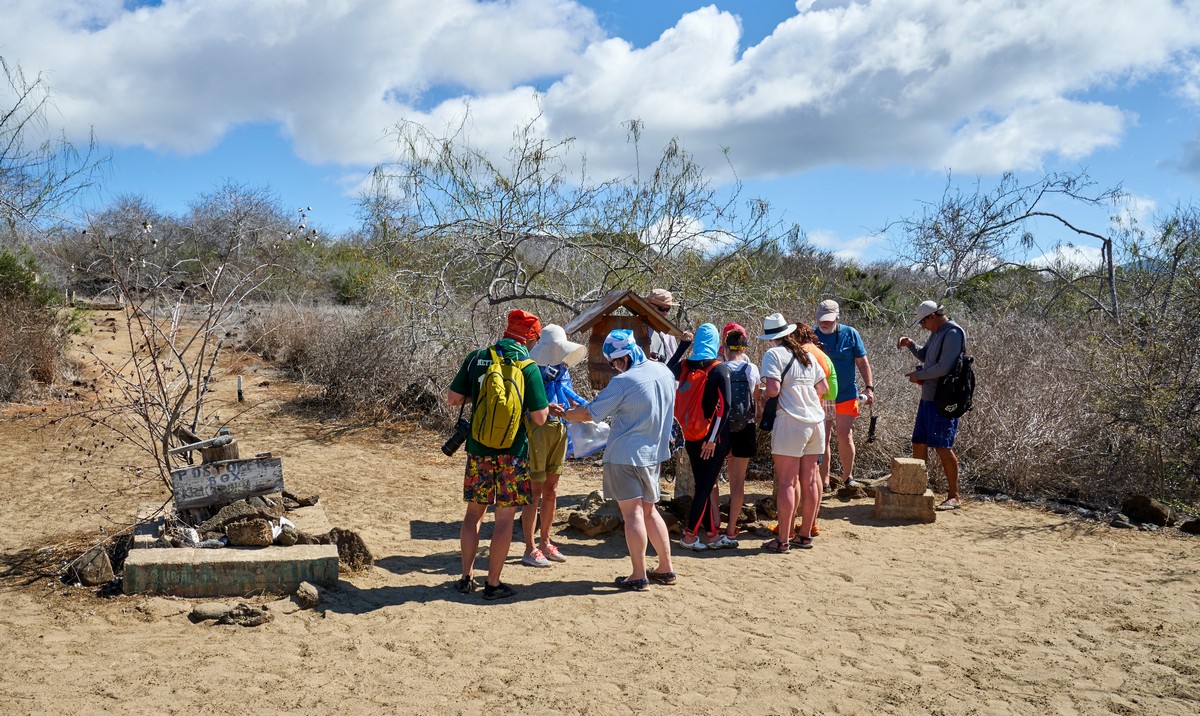 And here’s the sign over the door, in case you need convincing of the place’s true designation: 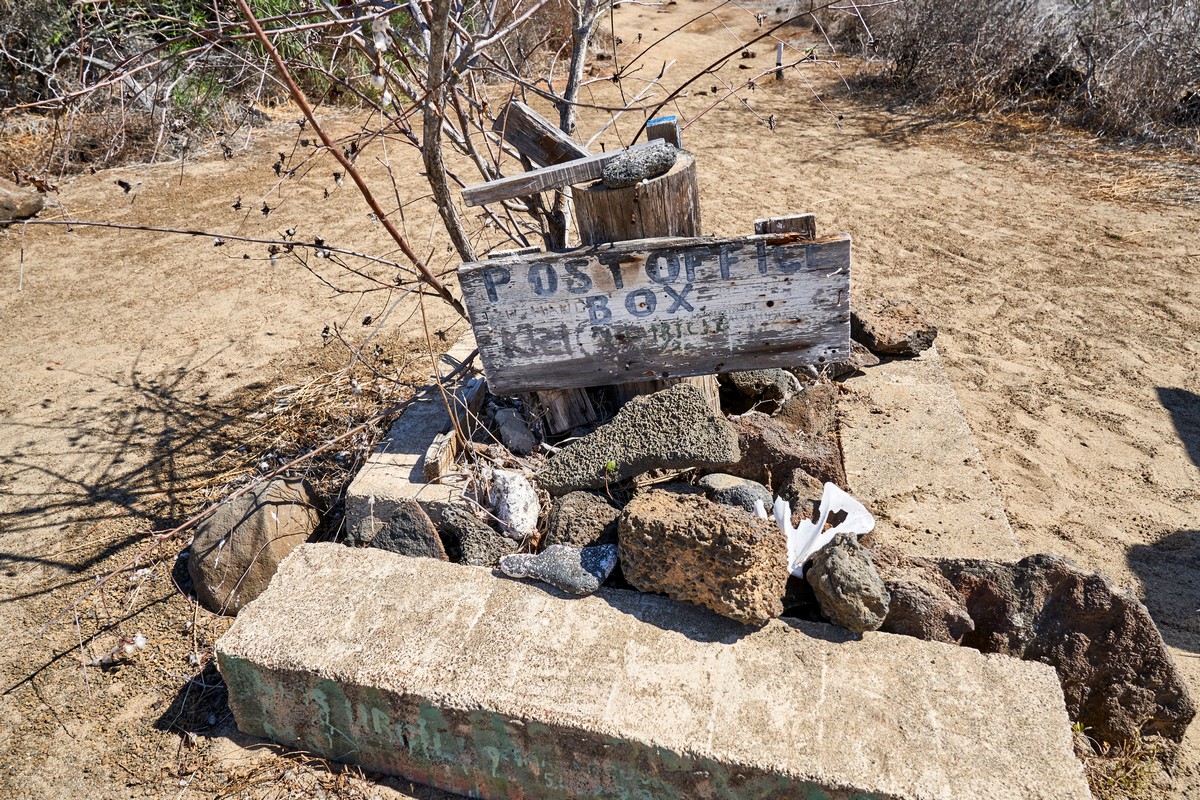 The sorting room in the back: 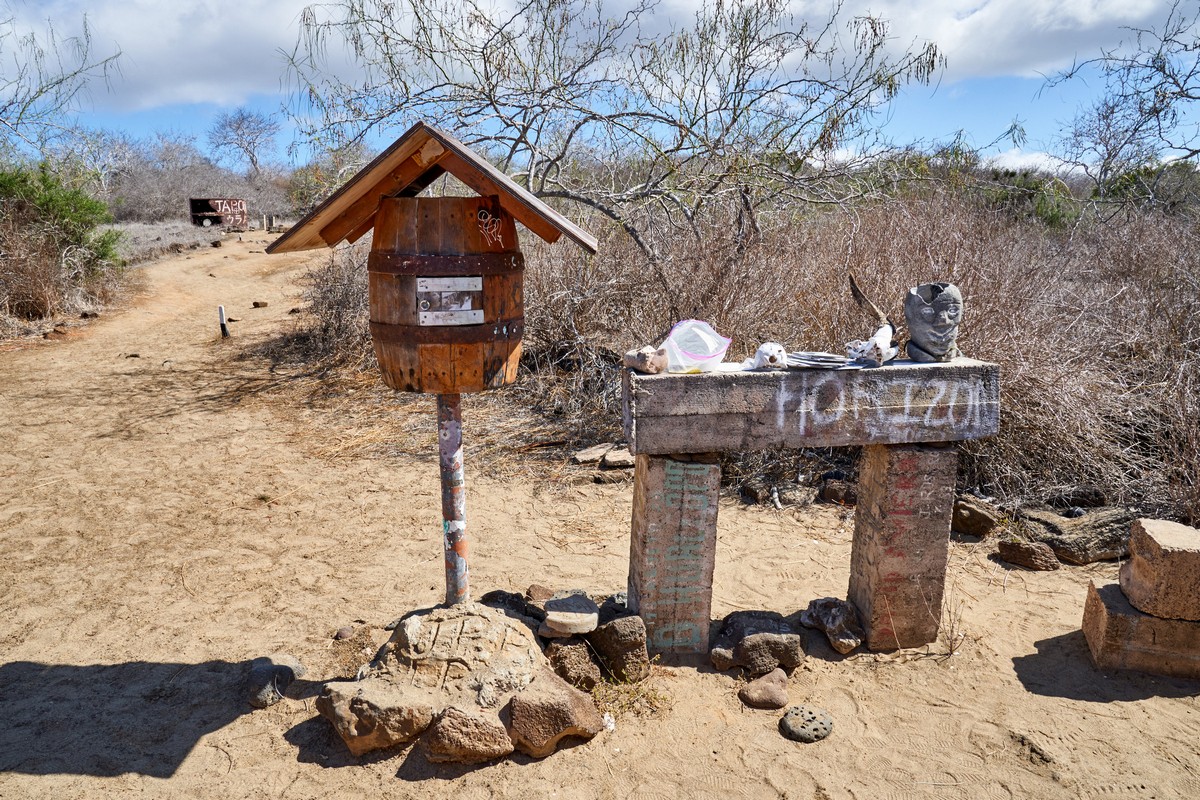 This is how it works: you put a letter into the post box, and have a look at the other letters already in there – if there are any addressed to a place on your onward route, you take that one and make sure it gets to the addressee sooner or later. Kind of barter. Turns out that’s how it worked eons ago, and the tradition just stuck! 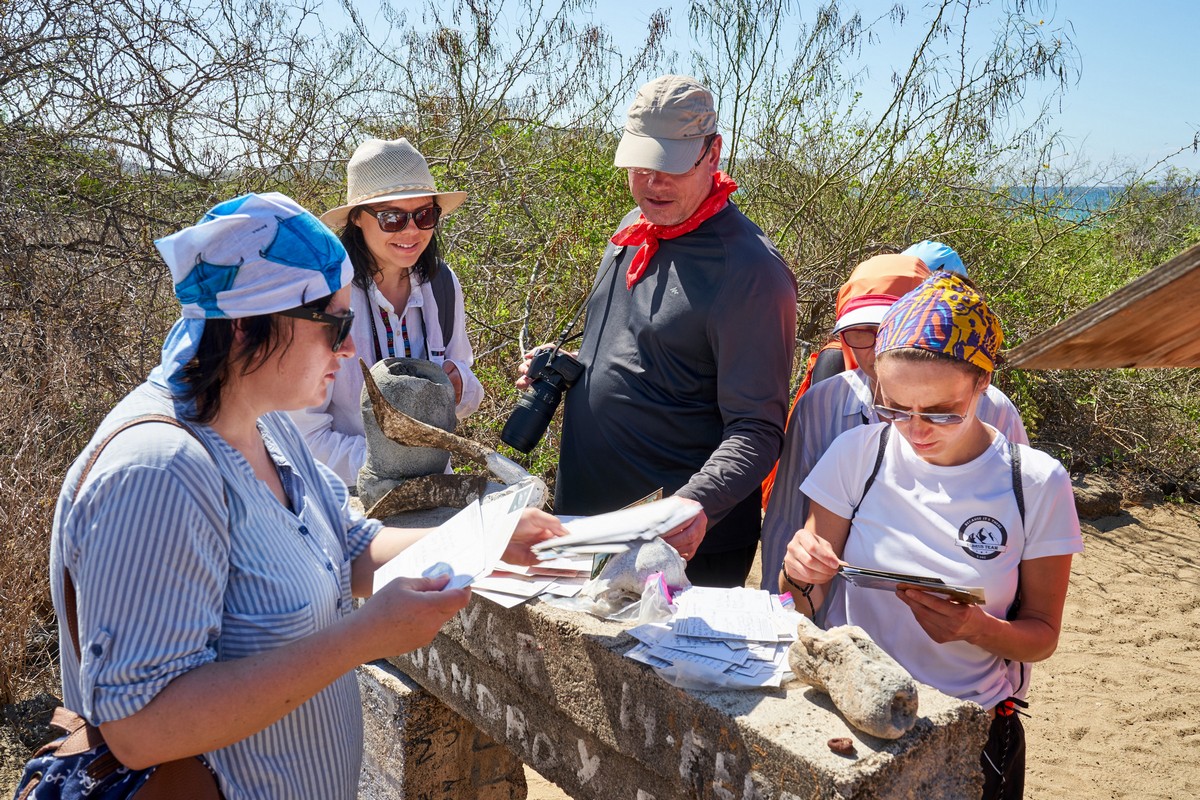 And we did find some! olly_ru for example took this whole pile of postcards with her back home to forward on (via a more ‘regular’ post office:): 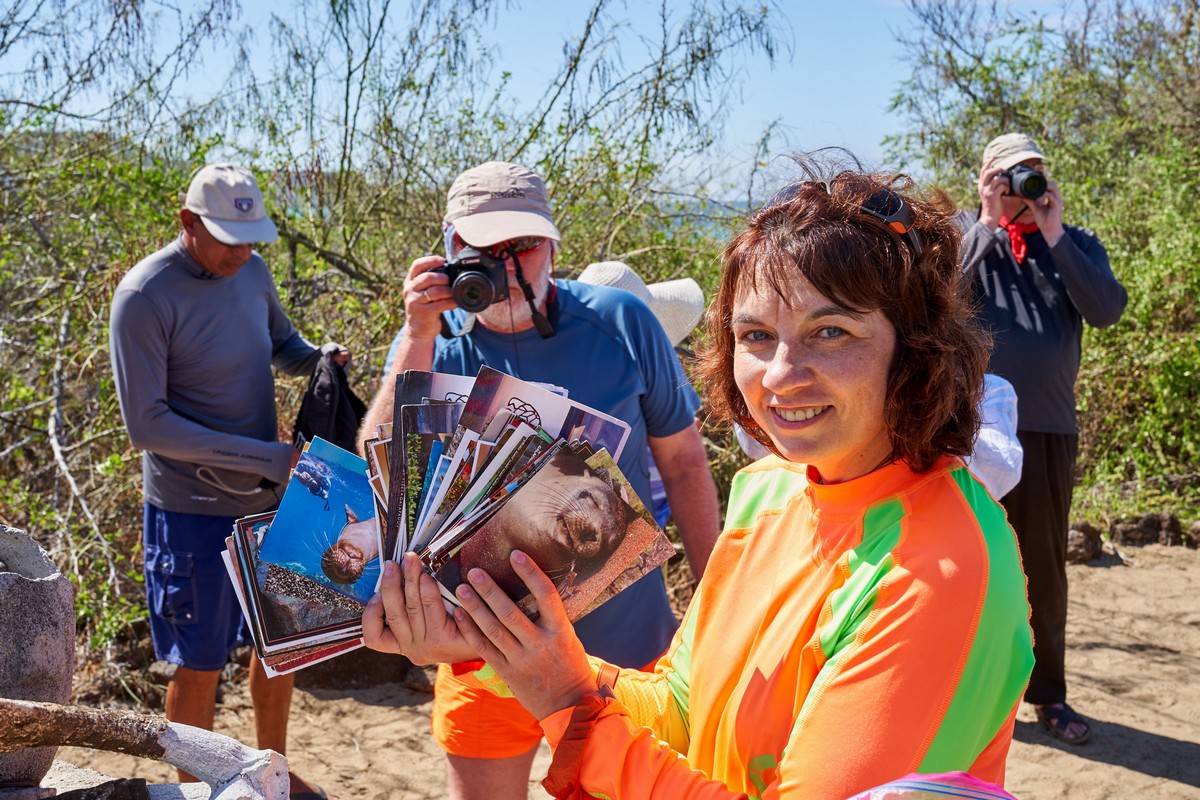 Yep, there’s no post office quite like this one. Open source, crowd-funding – and all dating back centuries! 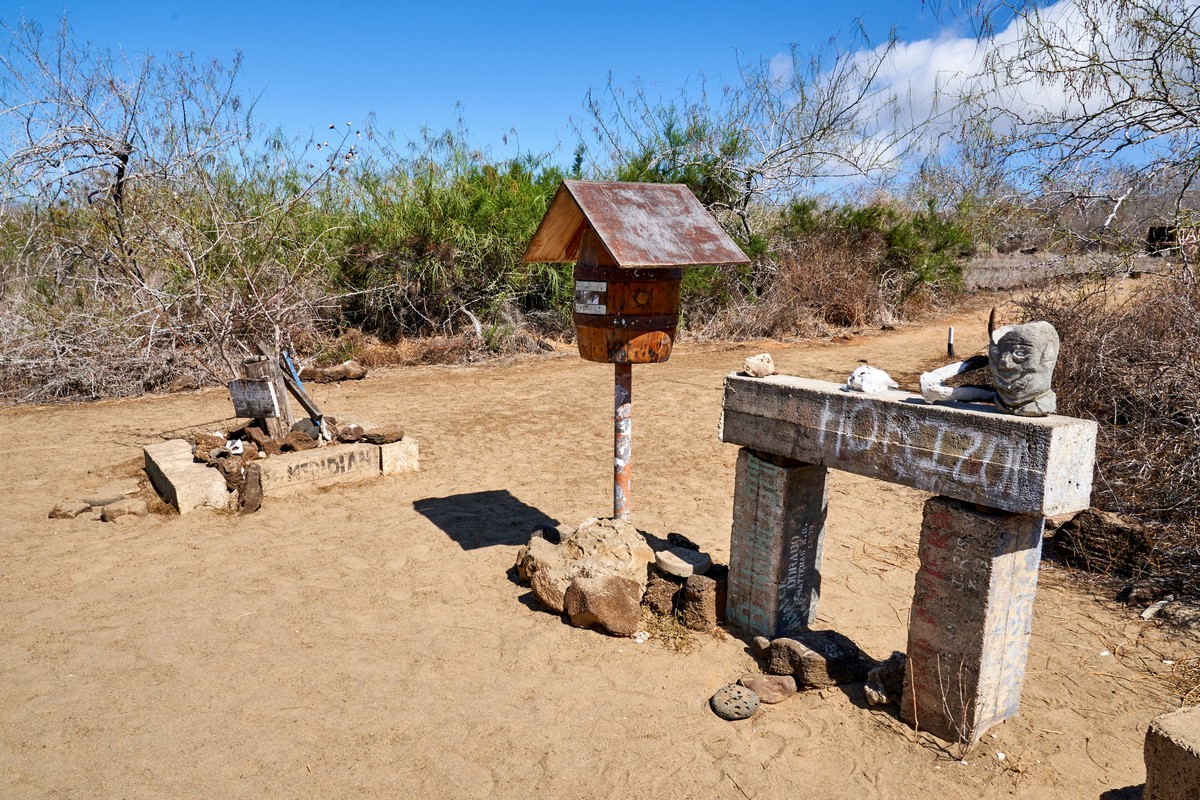 And that was that for this day. As per the script: one substantial Ecuad-awesomeness, and several mini ones ).

Briefly, as a teaser for tomorrow’s post: what’s this here tree trunk? Can you guess?… 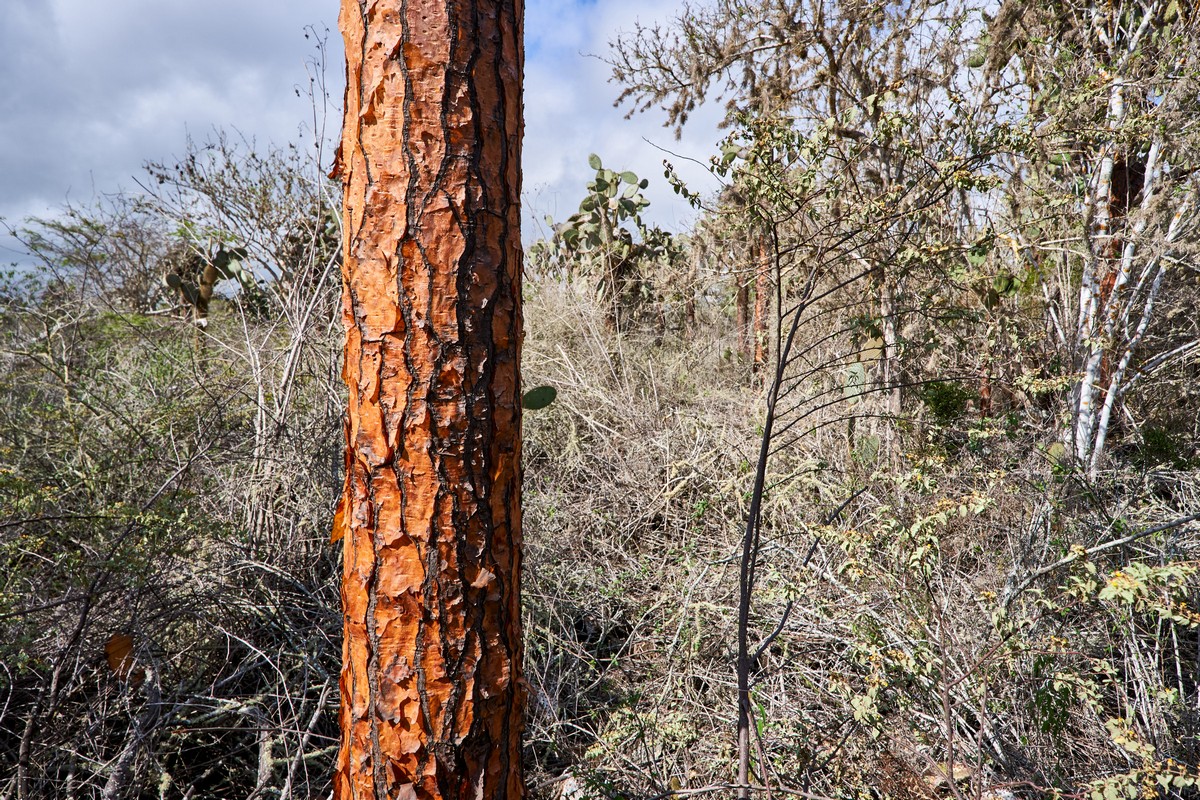 All the pics from Ecua-Dora-the-Explorer are here.