What a week! A working week, I mean – and one that included both weekends each end of it.

It started on Saturday, September 9, and finished nine days later on Monday, September 18. It was long and it was tough – so quite typical really – and it went like this…

On the Saturday I needed to be in St. Pete – so I off I popped. As I’ve said before on these here pages, I don’t get one bit the bad rep St. Petersburg has in terms of weather. I’m sure it’s an anti-St.P rumor-based conspiracy. Why? Because when I come here the sun’s always shining and the Petersburgers are strolling about all leisurely and tanned – some even wearing shorts. It’s in Moscow where the bad weather’s at – all murky and sticky and blustery and rainy. Meanwhile in Leningrad…

When in St. Petersburg – have a Belgian craft burger ).

I didn’t stay the night in the city: come evening I hopped onto a Lufthansa flight to Buenos Aires via Frankfurt. Thankfully it was real convenient flight time/timezone wise: touchdown at 7am the next morning – so a good night’s kip was easily secured during the 14-hour flight. It’s a good job I’d slept – for the Argentinian rain after the Petersburg sun would have been just too much to take if I’d have been red-eye grumpy ).

We heard there was a marathon that day – poor things; hard enough running 26 miles, but in the rain? But I digress… 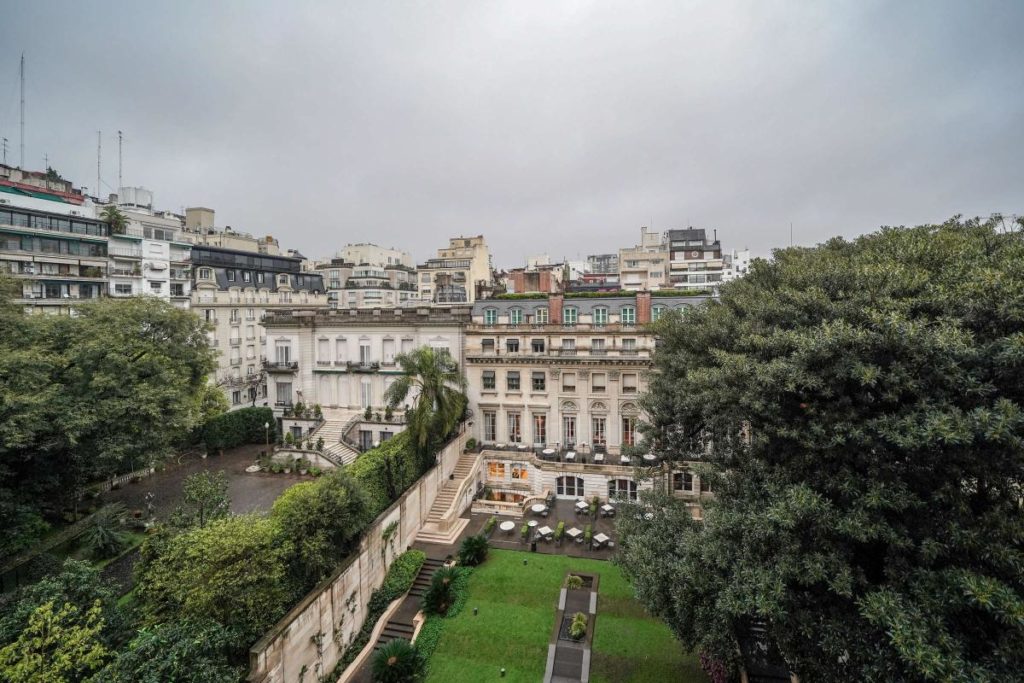 Mercifully, the rain cleared up after a while, so we got some long-awaited strolling about the capital in, which I’ve already reported back on.

After that, it was time to take part in the event that had brought me all this way to South America – our Cumbre Latinoamericana de Analistas de Seguridad – or Latin-American Security Analyst Summit. It was all (apart from my speech) in Spanish. And besides the conference there were the customary interviews, meetings, handshakes and so on.

And apart from the usual discussion of cyber-danger and cybersecurity, there was a rather loud ‘other matter’ I had to deal with…

A few days before the conference came the latest in a long line of conspiratorial proverbial hitting the fan – and I had to comment in as many ways as possible. At least it was heartening to read that much of the right-thinking public sees the situation differently, including based on ‘don’t project your shadow onto others’, aka ‘don’t worry about the speck in your brother’s eye when there’s a ruddy great log in your own‘. And this boomerang they’ve thrown… yep – it’s going to return straight back to them. But besides that, what I’ve noticed is how these long-ongoing attacks aimed at us occur unnaturally evenly in terms of their regularity and sequence. They remind me of a mathematical formula: you don’t get ‘accidents’ in mathematical formulas. Sooner or later it will become clear just who ordered this campaign, and what budget it had.

After that spot of thrilling though disturbing geopolitical conspiracy battling, it was back to more mundane things… two hours in a plane over to São Paulo. Admittedly not the most alluring city in the world for the tourist (its residents are the first to point this out), it is still the business capital of Brazil. Been here before, so the view out the window was a familiar one: 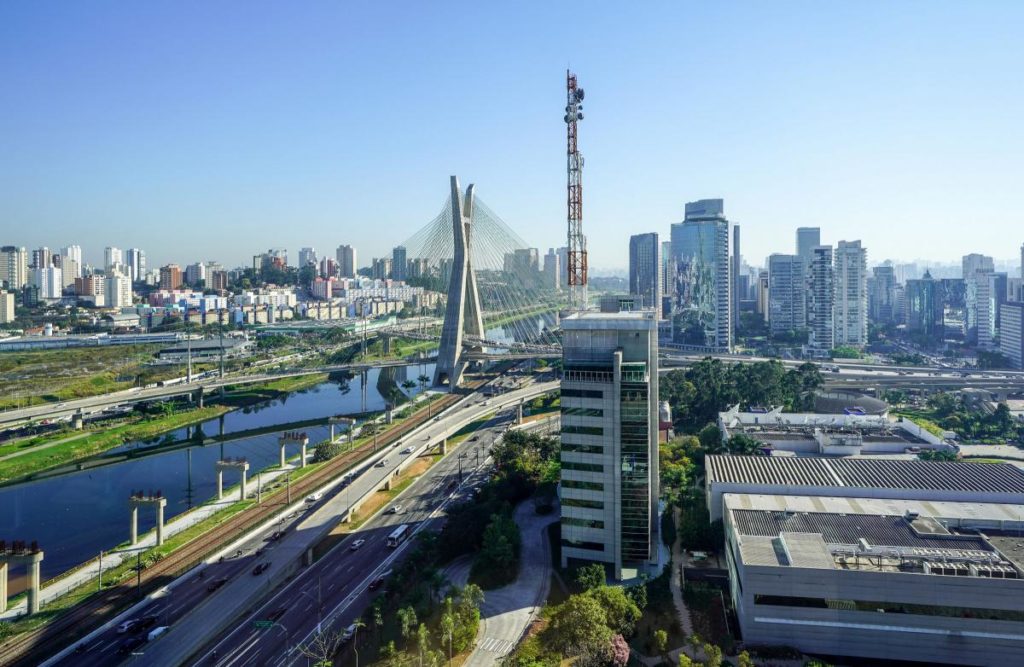 We were here for a conference. Can you guess what it was on?… 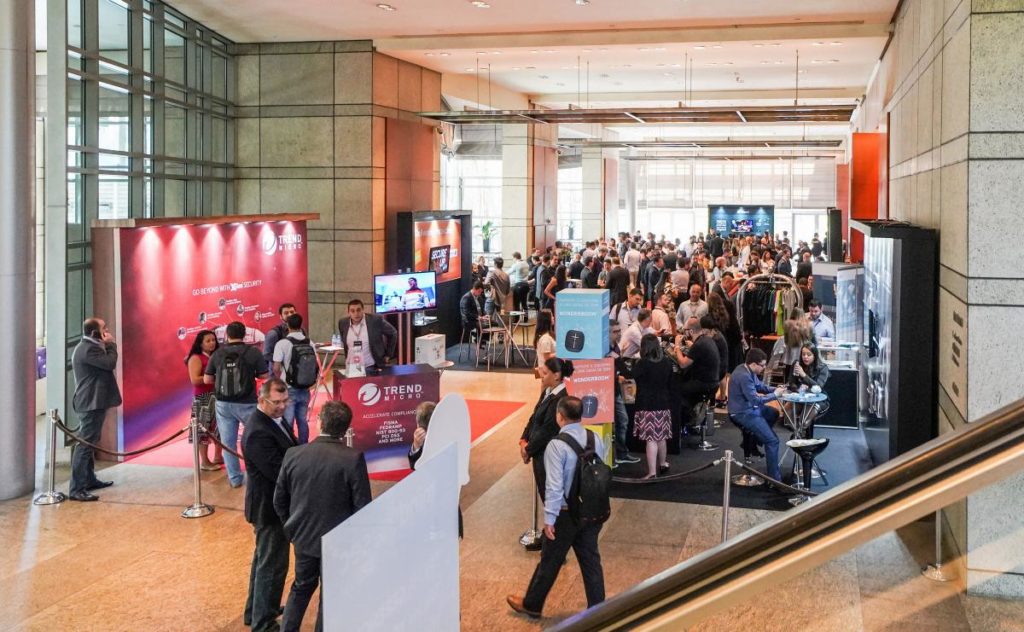 …Not hard to guess, and a cute title too: Mind the Sec instead of Mind the Step ). Presentation, meetings, interviews, and some very pleasant news!

Next up – back into a plane and over to the waterfalls. First there was a spot of business (critical infrastructure cybersecurity) nearby – at a far-from-dull industrial installation. Then came the falls, which I’ve already shown you pics of. Still at the falls we slipped back into Argentina, then back into Brazil again, the process contributing to my getting four large stamps covering a whole page of my oft-used passport. Grrr! Why can’t they do away with the stamps already? It all gets logged electronically anyway. Oh well, not to worry: I have two passports, and they normally last me two years before I run out of space for stamps.

Next up I was to head back to Europe (Austria, Italy; St. Pete again, then back to Moscow). As I write this I should be in Florence or Rome (more conferences, meetings and other work), but then, quite unexpectedly, I was invited to testify before Congress. Crikey! So I had to cancel everything and fly back home earlier than planned to prepare for this important event. But I needn’t have! Before you could say ‘make your mind up already’, it was postponed – with no rescheduled date given.

Well, well. What an anti-climax. So there I sat back in my office, when really I should be somewhere else. Grrr. Oh well, at least the weather had finally turned summery – in September! But the weather too turned out to be as changeable as Congress – it’s already back down to single figures degrees centigrade all day and night (.

So that was my long week – long and tense. But, then, they often are. Quick summary:

On the planes I read both Cat’s Cradle and Slaughterhouse-Five by Vonnegut (I recently bought a six-tome collection of his works).

All righty. That’s all for today folks. But I’ll be back with yet another installment from Iguazu tomorrow!…