While making preparations for my upcoming creative Antarctic expedition I started to recollect my previous trip to the sixth continent, so had a delve into my photo-archive thereof. Ahhhhh, the nostalgia: I was reminded of how it was one of the most… OMG/ unforgettable/ outstanding adventures of my life; but, then, it would be. How could a trip to the South Pole itself not be? What’s more – a business trip there!!!

I took that many photos, and wrote that many words describing my polar adventure, that eventually a whole photo-travelogue book was published, an electronic version of which can still be downloaded from my blog (along with other books penned by me).

What you might not know is that practically anyone in good health and with sufficient (minimal) training can go to the South Pole. Ok, it will cost you quite a bit – say, that same as you’d pay for a brand new large Mercedes – but, well, extreme tourism always costs a lot more than beach holidays. So if you fancy it – get in touch with the company ALE, and off you pop (between November and February every year).

So how does it all happen – getting to the South Pole?

First off, you need to get your person down to furthest south city in Chile – Punta Arenas. From there, after a few simple formalities – and depending on the weather (you could end up hanging around for several day until it clears up) – you climb aboard a customized IL-76. This beast flies you to the Union Glacier Camp on Antarctica, and from there you head to the South Pole. In 2009 this camp wasn’t there; in its place was another stopover base – Patriot Hills. My pics are from there.

Here’s the mammoth Il-76 – on the ice runway ice (have a search on the Internet – there’s even a video somewhere of a landing). Also: tents for the visitors, impromptu ‘Christmas tree’, Iridium satellite phone kit…:

The guys who work here are a fun bunch, with specific polar humor: 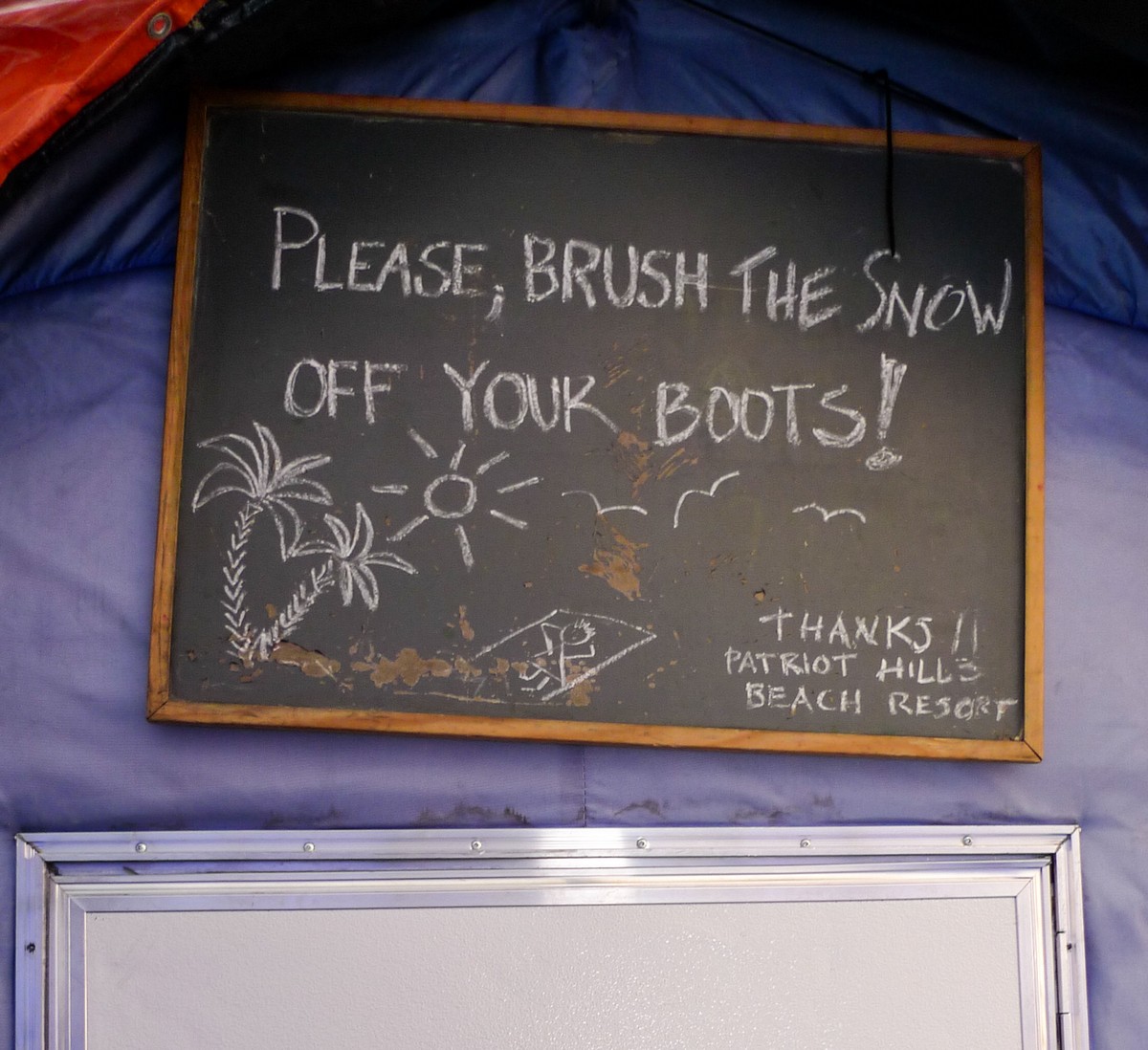 …So we joined in the mirth: 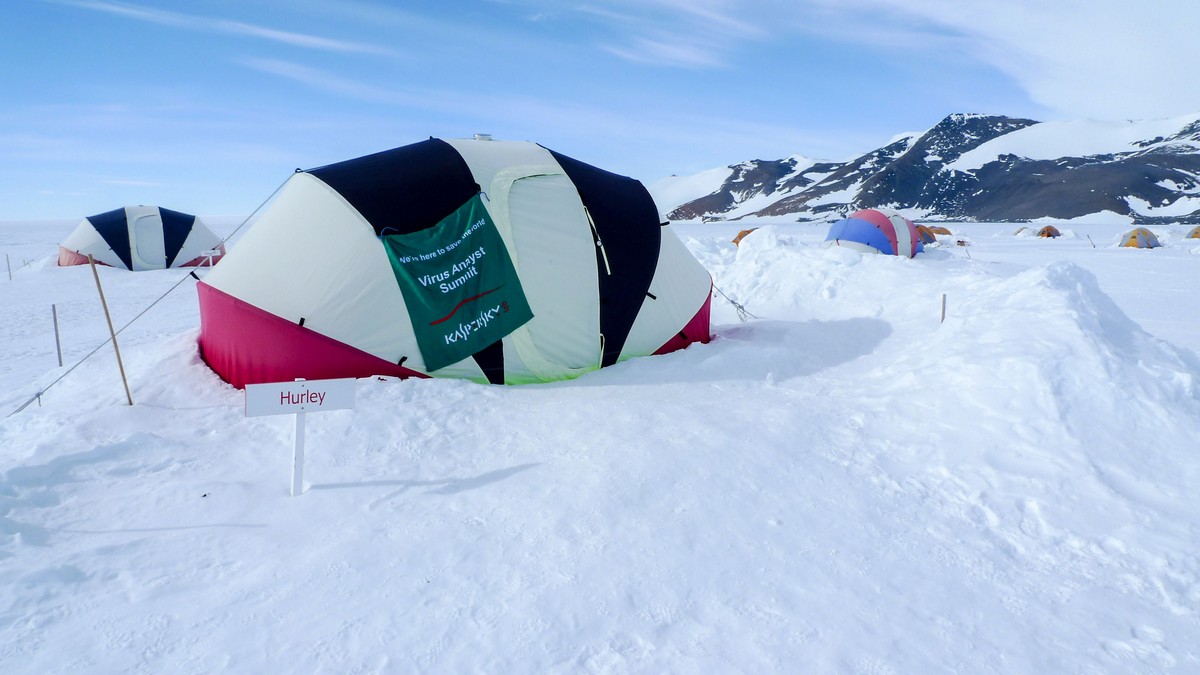 The item being held up in the following pic is described in my notes as the ‘sunny spade’. We used it to get the lighting just right for our ‘professional’ video shooting! 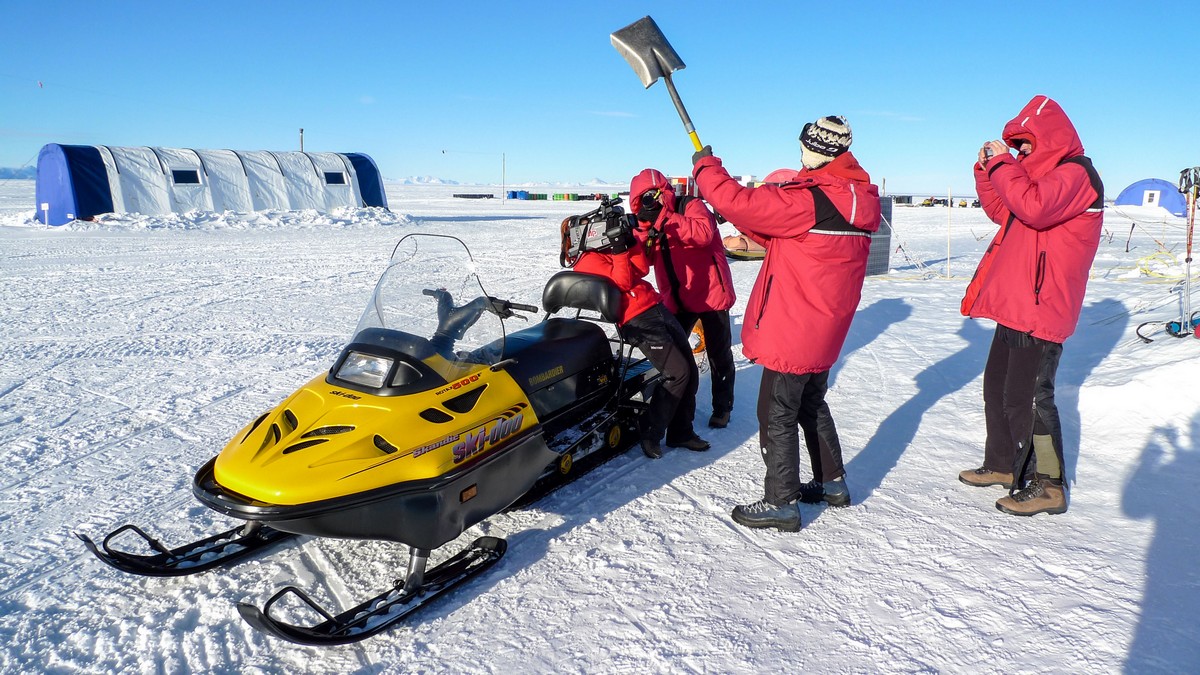 My mind was well and truly blown by all this polar beauty. I’ve always loved deserts – the sandy type – but soon realized I love ice deserts too. I’d take walks outside the camp for hours taking it all in, snow crunching underfoot, in meditation mode… 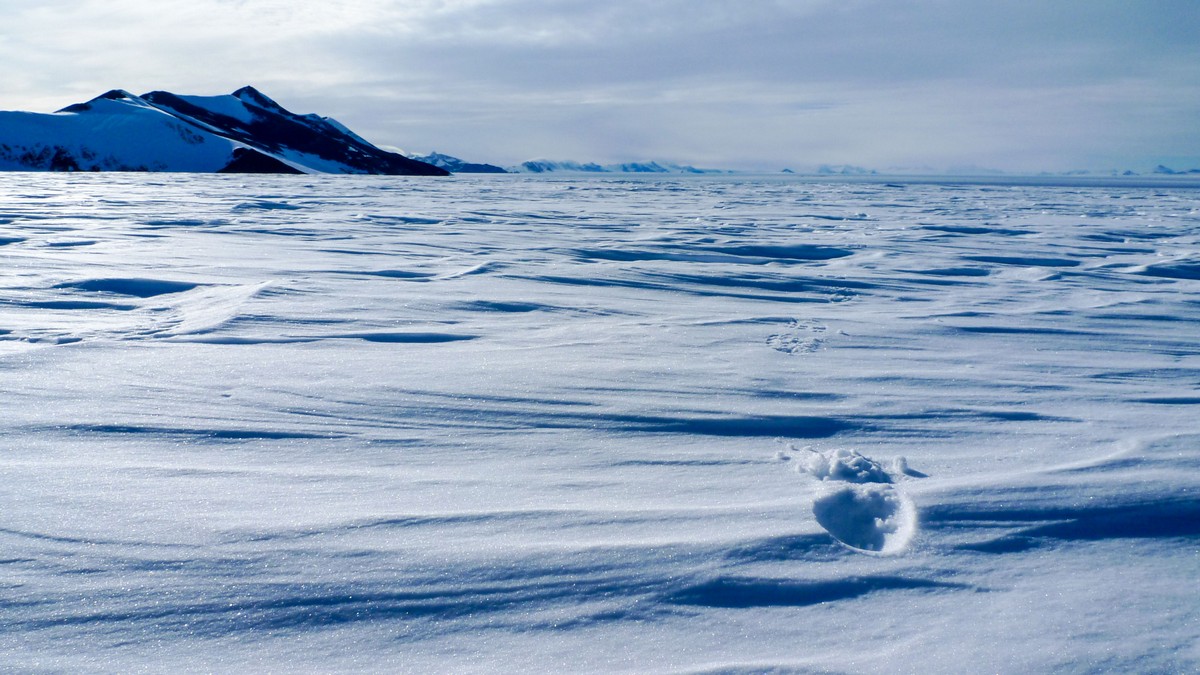 Sometimes I’d be joined by other members of our group on my polar walkabouts. When the weather was especially nice the scenery was even more breathtaking.  But we had to stay close to camp. If there’d have been an unexpected snowstorm, we’d never have made it back! 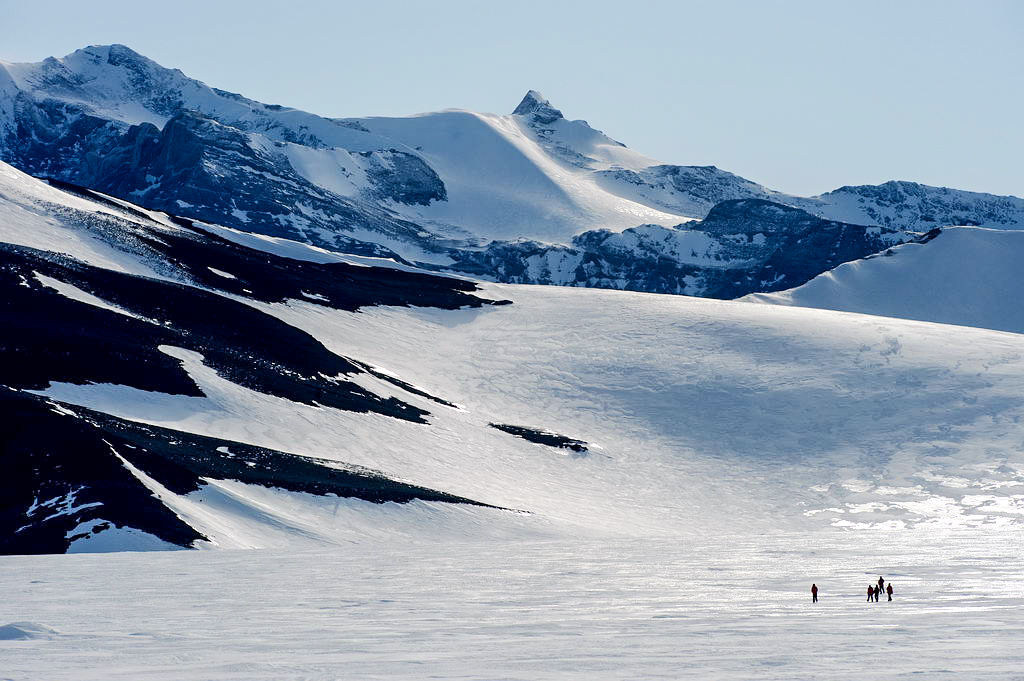 We were lucky. The weather was clement most of the time. Sometimes it turned poor, but nothing too extreme and fatal.

The frozen continent is a stupefyingly spectacular place.

50% of the human senses get shut down here as they’re just not needed! There are no natural colors besides black and white (plus sometimes some dark blue up above), and the only other colors are those ‘imported’ by the visiting tourists themselves. There are no sounds besides the snow crackling underfoot and sometimes the wind howling; if there’s no wind and you’re not walking around – perfect silence. You never hear birds singing as there aren’t any – ever; birds tend not to go in for being a thousand miles from food and water. And there are no… tangible distances. The air is so clean and dry and the glacial landscapes are so unpredictable that visually determining distance is simply impossible.

For example, look at the hills in the below pic:

I say: “Let’s get over to them hills quickly!” My companions: “Have a look at the map first!” Well, well… turns out they’re 20 kilometers away! 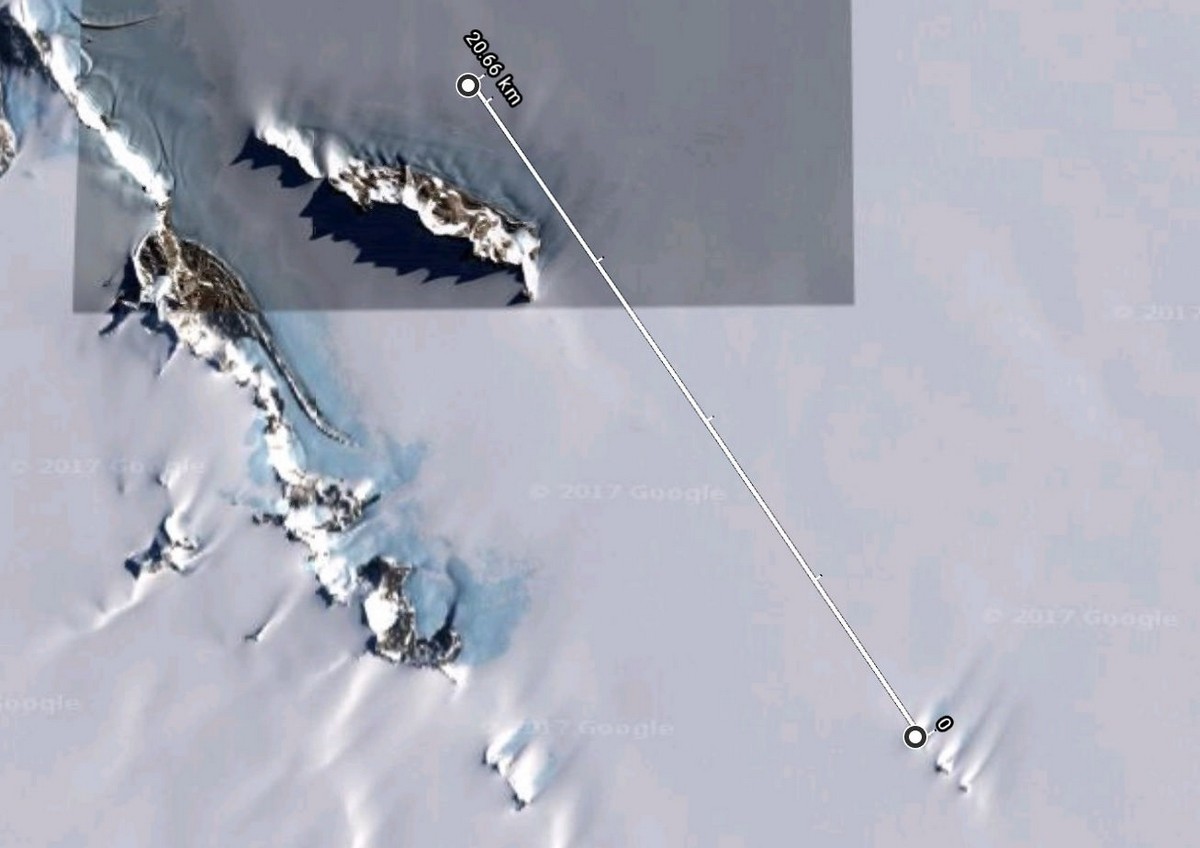 Google Maps get everywhere – even to Antarctica! Here are those hills again, with the nearby remains of an abandoned Chilean military base. And here’s the landing strip for the Il-76 – 3km long!

And this must be the landing strip of Union Glacier – but the camp itself isn’t visible.

And the distance to the hills in the second pic in this post – the one where you can see a lenticular cloud up above – is 40 kilometers! But if you look closely, this does actually make sense: the base of the hills are below the horizon.

And talking of hills…

Many think that the only things in Antarctica are snow, ice and penguins. Ok, there’s plenty of the former two, but penguins – no way. It’s 1000km to the shore, and it’s by the shore where you can find penguins. But on the 80th parallel and below – even suicidal penguins don’t get that far…

And there aren’t just hills on Antarctica but also active volcanoes, for example Mount Erebus, whose crater holds liquid lava! I haven’t seen this for myself, and don’t want to either, to be honest; scaling volcanoes is never easy – even in the kindest of climates. In the harshest climate on the planet? No thank you!

Around the base camp there are also hills, plus stones on top of the snow – not under it. This testifies to the strength of the winds here: the stones get blown down from the hills. Wind tossing stones about? Just imagine!!

Rocks – larger ones – also get moved around by glaciers. Glaciers slowly move across the bedrock, scrape off chunks of rock, and then transport them toward the ocean. I wonder how many hundreds or thousands of years it takes them to reach the shore?…

Btw, they say you can find meteorites in the ice here too. They’re visible as they don’t blend in with terra firma – as there’s hardly any visible under the snow and ice. We didn’t see any, but were told how some adventurers go on special missions looking for them and take some souvenir space rocks home with them! 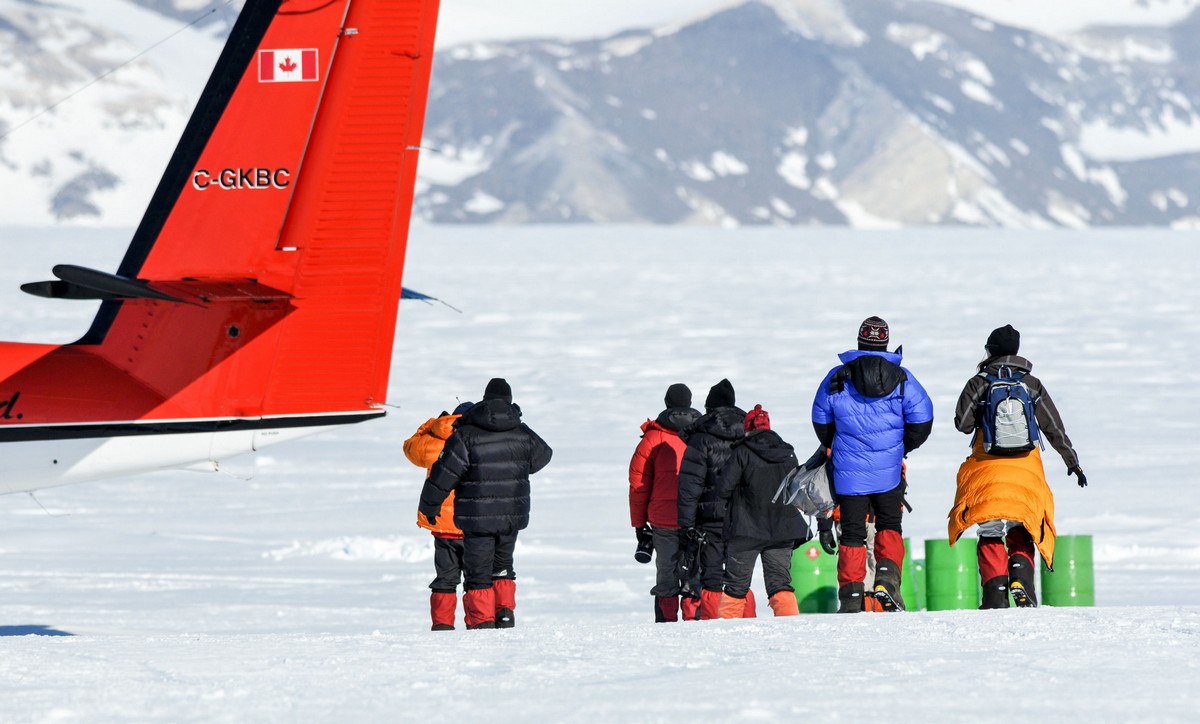 The (much!) smaller planes (what make/model, I wonder?) are flown by jolly Canadians, who once a year fly down (way down!) south for the ‘Antarctic season’. They do the exact opposite – go to the Arctic – every (northern hemisphere) summer! 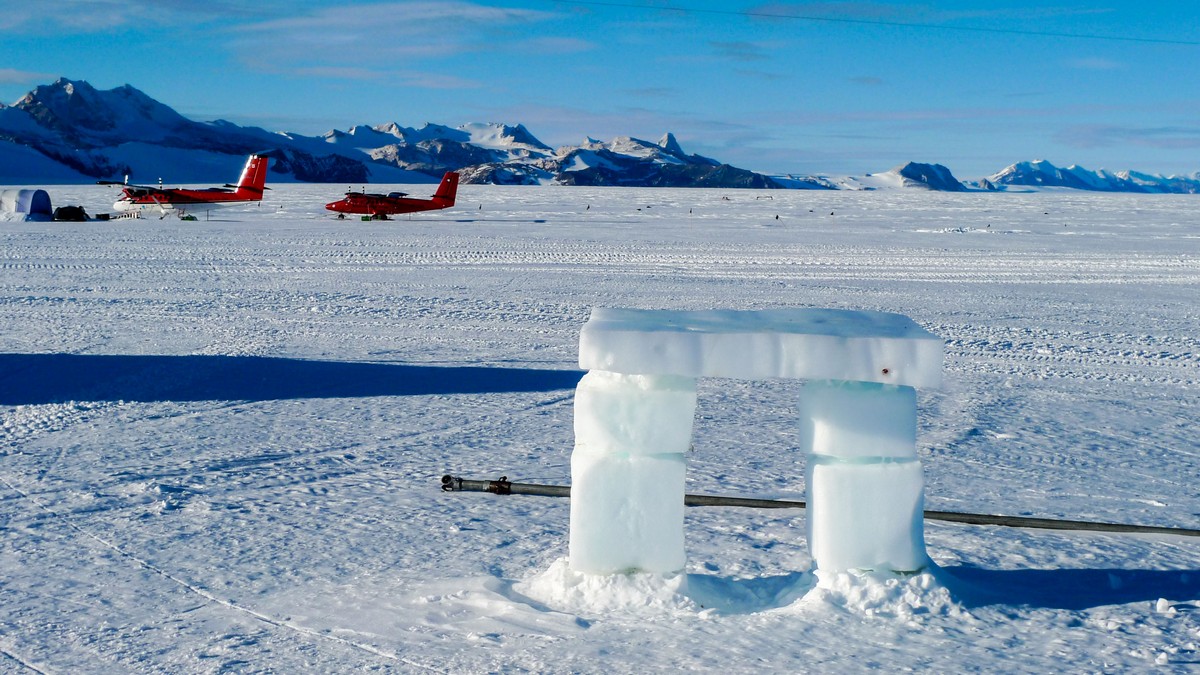 We flew to the South Pole aboard this DC-3: 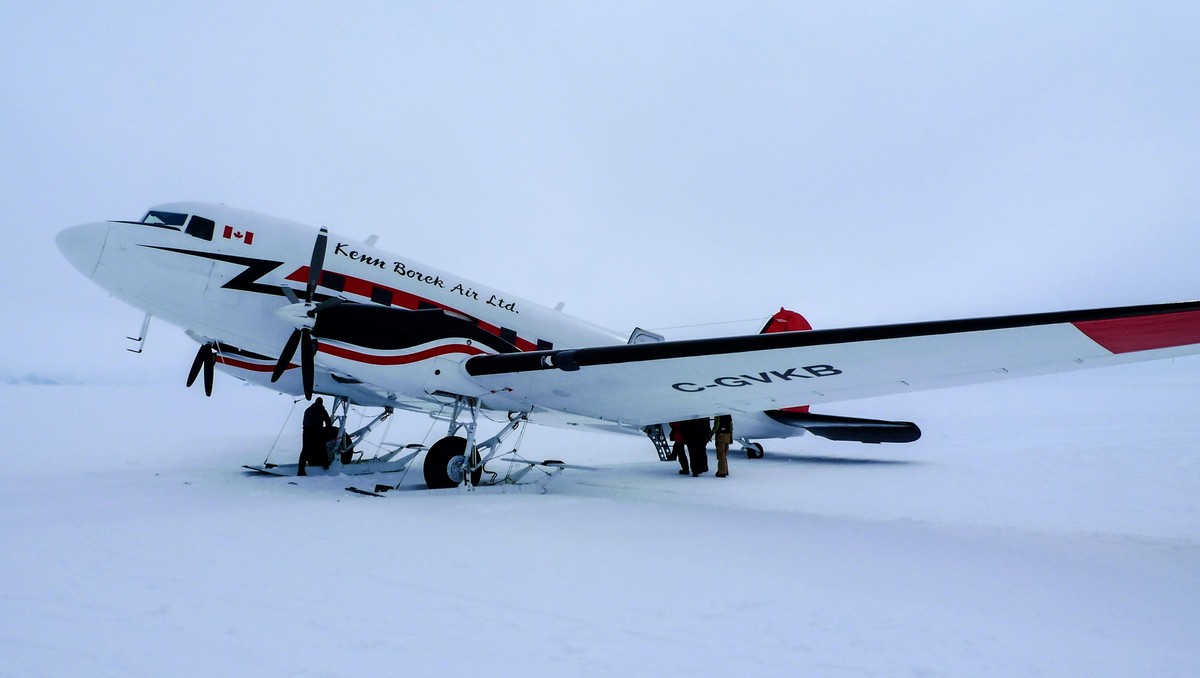 It was a plane like this one that crashed into some hills several years ago here (. Just the crew was on board, no passengers. 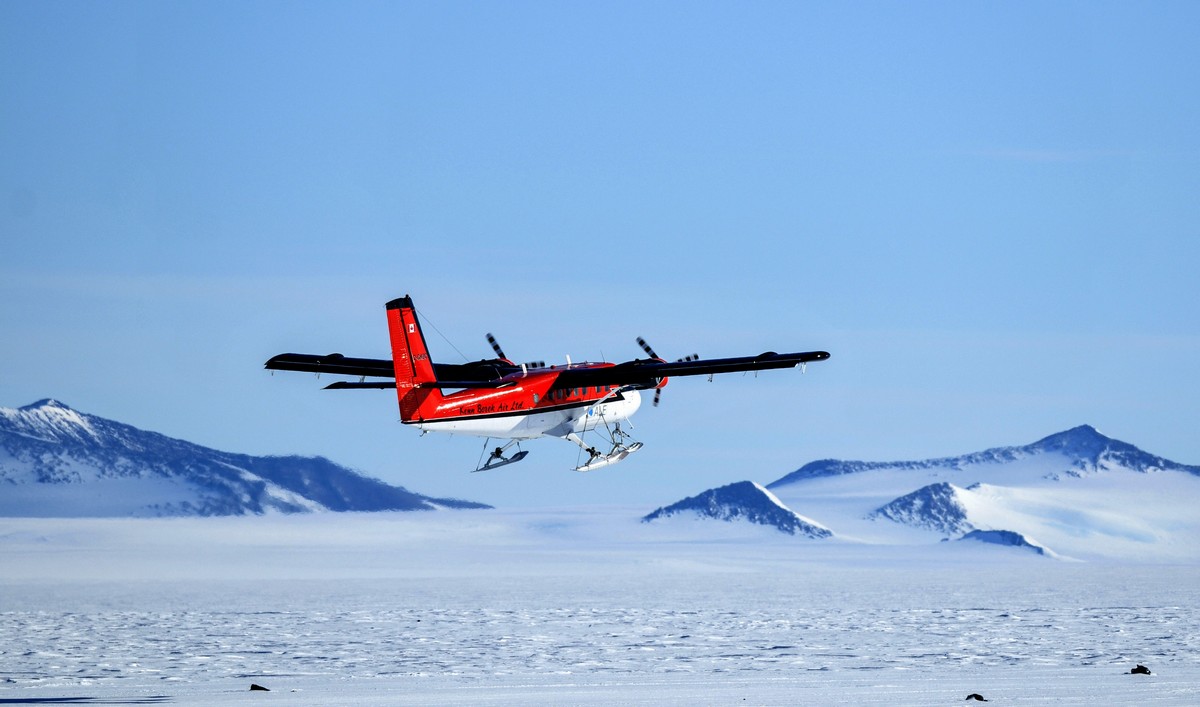 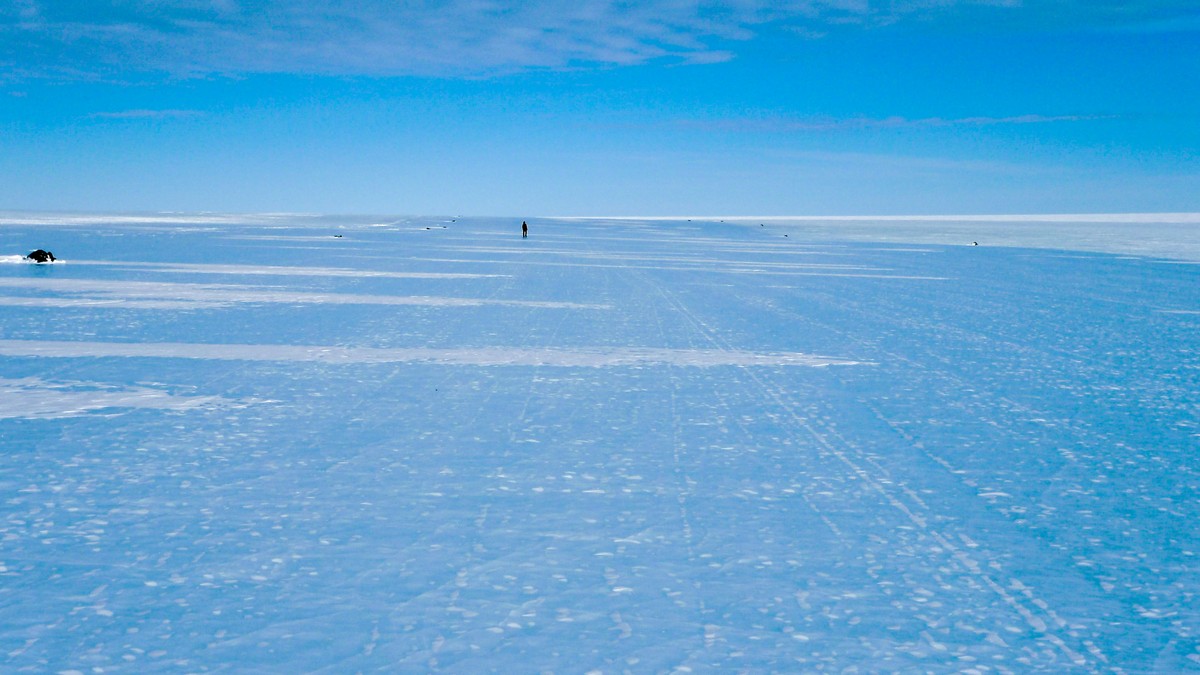