And now for something completely different and non-industrial. In fact just the opposite – something about both natural and man-made beauty. Why? Here’s why…

Not long ago, somewhere (I can’t recall where) I came across the phrase ‘the most beautiful country in the world’. I didn’t think much of it at the time, but the old unconscious appears to have logged it for a future revisit. Oh that subconscious.

A few weeks later, sure enough, I was compelled to revisit it, and had a look on the Internet about this, and of course I found various lists of things like ‘The Top-10/20 Most Beautiful Countries in the World’. Thing is… most of it seemed to be talking through its hat, seemingly written by folks who’ve never been to Latin America, Central China, Kamchatka or the Kuril islands.

I admit, determining which are the prettiest countries in the world is tricky: beauty is a subjective thing, and that means that the criteria you use will also be subjective. I mean, what criteria should or could you use?

But, well, I’ve got a bit of a head-start on this – with my Top-100 Must-See Places in the World. With this list you (here – I) can calculate levels of beautifulness… but taking into account the sizes of the territories! This is so we get the ‘most beautiful overall’ instead of the ‘quantity of beautiful places in a particular country’.


But before we dive into the calculations, let me first mention how I’ve also a Top-20 Cities list, which also needs taking into account for sure.

Ok, time to work this out…

When I first turned to my trusty old Top-100 list, I realized that if I were to simply add up the number of beautifulnesses per territory, I wouldn’t need to make any calculations at all – the results would be plain to see from the get-go. At the top by a mile would be… Singapore! It’s in the Top-20 Cities (one beauty ‘point’) and the territory is tiny; if we divide one by a small figure we get a clear-cut dominance over the other places with a dozen beautifulnesses spread over millions of square kilometers. So, you get the logic?

Right away, we’ll cross off all candidates that have less than two beautifulnesses in the list. What else? Ah – some beautifulnesses are situated on borders of countries; for example, Iguazu Falls and Mount Roraima. Then there’s Patagonia, which stretches wide across two countries. Such beauties will be marked down as belonging to both respective countries in the calculations.

Ah – there’s another distorter… for example, New Zealand. It tops my Top-100 list, but it’s home to six different natural uniquenesses – all listed in a sub-list. So we’ll apply that rule to other countries: the USA, Russia (Kamchatka), China and Indonesia. I’ll cross off from sub-lists all red-rock formations in Utah, as they could run to hundreds of separate beautifulnesses; I’ll simplify: all red rocks = one beautifulness. The same applies to Kamchatka and China. Lastly – we’ll include all the submitted candidates for the Top-100 which didn’t quite make the list; so they don’t feel left out :).

One more thing: I’ll show the result for one non-competing place – my favorite Kamchatka – just to compare it with all the whole-country candidates (to prove a point, I guess:). Remember – Kamchatka’s not competing itself – its beauties come under ‘Russia’. 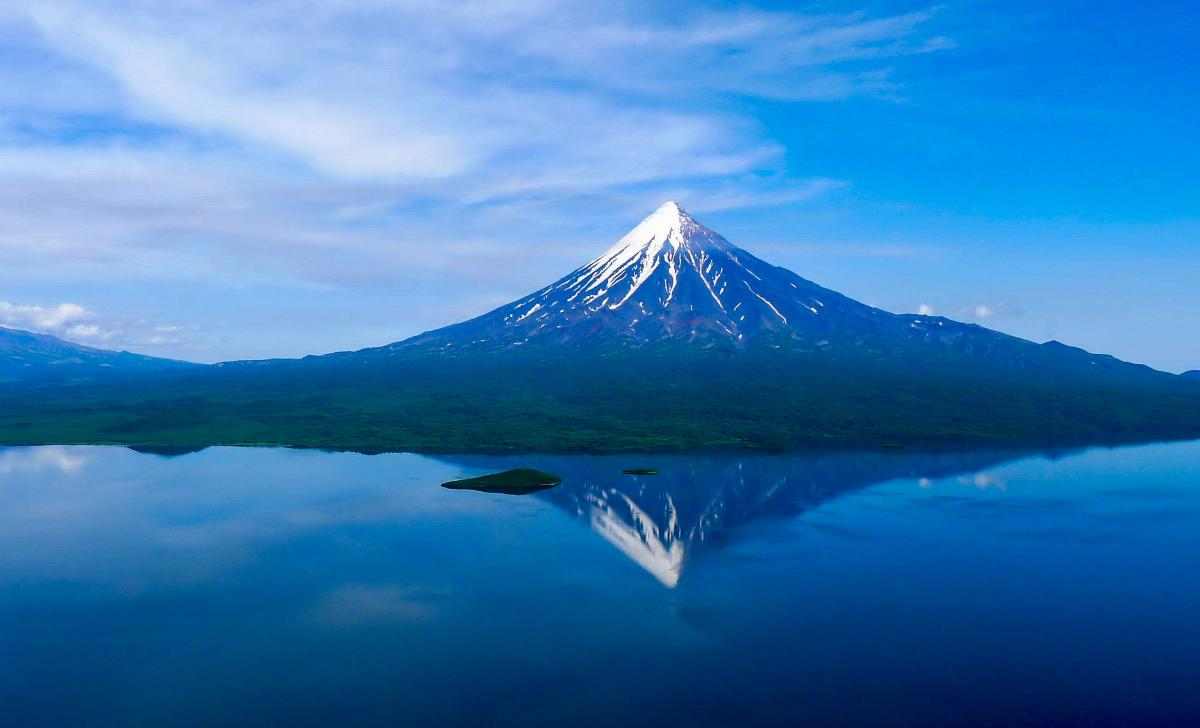 Kamchatka – not competing – has seven top-beautifulnesses.

The sizes of the countries you can find on the Internet if you want to check my arithmetic.

And now. Ladies and gentlemen. We’ve finally come to the announcement of the ‘most beautiful country in the world’… according to the above-explained system.

And in second place is… New Zealand, with 22.5 beautifulnesses.

At the tail end of the list were Brazil, Russia and Argentina; they each have many beautifulnesses, but they’re scattered over immense territories.

However, the most beautiful place on earth (I didn’t doubt it for a second) is Kamchatka, with a result of 26 beautifulnesses. But Kamchatka ain’t a country, so it isn’t included in the list!

I’m fairly certain I’ve gotten my sums right. The logic of the calculation of ‘points of national beauty’ could of course be questioned but… before any such questions come firing in in the comments – re-calculate how you’d go about forming such a list. While you’re doing so, please feel free to amend my Top-100 to improve it!

That’s all for today folks. And here’s hoping you get to see as many Top-100s as possible!…