The idea of space travel has been knocking about in the back of my brain for quite a few years now, in fact since the time when Sir Richard Branson was sponsoring the Brawn GP Formula One Team. Back then we (KL) were mulling over getting into F-1 sponsorship (which we eventually did get into by sponsoring Scuderia Ferrari) and I met RB at a race. To cut a long story short, after a good bit of banter I ended up buying a ticket from his good offices – for a trip into space! 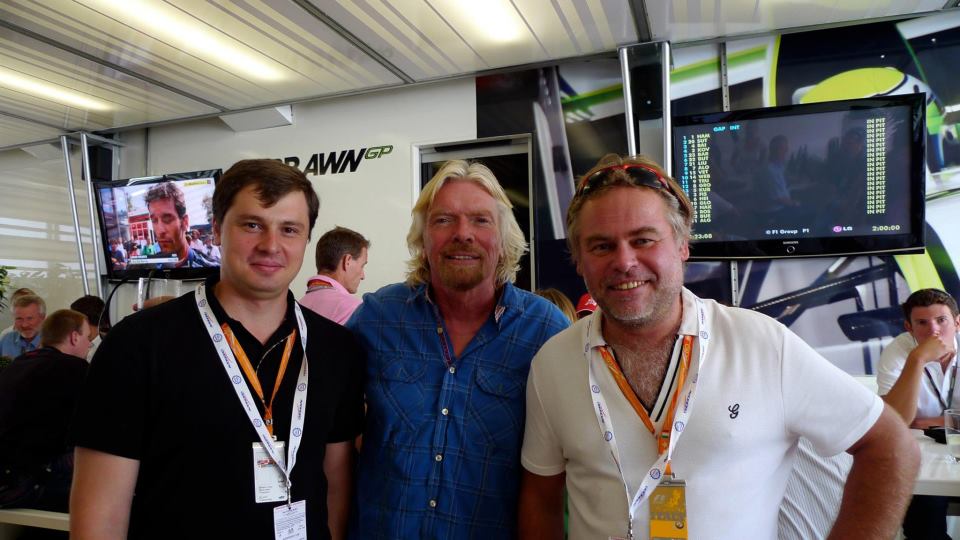 Since then, I’ve managed to bone up and get some practice in on space-related themes by experiencing weightlessness (in an IL-76), witnessing the launch of a Soyuz from Baikonur, and visiting the Yuri Gagarin Cosmonaut Training Center in Star City.

Zero gravity experience. It's not easy to tolerate 2G-load (10 times!) but the joy you feel afterwards is an absolute happiness!

Weightlessness is just awesome, and I had no real problems getting the knack of it. But to dock a Soyuz trainer to a mock-up International Space Station – I couldn’t crack that: I couldn’t get the hang of the management console there. It seems space engineers have no clue about user experience and A/B testing :).

In the meantime, a cosmodrome was built for Virgin Galactic. This isn’t too large as only sub-orbital planes are planned to be launched from it. There’ve already been test flights, glamorous presentations, and other assorted good news stories coming out of it. Then there was some very bad news; then there was a long silence for some 18 months.

Then, just the other day, out of the blue space, I received a communication of cosmic importance! (They don’t forget about their clients – already a good sign. But it gets better…)

I’m addressed ‘Dear Astronaut’! Already like the sound of that. The cosmic communication was an invitation from Sir Richard to take part in a new space mission! Yippeeee! Sometime soon – though he wasn’t specific on timing – we’ll be hurled some 100 kilometers up above sea level into space on his new spaceship. Hold on – there’s no mention of getting back down to earth again. Eek. Well, they’re hardly gonna leave us up there now are they?

I was expecting at least a bit of detail in the invite; say, tech-news, progress report on the project, test launches… Alas there was zip. Hmmm. A bit of a let-down – and after first getting my hopes so high! I do hope things the rocket will get off the ground soon – or will I have to pass on my ticket in my will? :)

Sub-orbital spaceflights are a wonderful idea – one I go crazy about. It’s not just elite tourism, as it’s accessible to a wider circle of Earth-dwellers like yours truly. And it could end up being the new stage in evolution of high-speed long-haul flights! An hour in the air, five minutes of weightlessness, and you get from London to Los Angeles. A dream! The only problem at the moment is that this dream is filled with pessimism. Maybe they won’t be able to pull it off. Maybe there’ll not be enough money, skill, know-how, technology… Maybe the only thing to remain will be congratulatory cards and a dusty scale model of SpaceShipTwo on the shelf in my office… 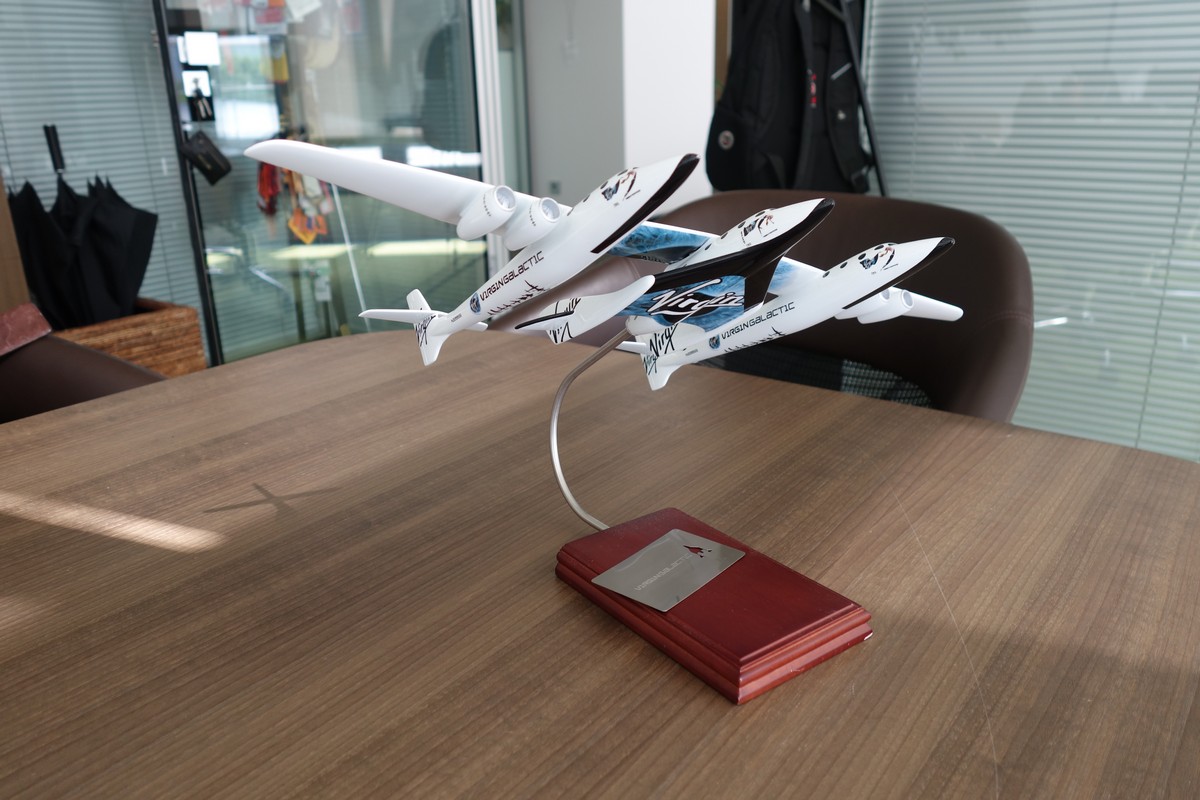 Ever the optimist, I do think all will work out in the end, they’ll think up the needed tech, the budget won’t dry up and the inventors won’t disappear into the woodwork. And I’ll get my ride. My space ticket is #275.

Incidentally, there’s been a lot of bad press of late for the SpaceX project. I wonder, is it all really that bad? Or is it just the Internet doing that thing it loves doing – trolling? I wish I could find out some hard facts… A bit like ALL the Brits I know wanting hard facts on Brexit pros and cons. But I digress.

Check out the Russian postmark on the envelope from Sir Richard. It’s dated April 1! 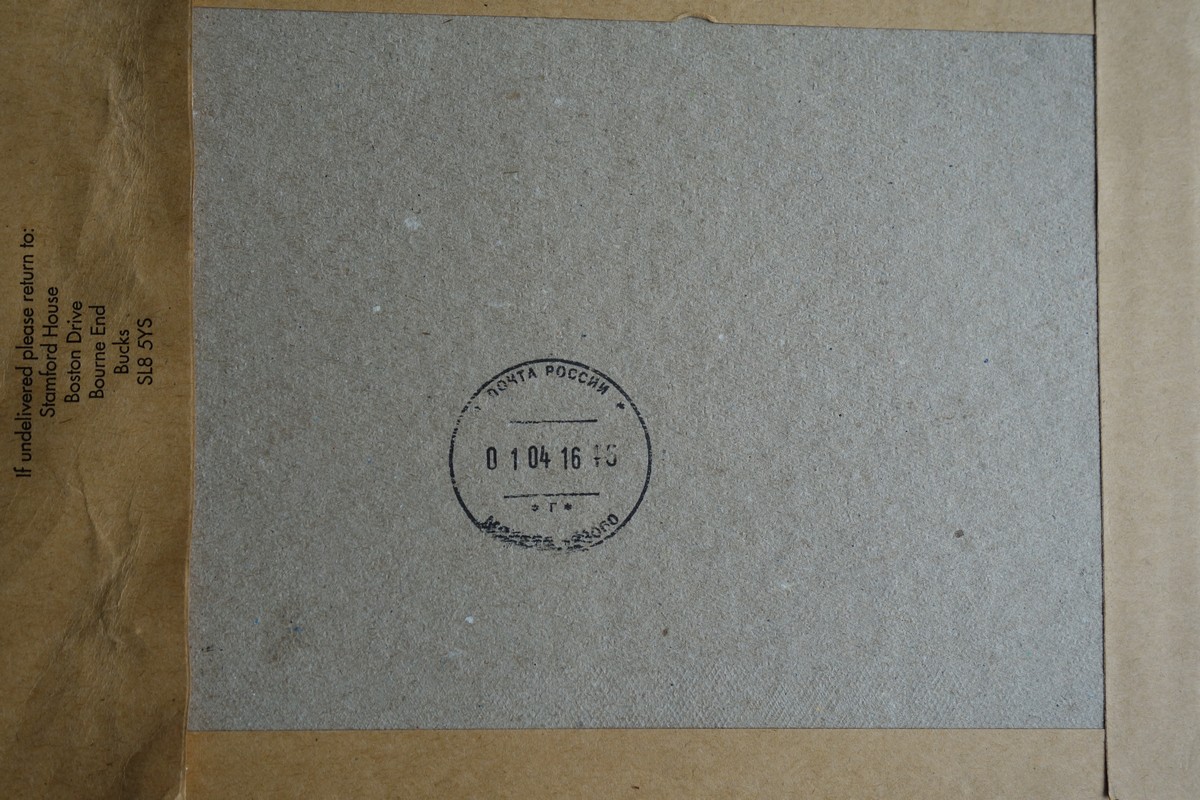 This brings two things to mind. First – was it all just an April Fool’s Joke? And second, how can it be possible in 2016 for a letter to take SEVEN weeks to get from the sorting office to the addressee? Is this a sign? Commercial space travel is still a long way off as, well, just look at the speed humans move letters about – never mind people! Or is it a reverse-omen? A bit of irony that we’ll be heading for the stars soon while letters are still well and truly slo-mo? I hope it’s the latter :).