This time in Japan, there were no Top-100isms, no day trips, no walks… no time-off. It was all conferences, meetings, interviews and other assorted shigoto (仕事), that is, work.

Before coming over to the land of the rising sun this time, I was hoping the tempo would be less hectic than usual, with more freedom for relaxed beholding of historical and natural landscapes, meditative evening strolls, cherry blossoms and so on. Right. The further into the trip, the further I seemed to get away from any chance of seeing things like Mount Fuji or Aogashima, and deeper into ‘all shigoto, shigoto, shigoto‘. Which is also good, of course, but… well, look what happened to Jack! 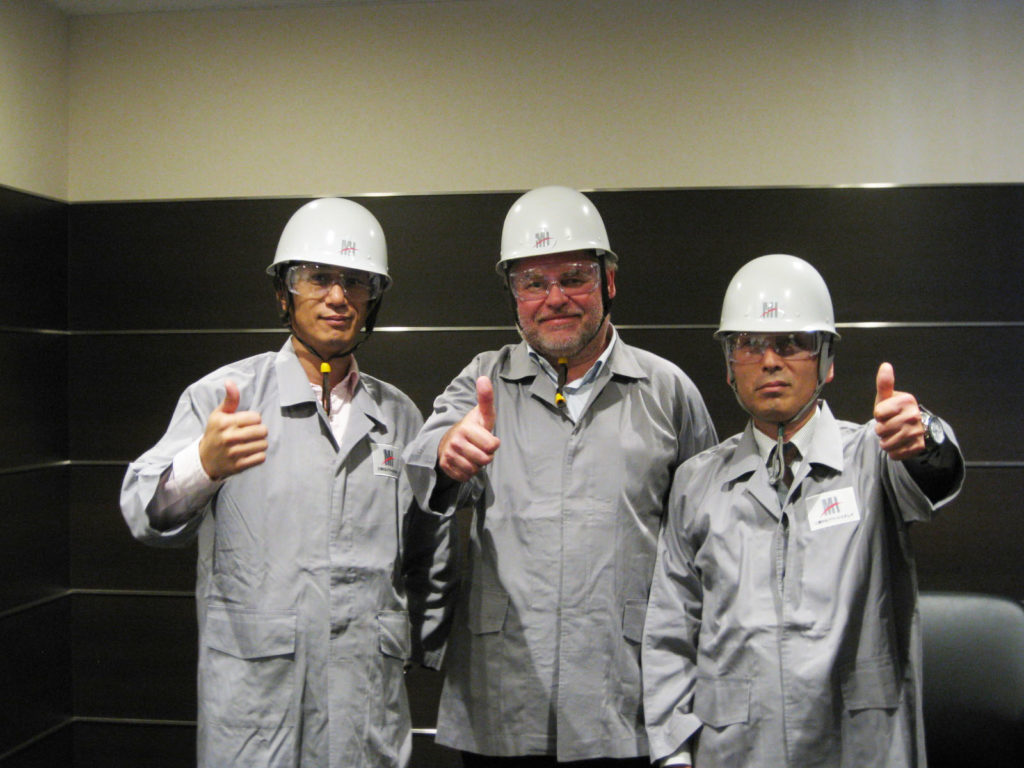 The only bit of micro-tourism I did get in was a quick march along my favorite route outside/round the grounds of the Tokyo Imperial Palace. 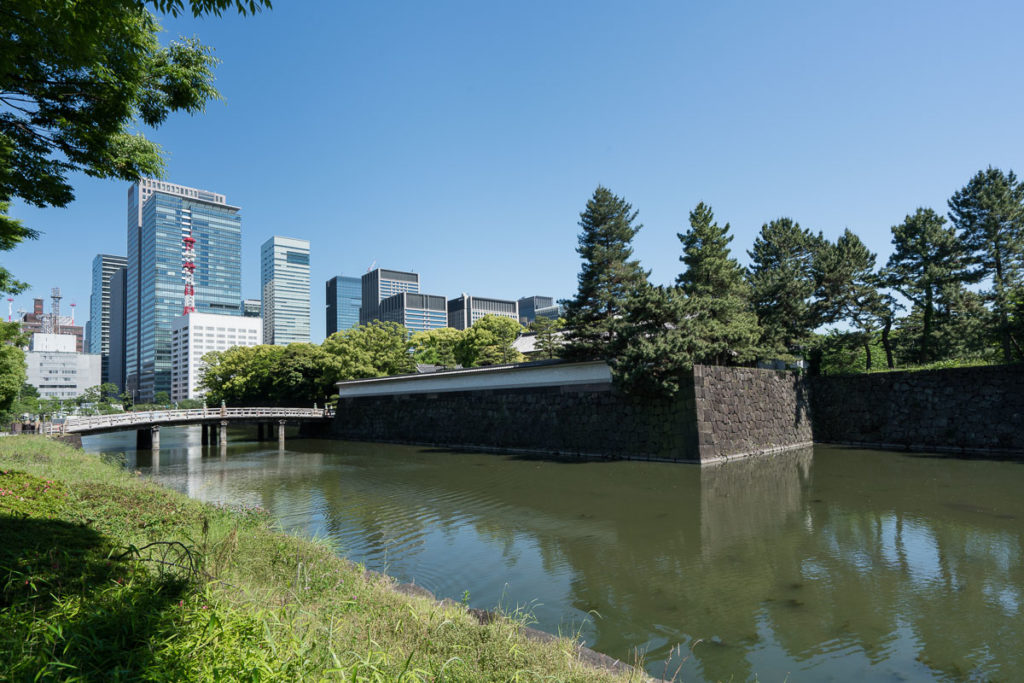 Inside the complex you’re forbidden politely asked to refrain from doing rather a lot: no dropping litter, no making noise (at night), no breaking branches of trees, no lighting fires, no setting off fireworks, no graffiting the buildings. Quite right too. The list has been updated since I was last here. Now you’re also asked not to fly quadcopters. Always keep up with the times, the Japanese :). 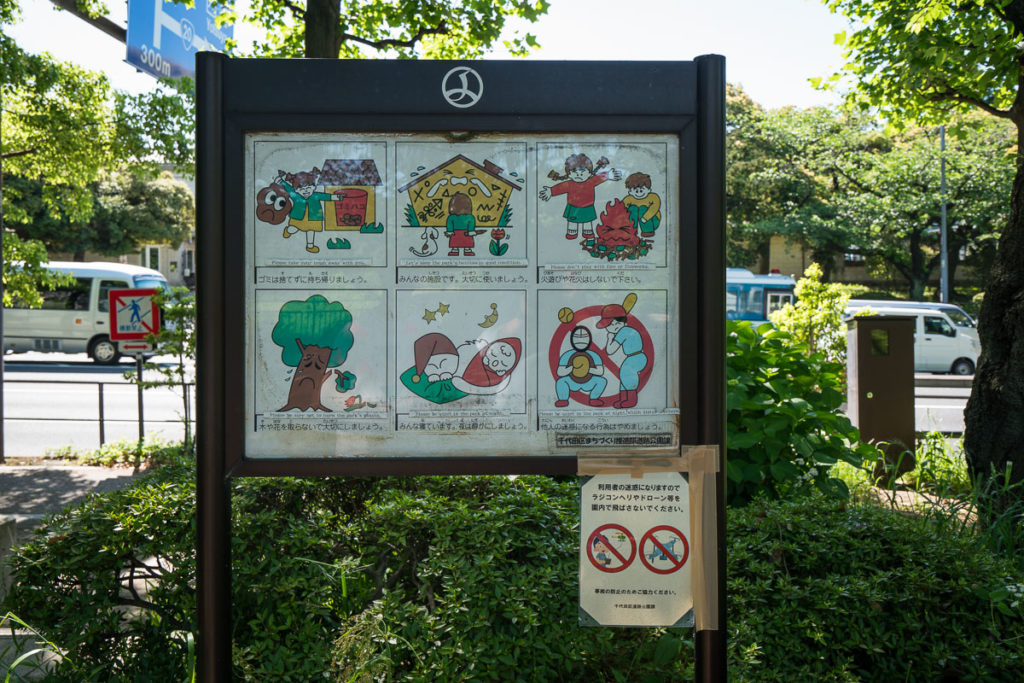 Here’s a pic from our walk home – a road on stilts above a river! Pity the poor fish and other river-borne creatures… 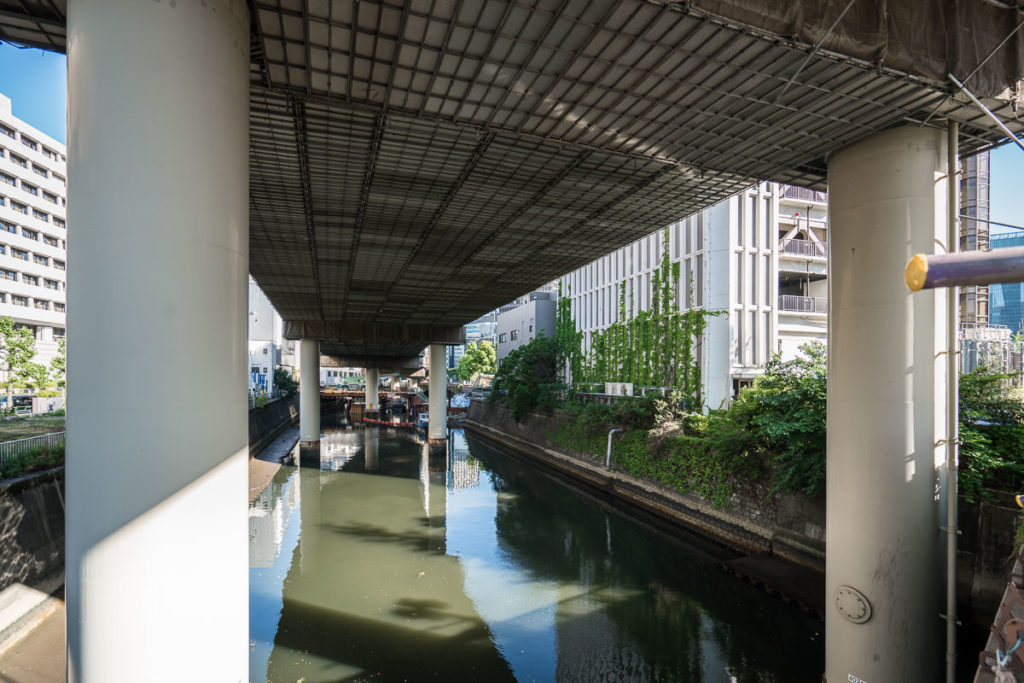 Later that night, we had a repeat performance of panoramic Tokyo like I told you about in the previous post: 360 degrees of the capital from two sides of a skyscraper. At night just as outstanding a vista as by day – if not more so. Just a shame Mount Fuji isn’t visible by night. Actually, no – scrub that. The only way Fuji would be lit up at night would be if it were erupting!

Next morning, it was off to the airport for our flight to Seoul. If ever you take this route – make sure to sit to the right (looking backwards; i.e., where the seats go A, B, C…). From that side just after take-off you get a great view of Mount Fuji out the window – at times in its full naked glory, moments later sat in among the clouds.

But how did I know which side to sit on? Well, I flew Tokyo-Seoul back in 2005. I’ve even tracked down the photos:

All in all, though it was mostly work, this Japan trip wasn’t bad at all. Japan trips never are really :).

More on Japan trips over the last five years – here.

Bye for now folks. Be back in a jiffy. But for now it’s back to shigoto…