The view from up above is also impressive. On Google Maps the volcano looks something like this: 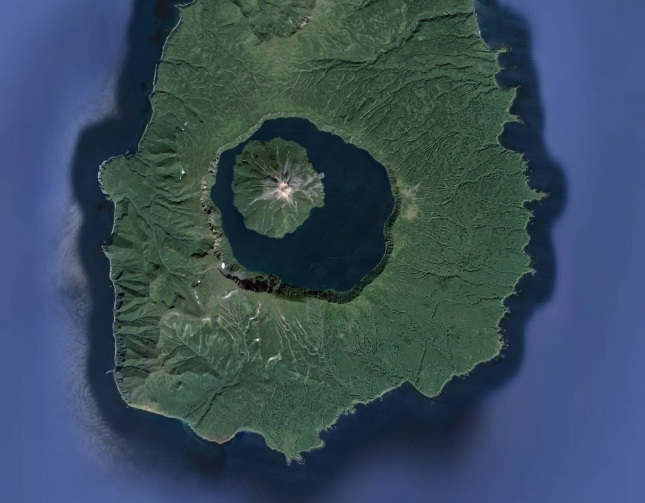 And on Yandex Maps it’s the same but with added snow: 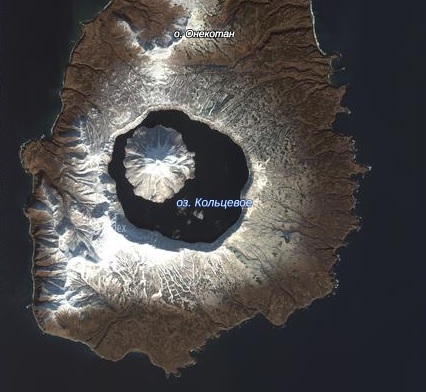 Onekotan island has a population of 0. There aren’t that many more tourists visit the island.

The only way you can get to Onekotan is by boat. We landed on the beach near the mouth of the river Fontanka, then had to walk ~15km up an old and barely passable track to the rim of the caldera. In all, 30km covered this the day, while our climb in altitude reached only ~500m. 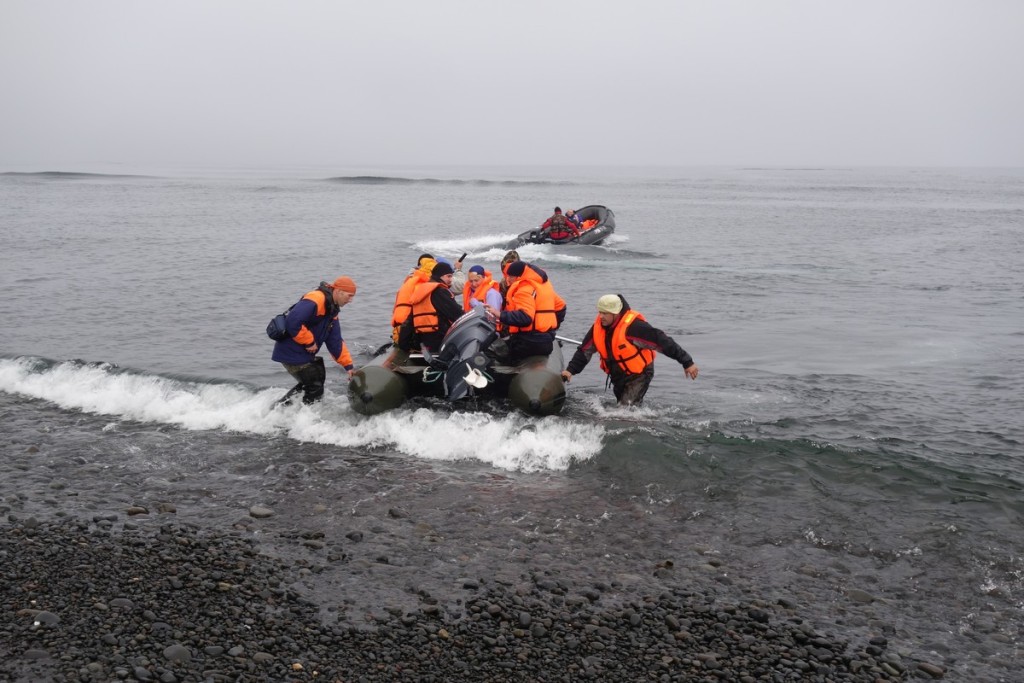 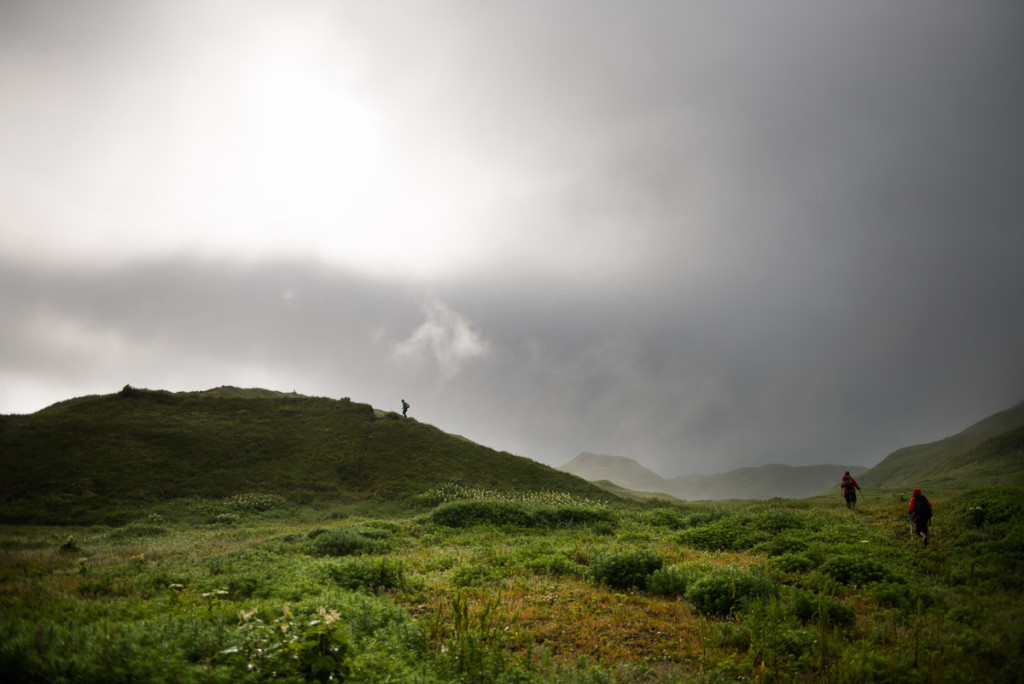 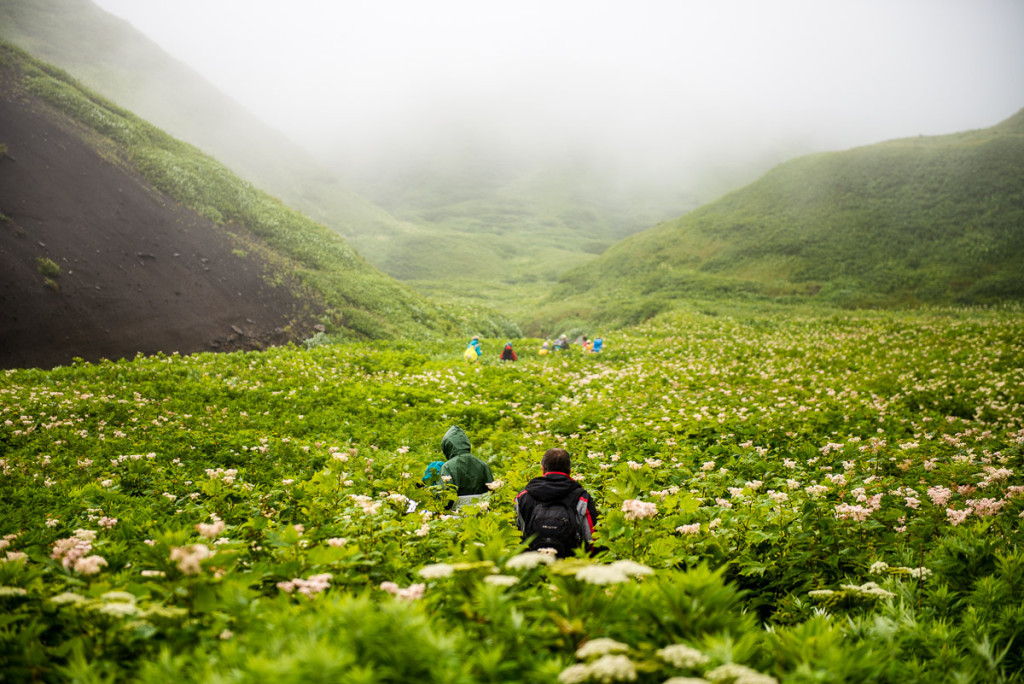 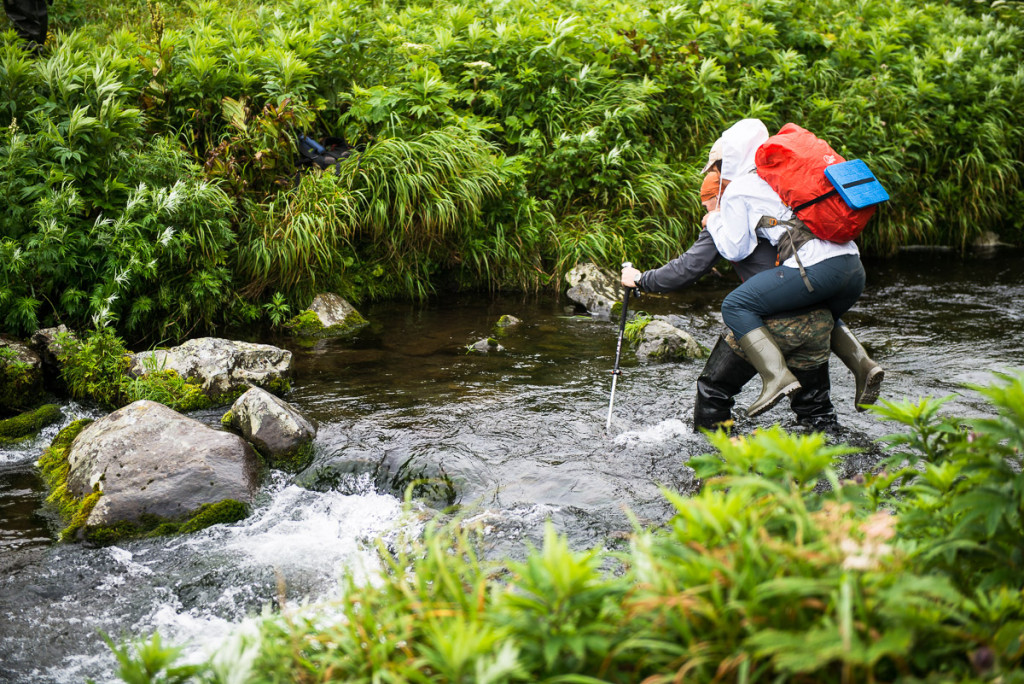 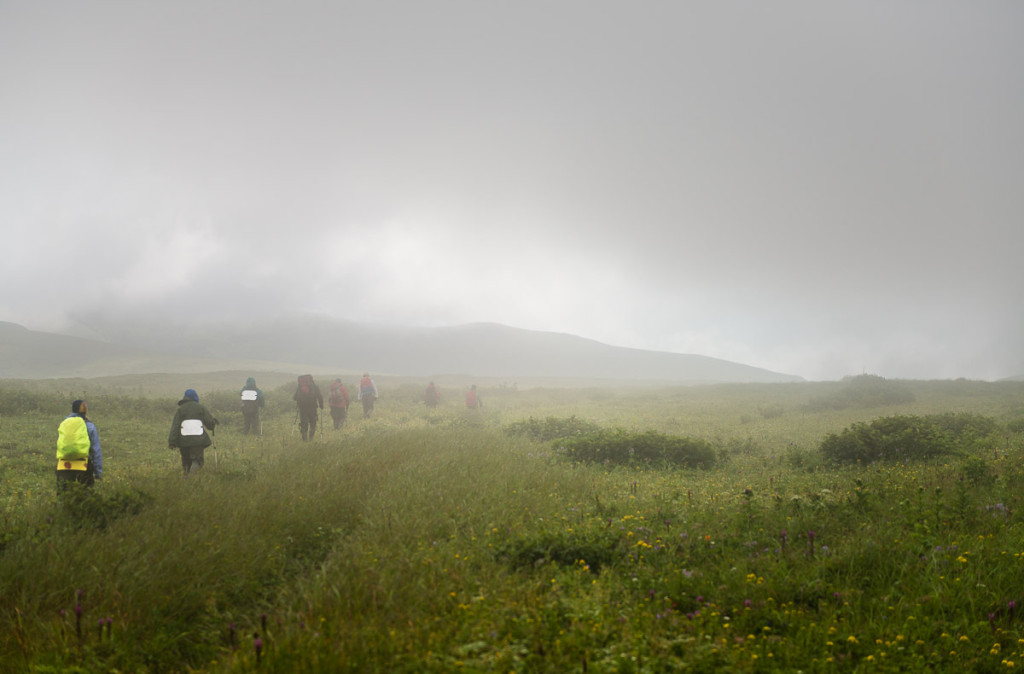 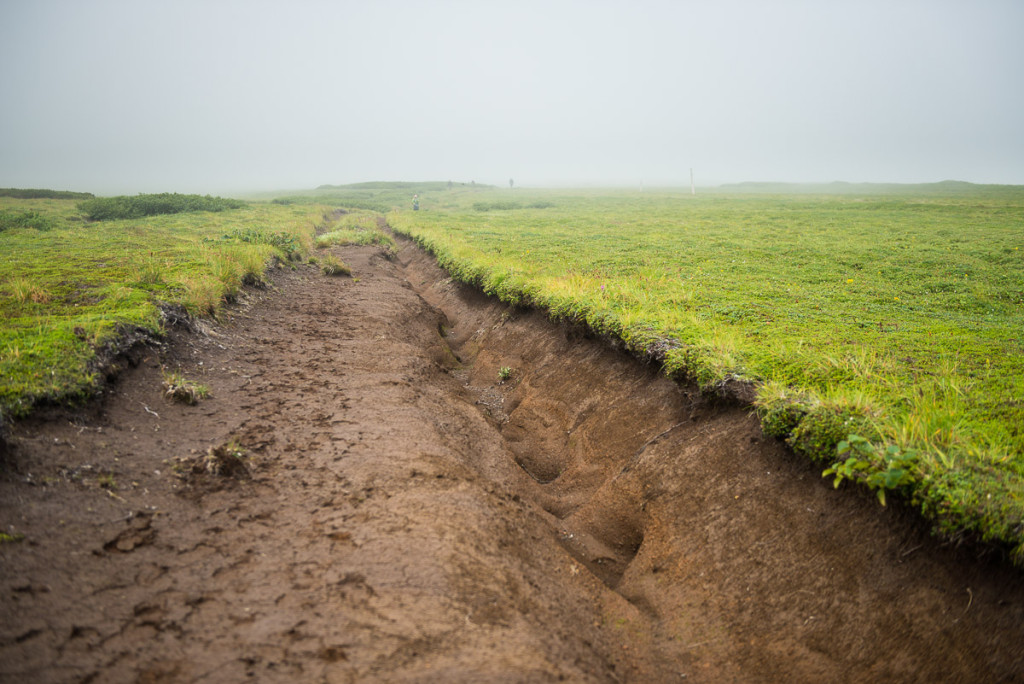 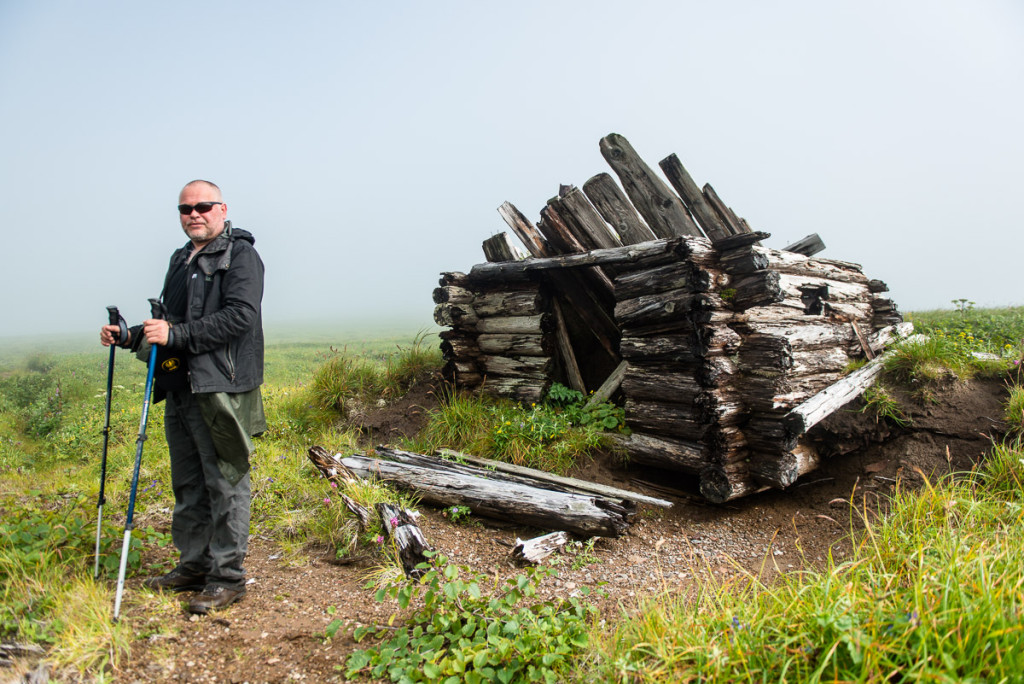 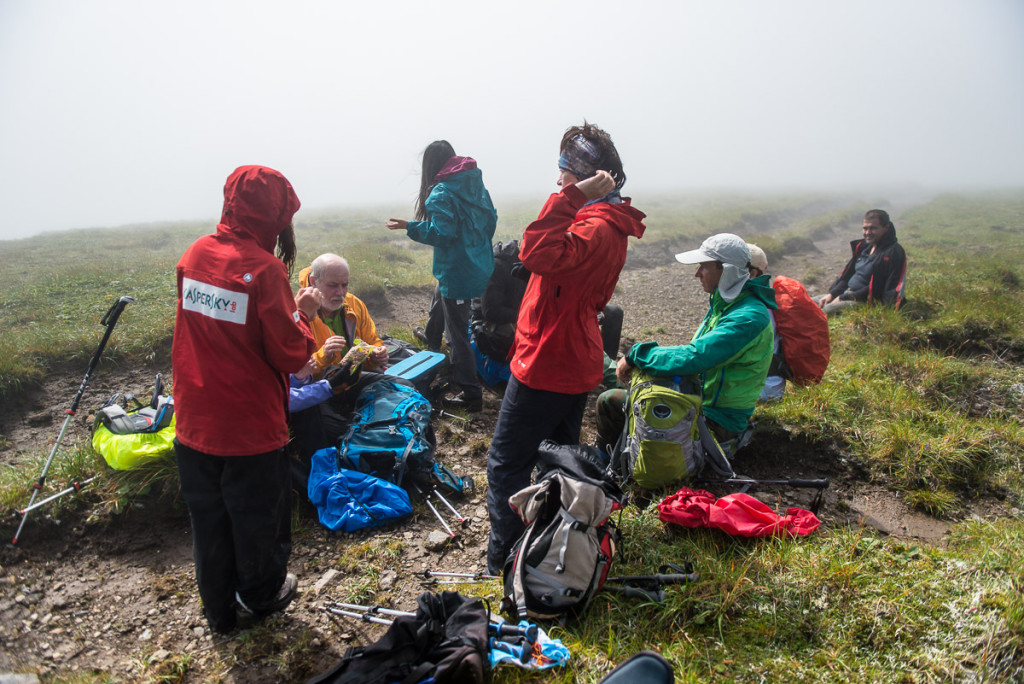 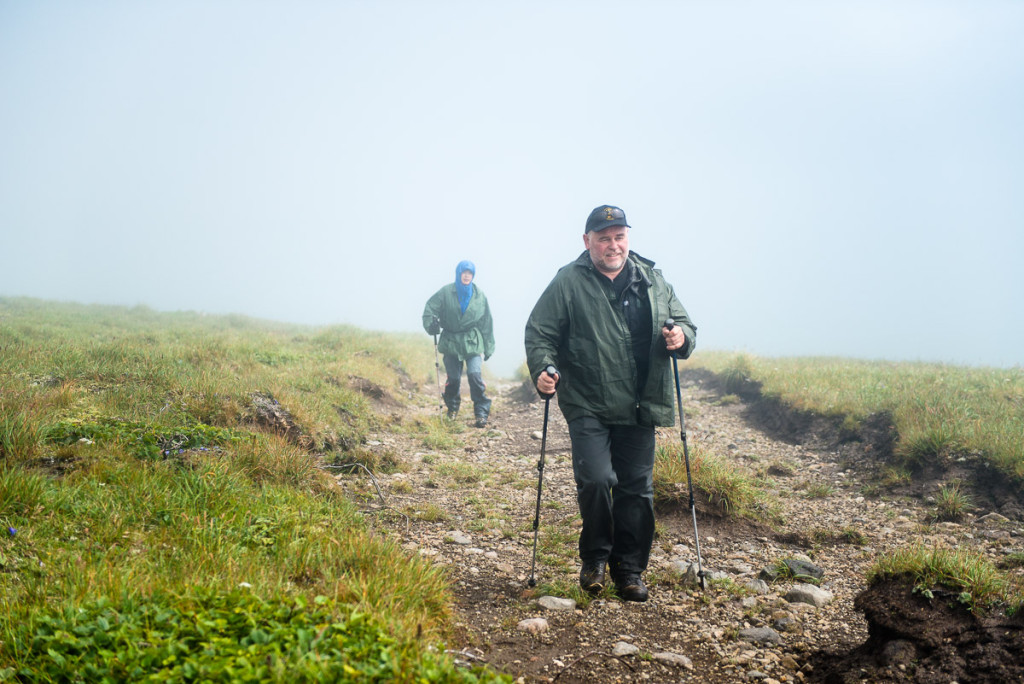 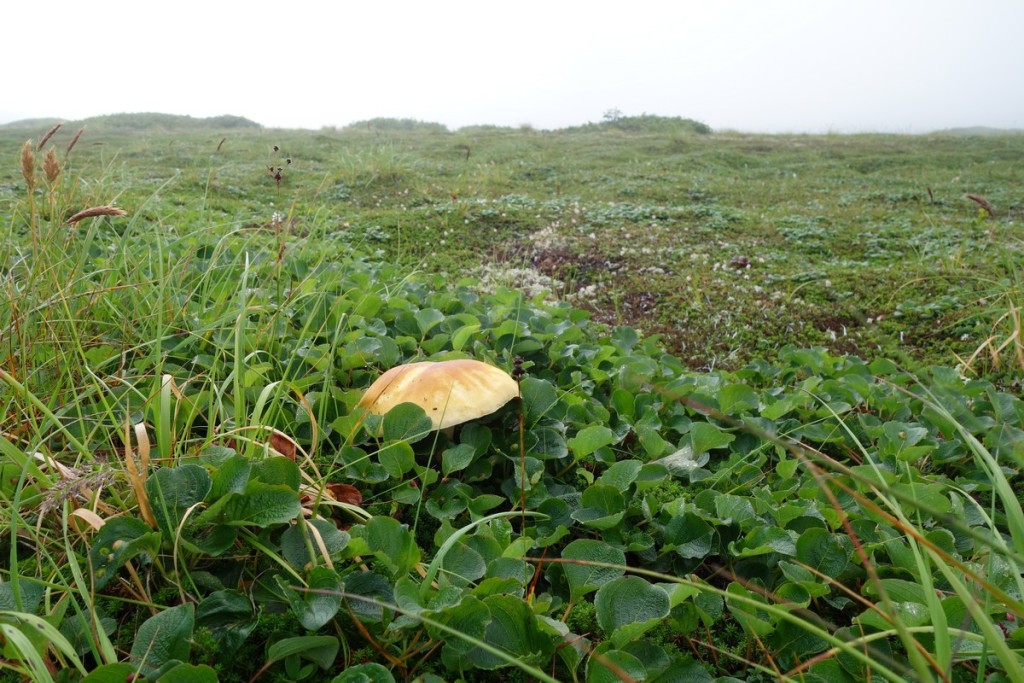 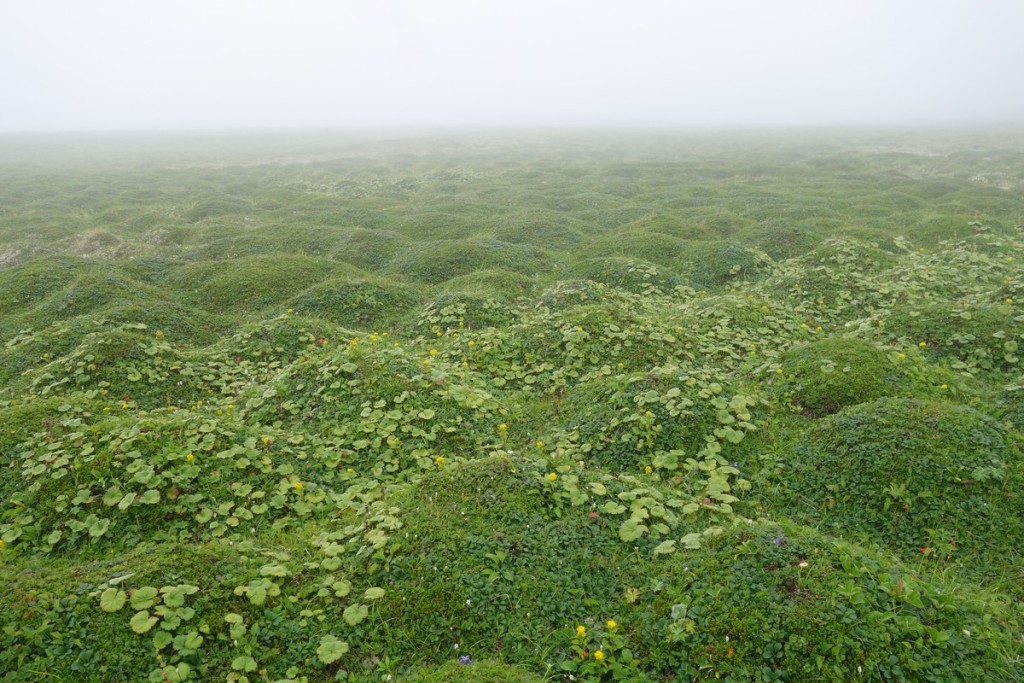 It’s possible that there are other, shorter routes to the caldera, but we sure didn’t know about them if there are, and the satellite photos don’t seem to indicate any other routes. However, if any of you, dear readers, might know about any other routes to the caldera – let me know! You never know, we may want to return one day in the hope of seeing the volcano in better weather :).

Yes, about the weather…

As you’ll see from the pix, this was yet another day of typically far-from-ok Kuril weather. But we were getting used to the rain, mist and gloominess by this stage of our travels, so we hardly noticed it.

However, when we at last got to the top of the caldera the fog was thicker than ever. Still, after a bit of impromptu shamanism (involving chants, coins and whisky…) it started to clear. At first the edge of the lake appeared, then the base of the cone of the volcano, then the whole lake. Only the peak of the volcano didn’t appear. So we had to turn to our imaginations to envisage how monumental and beautificent it all looks together, when caldera + lake + cone all come together and say ‘cheese’ for the camera. 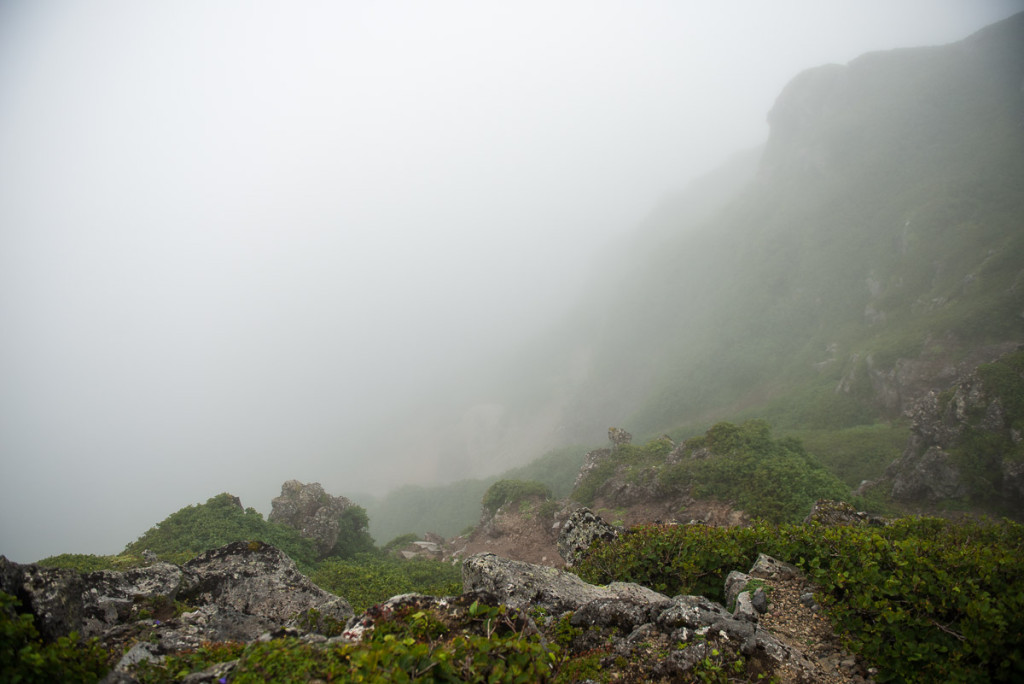 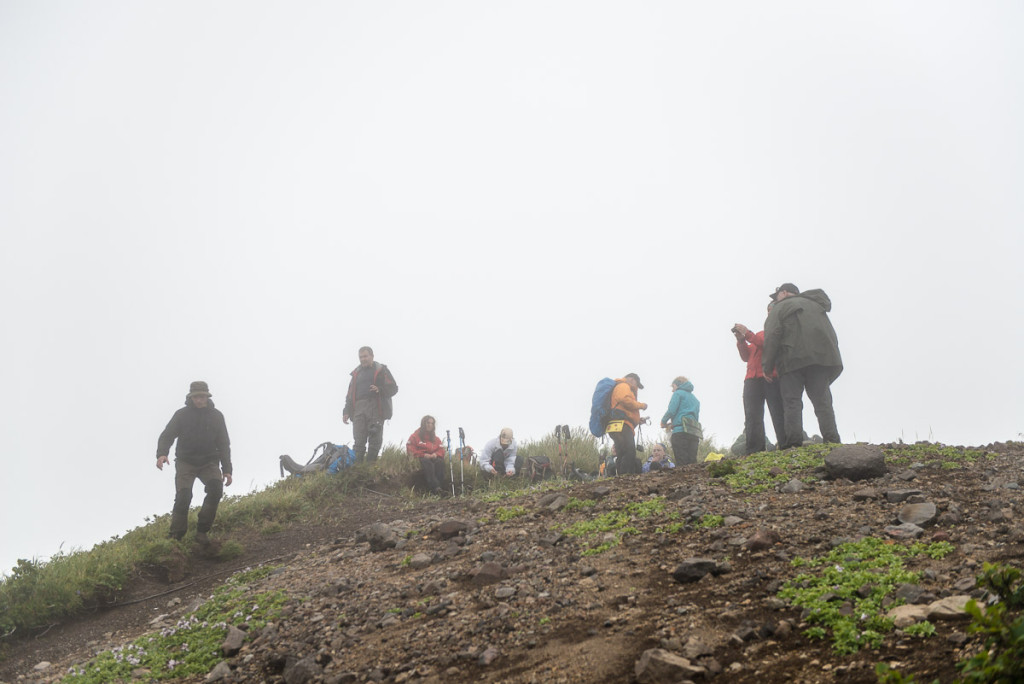 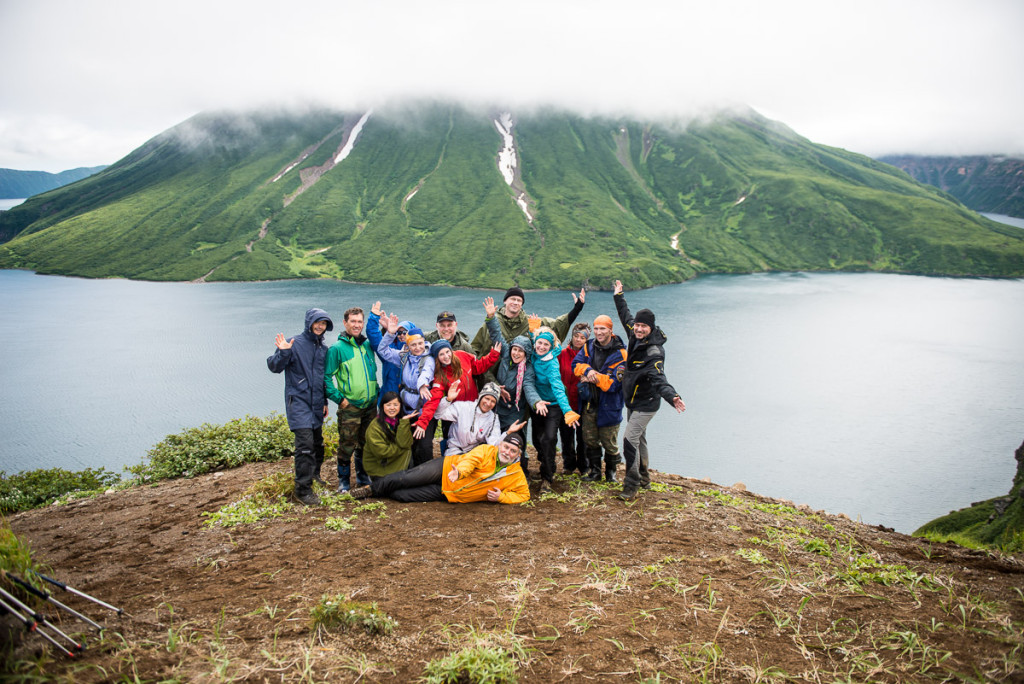 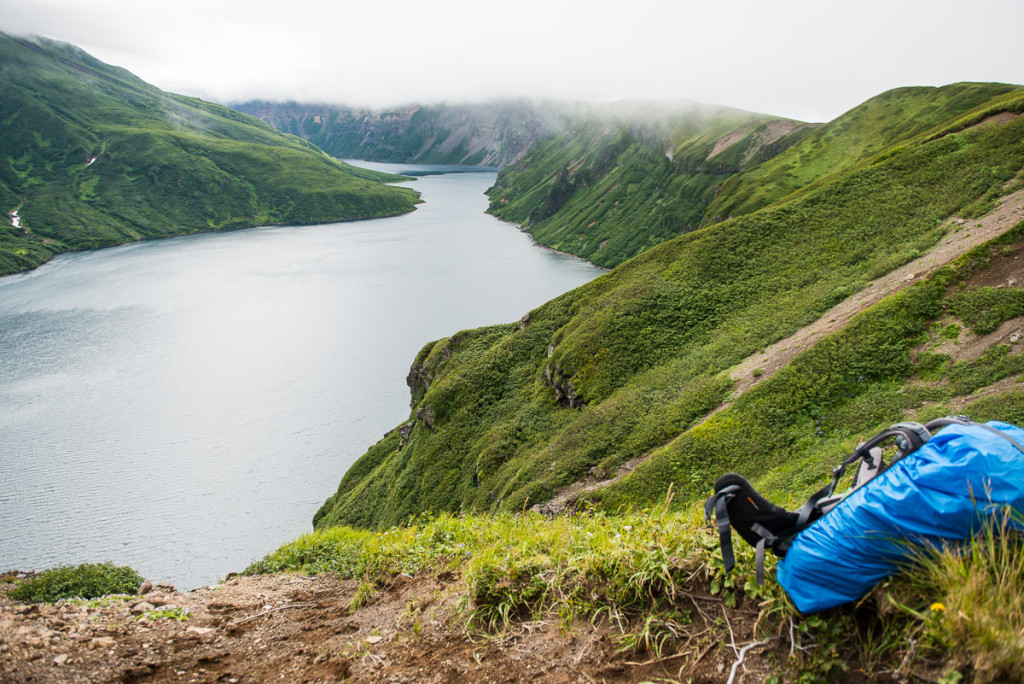 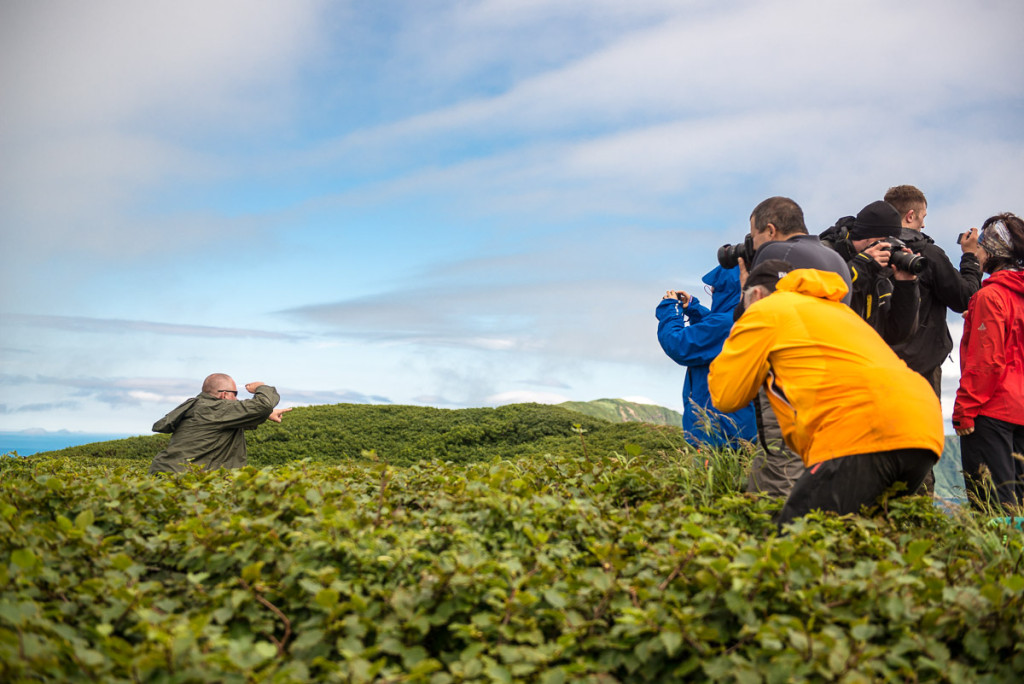 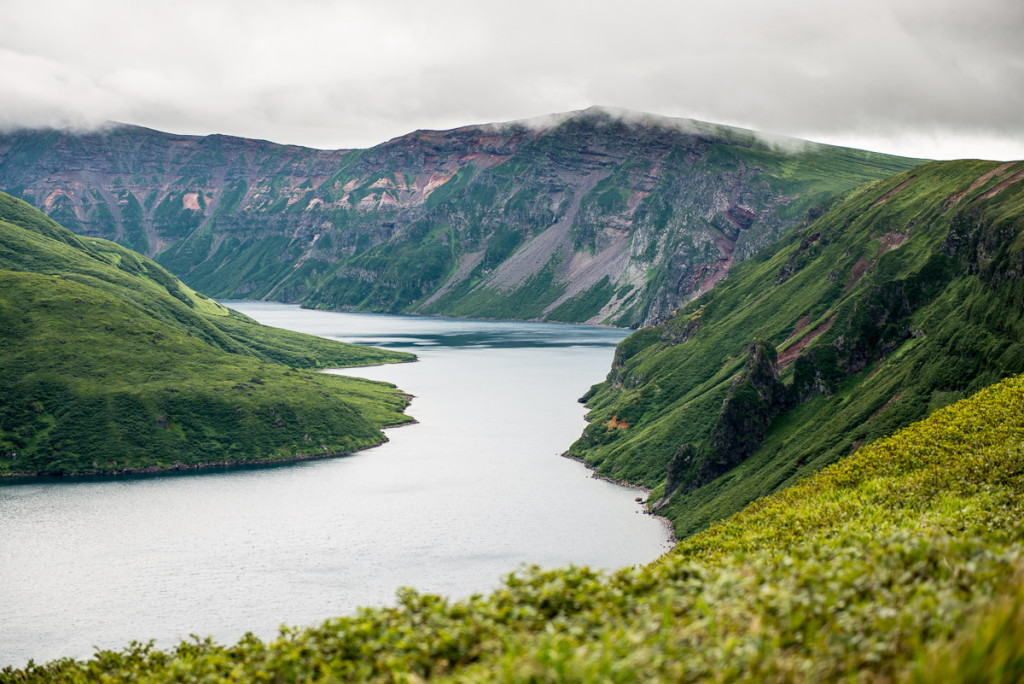 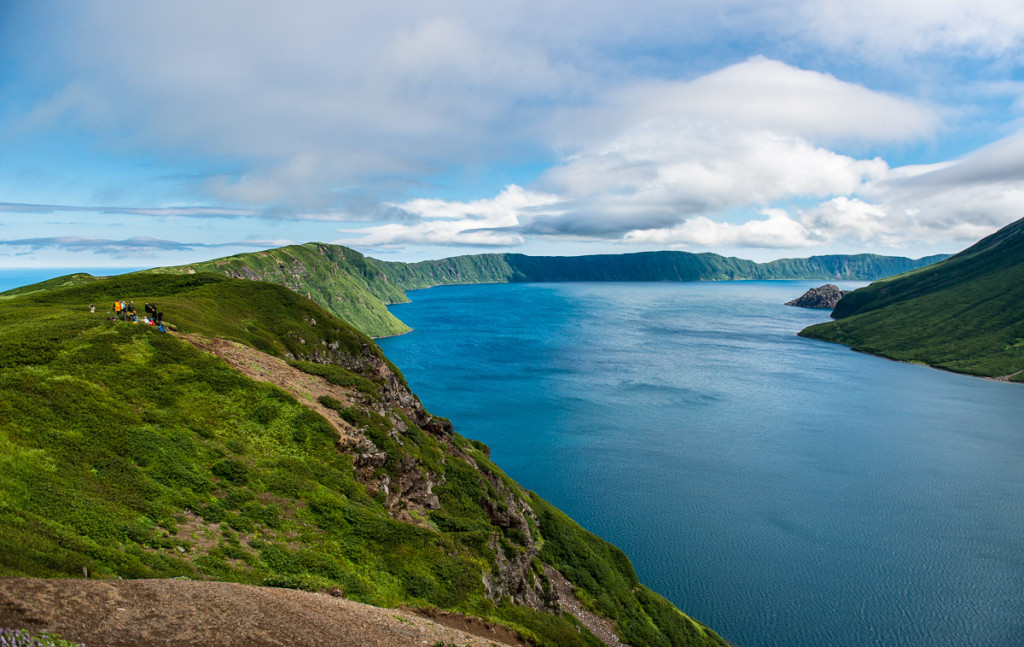 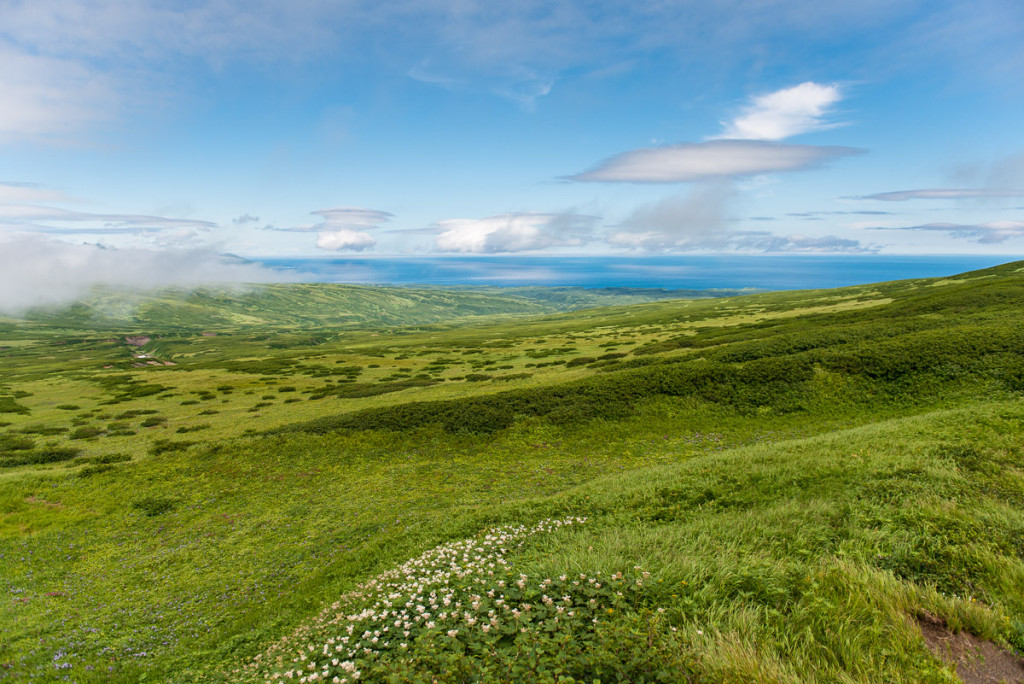 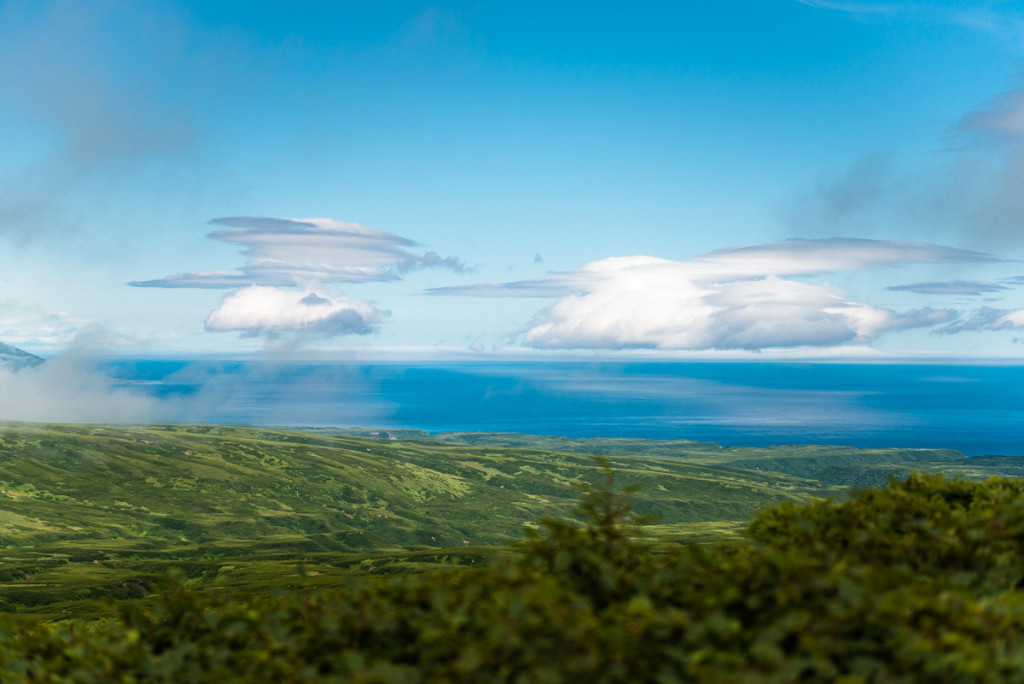 In good weather the scene here – allegedly – looks something like in the following pic; but you get such fine weather here only once a blue moon:

Take a wide-angle lens with you. The view is so sweeping that a normal lens just isn’t up to the job. Or take a mini-copter with you and have it take the pics from up above. We were told that a party once came with a motorboat and sailed round the lake. Good idea; that’s what we’ll do next time. I think tents would work too next time. We could stay a couple of days, bathe, and ‘ramble-the-rim’. So we’d need machetes – or better chainsaws – to hack our way through the thick undergrowth :). 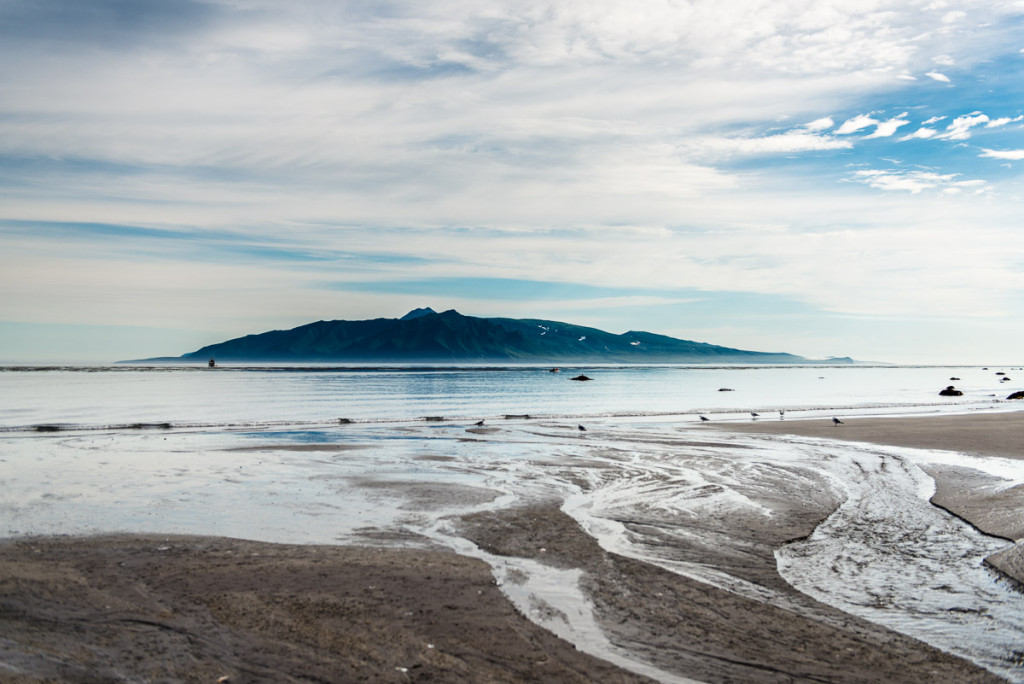