We’ve a tradition here at KL (besides the summer birthday bashes, New Year shindigs and the rest, that is). Every summer we launch new versions of our home products. Er, and it’s already the end of summer! (Eh? Where did that go?) So let me give you the highlights of the juiciest new features of our 2015 versions, or, to put it another way – about the latest sly tricks of the cyber-villains that we’ve successfully been busting with our new tech that’s winding its way into KL-2015s :).

All righty, off we go… 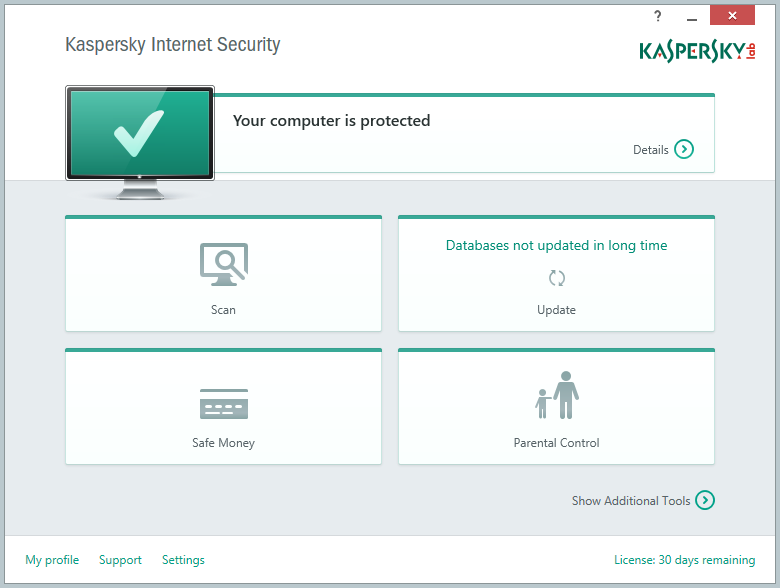 The all-seeing eye of Sauron.

Have you ever had a look at the webcam on the laptop of a security specialist? No, you wouldn’t have –  because it’d be covered up! A Band-Aid, a blob of Blu-Tack, some duct tape – whatever… main thing – you can’t see it (or should that be – it can’t see you?:).

Ever thought to ask why? No? Just as well – because with the short answer comes an accompanying reasonably-sized dose of paranoia…

Let me put it a different way… Here’s a snippet from a chat I overhead in the smoking area outside our office between two woodpeckers (both brainy, both young):

“Of course you don’t need to cover it up.”

“You sure about that? Have you reverse-engineered the driver?”

Let me translate: Exactly what your webcam is capable of is only known to its developer or, to be more precise, the guy who wrote the software part of it. Or a woodpecker who has enough time to take the software apart piece by piece. But all that’s needed is for the software to be updated and the retort of the second brainy young woodpecker becomes relevant again. So can you really trust your webcam? Probably not…

…Still, now at least you don’t need to keep it covered up with all sorts of DIY fixes that leave marks or get your laptop all sticky. Da-daaaa: We’ve added to our antivirus a specially trained driver-watchman (an add-on to the original driver – something like a virtual keyboard), which tells the user about any attempts at turning on the webcam or even its microphone. Bam! 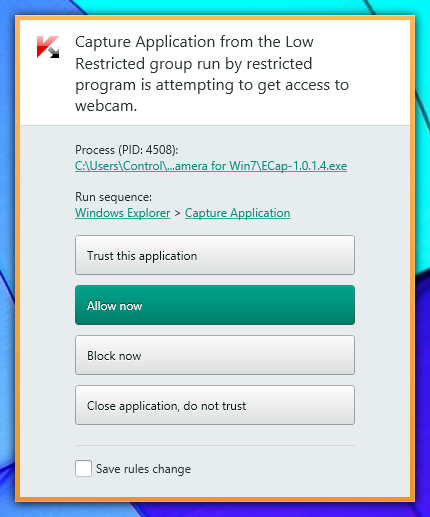 For years already blockers have been a real pain in the proverbial for many users in many countries, but at the same time users have been getting steadily better at eliminating these botherations. But the cyberworld never stands still of course, and the cyber-swine are sure to have gotten down to searching for other sources of income… and this is what they came up with – cryptolockers, which have already spread around the world like wildfire.

So what are these cryptolockers?

They’re encryptors that encrypt user data (documents, tables, photos…) that then ask the unlucky victim to transfer funds (from 50 to 2000 dollars) to an anonymous cyber-wallet. For that small sum the user receives (or maybe not) a decryption key and then quickly makes back-ups and gets down to curing her comp (or doesn’t cure it, and then has to pay twice). Not so long ago this method of extortion moved to mobile devices, including iPhones and iPads.

The problem is – or rather, was (see next paragraph) – that sometimes even we can’t help. No one can (could!). Cryptolockers can use an encryption key that’s so long that even Deep Thought or HAL or some other bright spark wouldn’t be any use. So victims often pay. Even the police! Kinda understandable in a way if you haven’t backed up or gotten yourself a decent antivirus.

However! This criminal stunt is now also taken care of by KIS 2015! As soon as it notices any kind of suspicious program opening user files, it promptly creates a local backup copy of them. If the program turns out to not be malware, the files are automatically restored from the backup. Bam! 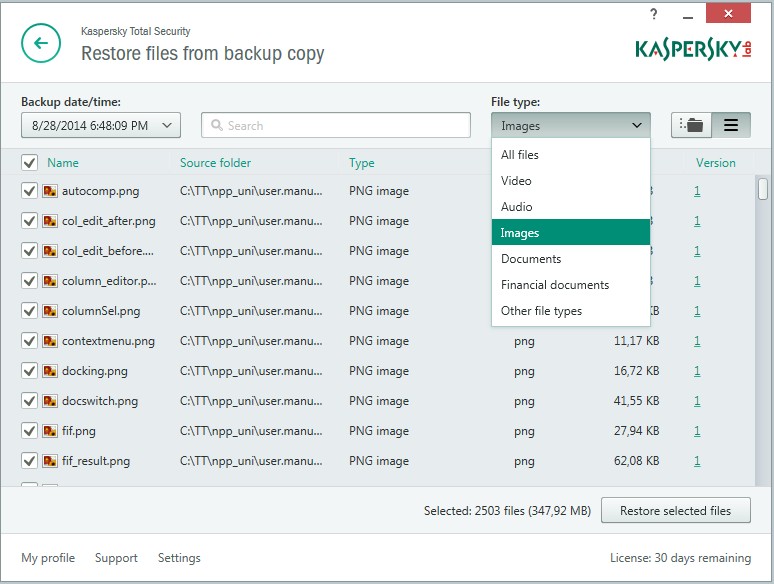 Kaspersky AV 2015 now has an extra protection against ransomwareTweet

Not all Wi-Fi hotspots are equal safe. In fact – just the opposite. Most public places that allow you to connect to the Internet for free are really dangerous. And if you add to the mix the fact that mobile apps’ security is far from ideal (especially banking app security), then you get a real potent brew of dangerousness.

Not that you’d need to worry any more about such potential for doom if you get KL-2015 installed. As soon as your KL-armed comp tries to establish a connection via a Wi-Fi hotspot, the program tests the encryption type and other network settings and, should it find any problems, warns you and provides recommendations on how to proceed. Bam!

What do the cyber-baddies most covet that’s yours? Yep – your wallet.

We’ve been protecting your wallet for a good few years already with our Safe Money technology. But that doesn’t stop us forever improving it.

In the new version, when the browser’s put in Safe Money mode we block third-party applications that love to take a peep at your comp’s copy-paste clipboard (the one with the CTRL+C and CTRL+V shortcuts). You’ll already be aware that when using certain web services (for example, online banking) all sorts of real interesting info can lurk in this clipboard – including passwords.

There’s also protection against unsanctioned screenshots, a virtual keyboard, blocking of suspicious browser plugins, validation of digital certificates, protection from exploits and other special anti-Trojan tricks of the trade… In short, your virtual wallet’s gonna be pleased :).

How many times a day do we release updates? And how much do they ‘weigh’?

Well, even I don’t know. Let’s just say – often and a lot. This means that the products on the users’ side have to download and install sometimes numerous and heavy updates, and those users may be connected to the Internet using a cellular data connection, and that of course can get expensive – especially if you’re using roaming.

Soooo, we decided to give yet further loving care to your wallet: If the (KL-2015) antivirus sees you’re connected via a mobile network, it optimizes the traffic, going as far as even fully shutting down update services. While if the tariff is unlimited, then the restrictions can be turned off. 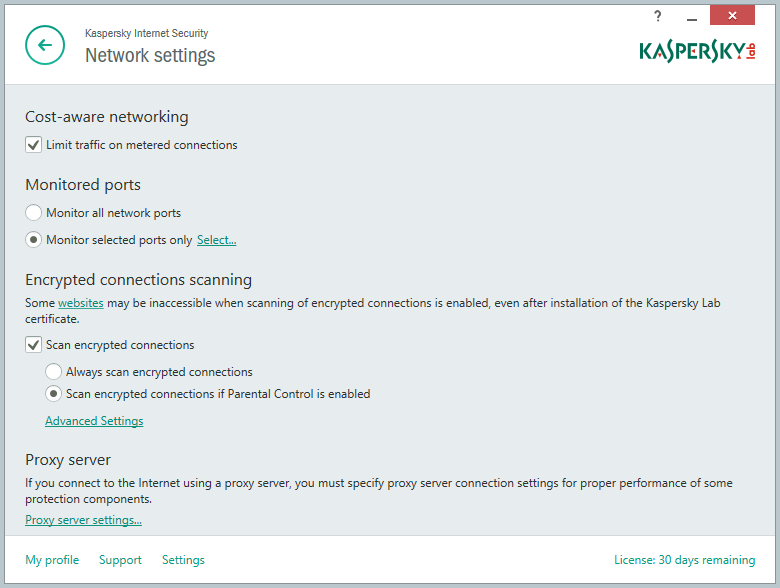 Bye for now. And stay safe!